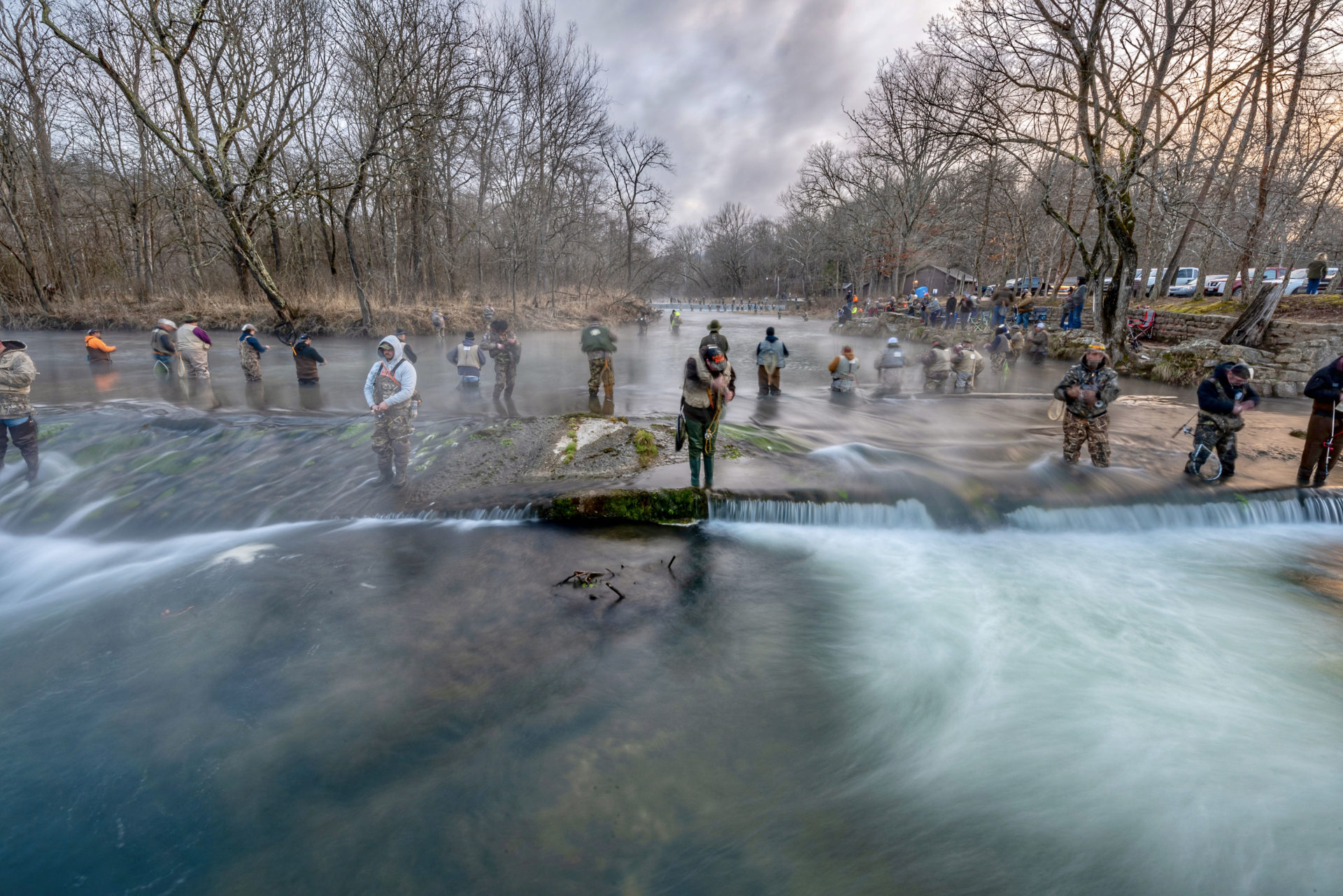 Plenty of memories are made by Missourians when visiting one of the many state parks and historic sites dotted across the Show-Me State. Parkgoers can take in the beauty of the landscape along the more than 1,000 miles of trails or discover the past at one of the state historic sites. The parks have seen an uptick in use since the pandemic reawakened families to the outdoors a few years ago. The most recent yearly numbers show that there were more than 22.5 million visitors to the parks, a 1.4 million increase over the previous year. With so much to see and do in the parks system, Rural Missouri is proud to once again partner with Missouri State Parks for the 12th Annual Missouri Snapshots Photo Contest.

The parks have activities for Missourians of all ages. Take a leisurely bike ride or hike along the Katy Trail, the nation’s longest rails-to-trails project. Break out your kayak for an adventure on the water trail at Finger Lakes State Park. Join thousands of your best friends at Bennett Spring, Montauk and Roaring River state parks at 6:30 a.m. on March 1 for opening day of trout season. Relive the days of the Old Lead Belt at Missouri Mines State Historic Site. Check out Bryant Creek State Park — Missouri’s newest park — or after a long day lay your head down at one of the many lodges or campsites in the parks.

With all of that to offer, the parks are accessible to all Missourians as the cost of admission at every park is $0. The state park system is funded through half of the one-tenth-of-one-percent parks, soils and water sales tax that is reconsidered by Missouri voters every 10 years and was last approved in 2016.

Our readers are state parks enthusiasts and weren’t shy in sharing their photos of the fun they have in the parks. We received more than 1,000 entries across our five categories.

The panel of judges consisted of staff from Rural Missouri and Missouri State Parks. They had a tall task narrowing all of those entries down to the top three in each category. They were more than impressed with the creativity and care that went into the entries. They selected a first-, second- and third-place recipient in all five categories. First-place winners will receive a $500 Missouri State Parks prize package with the second- and third-place finishers being awarded $100 and $50 gift cards respectively. Enjoy this year’s winners!

You can learn more about Missouri State Parks online at www.mostateparks.com or by calling 800-334-6946.

Camping in the Parks 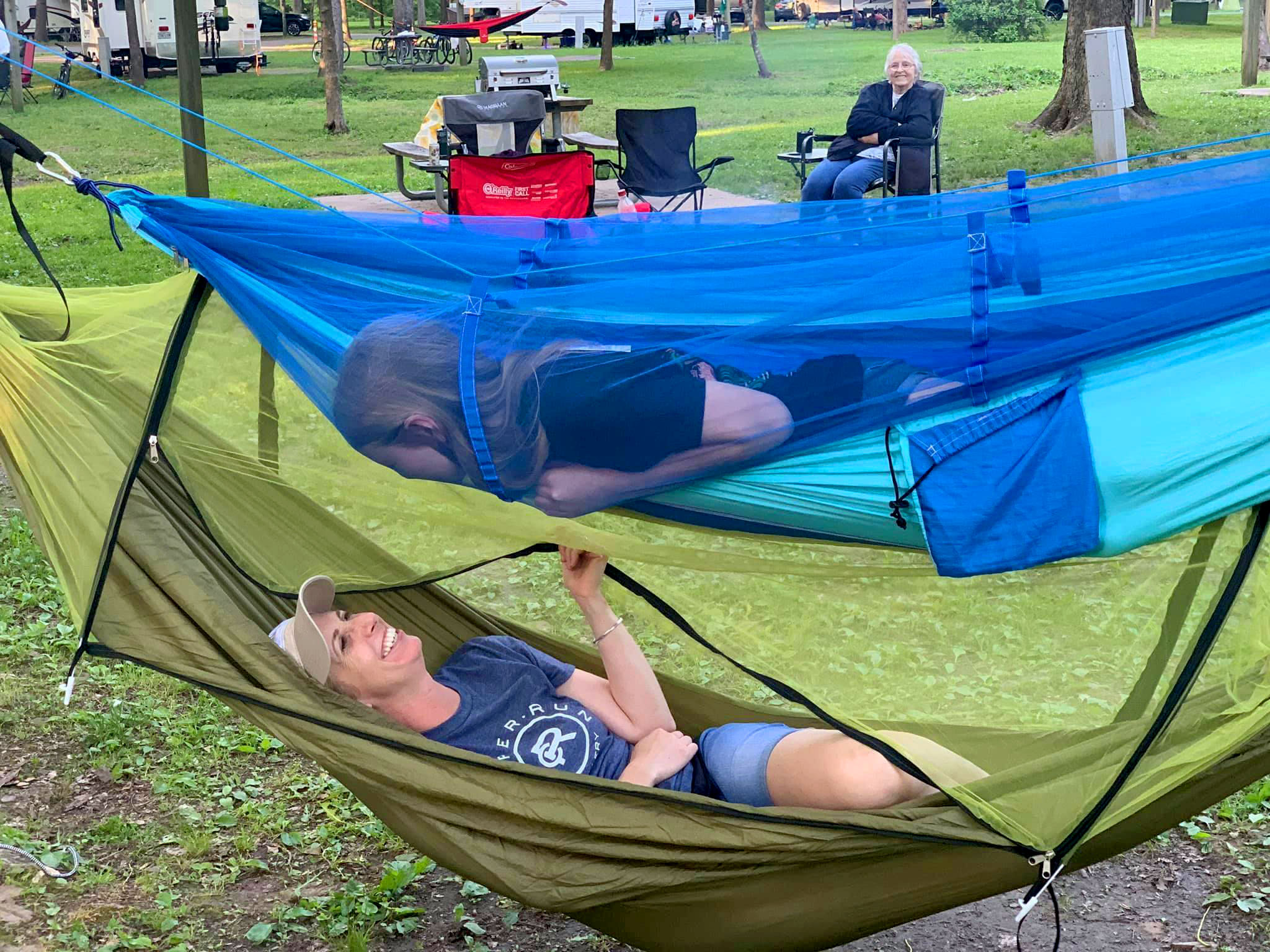 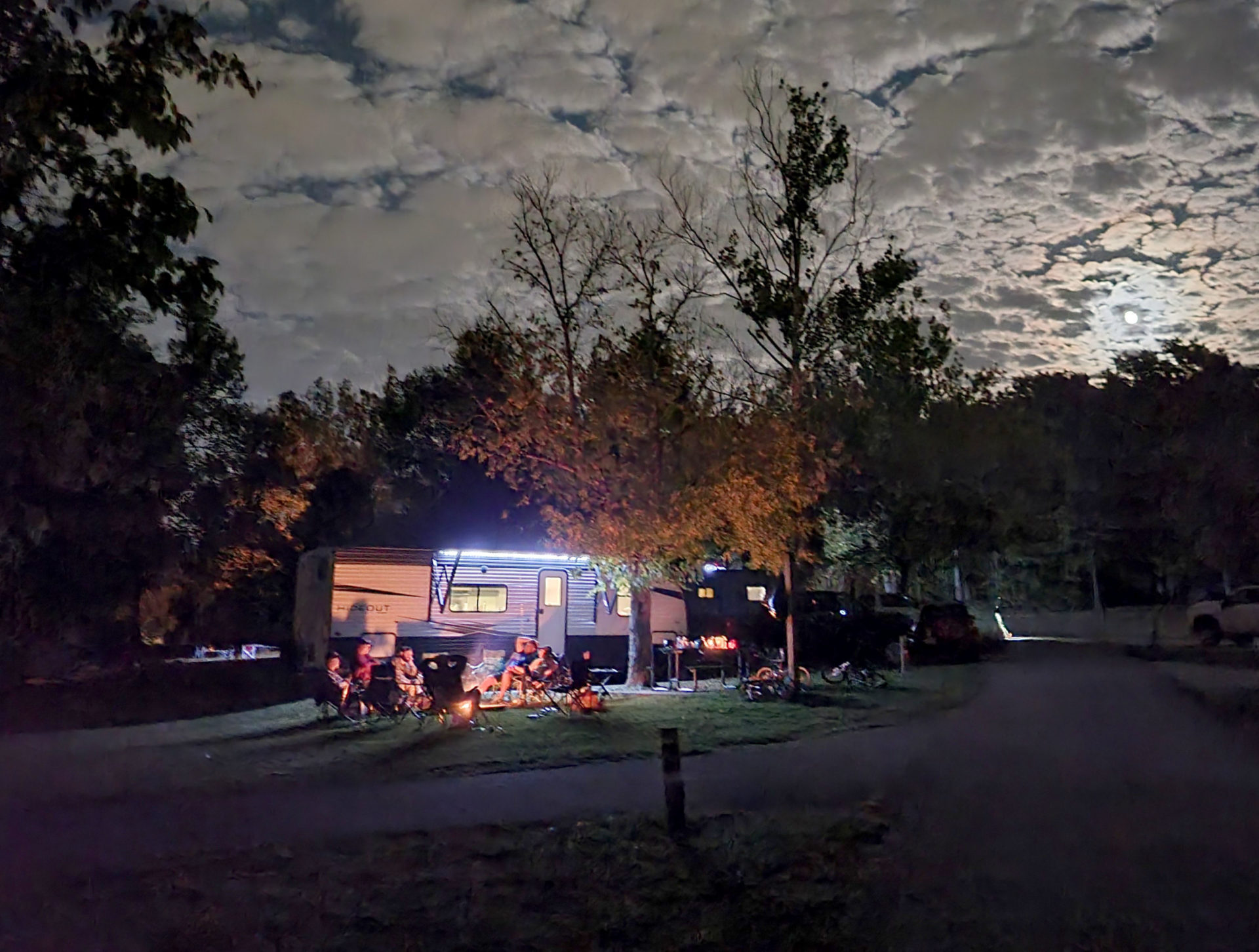 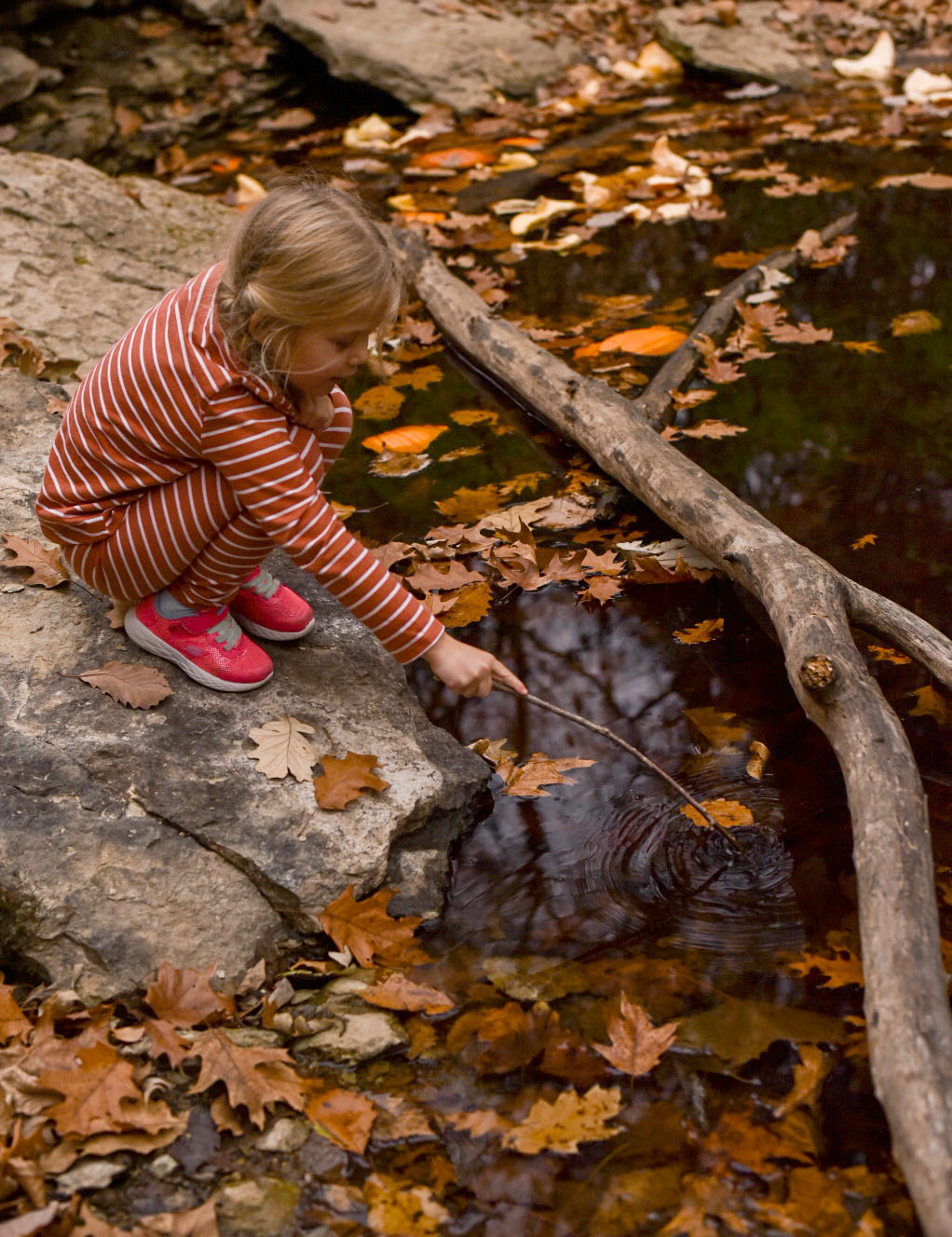 “Hammock Fun” by Cindy Edwards, Nixa. Cindy captured this fun moment of relaxing in a pair of hammocks on a trip to Harry S Truman State Park.

“Camping in Moonlight” by Barbara McNamara, Doolittle. While enjoying an overnight trip at Table Rock State Park with her family, Barbara walked away from the camper and “was greeted with this beautiful scene. The moon and sky were perfect!”

“Playing in the Creek” by Darci Wilson, Cameron. While camping at Watkins Mill State Park, Darci documented a stop to play in the creek. 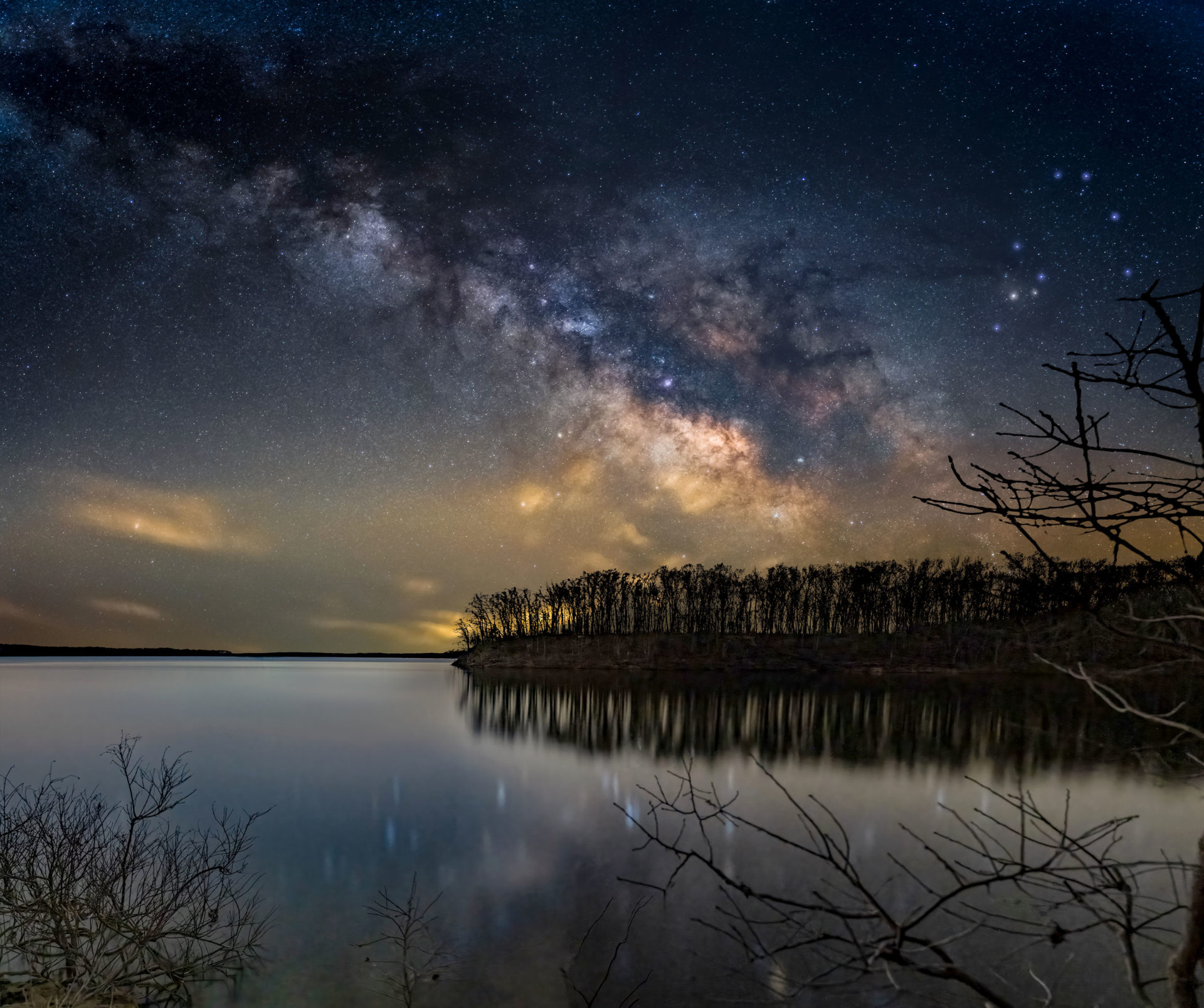 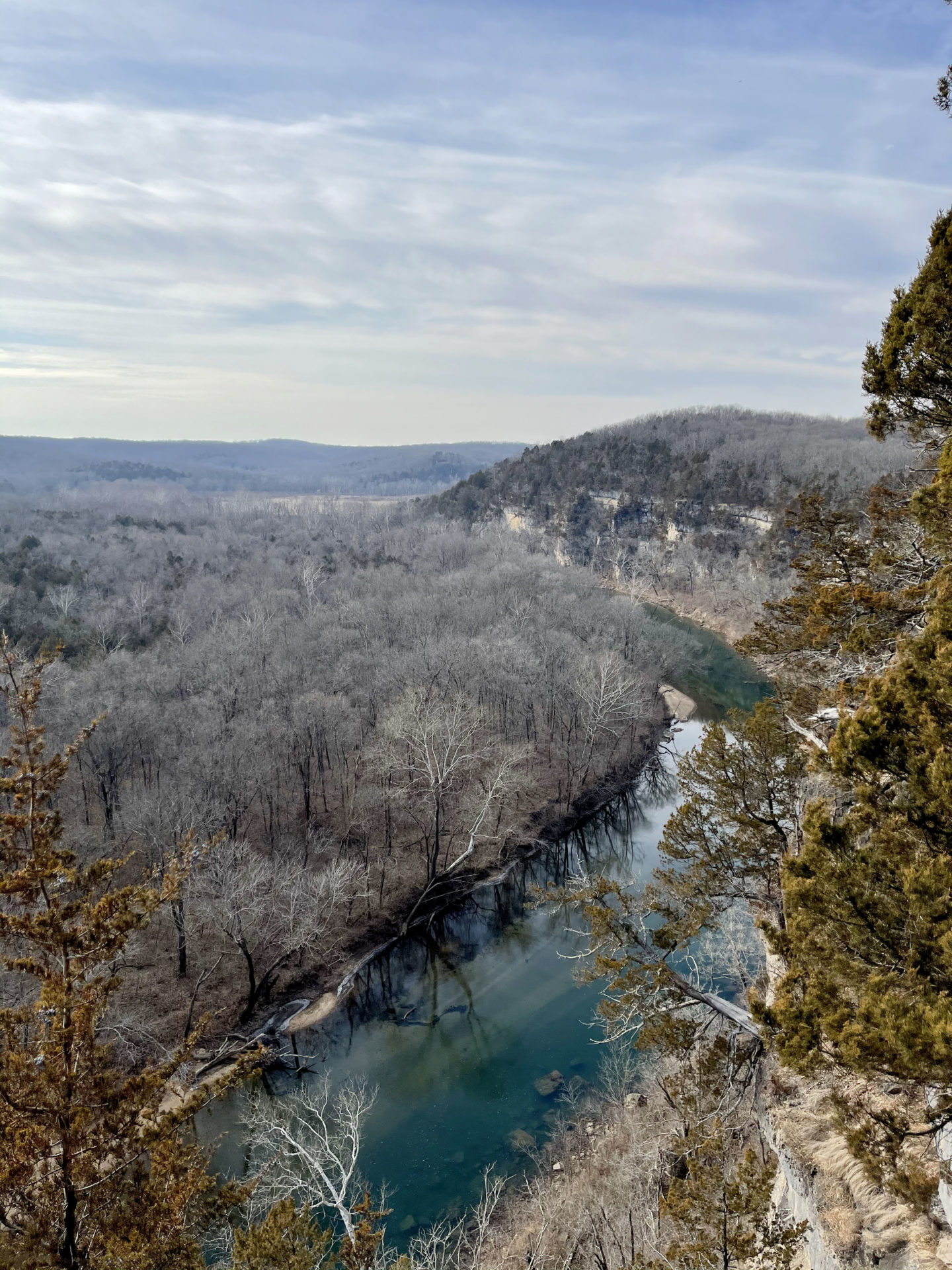 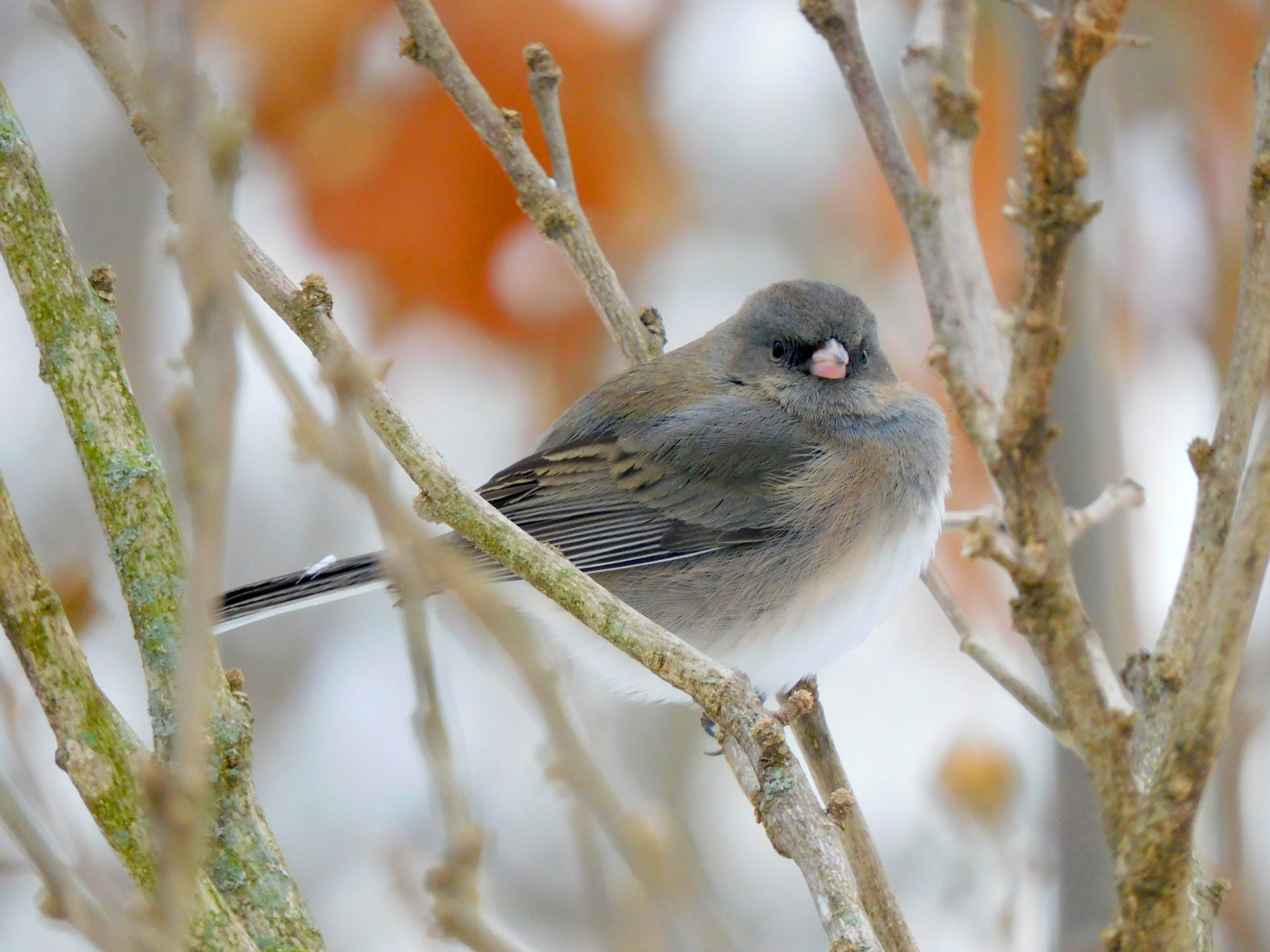 “Milky Way over Stockton Lake” by Clint Hunt, Springfield. Clint used a 30-second exposure to showcase the beauty in the sky for this first-place photo at Stockton State Park. He says Missouri’s parks and campgrounds are “where you can see all the stars in the sky.” 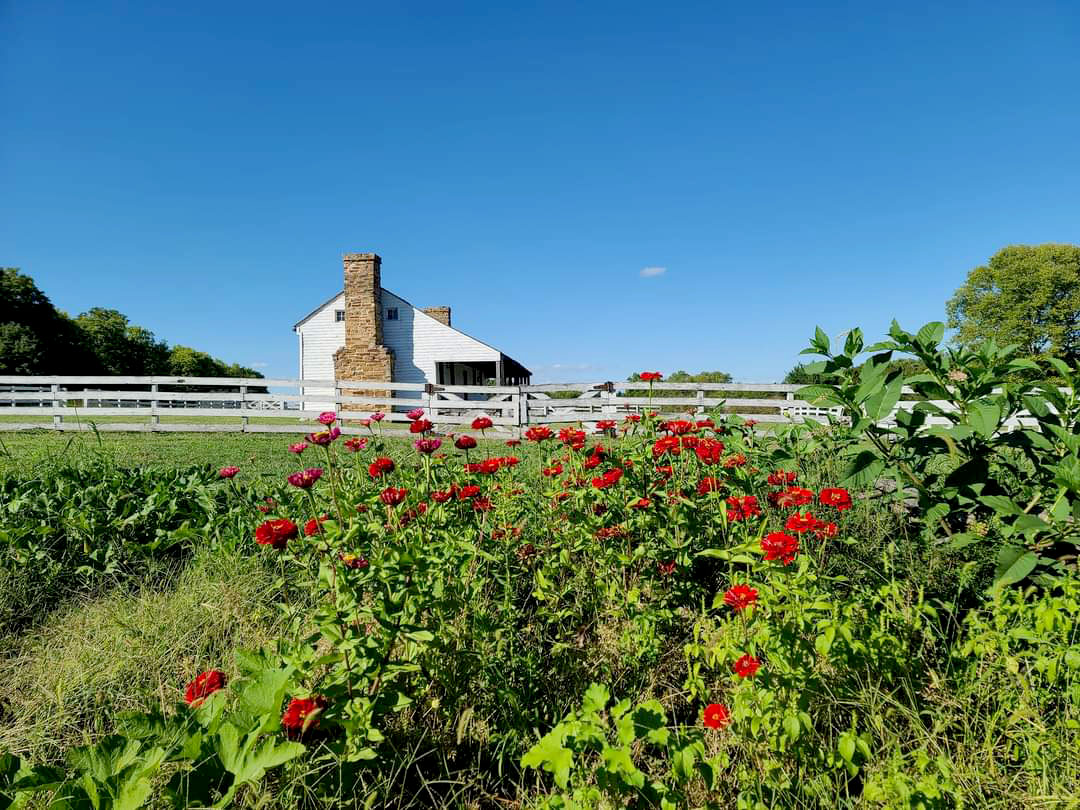 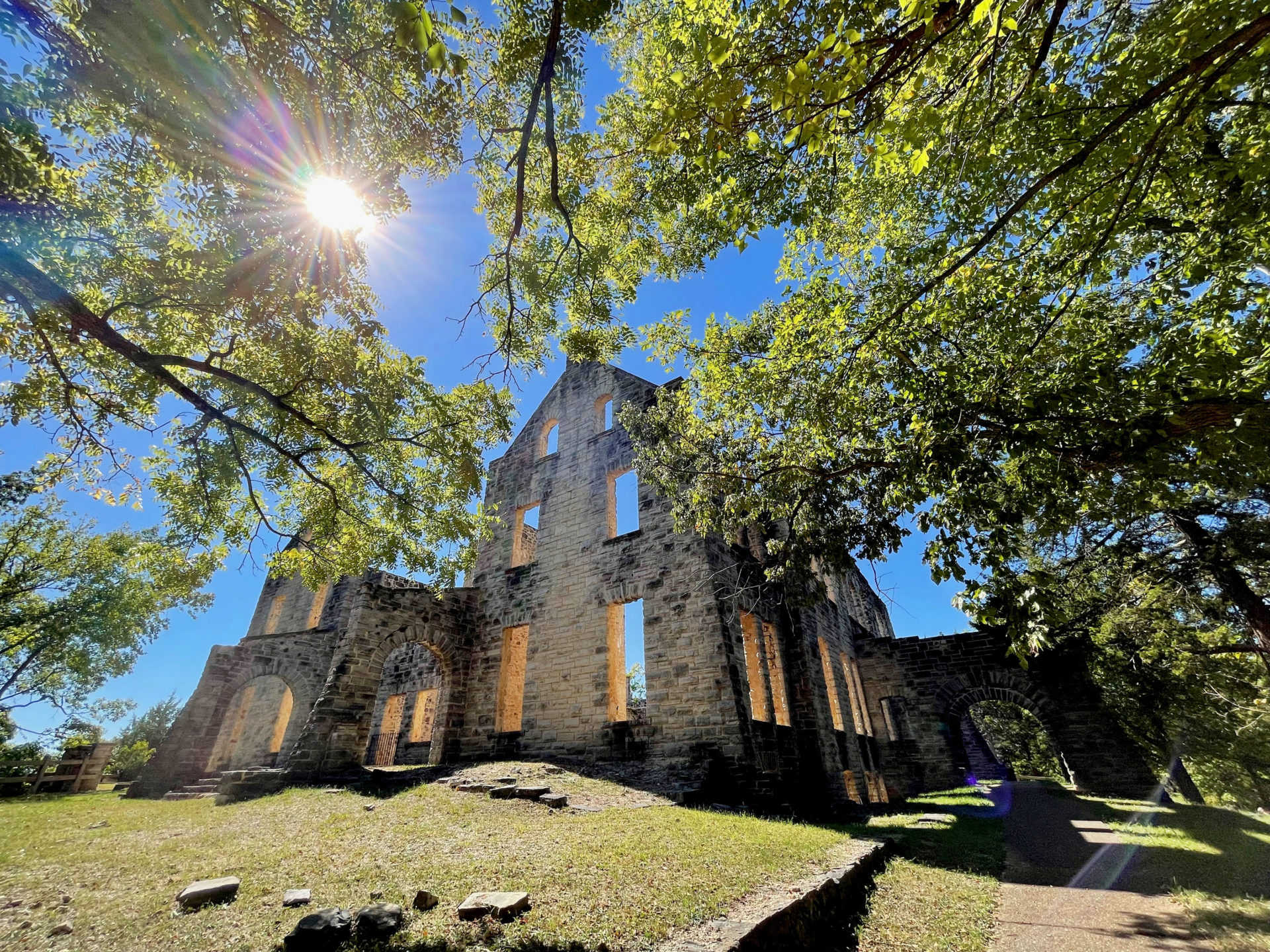 “Boone’s Homestead” by Alissa Crigger, Lebanon. Allisa incorporated blooming zinnias in the foreground of her photo of the homesite at Nathan and Olive Boone Homestead State Historic Site.

“Still Shining” by Terri Hunter, Lebanon. The judges saw a lot of photos of the castle ruins at Ha Ha Tonka.Terri’s early autumn photo was their favorite of the popular site.

Fun on the Water 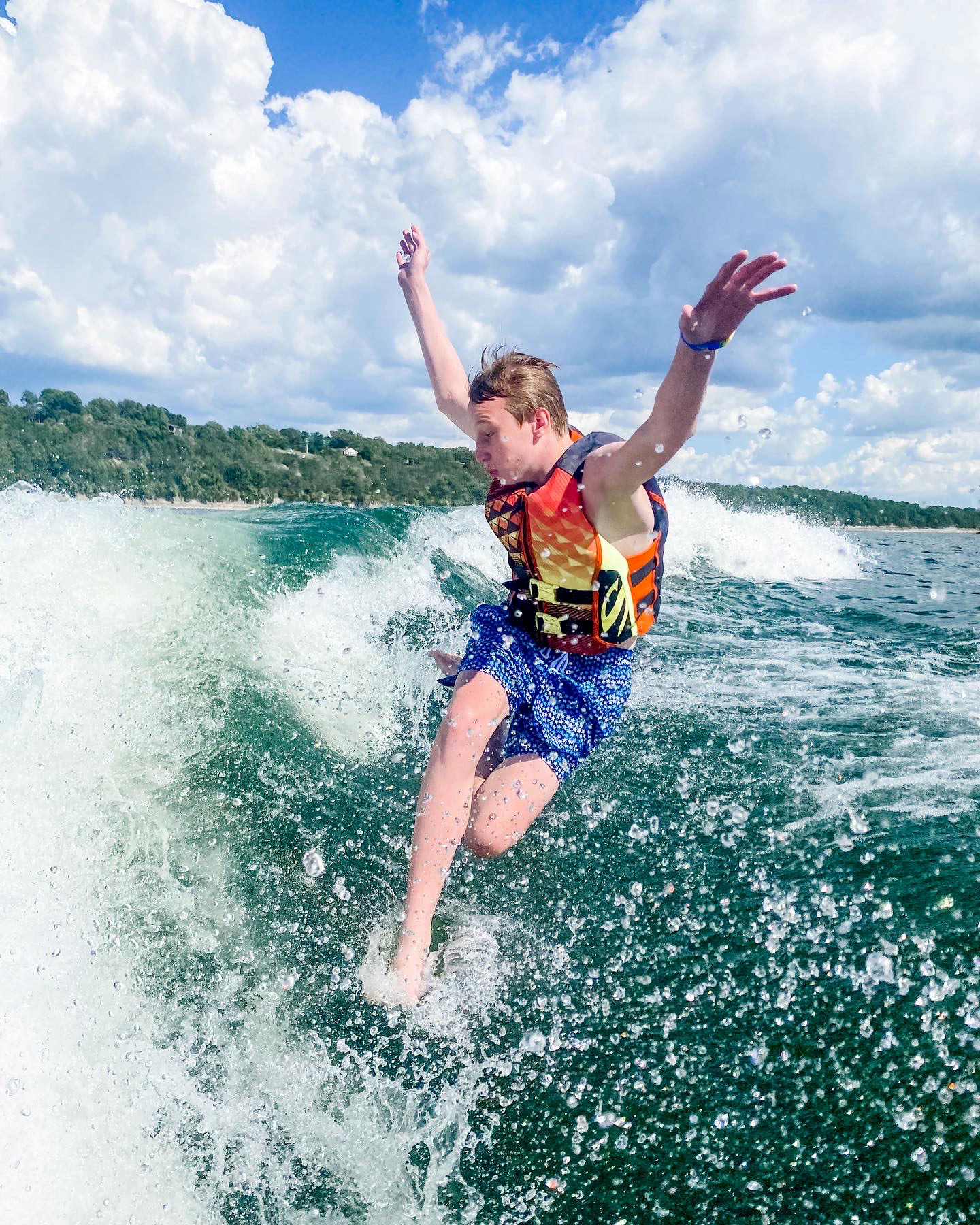 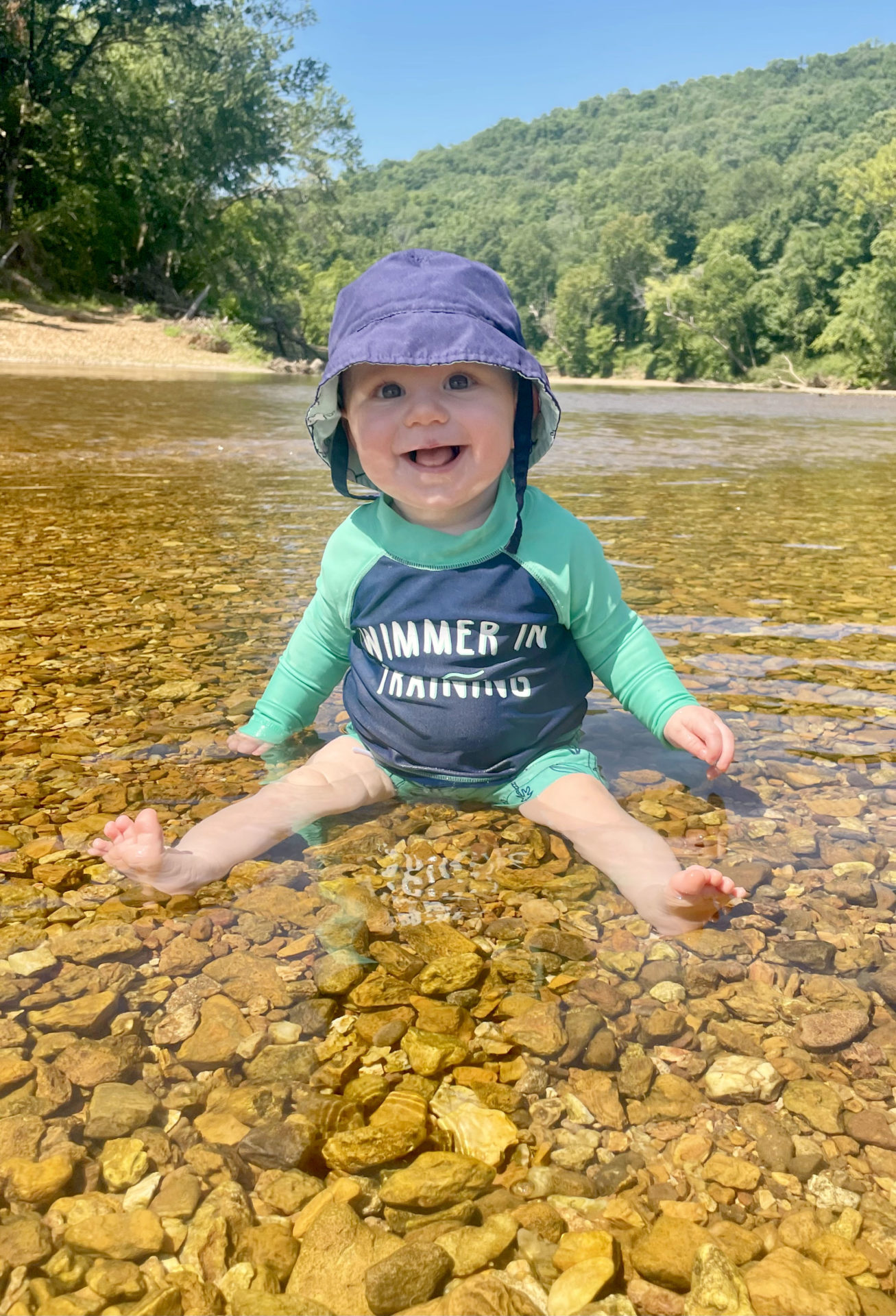 “Wakesurfing” by Kristi Mooneyham, Bolivar. This shot by Kristi at Table Rock State Park shows there’s no shortage of aquatic activities to do at Missouri’s state parks. The photo was shot just before the wakesurfer fell into the water.

“My First Camping Trip” by Rebecca Bax, Foristell. It’s important to cool down in the water on your first ever camping trip. Rebecca took this while taking a break to play at Sam A. Baker State Park.

“Montauk Angler” by Ron Lewis, Licking. March 1 is a popular day for fishermen in Missouri. Ron used a 2 1/2-second exposure to give the water movement while still catching the fishermen on opening day at Montauk State Park. 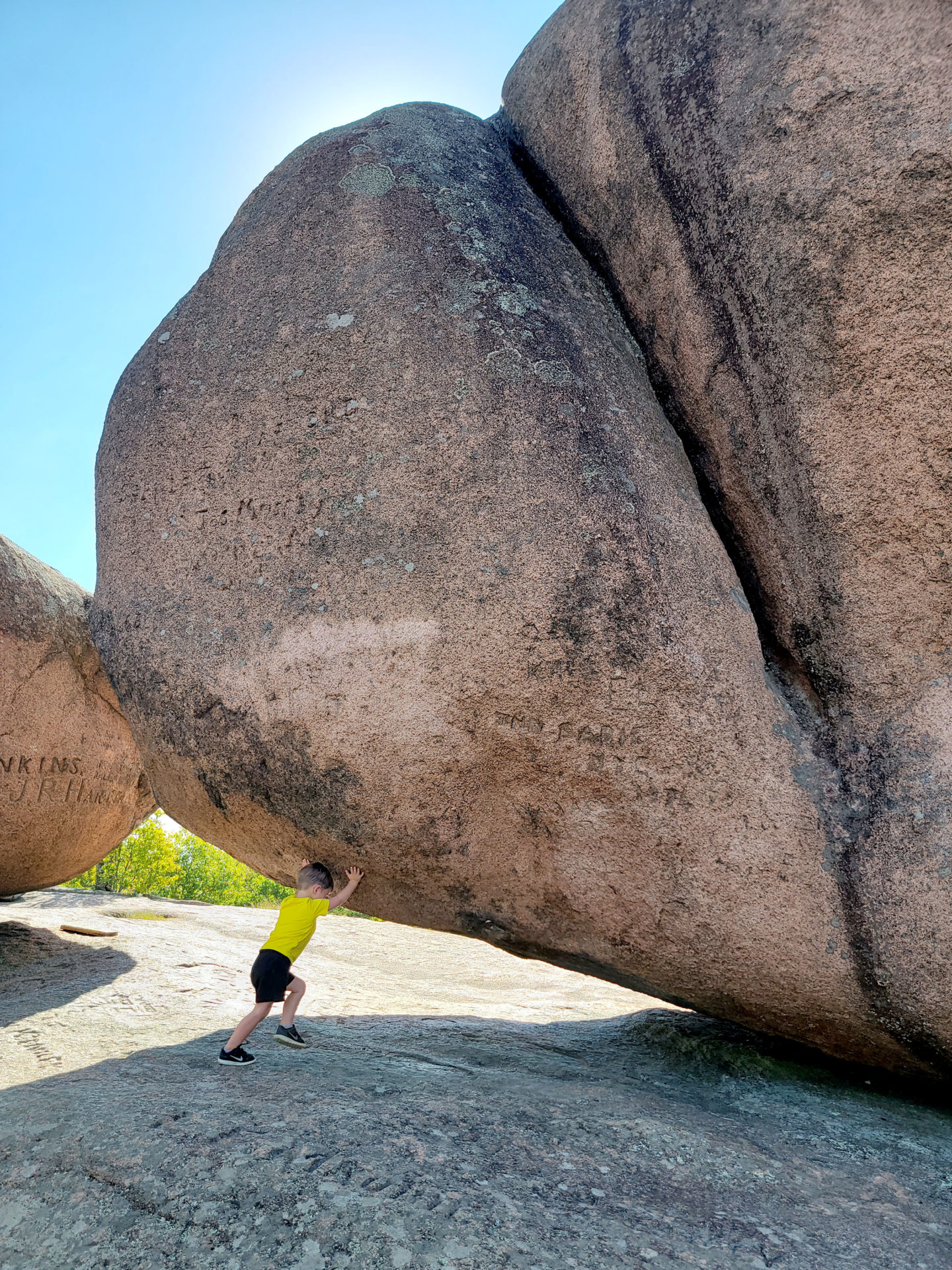 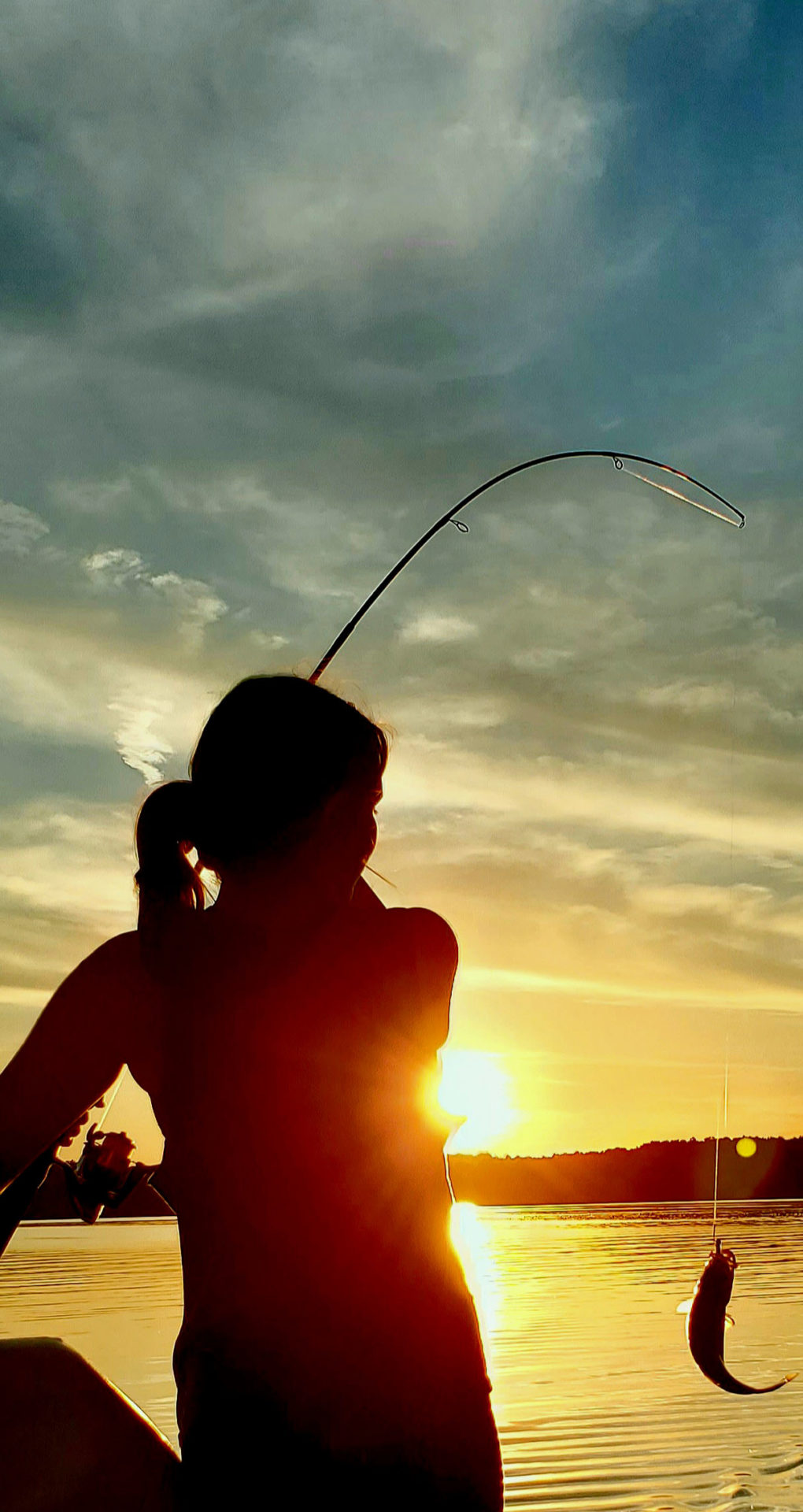 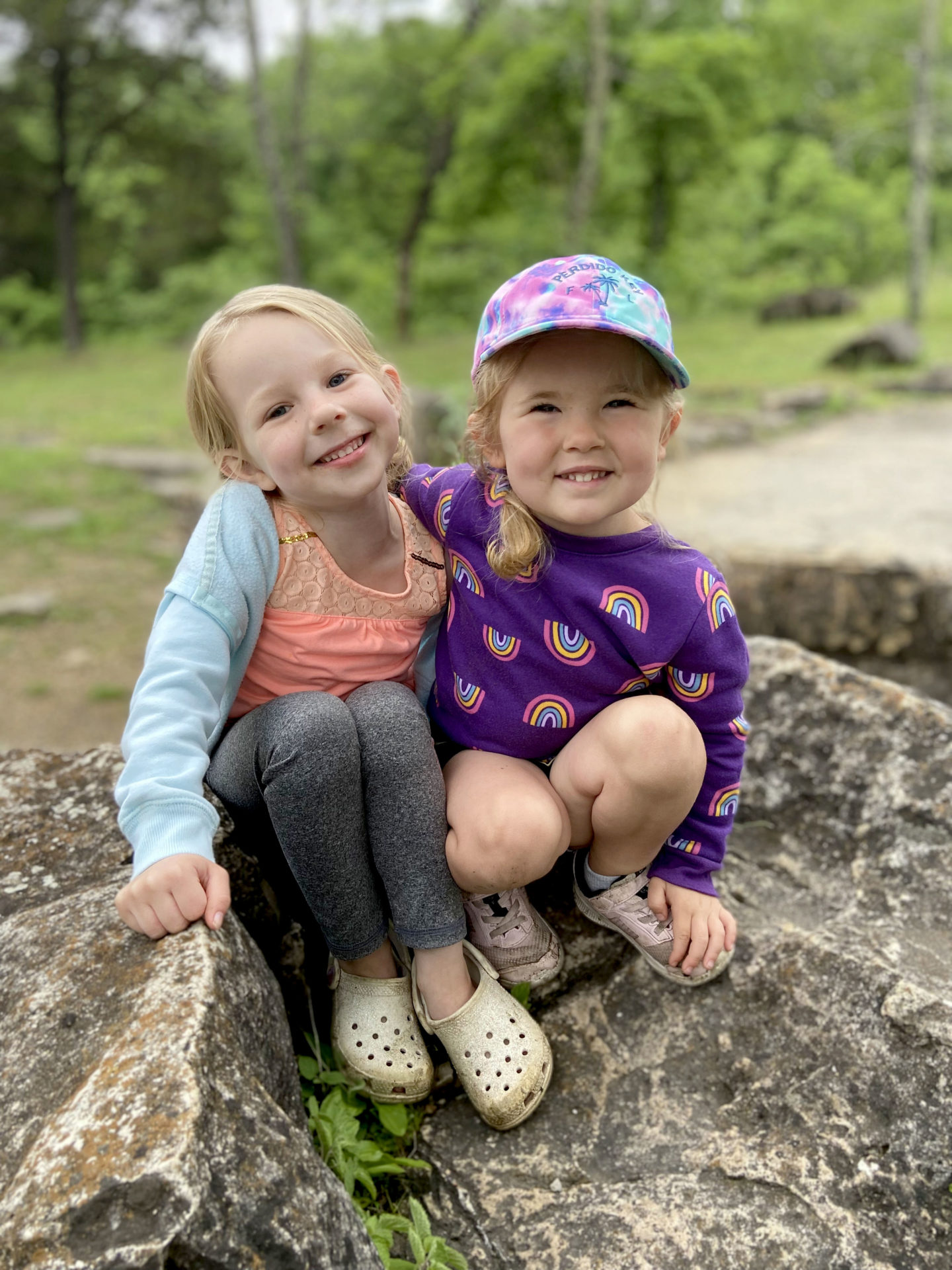 “Push Hard” by Miranda Dean, Des Arc. Miranda stopped to take some fun photos while she was enjoying the beauty of Elephant Rocks State Park.

“A Truman Lake Beauty” by Casey Boyd, Grovespring. Just as the sun sets, Casey took this photo of their first white bass catch of the year at Harry S Truman State Park.

“Cousins Make the Best Friends” by Jolene Pohlman, Perryville. Jolene was out for a hike in between rain showers while camping at Washington State Park when they decided to stop for a cousins picture.