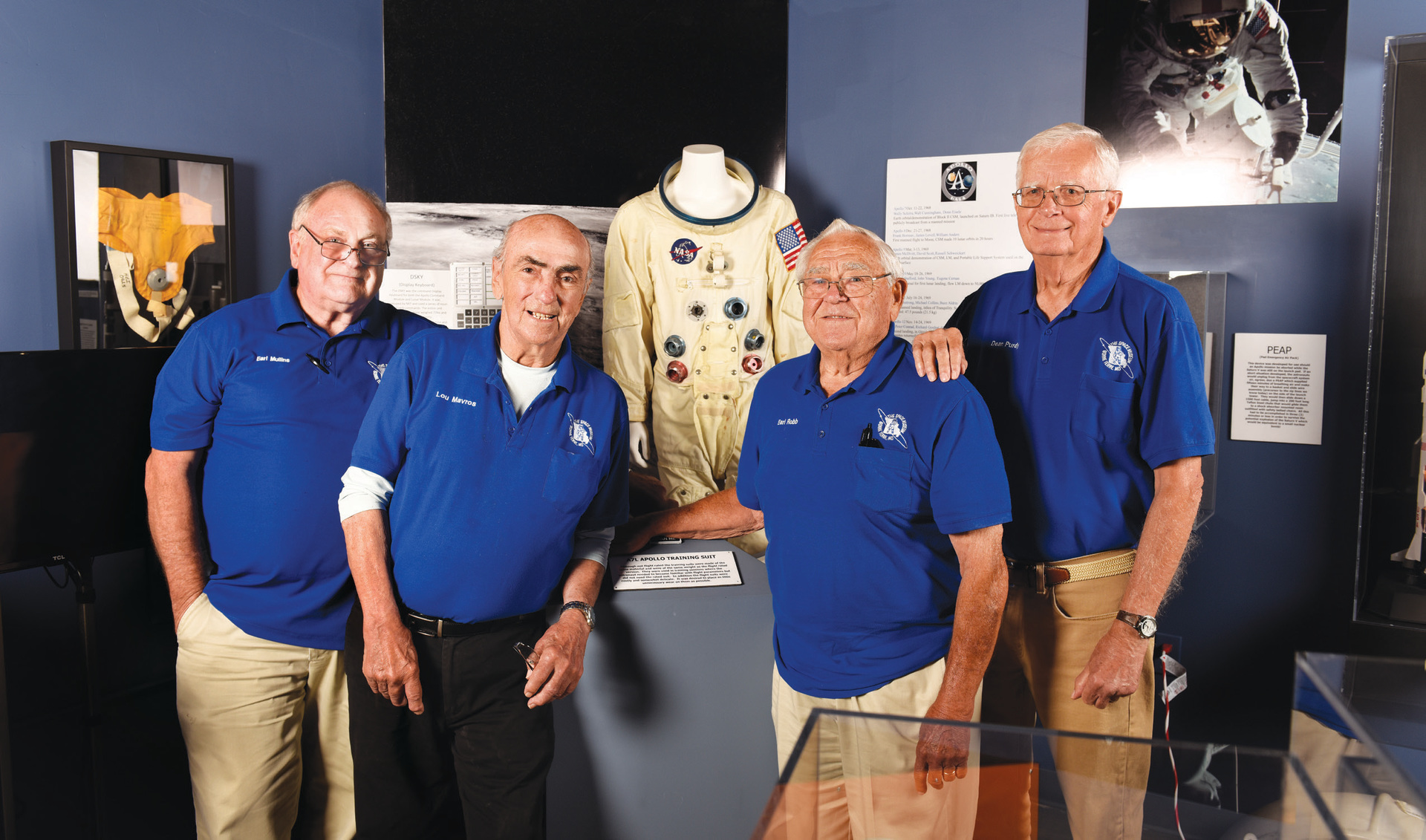 Earl Mullins remembers when he first saw it moving across the night sky nearly 60 years ago. The equivalent of a giant silver balloon floating in space, the Echo 1 was the first satellite to relay messages back to Earth. People watching were captivated by the orbiting object, which was brighter than most stars to the naked eye.

“I was lying in our yard in the dark as it moved across the sky,” Earl recalls. “From that moment on I was hooked on anything that had to do with space.”

A plastics plant engineer by trade, Earl spends nearly every moment away from work promoting all things galaxy related at The Space Museum in Bonne Terre, much of which is from his personal accumulation.

“It’s pretty much a collection that outgrew the house, so it had to go somewhere,” Earl notes. His original small Space Museum, which opened in 2005 in a building down the block, now serves as administrative space to the adjacent 5,000-square-foot museum.

The Space Museum and Grissom Center, as it’s now known, rivals a NASA or St. Louis Science Center experience when it comes to learning about space travel.

Earl says his collection, while not all on display, now amasses more than 2,000 pieces. Several items on display have been loaned to Earl by other collectors or even NASA as part of rotating displays. Some of the most prized relics relate to astronaut Virgil “Gus” Grissom and were offered to Earl by Lowell Grissom, the astronaut’s brother. Gus was America’s second man in space and the first astronaut to fly on two missions. He was one of three astronauts killed when a fire engulfed the Apollo 1 space capsule during a preflight exercise.

The museum, located in the lead-mining community about an hour south of St. Louis, offers a great day trip for school groups or an anyone else interested in learning more about space exploration.

Earl walks around the museum noting items that always seem to pique the interest for all ages. One of those is a white object about an inch square.

“This was an 8-ounce Styrofoam cup that went down with the Liberty Bell 7 capsule,” he says. “The pressure at that depth is 7,000 pounds per square inch. It crushed all the air out of the cup.”

Earl offers the opening of a huge glove.

“Want to try on a glove worn by an astronaut?” he eagerly asks a guest. 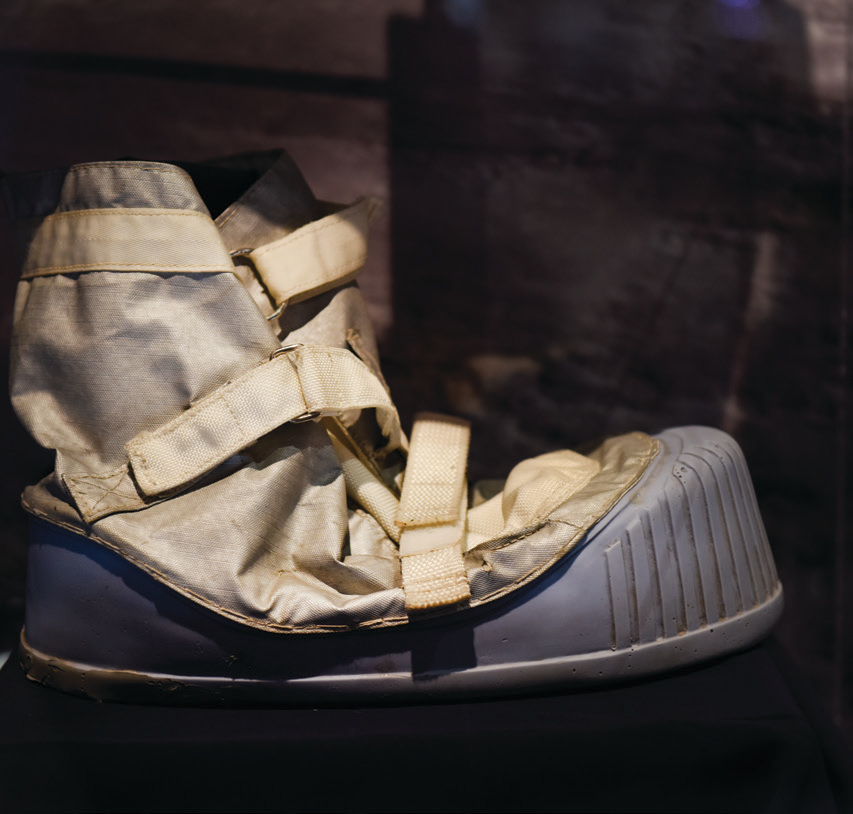 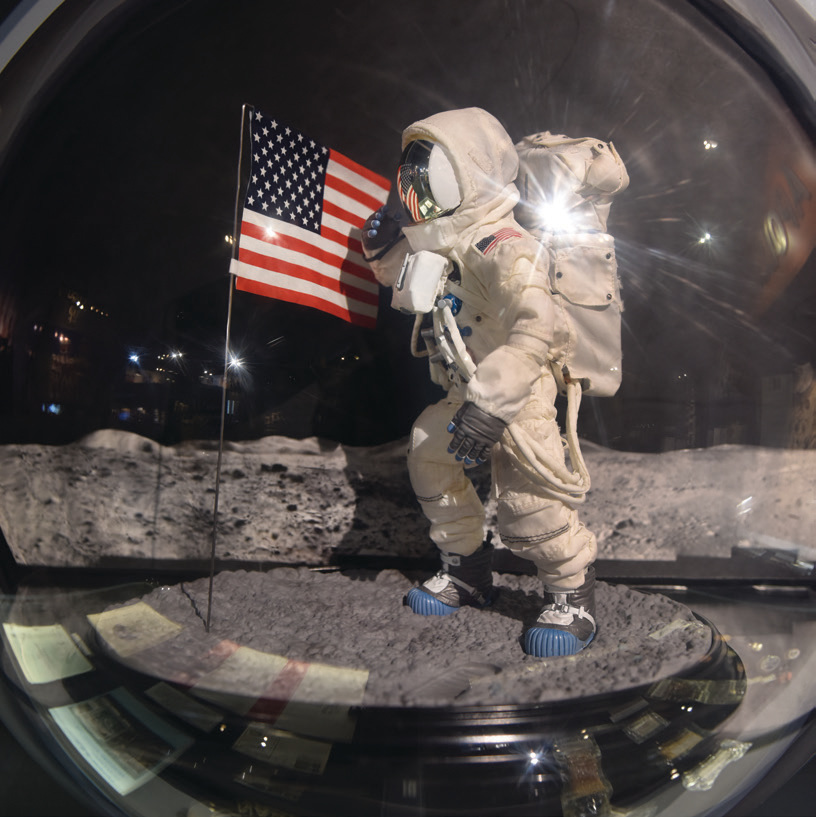 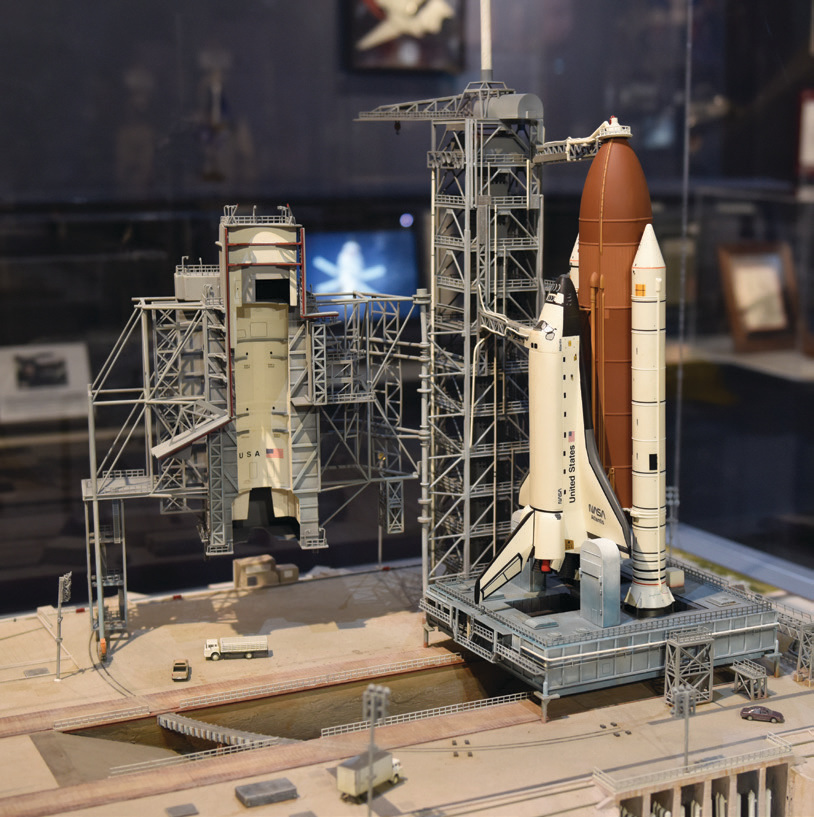 The museum is arranged to walk visitors through the 1950s to the present day. Exhibits include a display about the German rocket engineers and their part during the early years of manned space flight. There are also lots of space-wear items on display — helmets, suits, undergarments, boots, you name it.

Another prized possession includes a Mercury flight operators manual signed by astronaut Scott Carpenter, one of NASA’s original astronauts. There also are packets of astronaut food which Earl says, “in a pinch, could probably still be eaten.” Visitors also enjoy touching the piece of meteorite which fell from the sky thousands of years ago. Kids love the display, especially when he lets them snap a magnet to its side to show the high iron content.

Retired McDonnell Douglas engineers Dean Purdy, Earl Robb and Lou Mavros serve on the board of directors for the museum. The three understand the excitement behind Earl Mullins’ passion for “all things space” because they’ve each worked on projects which sent astronauts into orbit.

“We helped design, build and test space programs like Mercury and Gemini and then sent them on to Cape Canaveral for final testing. It was an amazing feeling when you’d see the spacecraft lift off,” Dean says. “It was a job like no other.”

Earl Robb looks around the museum, proud of what it offers visitors and adds, “We didn’t realize we were making history. If I’d have known, I might have saved more stuff.”

Museum curator Earl Mullins loves it when school classes and other groups come to visit because he can tailor presentations to the group. Other “gee wow” moments come when he tells about items we wouldn’t have today if it weren’t for space travel.

Excited as a kid in a candy shop about every object in the collection, Earl points out bolts the size of soccer balls on the floor by a display.

“They weigh 30 pounds each and are some of the eight bolts that hold the shuttle to the launch pad,” Earl says, noting each costs about $3, 000.

In another area, a movie clip surrounds viewers with the sights and sounds of an actual liftoff, an exhibit not for the faint of heart.

Before exiting, be sure to visit with the museum’s latest addition, Max, the robotic thespian that enjoys quoting movies and fun facts about space.

“We’ve got something for all ages,” says the Earl. “While we’re excited to be a unique museum, we’re trying to let people see how important space exploration has been and continues to be. If we can inspire generations to dream about going to the moon or beyond, then we’ve accomplished something big.”