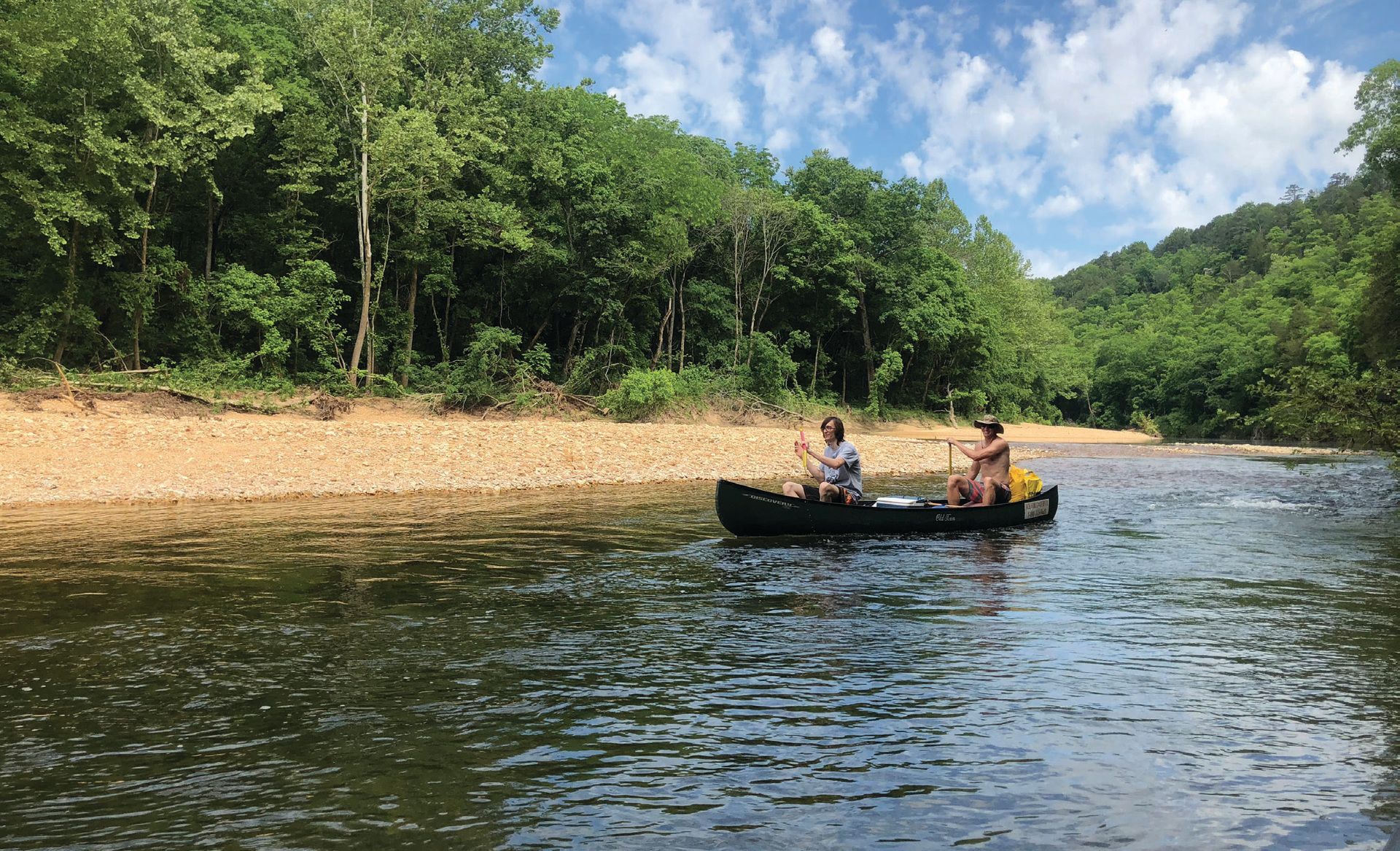 If you’re looking for an autumn outdoor adventure in the Ozarks, there are lots of possibilities. At the top of the list are two old favorites: a relaxing float with a fishing pole and a walk in the woods amid the changing leaves. And if you just can’t decide between the two, that’s OK. You don’t have to, if you’re willing to try the Current River Challenge. It’s a great way to put your outdoor skills to the test and experience the best of the Ozarks across three parks in one public lands package.

“Whether your interests lie in the natural resource, the history of the Ozarks or simply outdoor recreation, the challenge offers something for almost all users,” says Dena Matteson, chief of interpretation, planning and partnerships for the Ozark National Scenic Riverways. “And it doesn’t have to be a one-day push.”

Your mission, should you choose to accept it, is simple: Hike from Round Spring in the Ozark National Scenic Riverways to Echo Bluff State Park and on to Current River State Park before paddling back downriver to Round Spring. The journey’s three parts can be completed in any order, at any time. A map can be picked up at the Round Spring ranger station or Echo Bluff. Just stamp it at each stop in order to collect your decal at trail’s end.

The 12-mile trip can be completed in a single day, but save the speed records for a second attempt. Otherwise you might be missing the best of what one of Missouri’s national parks, two state parks and the Ozark Trail have to offer. The hiking portion follows 8 miles of the Upper Current Section of the Ozark Trail, meandering upriver through lush wooded hollows. On the float downstream, paddlers pass a spring, an old homesite, Merritt Rock and Cave and the confluence at Sinking Creek where you can stand in each stream and feel the temperature difference.

Whether you’re a newcomer to the parks or trying the challenge for the first time, it’s a good idea to be prepared, research the trail and to let someone know your plans including when you expect to finish the trip. Check in with park staff for tips on that park’s specific leg of the challenge or any changes to trail, river or weather conditions.

“We want them to have that first-person interaction with the parks and the challenge so they can be successful at whatever pace is best,” Dena says of would-be Current River challengers. “And we want them to think about the environmental conditions expected during the time they are planning to hike and float.” 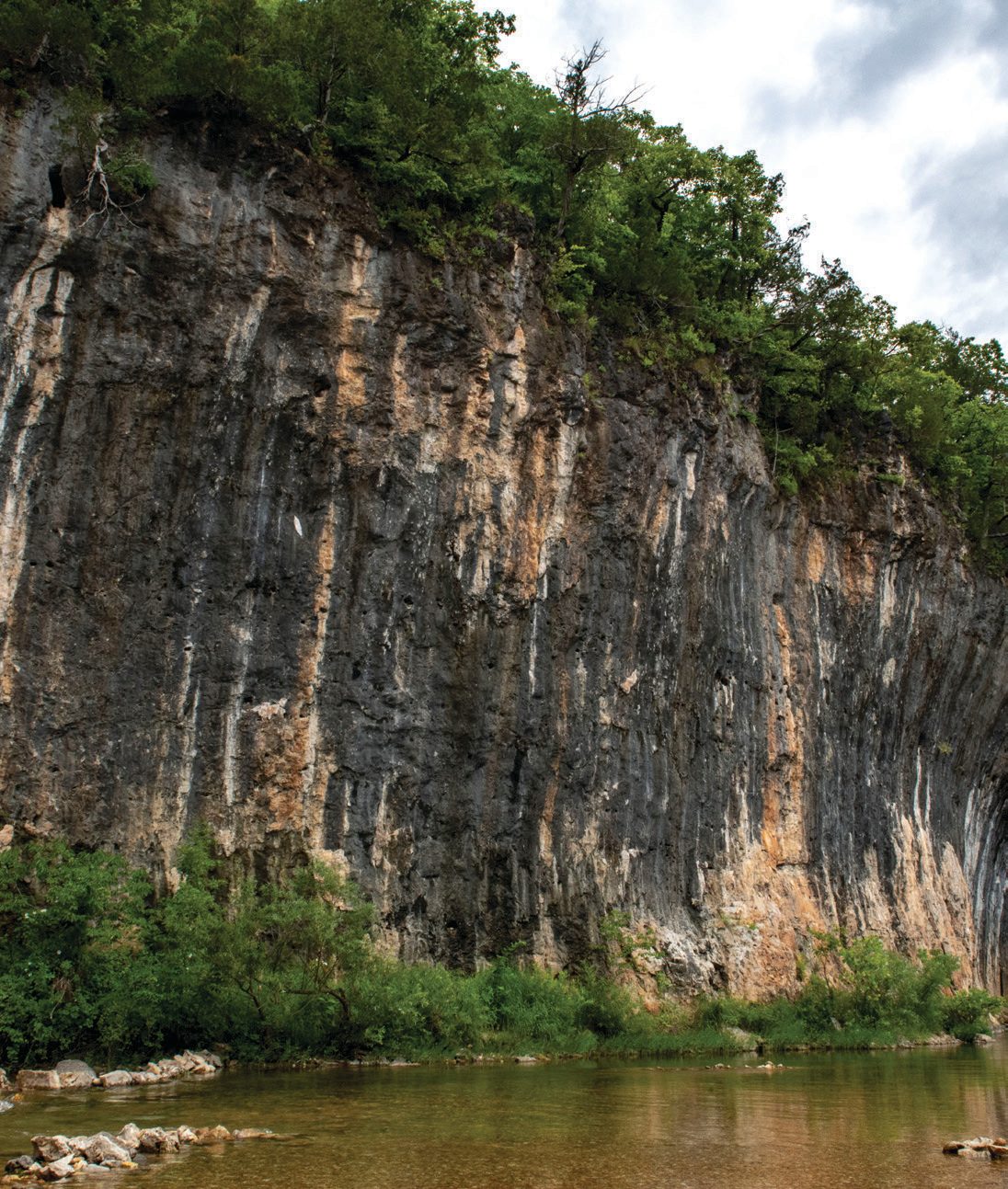 One of the newest additions to Missouri’s award-winning state parks system, Echo Bluff was created in 2016 on the former site of Camp Zoe. The park is well known as the “basecamp of the Ozarks” due to its location — a mere 15 miles north of Eminence. However, there’s plenty of fun to be had within the park’s borders whether you choose to fish, float, swim or wade in Sinking Creek or take to Echo Bluff’s hiking and biking trails. The park can accommodate lodging for all tastes including Betty Lea Lodge, cabins, RV hookups and walk-in campsites. 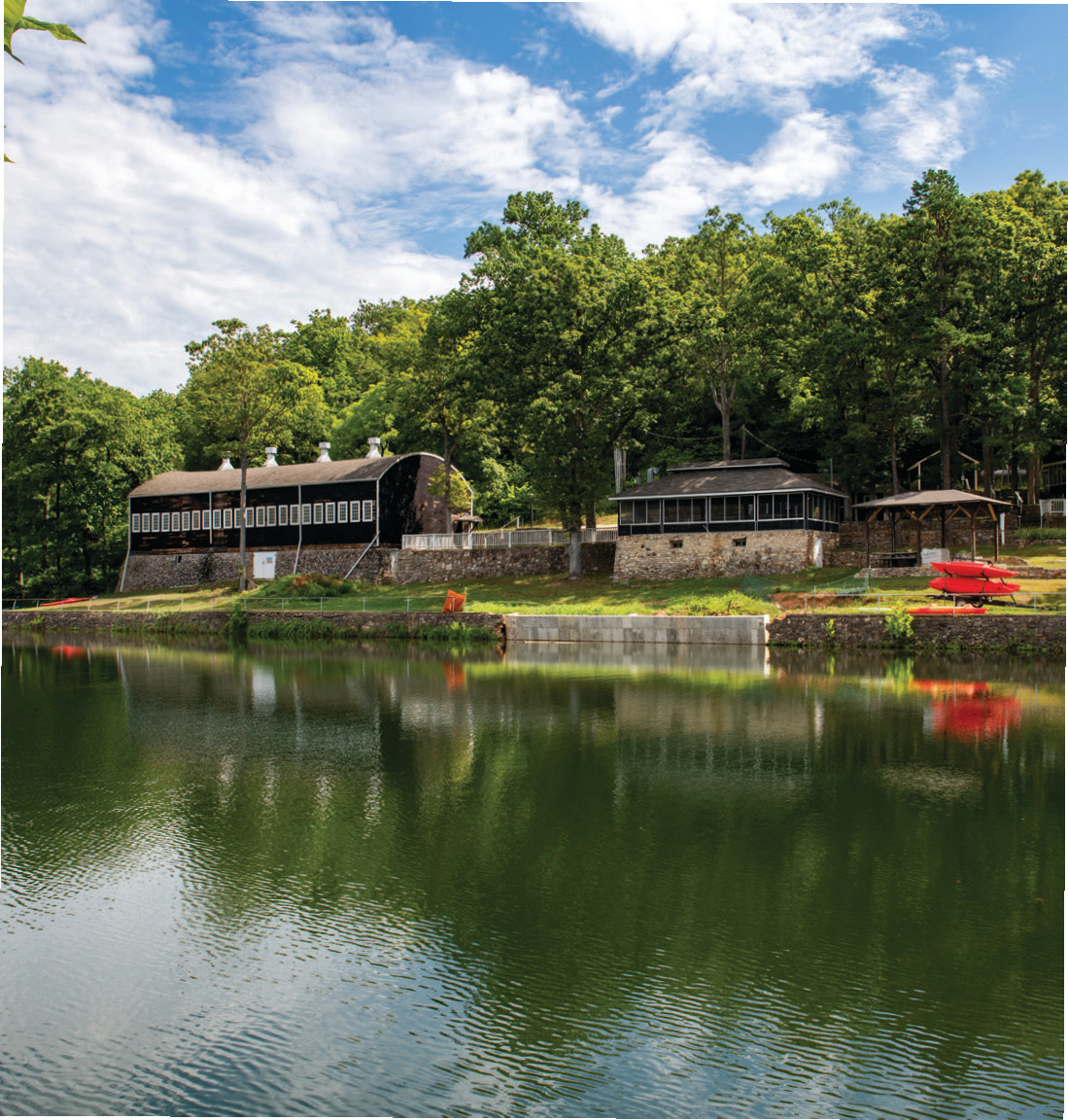 It takes a special state park to bear the name of a national treasure. After one visit, it’s easy to see why the former retreat of the Alton Box Board Co. earned that distinction. A short drive — or a 4-mile hike — up the road from Echo Bluff, Current River State Park is a time capsule of the late 1930s and early ’40s. Visitors can schedule a free tour of the club’s buildings, hike more than 9 miles of on-site trails, access the Roger Pryor Backcountry or launch small, non-motorized boats in the park’s two lakes. Perhaps most importantly, paddlers can launch into or lounge about the Current River.

When it was established by Congress in 1964, the Ozark National Scenic Riverways became the country’s first river system federally protected from damming or impoundment. It’s also the only national park referred to as “riverways” because it contains the Current and Jack’s Fork rivers. They combine for 134 spring-fed and free-flowing miles of paddling, fishing, camping, swimming and scenic excitement that’s uniquely Missouri.

Around this pulsing blue heart of the park are 80,000 acres preserving some of the largest springs in the U.S., historic mills and structures, Civilian Conservation Corps sites and caverns. At the right time of year, you may spy members of Missouri’s elk herd grazing by morning’s light or anglers gigging for suckers in the dark of night.

Autumn is a particularly fine time to hit the woods in the Ozarks or try your luck at completing the Current River Challenge. Temperature and humidity wane, Dena says, and vegetation pulls back from the trails making them more accessible. As staff navigate the challenges of COVID-19, ever-popular weekend hikes may transition from being ranger-led to ranger-facilitated with information given out at the trailhead instead of along the route. Ideally, the transition would allow hikers to practice safe social distancing while enjoying the outdoors.

“One way orthe other, we’re still all about getting folks out on the trail,” Dena says. “Mid-September through October is just the prime time. The scenic wonders are awe-inspiring, and time spent enjoying them is refreshing and rejuvenating for everyone.”

For more information on the Current River Challenge, visit www.nps.gov/ozar/current-river-challenge.htm. Be sure to check ahead for updates, closures or changes at all parks.