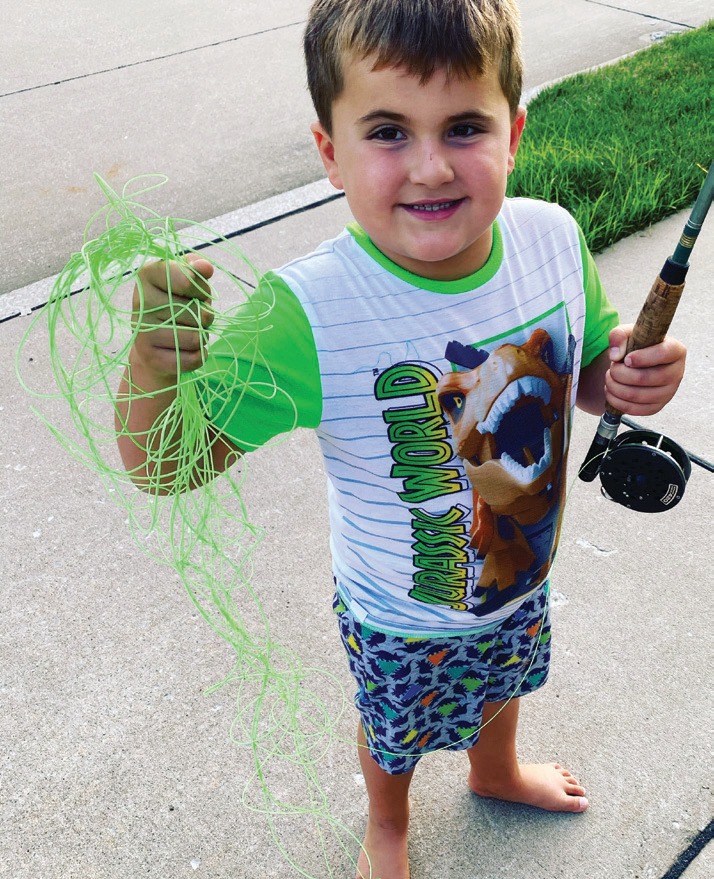 I was up to my knees in cold water at Bennett Spring State Park when my cell phoned chimed. Normally I won’t reply to a text message when the trout are biting, but this time the message was from a good friend and the fish weren’t cooperating anyway.

My buddy’s power was out, and he thought I might know why. Since I began working for Missouri’s electric cooperatives three years ago, all of my friends think that I have this magic switch in my office that can turn their lights back on.

It doesn’t work that way, of course, but in this case the manager of his electric cooperative just happened to be next to me. He told me there was a major improvement project underway and the power would only be off for a few minutes to protect the safety of the linemen.

Never letting an opportunity like this go to waste, I told my friend that I had my finger on that “magic switch” and his lights would come on soon. Sure enough, he texted back that I must have superpowers because the power was indeed flowing once again.

Every electric cooperative wants to provide service that is uninterrupted 24/7. The reality, however, is that outages will always be a part of living in rural Missouri. We’ve seen power shut off by squirrels, snakes and, yes, even bass and catfish dropped into a substation by bald eagles.

One of our managers recently told me that large infestations of ants are raising havoc with his equipment. Another said an errant brush hog operator shut off service for many members when he got too close to a pole.

Across Missouri, electric co-ops own 130,000 miles of power lines; if it was all strung out in one line, it would circle the Earth more than five times. It’s a given that somewhere along those many miles of line a tree will fall, a farmer will swing a little too wide plowing a field or a bolt of lightning will randomly choose a crossarm for its return to earth. When that happens, crews spring into action, the trouble is located and power restored. Often this can be done at the office, with an actual “magic switch” that reroutes power from another substation.

Sometimes outages are necessary because your cooperative is constantly improving service for their members. As more and more people move to rural areas, adding larger homes or more power-hungry devices to the lines, your electric cooperative stays ahead of the growth with equipment capable of carrying more current.

Other times a powerful storm will undo all of the progress. That was the case in August when a storm swept across the Midwest. Luckily, our state’s repairs were quick and we were able to send help north to Iowa’s electric co-ops knowing they will return the favor someday.

I was reminded of this when my son, Max, took up fly fishing. You can see the results on the photo on this page. Co-op linemen are much better sorting out tangled wire after a storm than I was at getting Max back in the water.