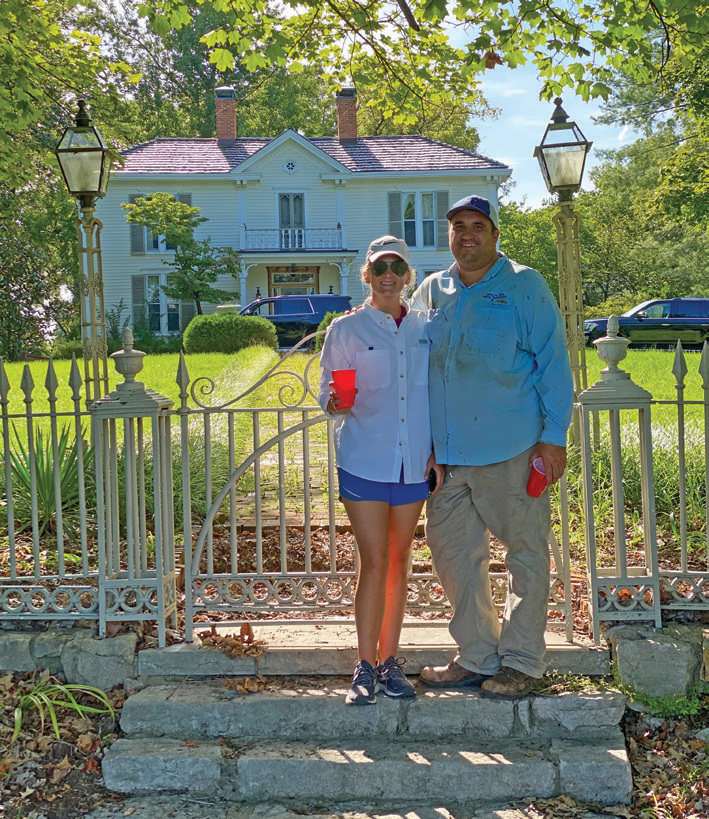 Well, it was just a matter of time. I think if you asked my wife, she would have said there wasn’t much of a chance. If you asked my kids, they wouldn’t know either way. I think most everyone else just figured it had already happened.

Lindsey and I both grew up in homes served by electric co-ops. For her it was Platte-Clay Electric. For me it was Co-Mo Electric.

As a kid, I doubt if I noticed we were part of a co-op until they helped me with a scholarship. I was more focused on finding a covey of quail, my FFA project or our next football opponent. It took some time living at Mizzou while in the Ag School, then in Washington, D.C. working for a congressman for me to realize that being a member of an electric co-op is more than just paying a utility bill.

When I stopped by the office to fill out my membership application, the cooperative’s member service representatives took the time to explain to me some of the advantages that come with being a member.

For example, I now get invited to attend the cooperative’s annual meeting in July. As a co-op member, I get an opportunity to vote for the directors who will represent me on the board of this member-owned business.

I’ll still get a bill, but I know that the rates are set by actual users of the cooperative’s electricity. I can rest assured that if they see the need to raise rates, it will be for a good reason since the new rates will apply to them too.

Those rates, by the way, are set to cover the overhead, along with just enough to keep the bankers happy. Should the co-op have a good year, the extra income will come back to me in the form of a capital credit. Nice!

I also have access to a team of energy experts at the co-op who can help me make the most of my energy dollars. Only at a cooperative would the business go to such great lengths to help me use less of its product.

We are going to be remodeling and adding on to an old farmhouse, which likely was one of the first to get electricity when Missouri’s first electric cooperative was incorporated. I was happy to learn that my electric co-op (and yours too) offers rebates on energy-efficient appliances.

As an electric co-op member, I can choose to round up my bill to the nearest dollar, with the spare change going to a community trust which will help our community. I left Boone Electric’s office knowing that not only was my family getting great electric service, we are now part of a group of member-owners who are helping their neighbors in rural Missouri.

Cooperatives are indeed unique businesses, so much so that there is an entire month to honor their work. Please join me during National Co-op Month in thanking our electric cooperatives for going above and beyond merely providing electricity. Lindsey and I are proud to be co-op members again, and I hope you are too.

Jones is the executive vice president and CEO of the Association of Missouri Electric Cooperatives and a member of Boone Electric Co-op.