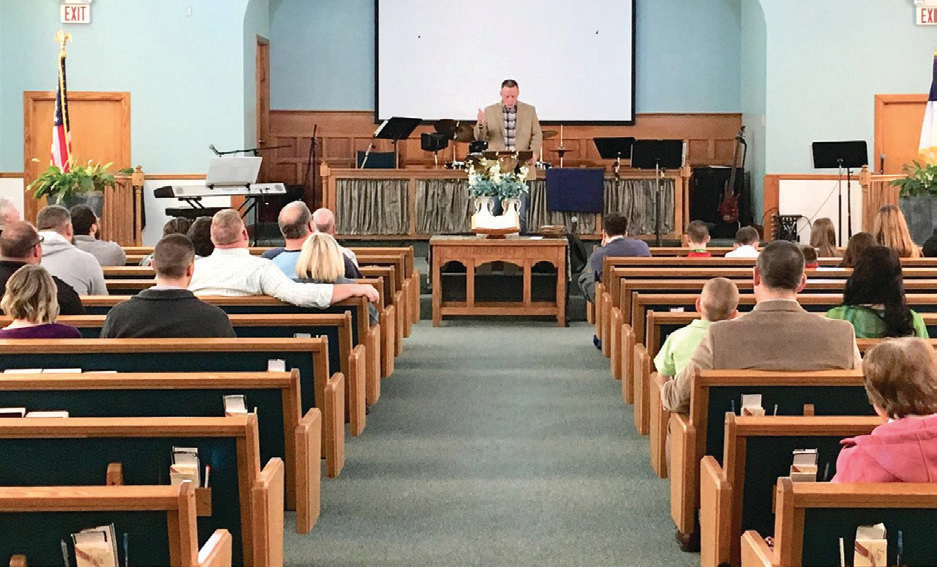 If you really think about it, the people who live in rural America are a pretty interesting bunch. Throughout history, people have gravitated toward big cities. Yet, there’s always been folks like us who value that clear night where you can see every star or waking up at dawn and listening to the turkeys gobble, birds sing and roosters crow. Like anything, there’s a cost to being able to live and work where you want. Things change and we all have to change to continue our way of life.

I’d like to tell you about one of my co-workers who has been an inspiration to all thanks to his ability to adapt to these life changes. His name is Johnie Hendrix, and he came to us from Barry Electric Co-op in his hometown of Cassville. Whenever we have a group gathering, I know I can turn to Johnie for a heartfelt prayer.

Johnie served in the U.S. Army Reserves and was deployed to Iraq. His duty didn’t stop there. He went on to serve rural Missourians at his local co-op where Sgt. Hendrix became lineman Hendrix.

But Johnie had a new calling and left the cooperative to serve as a training instructor. In his current role he works closely with lineworkers to ensure they go home safe and sound at the end of the day. He is effective at his job because he takes time to visit with anyone who has a concern.

Electric co-ops promote the cooperative principles with their employees, especially the seventh principle which is “Concern for Community.” It wasn’t long after Johnie moved north that he put that principle into practice as pastor for Mount Pleasant Baptist Church near Ashland. He’s one of the reasons those who worship at the little church say they feel “welcomed like family.”

Pastor Hendrix, like others who also preach the Good News, faced a dilemma when the full force of the shutdown was felt. We all felt the strain of dealing with the crisis. Yet, due to the need to limit the number of people in one place, we were denied the comfort of worshiping together.

So Johnie used the same technology he is using to conduct online safety meetings and applied it to Sunday services. When the weather is nice, he holds drive-in services for those who need to get out of the house.

Now more than ever, all of the world is facing new challenges and we are going to have to make some changes. If I could have a dime for every time I heard, “I’m just ready to get back to normal,” I’d be sitting pretty good. The thing is, there have always been obstacles to living in rural America — whether it’s trying to get an internet connection or driving 30 minutes to get to the grocery store.

What I’m most proud of is that no matter what us “country folk” have had to face, we always adapt. It’s not because we are better at making changes, it’s just something we’ve always done.

We are all going to get through this situation we are in. Along the way, we all have to make some changes. That’s OK. We’ve done it before and we will do it again. If you need a little inspiration along the way, log in or drive in to Mount Pleasant Baptist Church and know you are not alone.