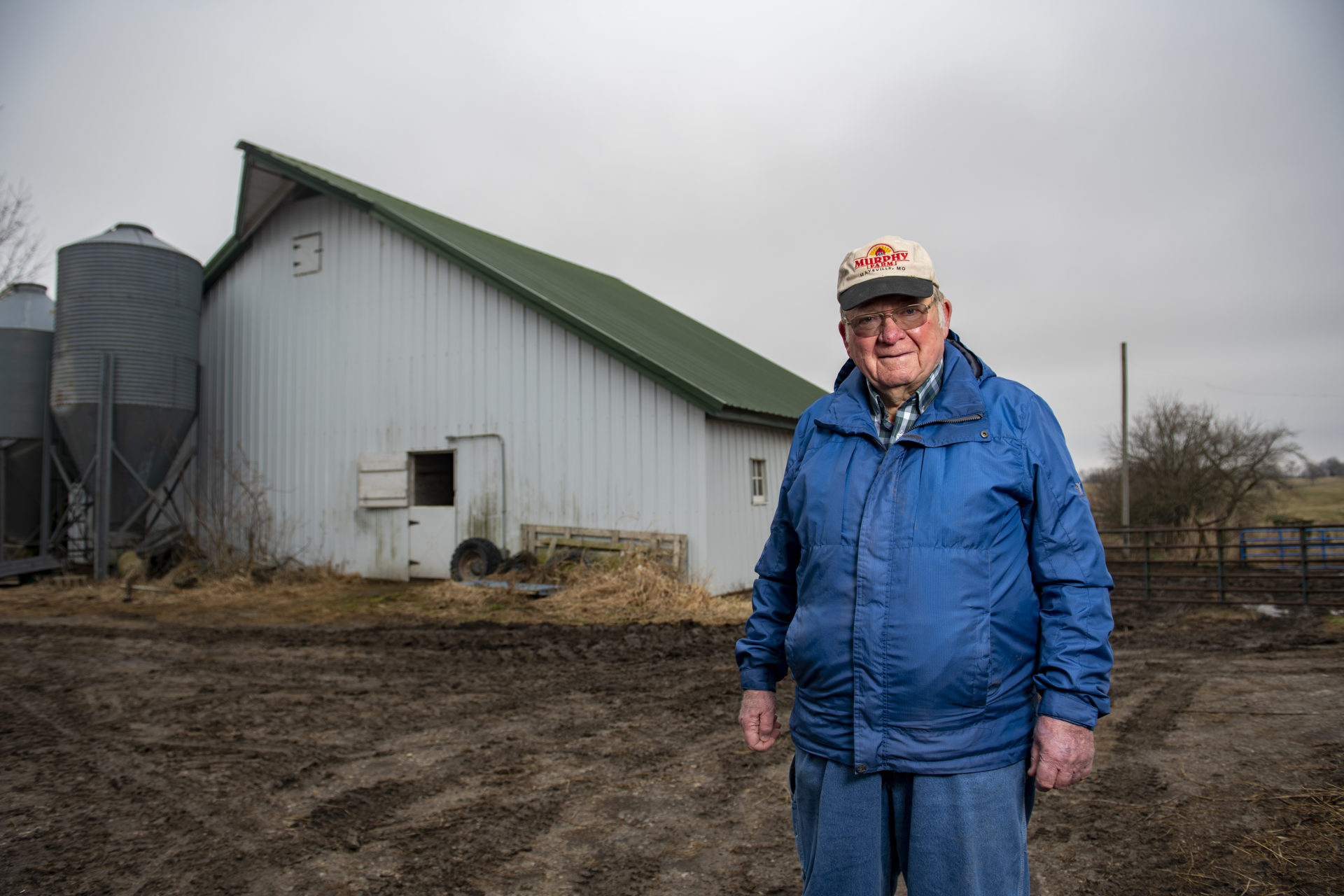 Life is good at the end of the line

John Murphy says his family has always been blessed with a good memory. He remembers as a 9-year-old boy, watching an electric cooperative truck laden with poles being winched out of a ditch. The “most brilliant” memory of the same day shines in John’s mind above all the others: when the lights came on at his family farm south of Maysville. It was around dusk when the lineman yelled to his co-worker down the line and the 300-watt bulb atop a pole halfway between the house and the barn illuminated the gathering darkness.

“It wasn’t dark yet, but that light came on and just brightened everything up,” John recalls. “The barn lit up — and it had been dark in there for years — and you could see the cows and the calves. And then we went into the house, and it was just like daylight to us.”

Today, the four children and 16 grandchildren of John and his wife, Sharon, are amazed their forebears ever lived without electricity. Looking back on that evening in 1950, John says he almost questions it himself. The single ceiling fixture was such a drastic change that it amazed him. It also amazes him that he is here to share the story.

John celebrated his 80th birthday this March. The milestone is an accomplishment of longevity for anyone, but for “Farmer John” it marked another type of anniversary. It was exactly 40 years ago that he received perhaps the worst birthday present anyone could; the diagnosis of an acoustic neuroma — a rare type of brain tumor.

“I really didn’t want to turn 40, because that’s the beginning of old age,” John says with a laugh, “but in a split second my thinking went from turning 40 to wondering if I’d turn 41.”

Three successful surgeries later and John felt he had been blessed. He saw his gift of life in a new light, much like the light that first night around the family dinner table without the aid of a kerosene lamp.

Electricity changed life on the farm. John recalls the first appliance the Murphys purchased was a refrigerator to replace the icebox. This was soon followed by an electric range to replace one that ran on kerosene. The family eventually added running water, meaning John and his seven siblings no longer had to tote buckets to fill his mother, Helen’s, gas-powered Maytag washer. Also a thing of the past were the Daisy hog waterers, which used a kerosene heater and would freeze when a puff of wind extinguished the flame. Father Francis’ hand tools were replaced by Skilsaws and electric drills. John and his brothers also helped their father wire many of the neighboring homes when electricity came their way. Fishing wire down through the walls, John remembers, was much easier given that none of the homes of the day were insulated.

Despite all these improvements, John recalls his parents were conscious of their energy use.

“They had just survived the Depression, so when they turned a light on they turned it off when they walked out of the room,” John says. “They didn’t waste anything.”

When John bought his own farm in 1966, located a half-mile northeast of where he grew up, he found himself literally at the end of United Electric Cooperative’s line. He and Sharon still live there today and couldn’t be happier as members of the co-op and customers of United Fiber’s internet, television and phone services.

“I’m a strong believer in cooperatives,” says John, a lifelong farmer and retired insurance agent and director for Midwest Preferred Mutual Insurance Co. “They’re interested in the members more, because they have no outside owners to show a profit to. I equate United Fiber almost with the coming of electricity, because it’s made such a change.”

John started taking stock of his life’s blessings in a book aptly titled “Old Farmer Memories” which recounted his life growing up on the farm. He helped others do the same, sharing the stories of 175 friends, family members, neighbors and local World War II veterans in the eight-volume “Building Memories” series, which he co-authored with assistance from the Dekalb County Historical Society. At the urging of a friend, he continued his recollections as a monthly newspaper columnist — first in the “Young at Heart” section of the St. Joseph News Press and more recently in the Dekalb County Record-Herald. Most of these articles incorporate what has become The Old Farmer’s signature phrase: “Life is good in Dekalb County” — though some months they could do with a little rain.

John feels he was paid the ultimate compliment when an old classmate, inspired by his columns, wrote her own life stories for her children and grandchildren as Christmas presents. It’s a simple act that anyone can do, and it preserves a bit of local history that would otherwise be lost to the ages.

“I’m not unique,” John says. “Everyone has a story, and I would encourage everyone to tell it.”

You may contact John Murphy by email at farmerjohn39@yahoo.com.