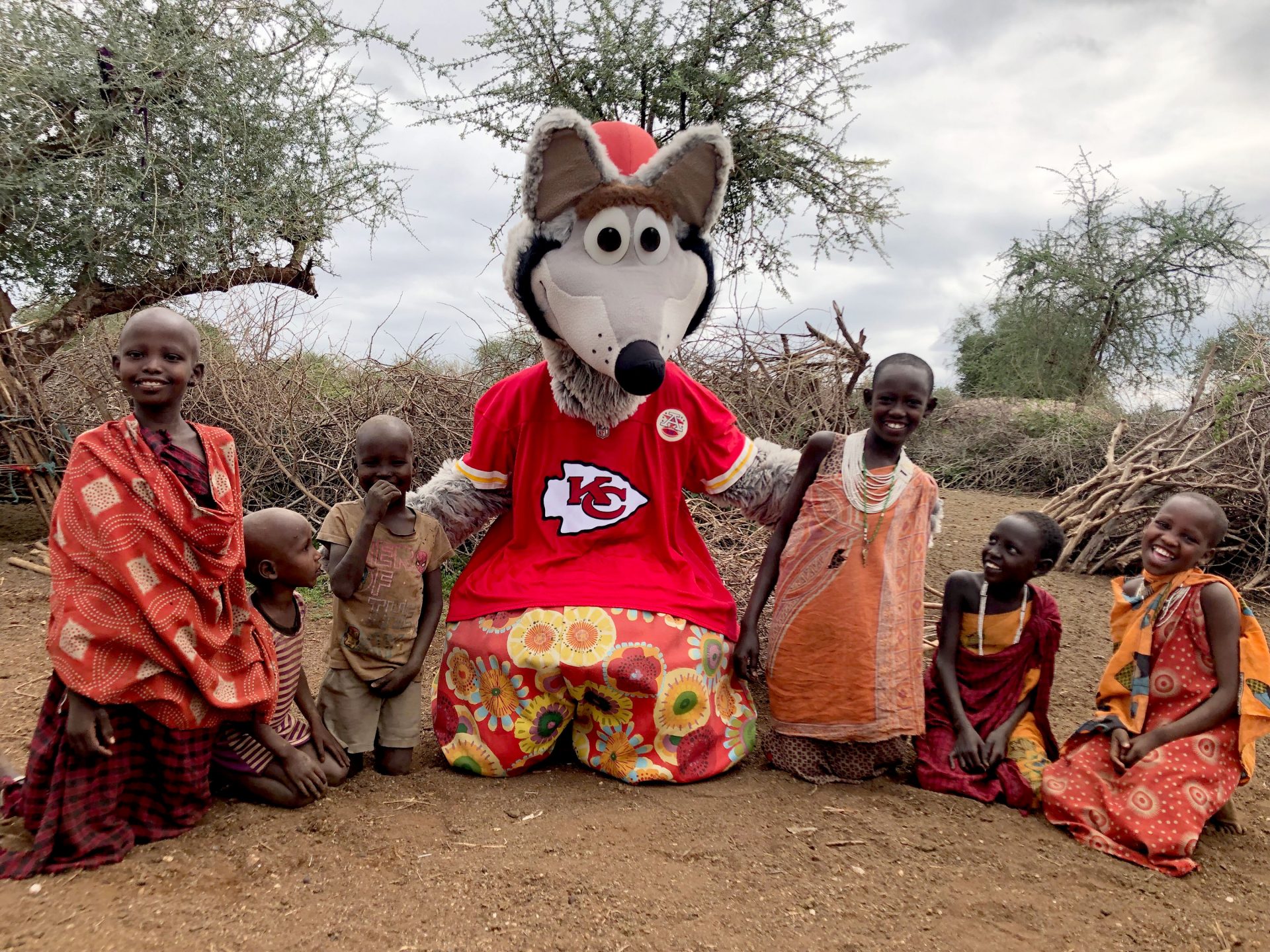 Dan Meers entertains and inspires, on and off the field

Sitting in the back of the ambulance, Dan Meers was still in shock. It was supposed to be a 20-foot bungee jump into a zipline inside Arrowhead Stadium; he fell 70 feet. There were seven broken ribs, a shattered tailbone, a collapsed lung, a cracked sacrum, a broken vertebrae and he was struggling to breathe.

“I was pretty clueless,” he says. “I started talking to the medic in the ambulance and asked, ‘Hey, you don’t think I’m going to have to spend the night in the hospital?’ He just laughed and said, ‘I’d count on at least a few days.’ ”

For more than three decades, Dan has played to the crowd as KC Wolf, the mascot of the Kansas City Chiefs. He uses his 2013 stadium fall as motivation and inspiration in his work as KC Wolf, which in addition to games includes parades, weddings, festivals and personal speaking engagements. He’s also carried by his faith, which has allowed him to raise money for and visit orphanages across the globe.

Dan’s mascot career began while attending the University of Missouri. He saw an article for an informational meeting and tryouts to be Truman the Tiger. Dan got the job and spent the next four years portraying Truman at Mizzou sporting events and around Columbia. After graduating, he was hired by the St. Louis Cardinals to play Fredbird in summer of 1990. That fall, he was contacted by the Chiefs, who were introducing their new KC Wolf mascot.

Dan says being Truman, Fredbird and KC Wolf has been rewarding personally and professionally. 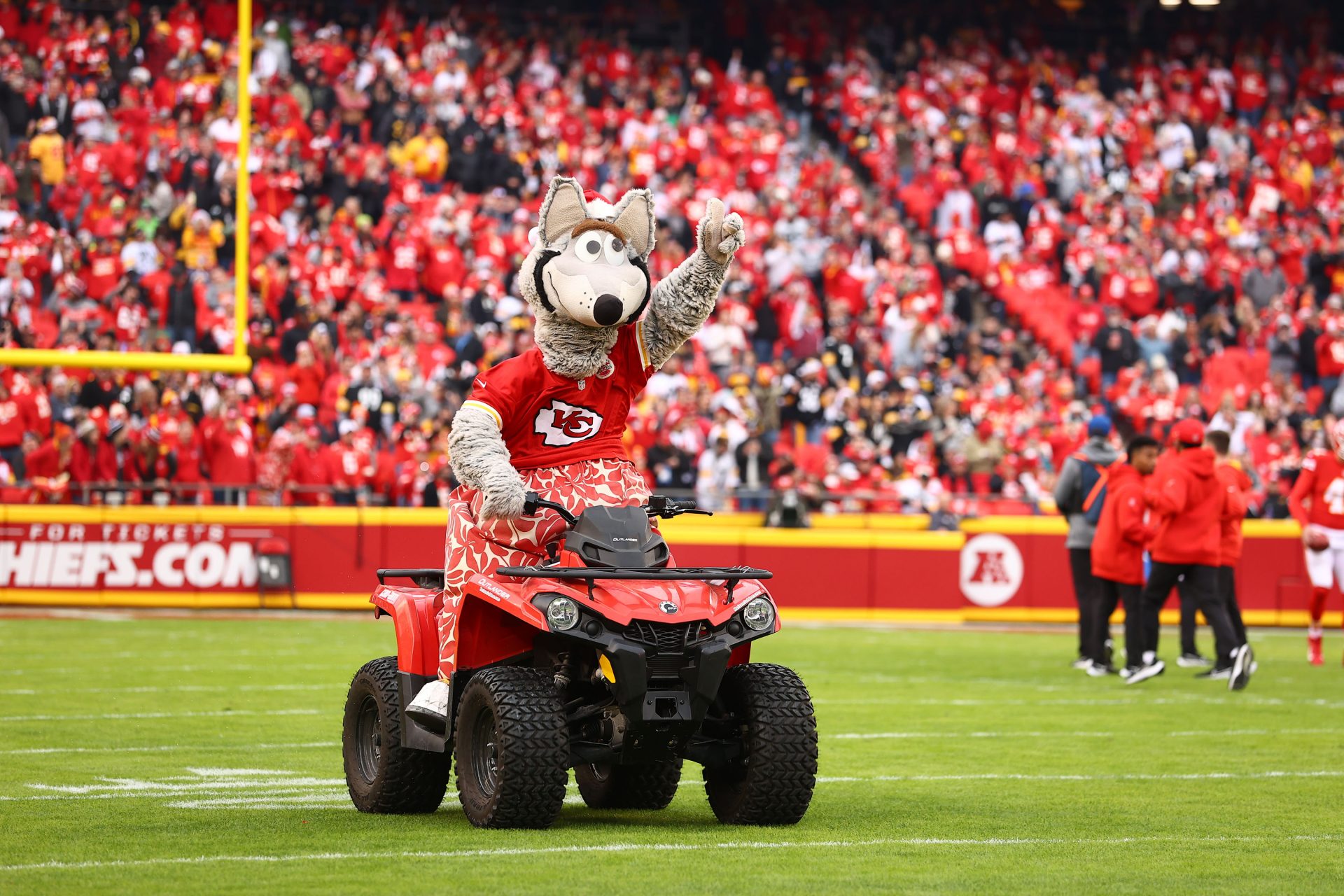 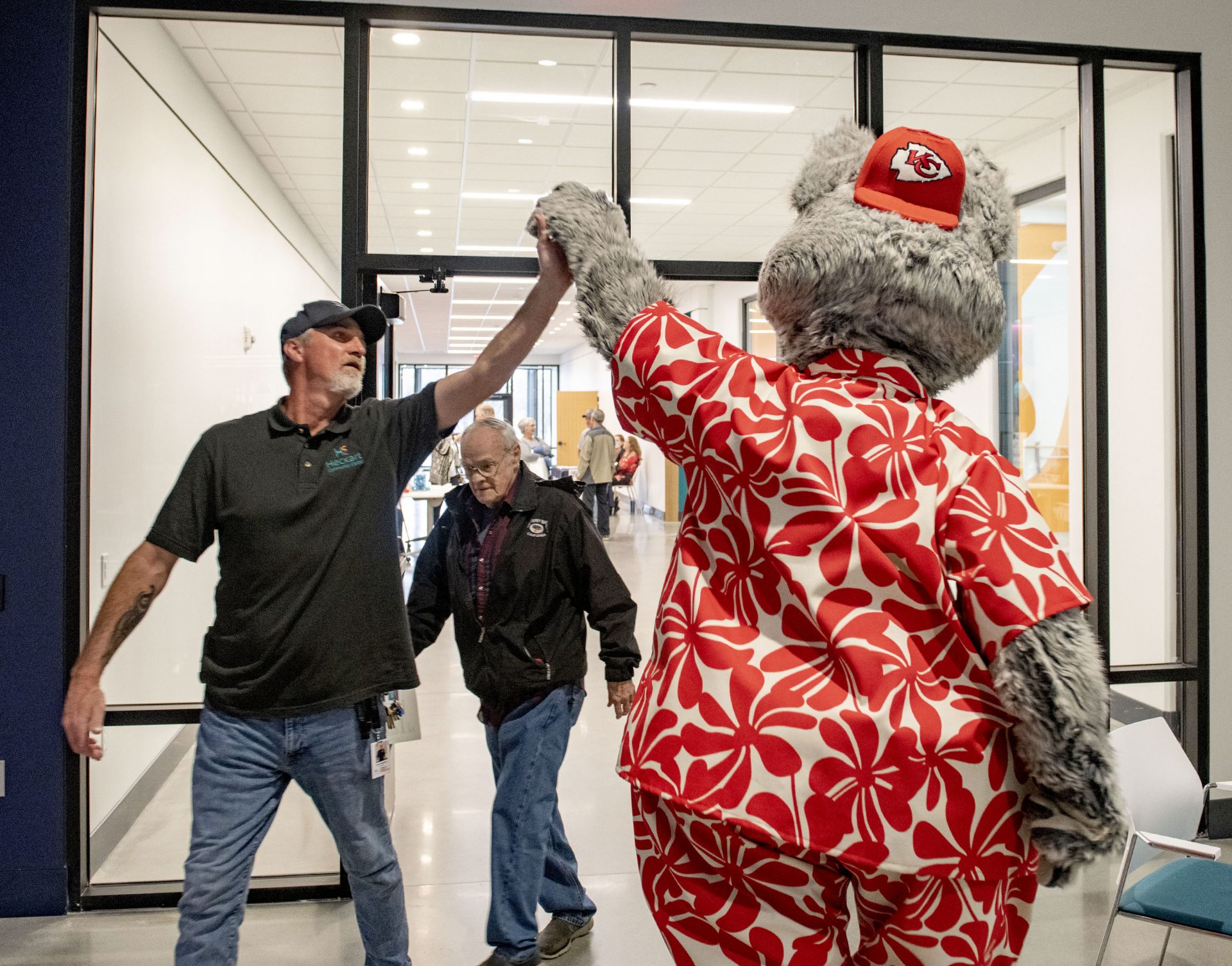 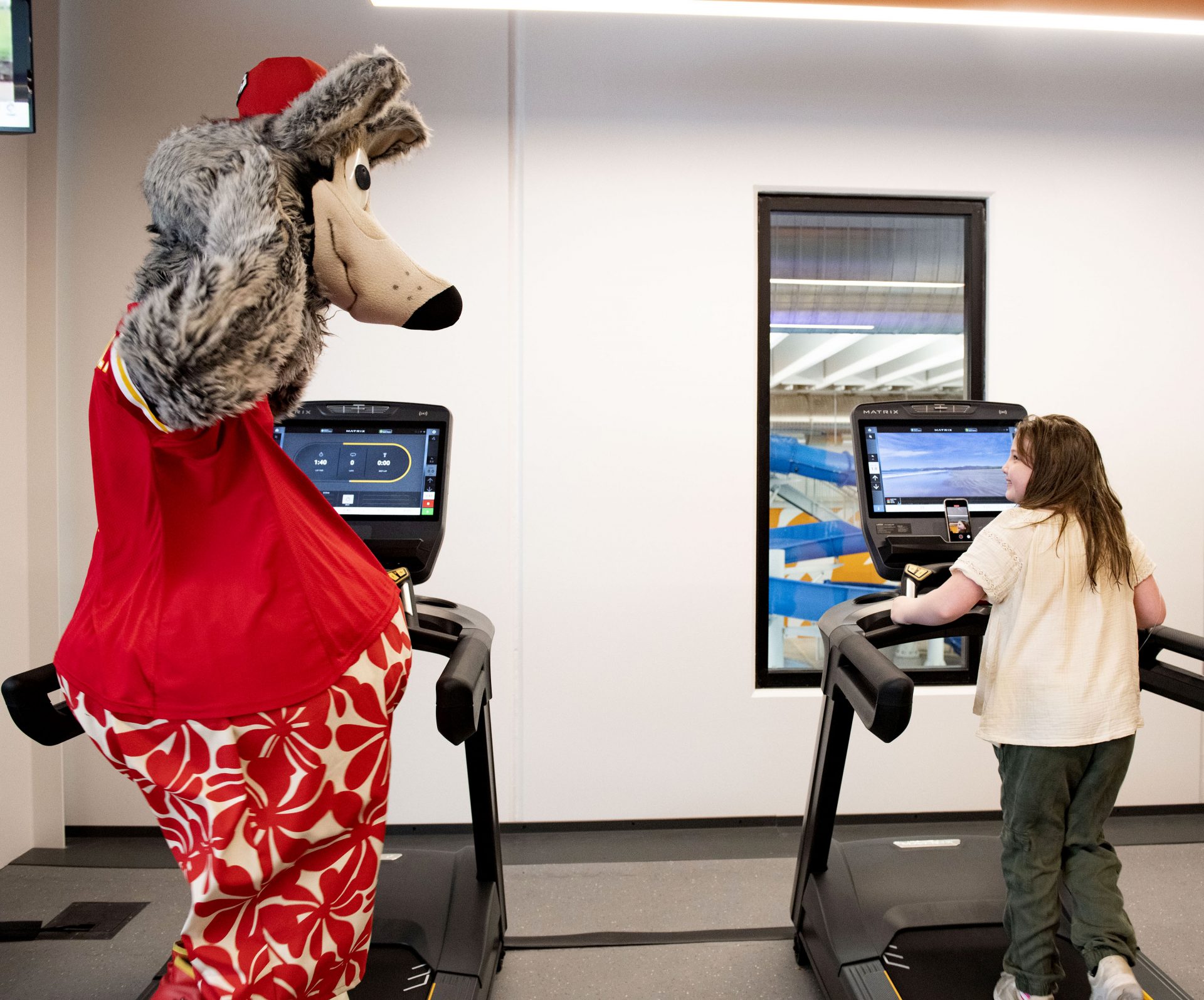 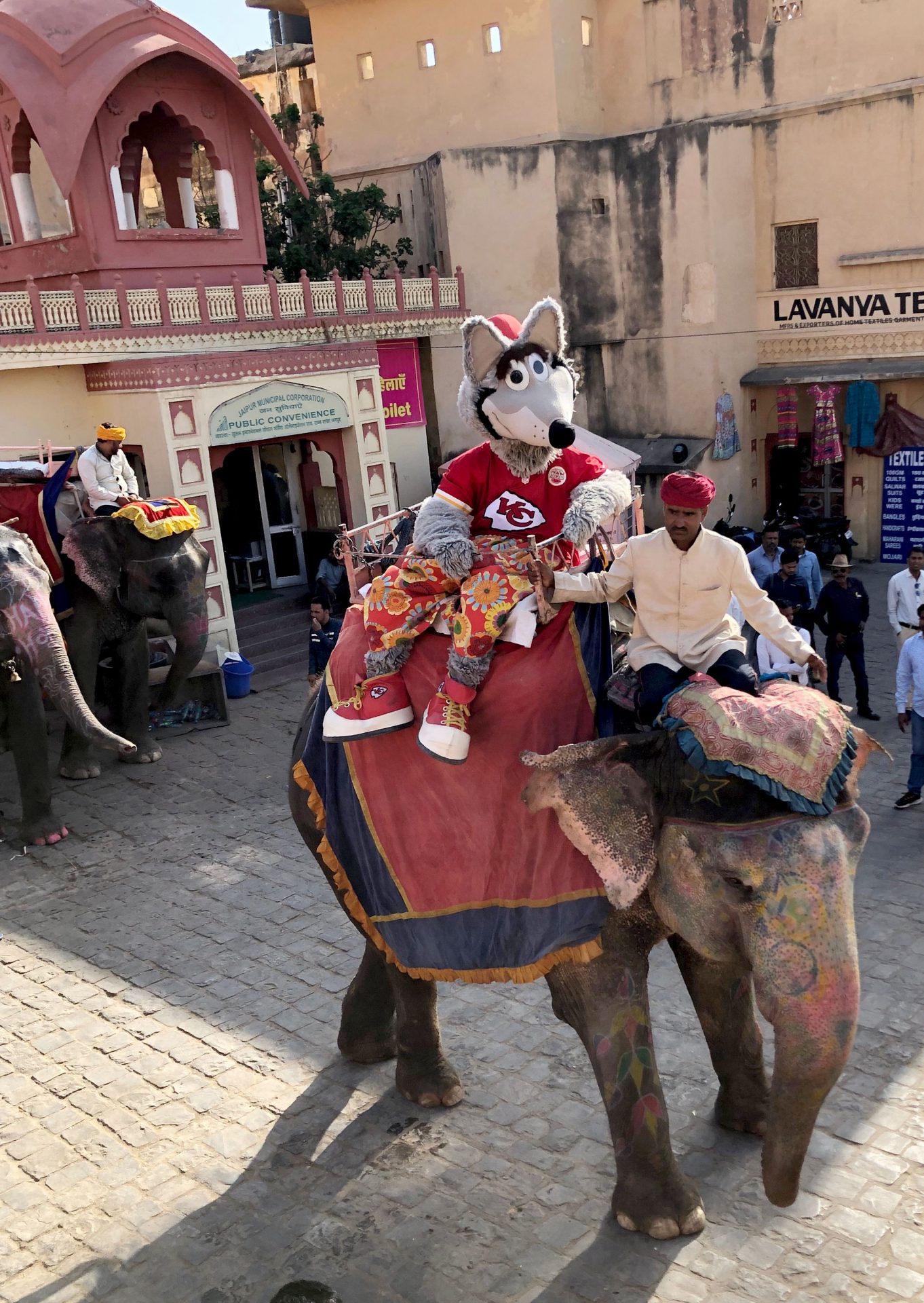 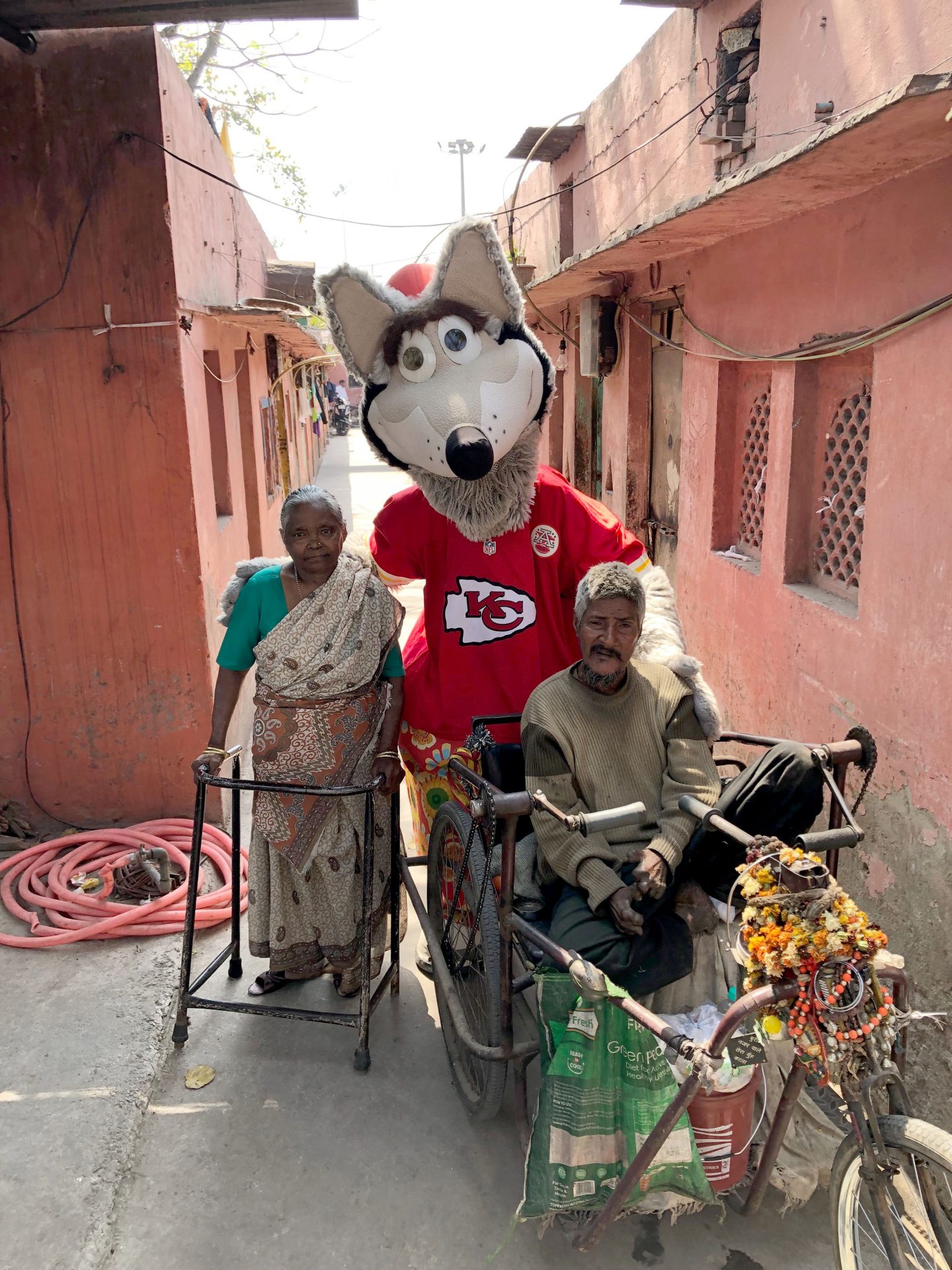 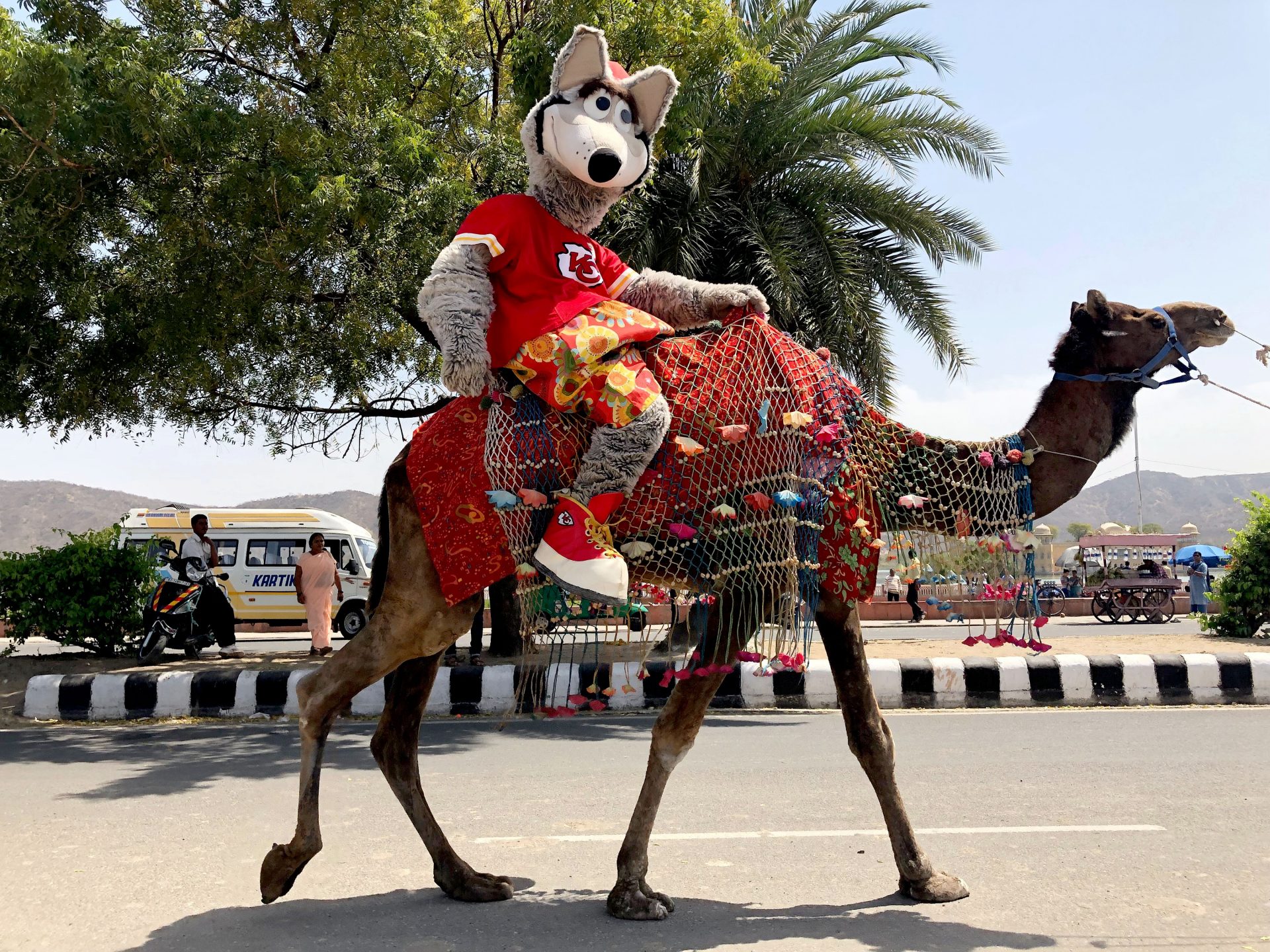 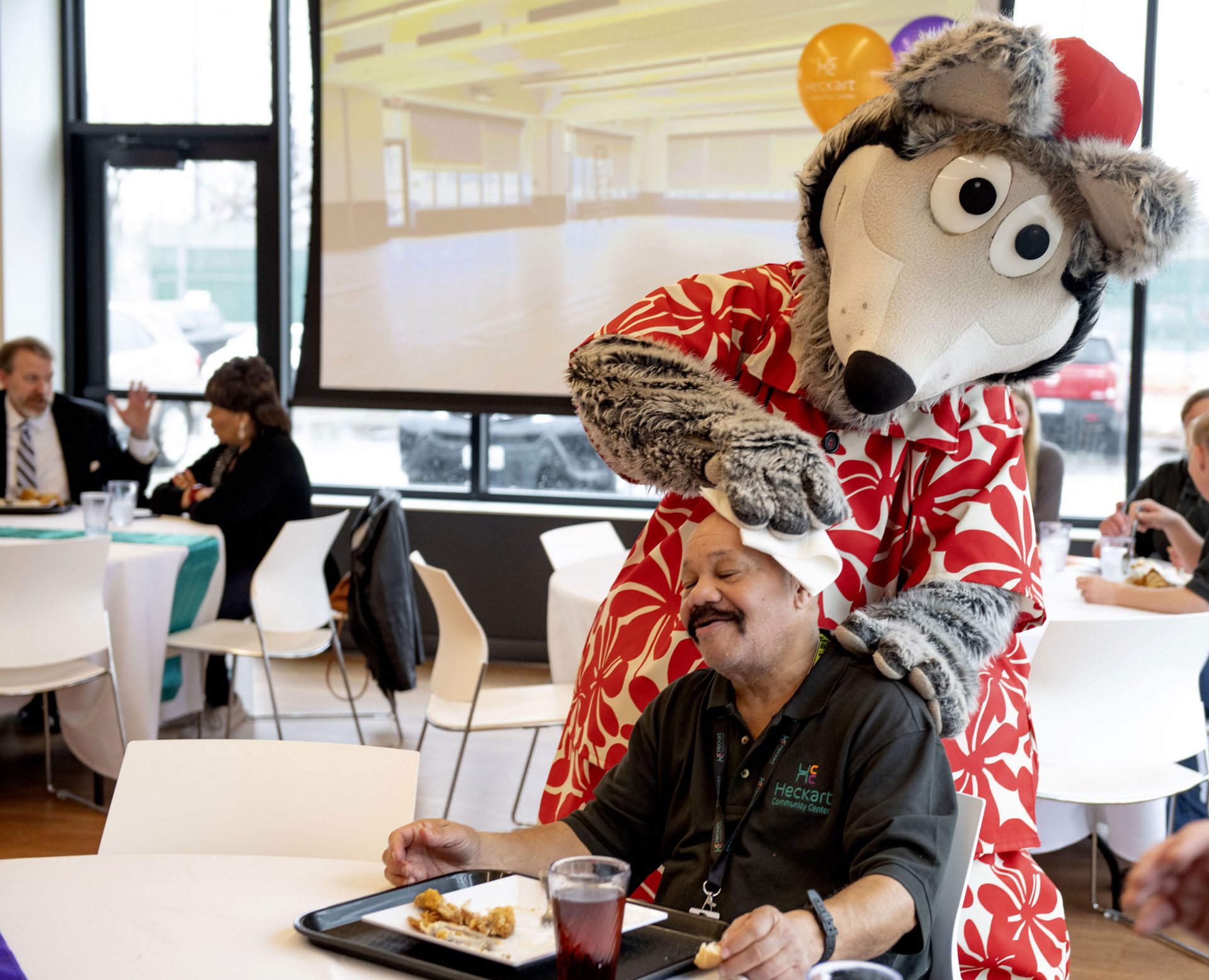 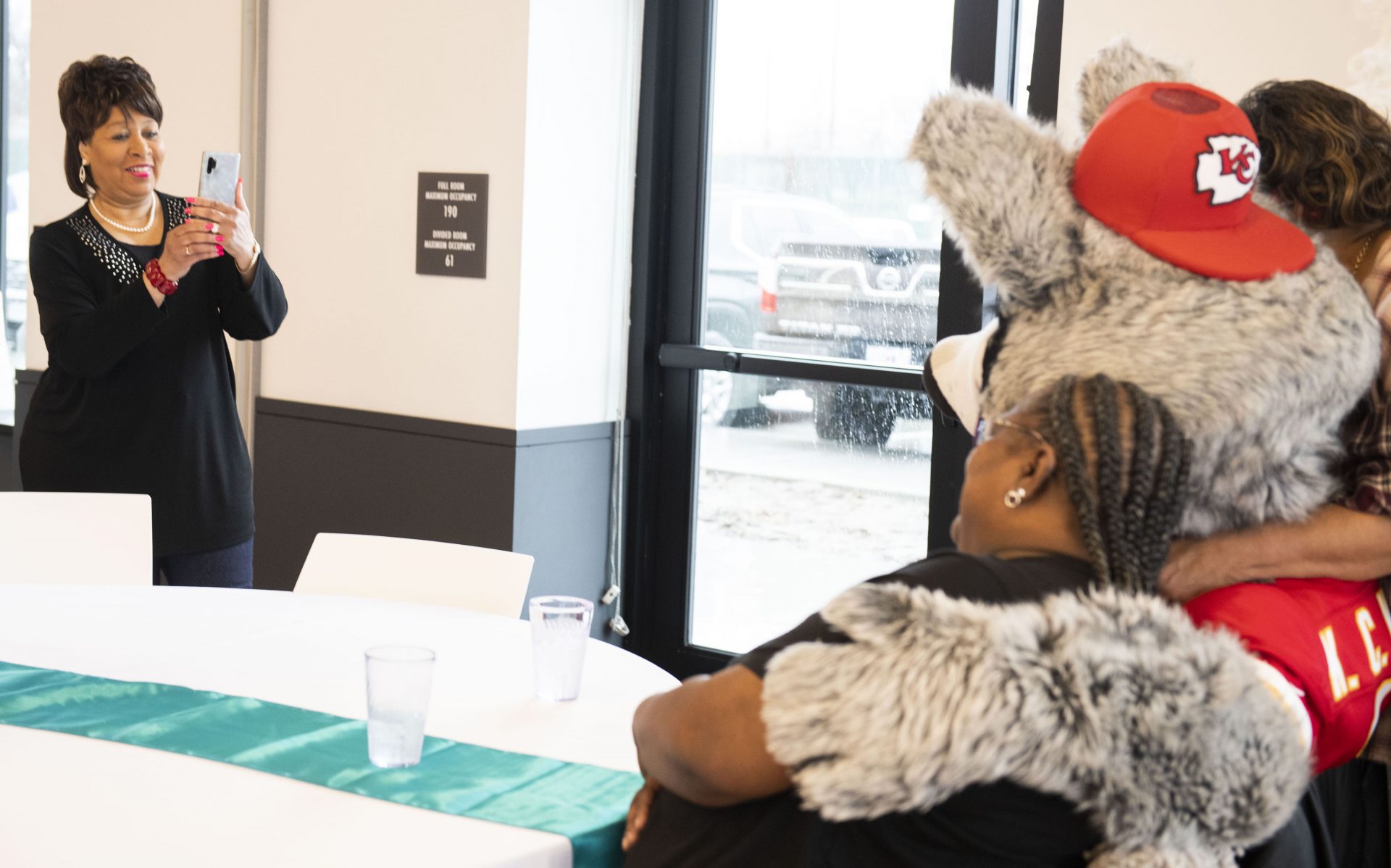 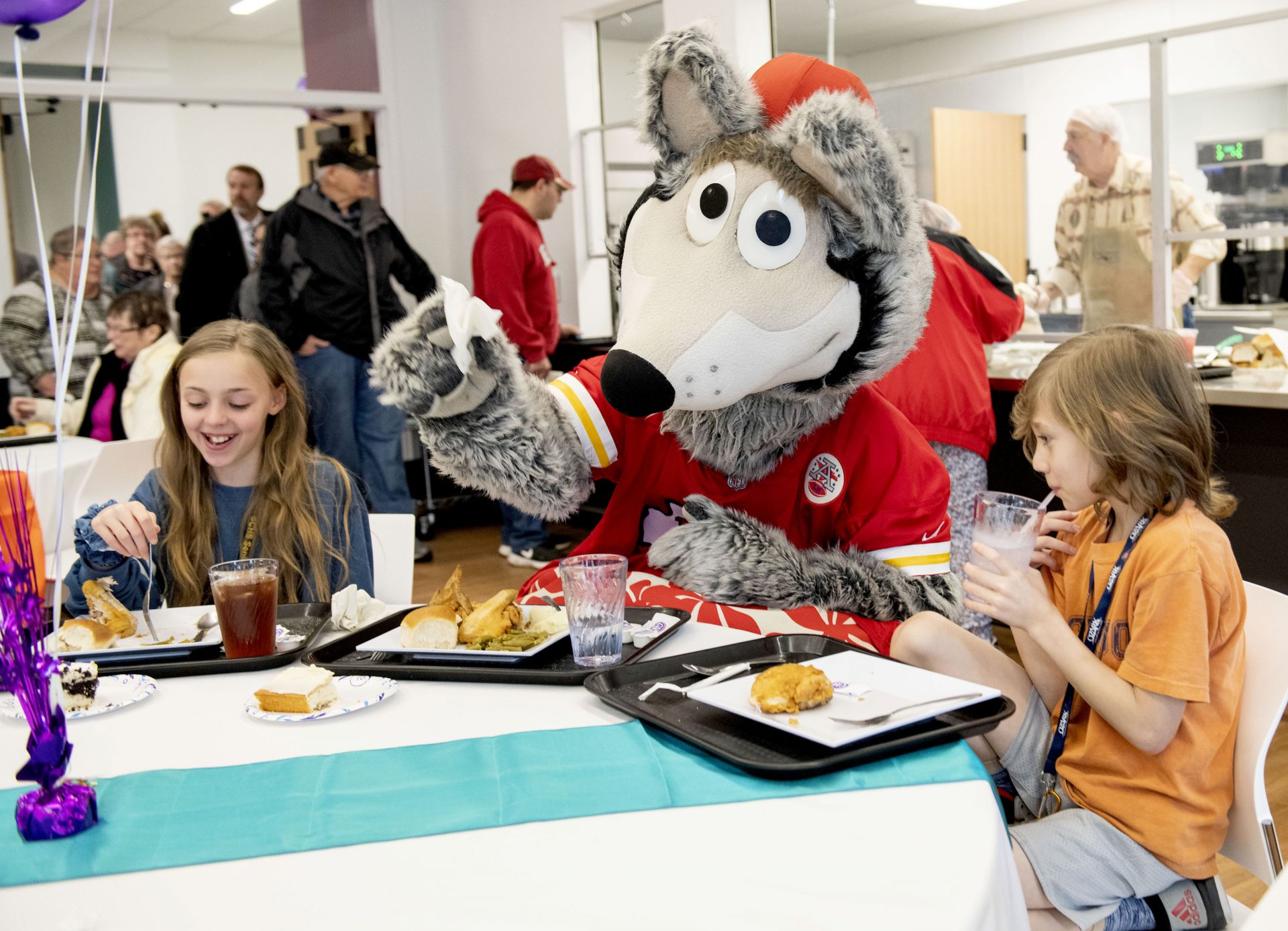 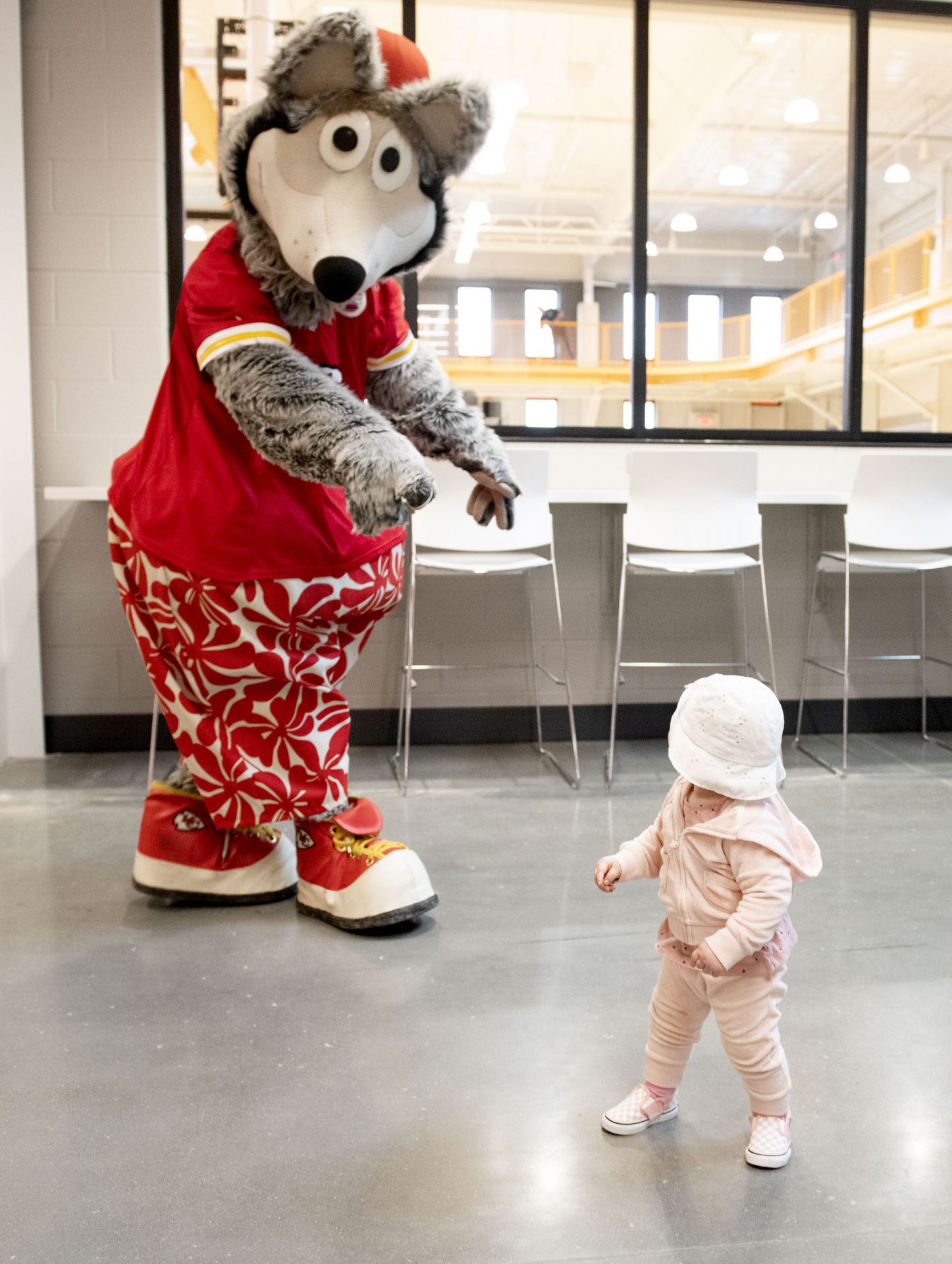 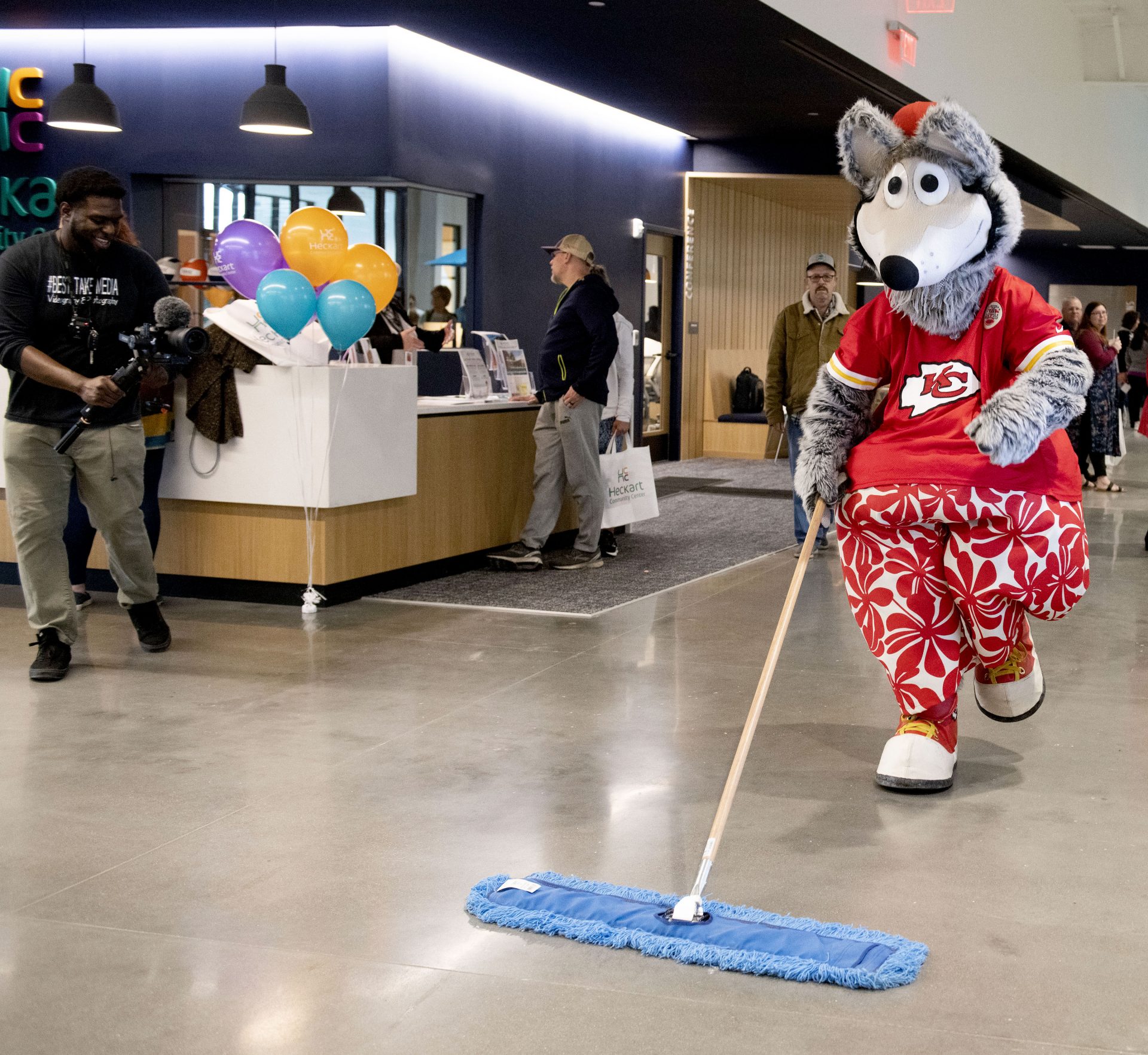 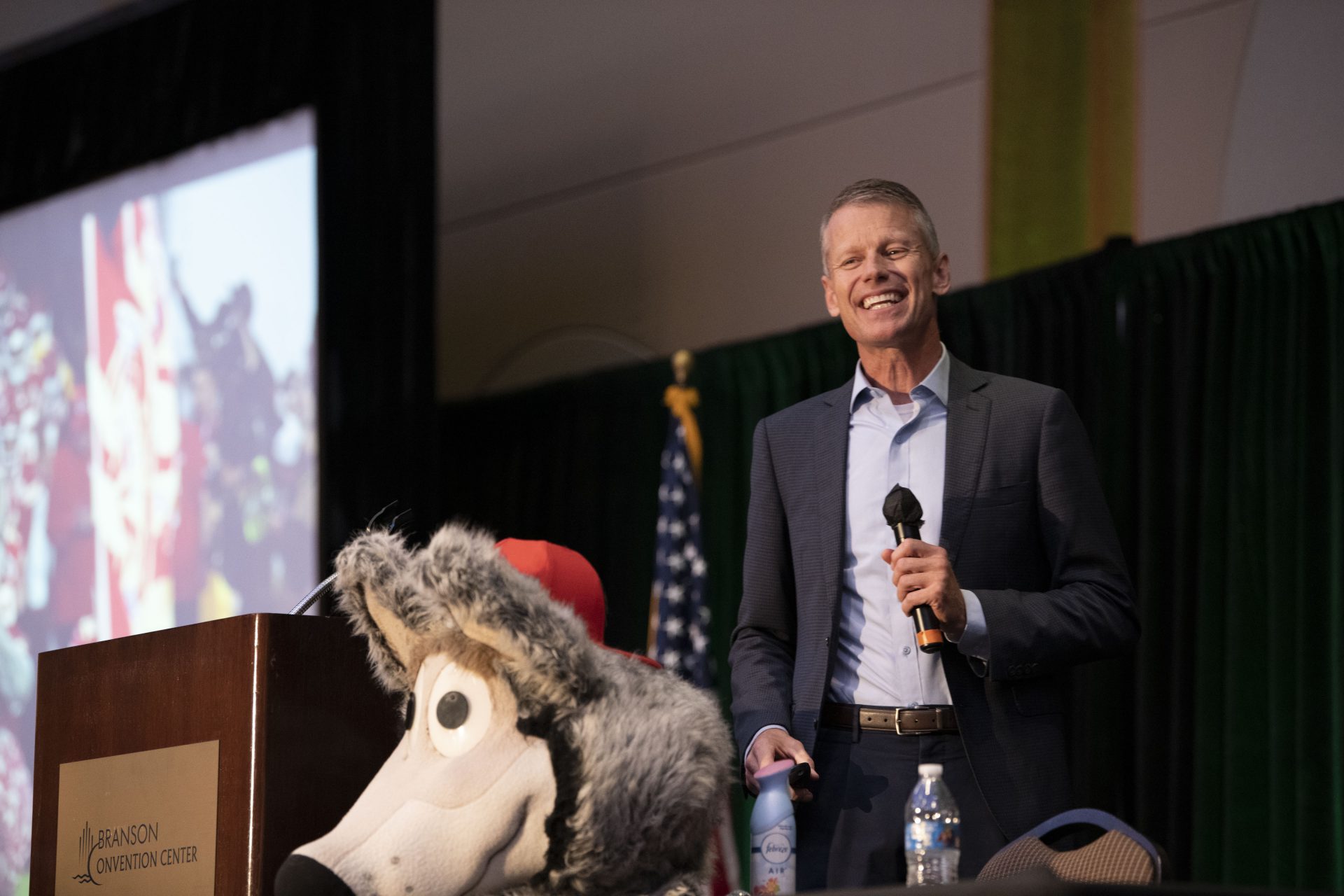 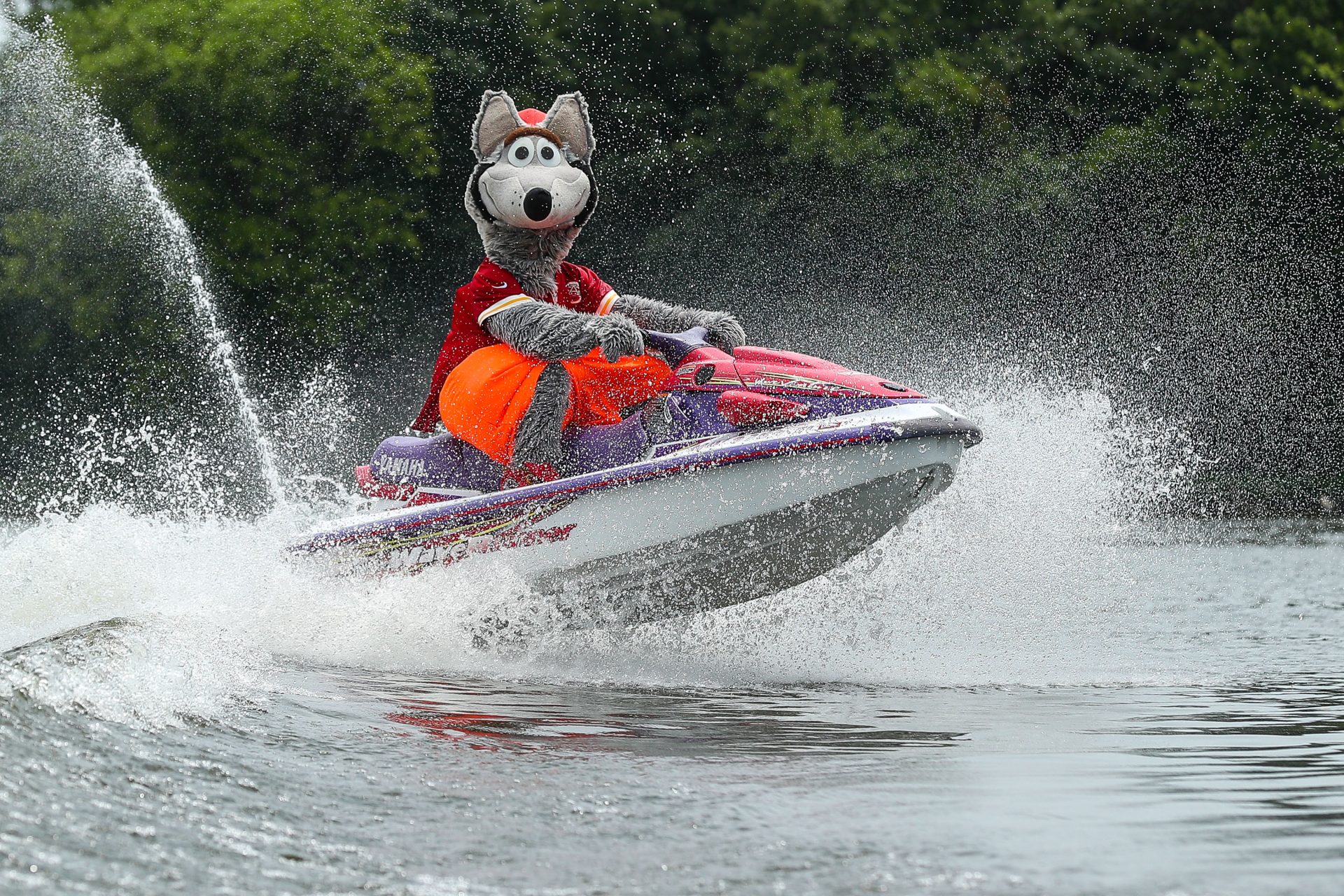 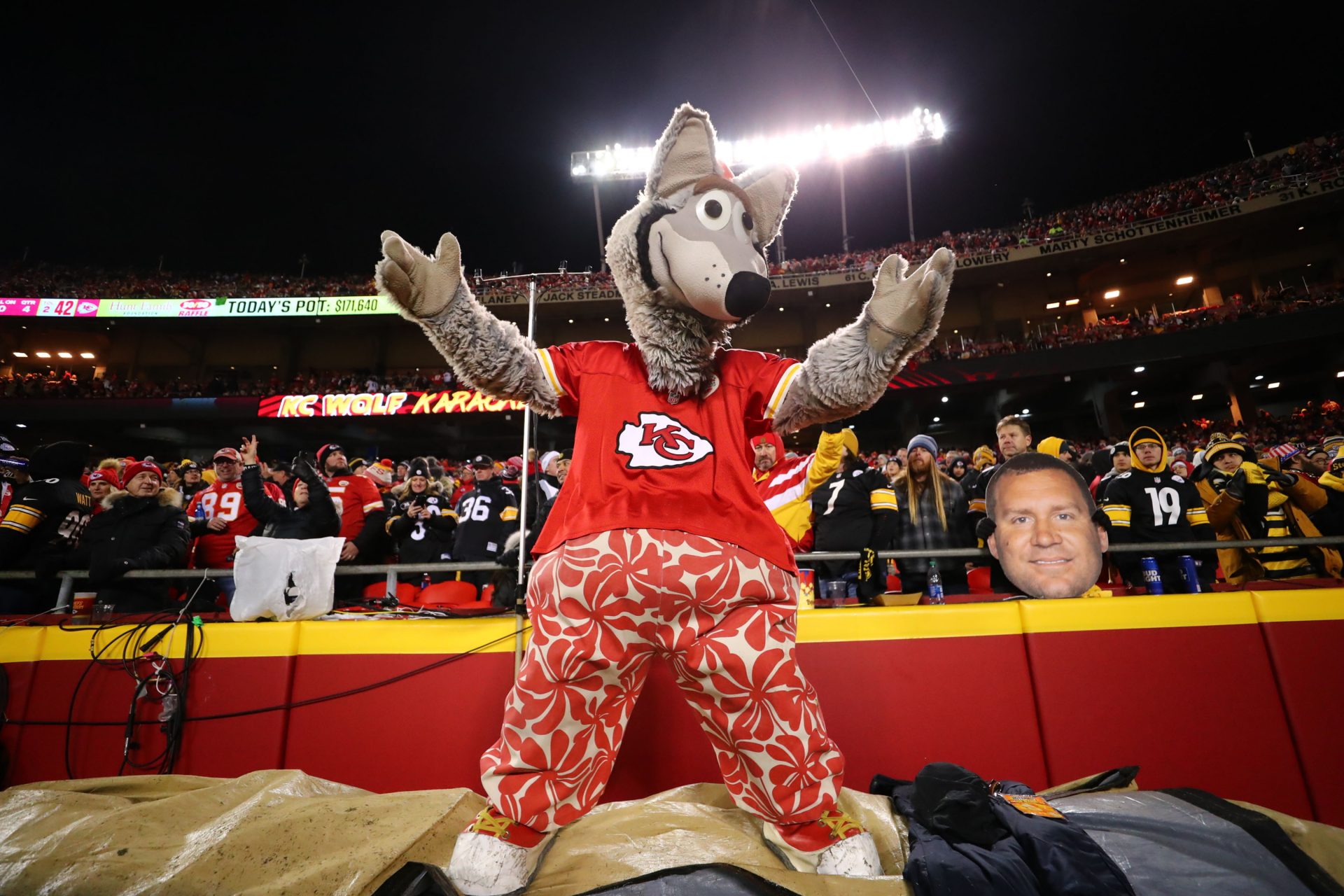 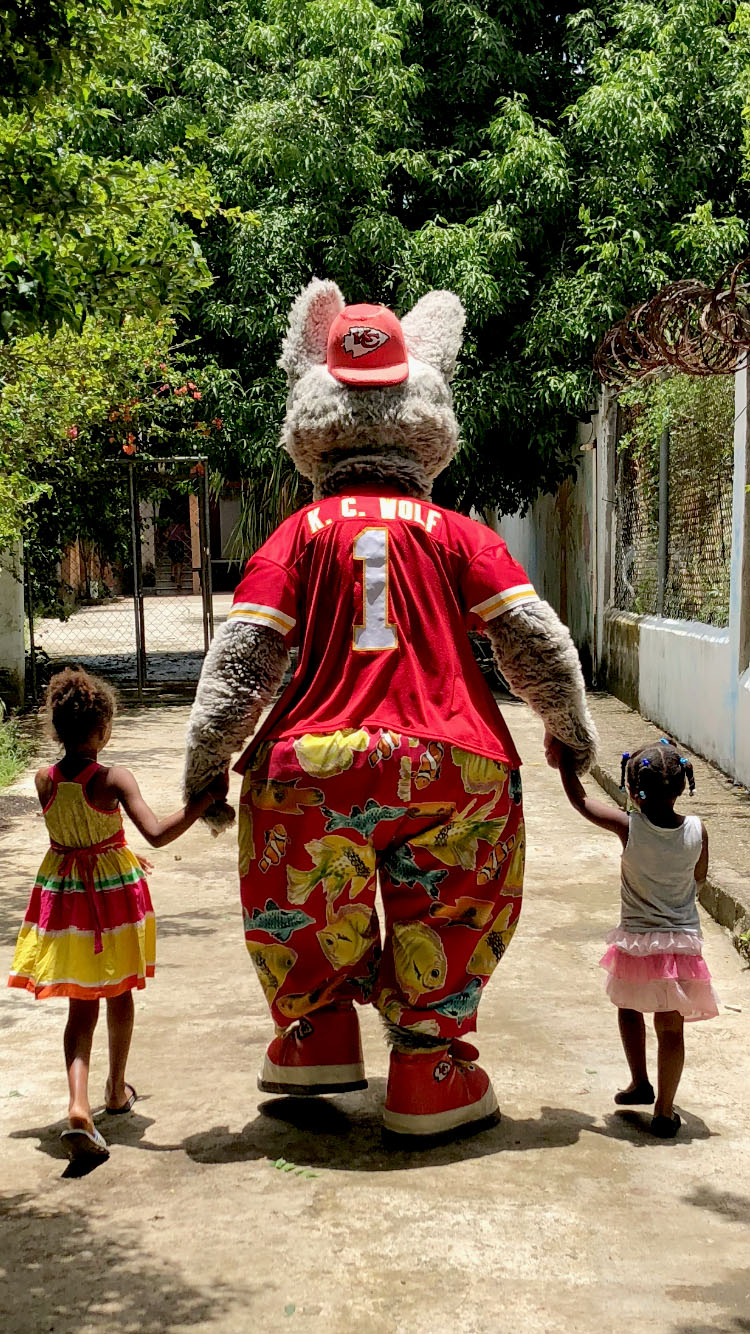 “You’re going and making people smile and laugh,” says Dan, a 2020 Missouri Sports Hall of Fame inductee. “You reap what you sow in life and I’ve been given this unique platform to bring joy to other people. Anytime I get the chance to be a blessing to someone else, it brings joy to my life too.”

His career took off as KC Wolf and his 86-inch hips and size 22 tennis shoes became more popular in the greater Kansas City area. He was asked to attend a growing number of schools, festivals and corporate events. Everything came to a screeching halt for Dan on Nov. 23, 2013.

“Earlier in the season we did a skit where KC Wolf ziplined into Arrowhead and the crowd loved it,” he says. “We wanted to do something similar, just not the exact same. So I was going to bungee jump in and zipline across the stadium.”

The day before the game, he was doing a practice run of his stunt. He stood on a bank of lights high above the football field and jumped. Too much slack in the line sent Dan 70 feet down onto seats in section 324 of the Arrowhead Stadium. “I did some damage to those seats,” Dan says with a laugh. “But they did a number on my body.”

Dan spent nine days in the hospital before he was released for six months of physical therapy. “At first I thought, if I just work hard for one week I’ll be ready to go,” he says. “I was not prepared for how mentally challenging it is to recover from something like that. Day after day after day of appointments and physical therapy.”

Dan says the fall put his life in perspective in short order. He helped pass the time during his recovery by writing his first book, “Wolves Can’t Fly.” The book includes stories from his career as KC Wolf and how his faith plays a role in everything he does.

“I’ve always heard there are no accidents, just incidents as part of God’s perfect plan for my life,” Dan says. “I didn’t like the pain, but I knew God must have a purpose behind this pain or he would’ve never allowed it in my life.”

Dan says the six months of rehab made him realize how much he loved what he did. He returned to the field the following year to continue his duties as KC Wolf. “When I first put it back on I was a little tentative,” he says of his wolf suit. “I asked my doctor what I could and couldn’t do and he just said, ‘Dan, you’ve got titanium rods, you’re not going to break them.’ ”

Two years after the fall, he expanded his mission work using funds from his book and speaking engagements. In addition to the more than $150,000 raised for orphanages and homeless shelters, KC Wolf has visited orphanages in Haiti, Honduras, India, the Philippines and Tanzania.

“When we did our first mission trip to an orphanage in Haiti it made me realize just how blessed I am personally living here in the United States and that I’ve got this ridiculous platform to make an impact on people,” he says. “These kids don’t know who the Chiefs are or KC Wolf is. We just hope we can bring some joy to their lives.”

Dan stays busy all year long with hundreds of corporate and motivational speaking commitments in addition to his appearances as KC Wolf at weddings, parades and school programs.

About to start his 33rd season running around Arrowhead Stadium, Dan is the longest tenured NFL mascot by about 15 years, appearing in more than 350 games. He says his fall and lingering pain are a constant reminder to live each day to its fullest.

“What that little bungee jump did for me was let me realize that life is temporary,” Dan says. “I have a friend who tells me that we’re all like jugs of milk. We all have an expiration date, just ours isn’t printed on us. I can’t tell you what that date is for me. But I can tell you that between right now and that date, I intend to live life to the fullest and use my time, talents and treasures to make an impact on the lives of those around me.”

For more information on Dan or to purchase one of his books, visit www.danmeers.org.