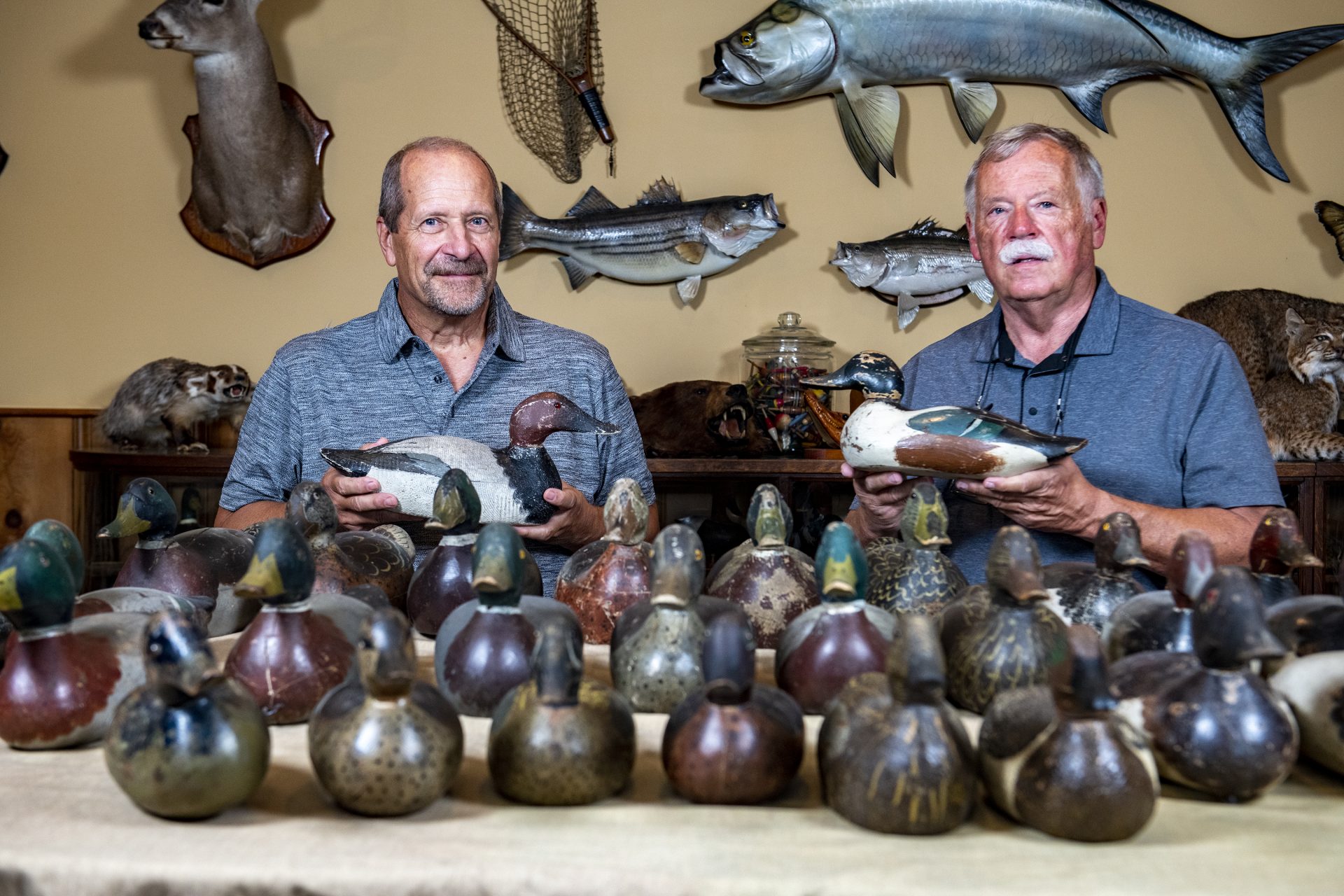 It sounds like the beginning of a joke: a semiretired surgeon and a consultant walk into a room. One is an antique collector, the other is a third-generation waterfowl hunter from Iowa, and where they meet in the middle is a fascination for historic duck decoys. For Dr. Greg Renner and Randy Crawford, members of the North American Decoy Collectors Association and Missouri Decoy Collectors Group, the camaraderie is good fun, but their work sometimes is serious business.

“Meeting Greg, it was like kindred spirits,” Randy says with a laugh. “It’s nice to meet someone who doesn’t glaze over when you talk decoys.”

For a specific study group within their organizations, the work is uncovering and preserving the history of factory-made wooden duck decoys made in Jefferson City.  Their reign was brief — lasting from the end of one world war to the end of the next — but is still celebrated today in the hearts of collectors. For Greg, Randy and like-minded others, it’s important to correct the misinformation that has accumulated over time within collector circles.

The capital city’s decoy dynasty wasn’t born from local heritage as you’d find elsewhere in Missouri. Instead it evolved from what had initially been the J.S. Sullivan Saddle Tree Co. Originally, it was set up within the Missouri State Penitentiary using prison labor.

James M. Hays came to Jefferson City in 1890 to work with his brother-in-law, John Sullivan, eventually taking over the saddle tree business in 1911. Hays was involved with multiple other businesses, including lumber, milling, gravel, real estate, shoe manufacturing, auditing, banking, and other ventures. After moving the business to a new factory on Industrial Drive, the company was renamed the J.M. Hays Wood Products Co., and was the largest supplier of saddle trees to the U.S. military in World War I. As demand for those products declined following the war, they manufactured a wooden car bumper known as the “Hays Hickory Hitter” and, eventually, wooden decoys.

Duck decoys were not new in post-WWI America, but their use as a recreational hunting tool was on the rise. As the Great War ended in 1918, America passed the Migratory Bird Act which sought to protect the waning bird populations from market hunting and commercial feather trade. When Hays began making decoys in 1921, the most popular factory models were made by the Mason Decoy Co. in Detroit, Michigan. Mason decoys were celebrated for both their design and outstanding painting. They were mass produced, with marketing done through many sports stores and catalogs.

Greg and Randy both say there is no doubt that the first Hays decoys were made to compete directly with Mason’s products.

“It’s really surprising that Hays did not get sued for making decoys so similar to the Masons, but they likely got away with it as Mason was turning its interest from decoys to supplying paints to the Detroit auto industry,” Greg says. “The Jefferson City birds have been criticized for not being as good in terms of painting, but they were still quite good.”

After two years, Hays was sold to another local business, Standard Crate & Filler Co. Maintaining the Hays name as a subsidiary, they changed the decoy body shapes and introduced the concepts of scratch and comb painting -— a major feature of many later Jefferson City decoys. 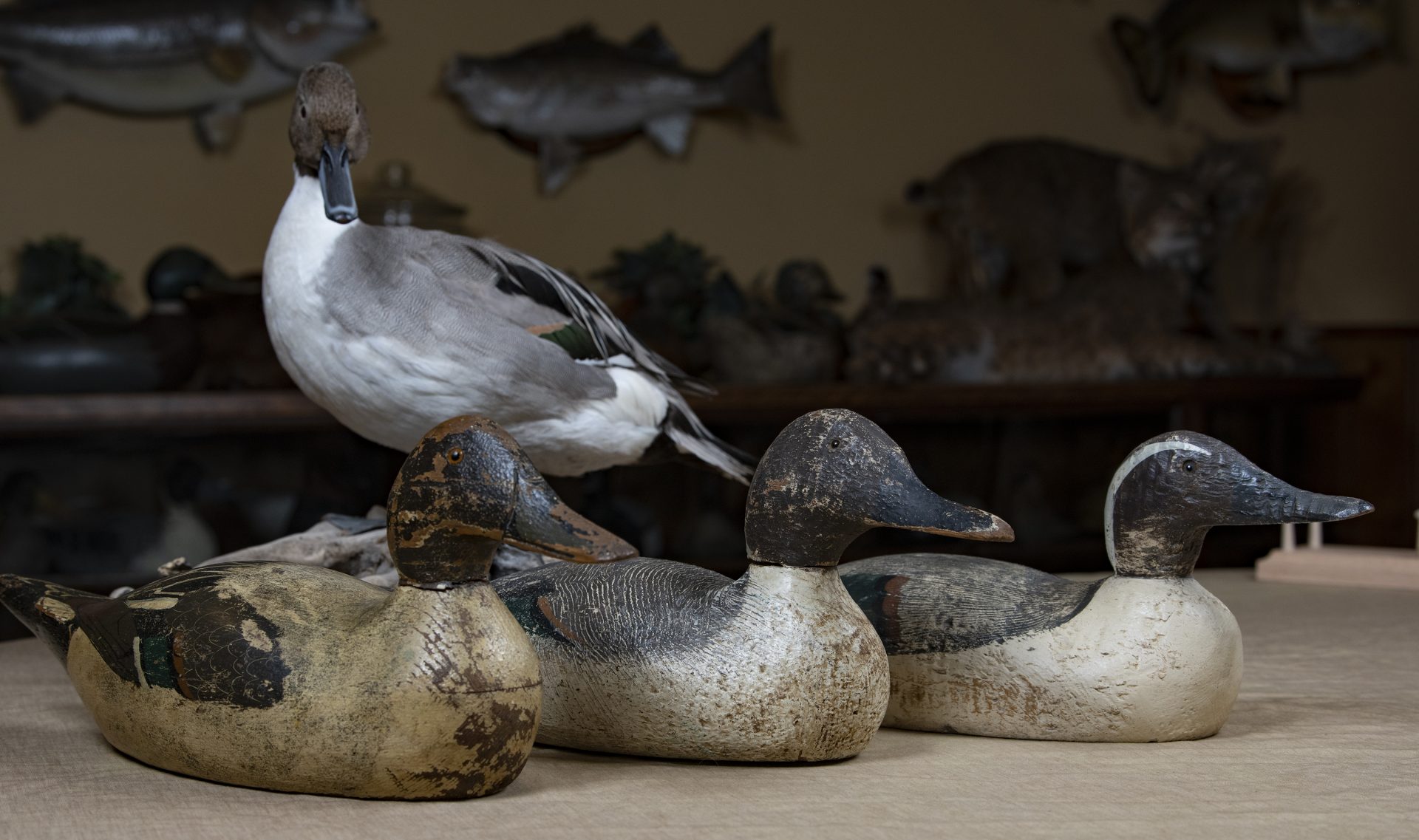 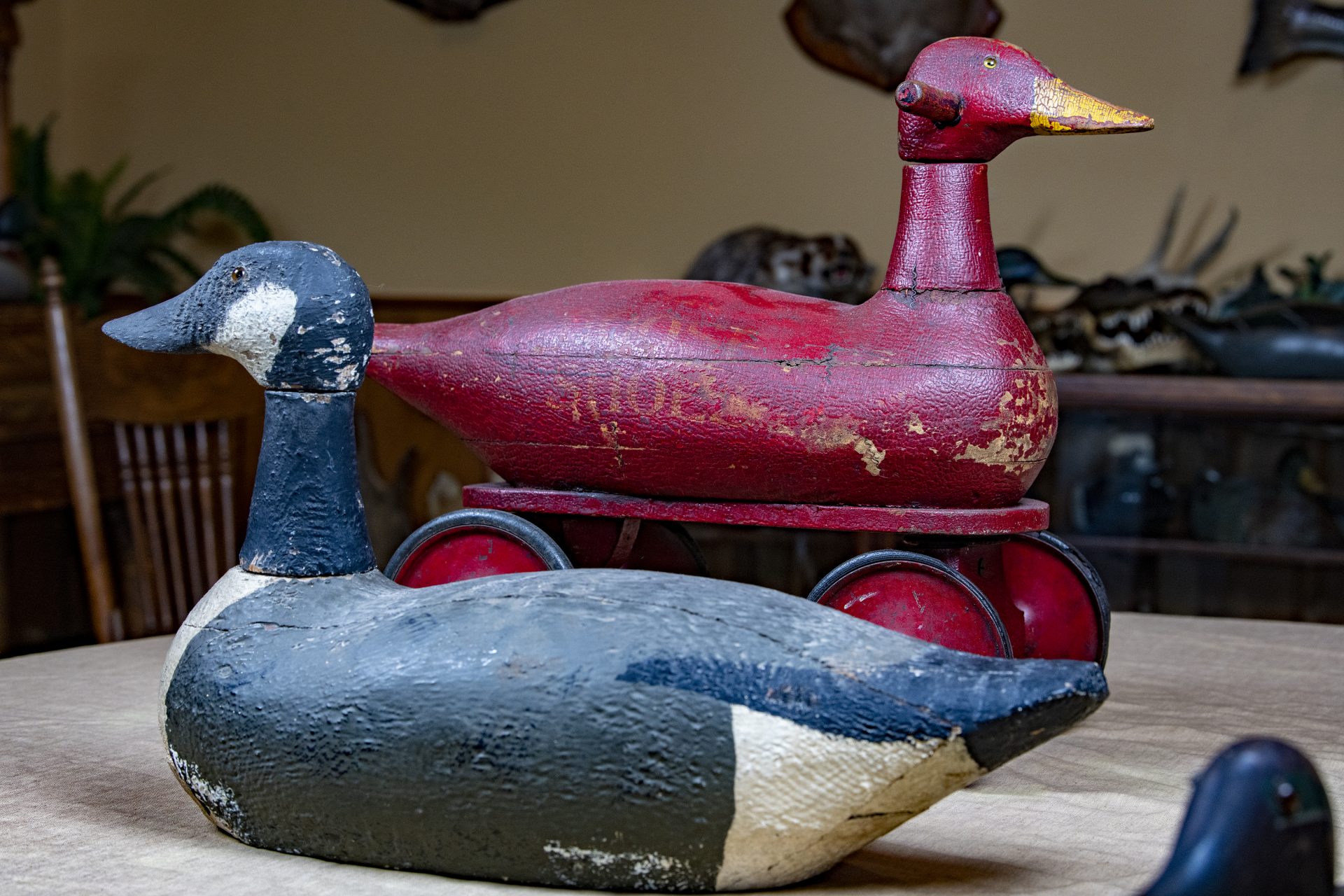 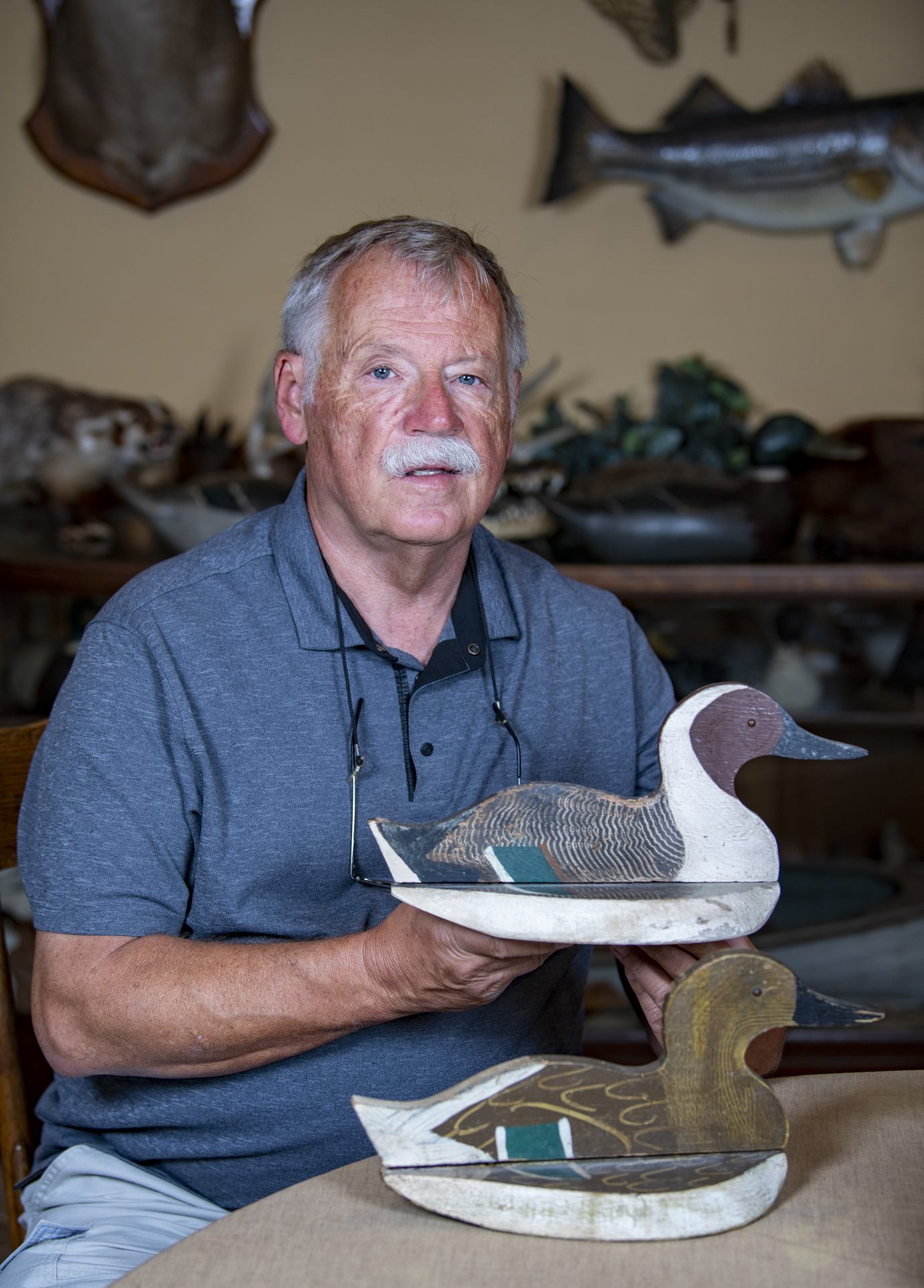 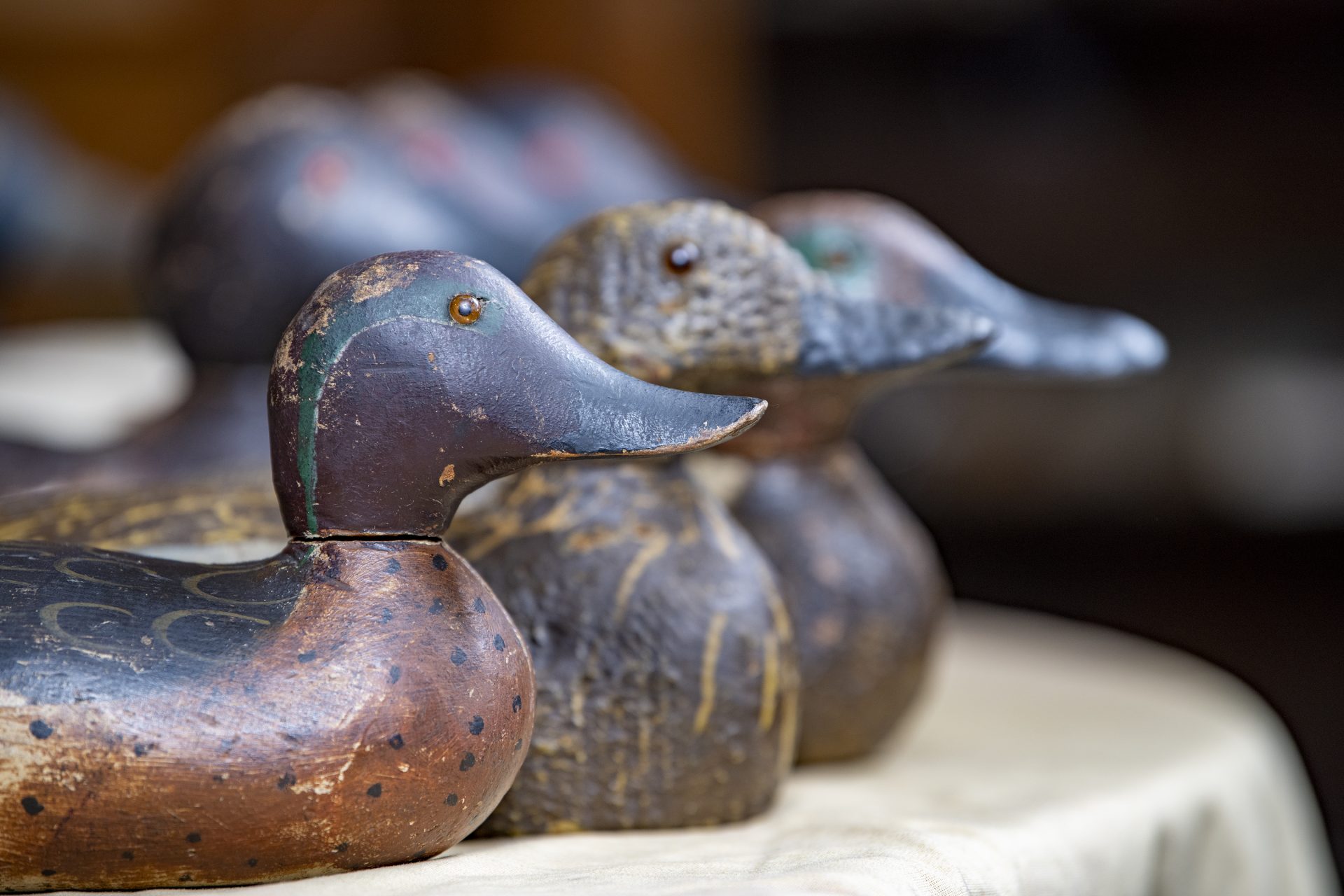 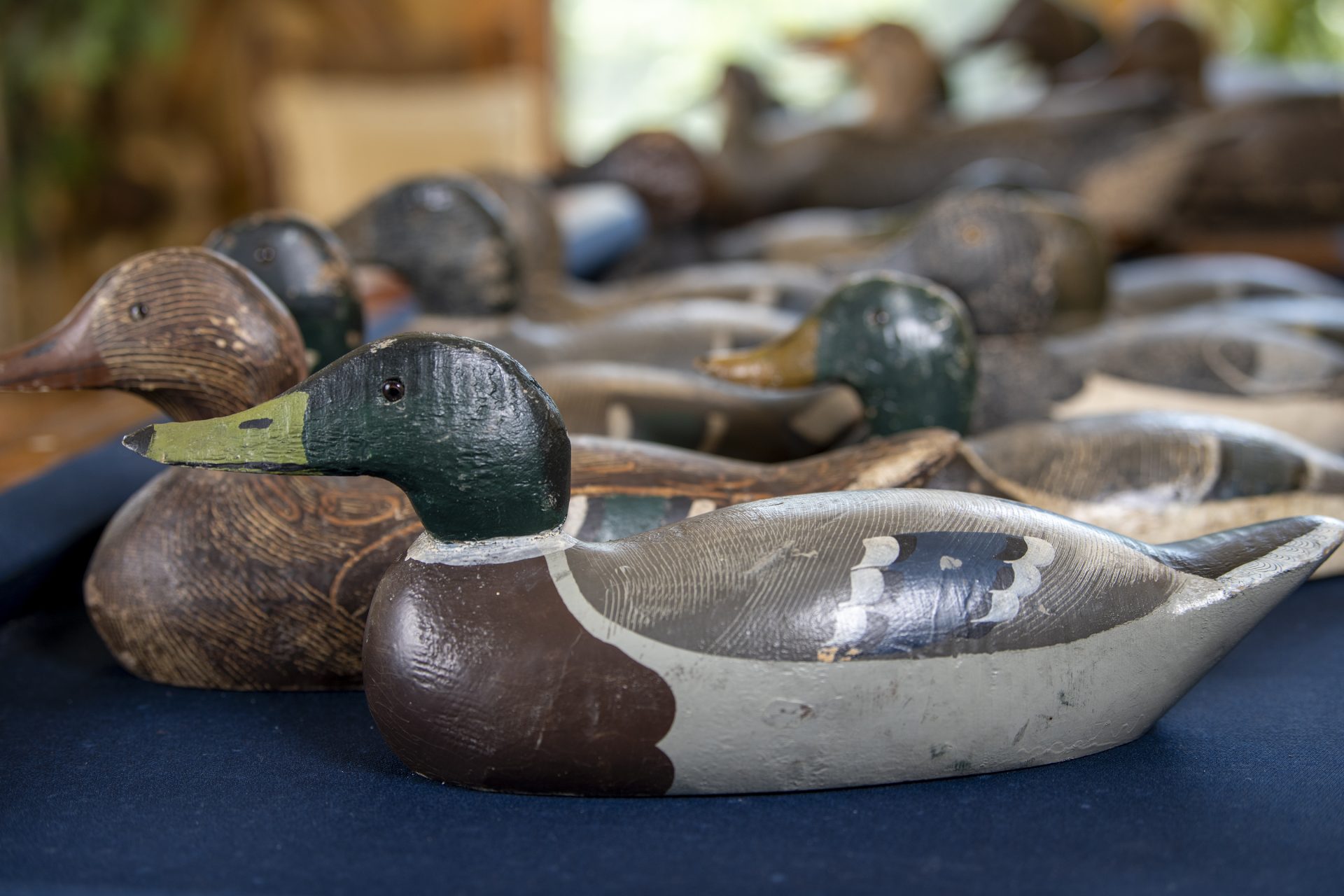 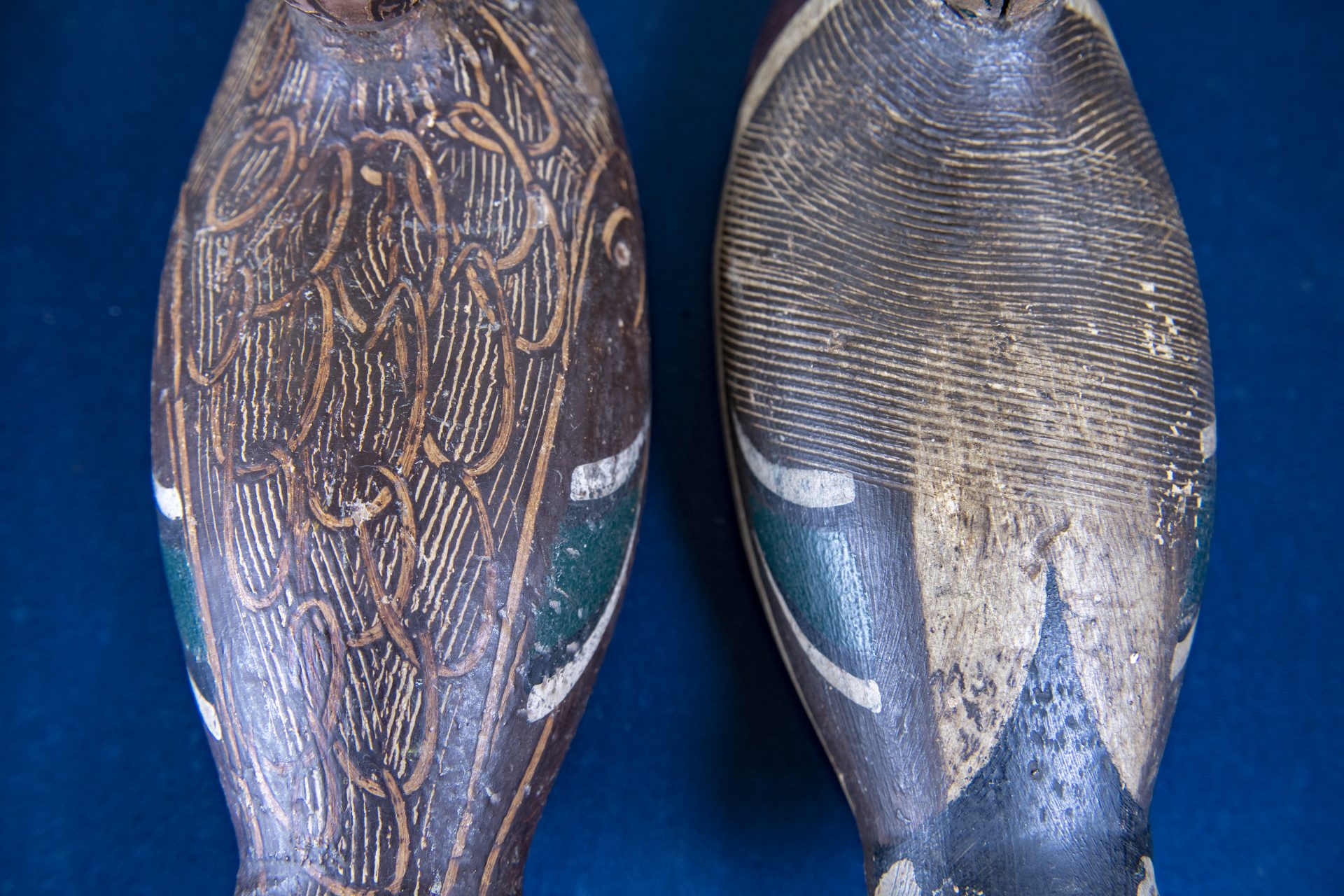 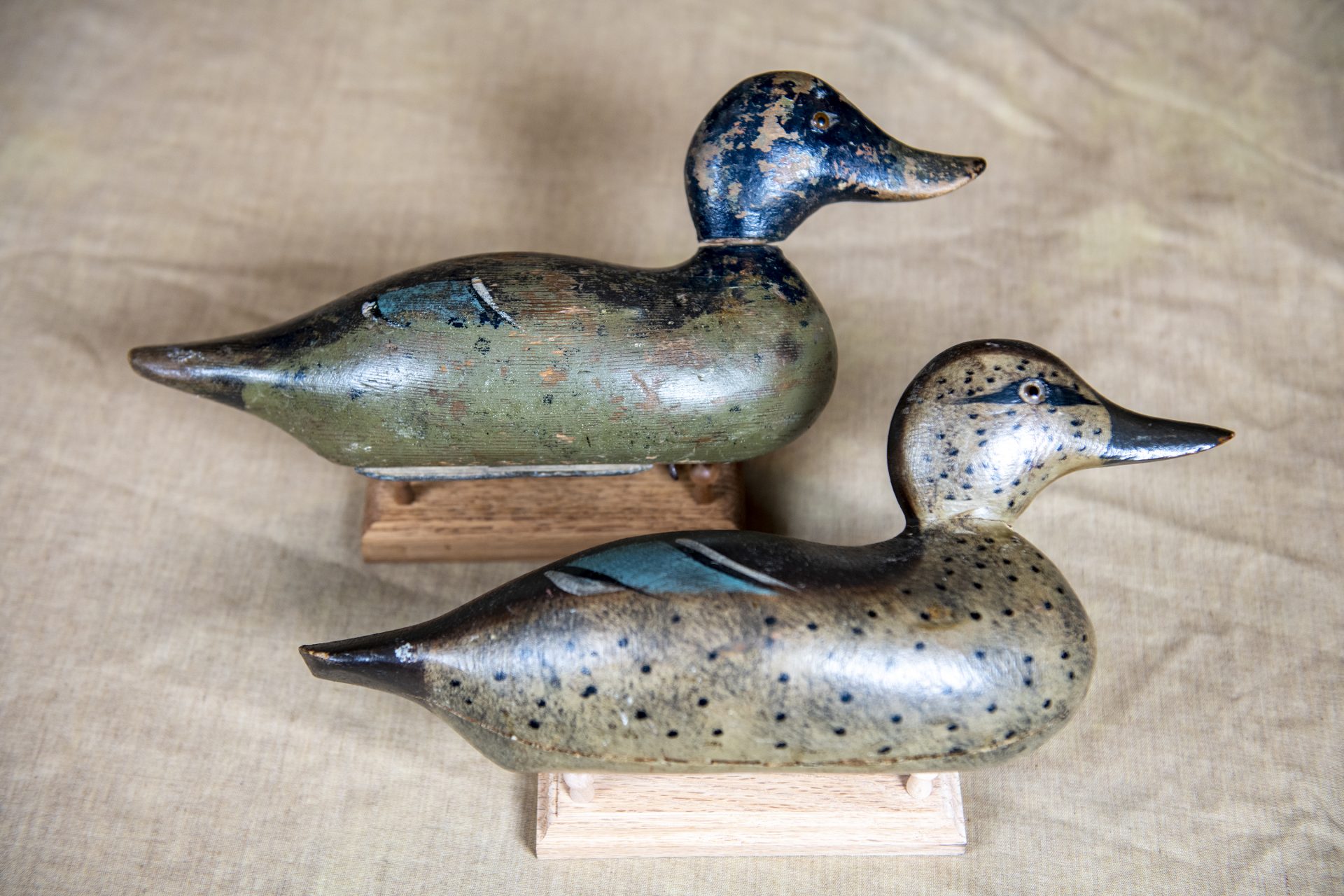 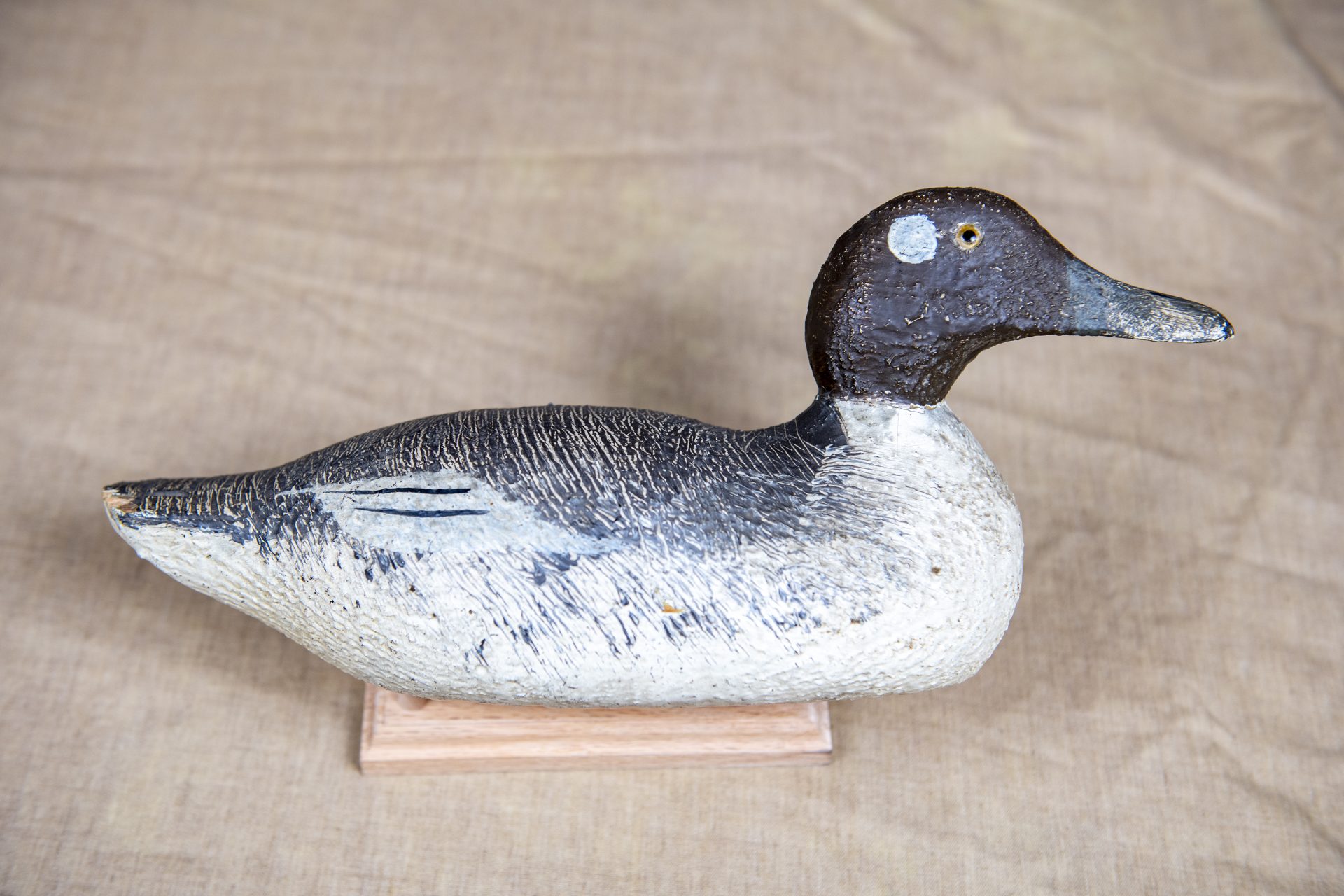 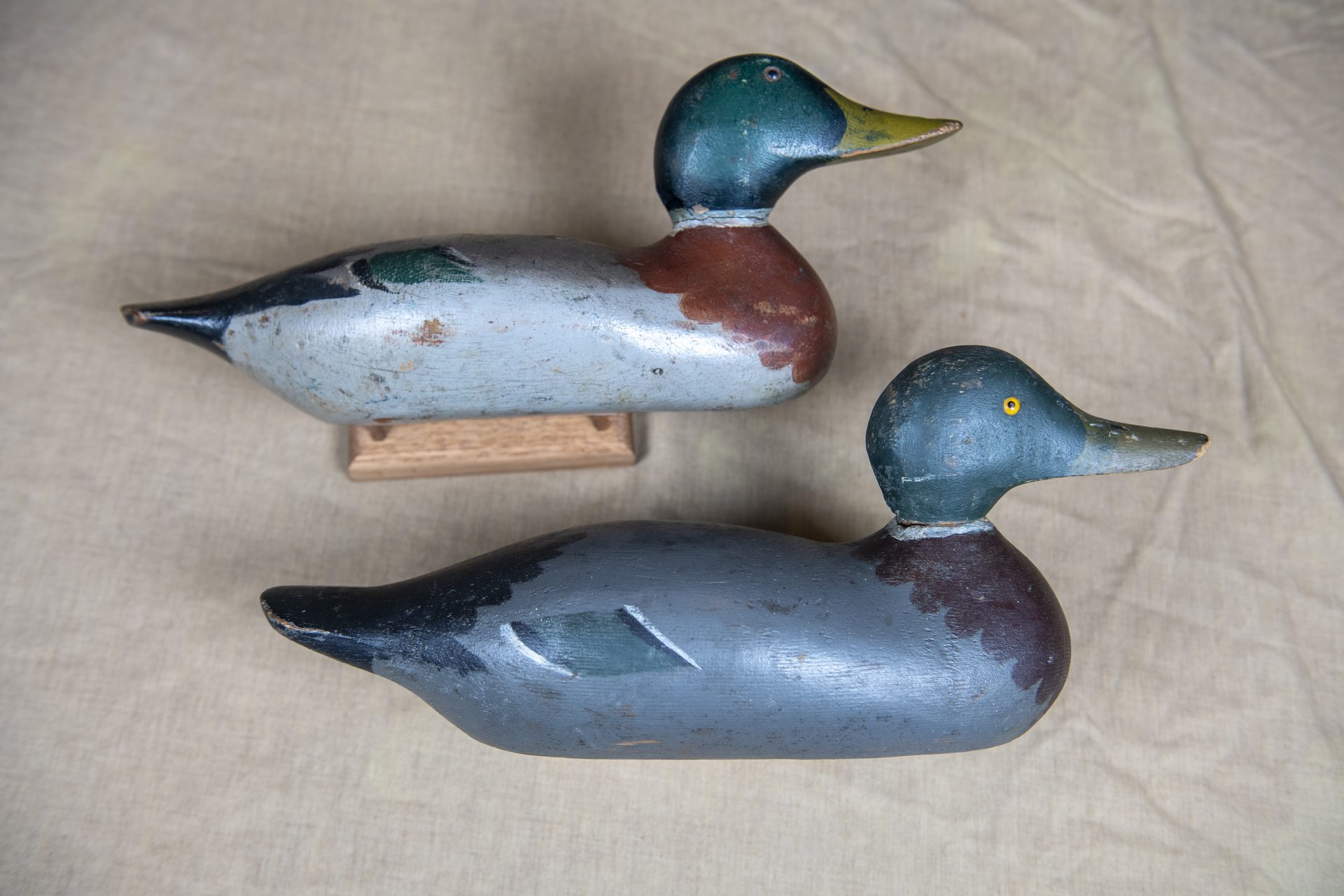 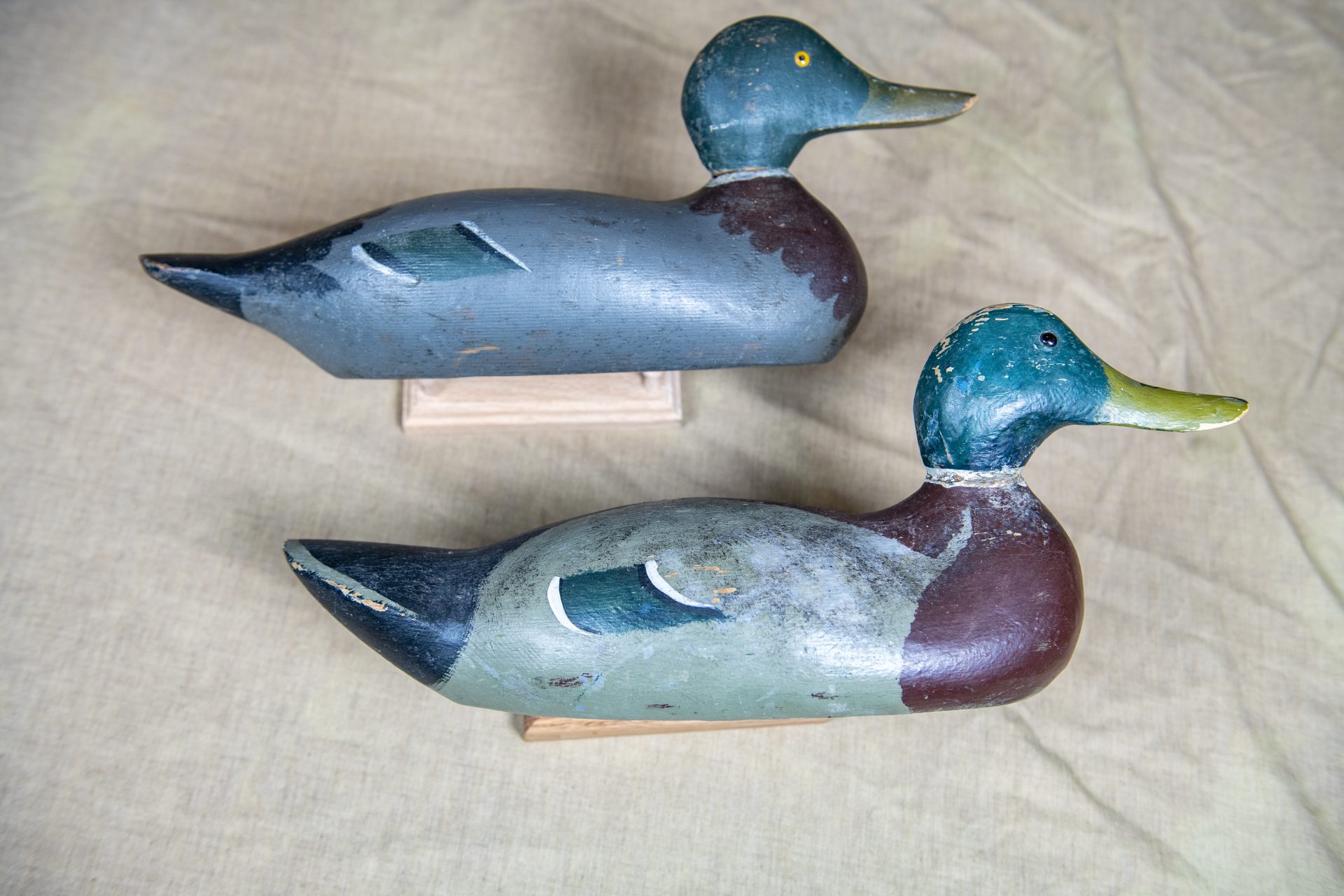 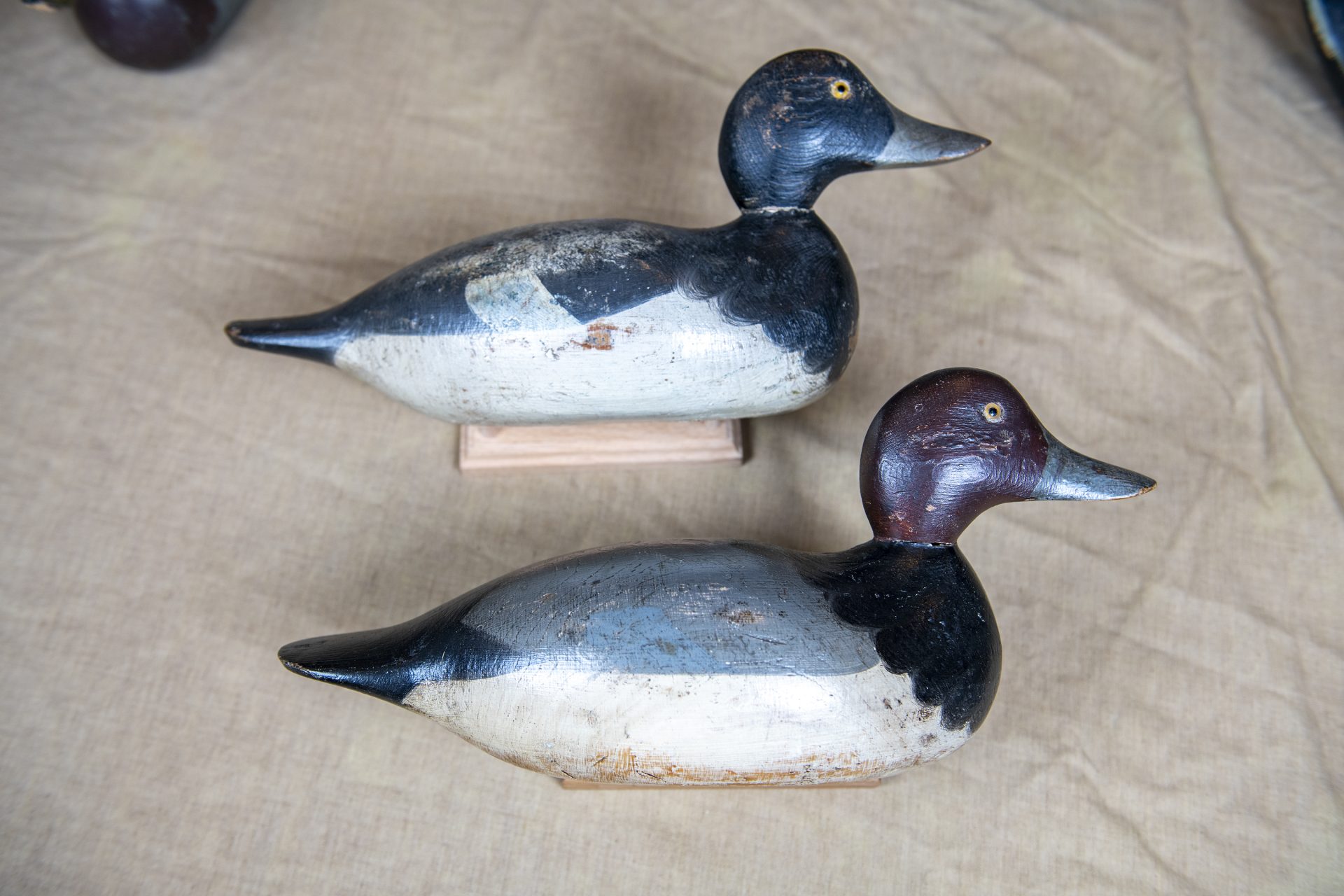 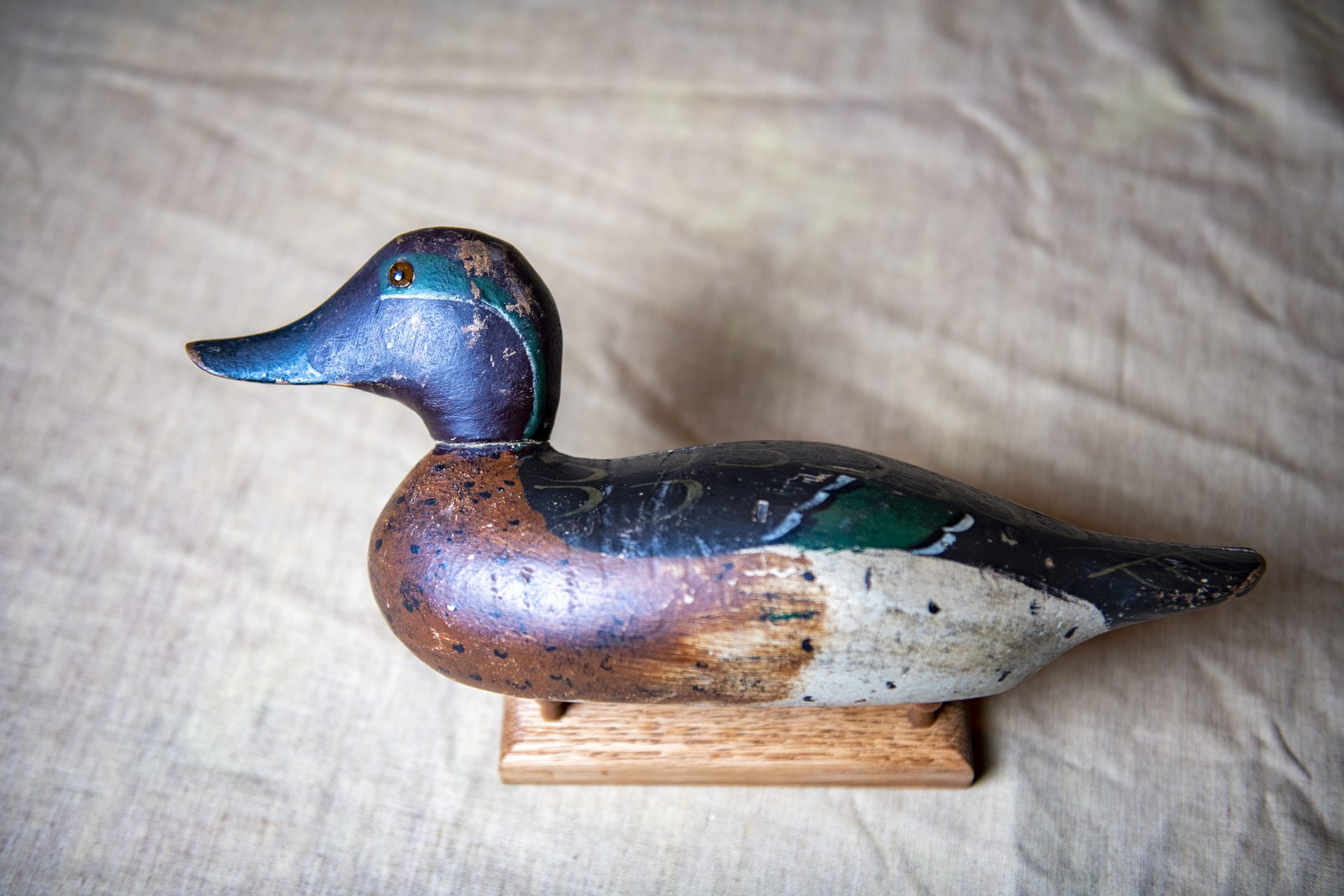 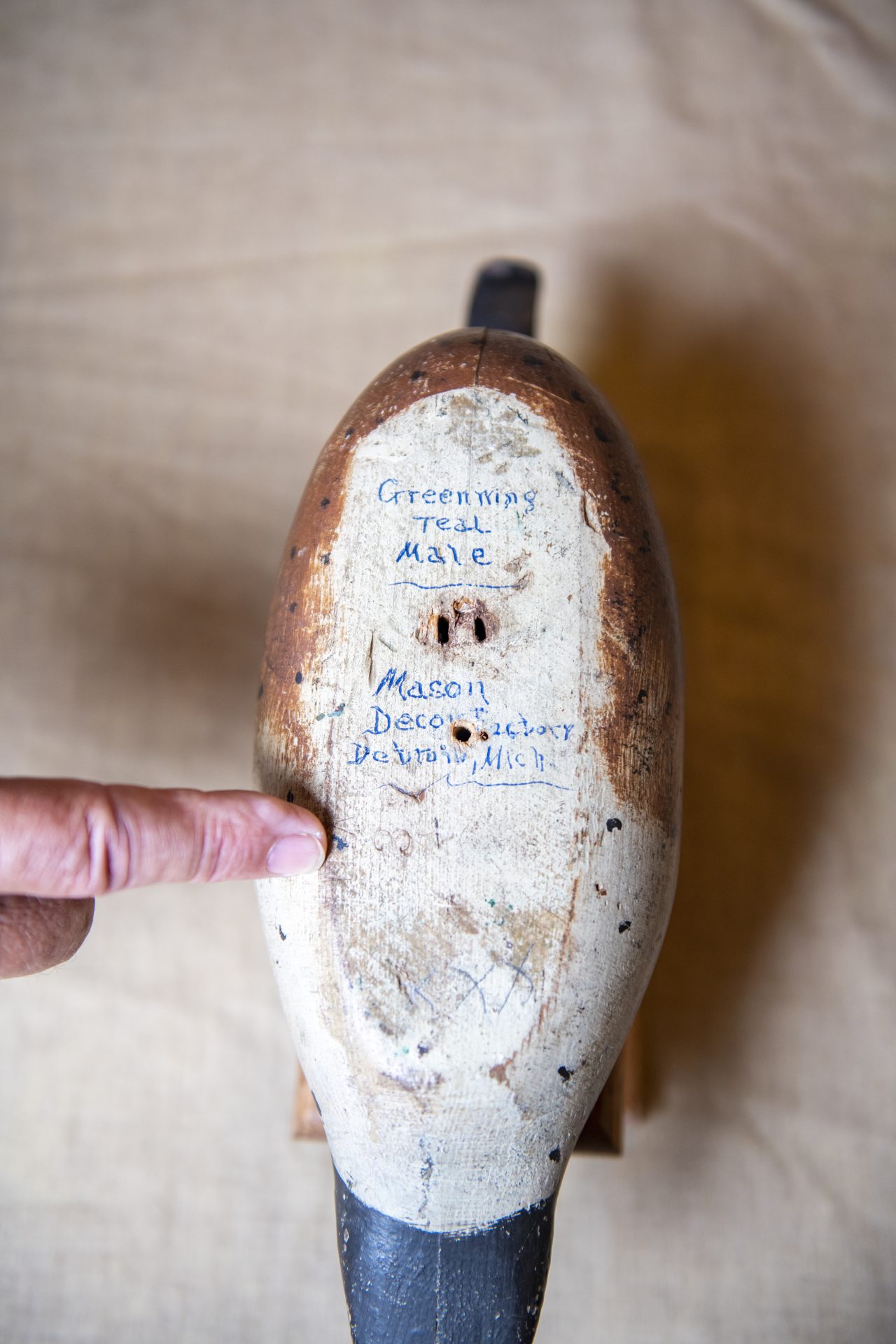 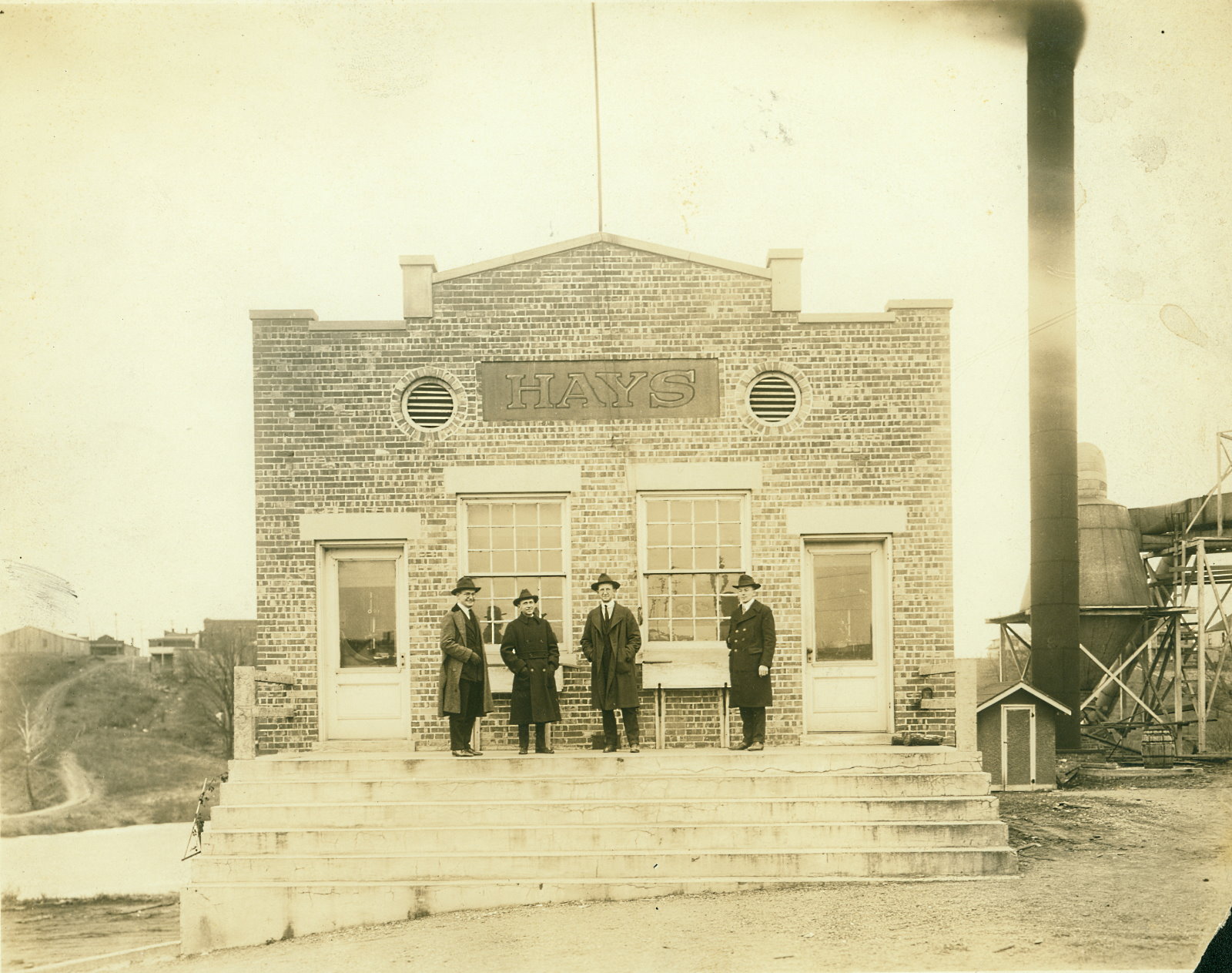 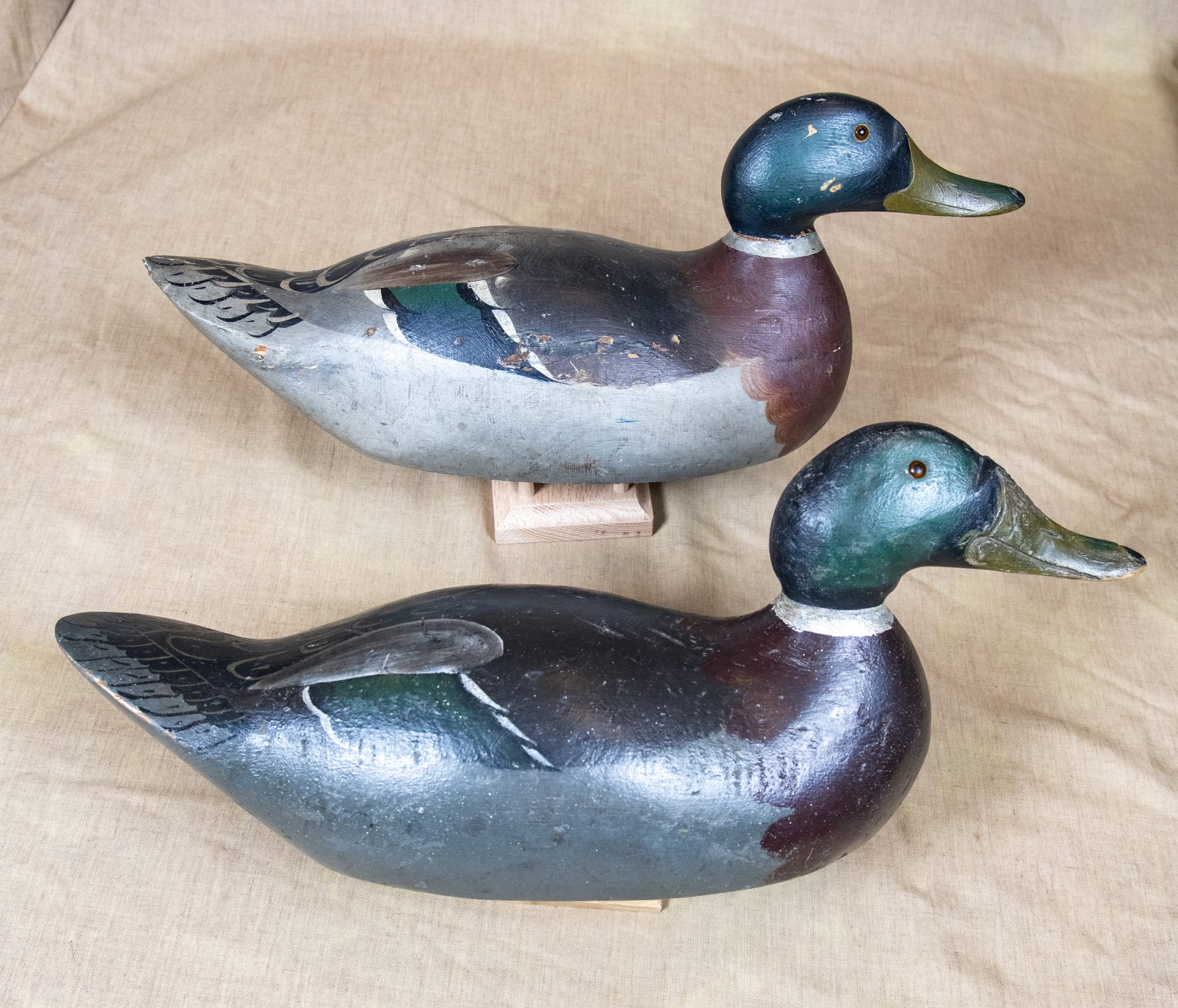 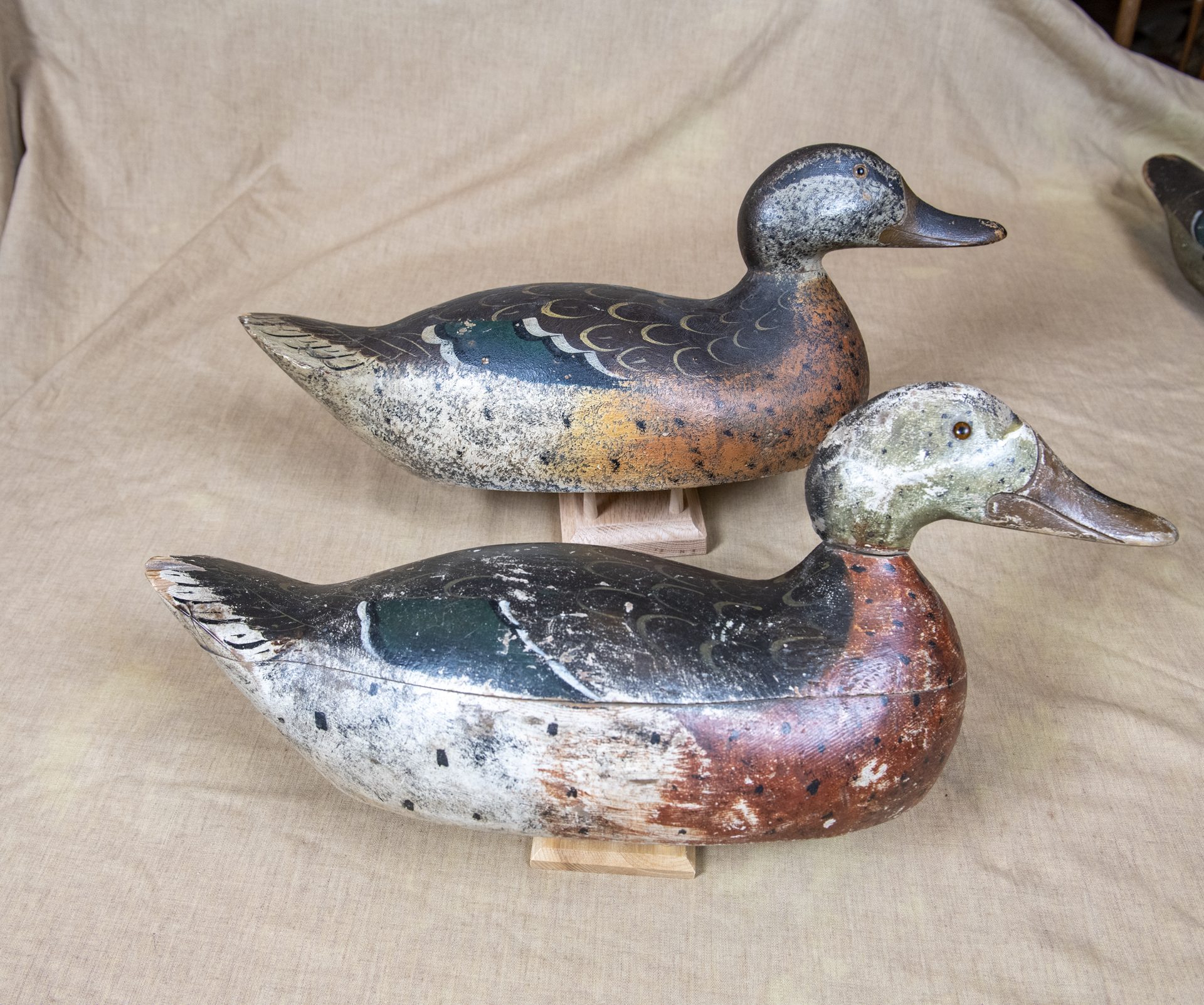 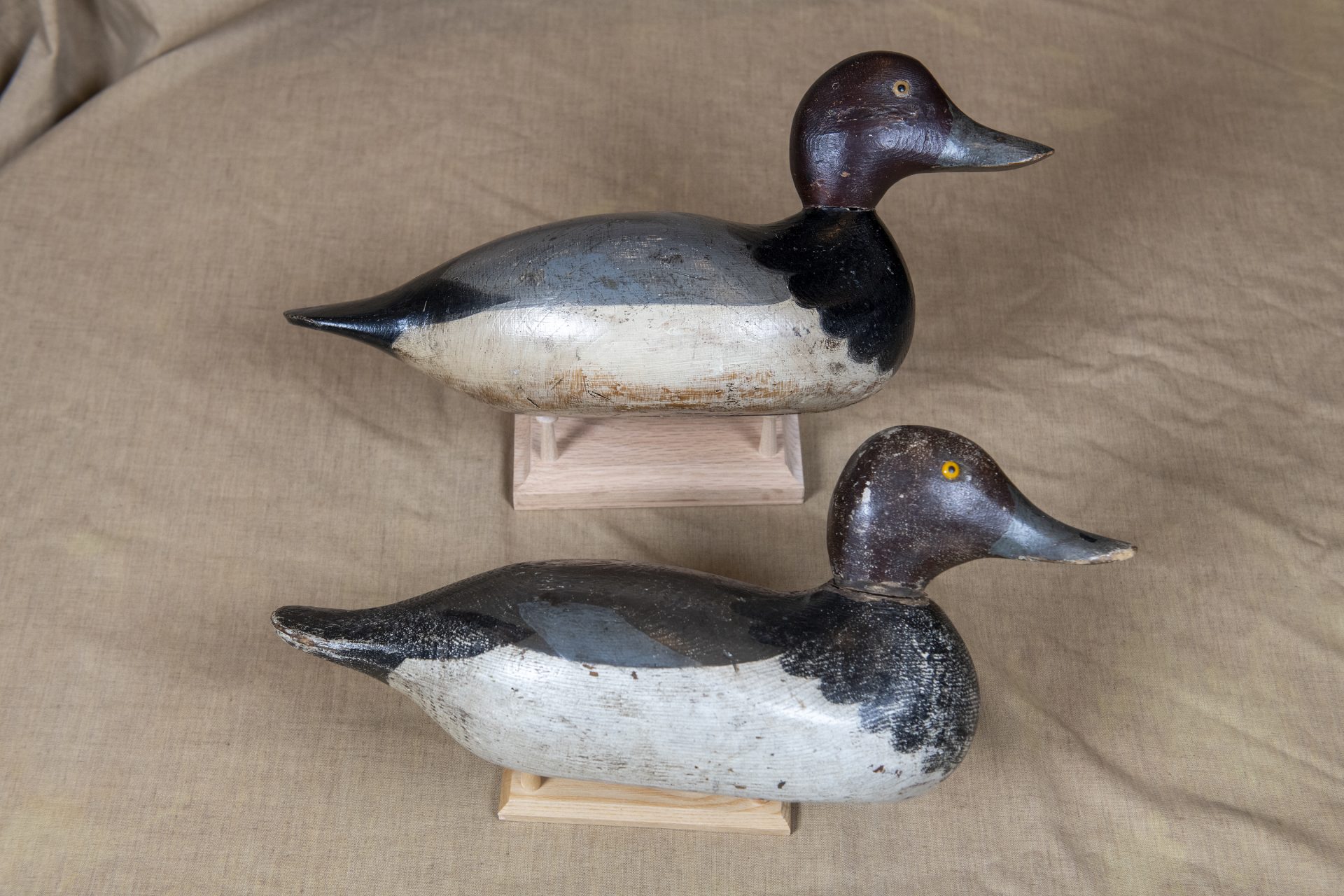 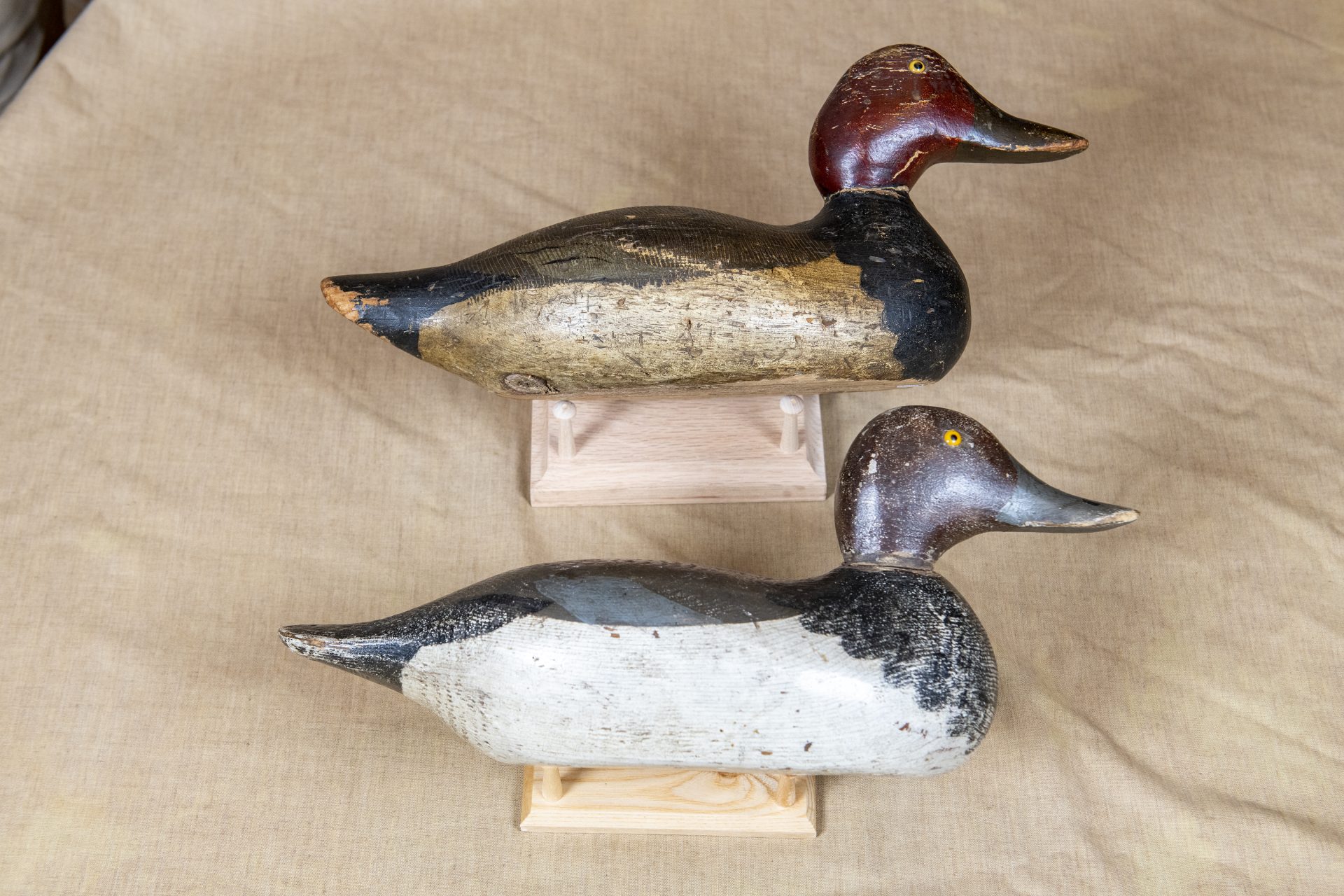 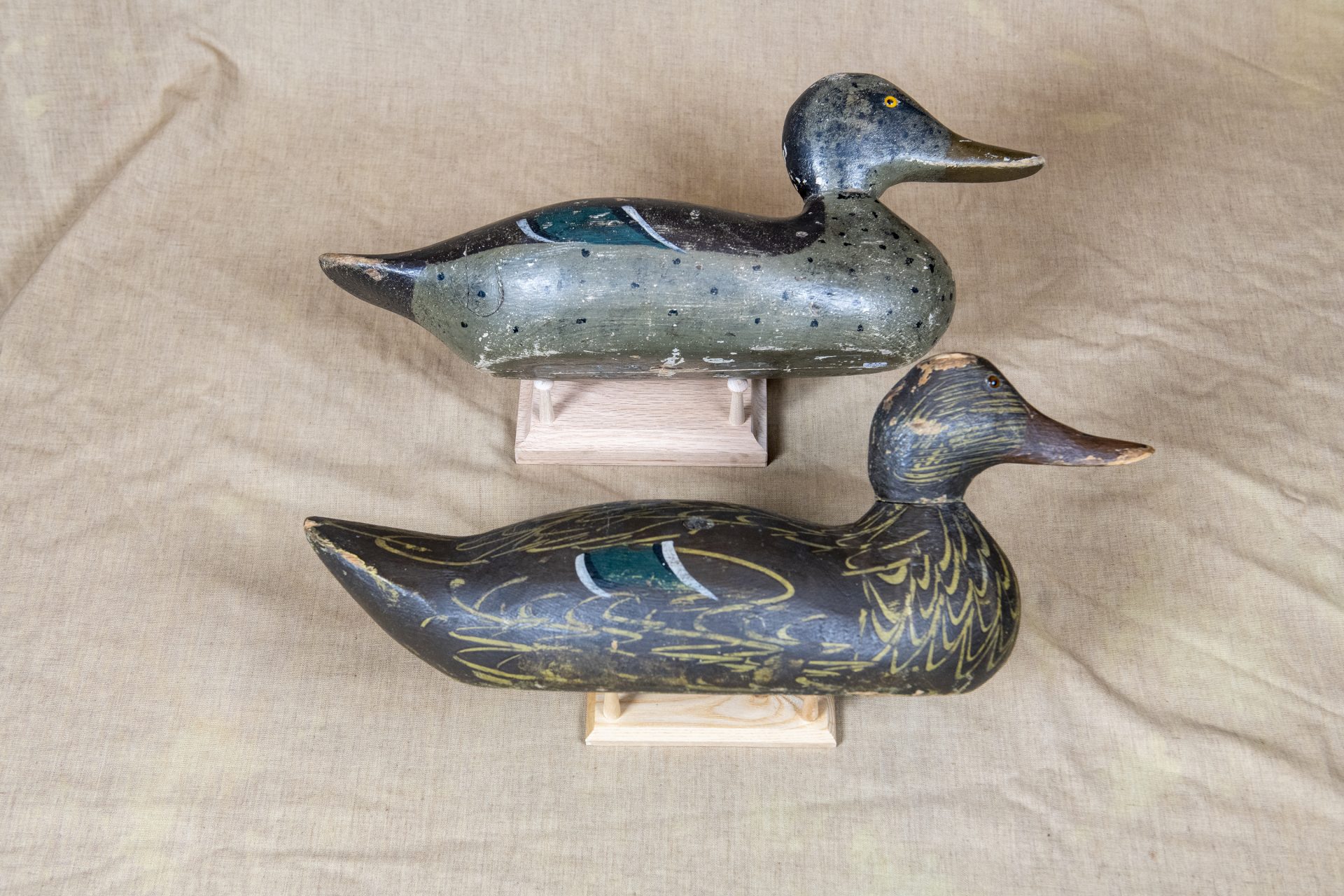 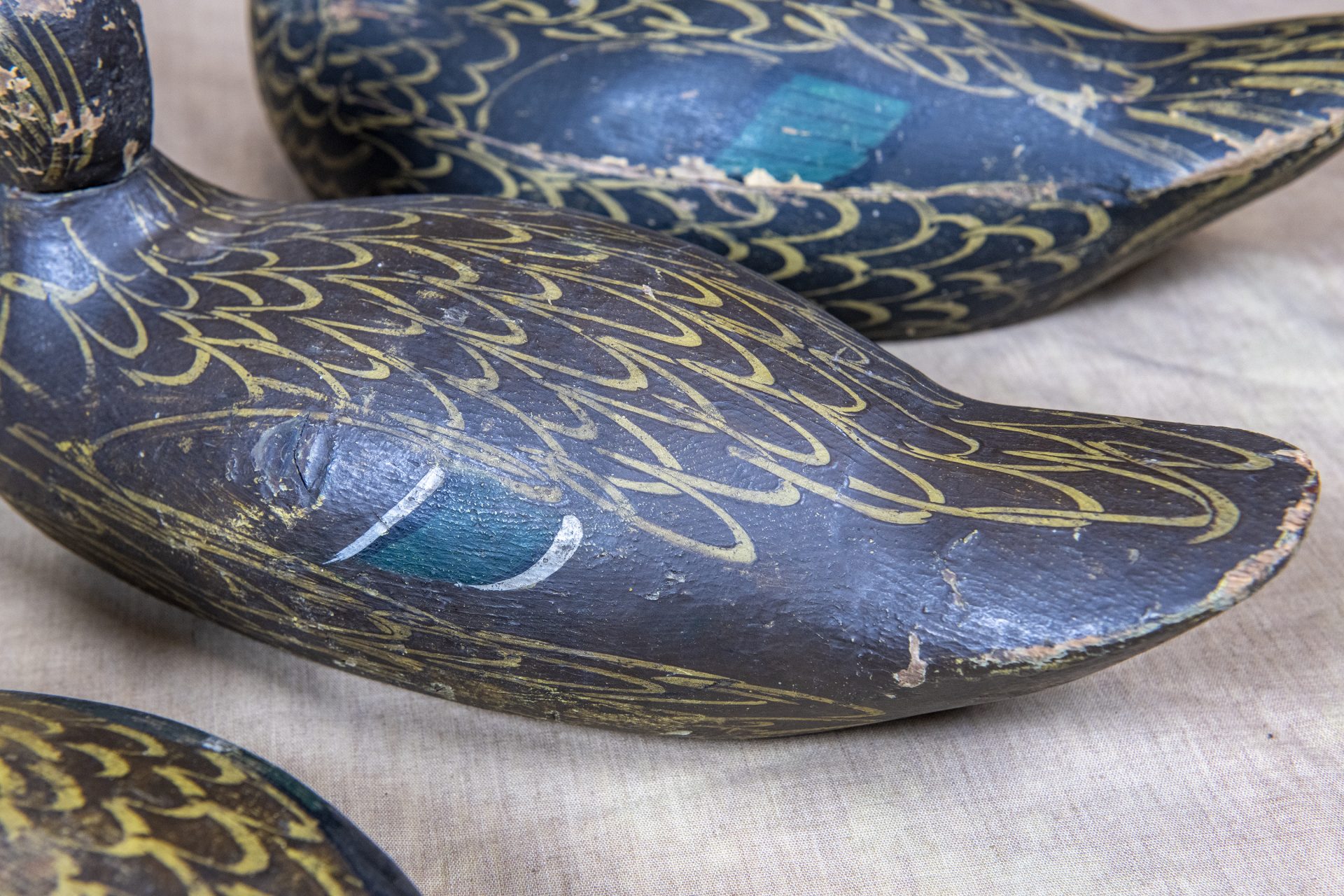 Standard Crate & Filler went bankrupt in 1924, and Hays decoy production came to a halt. The decoy making equipment and factory were purchased by three members of the Gundelfinger family. The Gundelfinger Wood Products Co. continued wooden decoy production and manufactured other wood products for another four years. While they used the same iron duplicating lathe molds as Hays, Gundelfinger produced their own unique decoys, which differed from the Hays and Mason products.

Gundelfinger decoys tend to have less sanding, leaving a rougher body and a textured, feather-like surface. Earlier versions tend to be heavily painted. The company made extensive use of scratch and comb painting on decoys, while also producing furniture and other wood products.

Gundelfinger also succumbed to bankruptcy in 1929. Jefferson City’s Harry Benz purchased the equipment and continued making high-quality wooden duck decoys for another 15 years. Benz began decoy making in the back of his “Rent-a-Ford” business, formerly located on Jefferson Street. Later, he built a new factory on Missouri Boulevard on a site that is now home to the Jefferson City Eagle’s Club, where most of his production occurred.

How Benz’s decoys changed over time has never been well recorded. Greg, Randy and the study group hope to change that.

“It’s been interesting to learn about the history, the families and where some of these places were,” Randy says. “All three factories were wood products companies, so they knew wood. You don’t see cracks in their decoys that you see in Mason’s.”
In the modern era, Hays decoys have been misidentified as Mason products and vice versa. Many of those occur in authoritative guides on decoy history.

“Mistakes were made early on because people didn’t know the Midwest makers so well,” Greg says. “Once that got in print, it took on a life of its own.”

After years of studying decoys, the members know what they are looking for in the colors of paint, the shape of a beak, the cold stamp on the bottom of a bird or even the specific size and texture of dowel rods used to connect the head and body. The more differences the members find, the easier it is to correct public record within the collecting community where, as Randy notes, ingrained ideas aren’t easily changed. Greg estimates as many as 60% to 70% of Jefferson City decoys bought and sold online suffer from a case of mistaken identity.

Even the collection of the late New York architect Joel Barber, considered to be the first major American collector, had errors. On the advice of Greg, auctioneers checked a decoy formerly owned by Barber and believed to be made by the Pratt Co. They discovered underneath the base “Mason decoy” written in ink, and underneath that an imprinted stamp with a model number and a “Hays” imprint. Randy and Greg say it’s rare to find a collection where at least one piece hasn’t been misidentified. Their group wants to make sure the true story is told.

“This is a history, and to me it’s art,” Greg says. “Years from now you want to know what the right thing is.”

As the historical record is corrected, the collectors hope to give Jefferson City decoys and their makers some of their overdue recognition. The group holds sessions at the Missouri Department of Conservation’s Runge Nature Center open to anyone with an interest in the decoys and their local history. The next meeting is scheduled for March 5.

“It keeps you honest when you’ve got a group,” Greg says with a laugh. “It’s great because everyone has some particular knowledge of some particular piece, so we all learn from each other.”

For more information on the Missouri Decoy Collectors Group, contact Dr. Greg Renner at gregrenner51@gmail.com or Randy Crawford at crawfr49@hotmail.com.