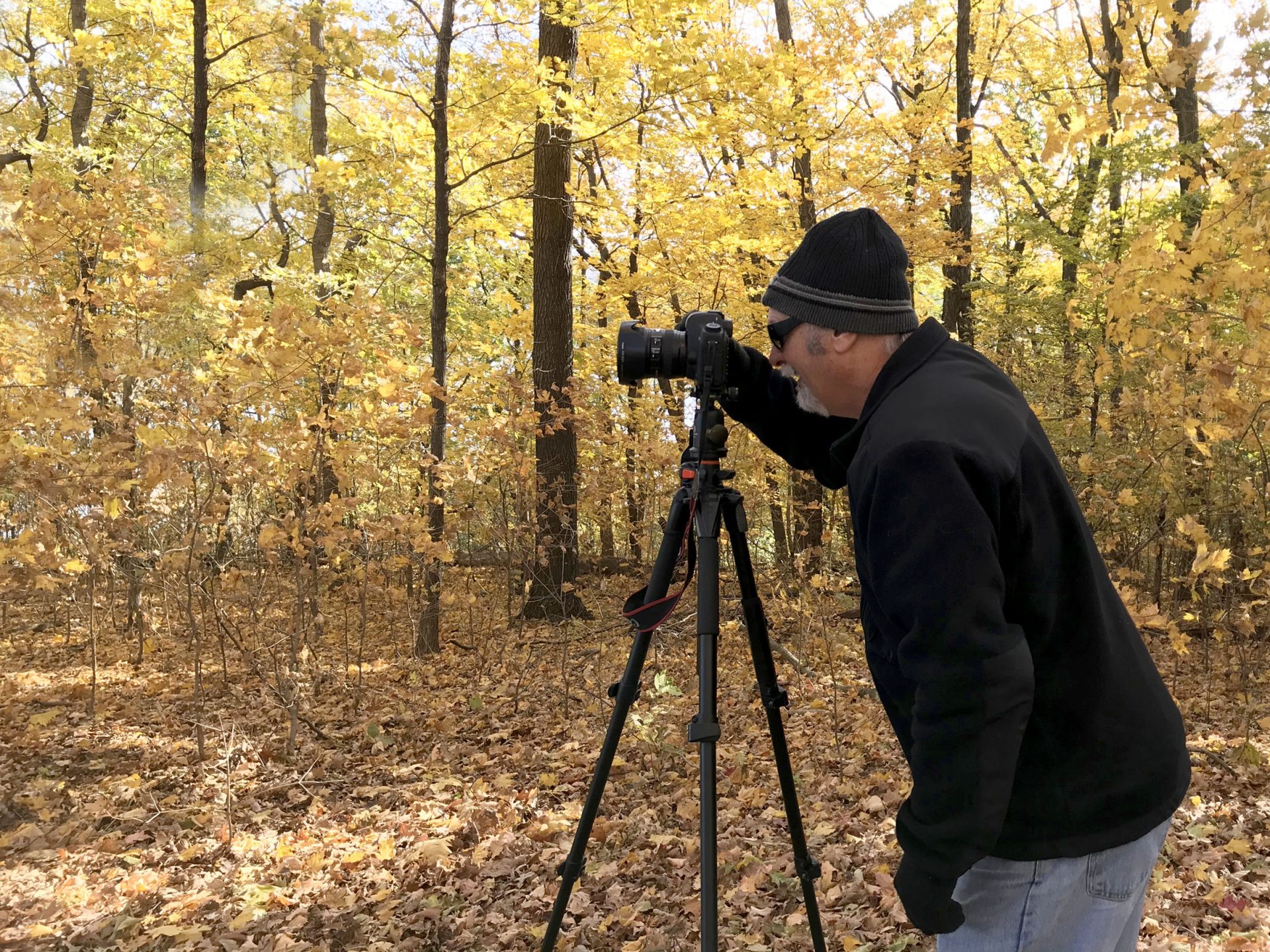 It’s no surprise that Larry Braun was drawn to photography. He got it from his dad, who purchased his camera in Japan just after World War II. Likewise, Larry picked up his first camera — a Canon F-1 — in Hong Kong during the Vietnam War. “I had been on the ship long enough to have enough saved up to buy one,” the Navy veteran says. “It was around $100. I bought it and just started taking photos — mostly slides back then — of whatever I saw.”

Nearly five decades later, Larry still has his love of photography. The Benton photographer has published a pair of books on small towns and churches, and prints of his can be found in offices, banks and hospitals throughout southeast Missouri. Later this year one of Larry’s photos will be featured in a stamp commissioned by the U.S. Postal Service.

“I guess it’s just kind of natural. I never really decided to take pictures, it just came to me,” he says. “I did that all through my time in the Navy, then I did freelance work for a newspaper in Cape Girardeau while I was in school at SEMO.”

Larry eventually graduated with a science degree and was hired as a chemist for Associated Electric at their New Madrid Power Plant. “I gave up my photography and focused on my chemistry and raising a family,” he says.

As his children grew older, Larry took an interest in hiking. “It was around 2000 when I was doing a lot of hiking with groups,” he says. “That is when a lot of the point-and-shoot digital cameras were coming out, so I got one and started taking pictures of my hikes. I got to liking taking photos more so than hiking.” 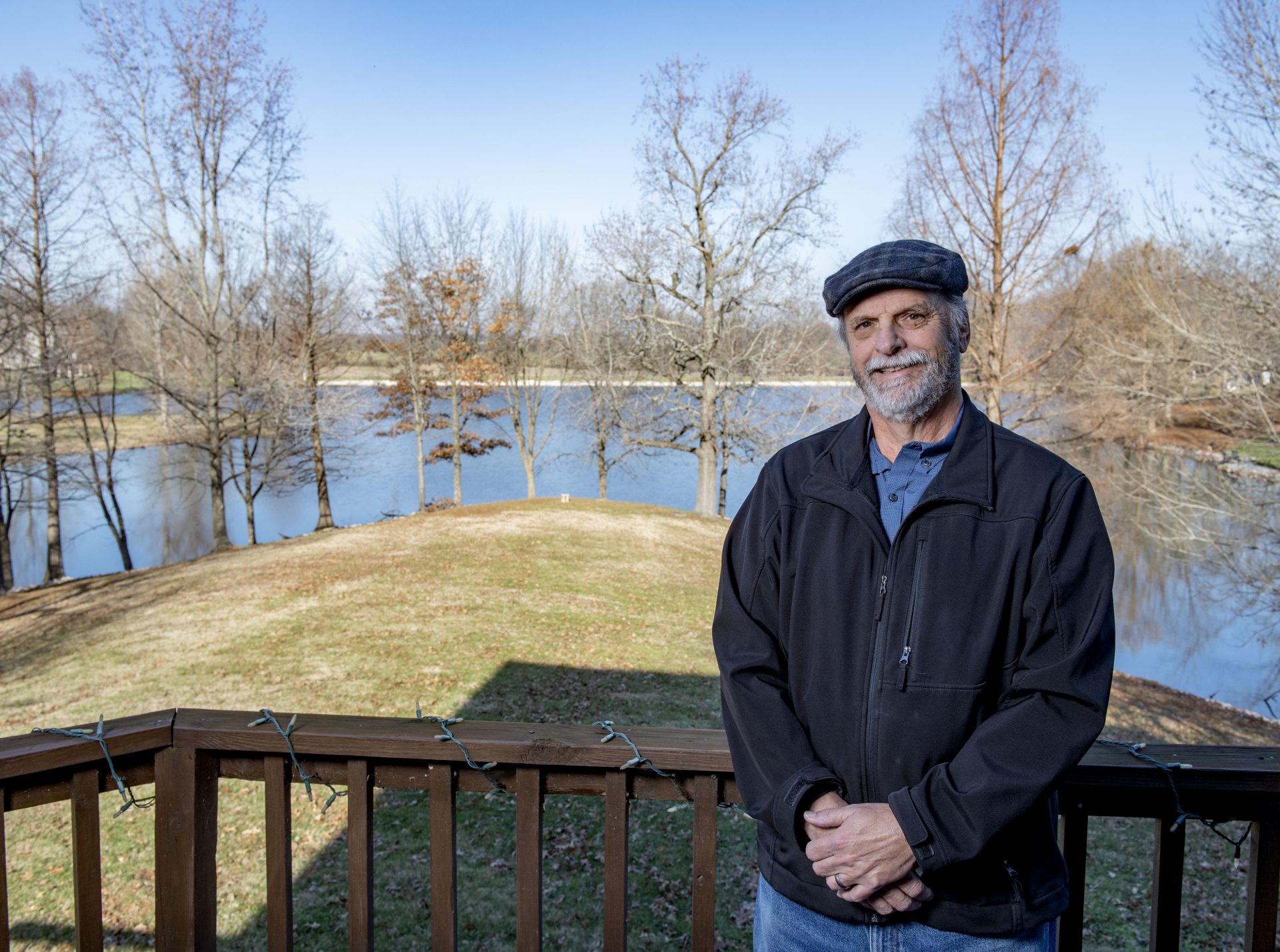 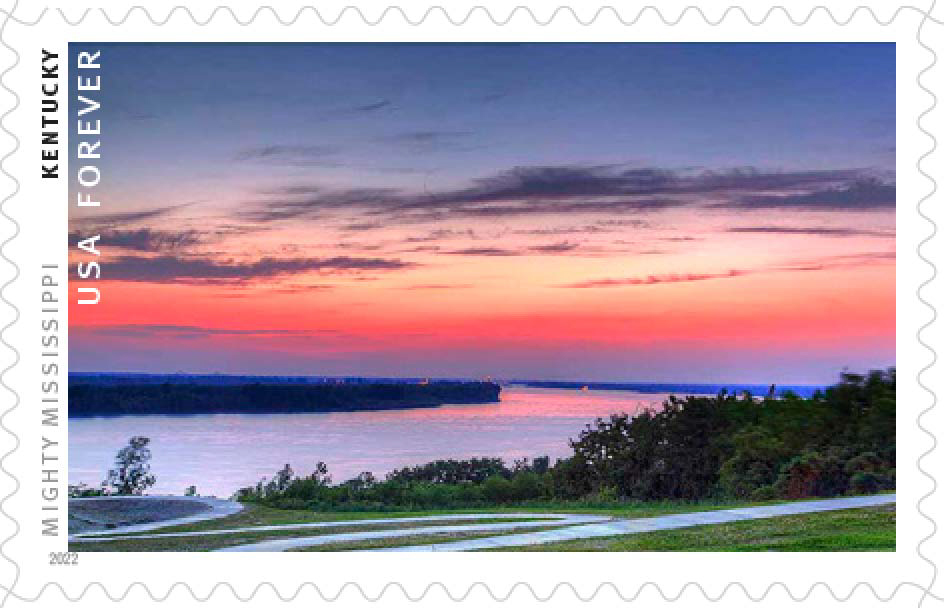 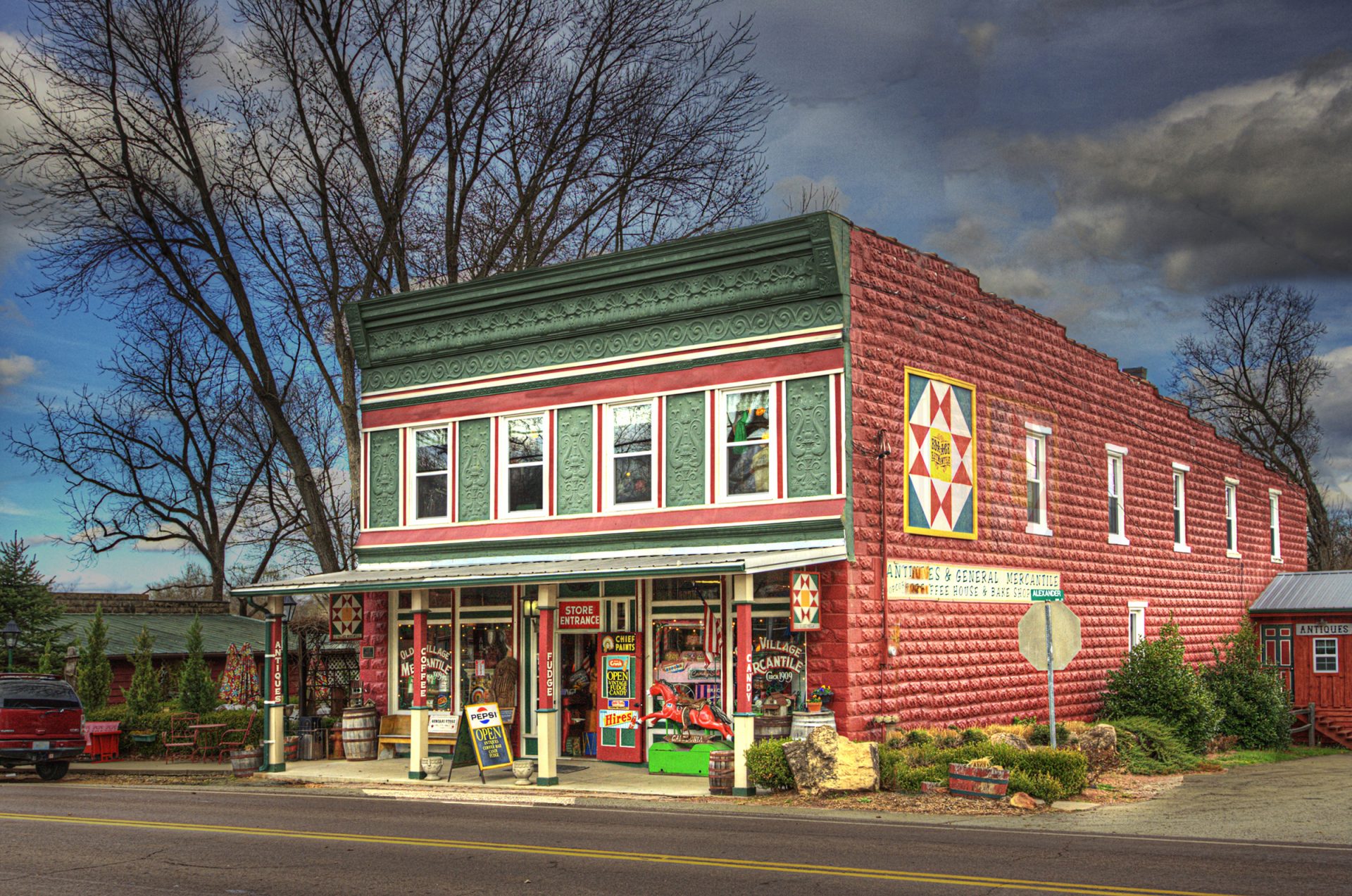 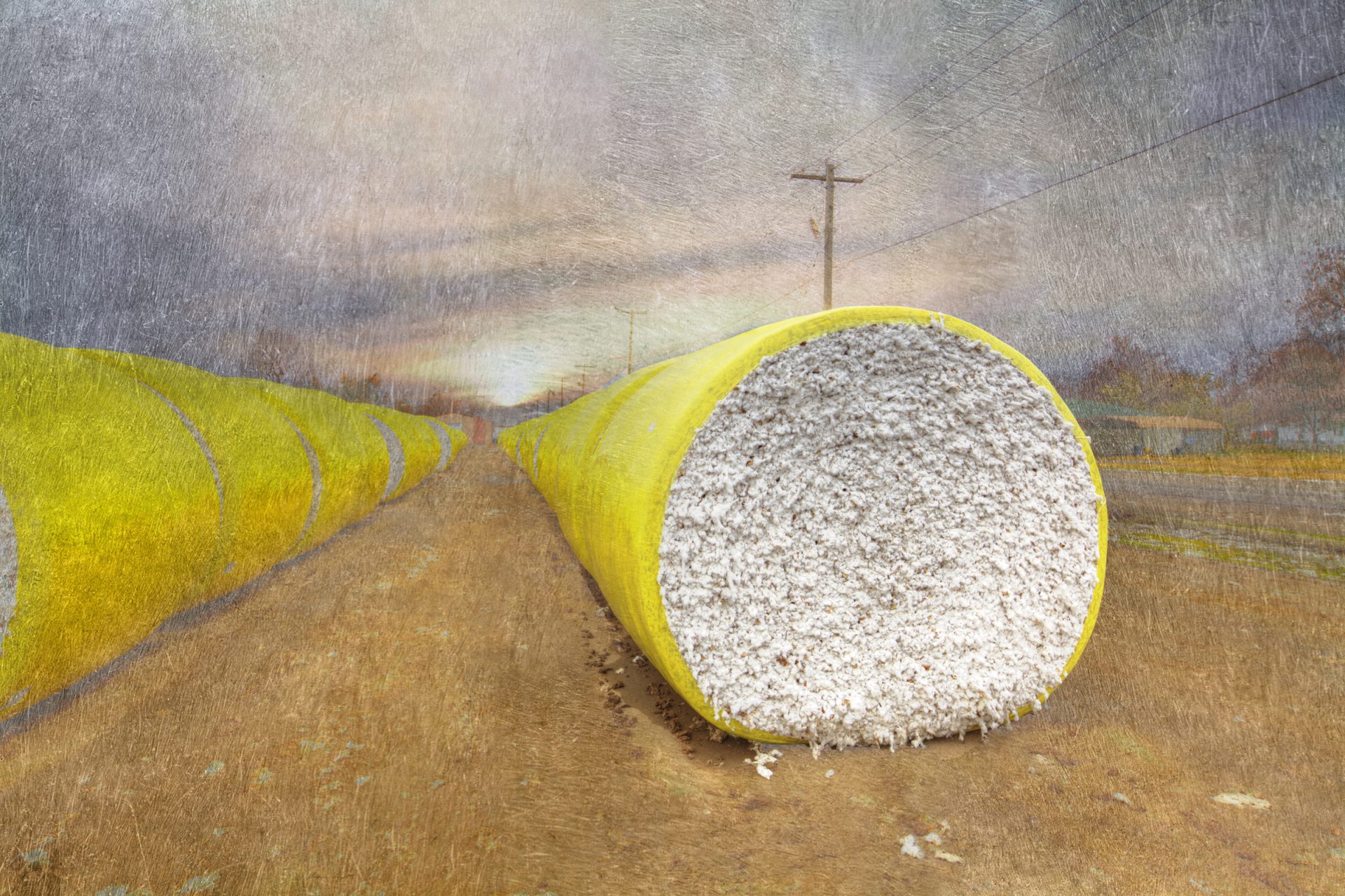 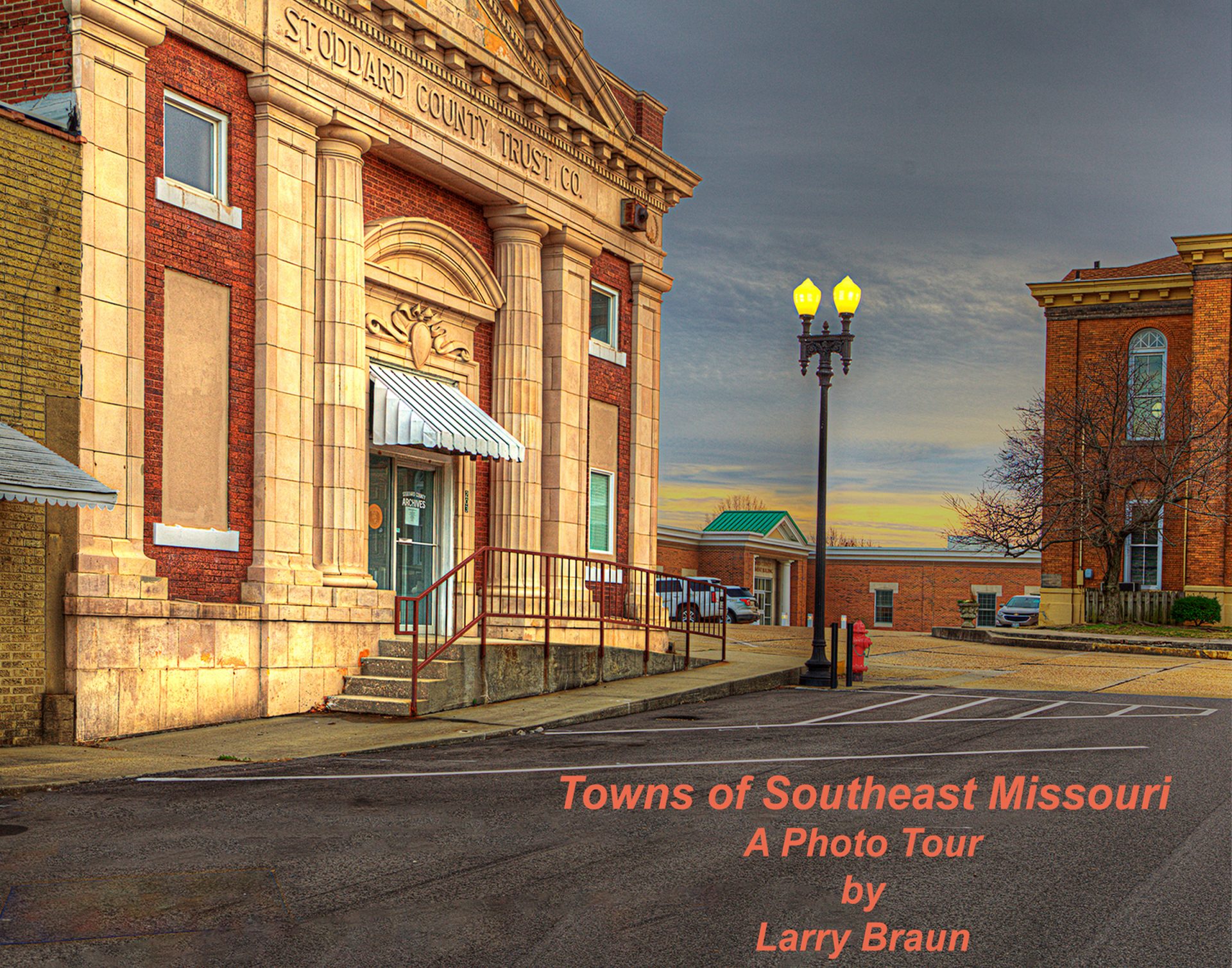 ​Larry ditched his hiking groups — they weren’t as thrilled as he was by stopping at the perfect spot and waiting for the right time to take photos — and focused on his photography. He eventually purchased a DSLR camera and enrolled in online photography courses to round out his skills, both behind the viewfinder and in front of a computer screen.

“I learned the three rules of photography that I still use today: perfect focus, keep it simple and clear subject,” he says.

Larry joined different camera clubs and art guilds to hone his craft and exhibit his works. His interest was piqued by the architecture of Ste. Genevieve. He found 50 different historical buildings in the town and eventually took photos of each.

“Instead of just taking the photos, I came up with a process in Photoshop where you add texture to the images,” he says. “That texture gives it a feeling like it’s almost a painting. I’ve had people think the pictures were paintings before.”

Larry sold 30 of those photos to a local hospital and his new passion for small-town photography was born. “I grew up in a small town, St. Mary,” the SEMO Electric Cooperative member says. “When I was there it was a thriving community and it kind of lost a little bit of its luster through the years. I try to put them in the best light I can.”

He started taking a series of photographs in towns along highways in southeast Missouri and the surrounding areas. He might photograph an old filling station, courthouse or just the view of downtown.

Larry published his first book, “Christmas Country Church Tour,” in 2019. The book features Larry’s photos of 38 southeast Missouri churches from all seasons. His latest book “Towns of Southeast Missouri” includes photos from 50 different towns stretching from Festus in the north, Van Buren in the west and south to the Bootheel. Larry’s pictures show off what makes each town unique: the post office and general store in Knob Lick, a grocery store in Oran or the auto shop in Ellington.

Larry’s latest photography accomplishment is likely his biggest. The USPS is using one of his photos as a stamp in its Mighty Mississippi series. The 10-stamp release includes a photo of the river from each of the 10 states it touches.

His photo is for the Kentucky stamp as he took it in Fort Jefferson Hill Park in Wickliffe, Kentucky. He took the image a few years ago on a photo trip that took him down to Paris, Tennessee. He got to the park just south of the confluence with the Ohio River right as the sun was setting. He posted the photo online and the art director for the series found it. “Kentucky doesn’t have a big Mississippi shoreline and a lot of that is private property,” he says.

The stamp series will be released on May 23. “I’m really excited for the release,” Larry says. “I’m pretty proud of it.”

Whether it’s a sunrise landscape, a small town scene or a country church, Larry wants to highlight the art he creates.

“I might clean up trash or remove an item that bothers me in Photoshop,” he says. “That town might be where someone grew up or where they’d visit aunts and uncles. I want these towns to sparkle as best they can.”

For more information on Larry or to purchase his photography prints or books, visit www.larrybraunphotography.com or call 573-225-0241.