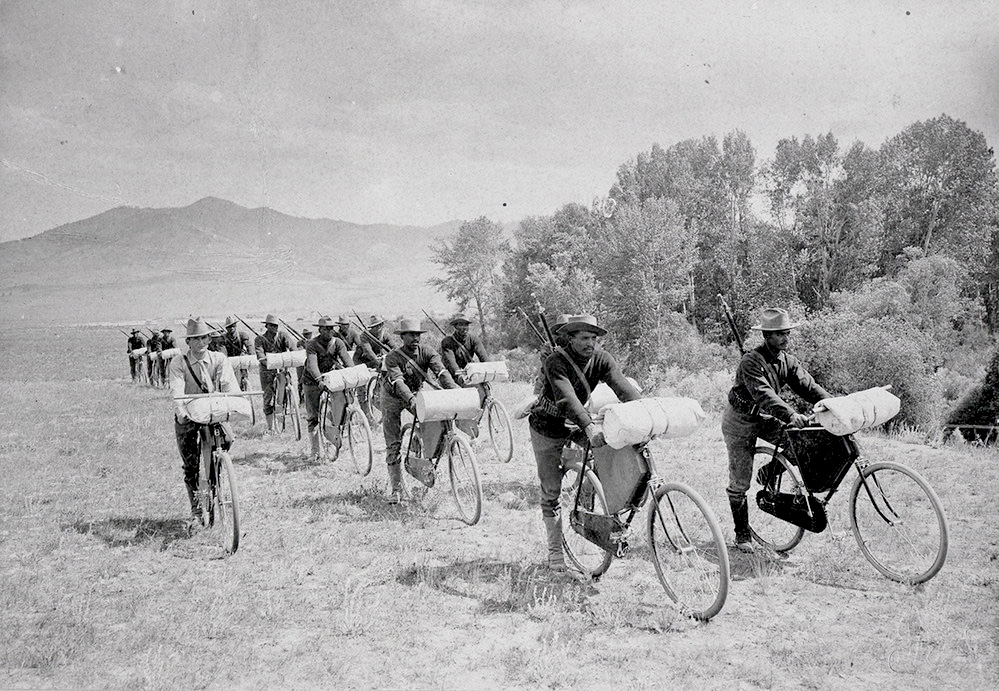 State Parks is hosting four events in Missouri along the path traveled by the bicycle corps — comprised of a segregated Army unit known as the Buffalo Soldiers — in the summer of 1897. Each stop along the way features educational opportunities, replica bicycles, live music and more with a permanent display staying at the General John J. Pershing Boyhood Home State Historic Site in Laclede.

Kevin Smith of Missouri State Parks helped organize the events and also is a Buffalo Soldier with The Greater Los Angeles Chapter of the Ninth and Tenth Horse Cavalry Association.

“This was something that not many people in State Parks had heard of before; I myself had only heard of it a few years ago,” Kevin says. “I didn’t know there were Buffalo Soldiers who rode bicycles and went on this journey. I was just blown away.”

The bicycle corps was an Army experiment that tested whether bicycles could replace horse-mounted soldiers in the 1890s. After some short test runs to see the viability of the corps, 20 Buffalo Soldiers departed Fort Missoula to embark on the 1,900-mile journey through the Rocky Mountains and across the Great Plains on June 14, 1897. They suffered many setbacks including equipment failure, illness and poor weather conditions. They were greeted with a hero’s welcome when they finally reached St. Louis on July 24.

A weeklong gathering kicks off the quasquicentennial celebration at Fort Missoula on June 13. Early the next morning reenactors depart Fort Missouri at exactly the same time the Buffalo Soldiers did in 1897, 5:20 a.m. Included among the riders is Erick Cedeño — known as the bicycle nomad — who is making the entire 1,900-mile trip to St. Louis.

Kevin will represent Missouri State Parks, speaking at the gathering which includes tours and exhibits at Fort Missoula and plenty of group bicycle and motorcycle rides around the area. 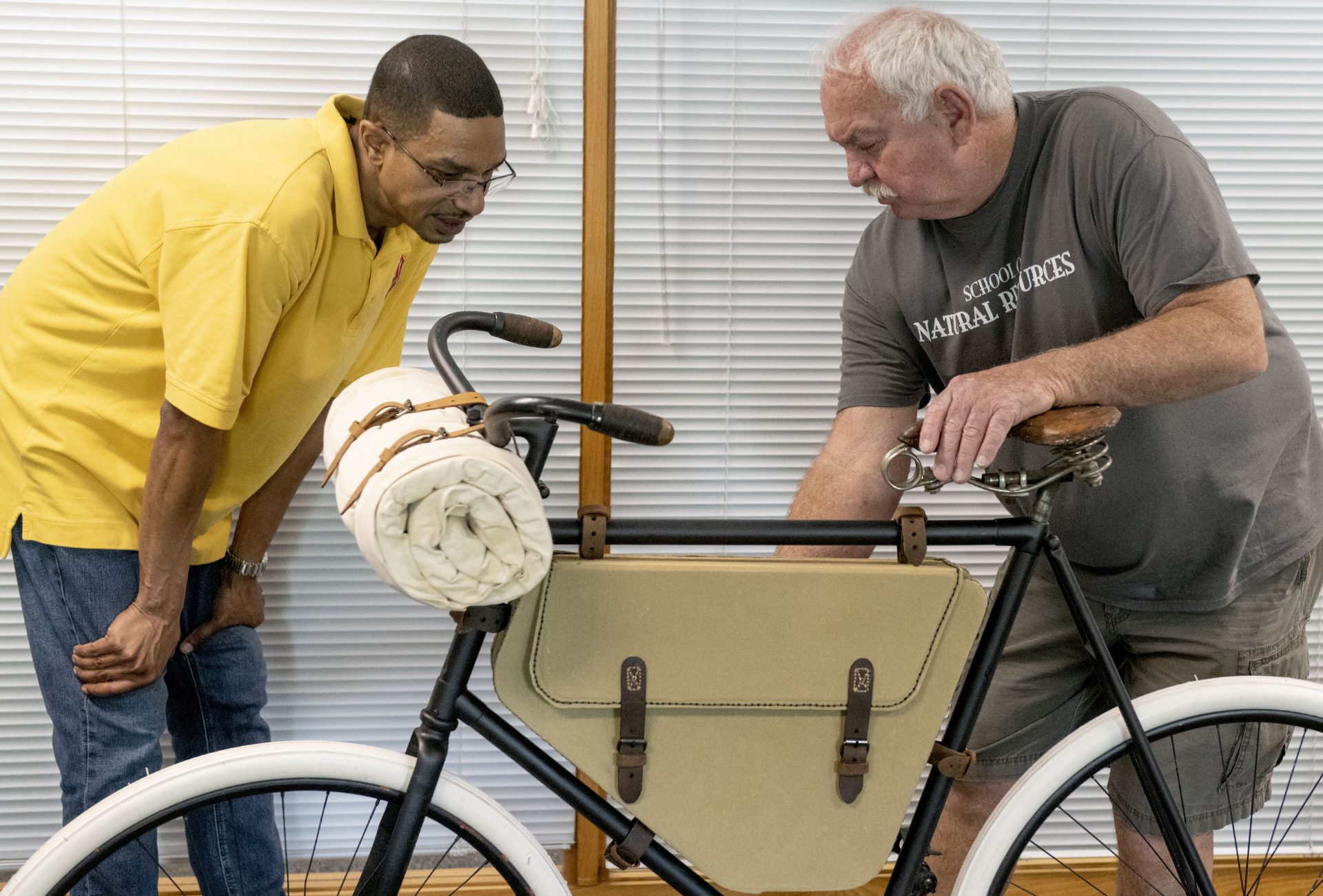 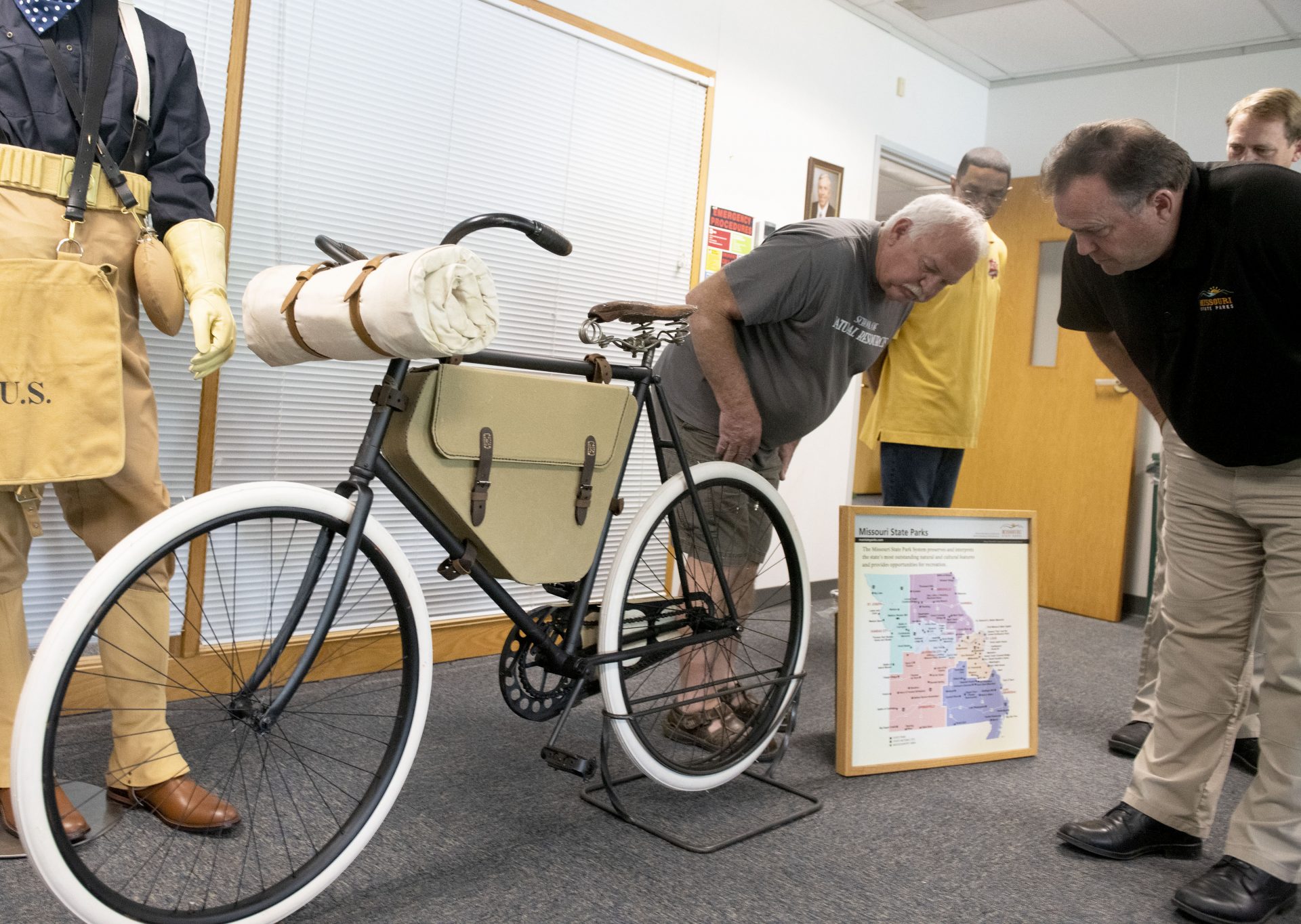 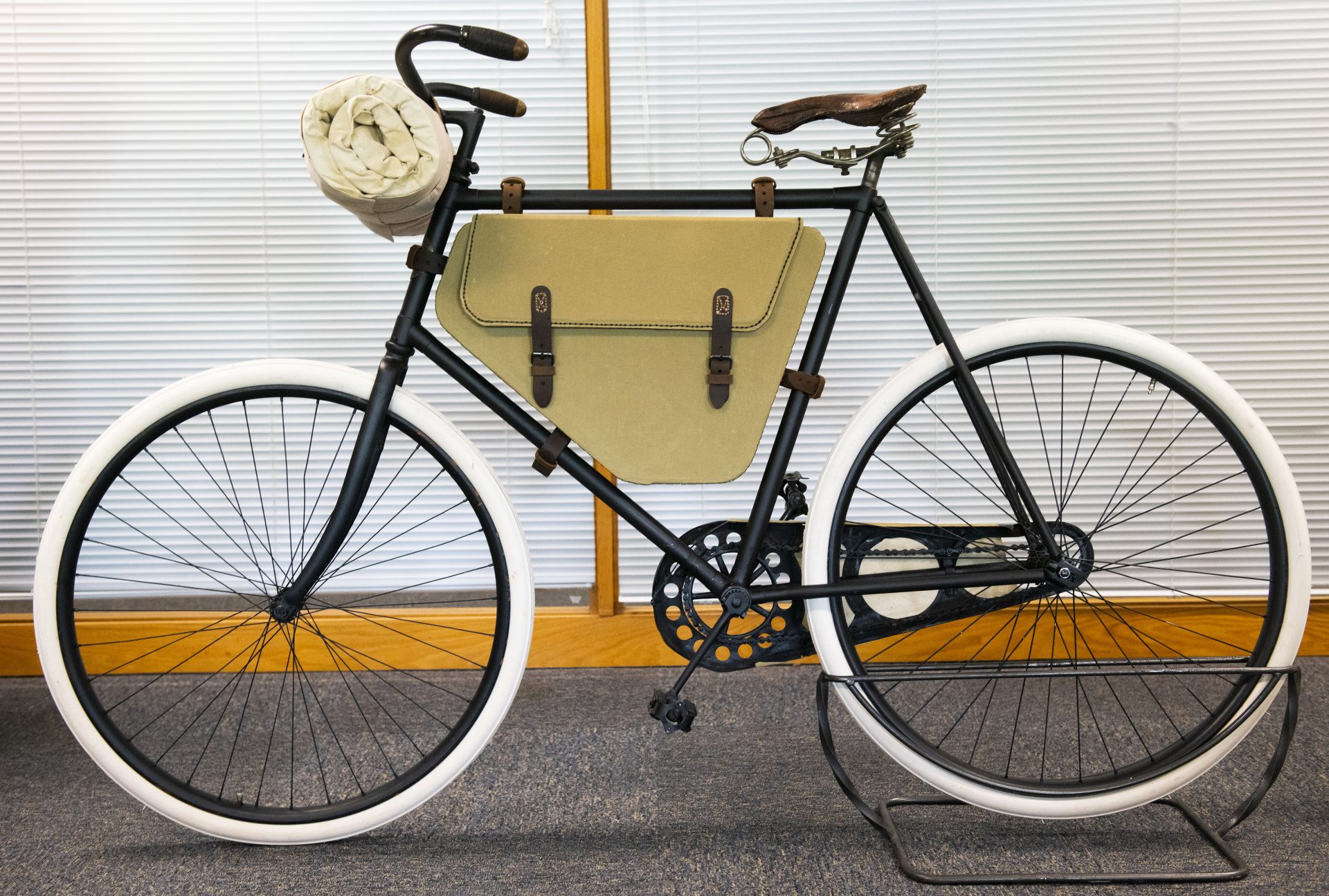 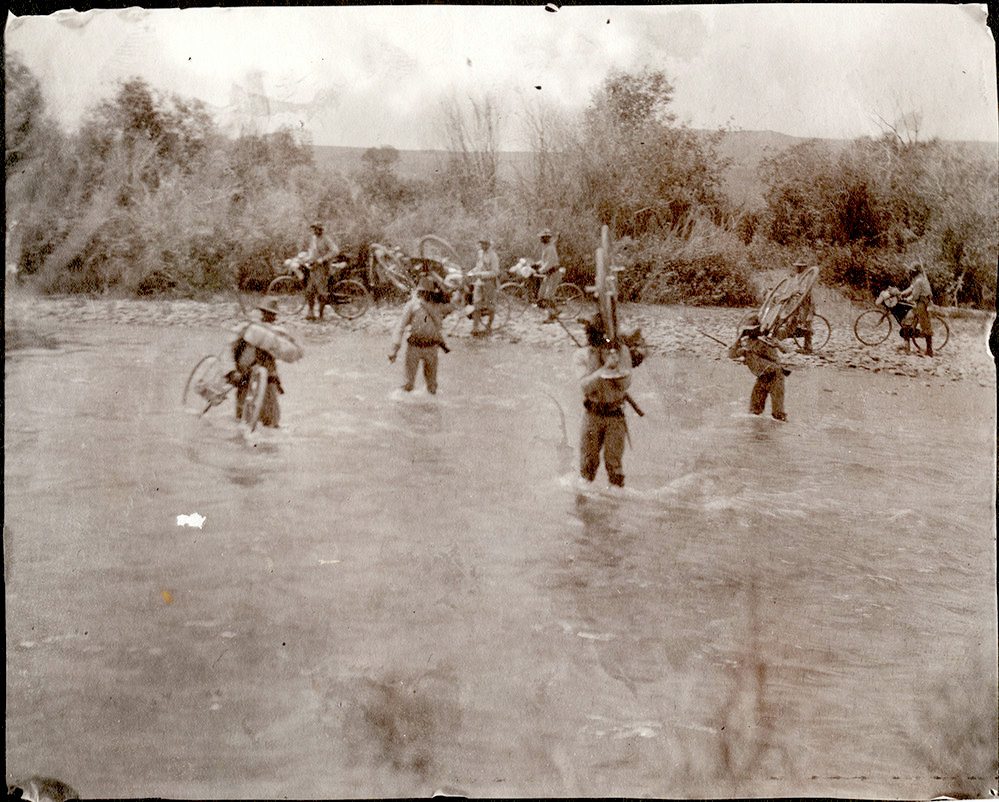 Back in Missouri, there are events at Big Lake State Park, Pershing’s boyhood home, Monroe City and the Missouri History Museum in St. Louis. “We tried to involve the communities that the gentlemen actually passed through on their journey,” says Kevin.

Big Lake State Park is the first stop. “That’s right across from Rulo, Nebraska where the men of the 25th infantry ferried across the Missouri River,” says Kevin. “We’ll have demonstrations and rangers will be doing safety programs. We’ll have all sorts of information about the riders and the bikes they rode as well as a bicycle rodeo for kids to navigate obstacles.”

Also on display are a uniformed mannequin and a replica of the bicycles ridden by the soldiers. The parks commissioned James Allen — who owns a bicycle museum in Springfield — to help rebuild the bikes for the commemoration. “I found a pair of 1897 bicycles and with my neighbor we cleaned up the bikes,” James says.

The whole process took nearly two years to find the right parts, hand stitch the case, complete a satin paint job and all the little details that make the bike perfect to display. “We wanted everything to be just right,” James says. “They had to look just like they did when they were ridden by the Buffalo Soldiers. And they’re made to last, they’ll still be here when we’re gone.”

Scouts from Brookfield Troop 41 will join in the nearly 50-mile portion of the ride from Hamilton to the General John J. Pershing Boyhood Home in Laclede. Site administrator Denzil Heaney is looking forward to the visit.

“They’re going to have a great time,” he says. “It’s a story they’ll tell for years that they rode as part of the 125th anniversary of the Buffalo Soldiers bicycle corps ride.”

Similar events will be held at the historic site, which will also permanently display the mannequin and one of the rebuilt bicycles. Participants will camp out in the Monroe City square later in the week. “It used to be a fort at one time and that’s where the gentlemen slept on their way to St. Louis,” explains Kevin.

The trip culminates at the Missouri History Museum inside St. Louis’ Forest Park on Sunday, July 24 with plenty of history being shared with a new generation.

“We’re really excited about this,” says Denzil. “This is a great bit of history that’s coming to life in our community and we’ve had a great response.’ ”

For more information on the events to honor the bicycle corps, visit www.mostateparks.com/ironriders.