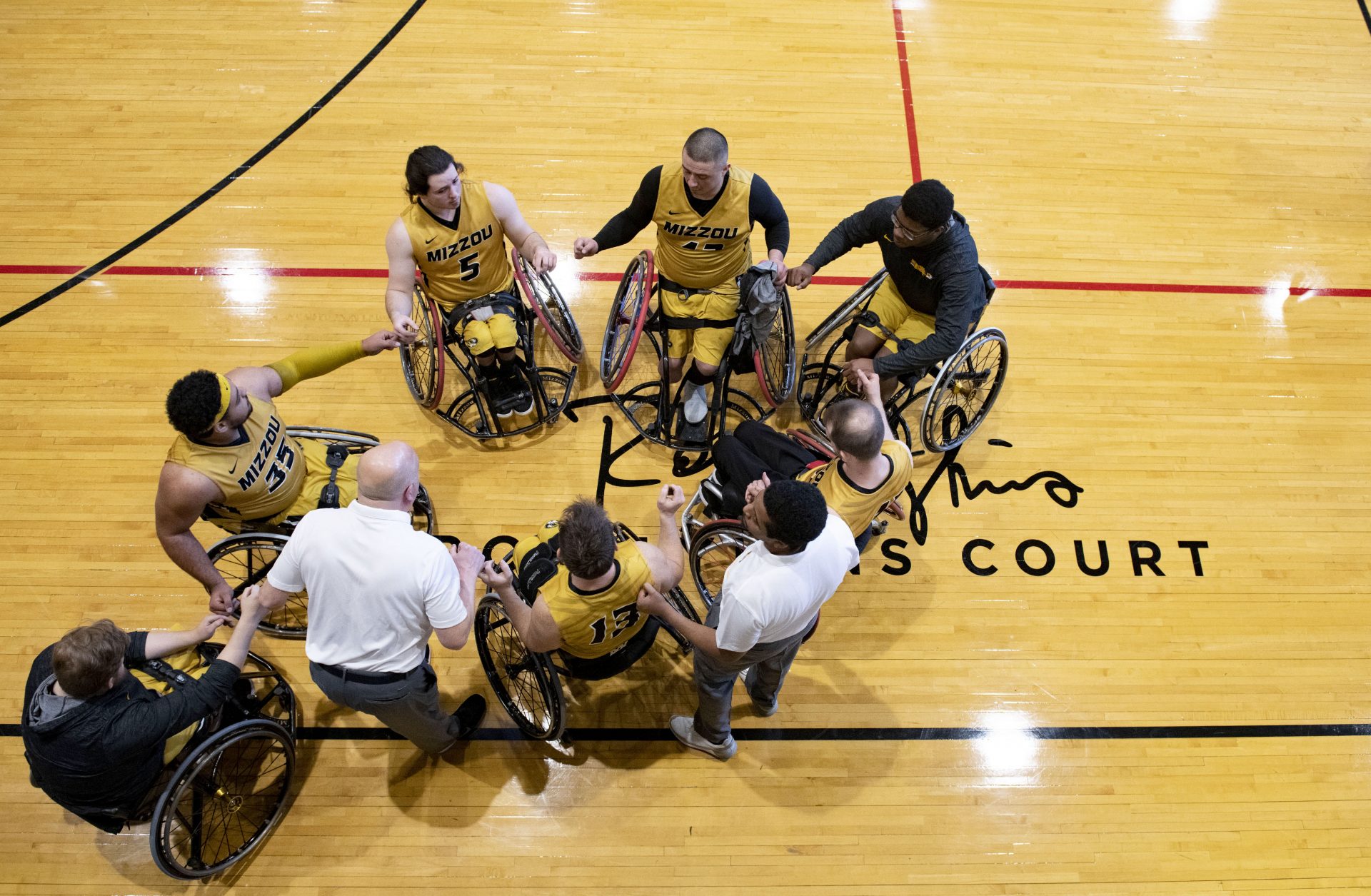 The coaches shout instructions and the players respond, despite the clamor of metal clanging and banging in the gymnasium. There’s the distinct smell of burned rubber that fills the air as the intensity of the game mounts. The Tigers are excited; this is their first game in nearly two years.

The Mizzou Wheelchair Basketball team returned to the court for the first time since early 2020 during a tournament in late January. The team has been around for nearly two decades and is one of just more than a dozen intercollegiate wheelchair basketball teams in the world. The sport offers an opportunity for athletes to pursue competition that previously might not have been available to them.

The basketball program was the brainchild of the late Chuck Graham, a Columbia politician. He served as a representative and senator in the Missouri State Capitol. An accident as a teenager left him in a wheelchair.

“He was a Missouri kid who had to go to the University of Illinois to study journalism and play wheelchair basketball because there were no programs here,” says Ron Lykins, head coach of the Mizzou Wheelchair Basketball team. “He made a vow that if he was ever in a position to help kids in Missouri, he would.”

When Mizzou was looking for money to help build a new basketball arena in 2001, the state representative was able to lobby for resources for a new wheelchair basketball team, according to Ron. With the funding in hand, the team was placed in the university’s recreation department and Steve Paxton was hired as a coach in 2004. The Tigers’ inaugural season began in 2005 with five athletes. 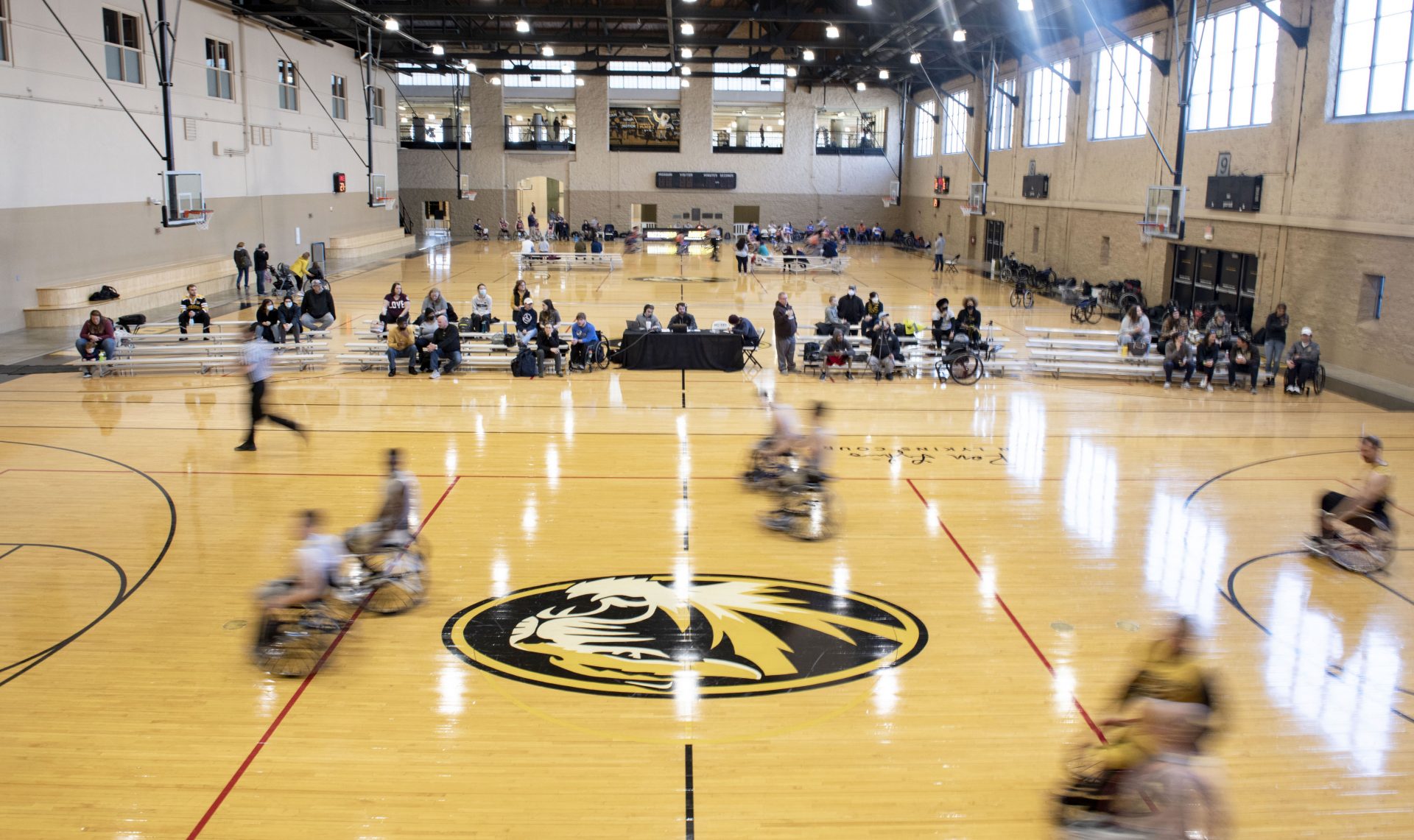 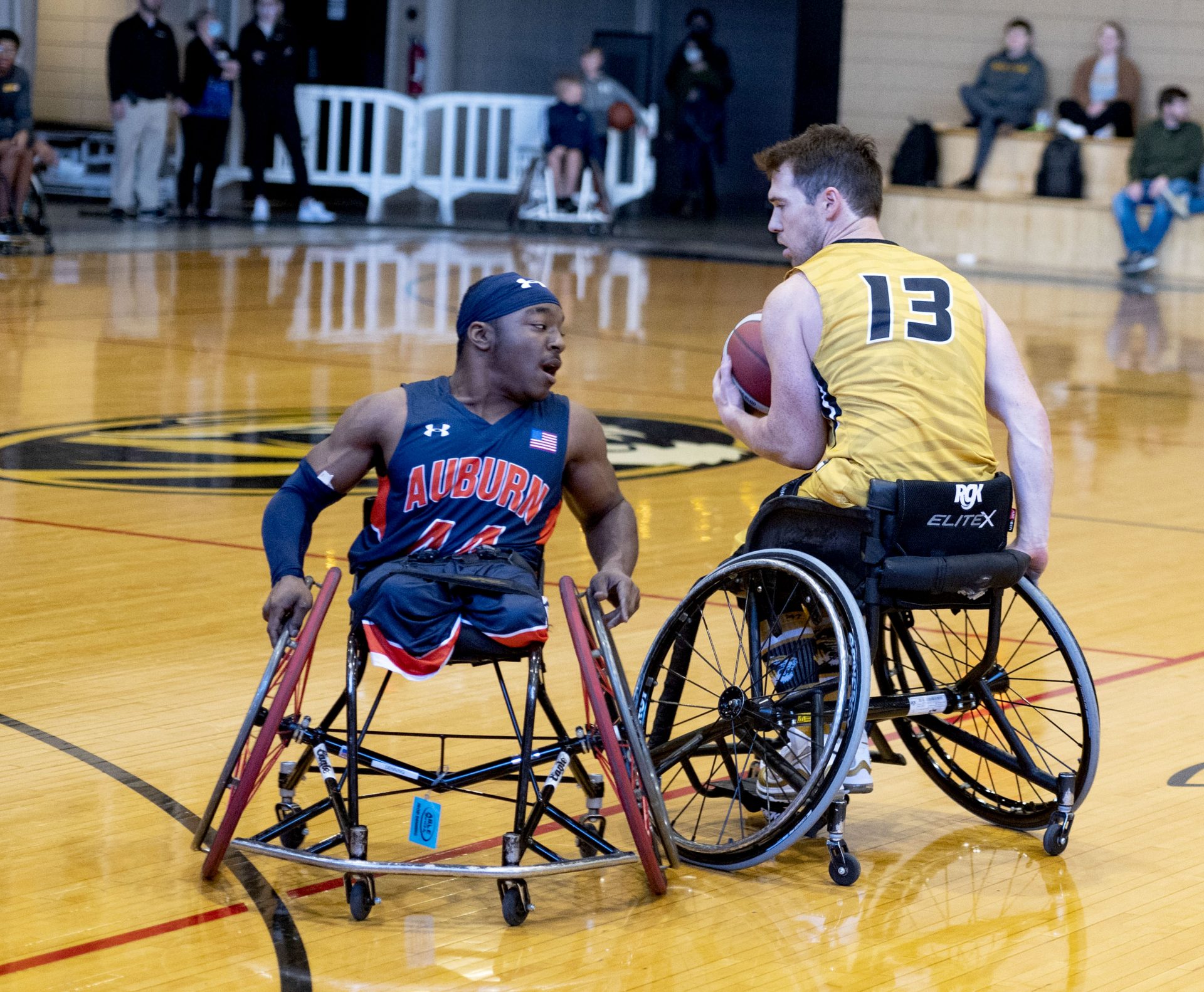 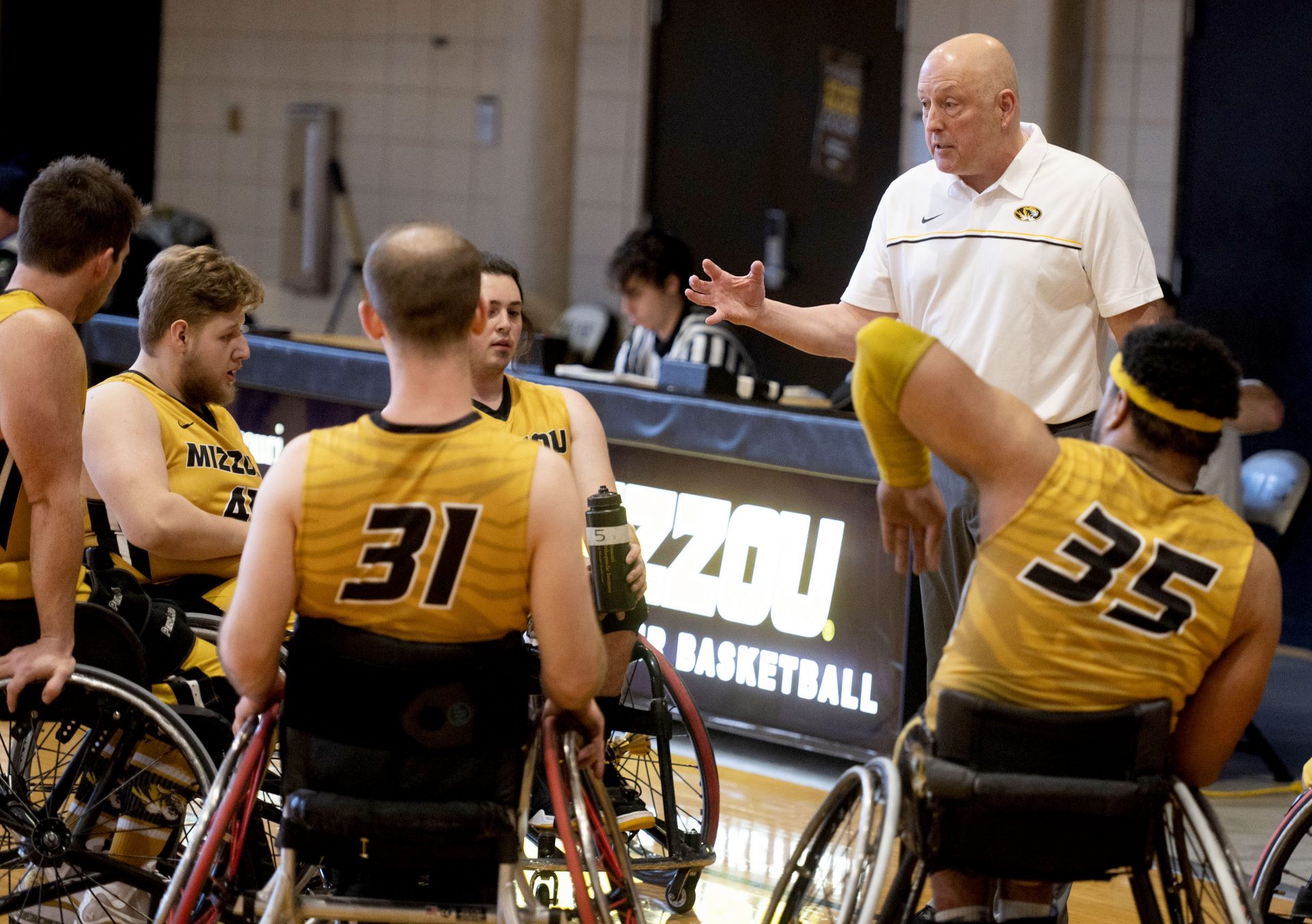 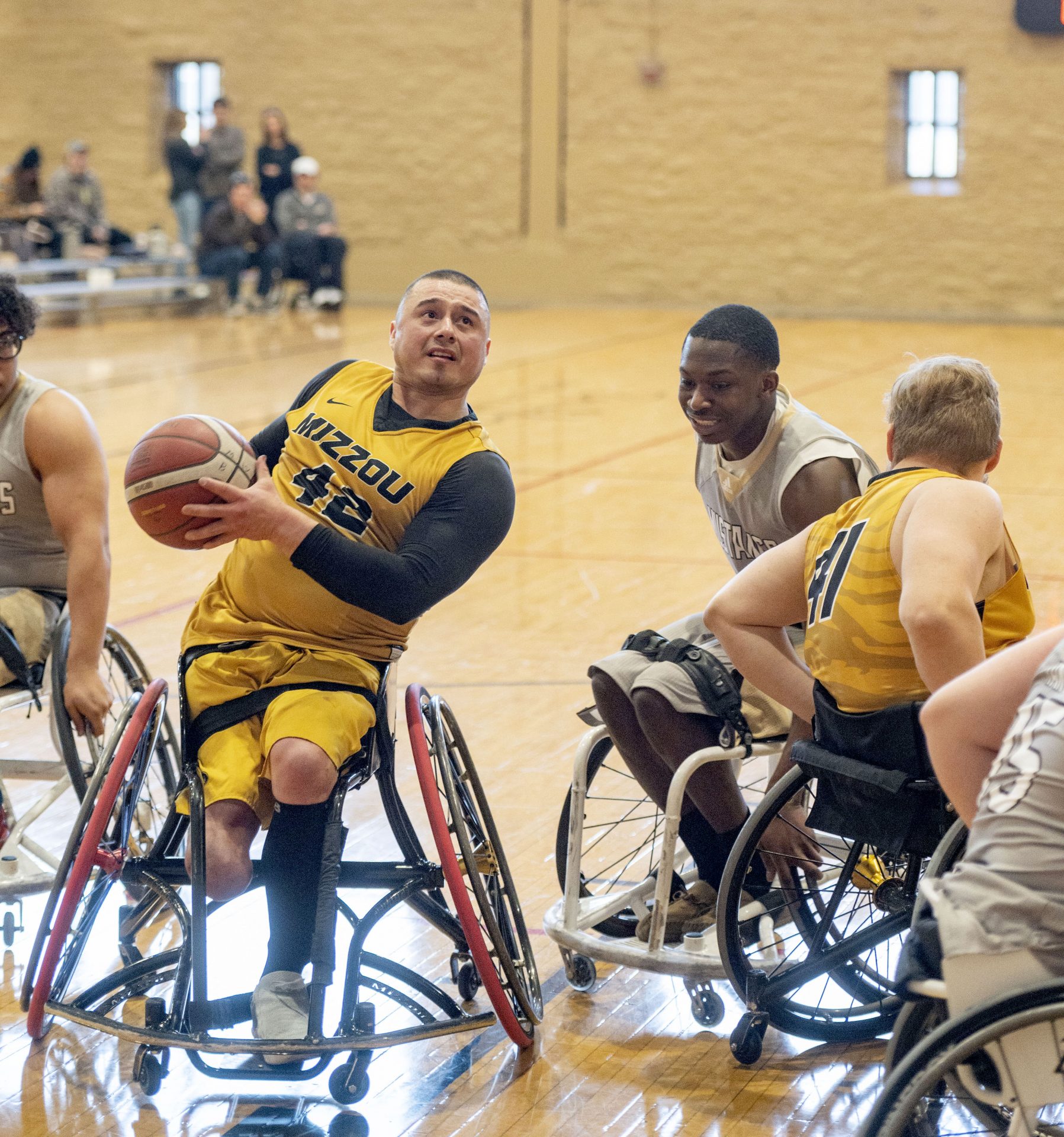 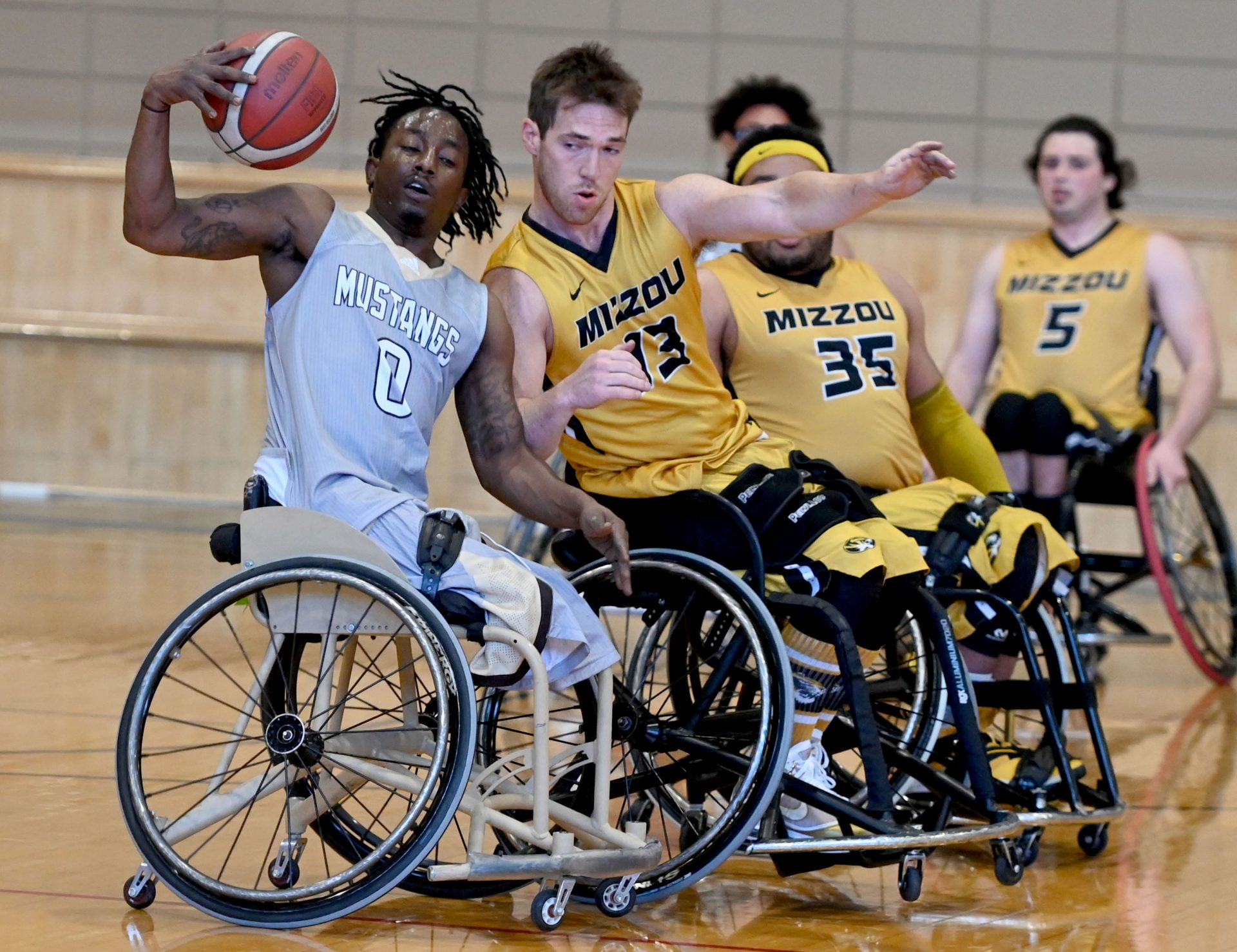 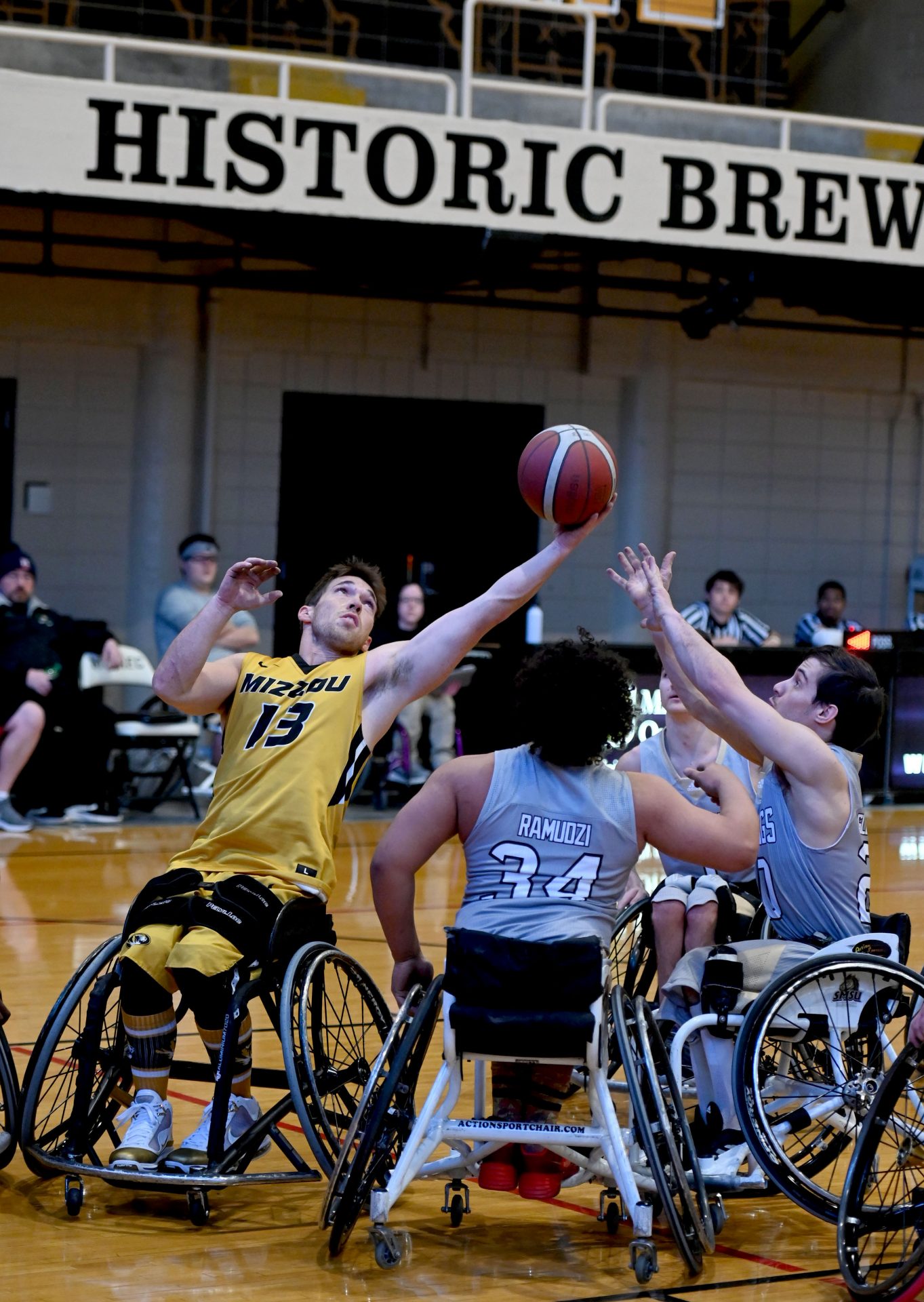 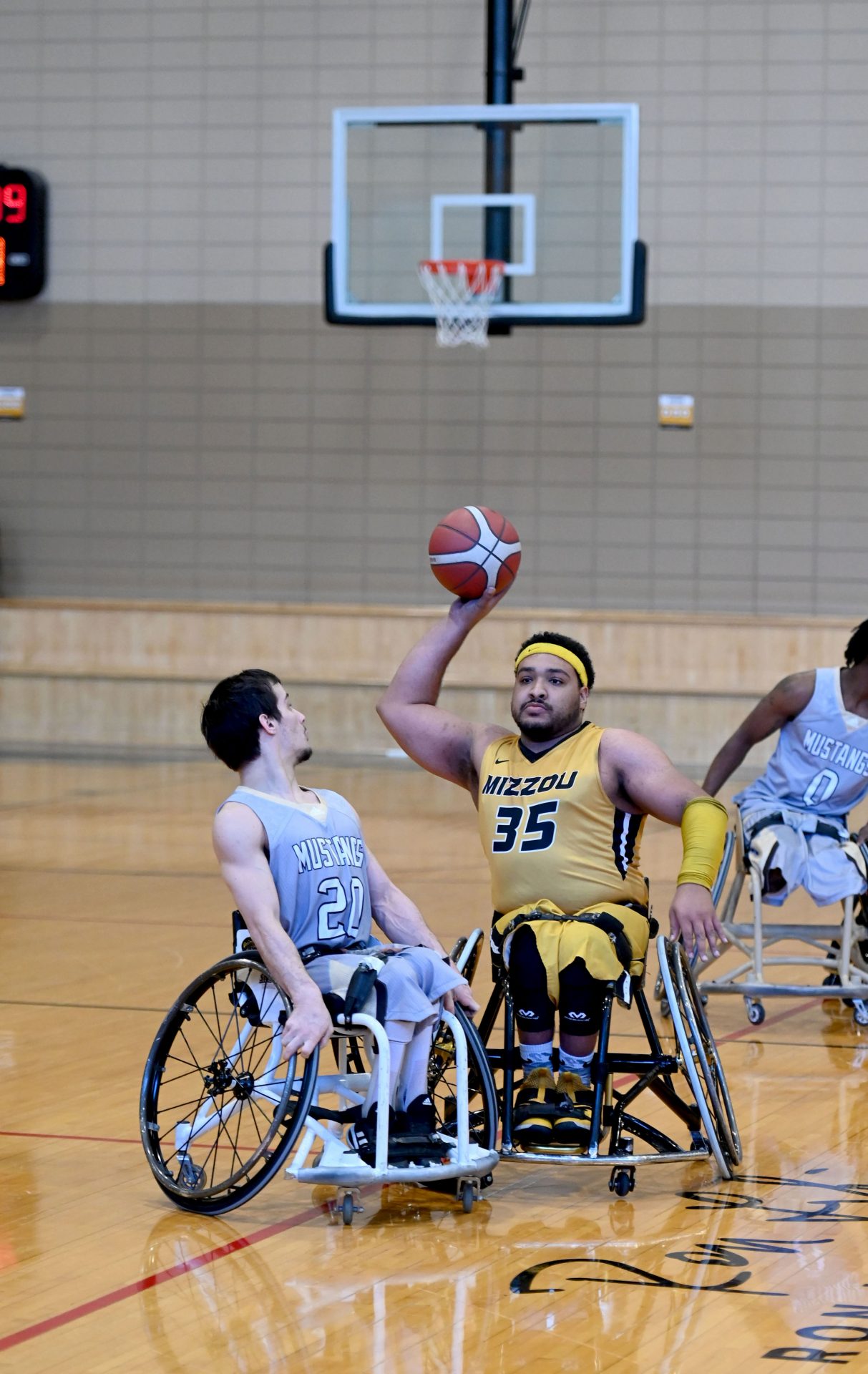 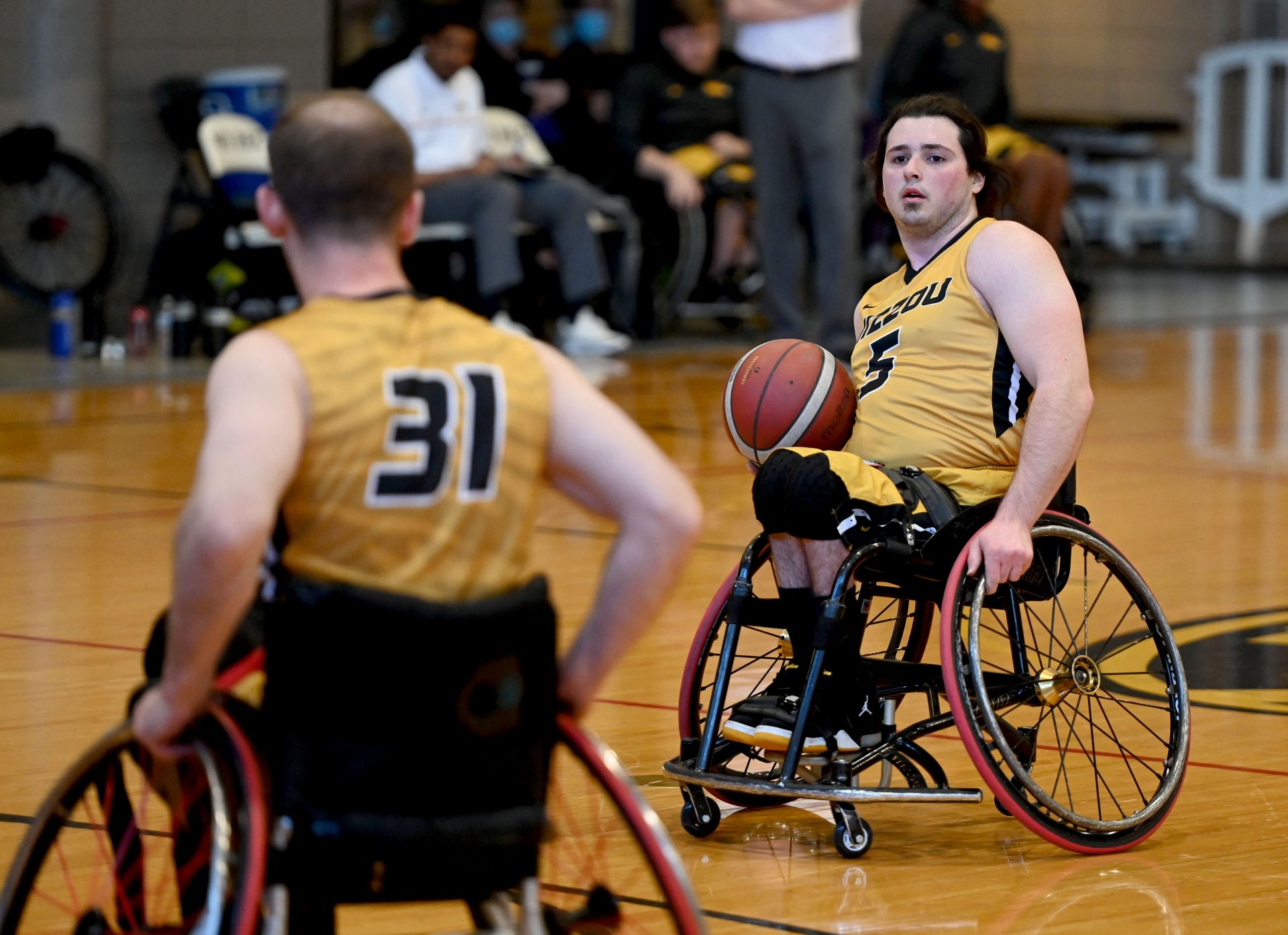 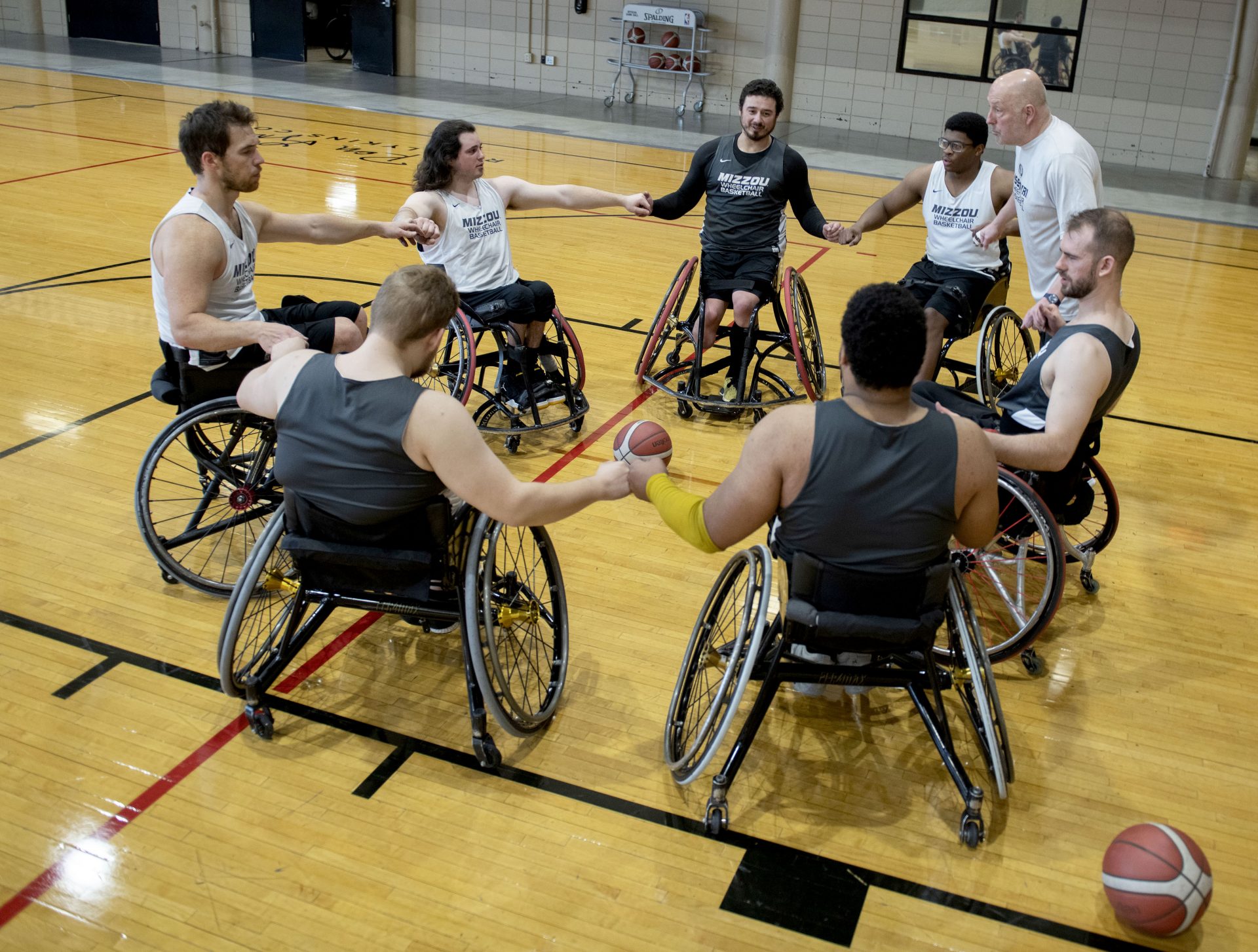 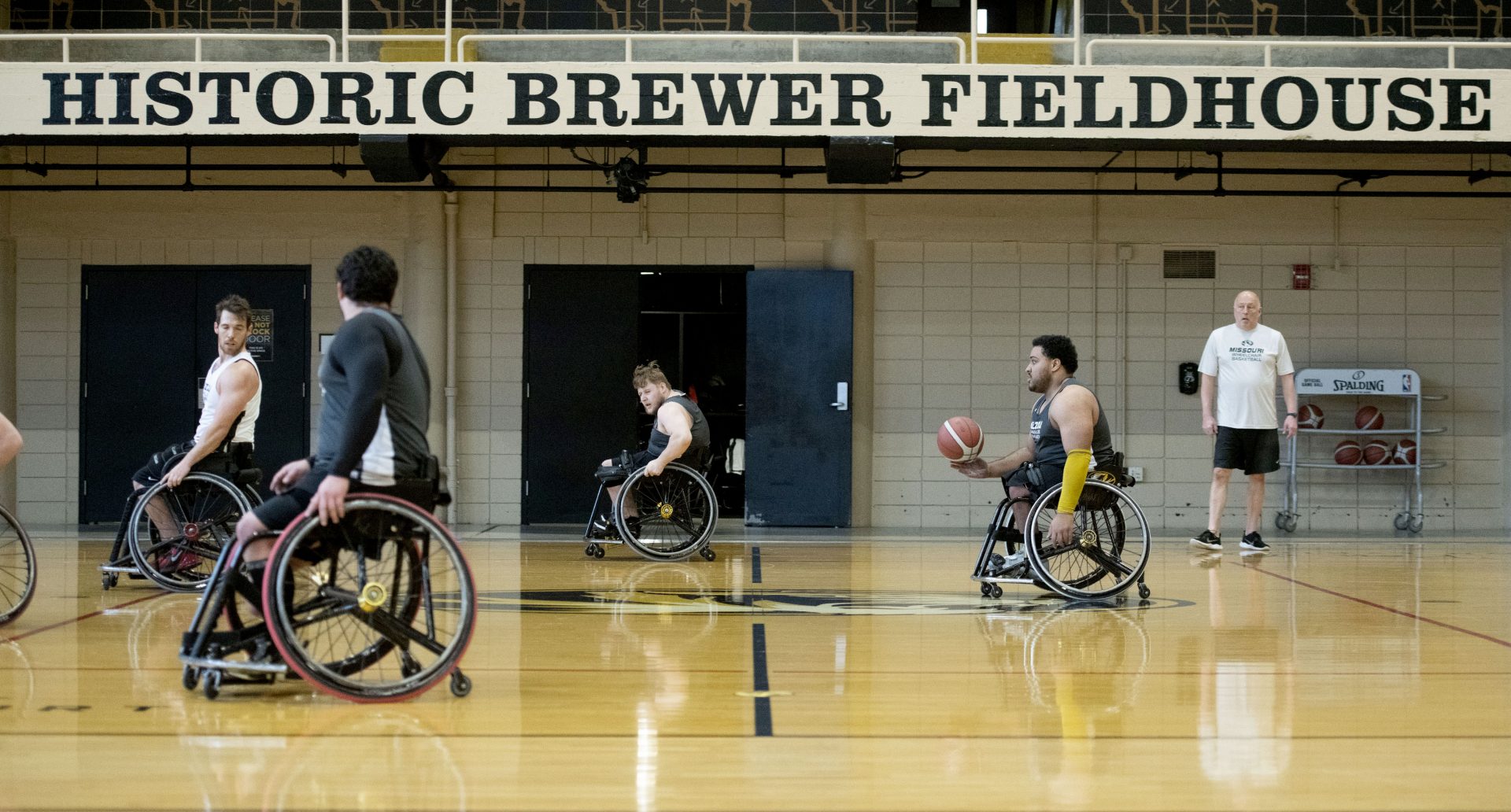 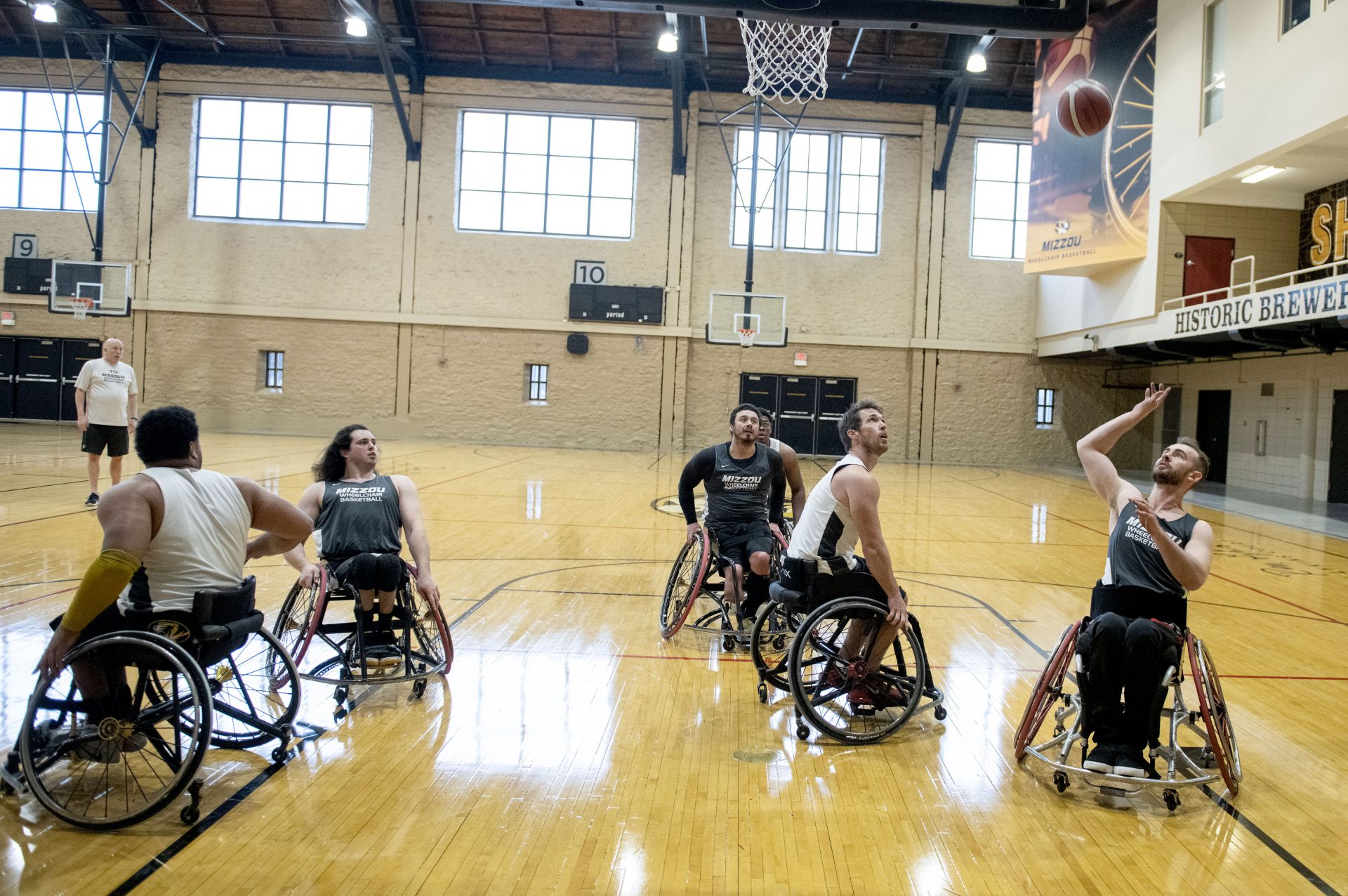 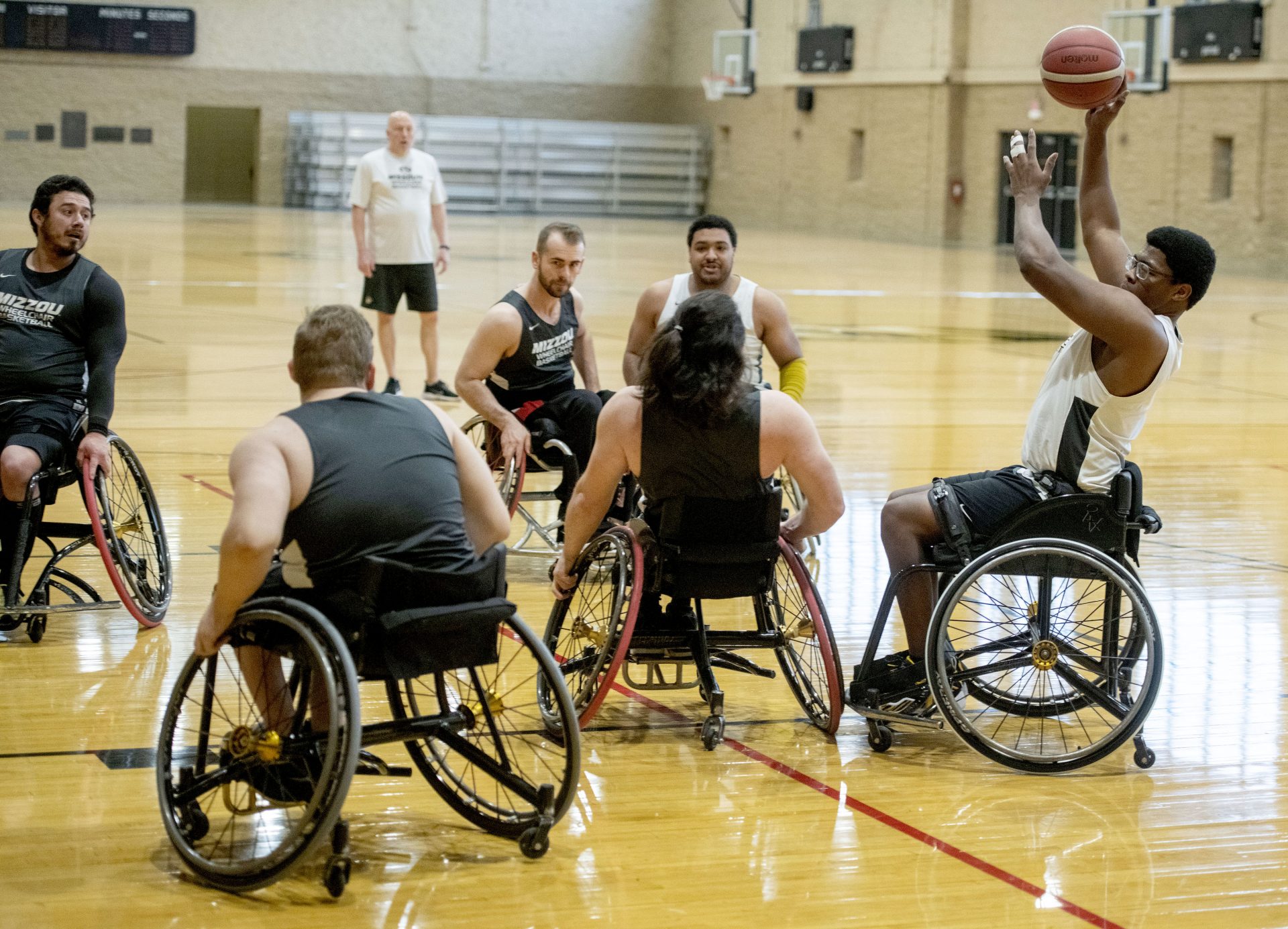 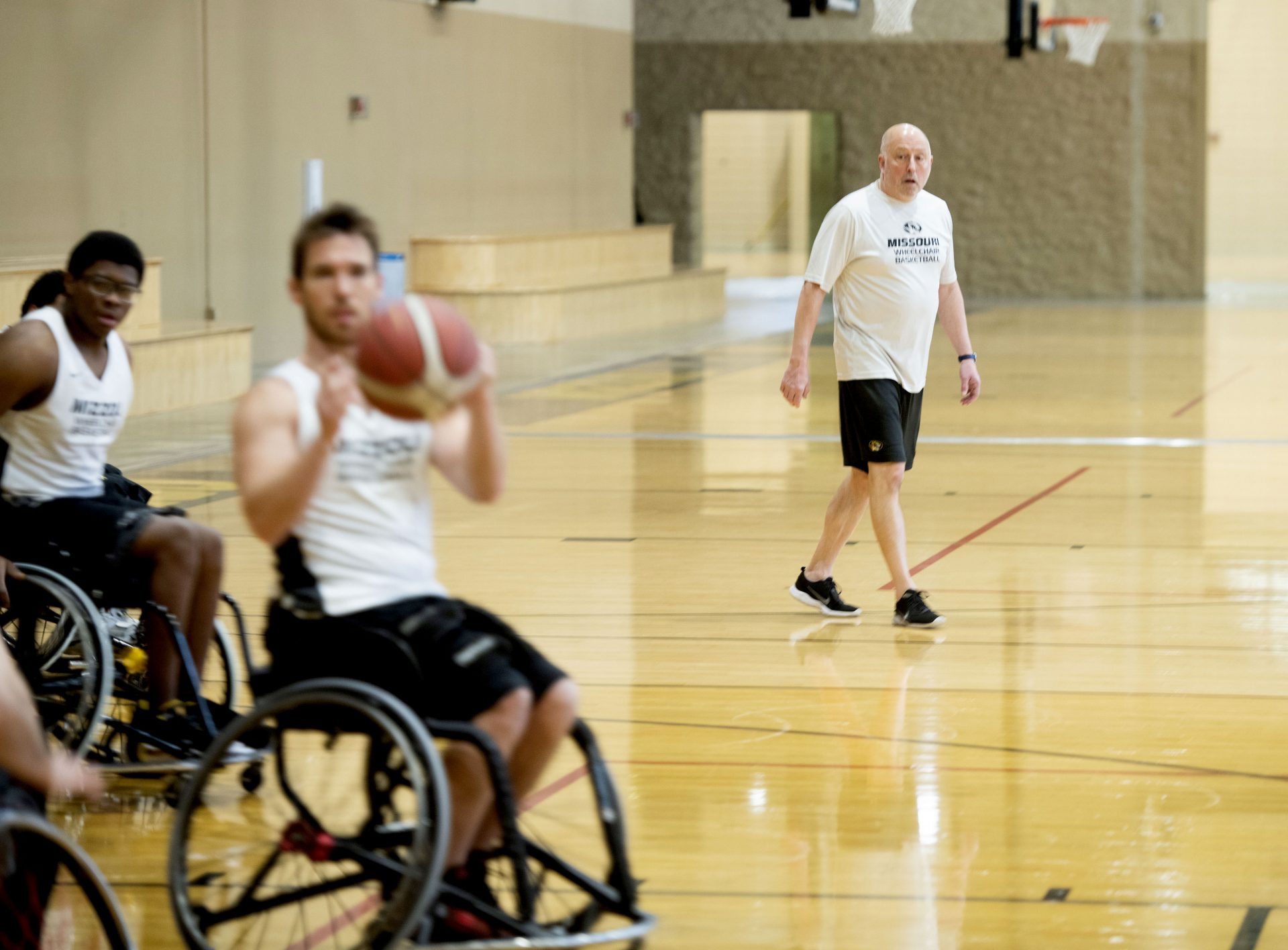 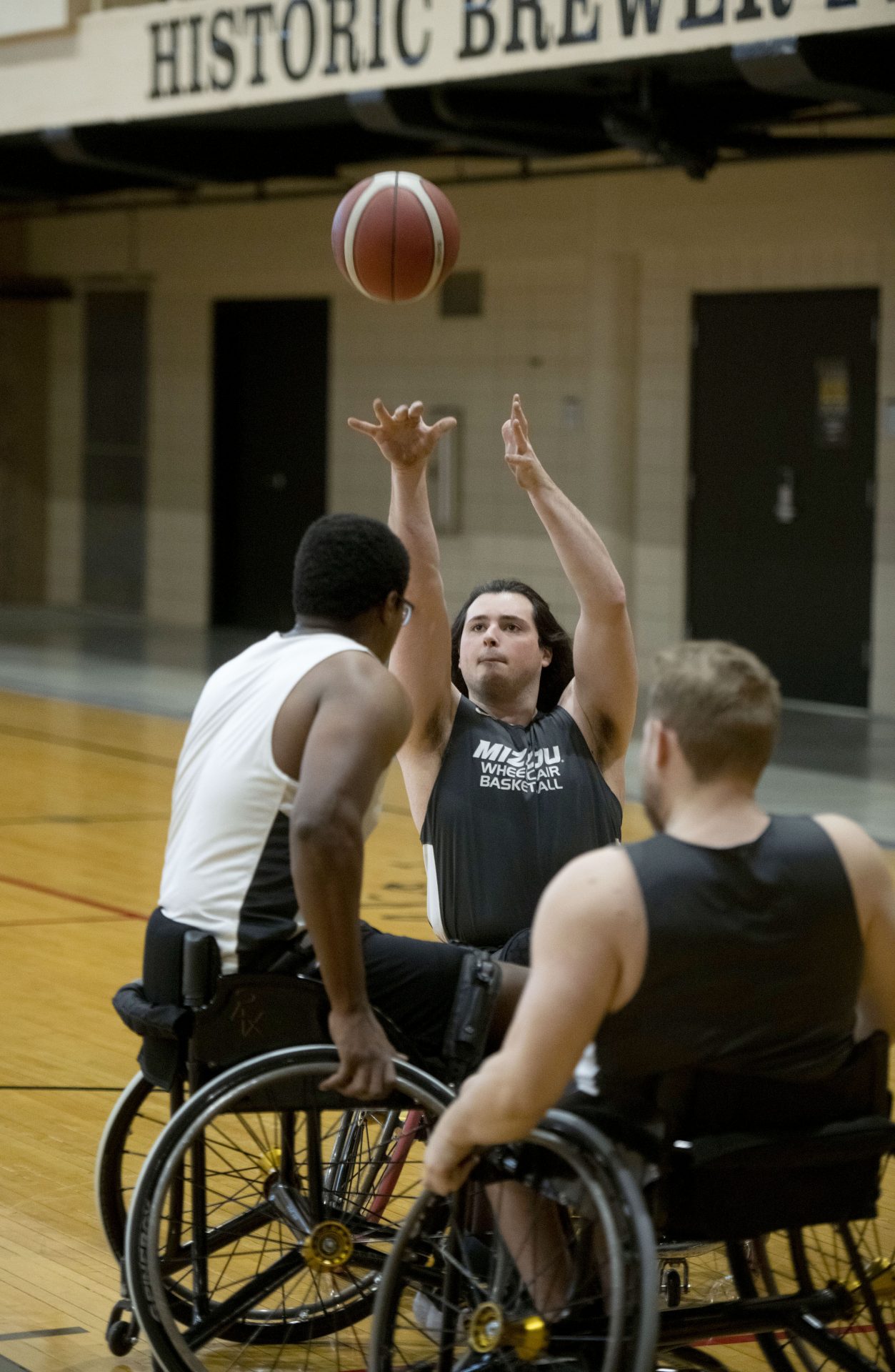 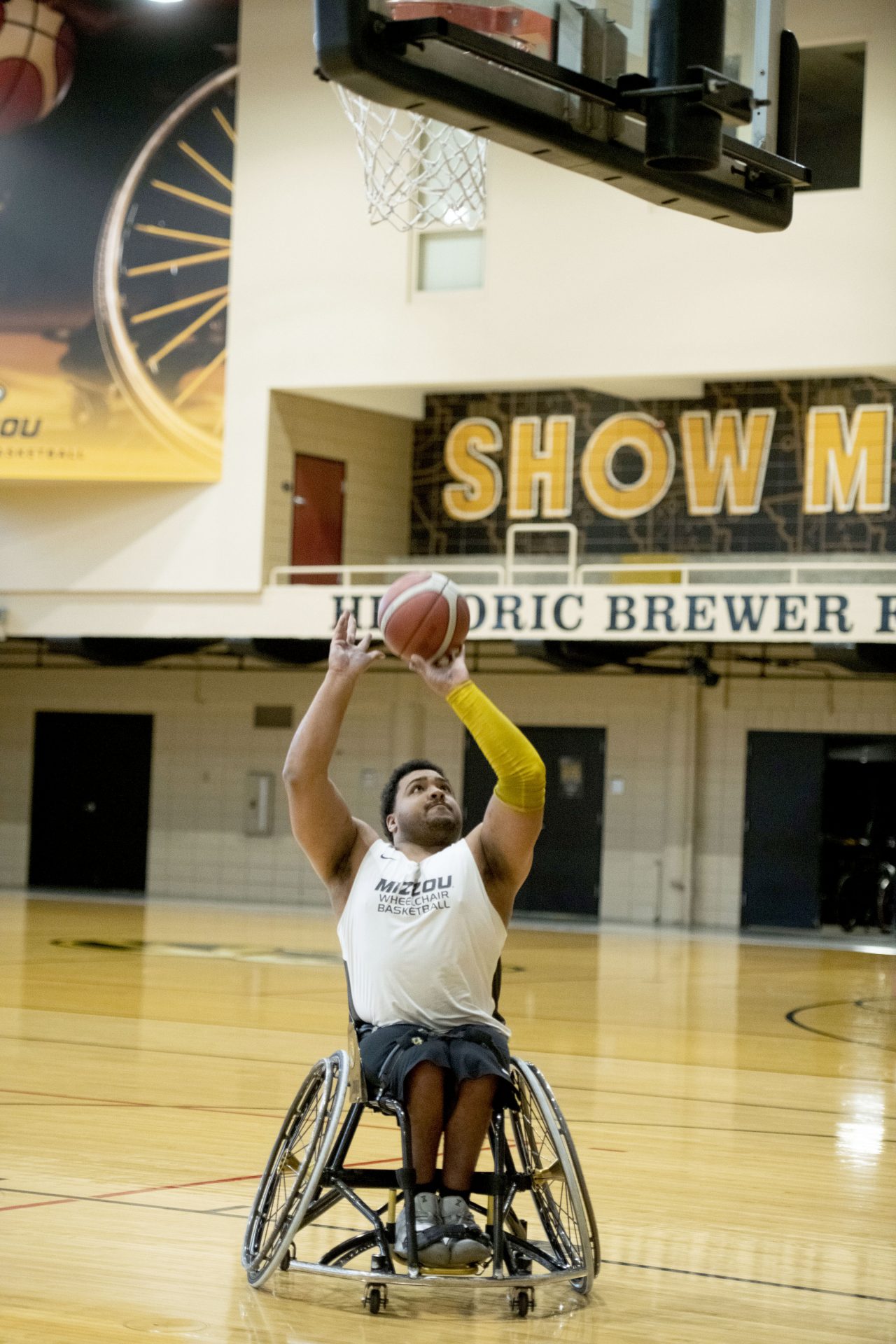 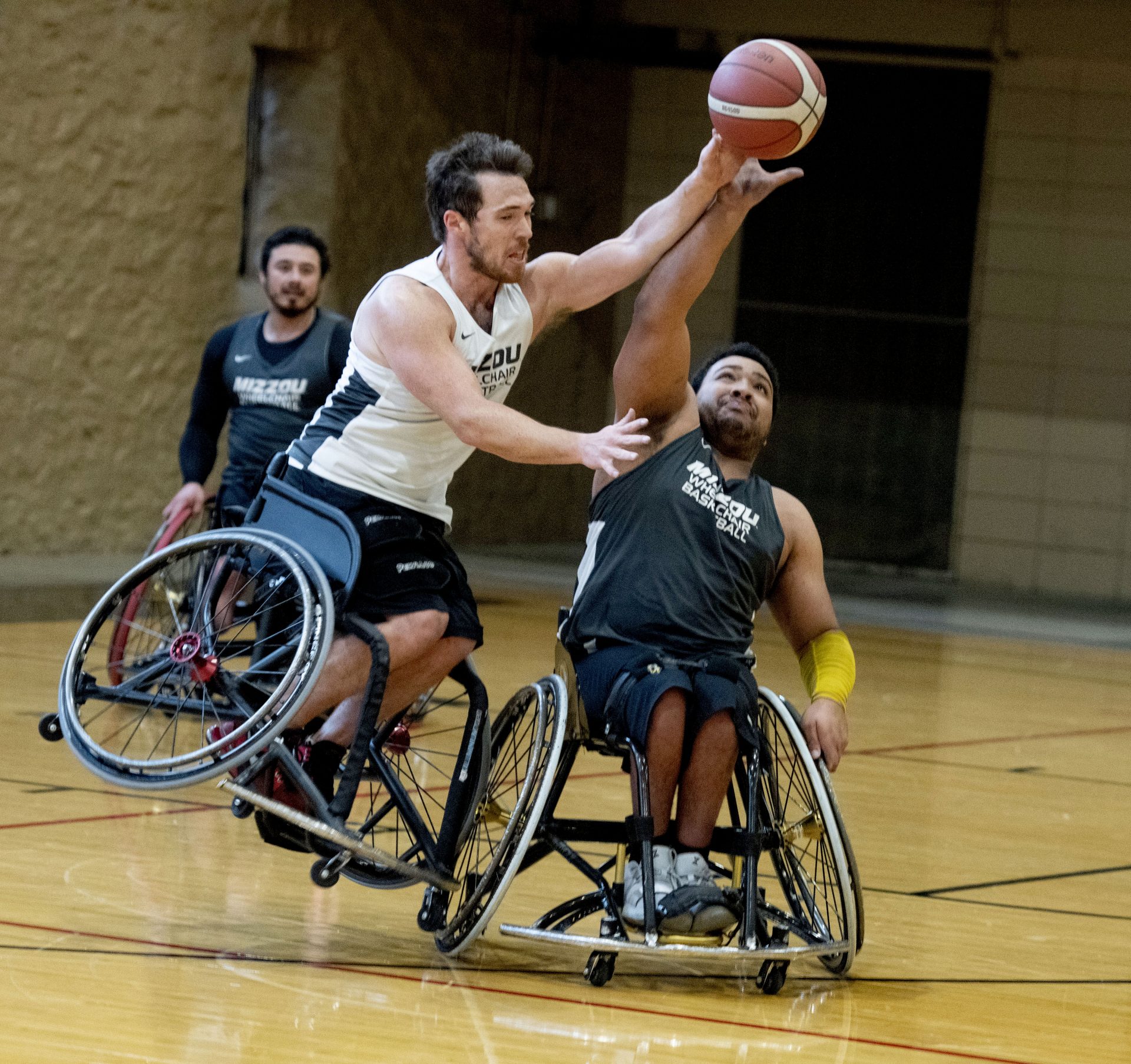 “Those five guys had to play every minute of every game,” says Ron, who took over as coach in 2009. “Injuries, sickness or foul trouble, you name it and they just had to go with it.”

The team and sport of wheelchair basketball has grown since that first season. “In those 17 years, the equipment has gotten better, players have gotten stronger and it’s much more competitive,” Ron says. “Wheelchair basketball is trending upward. Look at the coverage from the Paralympic Games last summer.”

Ron actually didn’t watch the games on TV however. He was busy collecting a gold medal coaching the U.S. Men’s team, his fourth career gold medal split evenly between the men’s and women’s teams. But now, his focus is just on the Tigers.

They play and practice in the former Brewer Fieldhouse — home to the men’s basketball team prior to 1972 — inside the Student Recreation Center.

“We play on the same size courts as any other college team, same ball and same basket height,” Ron says. “The only difference is the dribbling and our guys are sitting down.”

Wheelchair basketball has no double dribbling penalty. Athletes are required to dribble the ball after every two pushes of their chair or they incur a traveling violation. The chairs are purposefully constructed for the sport. Made of aluminum, they come in at just 25 pounds. “They can take getting hit by another chair,” Ron says. “The wheels are cambered which gives it balance and stability and lets you turn quicker. There’s no push handles or brakes; they’re designed to be as light as possible.”

Each athlete is given a classification number between 1 and 4.5 depending on their disability. “Class 1s might not have as much control of their trunk and maybe can’t reach out as far,” Ron says. “Where a 4.5 might be someone who’s had a couple of severe knee injuries, but it doesn’t affect them when sitting down.”

Any team that is on the court can’t have a cumulative classification number over 14.

The Tigers have nine athletes on their roster, with and without scholarships. With not many collegiate options available, Ron recruits all across the United States, Canada and Europe.

Senior Zach Steger has played basketball nearly his entire life. The journalism major from Richardson, Texas was born with spina bifida — a congenital defect in the spinal column — and used arm crutches growing up. He played able-bodied sports as a kid such as baseball, soccer and basketball.

“Once middle school able-bodied basketball started, I was told my crutches were a safety hazard,” he says. “I knew about wheelchair basketball already, so that’s pretty much been my life ever since.”

The Tigers typically start their season in late fall and play until the Intercollegiate National Championship tournament in March. This season got off to a late start when they hit the court against the University of Texas-Arlington on Jan. 28 in Columbia. Injuries sidelined the team in the fall and COVID-19 took away the 2021 season and the end of 2020, right when Ron says his players were hitting their peak.

“My first few years on the team seem like they went by so fast, so this long break has been kind of a blur,” Zach says. “Our tournament over winter break was canceled and that didn’t help. We’re just all super ecstatic to get back out and play.”

The tournaments are played throughout the U.S. Teams typically play every other team at the event in a round-robin format. Teams must compete in at least two tournaments to be eligible for the year-end tournament. Ron says the Tigers usually play in about six.

While the Tigers are organized under the recreation department, there is no shortage of competition. From hard practices and scrimmages to shooting drills to coaching strategies, these aren’t just pickup games.

“It can be like a puzzle,” Ron says. “We’ve got to figure out how each of these guys will all fit together. How much better can each player and the team get? Piecing it together and seeing where you are on day one and where you are come national tournament time. That’s the fun part of it.”

Ron says that competition is key for almost everyone, but especially those who might have mobility issues.

“In the U.S., sports and competition is kind of it for kids,” he says. “Guys with disabilities have those same needs. Just because they have a disability doesn’t mean they don’t want to compete. This just kind of proves that they can do just about anything or have any kind of job. Their disability might be part of who they are, but it doesn’t define them.”

Zach credits playing the sport for more than a decade with helping him off the court as well. “I’ve learned to be more independent flying across the country, learning how to transfer out of my chair, get onto beds,” says Zach, whose goal has always been to be an athlete at a major Division I university. “A lot of people with a disability might not get that. We practice at 5:30 in the morning, have some long bus rides and adversity, but I wouldn’t trade it for anything else.”