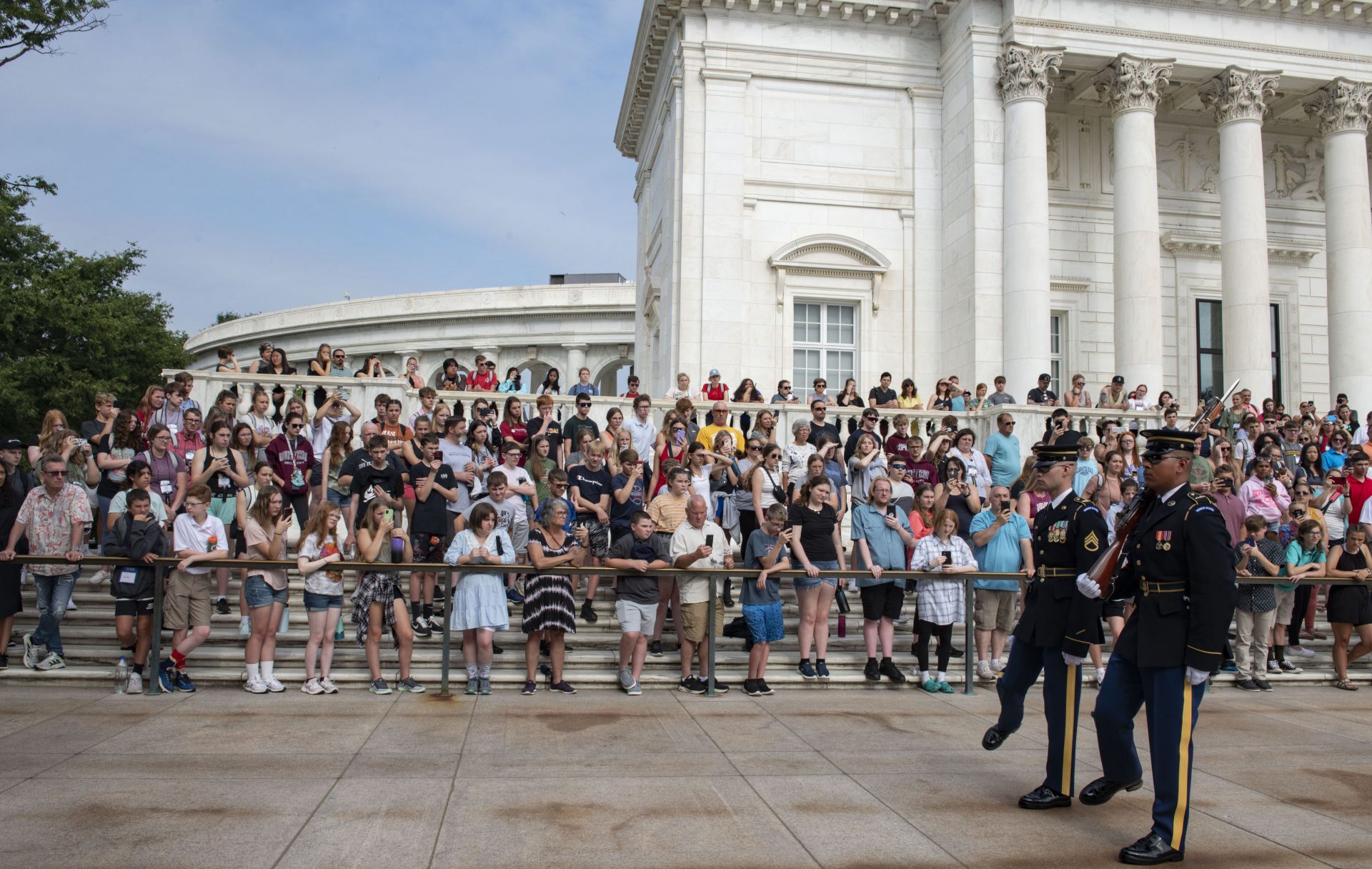 Missouri teenagers return to Washington, D.C. for the Trip of a Lifetime

Standing next to the Marine Corps Memorial in Arlington, Virginia, Caleb Simpson was still caught up in the whirlwind of the past week. He and 92 of his newfound best friends were about to depart for Reagan International Airport to “get back to the real world” and fly home to Missouri.

“Oh my gosh, it’s been a week but it doesn’t feel like that,” the Bolivar High School student says. “When I first came, I thought, ‘I’ve got to be with these strangers for six more days?’ And right now, oh my goodness, I only get six more hours with these guys.”

Caleb was sent on the trip by Southwest Electric Cooperative as one of their delegates on the Missouri Electric Cooperative Youth Tour. Missouri’s electric cooperatives have been sending some of our state’s most outstanding soon-to-be-seniors to our nation’s capital on the “trip of a lifetime” for more than half a century. After a two-year hiatus due to COVID-19, the Youth Tour was back in full swing this year as 93 students descended on Washington, D.C. for six days of monuments, museums, meetings and memories.

Youth Tour activities happened virtually and in small groups in 2020 and 2021. The return to a full, in-person Youth Tour was more than a welcome sign for Missouri’s electric cooperatives. “We did our best to offer a Youth Tour experience the past two years,” says Chris Massman, vice president of member services for the Association of Missouri Electric Cooperatives and Missouri Youth Tour coordinator. “But nothing compares to taking these students to the buildings and monuments that represent our nation’s history and what we stand for and letting them see that with their own eyes.”

For Missouri’s cooperatives, the trip is an investment in their local youth and communities. “The delegates that earn a spot on Youth Tour are already leaders in their communities, schools and churches,” says Chris. “Youth Tour allows them to grow their leadership skills further and visit a part of our country rich with culture and see what opportunities they might have in the future. They take those skills back to their hometowns.”

The trip began in Columbia on Monday, June 13 with a banquet for delegates and their families followed by an orientation. The students and chaperones hit the road the next morning to St. Louis for a flight to D.C. where more than 1,000 youth participated in Youth Tour.

The delegates stayed busy for their weeklong trip visiting and viewing some of the nation’s most well-known landmarks. In addition to the Marine Corps Memorial, they visited the White House, Air Force, World War I and II, Vietnam War, Korean War, Martin Luther King, Jefferson and Lincoln memorials. 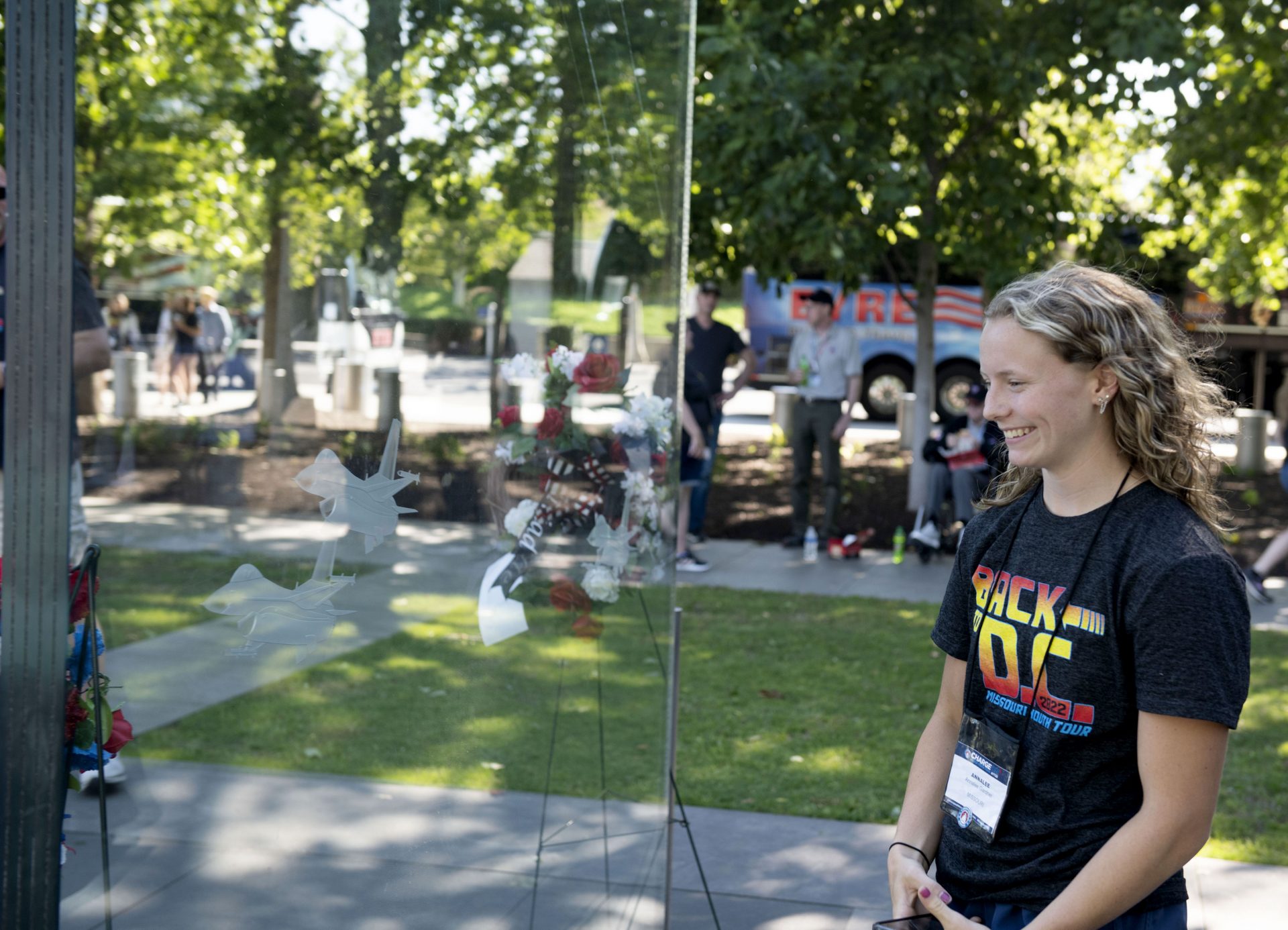 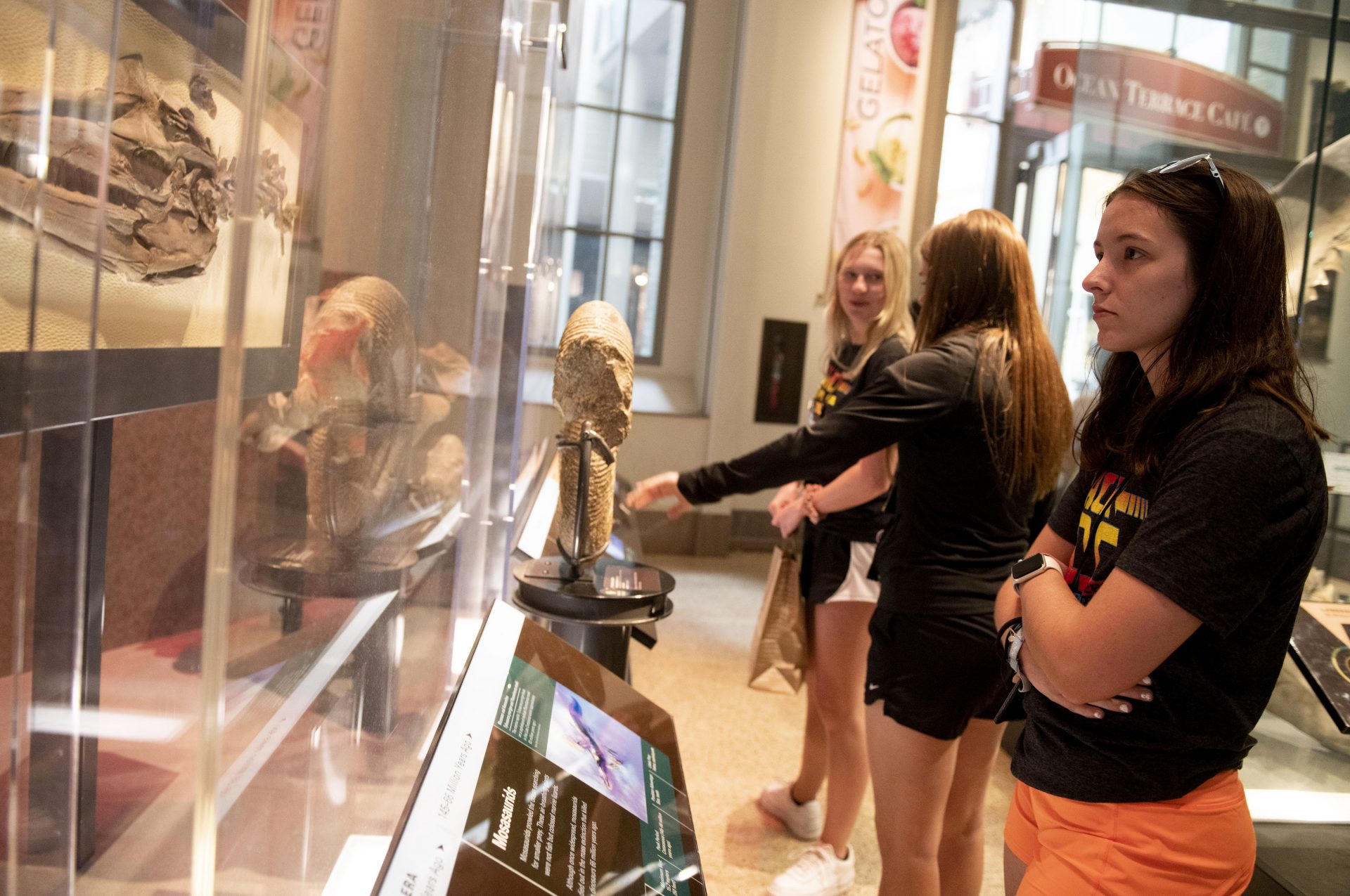 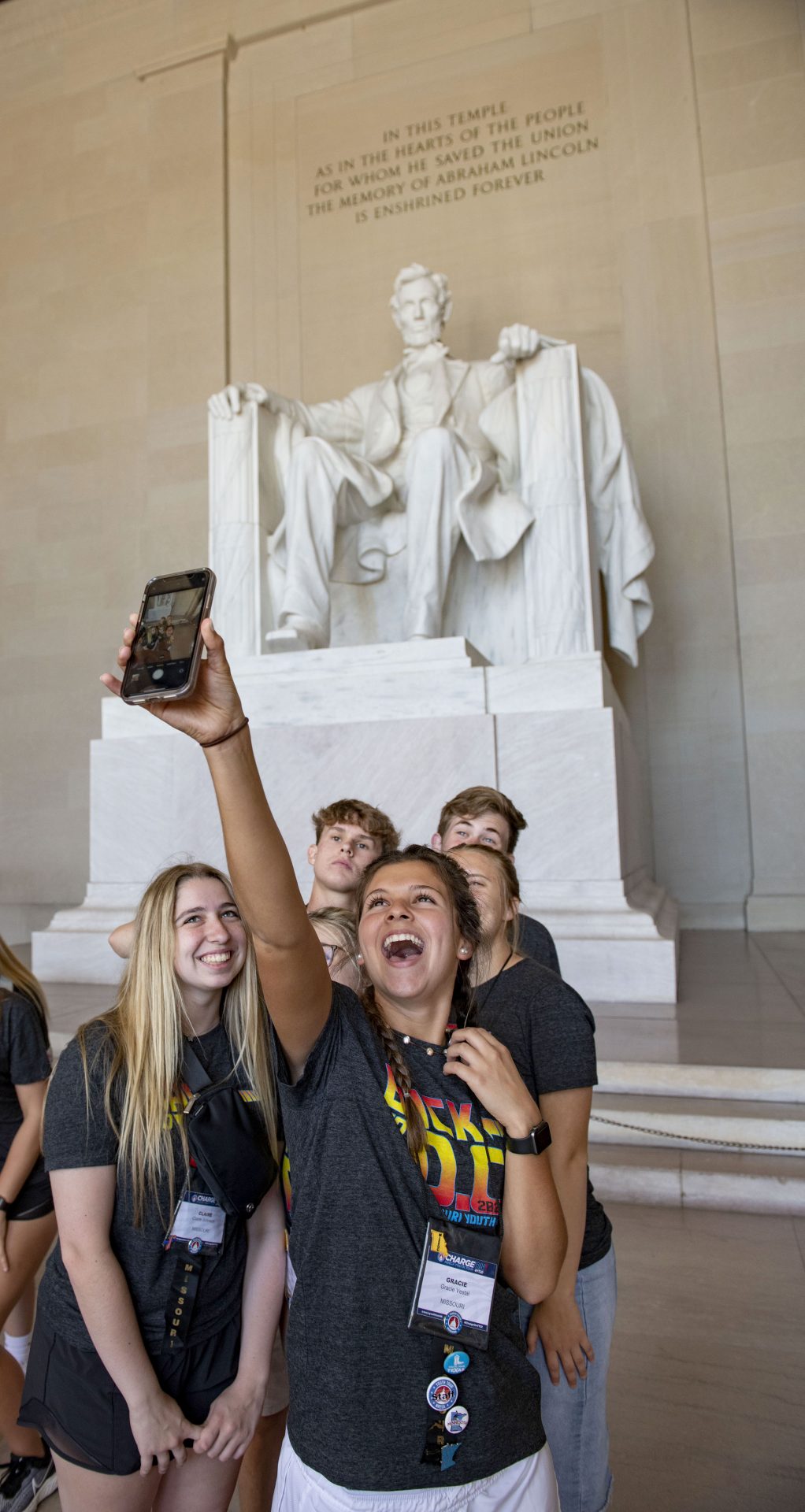 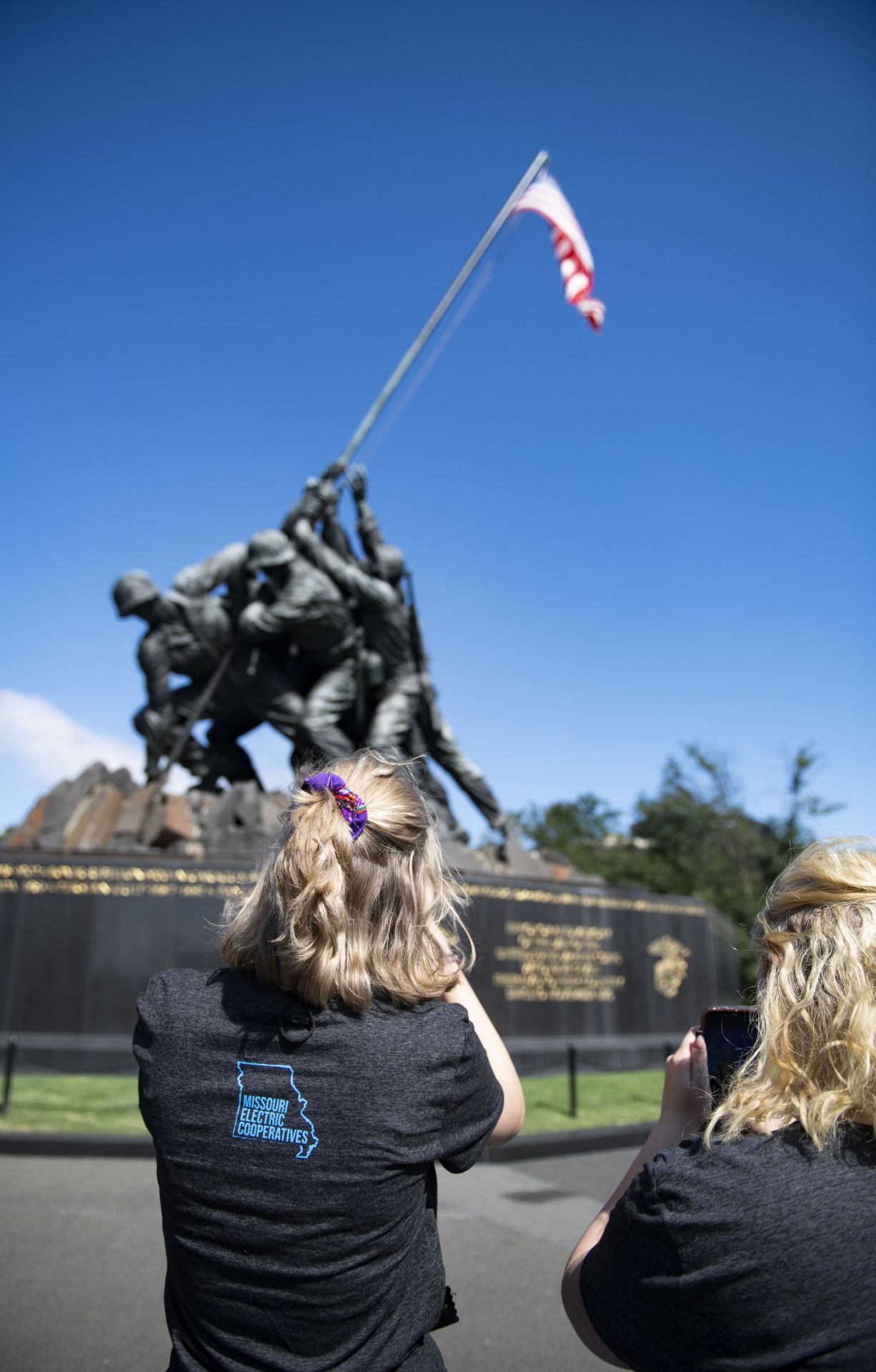 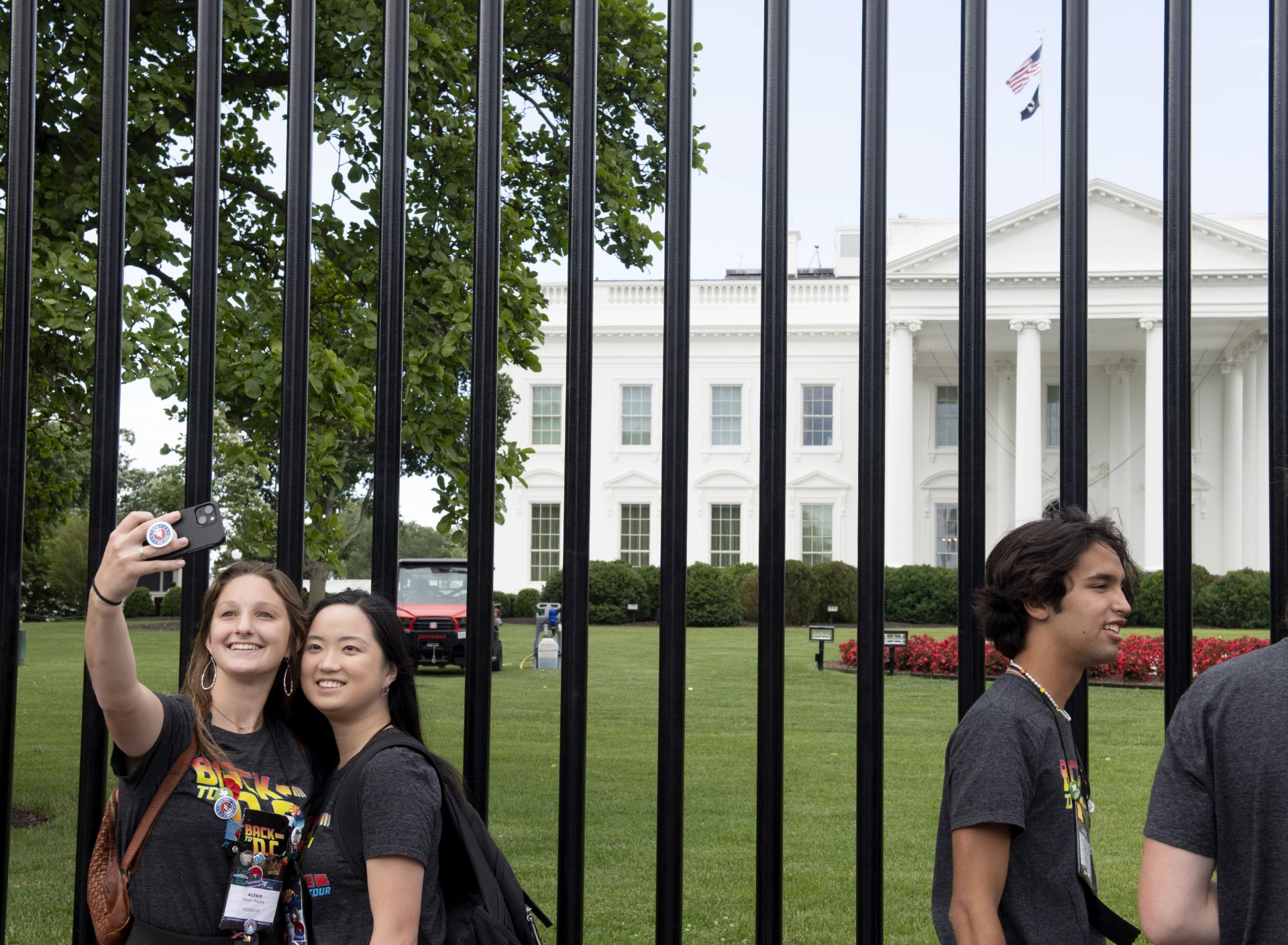 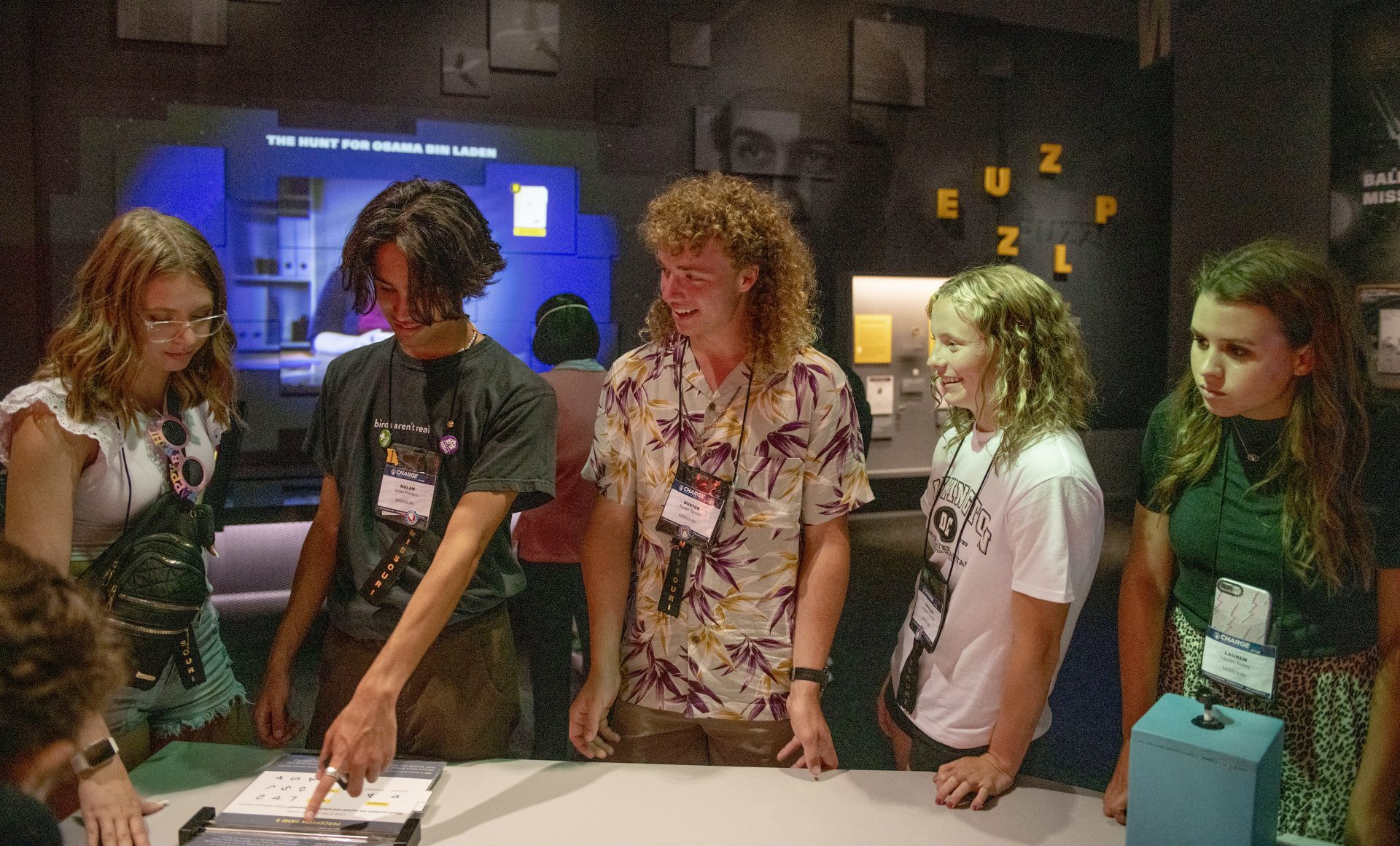 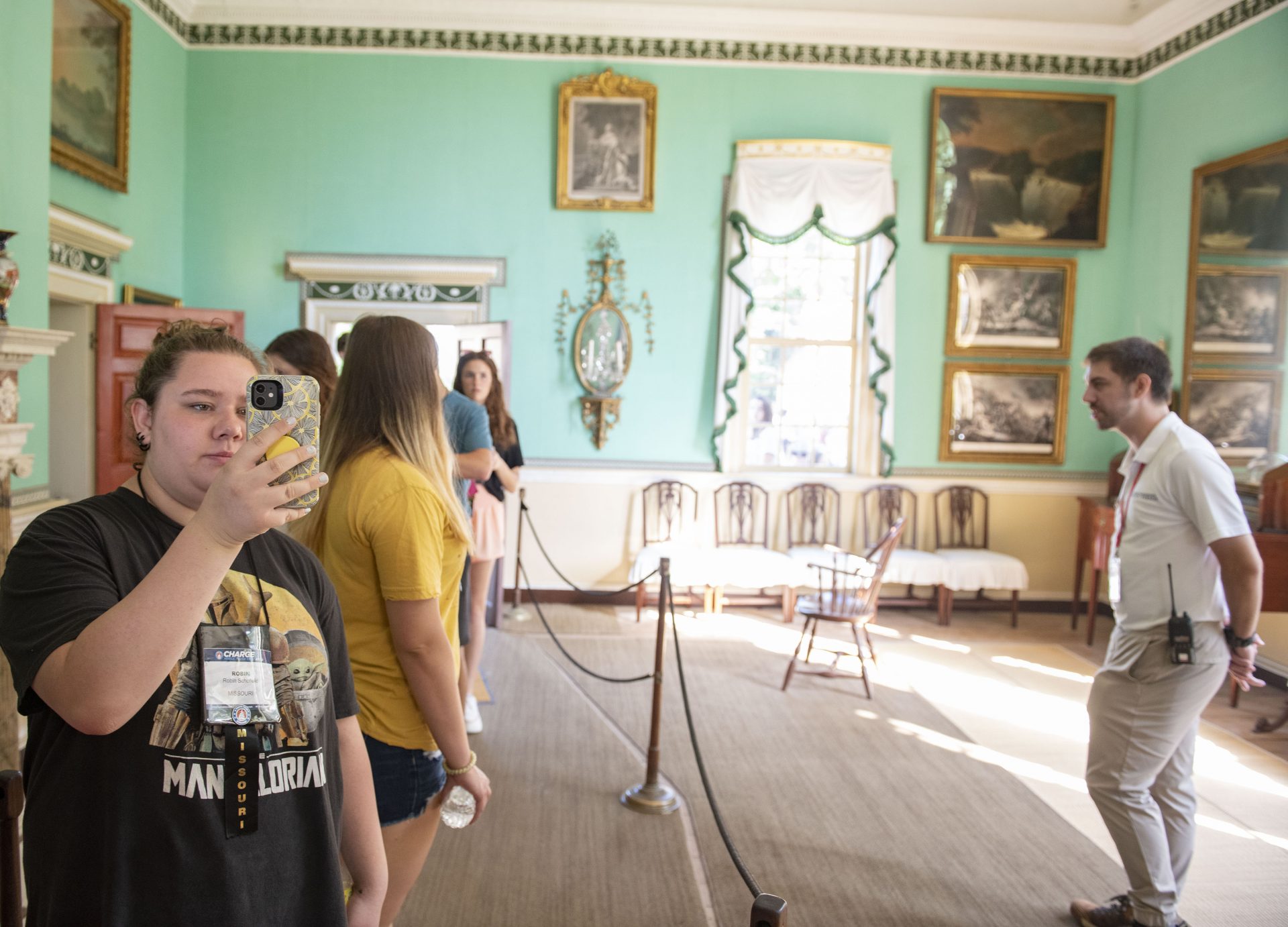 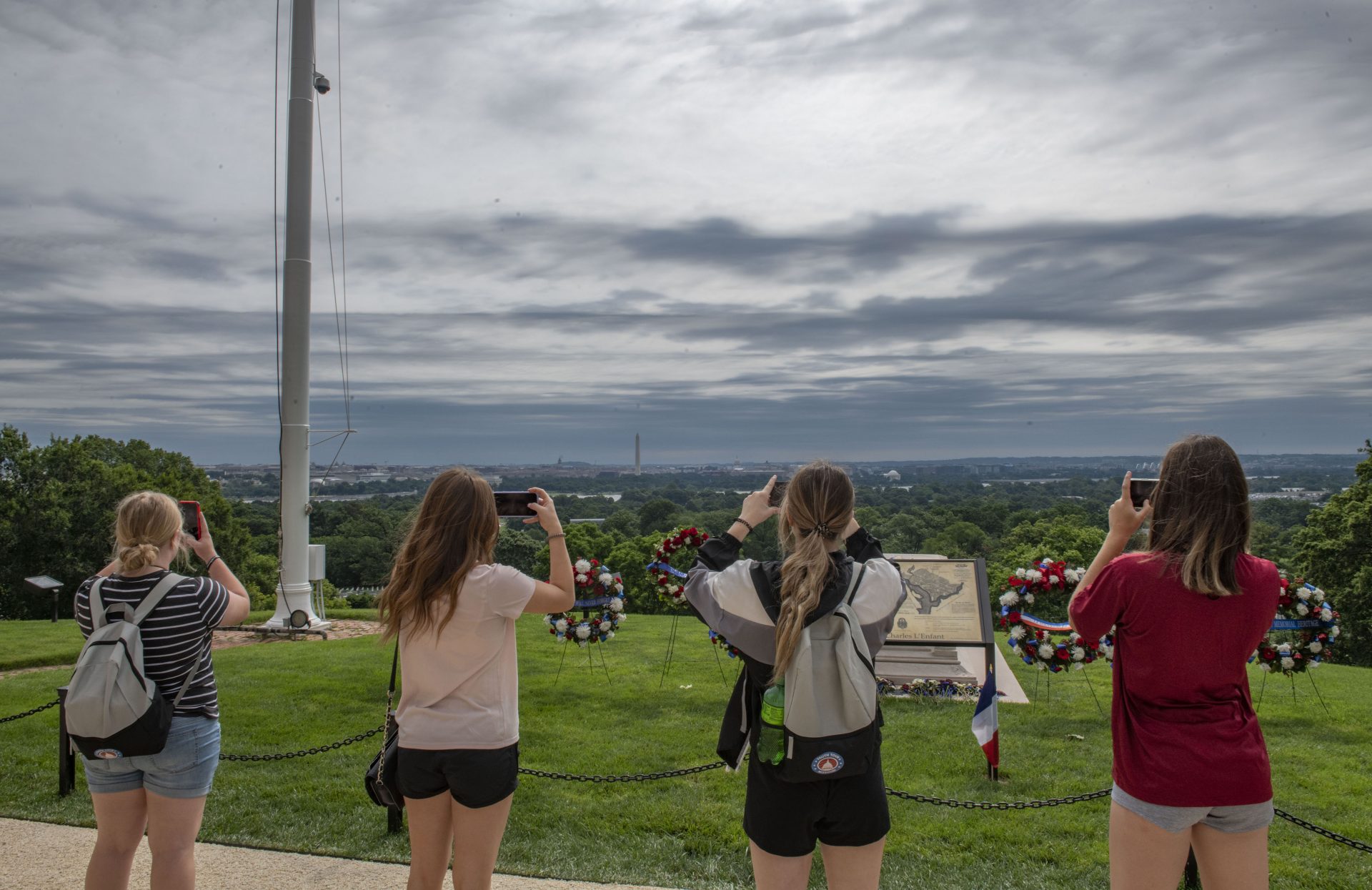 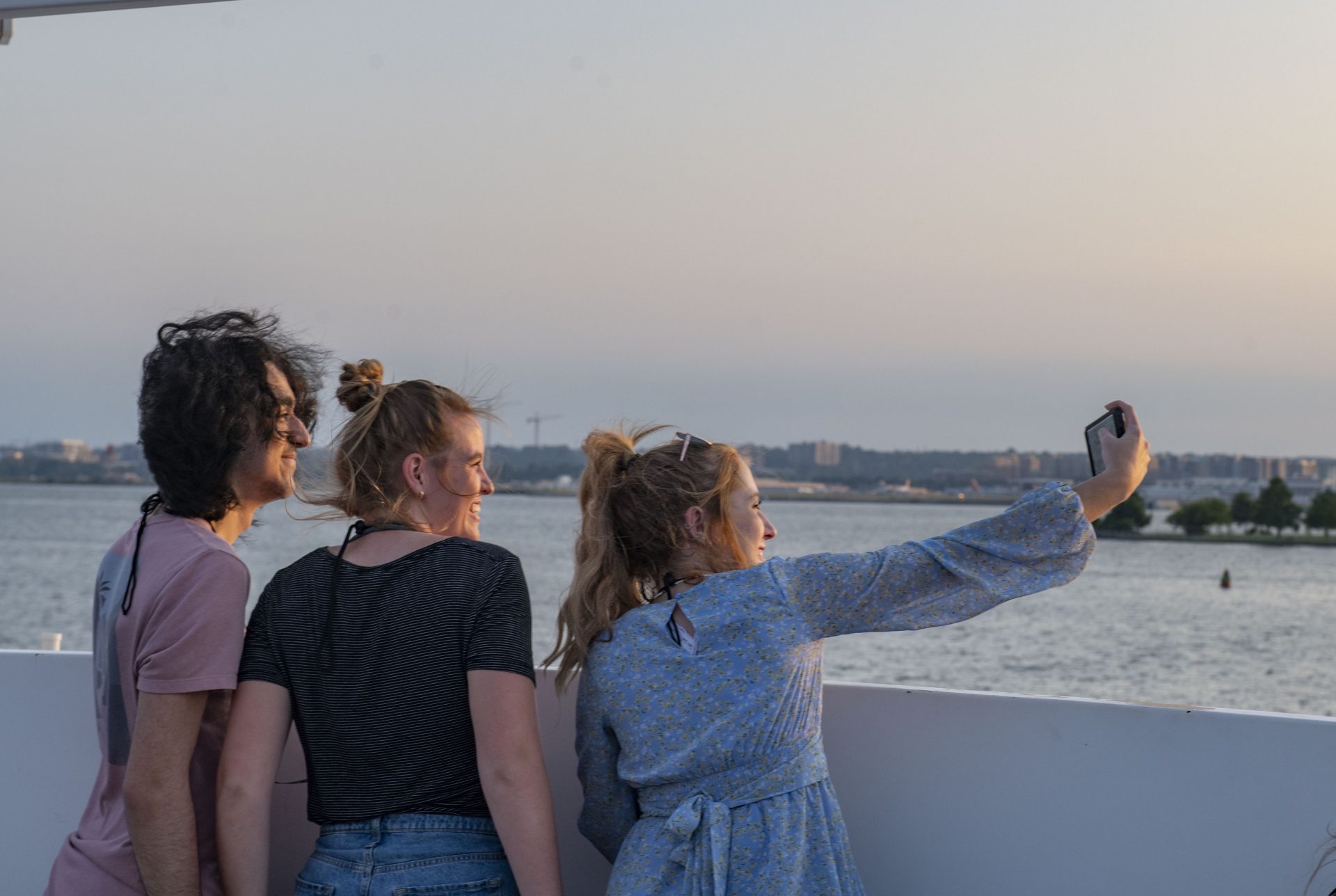 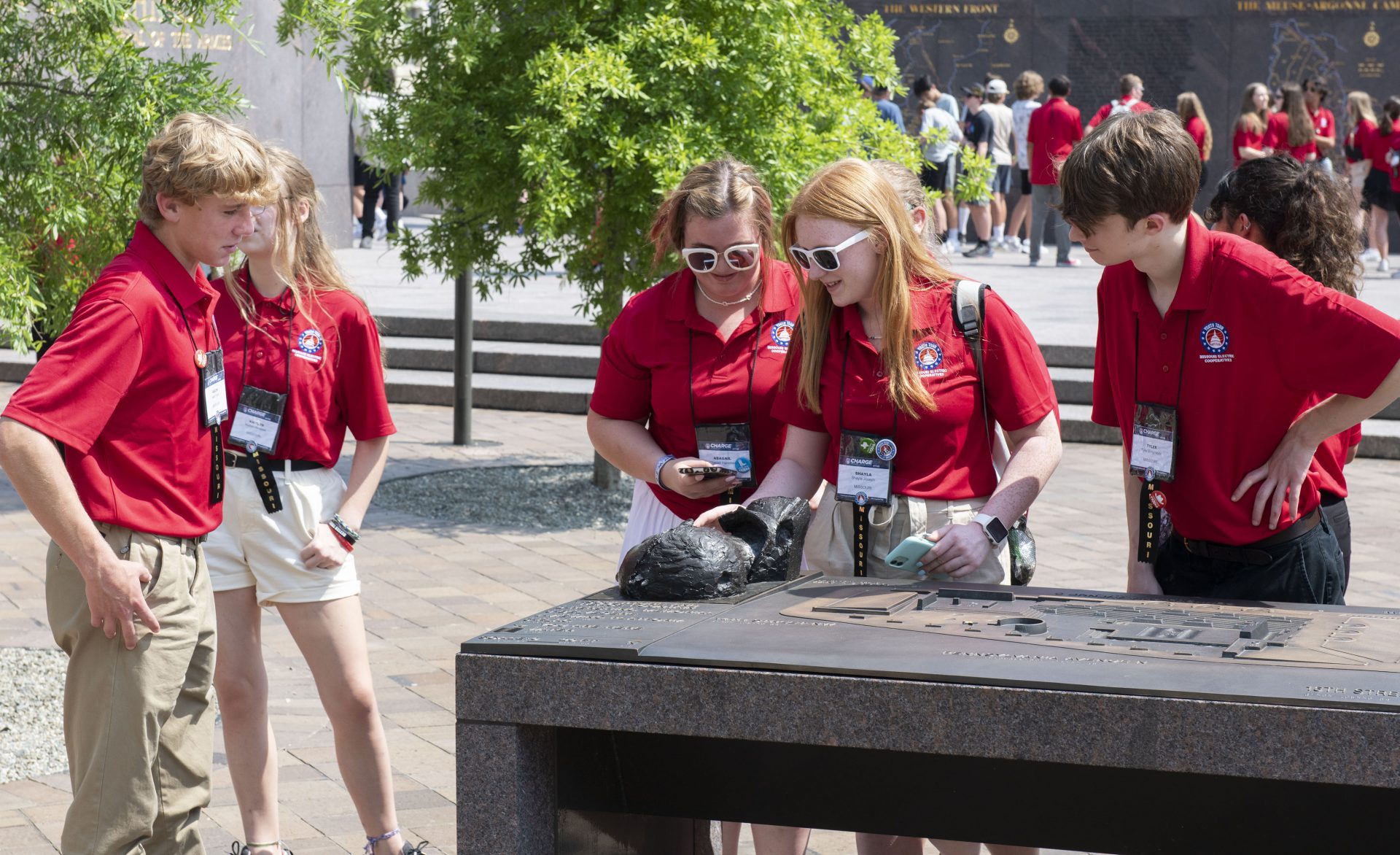 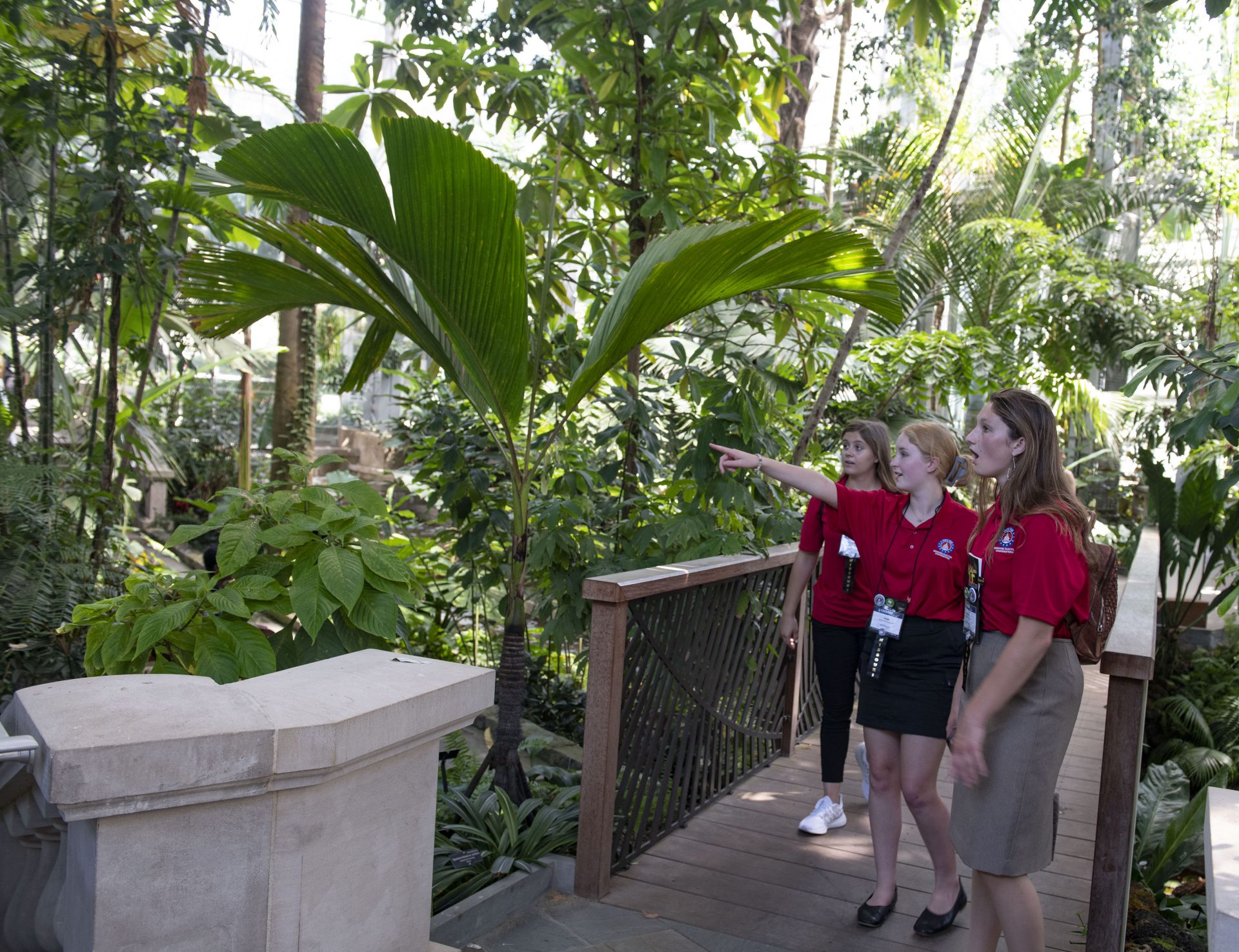 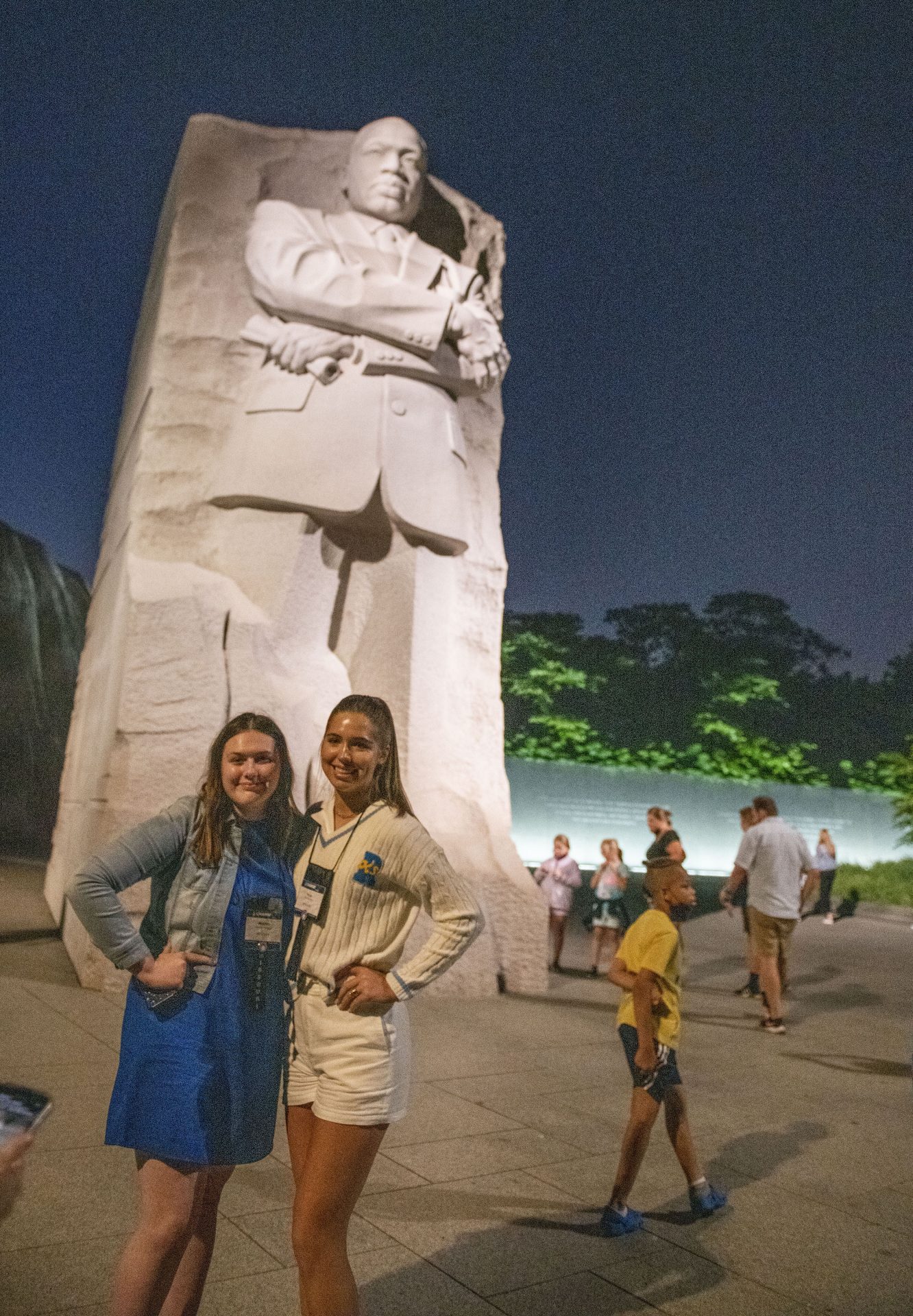 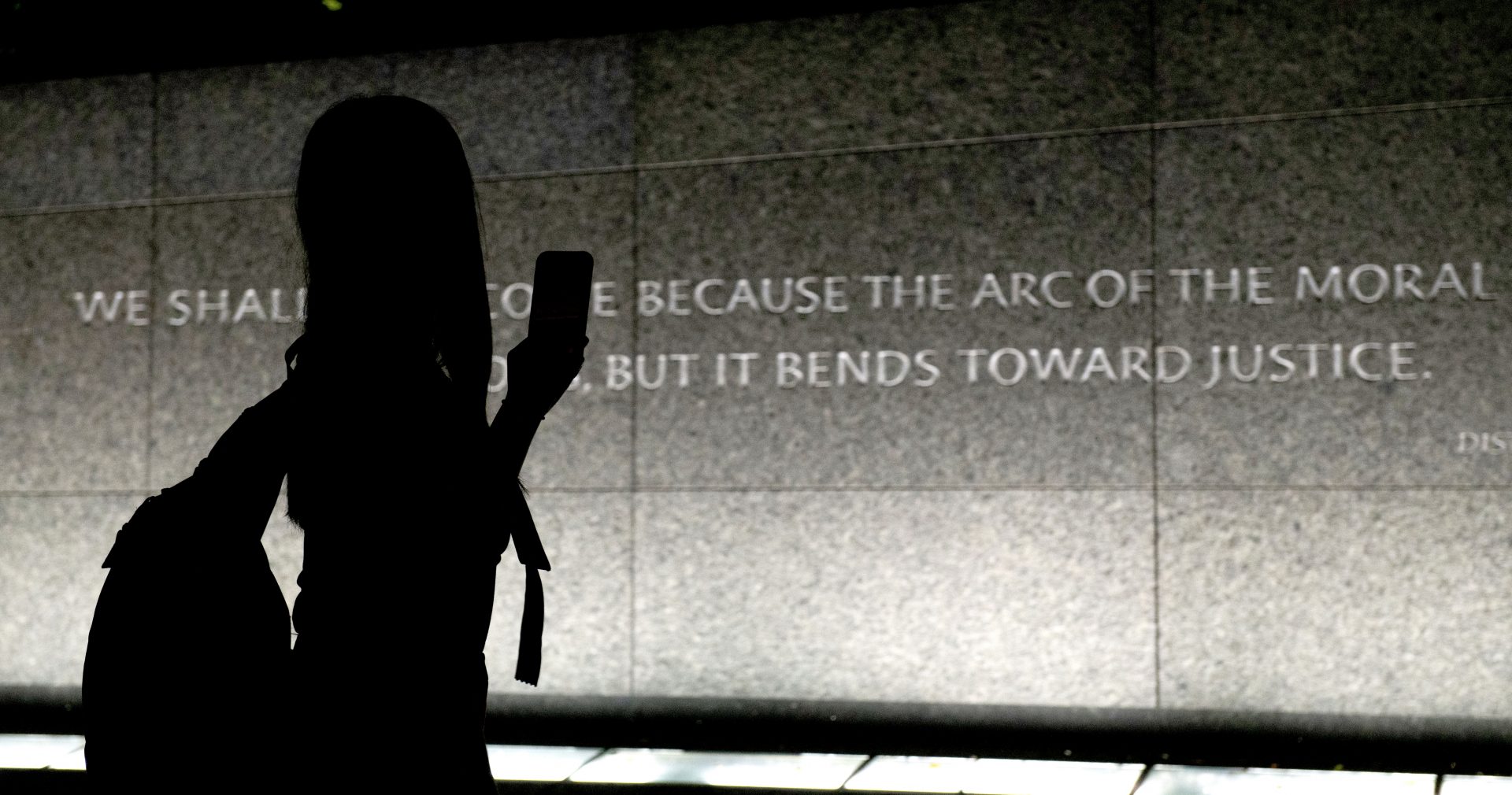 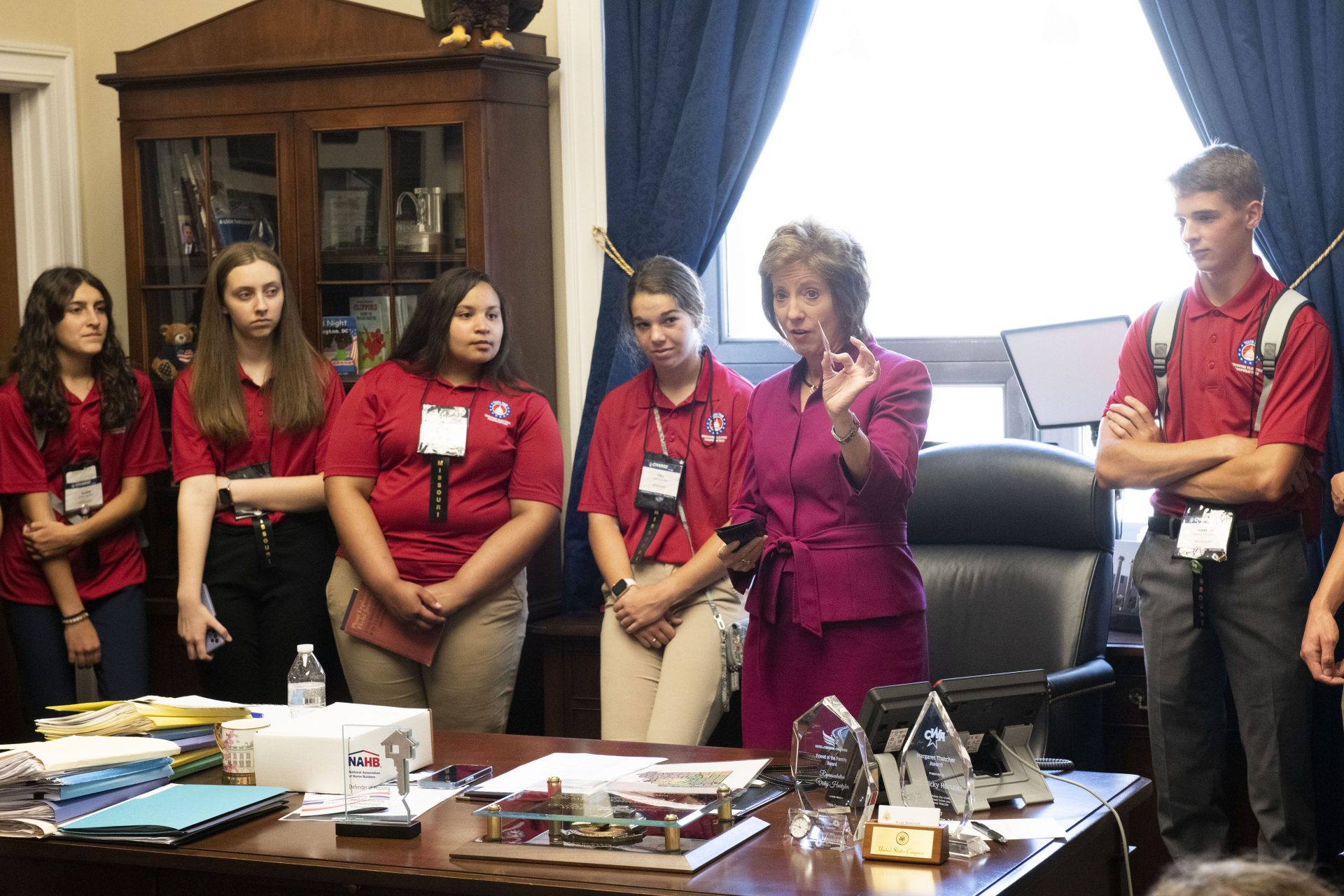 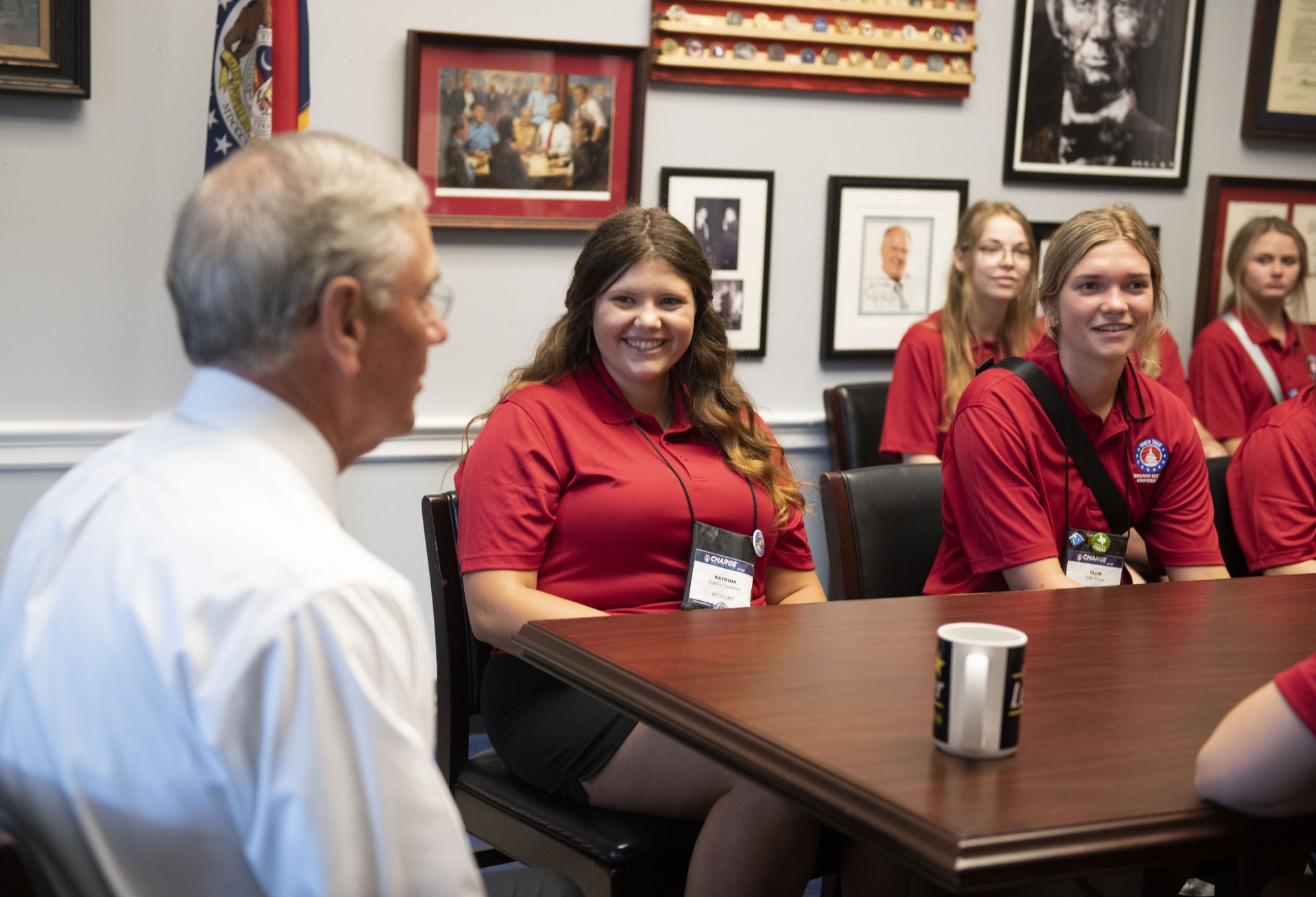 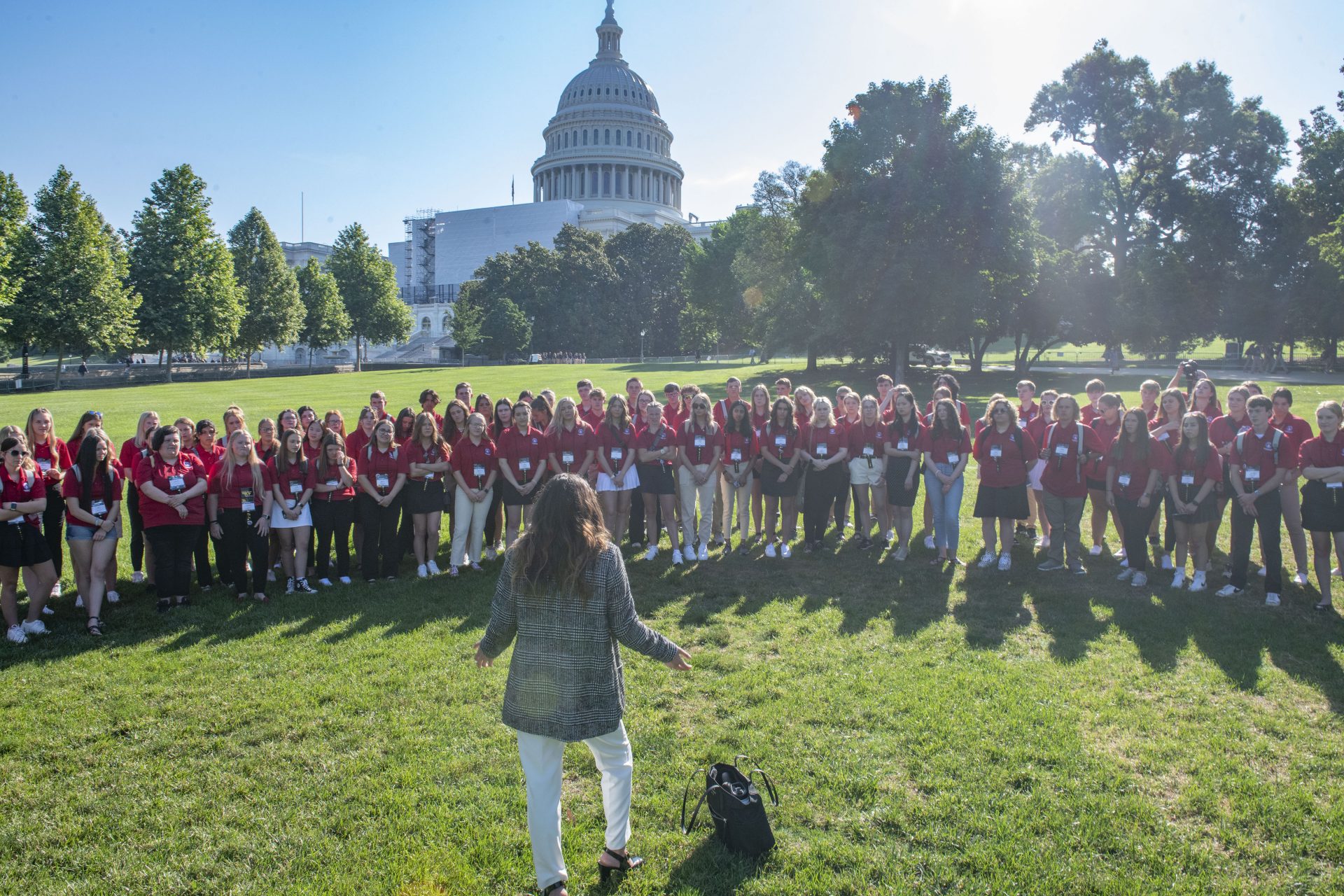 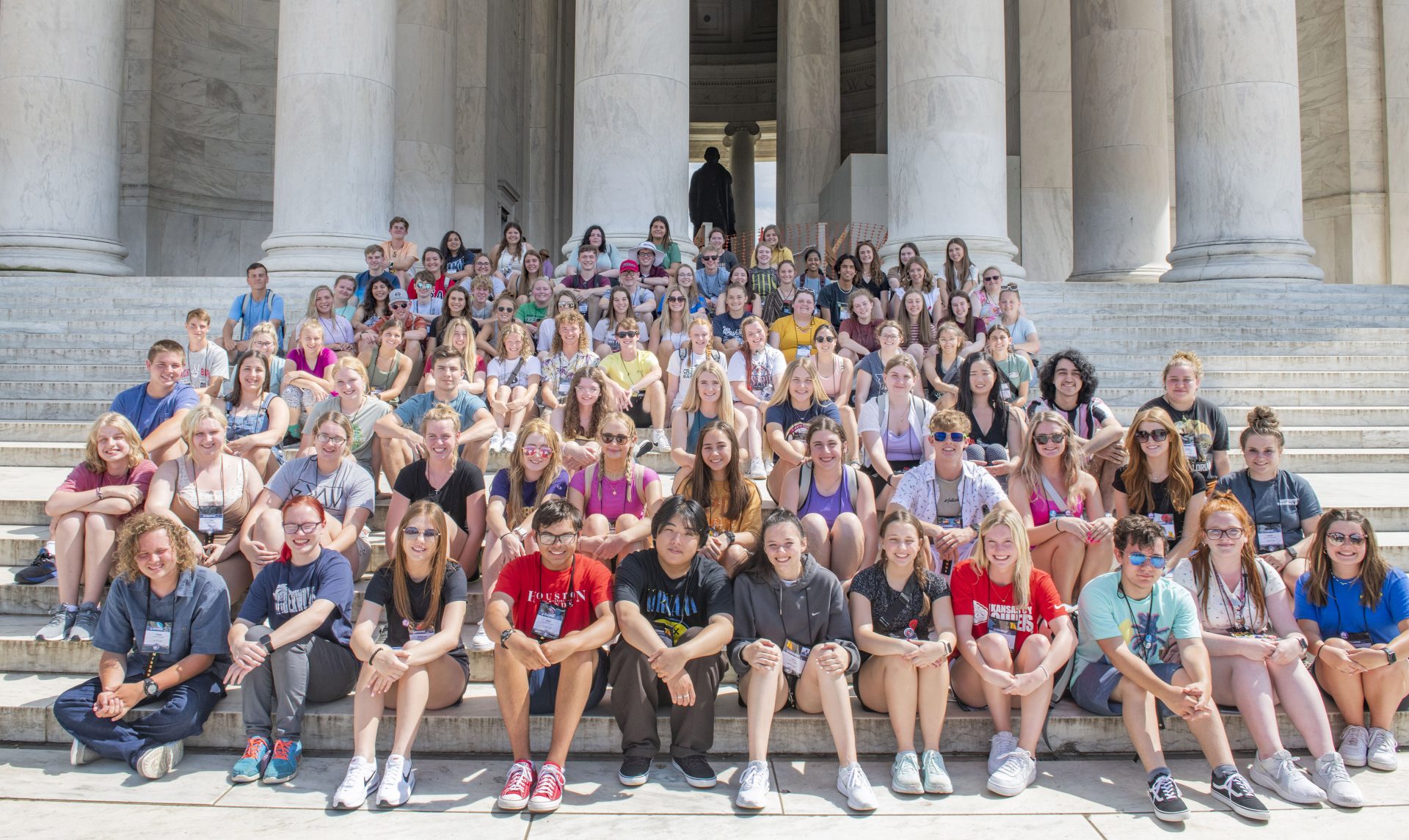 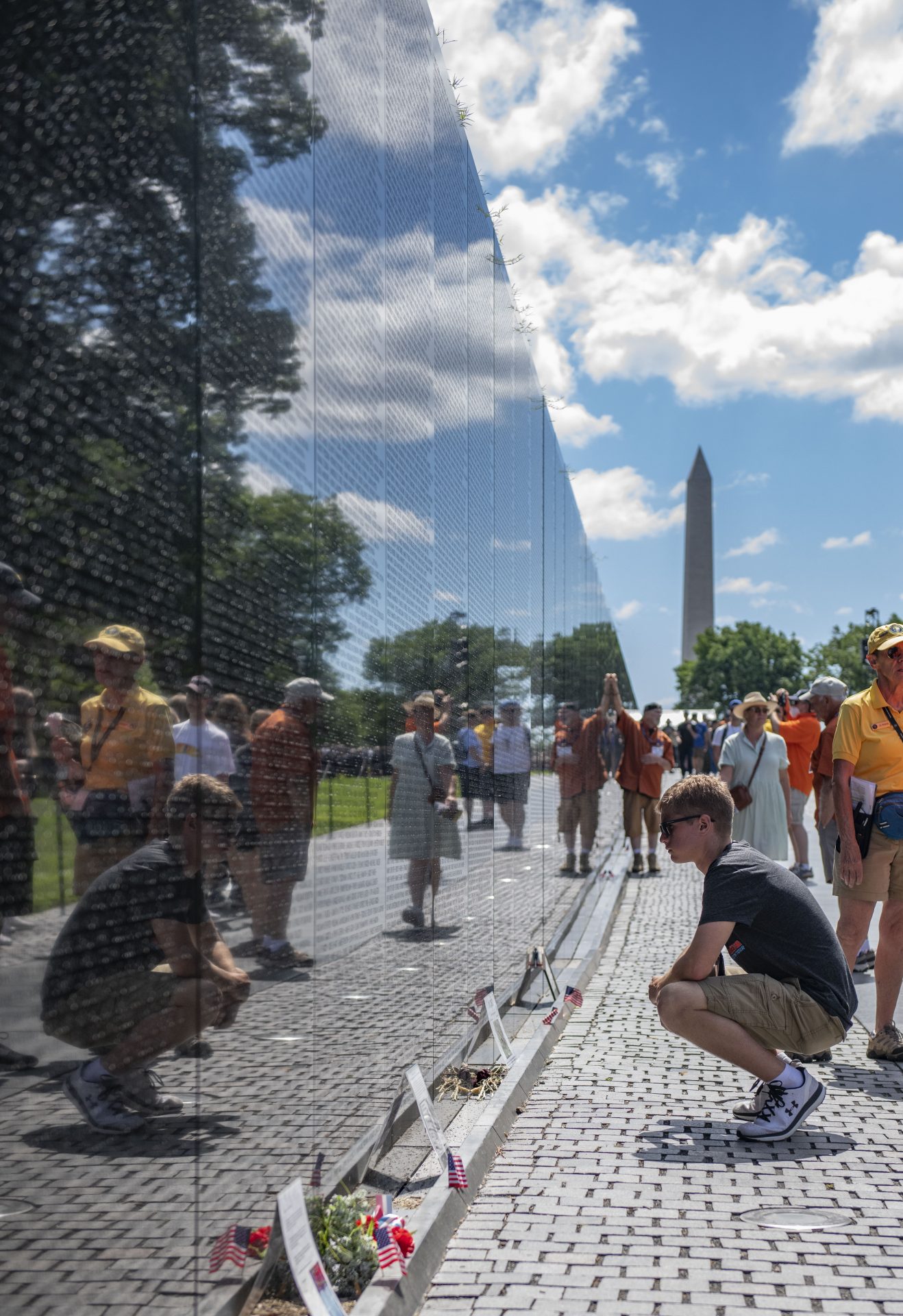 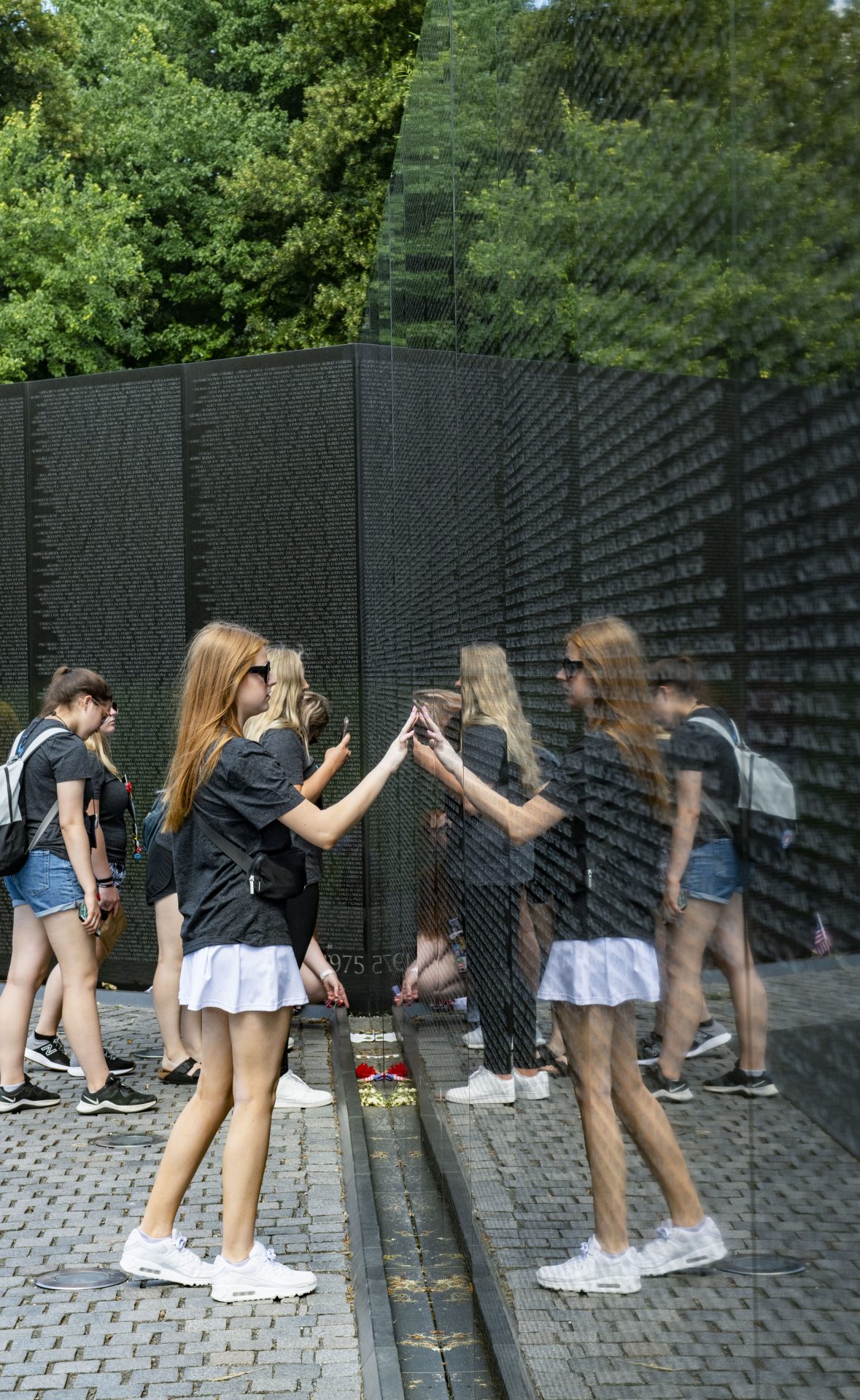 They were able to visit historic sites such as the museums of the Smithsonian Institution, Mount Vernon, Ford’s Theatre as well as the International Spy Museum. They observed the solemn tradition of the changing of the guard at the Tomb of the Unknown Soldier at Arlington National Cemetery. Their first morning in D.C. was spent on Capitol Hill meeting with congressional representatives and key staffers. Lauren Bailey was sponsored by Osage Valley Electric Cooperative and says the congressional visits were a great start to the week.

“Knowing there are people here who are from just down the road from where I live that represent us,” says Lauren, who earned her trip with an essay promoting agriculture. “To know they have the same background was spectacular and gave me more of a perspective that this isn’t just another figure in Washington, D.C. It’s somebody that has been in my shoes and knows about FFA and 4-H.”

Each year, one delegate from Missouri is selected as the representative for the national Youth Leadership Council. Lauren was chosen as the 2022-23 Missouri council representative and will participate in virtual leadership summer training, travel to the NRECA Annual Meeting in Nashville in February and address the 2023 Missouri Youth Tour delegates before their trip next June.

“Walking into the room at the beginning of the week, I had high expectations, but wasn’t sure what to expect since I only knew a few other people,” says Lauren. “Then we started seeing the sights and I knew this would be the trip of a lifetime. When I saw Arlington and all the white gravestones, it was just breathtaking what has been sacrificed and given to us.”

The opportunities don’t end once the students return home. In addition to their newfound friendships and outlook, Youth Tour alumni have scholarship opportunities. In July, 2020 virtual Youth Tour delegate Dawson Propst of Stover was awarded one of the five Glenn English Scholarships. Dawson, who was sponsored by Co-Mo Electric Cooperative, will receive a $1,000 scholarship.

The Youth Tour was inspired by then-Sen. Lyndon Johnson in 1957 when he asked rural electric leaders to “send youngsters to the national capital where they can actually see what the flag stands for and represents.” The following year, electric cooperatives in Iowa accepted that challenge and sent the first group of young people on a weeklong tour of our nation’s capital. Missouri followed suit in 1964 with 22 Show-Me State electric cooperatives sending 58 students to Washington, D.C. The 2022 trip was the 57th time Missouri’s electric cooperatives have stepped up to send the state’s youth to the capital.

After two years of connecting through laptops and small groups in Missouri, the return to D.C. highlighted how important the program can be to the delegates and their future. “I can read about these things in textbooks, but that doesn’t give you the full picture,” Caleb says. “George Washington is a guy I can read about in almost any history book. But we got to walk through his house and see where he’s buried on property. The guy I’ve read about for 18 years is just a few feet in front of me. It’s incredible.”