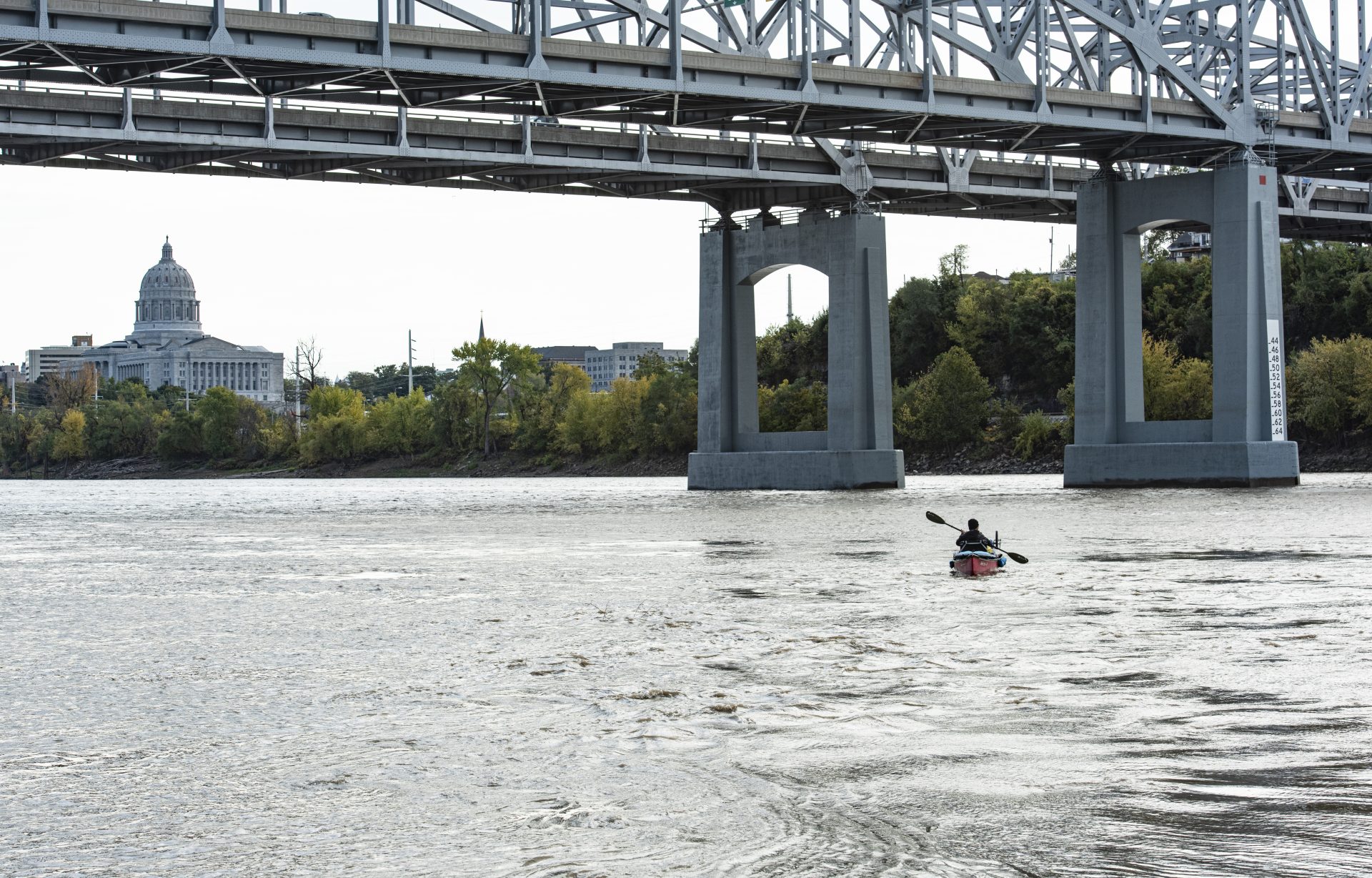 When the new year ticks over, Amanda Hoenes will enter 2022 with one less resolution than in years past. What was once a childhood dream — a 3,300-mile canoe adventure along the Missouri and Mississippi rivers — will have become an adventurer’s reality. For the Cedarcreek native, that check mark won’t have come easy, but it will have changed her life.

Her decision to finally make the journey was aided by circumstance, although for the adventurer they were not entirely unfortunate. When Amanda’s position in the IT department of Kohl’s Corp. was made part of the pandemic-related layoffs in 2020, she took the news in stride. From a cold, dark house in Wisconsin, she saw a bright beacon on the horizon.

“People say, ‘I’m so sorry,’ and I say, ‘You don’t understand. They did me a favor,’ ” Amanda says with a laugh. “It’s one of those things that you’re good at, but it doesn’t feed the soul.”

The blueprint for her adventure was set at a young age, reading Mark Twain and the journals of Meriweather Lewis and William Clark. With time to press pause and think about what she wanted to do next, Amanda headed south for five months in an RV and began researching and planning her own river trek from Montana to Louisiana in earnest.

It’s far from her first experience testing her survival skills, and according to Amanda, not the first thing she wanted to do that was a little shocking to her parents, Roger and Sheri. They joined her on the river during the early days of the journey when she set off from Montana’s Missouri Headwaters State Park in Three Forks, Montana on July 11.

“When I joined the Marine Corps in early 2001, that was one of those moments,” Amanda says with a laugh. “I think they have been trained at an early age by me.” 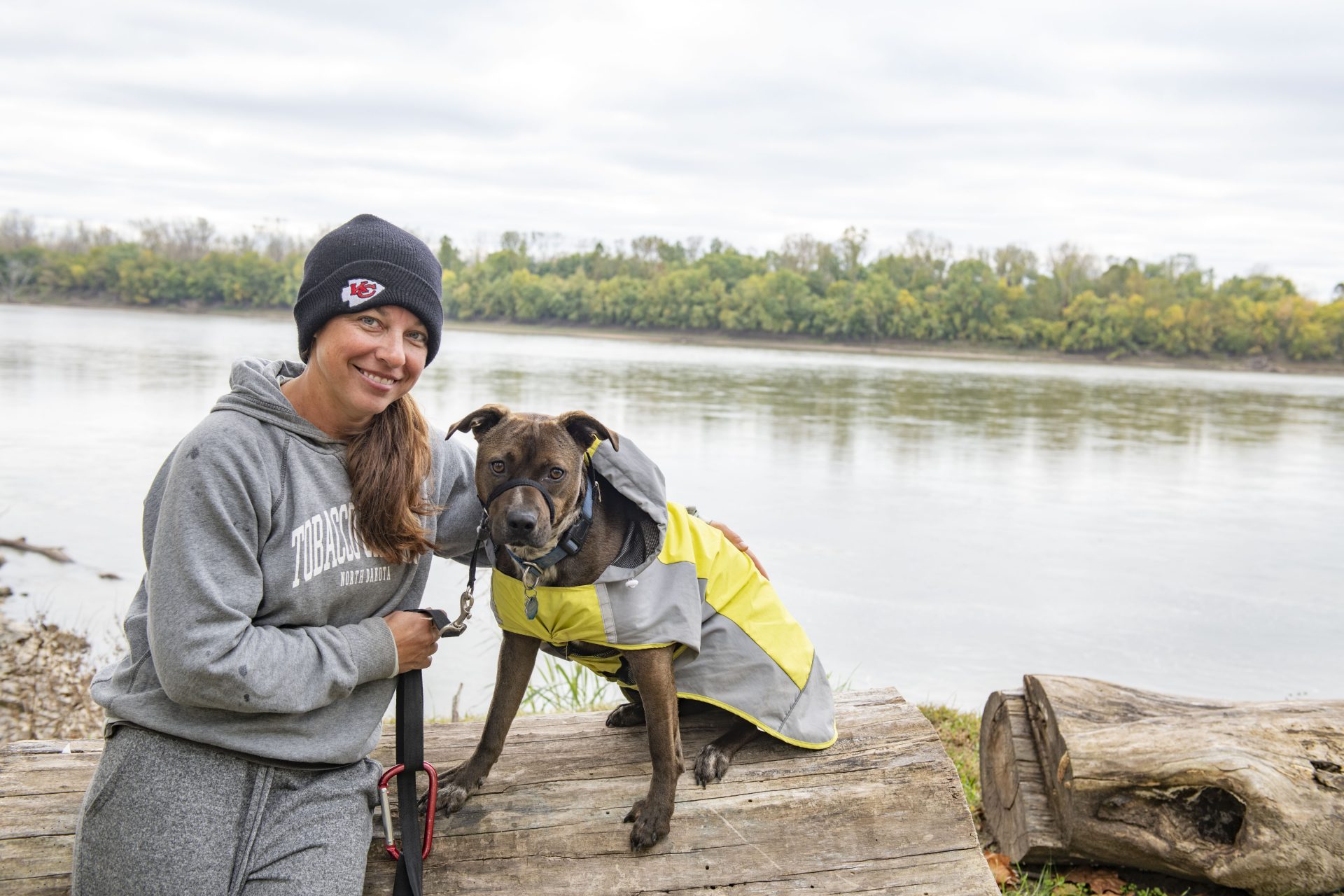 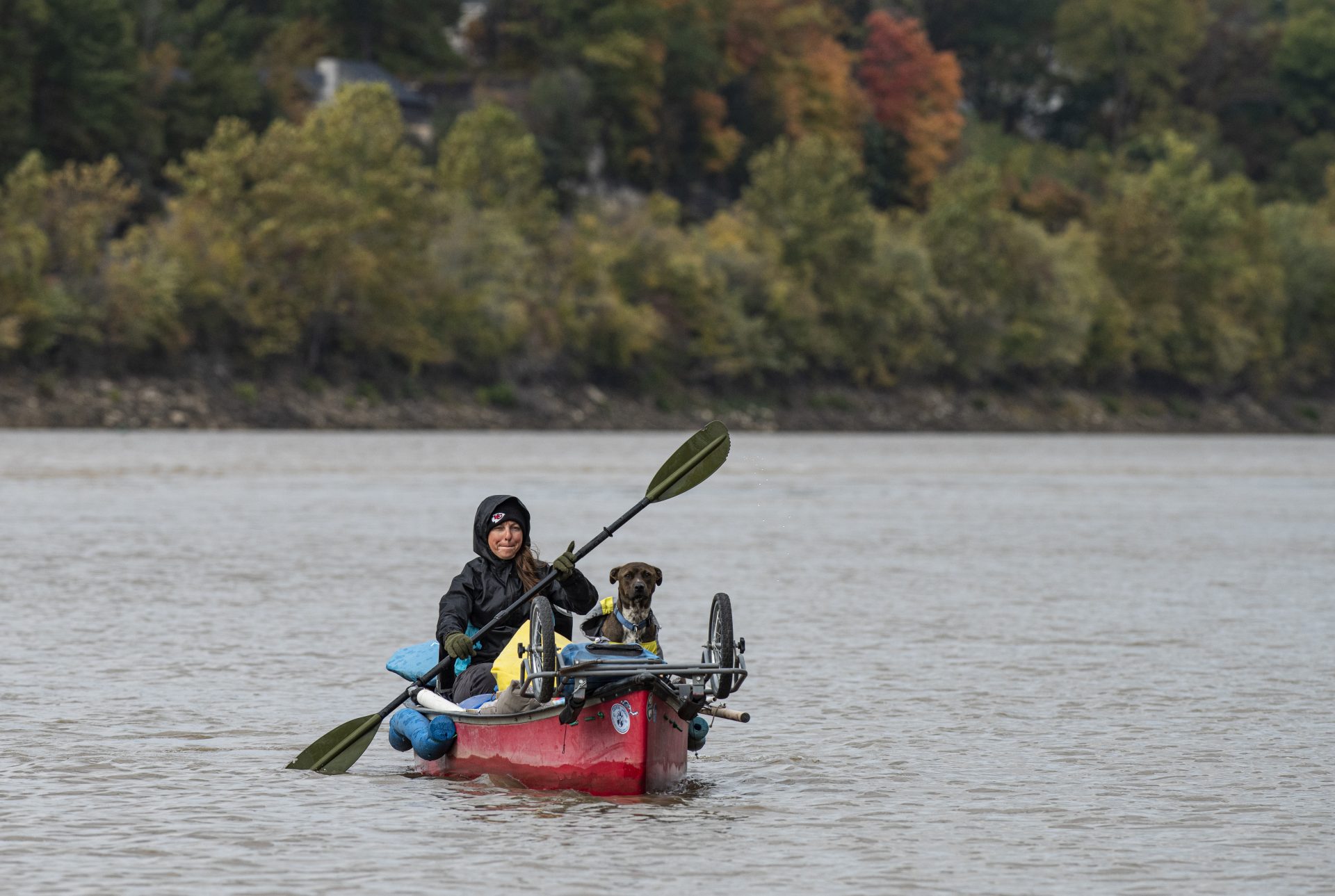 During her research, the former U.S. Marine Corps sergeant found the same trip had most recently been completed by American kayaker Janet Moreland in 2013. That proved to Amanda that her dream, while daunting, was not impossible. She outfitted a 17-foot fiberglass Coleman canoe, originally suited for running Ozarks streams such as the Current and Eleven Point, with permanent bungee cords, a sail and other special modifications. She also decided the journey could help bring awareness to two veterans’ organizations, Reel Warriors Foundation and Team Rubicon.

“People have asked a lot about how they can help, and this has been an amazing opportunity to point that generosity toward helping veterans,” she says.

The lonely miles haven’t taken a toll on Amanda, partially because she shares the solitude with co-pilot, Hank. The mixed breed shelter rescue would have made Lewis and Clark’s canine companion, Seaman, proud: Hank’s best trait is that he never leaves his chauffeur’s side.

“He knows where his bed is and it’s just his jam,” Amanda says. “I was doing repairs in the shop yesterday and he came and jumped in the canoe with me.”

In early November, after reaching the Mississippi River at the Chain of Rocks Bridge — and with family members cheering her on as she passed Edward “Ted” and Pat Jones-Confluence Point State Park — Amanda took a weeklong break to catch a Kansas City Chiefs game and make some much-needed repairs to the canoe. After 112 days on the Big Muddy and more than two-thirds of the journey behind her, she’s keyed in on what works and perhaps more importantly what doesn’t with her setup.

Early in the trip around Fork Peck, Montana, two of the main support beams sheared in half. Leeboards, intended to keep the craft moving straight in a crosswind, also broke. She’s gone through four umbrellas to shield the cockpit from sun and rain, the sail and supports needed reinforcing and she judges a rudder will be necessary to help navigate the churning waters of the Mississippi. The explorer is unphased. It’s all part of the cost for making memories to last a lifetime. She’s undeterred by cold and hot days or rain showers. The only real enemy to progress, Amanda says, is the wind.

“I don’t know how not to get irrationally angry with it,” she adds. Constant wind on the adventure made crossing the 12 reservoirs upstream of Missouri’s portion of the river that much more grueling an experience. “Whether it’s spinning you around or it’s in your face and pushing you backward even when there is a 5 mph current, the wind is a showstopper, period. It’s either with you or it’s not, so when it kicks up you just wait it out.”

Despite the frustrations, Amanda says she’s never regretted her decision to make the expedition or considered quitting. The scenery alone has been enough to buoy her spirits. Waking up to elk bugling around her campsite in Montana or seeing her first rainbow of the trip during the respite of a Missouri thunderstorm have left an indelible mark on the explorer. Journey’s end at Venice, Louisiana  and the Gulf of Mexico, is sure to be bittersweet. Amanda doesn’t see it as the end of a chapter, but the beginning of the next adventure — whatever that may be.

“When we do things we’re afraid of or that we’re not sure we can do, I think we grow into people and you can’t undo that growth,” Amanda says. “I think when this is over, I will be a different person and a better person for it. I kind of lean into things like that.”

You can follow Amanda’s river adventure online at hoenesal.wixsite.com/ariveradventure.