Favorite Rural Missouri recipes from the past 25 years 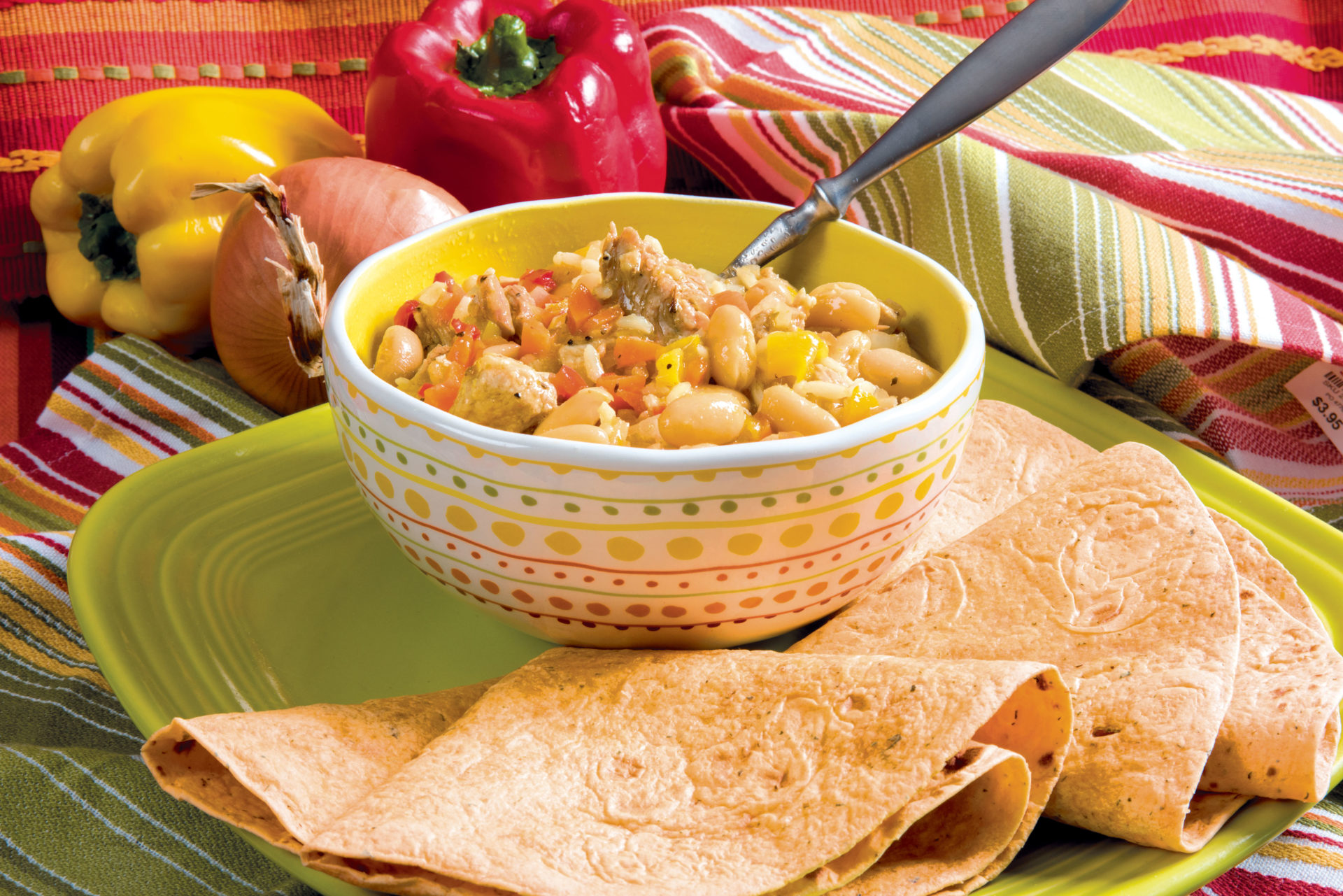 In a large pot, brown pork. Add onion, bell peppers, garlic and carrots. Cook and stir until onion softens slightly. Add remaining ingredients. Bring to a boil. Reduce heat, cover and simmer 20 to 30 minutes, or until carrots and rice are tender. Ladle into bowls. 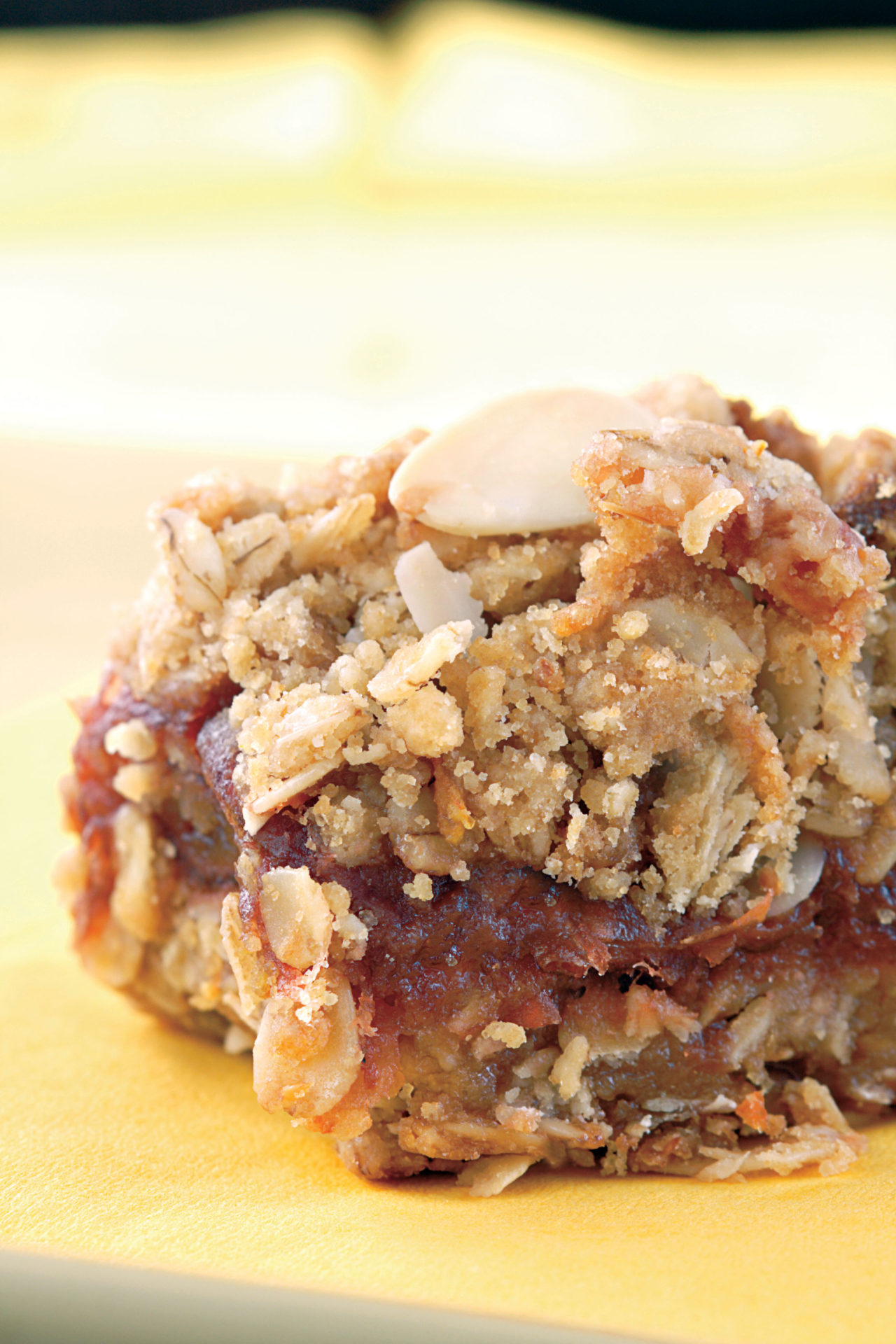 In a small saucepan, combine the dates, water and sugar.Cook and stir until mixture comes to a boil. Reduce heat; simmer, uncovered, for 5 minutes or until mixture is thickened, stirring constantly.

In a large bowl, combine the oats, flour, brown sugar, baking soda and salt. Stir in the butter and egg white until blended. Pat half of the mixture into an 8-inch-square baking pan coated with nonstick cooking spray. Carefully spread with date mixture. Gently pat remaining oat mixture over date mixture. Bake at 350 degrees for 20 to 25 minutes or until lightly browned. Cool on a wire rack and cut into bars.

Salt and pepper to taste 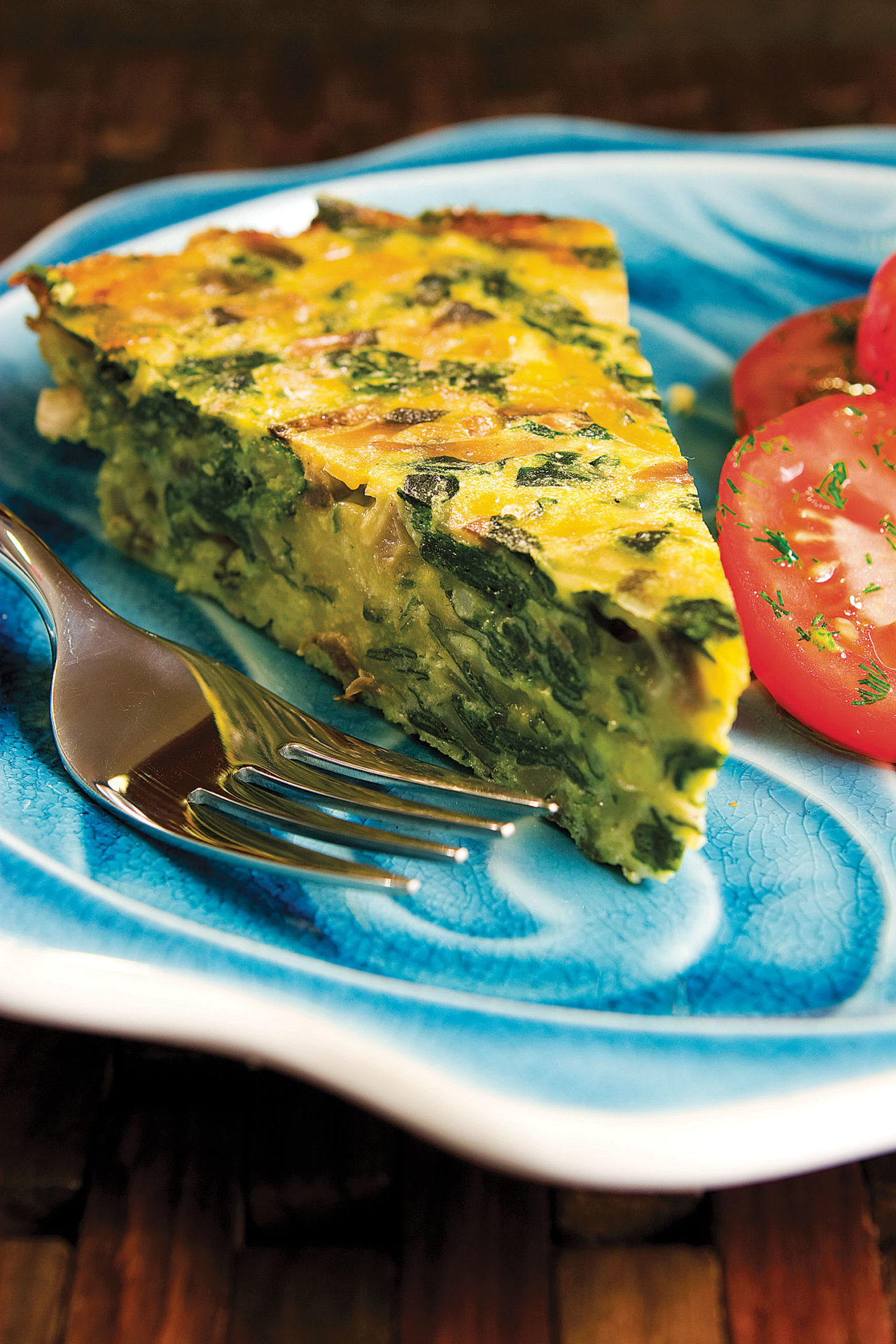 Heat oven to 375 degrees. In a medium skillet, melt butter over medium heat. Saute garlic and onion in butter until lightly browned. Stir in spinach, mushrooms, feta and 8 ounces cheddar cheese. Season to taste with salt and pepper; spoon mixture into pie crust.

In a medium bowl, whisk together eggs and milk. Season with salt and pepper. Pour into the pie crust, allowing egg mixture to thoroughly combine with spinach mixture.

Bake for 15 minutes at 375 degrees. Sprinkle top with remaining cheddar cheese and bake an additional 35 to 40 minutes until set in the center. Allow quiche to stand 10 minutes before serving. 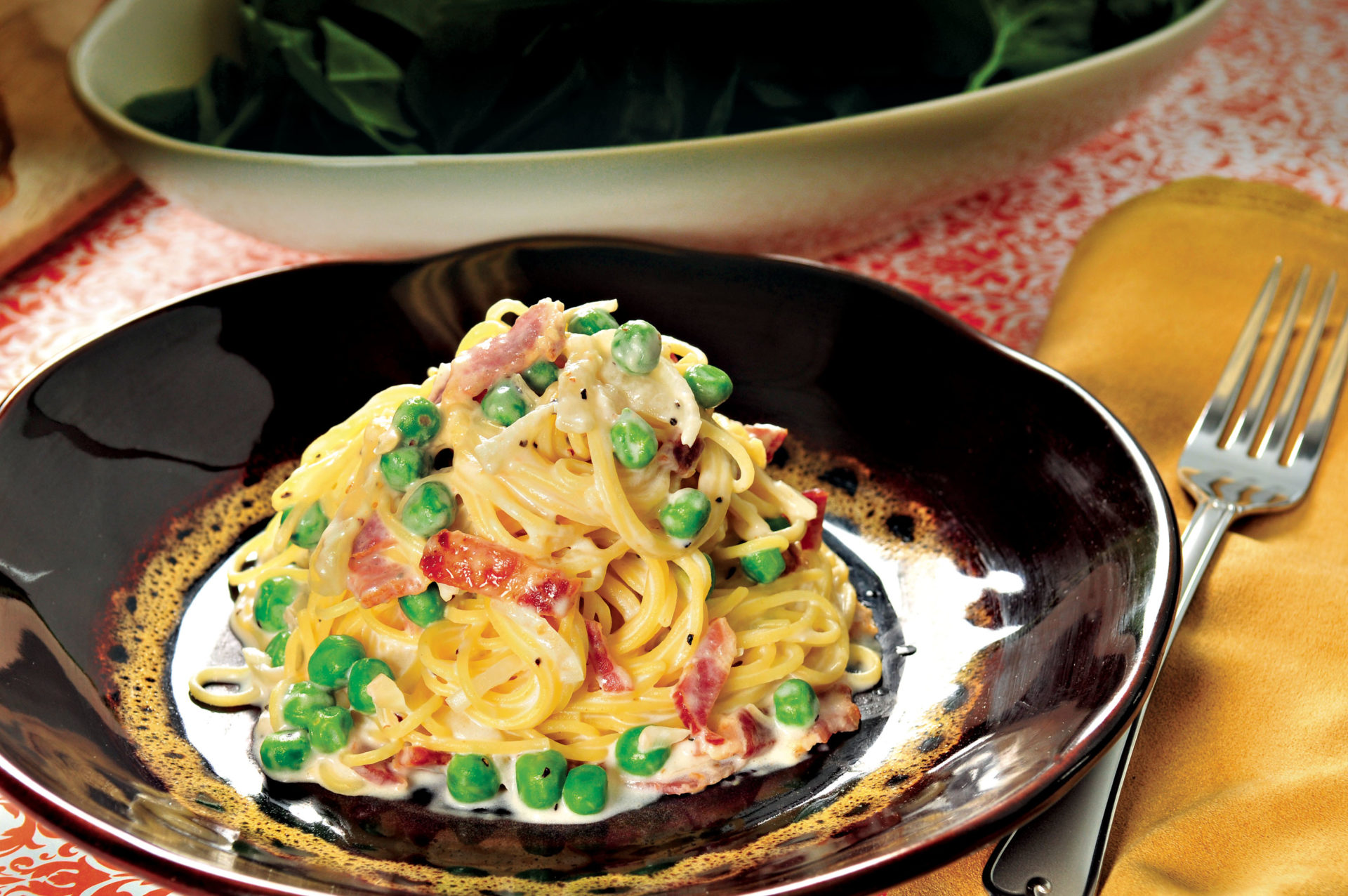 Salt and pepper, to taste

In a large skillet, cook bacon until crisp, 5 to 7 minutes. With a slotted spoon, transfer bacon to a paper-towel lined plate to drain.

Add green onions to fat in skillet. Cook, stirring, 1 to 2 minutes. Add peas and half-and-half; season with salt and pepper. Simmer until slightly thickened, 2 to 3 minutes.

Cook pasta in a large pot of boiling water according to package directions. Reserve 1/4 cup pasta water; drain pasta, and return to pot.

Pour cream sauce over pasta and toss to combine, adding reserved water a little at a time to coat. Sprinkle with bacon pieces and serve immediately. 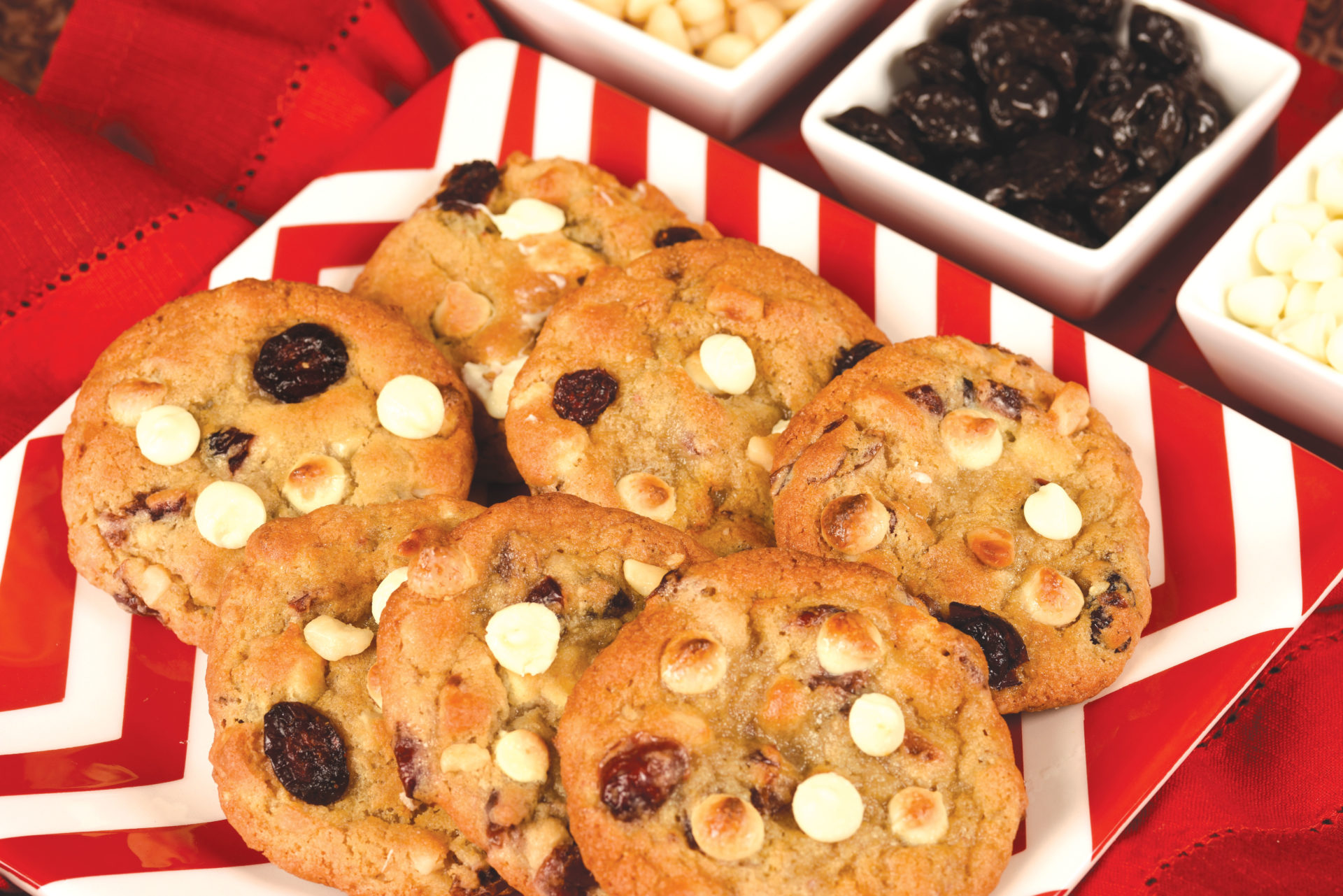 Drop heaping teaspoons of the batter onto the greased cookie sheet.

begin to turn golden brown around the edges. Allow the cookies to cool for 2 minutes on the cookie sheet before transferring them to a wire rack to cool completely. 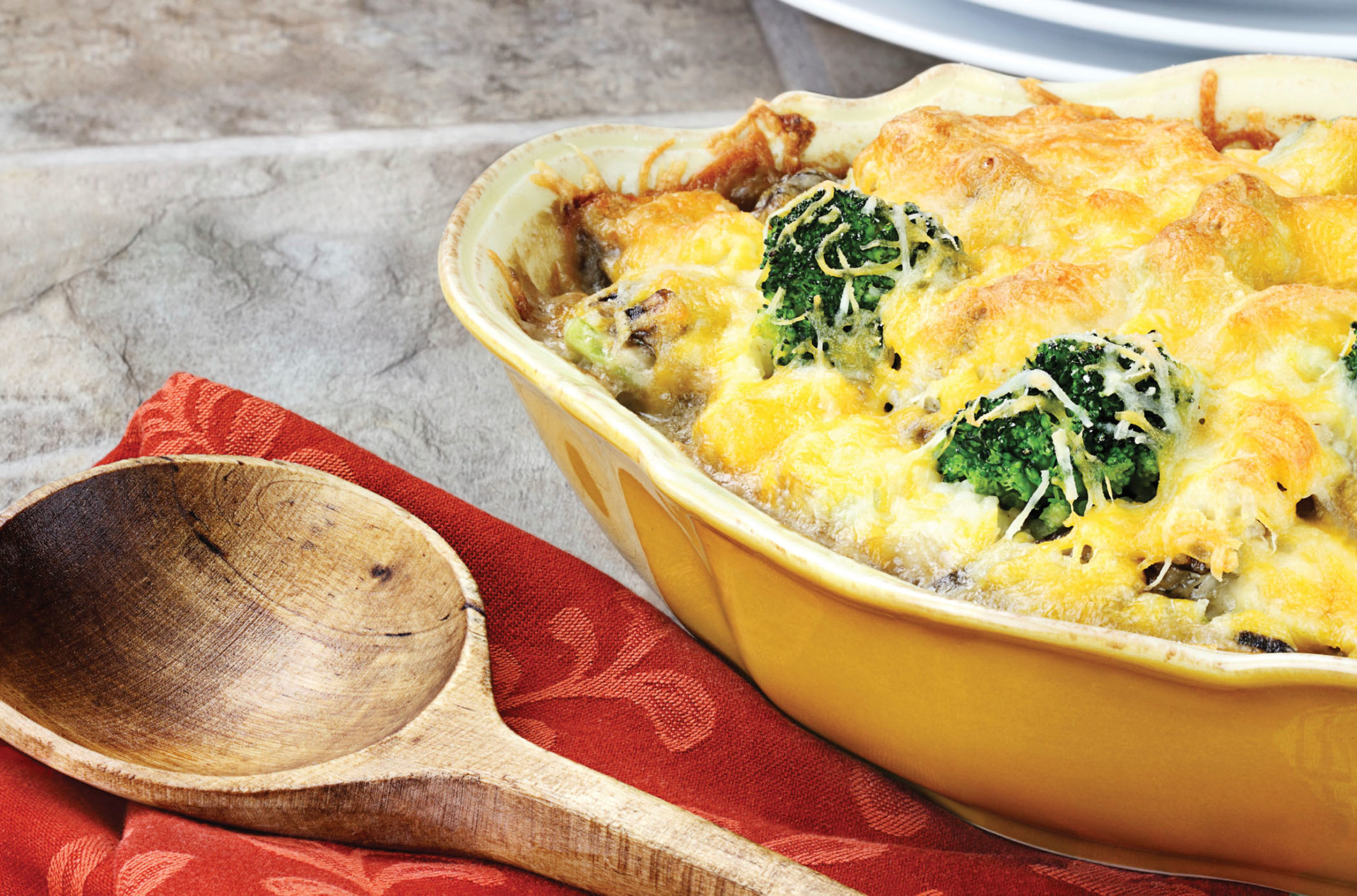 Salt and pepper to taste

Place broccoli in a steamer over 1 inch of boiling water and cover. Cook about 3 to 6 minutes until tender but firm. Drain well.

Melt butter in a medium saucepan over medium heat and add flour; cook until bubbly. Stir in onion and gradually add milk, stirring well. Bring to a boil and cook for 1 minute. Remove from heat and season with salt and pepper. Stir in cheese and eggs; mix well. Combine mixture with well-drained broccoli and transfer to a 9-by-13-inch casserole dish.

Bake for 30 minutes and serve while hot.

2 red onions, peeled and cut into similar-sized pieces to sprouts

1 medium apple, such as Gala or Golden Delicious, cored

Next, cook bacon in a skillet over medium heat until bacon begins to crisp. Pour off most of the fat, leaving enough to coat bottom of pan.

When apple is cool enough to handle, cut into pieces about the size of the Brussels sprouts halves. Add onion, apple and Brussels sprouts to skillet and cook over medium heat, stirring occasionally, until heated throughout, about 15 minutes. Serve hot. 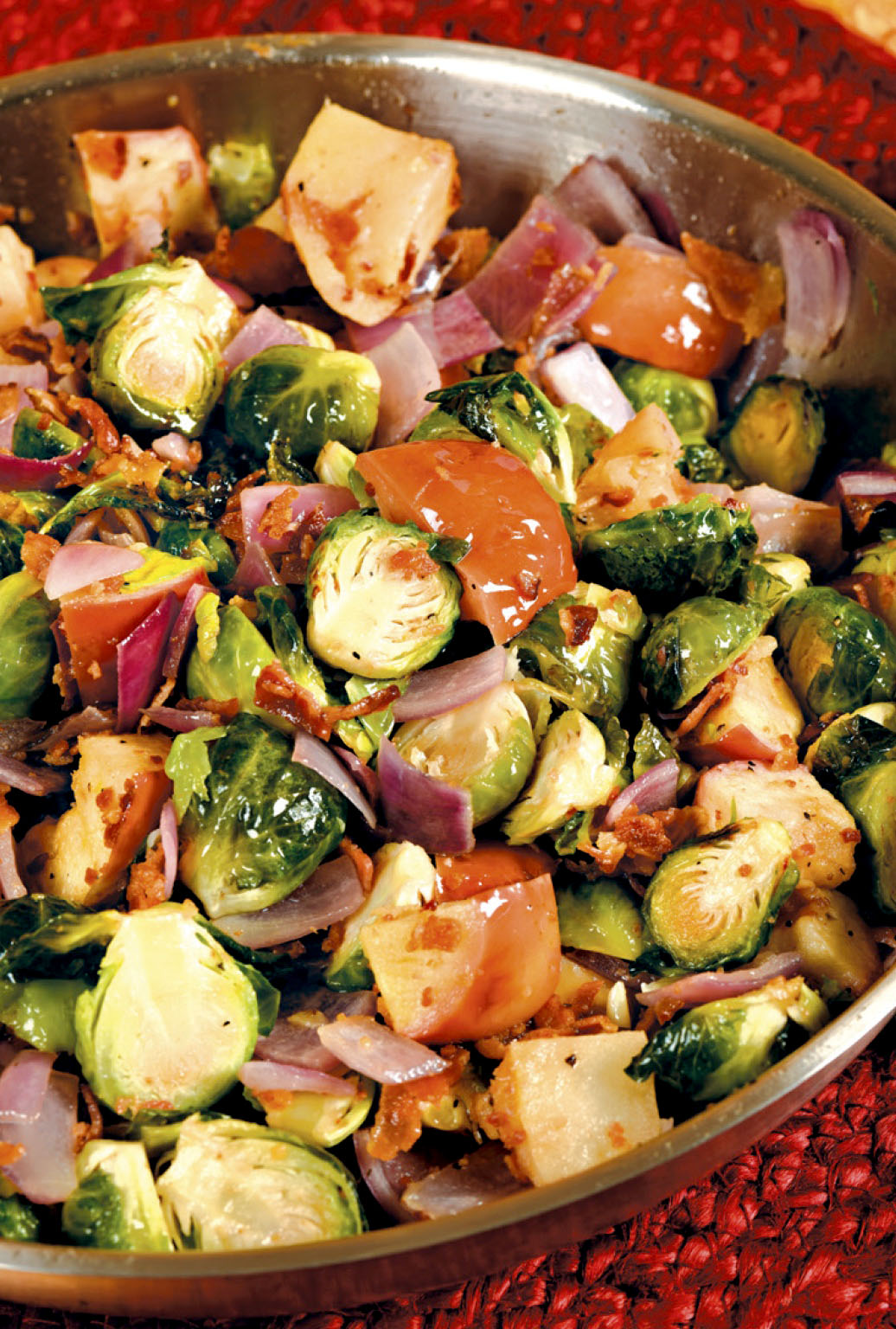