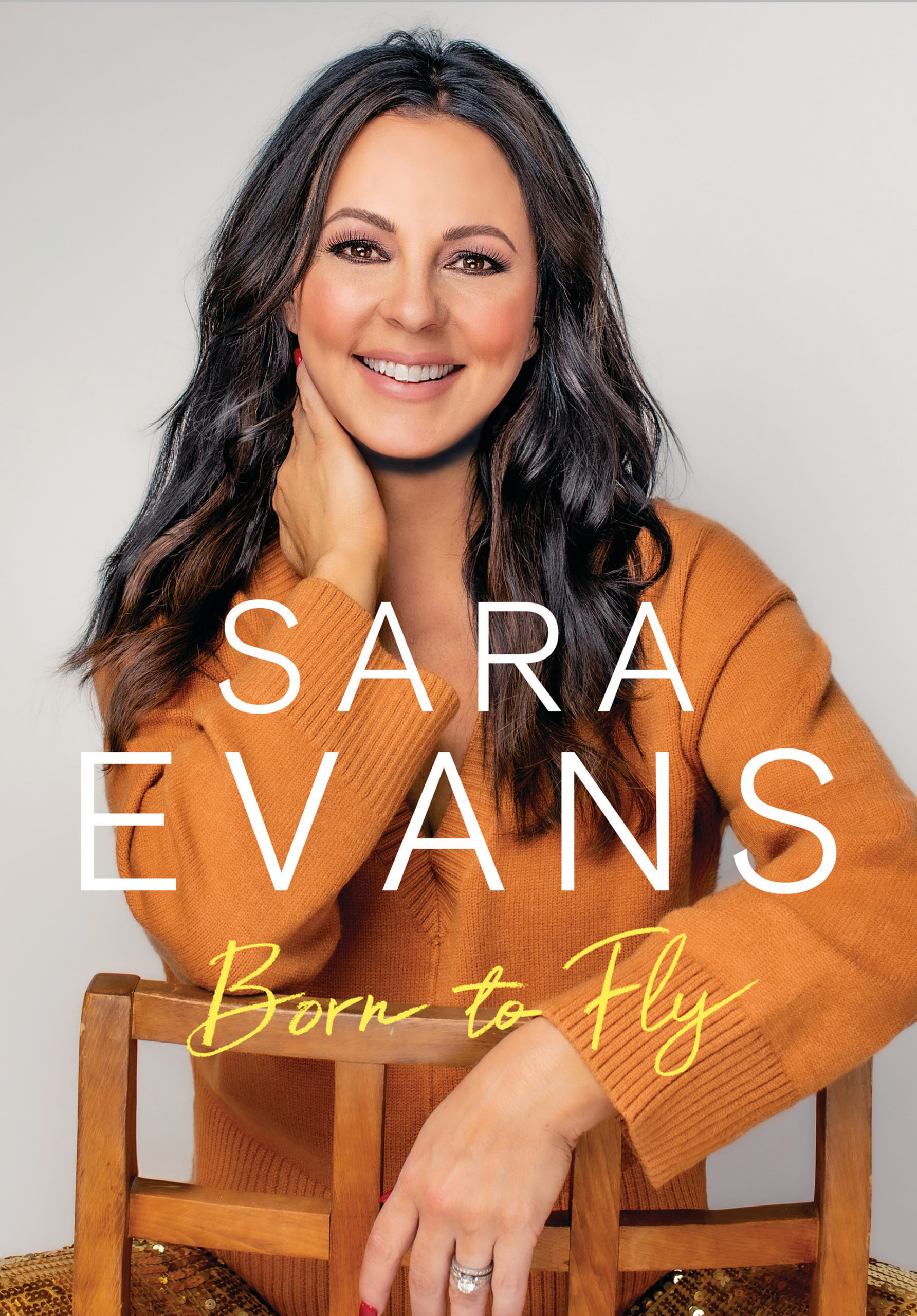 A screen door squeaks closed in the background.

You can imagine Sara Evans is taking this call with a cup of coffee while curled up on a porch swing at her Nashville home. Her warm smile carries through the phone as the easy conversation starts.

“Hey there, thanks for calling,” Sara says, as if the award-winning, multi-platinum country music star has known the caller for decades.

Hailing from New Franklin, the Missouri native doesn’t seem to let her family roots get too far away no matter where the musical road leads. “I’ve traveled the world, but I’ll always be a country girl at heart,” Sara quickly proclaims.

Her father, Jack, farmed by day and worked as a pressman at the Columbia Daily Tribune, while her mother, Patricia, drove a school bus. No matter what they were doing, the family was likely singing tunes by greats such as Patsy Cline or George Jones because music was a shared passion with their five children.

“I remember saying, ‘That little girl has a big voice and is going to make it big someday,’” recalls Dan Bryan, retired manager for Farmers’ Electric Cooperative in Chillicothe.

By the time Sara was 16, she was belting out leads with the band at Country Stampede, a former dance hall near Columbia. After graduating from New Franklin High School in 1989, Sara received a full-ride scholarship to Central Methodist University in Fayette but soon realized more school wasn’t what she wanted. In 1991, she headed to country music’s mecca, Nashville, to pursue her dream of music full time.

Years later, Sara was in studio recording a demo of Buck Owens’ “I’ve Got a Tiger by the Tail” when her music dreams began to really come true. Legendary songwriter Harlan Howard happened to hear Sara sing and compared her voice to country star Loretta Lynn.

Because of that chance meeting, the Missouri girl landed a seven-record deal with RCA Nashville. Her 1998 album, “No Place That Far,” garnered the female singer a breakthrough with a song by the same name.

Sara’s children — son, Avery, 21, and daughters, Olivia, 17, and Audrey, 15 — have always known their Mom’s bus as home away from home. “Like my family, all of my kids got the musical gene,” Sara adds proudly. “I’m constantly amazed by their talents.”

Before the pandemic hit, Avery and Olivia teamed up with their mother to release tunes as The Barker Family Band, the name reflecting the music star’s married name.

Sara says quarantine has given her more of what she loves: time with family. Since 2008, that blended family includes husband, Jay Barker — a syndicated sports radio host and former University of Alabama quarterback — and his children: Andrew, 21, Braxton, 20, and twins Harrison and Sarah Ashlee, 18.

“Avery has been with my band for the past couple of years,” she adds, noting her daughter, Olivia, currently sings backup as she pursues her own music career, and brother, Matt, plays bass and is the band’s leader.

During this time off, Sara and her daughter, Olivia, have been hosting Instagram live posts on Monday nights. “We call it Closet Chaos and it’s so much fun just hanging out. We laugh, we talk to viewers, and we just act like ourselves,” Sara says. “It’s been a great way to just chill during the crazy times these days.”

Sara also has been busy promoting her memoir, “Born to Fly.” The book, scheduled for release on Sept. 8 by Simon & Schuster’s Howard Books, covers everything from her career and marriage to faith and motherhood. Through her own words, readers will see Sara is a survivor on many levels. That honesty is probably why fans love her so much.

Music fans can buy her latest cover album which was released this past spring and spans six decades of musical styles. “Copy That” is a compilation which includes Sara’s vocal spin on hits by Patsy Cline, Little Big Town, Bee Gees, Stevie Nicks, Carole King, The Knack and more. What makes the project even sweeter for the singer? Avery, Olivia and Audrey were part of the recording process.

The 49-year-old girl from the Show Me State can definitely be proud of her musical road thus far: 7 million albums sold, including five No. 1 hits and a slew of awards. When she’s not in Nashville or on the road, Sara makes her way back home to New Franklin, to family and the root of what started her career.

“I love when I can get the family back to the farm in Missouri,” Sara says. “None of this matters without family you love backing you all the way.”