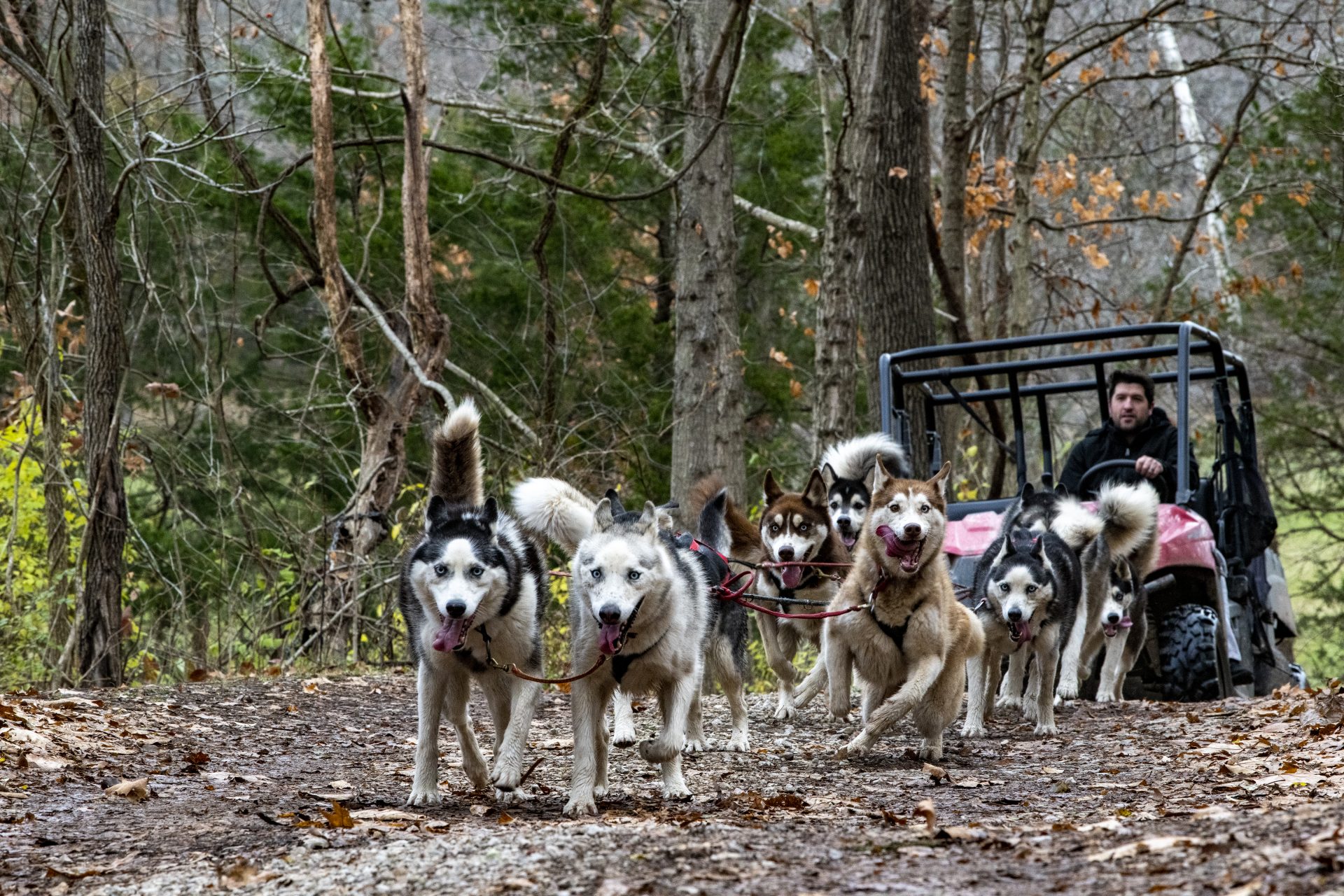 Richie Camden often gets more than a second look when he travels on the Katy Trail or near his home in Hillsboro. Sometimes cars honk at him or people snap photos. However, this attention is not necessarily focused on Richie as much as on the sled dog team that accompanies him. With the exception of one, the 15 dogs Richie owns are all rescue huskies he has reformed into a powerful sled dog team called Breakaway Siberians.

When Richie started down the trail to creating a sled dog team, he had no interest in training huskies; in fact, his original passion was cinema editing. That changed when, shortly after graduating college and moving to Missouri, Richie bought his first husky puppy, Koivu.

“I picked out my first husky, and it turned out his dad was the lead dog on a dog team,” Richie says.

Although Richie loved Koivu, he remained uninterested in sled dog racing, until something unusual happened on a walk in a park. While rollerblading to let Koivu run faster on his leash, Richie found another husky that had chewed through its leash and was wandering the park.

“I tied the two dogs together so they wouldn’t run away,” Richie says. “The other dog looked at Koivu, and Koivu looked at him, and then they just started racing. I saw what kind of fun they were having, and that was when I first thought it would be fun to start a sled dog team.”

Soon after tracking down the husky’s owner with its tracking chip, Richie enrolled in a dog trainer school. Here he discovered that many people love the idea of owning a Siberian husky, but once they realize how much maintenance the breed needs, their energetic pet is sent to a dog shelter.

“There were endless amounts of dogs and some of them would have to be put down,” Richie says. “There were huskies there, and I told myself that if I ever did start a sled dog team, I was going to adopt all of the sled dogs on my team.” 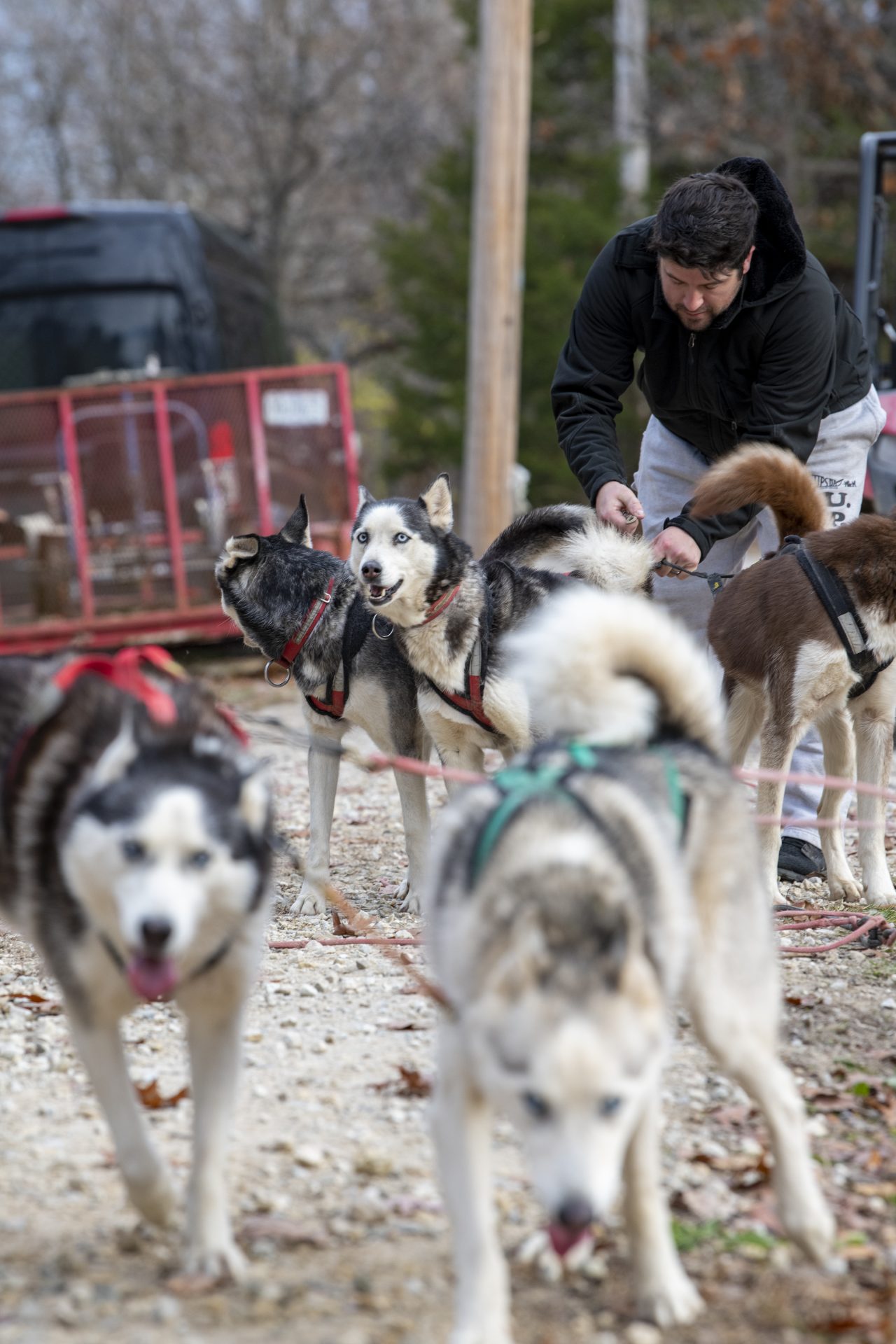 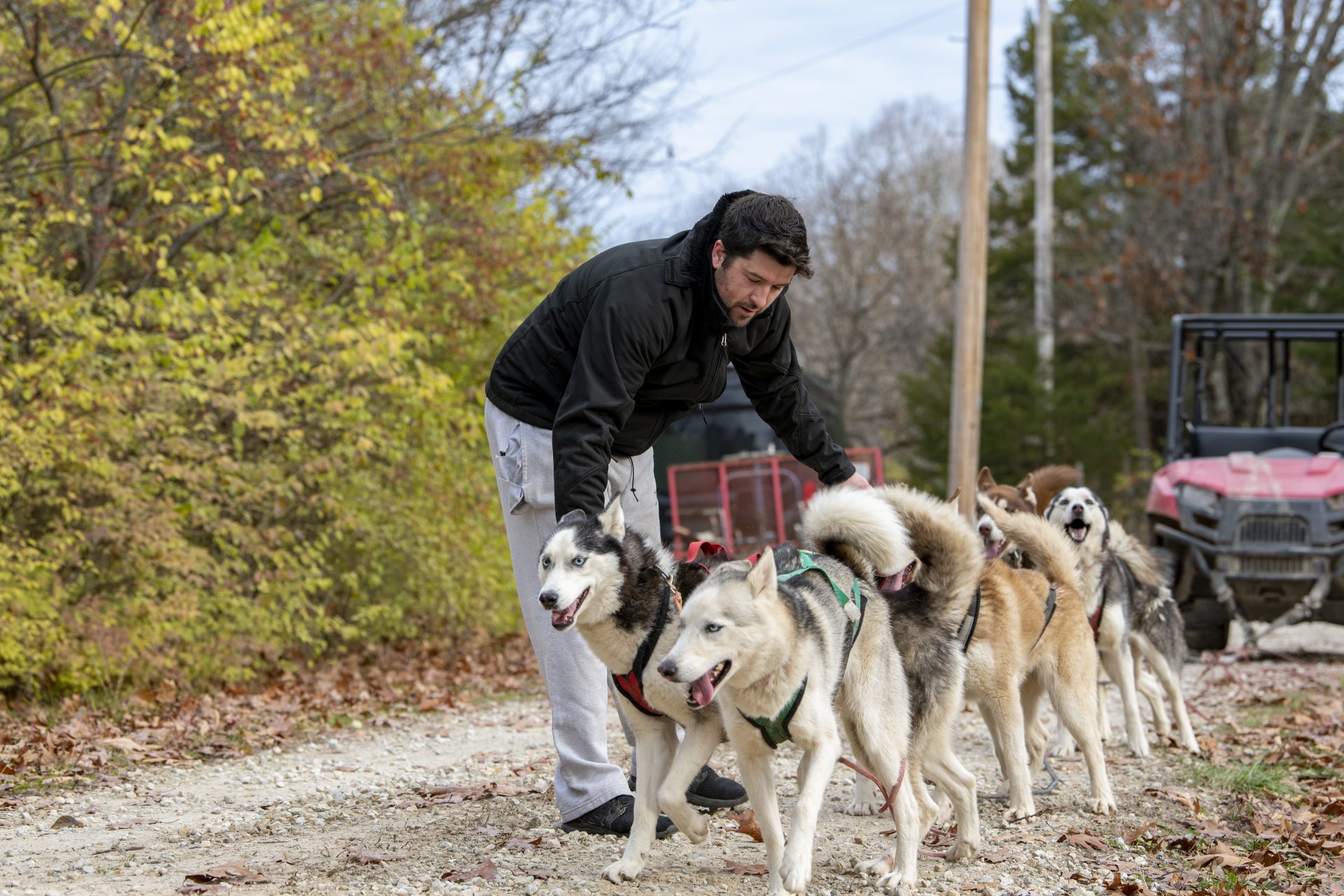 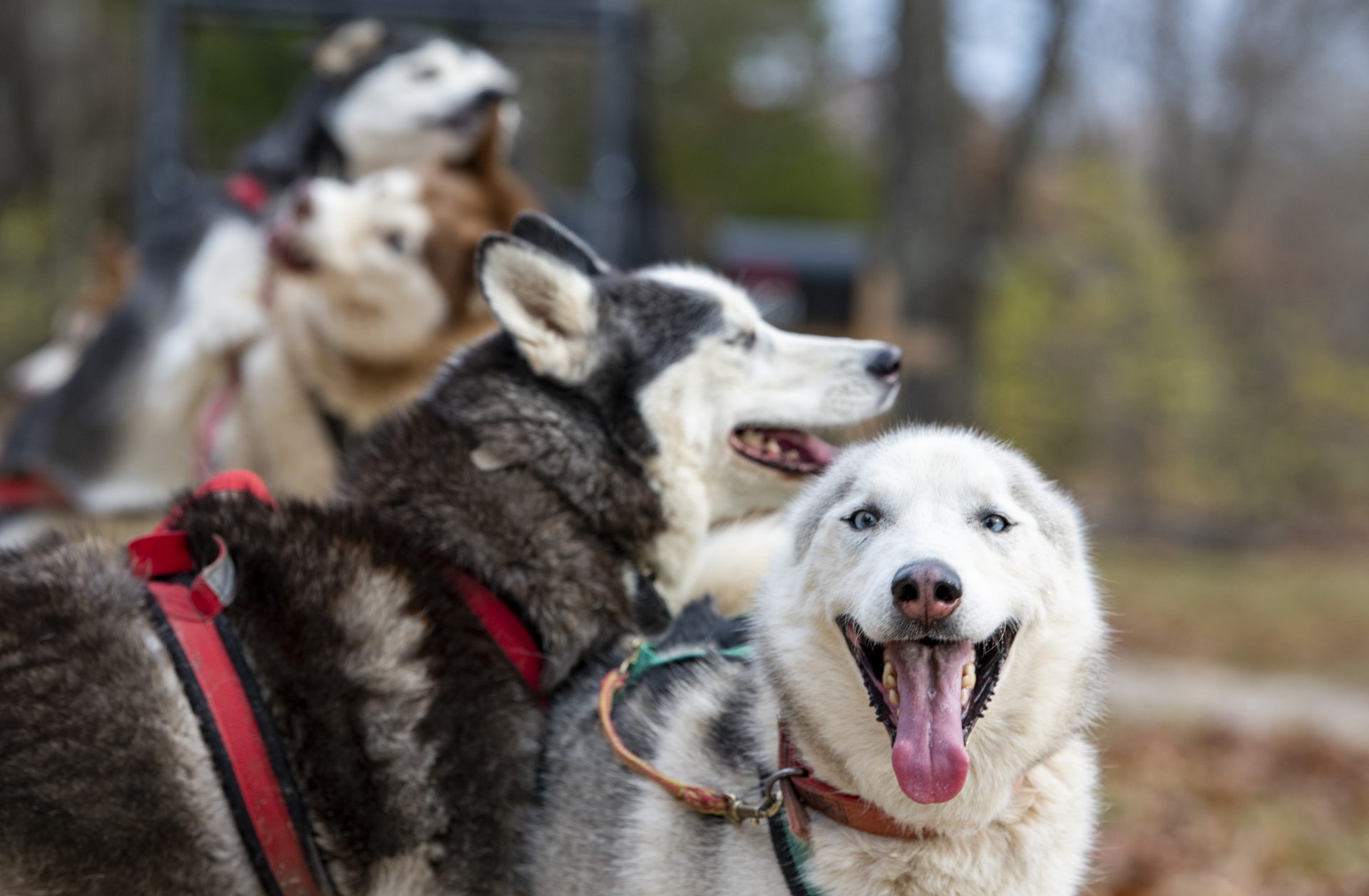 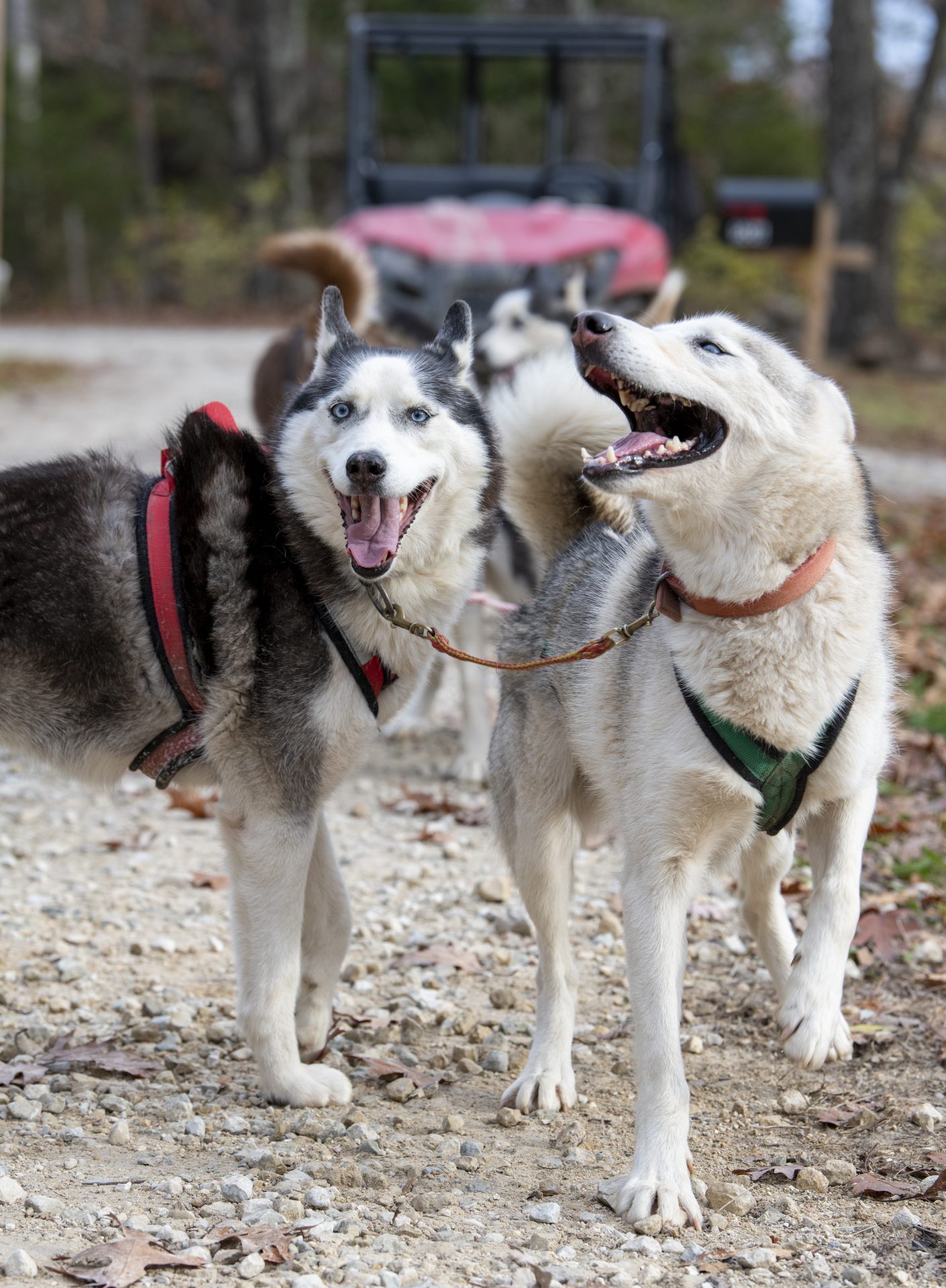 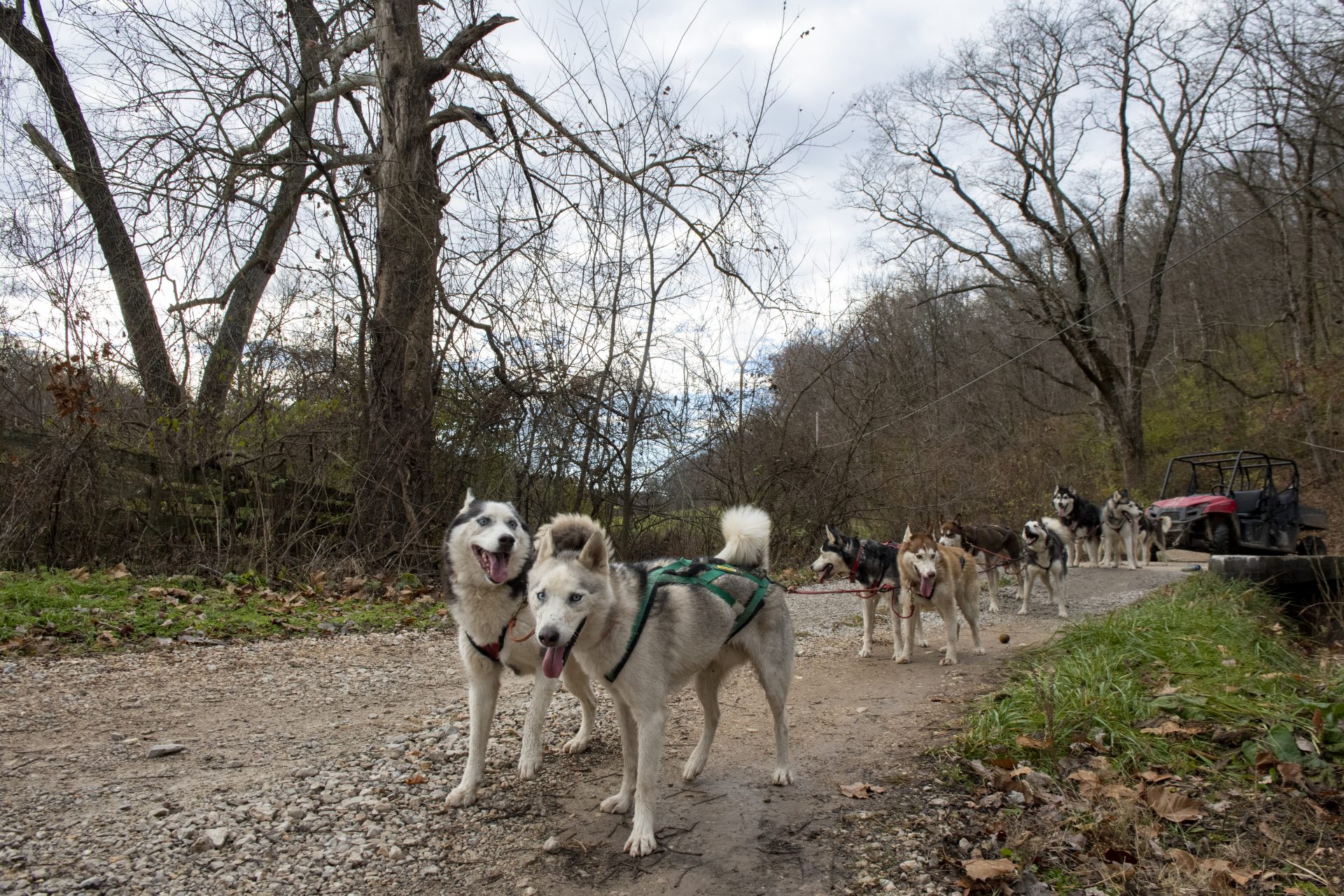 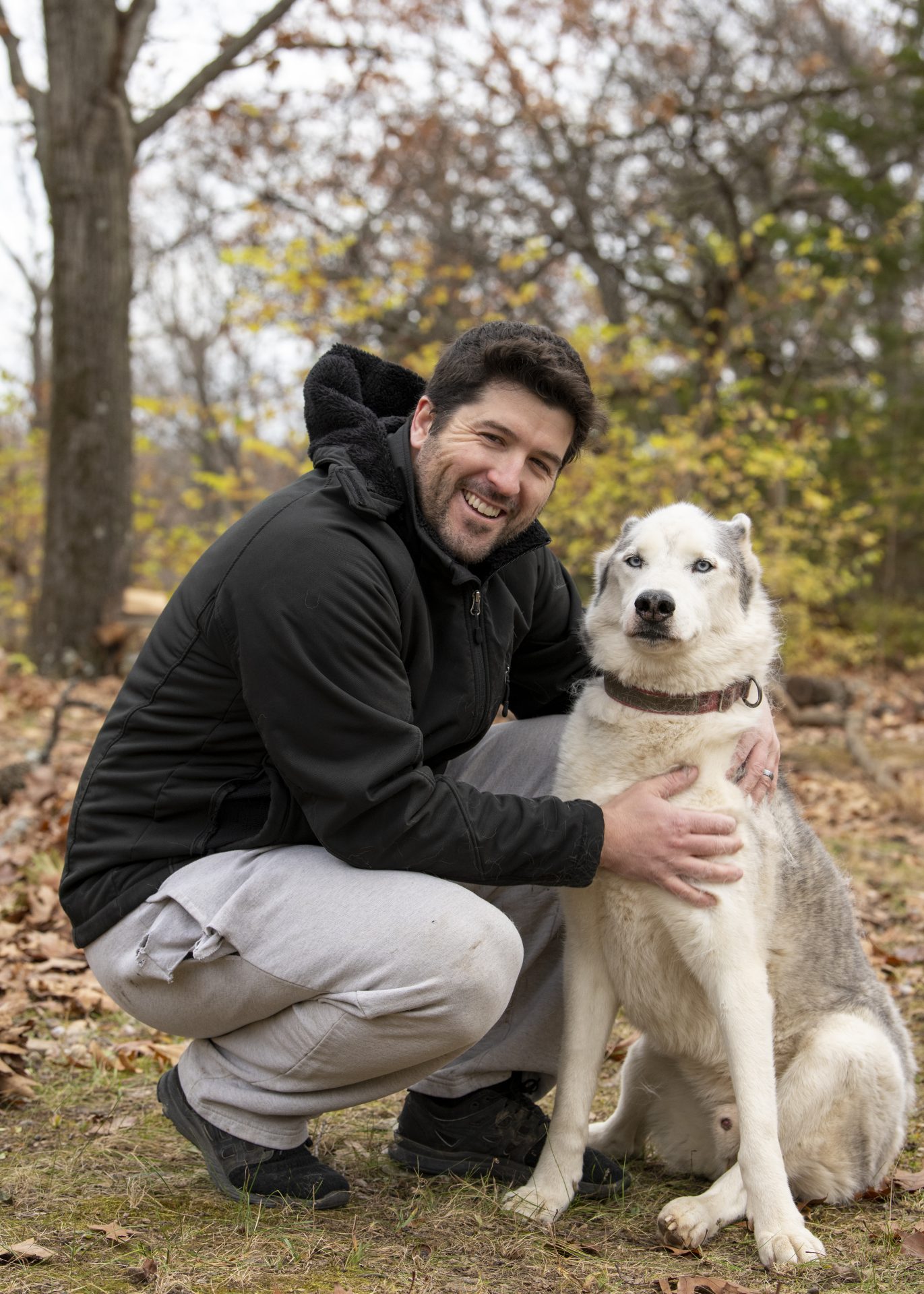 In this way, Breakaway Siberians was born. Originally named after the hockey term, the kennel’s name doubles as a symbol for huskies breaking away from their former lives. When Richie formed the Breakaway Siberians team, he called animal shelters, asking for huskies unlikely to be adopted. “High energy” and “always into trouble” were his standards for a potential sled dog. Soon he drove to Indiana for his first rescue husky, Fleury.

Richie explains that his minimal experience with huskies led to a few mistakes with his first rescue husky: “I just assumed all huskies loved to run and pull when I adopted Fleury.”

But when Richie took Fleury on a practice run, the husky had zero interest in running. Still, Richie saw something in Fleury, and unwilling to leave the husky at the shelter, brought him home.

“Once he bonded with me and we began training, as a sled dog, he developed into one of our best dogs,” Richie says. “His athletic ability is not natural, but he has a big heart and always gave his best effort whenever we went for a run.”

Richie’s second husky, Mandy, showed more promise. “When we met her, she just had this crazy confidence, and when we took her out with the team, I ended up bumping her up to lead dog,” Richie says. “It was almost like blind, dumb luck.”

Although aware that training an adult husky is hard, Richie and his wife, Leah, willingly met this challenge and worked patiently with their growing husky family.

“To try and develop a new passion with adult huskies, it really takes a lot of bonding, trust and work,” Richie says. “A puppy is like a clean sheet. You can basically mold them; they’re so easy to train into an athlete.”

Richie can spend up to two years remolding an adult husky into an athlete. But because the trainer has to learn each dog’s personality and abilities, Richie can’t be sure which position the dog will take on the sled line. Whatever position his huskies fit into, Richie must develop a trust bond with them. This trust is a safety component when the huskies run into unfamiliar territory.

“Leaders just have an extra level of confidence, almost a swagger I’d say,” Richie says. “Swing dogs, you’re looking at a dog where they’re fast, but they like to follow somebody. The wheel dogs, if they have more dogs in front of them, want to follow because all the dogs are following.”

Richie’s team began competing in recreational races in 2011 and has currently competed in 17 races. Many take place in northern states where mushers can practice practically all year long. So why is a musher living in Missouri where heavy snows barely last a week or two?

“In my head, I kind of had this two-year plan to get up north,” Richie says. “I guess what I didn’t really realize was that, while I was saving up, I was also growing the team. I started getting busier and getting clients in Missouri.”

At length, Richie decided that Missouri is the best place for his family, dog training business and team.

“I love Missouri; it’s got everything I want here,” Richie says. “The trail systems are great, and it allows me to run the dogs in different spots to keep their interest high. The dogs love it too, because they get extra attention because we’re the only ones who do this around here.”

In Missouri, the rarity of sled dog teams like Richie’s has made his family and the Breakaway Siberians somewhat of local celebrities. Often, Richie, Leah and their huskies visit schools to demonstrate the importance of teamwork to students.

Explaining an average demonstration, Richie says: “We have the students do exercises, like a human-style sled dog team and then we’ll have Fleury stand on the sled like a musher. So students get an idea of what it feels like if someone’s not pulling, and we relate it back to the classroom.

“We’re trying to get the point across that all dogs are different and all personalities are different, and that’s a strength,” Riche adds, “and they should all be treated with love.”

Though Richie’s Breakaway Siberians have been profitable and their talents put to charitable uses, his family’s motto is to keep the huskies as pets first and athletes second.

“Our goal is to make them great pets. It doesn’t matter if they’re great athletes,” Richie says. “We just want them to feel like they have a home and a family.”