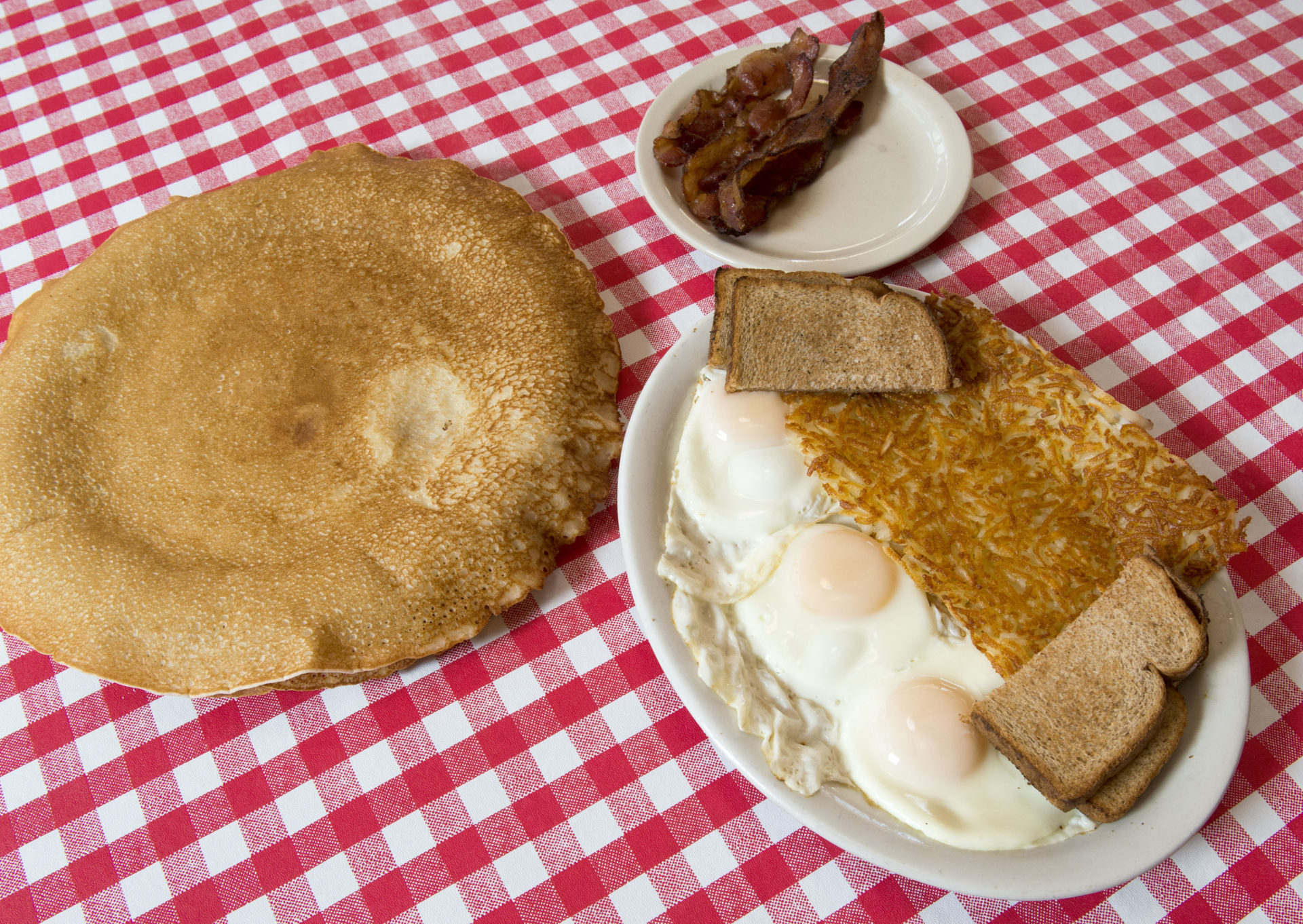 Billy Gail’s has been a Branson West institution since it first opened in 1995. A second location was recently opened in Ozark and, just like the original, is known for its plentiful portions. Looking to impress your kids? Order them one of Billy Gail’s 14-inch pancakes. Even better, they’ll dip the pancake in French toast batter and cook again making their signature French cakes. If you’re in search of a food coma, opt for Billy’s Belly Buster Breakfast or Gail’s Famous Omelet, named for Billy and Gail Blong, the original owners of Billy Gail’s.

The Kozy is known for its warm atmosphere and delicious fare just off of Interstate 55 in Bloomsdale. The restaurant shares a kitchen with The Dew Drop Inn on the other side of the building, but before 11 a.m., it’s just the mouthwatering breakfast options. In a nod to the nearby Gateway City, The Kozy features a St. Louis classic: Breakfast Slinger. A bed of hash browns is topped with a biscuit, choice of meat, eggs, shredded cheese and is smothered with chili or gravy. If you’re looking for something a little lighter, you can’t go wrong with the homemade quiche or Belgium pearl sugar waffles.

Cosmic Cafe has been a breakfast staple since it opened in downtown Warsaw in 2016. Owner Shannon Noland has created a breakfast menu featuring traditional breakfast dishes with a twist. Try the Stuffed Crepes which feature a pair of homemade crepes filled with vanilla cinnamon sweet cream and topped with your choice of strawberries, lemon blueberries or sweet cinnamon peaches and cinnamon sugar. For a hearty option, go with the steak huevos rancheros featuring a rib-eye and veggies topped with a pair of eggs and ranchero sauce served with potatoes, a crepe and guacamole.