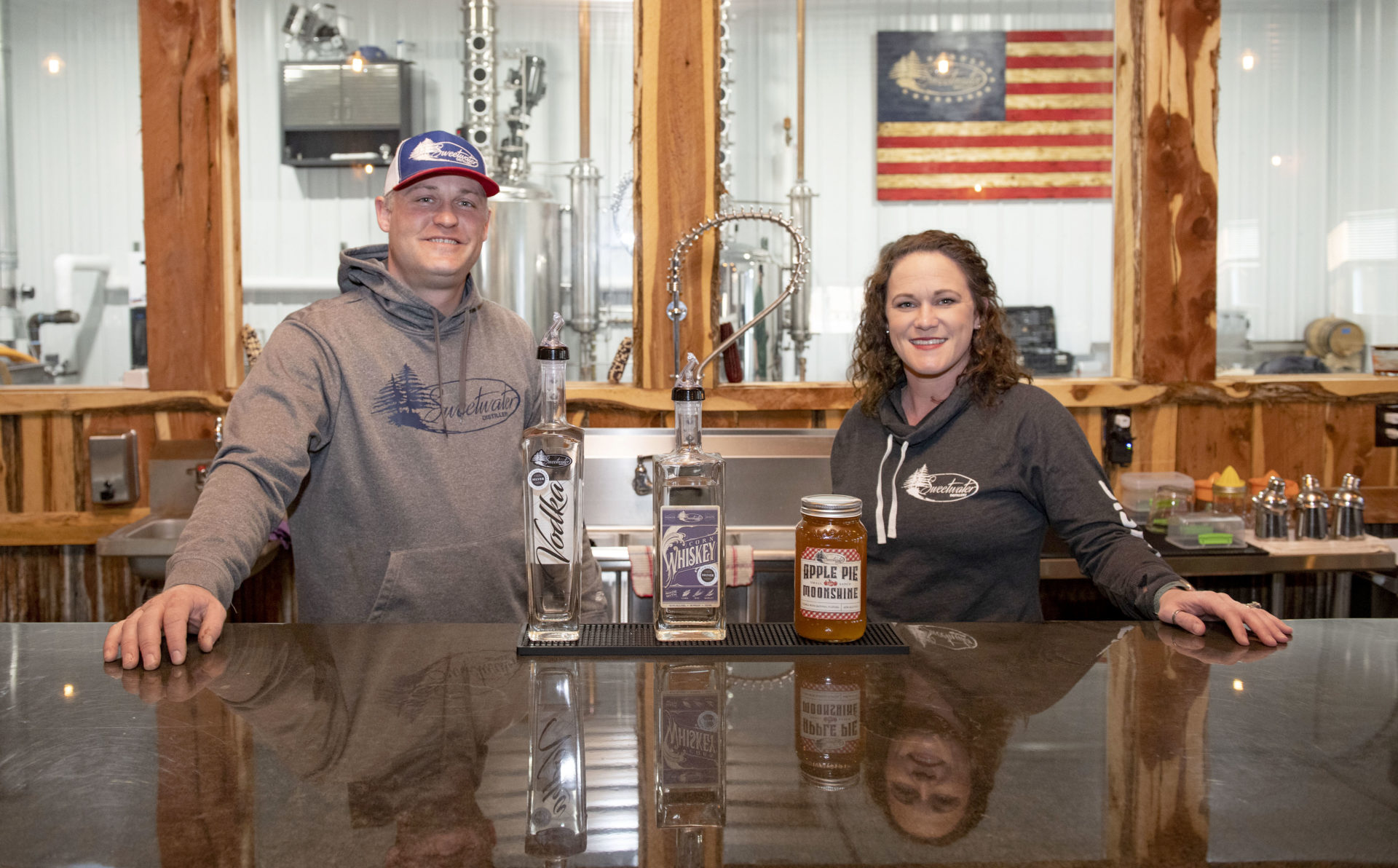 Andy and Heather Utterback started with the intention of making wine, however they traded their fruit mashes in for grain mashes and now create spirits in their craft distillery on Highway 36. They use a 1950s grinder from Heather’s family to grind the local grain which becomes their signature vodka in the stills Andy constructed. Other tasting room options include small-batch apple pie moonshine and corn whiskey.

With a mix of flagship brews and rotating seasonals, there’s plenty to choose from at Bee’s Knees. The Electric Nectar Honey Blond Ale is the brewery’s most popular pour. Other options include the Six Feet Away IPA and Hazy Hive Hefeweizen. You shouldn’t enjoy their brews on an empty stomach, so go for one of the signature pizzas or sandwiches.

Dan Tripp and Matt Fair’s collaboration began when Matt joined a Bible study led by Dan — a homebrewer and educator. Their partnership was the perfect storm. They brewed together and would gather with friends and family to share their Good News. They opened their first location in O’Fallon in 2017. For a cup full of flavor, try the Hazelnut Coffee Milk Stout. They added a second location in Defiance in 2019 with a third location opening this spring in Augusta.