On a brightly lit stage in Memphis, Missouri, a group of young actors and actresses come to grips with the fact that they are monsters. As they trod the boards they will trade blood for lettuce, hold the world’s first werewolf howl off, search for long-lost human friends and learn it’s OK to be different.

The scene is one of five summer theater camps put on in small Missouri towns — Memphis, Macon, Salisbury, Shelbina and Princeton this year — thanks to outreach from Macon’s Maples Repertory Theatre. The weeklong camps are designed to introduce small-town youth to the stage says Maples Rep Education Director Emily Long.

“Maples Rep has always wanted to have a program like this,” she says. “They’ve successfully been able to do it certain summers, where we do a performance camp in Macon. And then we take the exact same camp and do weeklong camps in different communities around central and north-central Missouri, as far away as we can get. This year has been the most prolific one. We have five camps that we’re doing.

Joined by summer interns Bailey Angel and Meghan McGehee, Emily works with local committees that organize tryouts, find a stage for the camp and work out funding. The three have been impressed by the turnout, ranging from 19 in Memphis to 40 in Macon. That’s up from the nine to 25 who turned out for last year’s camps.

The goal for the camps is to learn enough stagecraft to put on a play on the final day. In most cases the entire community turns out to see the performance.

“The town puts out the word that we’re coming, and then they all come on day one, and we audition them, give them their little parts and they start learning it,” Emily says. “And they learn the whole thing in five days.”

This year the play was “We Are Monsters,” a musical that required singing and dancing in addition to acting. That meant auditions included a little bit of howling along with working up the courage to get up on stage and sing.

“This group in particular has been braver than others,” Emily says of the Memphis troupe, who ranged in age from 9 to 18. “There’s something in the water in Memphis. They are not scaredy-cats at all. In fact, on audition day we asked them if they’re OK singing a solo, and I think we had one that was like, ‘No, thank you.’ But everyone else was like, ‘Yeah, give me a solo. I want a solo.’ Part of the magic of theater is getting them on the stage and teaching them to be confident in themselves.”

Once parts are assigned, the kids break up into groups comprised of werewolves, vampires and humans. “This show is really nice,” Bailey says. “Because there are three different groups. So we individually choreographed for each of those groups, and we took them separately so that we could all work at the same time.”

The actors rehearsed their songs, practiced their moves and took home scripts to learn their lines. All of the songs were uploaded to YouTube, a big help for the fledgling soloists. By Thursday the entire play is rehearsed and any rough spots smoothed out before Friday’s big night.

As the camps unfold, the trio of directors always see a lot of growth. Shy kids find their voice. Boys learn that singing can be cool. Friendships are made and more than one of the young actors and actresses finds the self-confidence to continue in theater. It’s an opportunity not all small-town kids have access to. 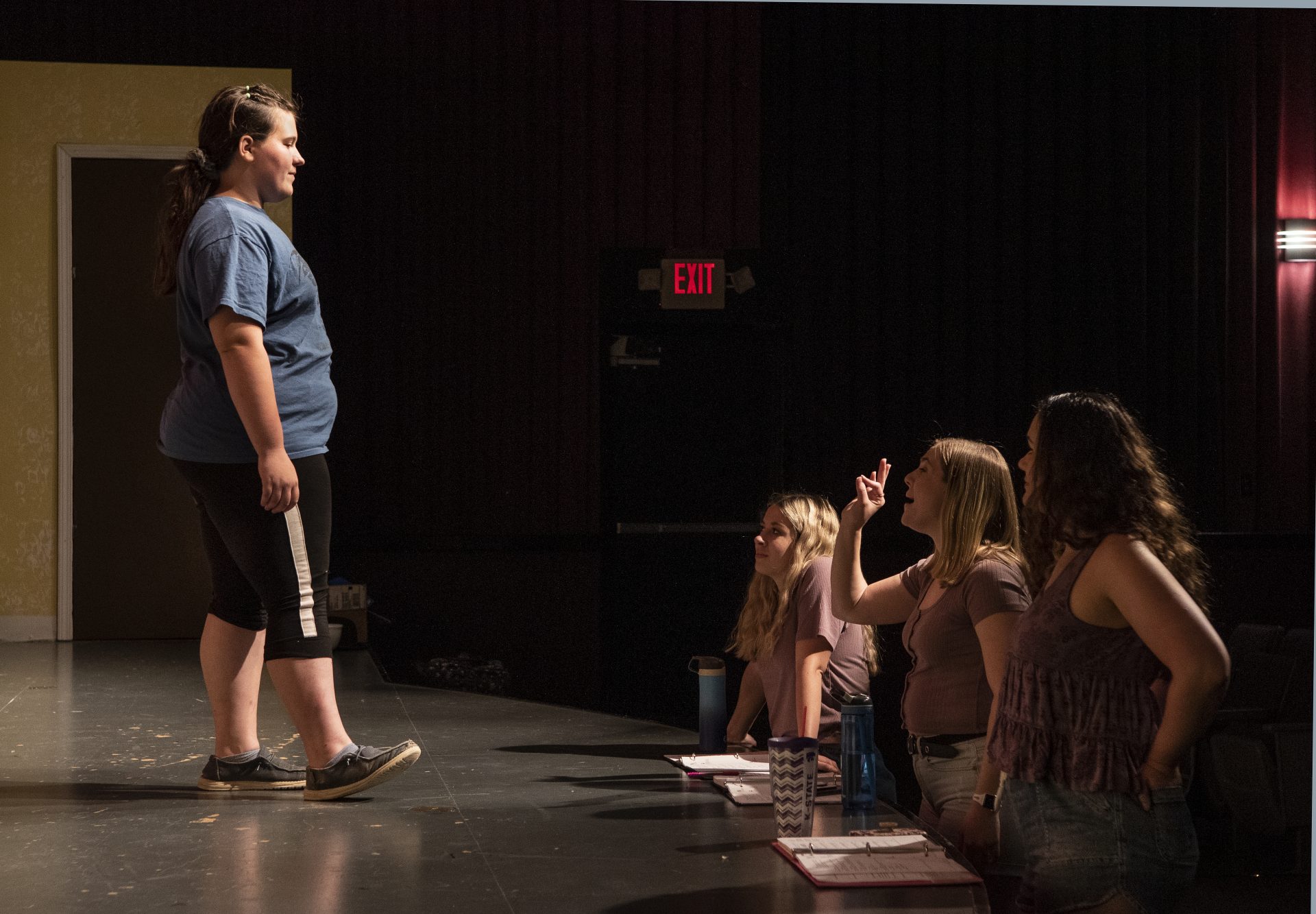 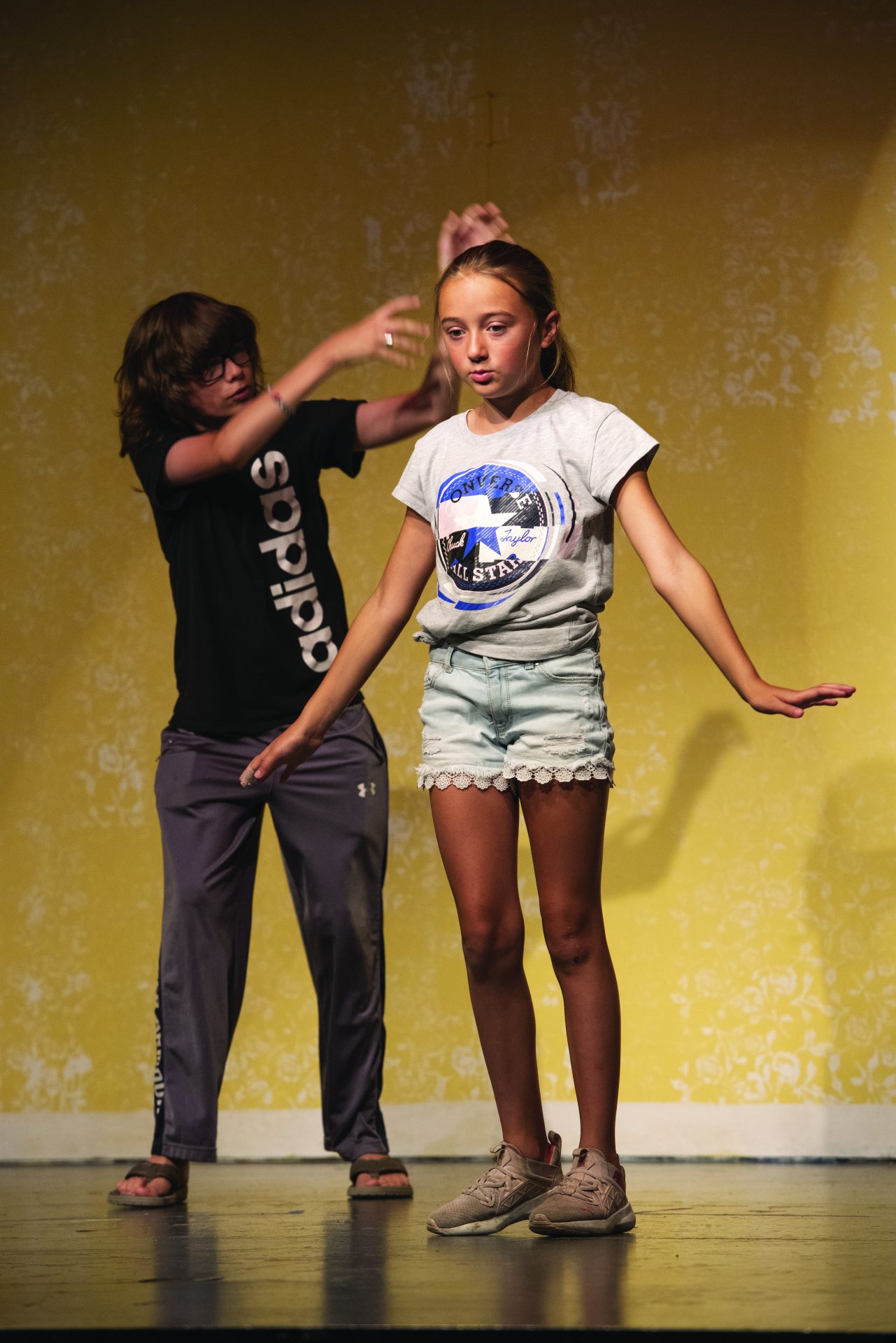 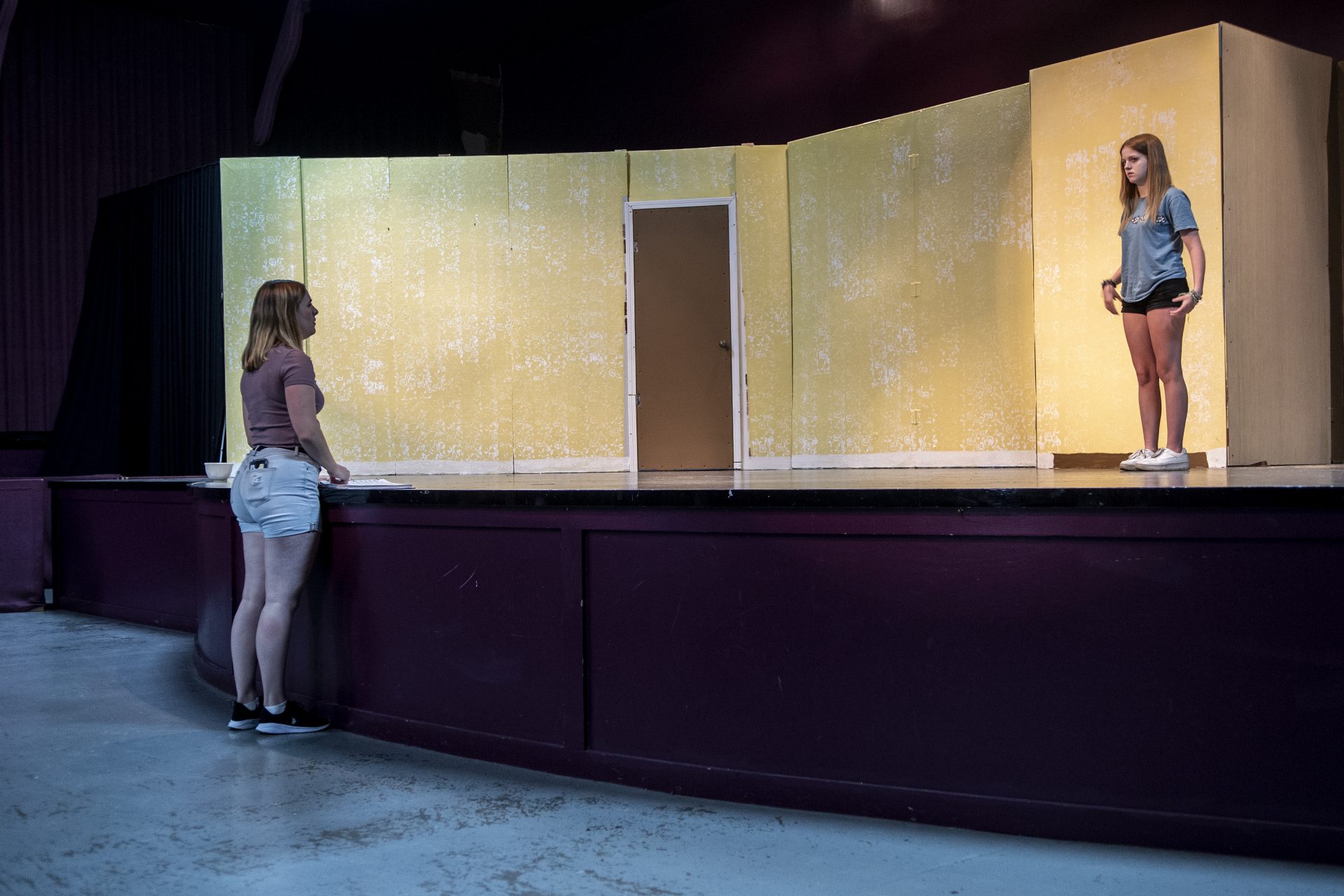 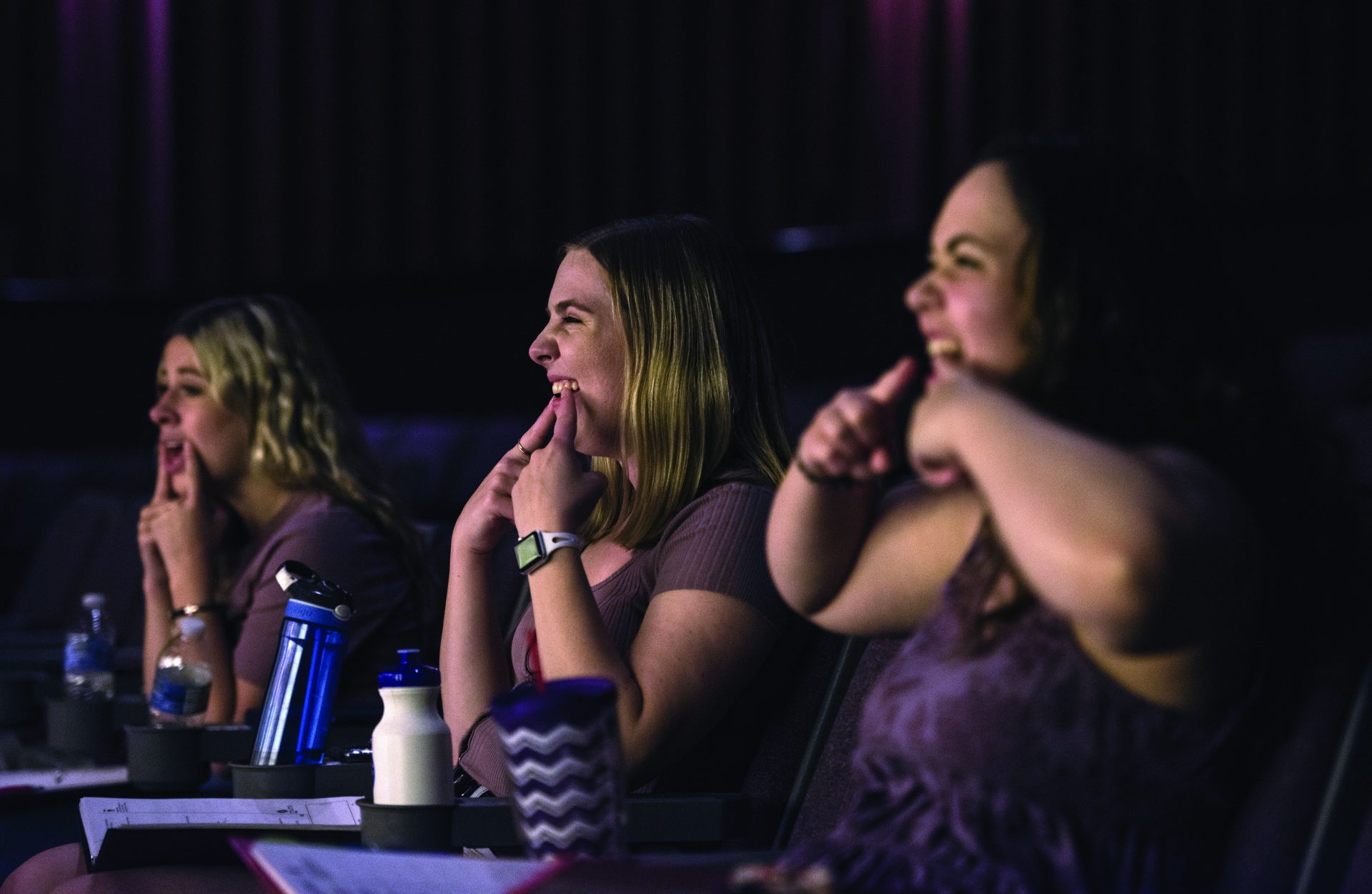 “We are lucky enough to have Maples Rep in Macon,” Emily relates. “But small communities like this one, they actually were telling us that the fine arts programs have been cut. So for us to be able to come and give it to them for a week is really, really rewarding. This is maybe it for the year for them. To be able to help provide arts to kids who don’t have the opportunity is what makes it worth it for me.”

Besides the off-site camps, Maples Rep has other programs to help rural youth learn to appreciate the arts through its Maples Youth Center Stage. The theater offers performance camps at its home in Royal Theatre. The season started with a two-week teen camp where Shakespeare’s “A Midsummer Night’s Dream” was performed. Kid’s Jam offers games and storytelling for kids ages 3 to 5. Skills camps provide more advanced theatrical lessons including creating characters.

Besides the lessons, there are special Theatre for Youth and Families plays performed by the professional actors. There also are combined performances where aspiring actors and actresses get to act alongside the professionals while being mentored.

“The beauty of it is it’s just a week,” Emily says of the summer camps she helps bring to Main Streets around the state. “I mean, a week is a really great starting point. And then you might realize that you really, really love it. That’s part of the beauty of our camps. They really are just one week to give it a try. And, you know, if you’re like, that wasn’t for me, you don’t ever have to do it again. But if you realize that it’s something you love, then it’s a new passion.” 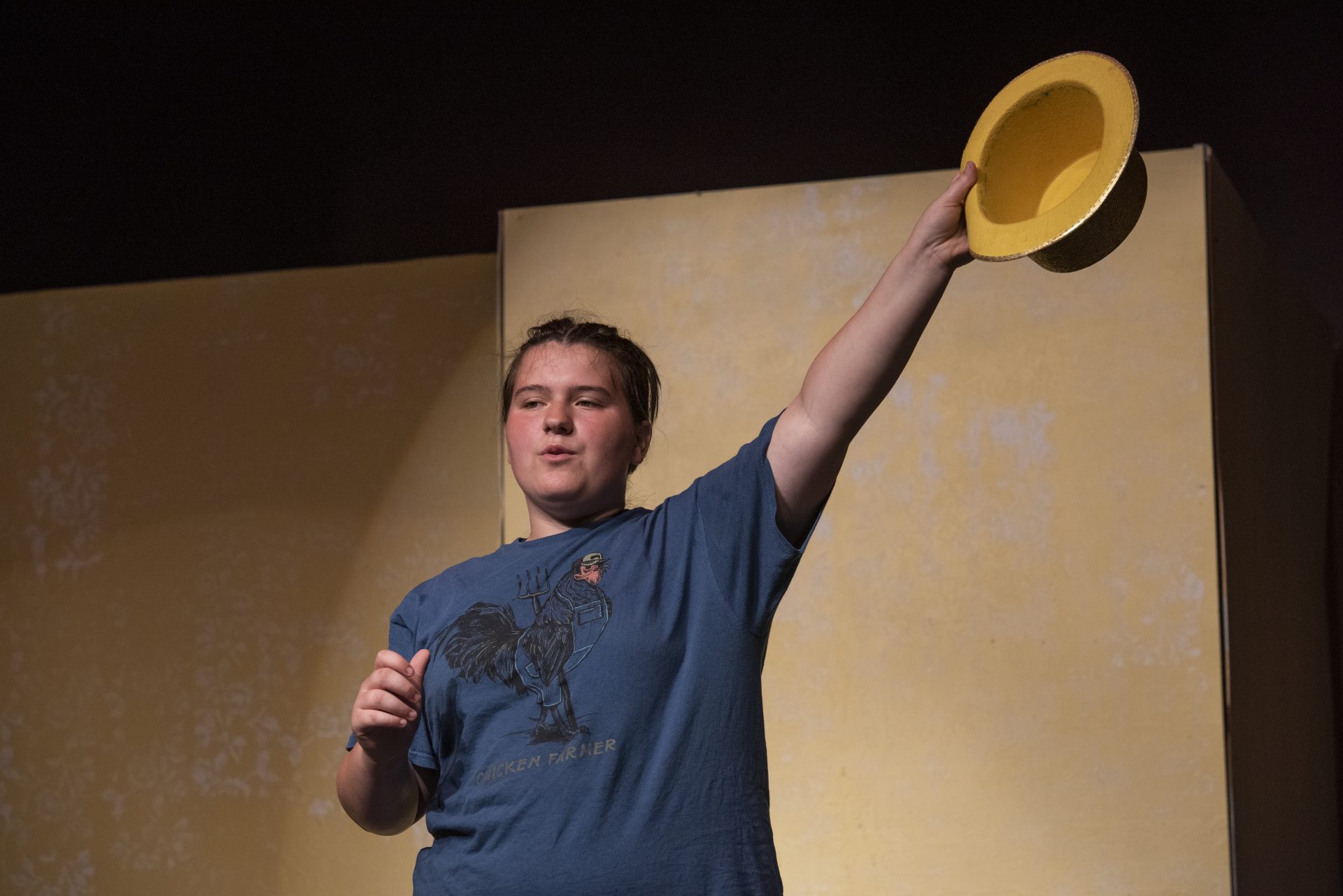 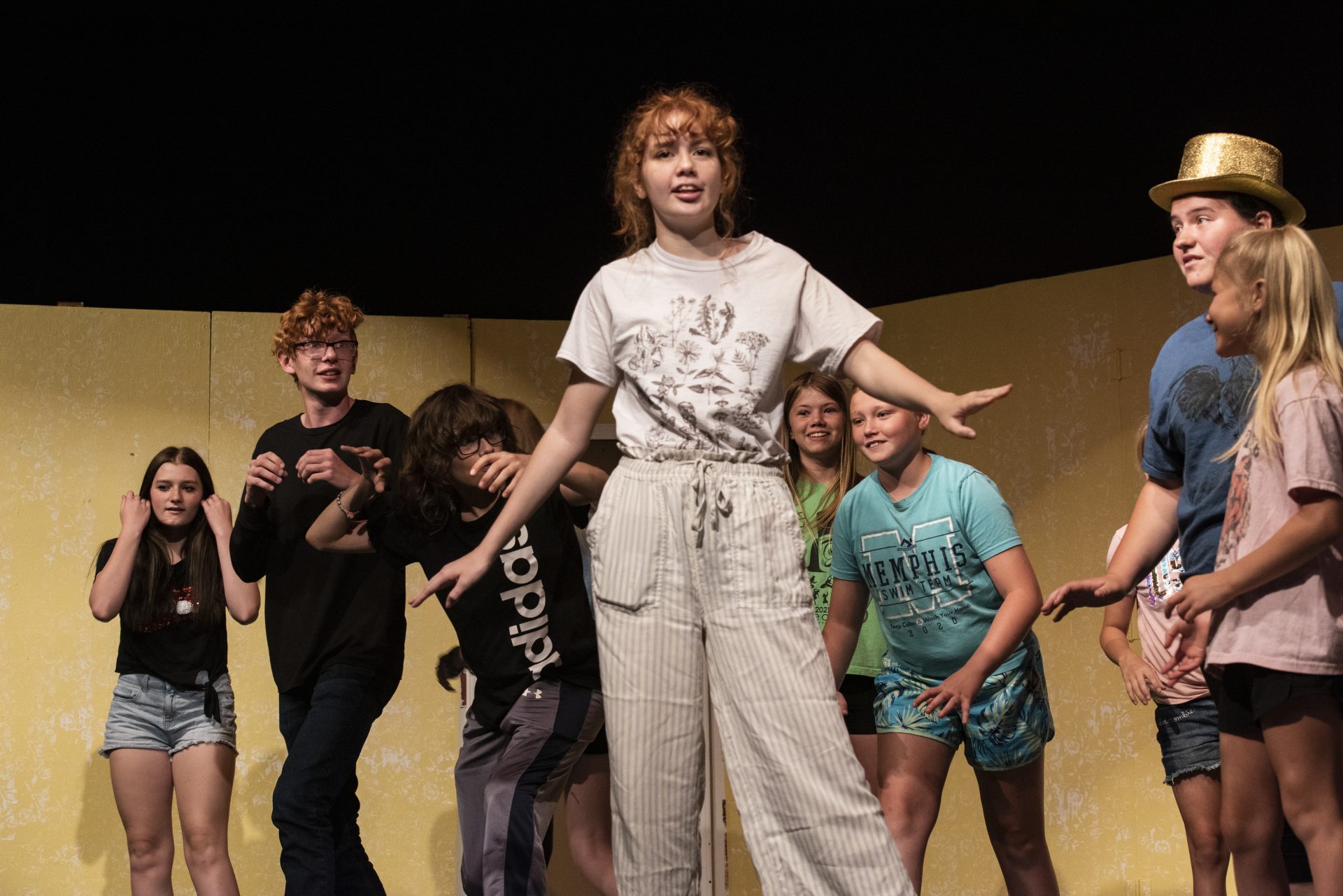 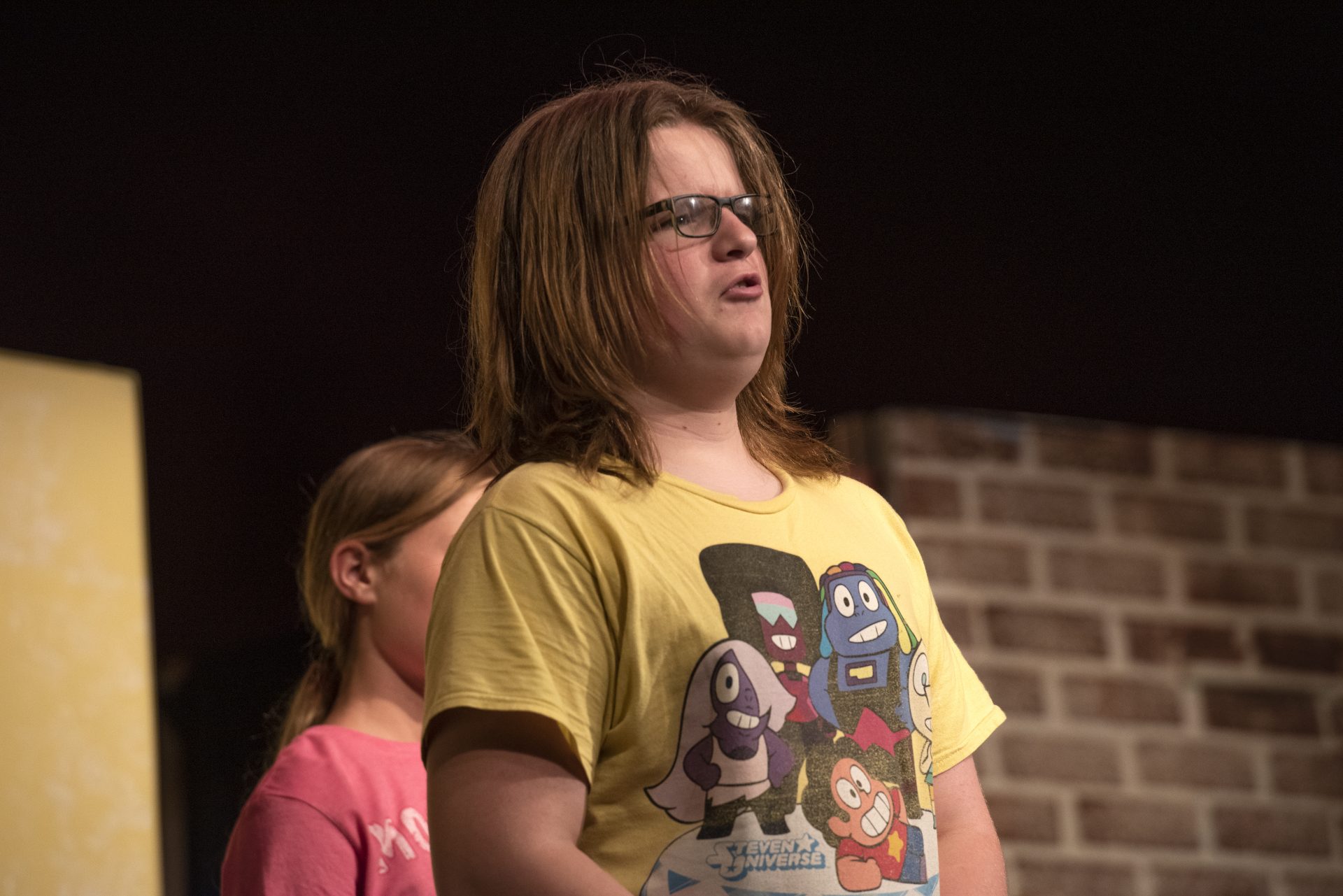 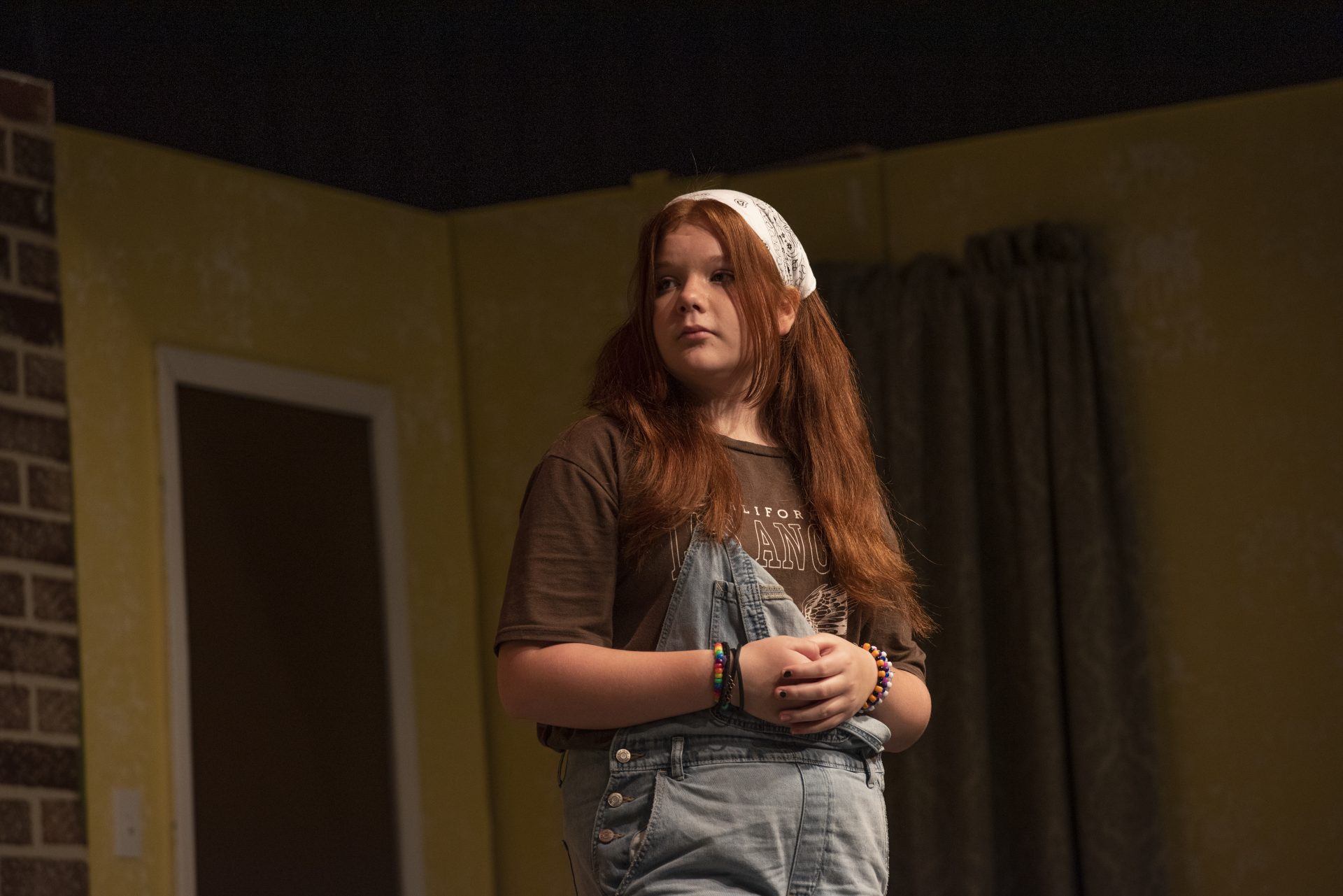 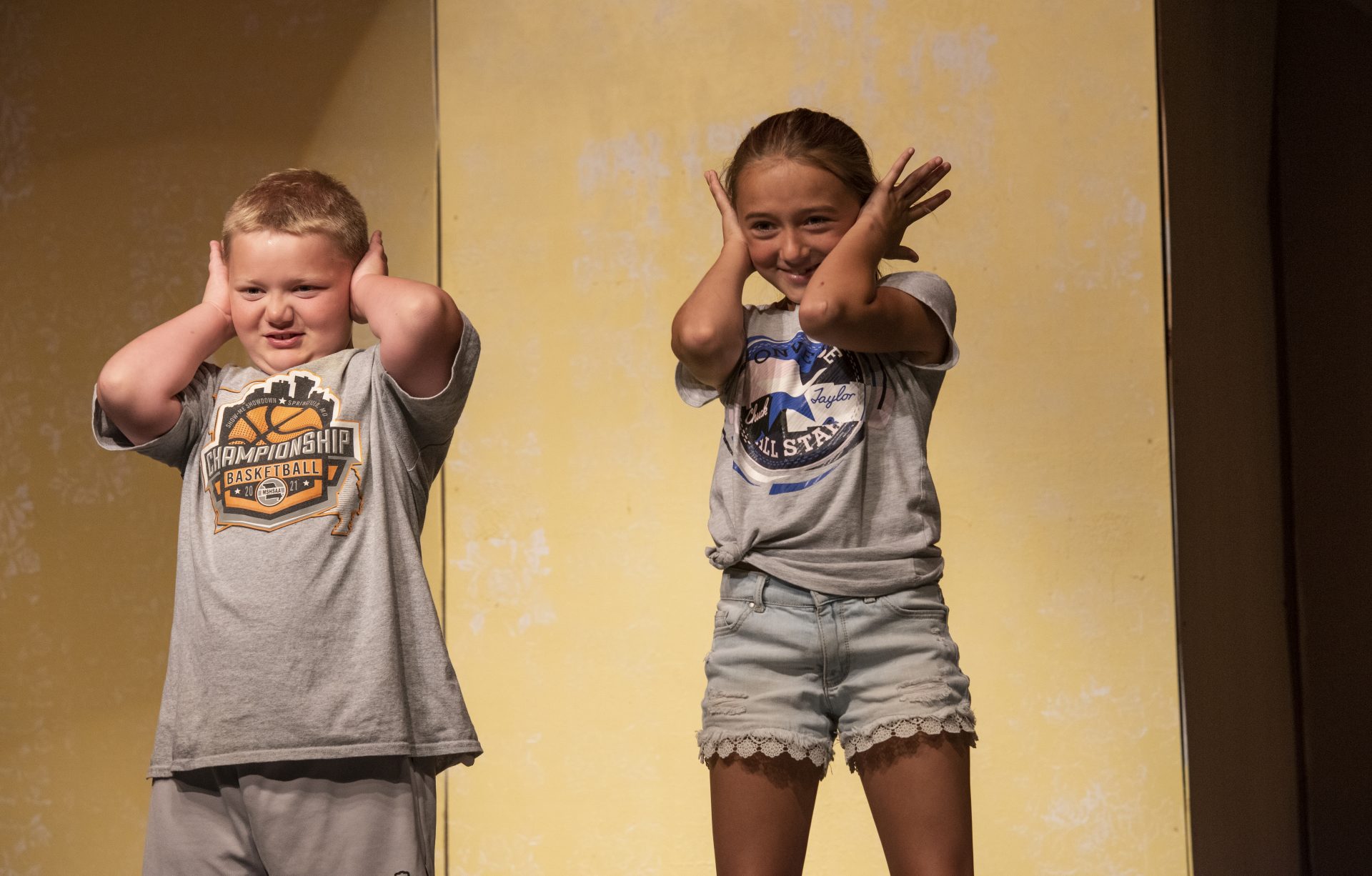 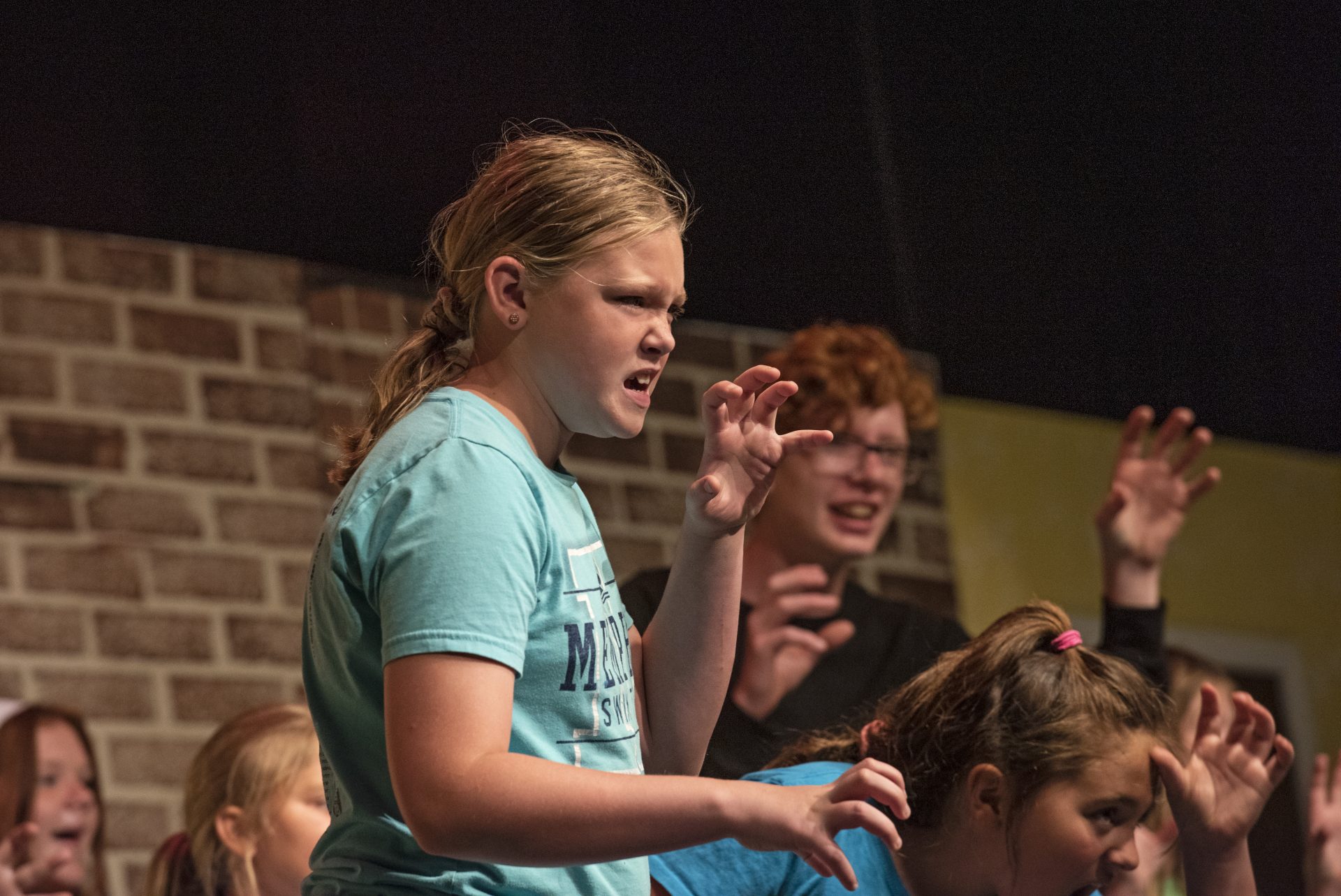 Macon’s Maples Repertory Theatre got its start in 2004 thanks to the vision of its director, Todd Davison. As a youngster, Todd attended movies at what was then called Macon Theater. He grew to love the stately building that opened in 1889 as the Jobson Opera House.

Todd purchased the crumbling building in the 1990s and started a massive effort to restore it to its former glory. Now known by its third name, the Royal Theatre, there’s not a bad seat in the house.

By 2003 the project was far enough along that Todd began assembling a cast that was willing to travel long distances and work for little pay for his first show.

That production, “The Fantastiks,” was the first of many for the professional theatre. Since that time the props have become more extravagant, the choreography more complex and the acting better with each season.

Today the main stage shows run from June to mid-December. There are six plays, along with two cabarets where each member of the company gets to perform their favorite contemporary or classic show.

The 2022 season shows remaining include: