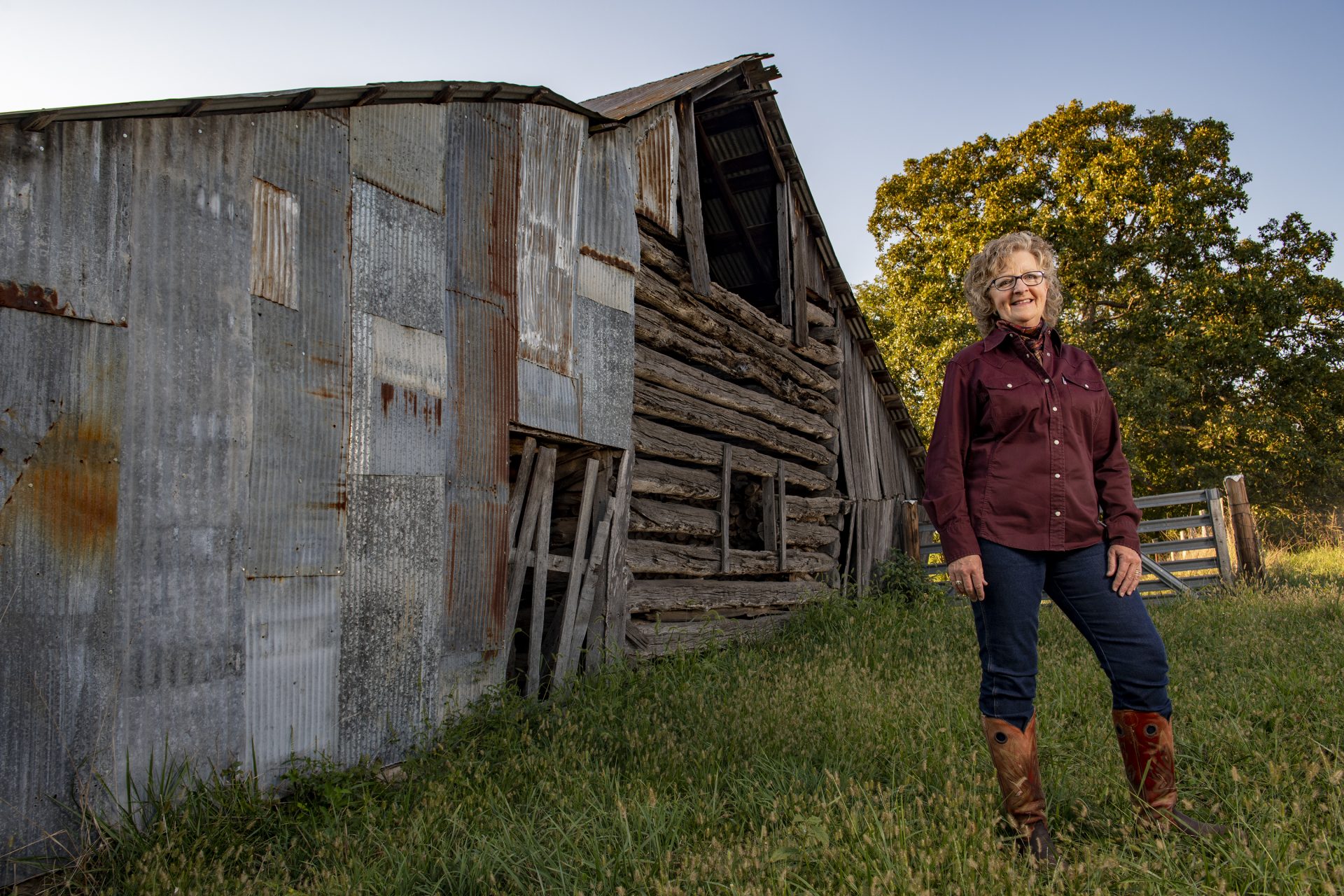 Travel the back roads of Missouri and you’re sure to spot the right barn at the right time. It might be just around the bend as the first snowfall of the year swirls around the eaves, or atop the next hill framed by a glowing harvest moon. Or it could be found as it has been on most days of many years, silently overlooking the cropland and pasture and standing as a symbol of that old saying: “The more things change, the more they remain the same.”

Born and raised on a farm in Maries County, Jayne Williams knows these local symbols well and she knows why they capture the eyes and imaginations of those who are struck by their rural beauty.

“I think people have so many memories in barns when they were kids because that was the gathering spot on their farm,” Jayne says. “I’ve often heard my dad talk about how the barn was the first thing built because they made their living out of it. If barns could talk, what stories they would tell.”

As the Maries County tax collector, Jayne was not only familiar with the area’s barns but also followed the University of Missouri Extension’s Century Farm listings. Putting these facts together, she realized a fair number of her county neighbors had barns that were not only still in the family 100 years later, but in many cases still being used.

“It mesmerized me they were still square,” the Intercounty Electric Cooperative member recalls. “The cobblestone foundations were in good shape, and they’re still standing proud and tall.”

Traveling the countryside, she knew that wasn’t the case for every old barn. Some lose a long battle to the elements and neglect, still standing but sagging and long abandoned. Jayne wanted to document those that she found in better condition and share them with her fellow Maries Countians so that they could always be remembered as they once were. Inspired by Howard Marshall’s book, “Barns of Missouri: Storehouses of History,” she decided to photograph the best of the old barns she came across and put together a calendar.

“I know a lot of people may not use calendars anymore, but some people do. It’s something just about everybody might have hanging in their kitchen,” Jayne says of her chosen publishing format. She adds that she includes the owners’ names, the year the barn was constructed and, if it’s a Century Farm, when it was registered. “It puts a little more history on it than if I was framing it for the wall.” 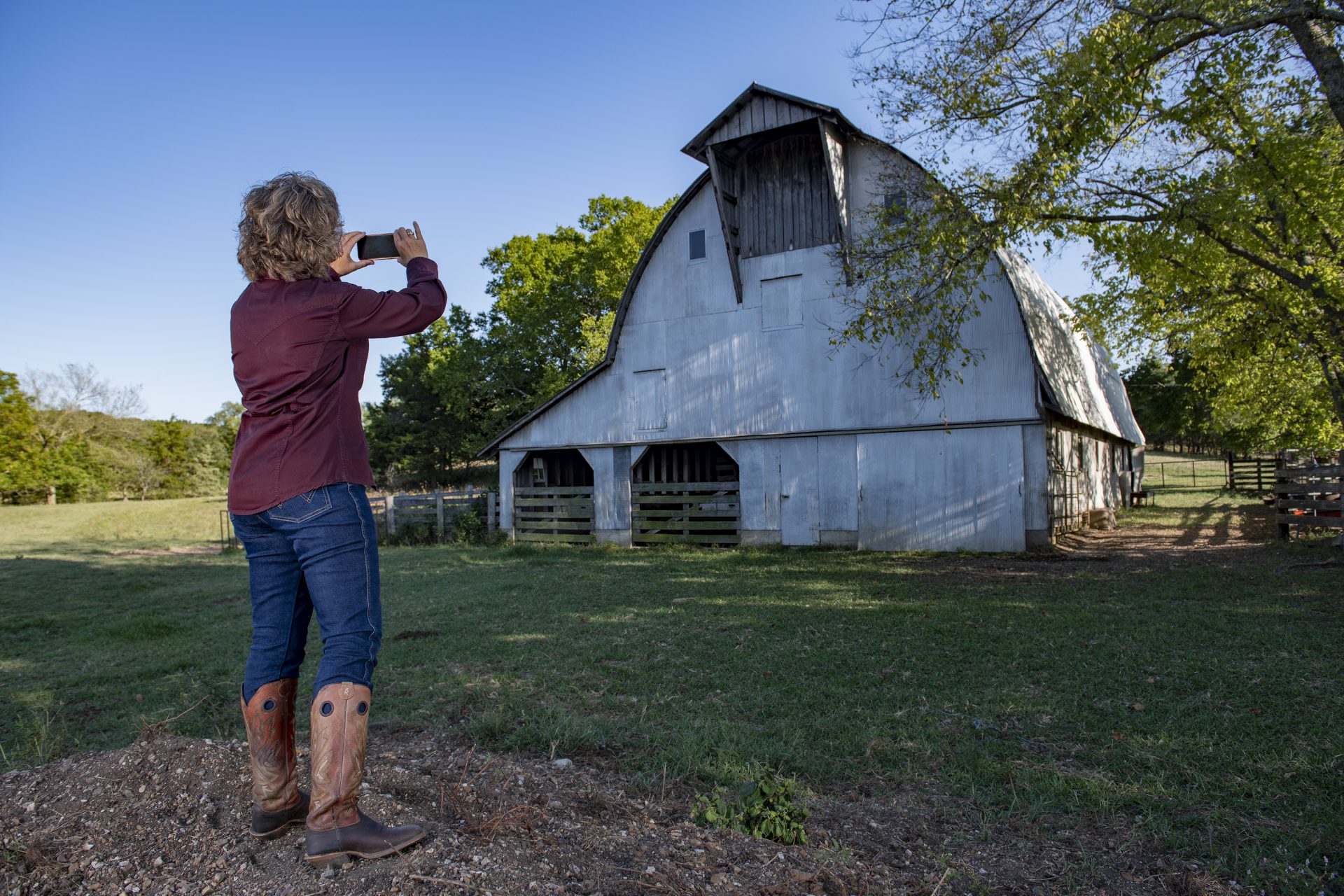 The resulting “2019 Maries County Century Farm Barns” was a hit, selling all 150 copies in short order. A 2020 edition, also featuring Century Farms, followed. The calendars for 2021 and 2022 feature historic barns, but Jayne plans to return to century barns as more farms are added to the registry. Each year, Jayne has bumped up her print order by at least a few dozen copies, and each time the calendar sells out with some buyers searching for a previous year’s calendar.

As her work made the rounds, Jayne began hearing bits of information from locals. The April 2019 barn owned by Jolene Feeler was reputed to be the biggest in the county when it was constructed by original owner Tilghman Moses Feeler in 1883. Jayne admits she had trouble fitting the entire structure in the frame of her photo.

A barn that catches Jayne’s eye is rarely a painting come to life on the pasture’s edge. As one of the oldest barns she’s photographed attests, a simple, low-slung square can be just as interesting as its grander neighbors. Built by original owner William Isenberg, the barn’s last coat of classic red paint may be fading to the nondescript shade of plain old boards but its insides are still bursting with that season’s hay.

When she contacts the landowners for permission to photograph the barn, Jayne is sometimes amused to hear the owners don’t find their barn quite as beautiful as it is useful.

“A lot of them think that they are not picture worthy,” Jayne says, adding the owners of the barns always receive a complimentary copy of that year’s calendar. “When I contact people, they always say ‘that one needs a new coat of paint,’ but I’m not after newly renovated barns –— I’m after that authentic character.”

The only set dressing a barn typically receives for the photo session is the American flag in July. On other occasions, Jayne’s work is done for her, be it Santa Claus or the Nativity in December, or a snowstorm, sunset or rainbow. At the heart of it all is the reason Jayne continues to follow her fascination: stories she hears from the owners, be they the original builders or the present-day caretakers, of the barns.

The cover of the 2020 calendar sticks out in Jayne’s mind. An overalls-clad farmer is seated atop his plow, the sun at his back and the reins to a towering pair of Belgian draft horses in his hands. A colt runs alongside the working team as they sow that year’s sweet corn. The man, the late Lloyd Shanks, was emblematic of many farmers in Maries County and Missouri, who put in seven-day weeks to manage dairy farms, break teams and put corn, wheat, alfalfa and oats in the ground so the world could eat.

“Stories like that, I have to stop and say, ‘Wow, I like that,’ ” Jayne says. “That genuine lifestyle, I call it –— dedication to the farm and agriculture.”

The 2022 Maries County Historic Barns calendar costs $10 and can be purchased at The Market located in the South Central Regional Stockyards of Vienna. A limited number of calendars are available. For more information about the barns and calendars, contact Jayne at 573-308-7917 or jwilliams@mariescountymo.gov.