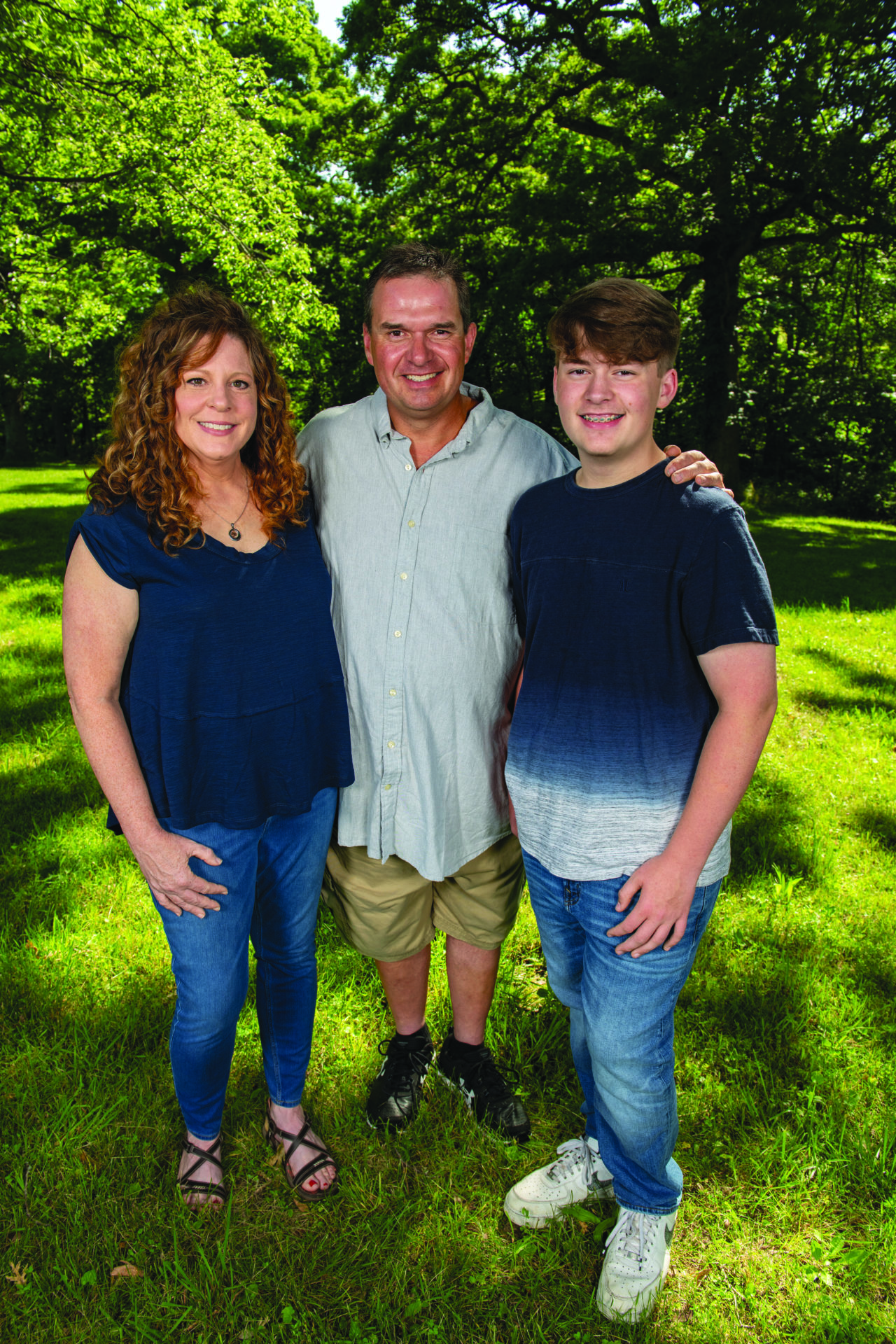 As the well-known African proverb says: “It takes a village to raise a child.” Ask the members, directors and employees of Farmers’ Electric Cooperative, and they’ll tell you it also takes a village to care for that child when they fall ill. That’s why the co-op’s Area Youth Benefit Fund, or AYBF, has been helping north Missouri families for nearly 30 years.

“Concern for Community; that’s what makes Farmers’ Electric Cooperative special and the AYBF is a perfect example of this attribute,” says CEO/General Manager Rod Cotton. “The board of directors and employees of Farmers’ Electric love this area of the state, and we want to improve the quality of life for everyone that lives in this area.”

When the area’s economy suffered a downturn in the early 1990s the co-op surveyed members to ask what the co-op could do to help, according to Dan Bryan, retired manager of Farmers’ Electric.

“Two answers were prevalent. One, outside jobs were needed to help support their farming and the second was they needed health care insurance,” Dan says. Farmers’ met the first need through its wholly owned subsidiary FEC Development Inc. with the formation of the 175-acre Chillicothe Area Industrial Park. “On the second, we knew we couldn’t provide health care, so after much brainstorming the idea of the charity was born.”

The co-op created the fund to provide financial help toward medical bills for children under 18 who have suffered an illness or injury. The fund is supported by a dinner and auction along with a golf tournament, both taking place annually in August. Since 1993, the fund has raised and distributed more than $848,000 to 934 families. “Our goal was to someday be able to help to the tune of $20,000 — a goal surpassed in a couple of years,” Dan says.

Carrollton resident Teresa Franklin says the fund was instrumental in helping her and her husband, Chris, afford orthodontic treatment for their 15-year-old son, Logan. With two other sons in college and dental insurance that didn’t cover braces, coming up with an extra $5,000 for a medically necessary procedure was an impossibility. Teresa says she found dental assistance programs that could help, but all of them required waiting periods of up to three years by which time Logan would be an adult. Searching for financial aid geared toward youth, the Franklins found the AYBF and applied. Teresa says it seemed like a long shot, but it was the family’s last option.

“My kid needed something and I didn’t know how I was going to make it happen. I never thought we’d be in that position,” Teresa says, adding she was surprised to receive the phone call from the fund’s board letting them know Logan’s application had been approved. “It was surreal to me. They were so kind about it and excited to help.”

The fund is open to members and nonmembers alike, and those who apply don’t have to live in the co-op’s service territory. Disbursals are overseen by a volunteer board, and 100% of donations go to medical bills. Medical providers work with the co-op to use AYBF donations toward bills for patients from the co-op’s service area.

Also supporting the fund are the member-owners of Farmers’ Electric, who voluntarily choose to round their monthly bill up to the next highest dollar amount through Operation Round Up. The extra change averages roughly $6 per member per year, which when combined pump roughly $5,000 to $7,000 into the fund. What individually amounts to pocket change for most changed the Franklins’ lives, Teresa says.

“I always felt no matter how hard I worked I would be able to provide for them, but life throws curve balls at you,” Teresa says of her children. “With everything that’s gone on in the past couple of years, it just gave me some hope that good things could still happen.”

This year, Farmers’ is upping their commitment: Members who sign up for Operation Round Up between now and the annual meeting on Sept. 21 will have their name entered in a drawing. The co-op will donate $1,000 to Children’s Mercy Hospital in the winner’s name.

Farmers’ members, community residents and Missouri electric cooperatives have backed the fund in other ways, from serving on the AYBF Board of Directors to donating items for the auction to registering teams in the charity golf tournament. When the dinner, auction and tournament were canceled in 2020 due to public health concerns, a letter writing campaign kept AYBF donations flowing in uncertain times. With the golf tournament back in play for 2021 and an online auction in the works, the co-op hopes to be able to help more kids such as Logan.

“Life is tough sometimes, and when you’re going through it by yourself medical bills can cause a lot of stress on families,” Rod says. “If we can relieve a little bit of that stress, it’s a blessing to be a part of.”

This year’s Area Youth Benefit Fund golf tournament is set for Aug. 30. An online auction is forthcoming. For more information or to apply for funds, visit www.fec-co.com/aybf or call 660-646-4281.