Family vacations can be big adventures: Big trips, big sights and big costs. It’s not often a fourth grader can foot the bill for part of a group excursion — especially in one of our national parks — but that’s exactly what the Every Kid Outdoors program is designed to do.

“Kids are always getting dragged here and there to places, and there’s always a cost,” says Mingo National Wildlife Refuge Assistant Manager Corey Kudnra. “But their eyes really light up when they realize, ‘I made this possible.’”

Initially established in 2015 as Every Kid In a Park, the newly rechristened Every Kid Outdoors program gives fourth graders a free pass card that comes with admittance to America’s federal public lands which would otherwise require an entrance fee. In Missouri that list of potential adventures includes national parks and historic sites, wildlife refuges, forest service land and recreation areas operated by the U.S. Army Corps of Engineers. All fourth graders have to do to obtain their pass is complete an online form, print their paper pass and exchange it for the real thing on their next trip. The 2020-21 pass will be available Sept. 1.

Although many of Missouri’s public lands do not require the same hefty entrance fees as their western cousins, some such as Mingo National Wildlife Refuge near Puxico, do have a small entrance fee per vehicle. With passes in hand, fourth graders and their parents, siblings or extended family can effectively wave their way through the gates 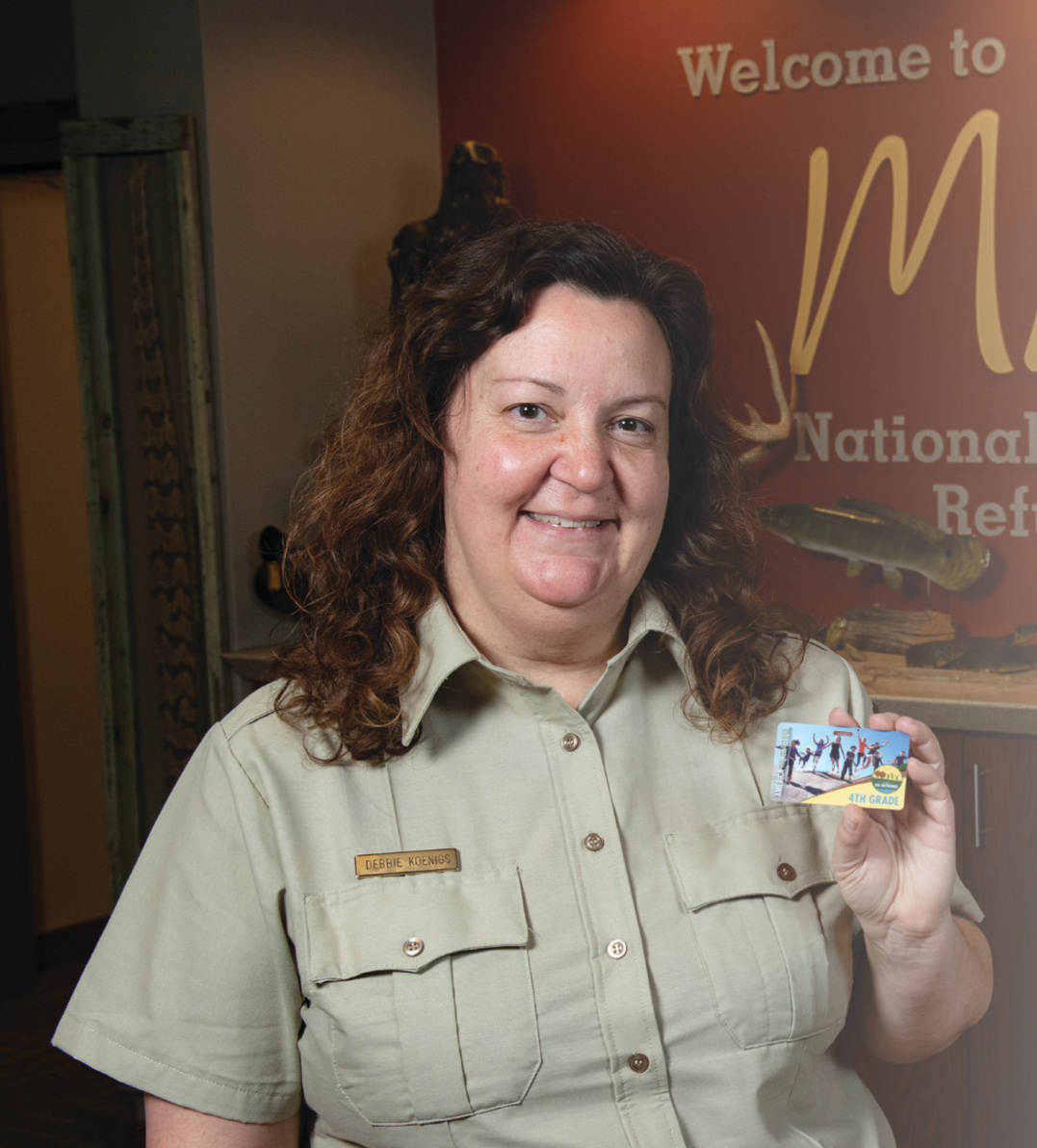 “Throughout the year there are so many different experiences you can have, and it can be a different experience every time,” says Visitor Services Park Ranger Debbie Koenigs. “So having one pass saves you $3, but you can make it a regular opportunity.”

And at Mingo, you’ll want to. The sprawl of bottomland, hardwood timber in the Mississippi lowlands is a truly unique environment for Missouri, even in the Ozarks where hills are typically carpeted in a mix of oaks and hickories. Adding to this jewel is the nearly 8,000-acre Mingo Wilderness Area located within the refuge and the 6,318-acre Duck Creek Conservation Area which shares the refuge’s northeastern border. The result is an ecological remnant of the swampy forests that once covered southeast Missouri, a sanctuary for waterfowl and migratory birds and a 3D encyclopedia of the state’s flora and fauna. In other words, it’s the choose-your-own adventure of outdoor destinations.

“People who aren’t familiar are maybe overwhelmed by the idea of a wilderness area — like they’re going to have to wander pretty far out there with a compass, which is still a good idea,” Debbie says. “But our wilderness is accessible. It’s pristine, and it’s what a wilderness experience should be without having to fight really hard to get to it.”

Photography is a great entry point for youth in the outdoors. The annual photo contest organized by the nonprofit Mingo Swamp Friends offers a youth category and photography workshop to help kids capture the wonder of the swamp’s native plants and animals. A drive on the Ozark Highlands Auto Tour, open March through November, circles much of the refuge and has become a Thanksgiving tradition for local families for decades. Some of Mingo’s secrets only can be found off road, if not out on the water.

“The beauty of mushroom hunting here near the Bootheel is that it’s so humid we don’t just have a ‘morel run,’” Corey, an avid mushroom hunter, says. He adds the refuge also has regulations that allow for berry and pokeweed collecting from March through September. “We have morels, chicken of the woods, chanterelles, lion’s mane, the list goes on. And a chanterelle quiche in the middle of July, you just can’t beat it.”

More well known about Mingo and Duck Creek are their reputations as fishing hot spots. Along with nearby Lake Wappapello — which also accepts the pass for boat launching — the three areas hold 12 state records for multiple species. “It’s very fishing friendly because there are a lot of banks to fish from,” Debbie adds.

Perhaps the best way to experience Missouri’s swampland is from behind a paddle. A canoe trail down the Mingo River gives visitors another way to access the wilderness area rather than slogging it on foot. The 2,800-acre Monopoly Marsh is best accessed by kayak and canoe from March through May before blooming American lotus pads block the way. “People who talk about old-time paddling in Mingo, this is what they’re talking about,” Corey says. “It’s a big deal, if you like an adventure.”

So whether you’re planning for someone’s first fall hunting trip, a drive to look for spring wildflowers or a true backcountry hiking experience, consider a trip to one of Missouri’s best-kept secrets that’s best enjoyed with friends and family.