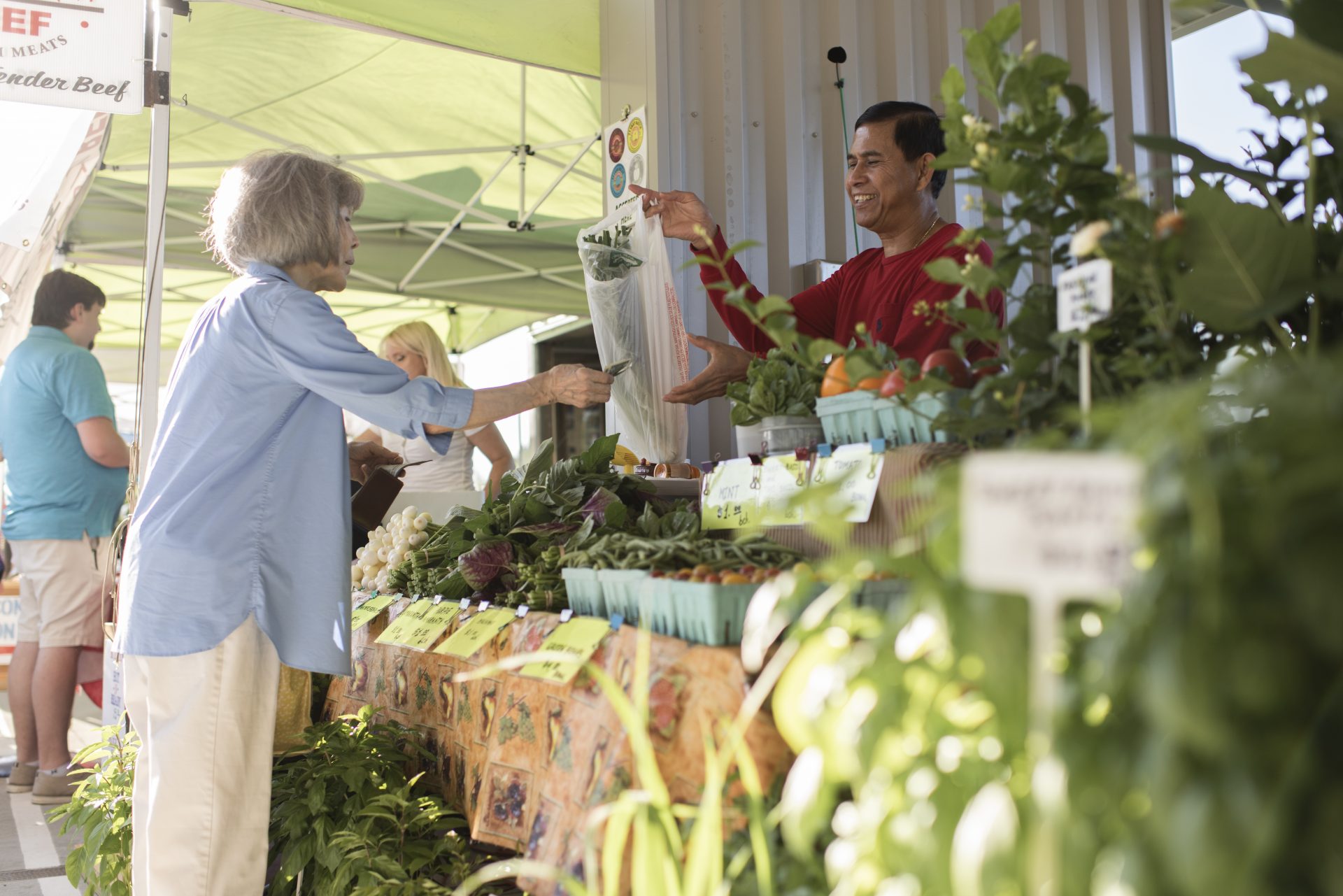 At 8 o’clock on Saturday mornings, the bell rings and shoppers pour into the Columbia Farmers Market. The vendors are behind their counters, stacked high with a cornucopia of fresh vegetables, fruits and homemade foods. Shoppers and their families beeline it to their favorite vendors then begin milling around, chatting among themselves and with the farmers and artisans. Similar scenes can be found in the nearly 200 farmers markets held throughout Missouri. But there is more -— much more — to the Columbia Farmers Market scene than meets the eye.

The market, which is sheltered beneath the MU Health Care Pavilion, is the most visible part of a many-layered community project, Columbia’s Agriculture Park. Although everyone recognizes a farmers market when they see one, the features of the Agriculture Park aren’t as familiar. It takes a leisurely stroll to take in its many facets. One thing visitors can’t miss are the vegetables growing in neat rows in the acre field in front of the pavilion. There’s a playground, a greenhouse on the side of a storage barn, a one-room schoolhouse, arbors, gravel walking trails that lead through lush native plantings, an outdoor classroom area, a food forest and a stormwater retention area. It’s a lot to take in, not to mention the pavilion, which will cover 34,900 square feet when finished later this year.

But the most important part of the Agriculture Park is its roots, which spread from its site on the corner of Ash Street and West Boulevard throughout a 50-mile radius of farms and small towns. Adam Saunders, chief fundraiser for the park and co-founder of the Columbia Center for Urban Agriculture (CCUA) has helped nurture those roots and build the community of organizations that supports the park’s mission. “Columbia’s Agriculture Park is designed to promote a healthy lifestyle and an appreciation of nature and agriculture,” he says. “Also, we aim to boost the economies of rural Missouri.”

Farmers who sell at the market go back home with money from Columbia shoppers. “Those dollars that they make here circulate in their economies — that’s $2 million to $3 million dollars each year of sales, and it will only continue growing,” Adam adds.

Bill Strope, a farmer from Linn and a member of Three Rivers Electric Cooperative, has been selling flowers and vegetables at the Columbia Farmers Market for more than five years. “With the new park, I’ve noticed more people and more vendors. This is a pretty big source of revenue for our business,” he says.

The idea for the Agriculture Park was born seven years ago. Fueled by $7.2 million of donations, the project is now nearing completion. The last bit of fundraising will put the finishing touch on the project in the next few years, with the construction of a commercial teaching kitchen and event space. Already, the site has become a popular mid-Missouri attraction and a model for the nation, showing that growers and artisans can get together with government agencies, nonprofits and private donors to create a vibrant gathering space that is good for the community that supports it as well as for the surrounding counties.

“When other major leaders of farmers markets hear about what’s happening in Columbia, they are dazzled,” says Darlene Wolnik of the Farmers Market Coalition, a nonprofit group which supports the growth of farmers markets throughout the U.S.

On most Saturdays, a crowd of about 4,000 people come to the market for their weekly produce or other foods. But unlike a trip to the grocery store, a visit to the Columbia Farmers Market is a festive, family-friendly event. “Once you understand how cool it is to shop at a farmers market and to be able to interact with the producers, most people tend to fall in love with it,” says Corrina Smith, executive director of Columbia Farmers Market. “It becomes a regular activity for them,” she adds. 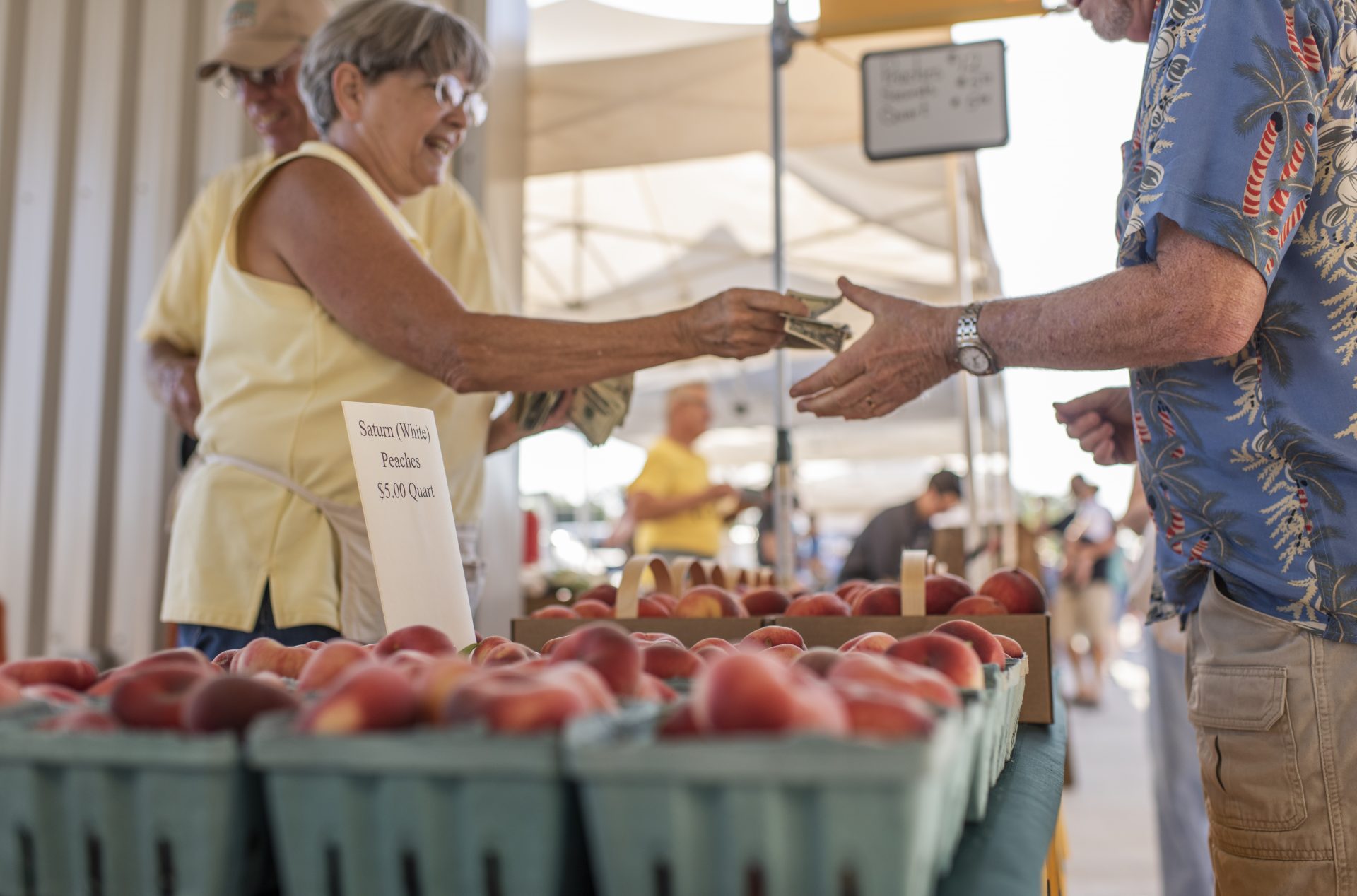 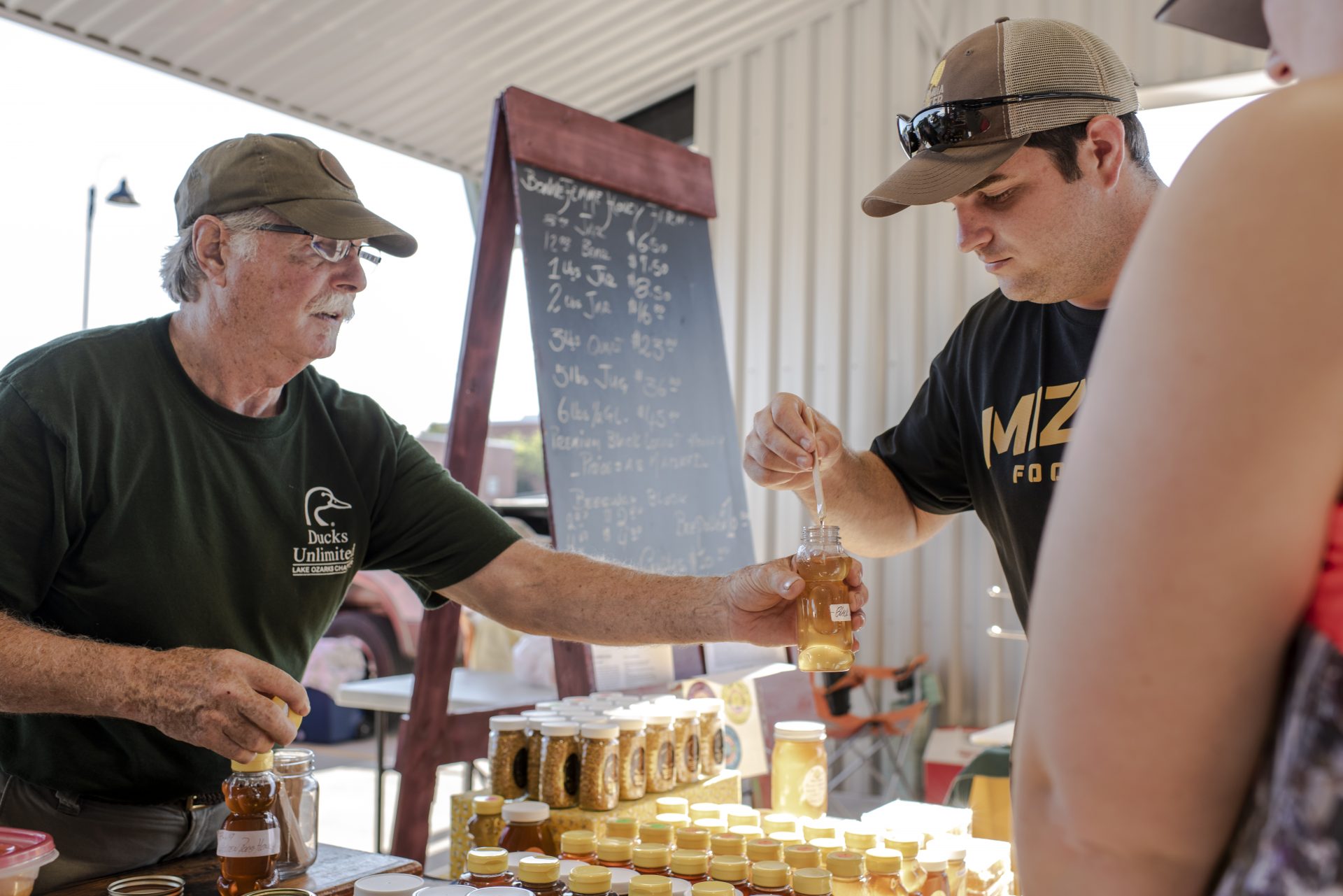 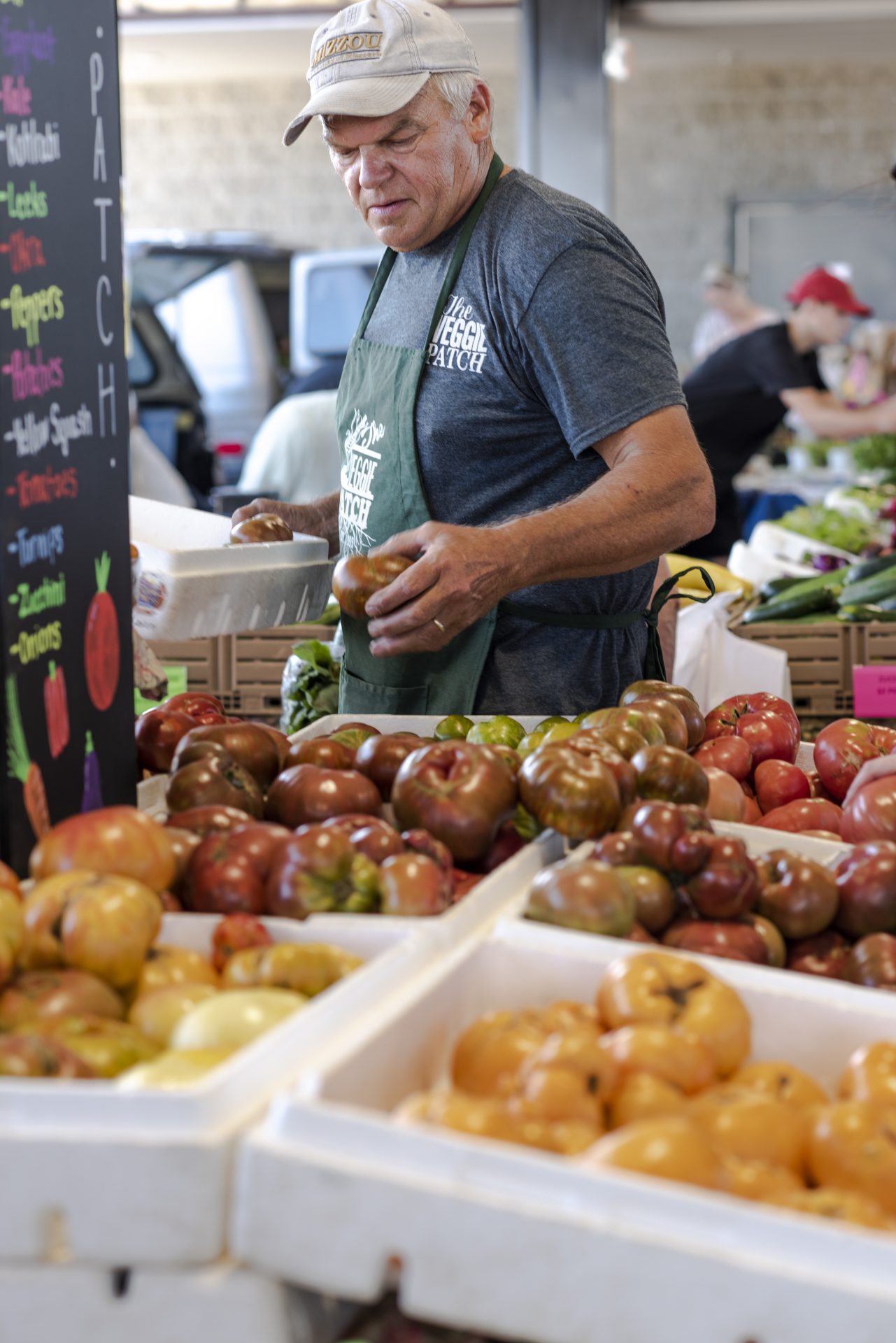 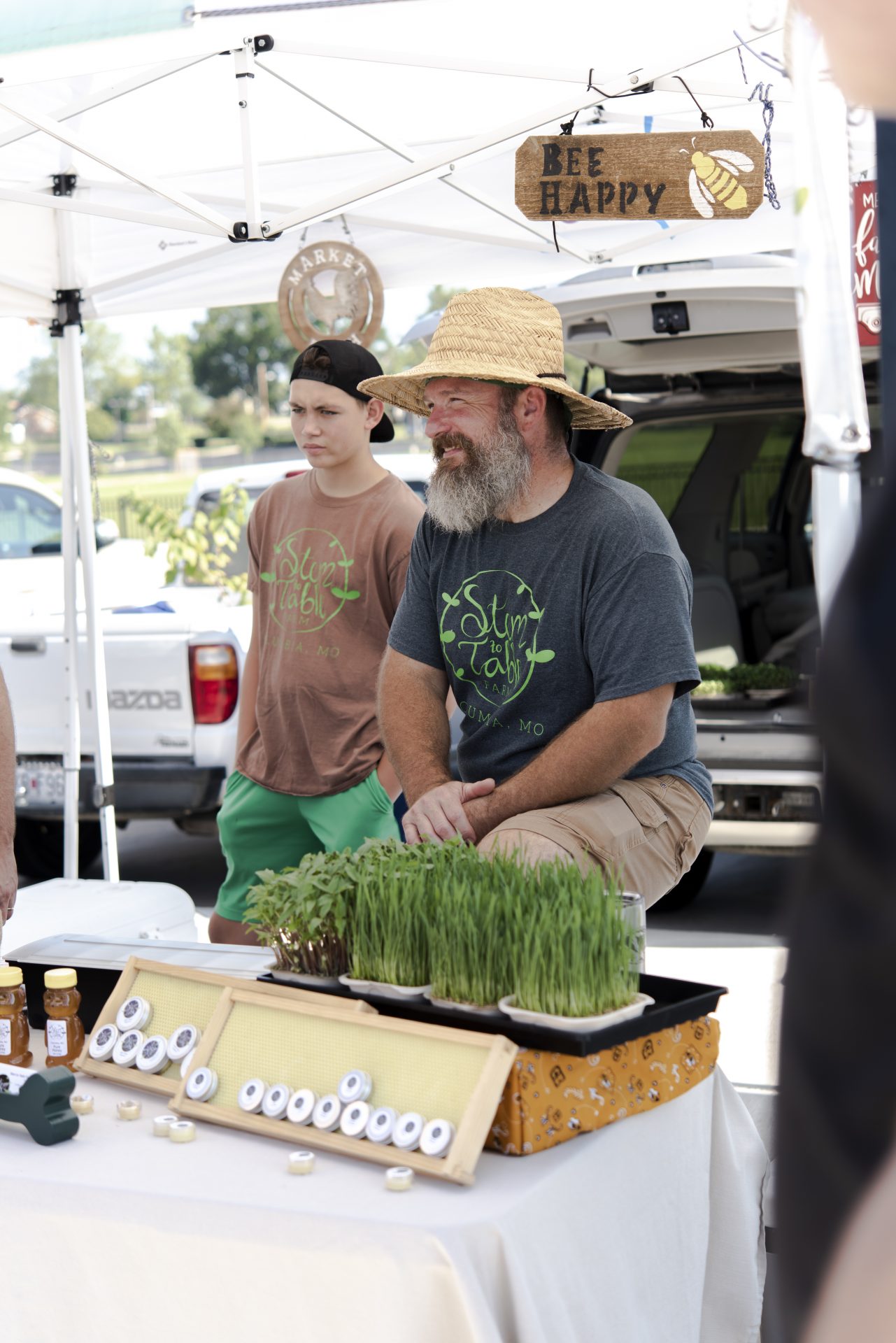 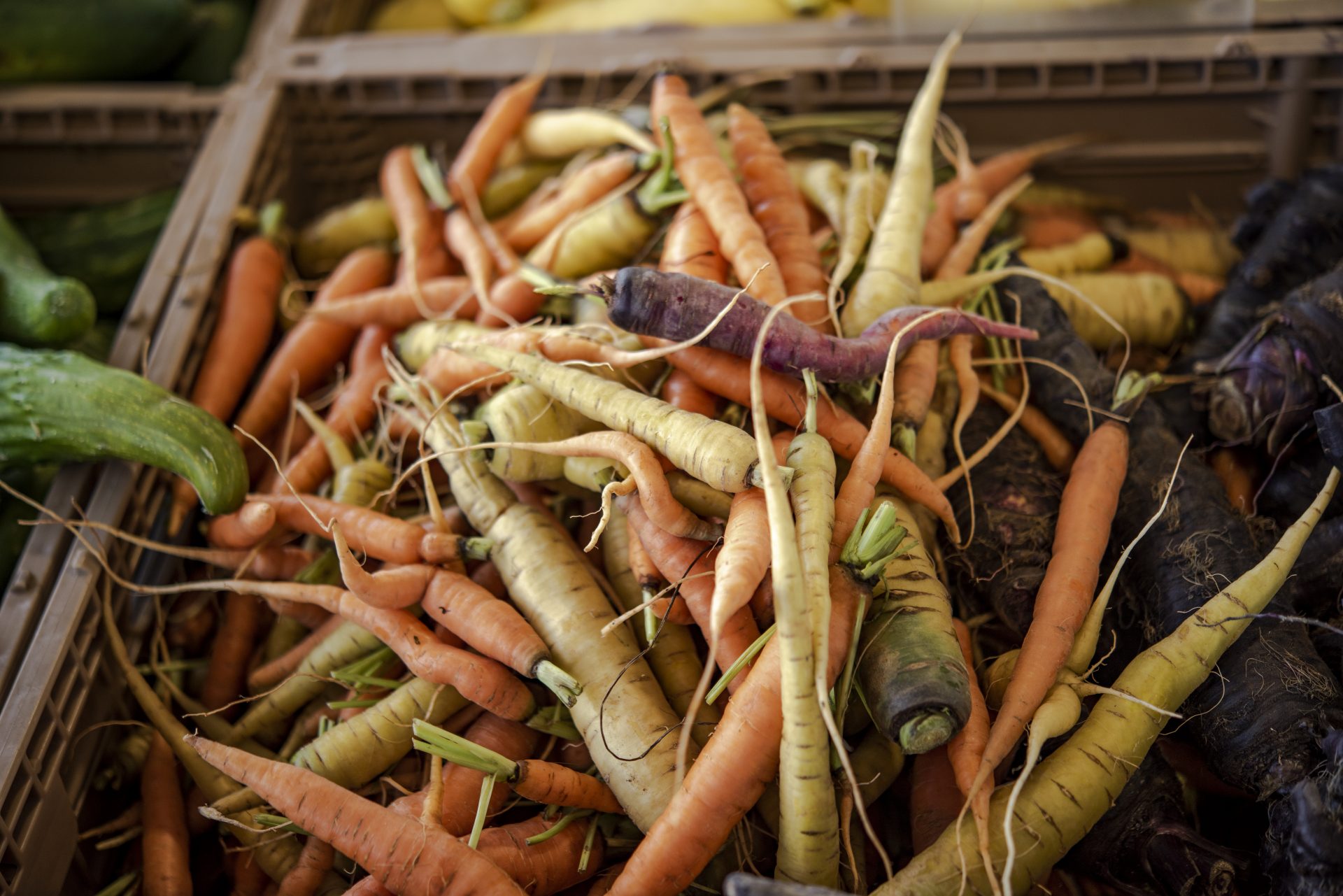 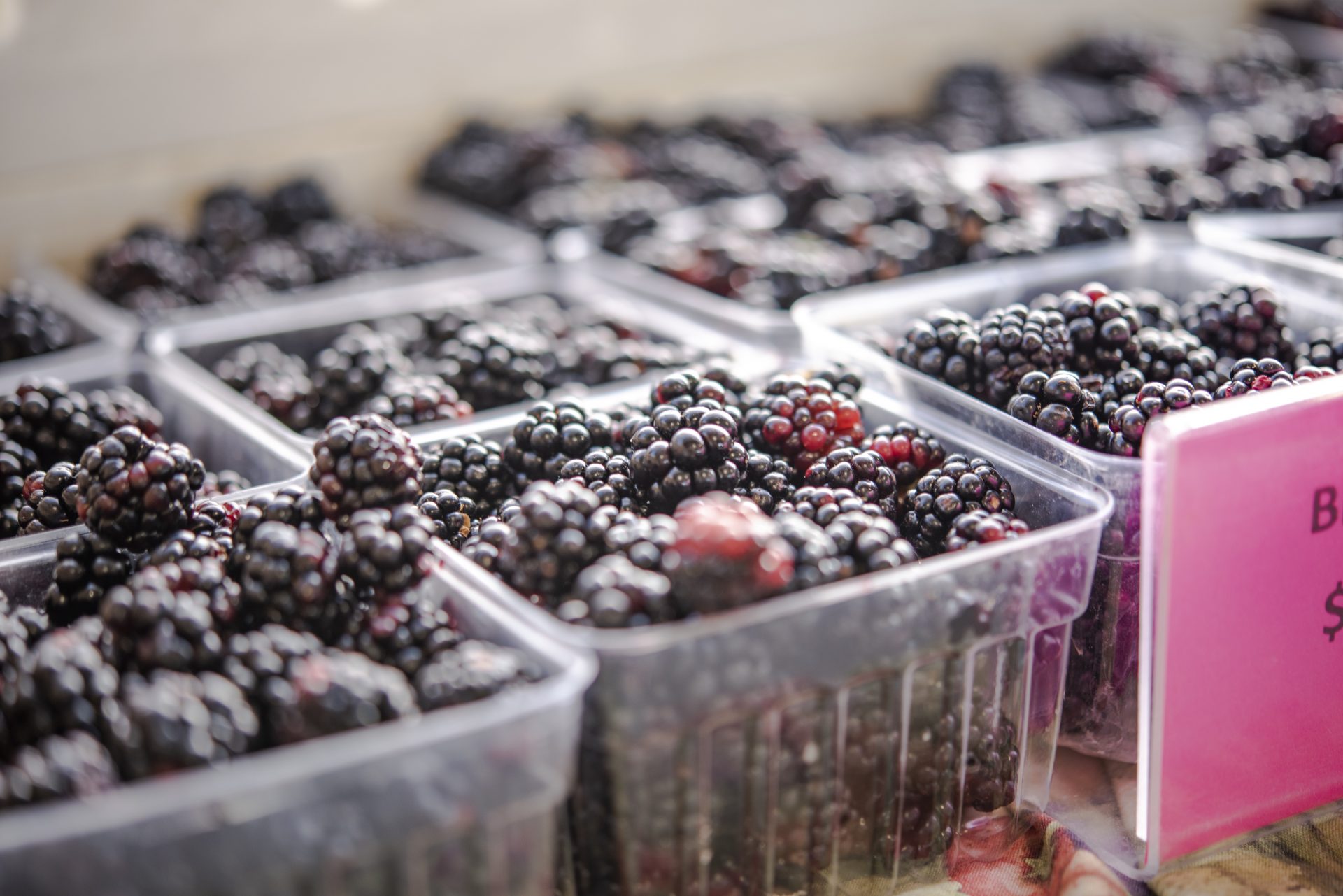 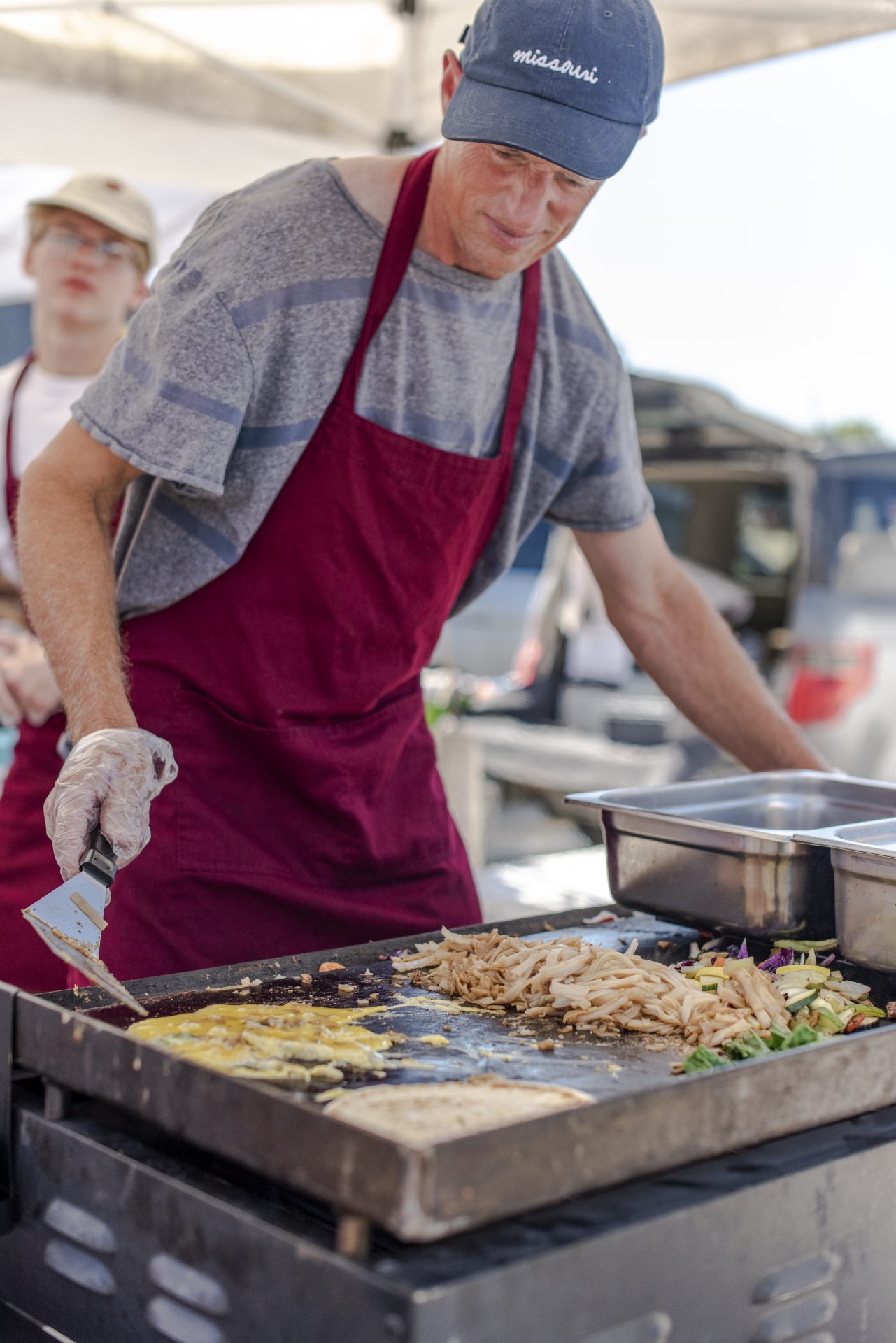 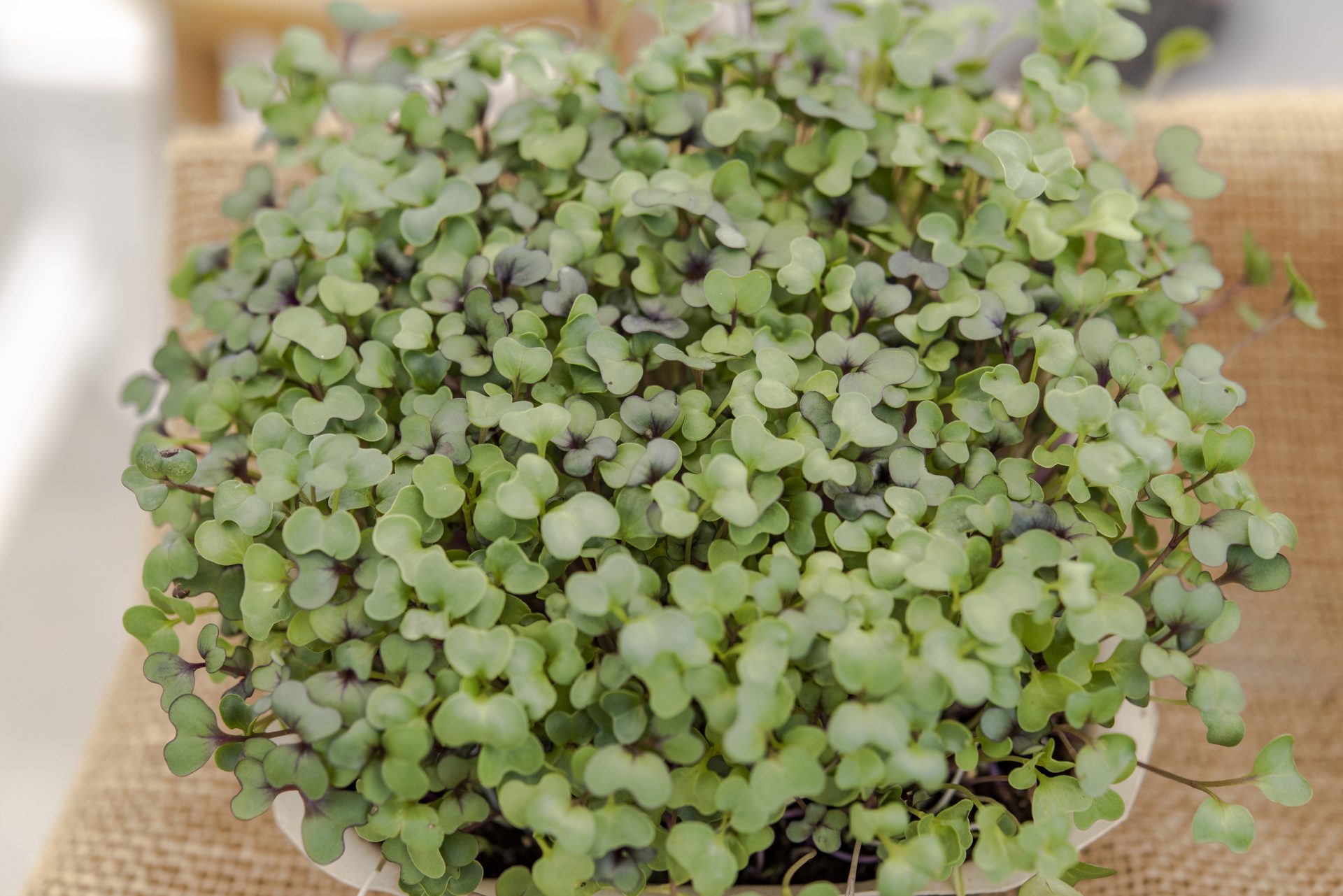 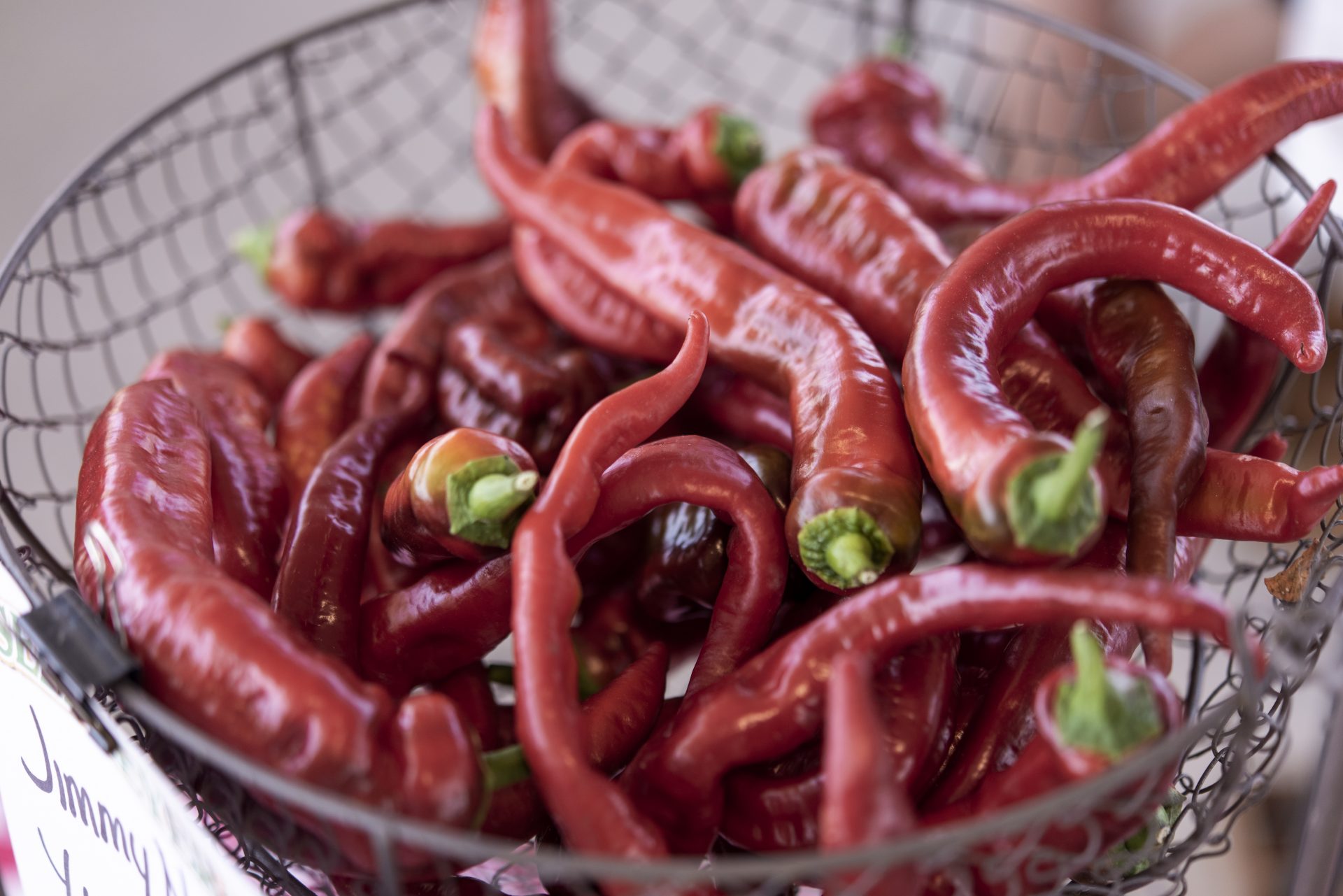 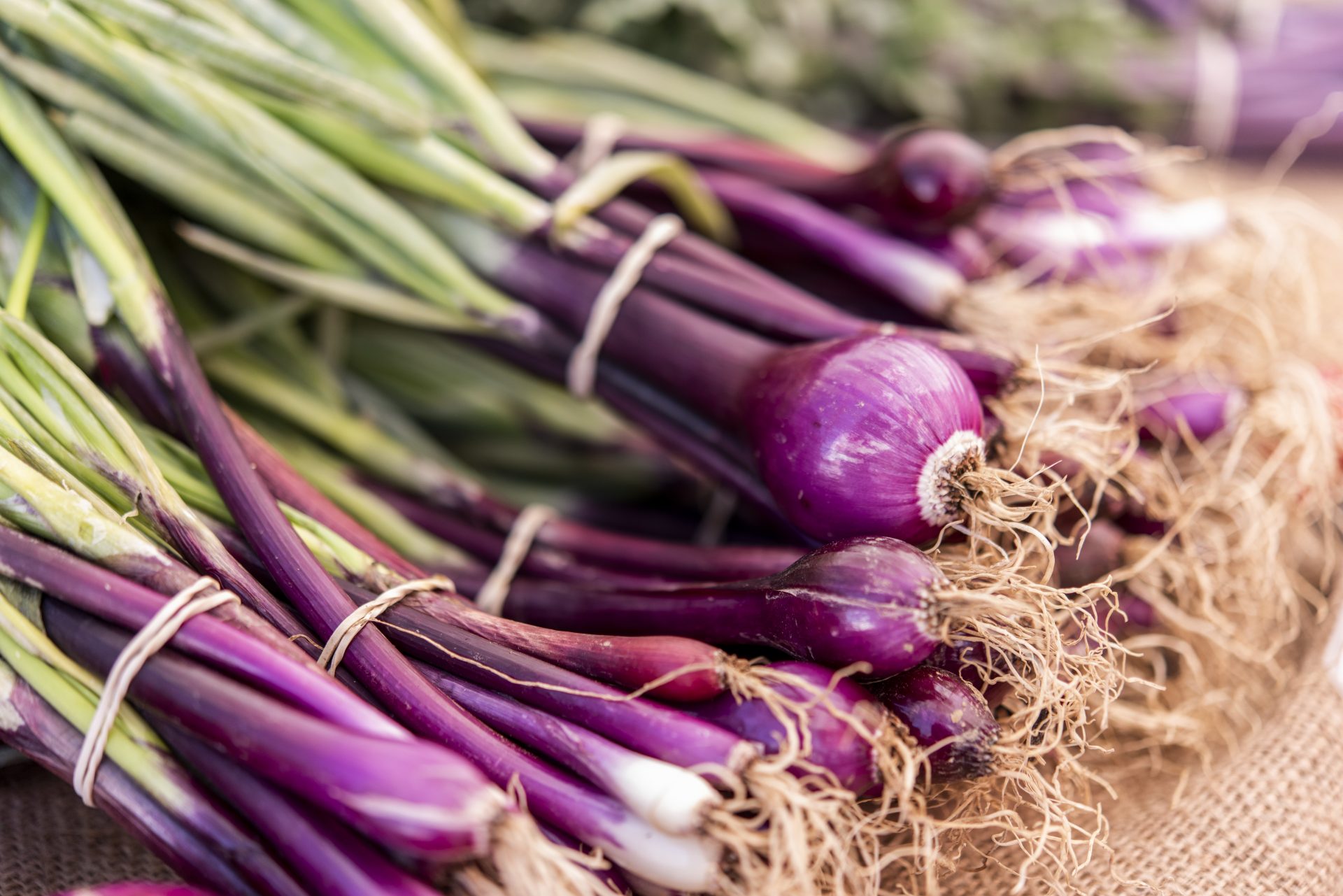 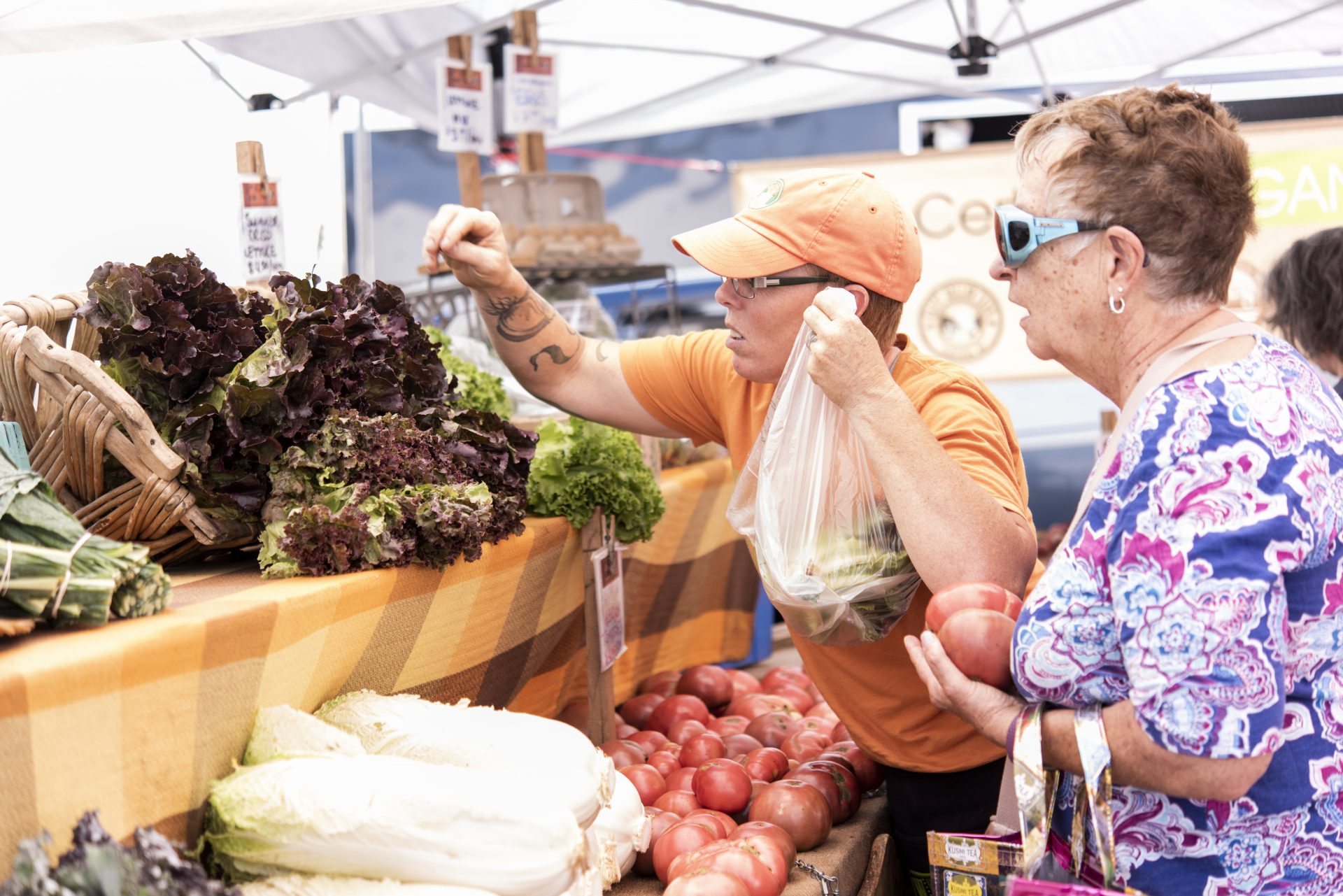 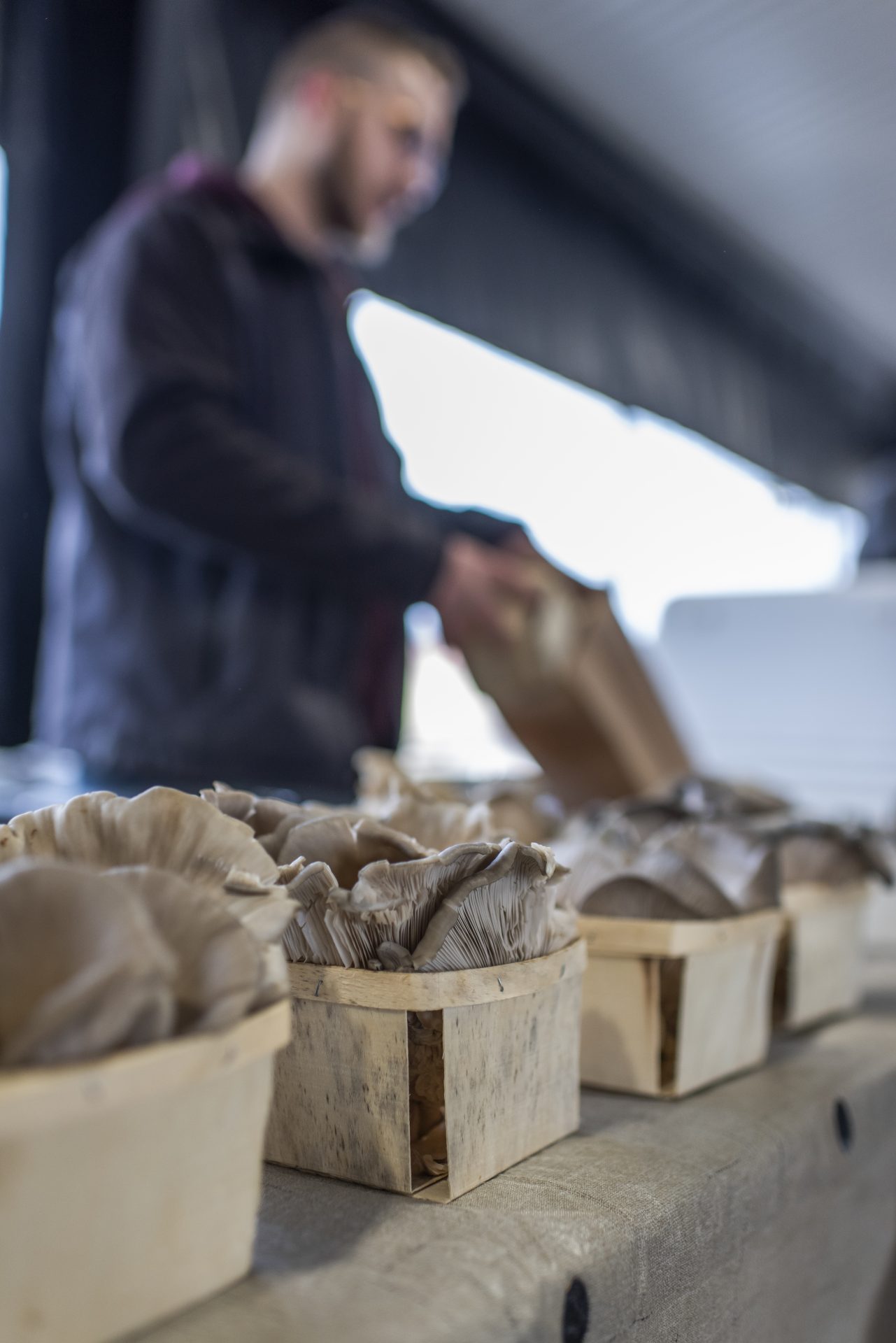 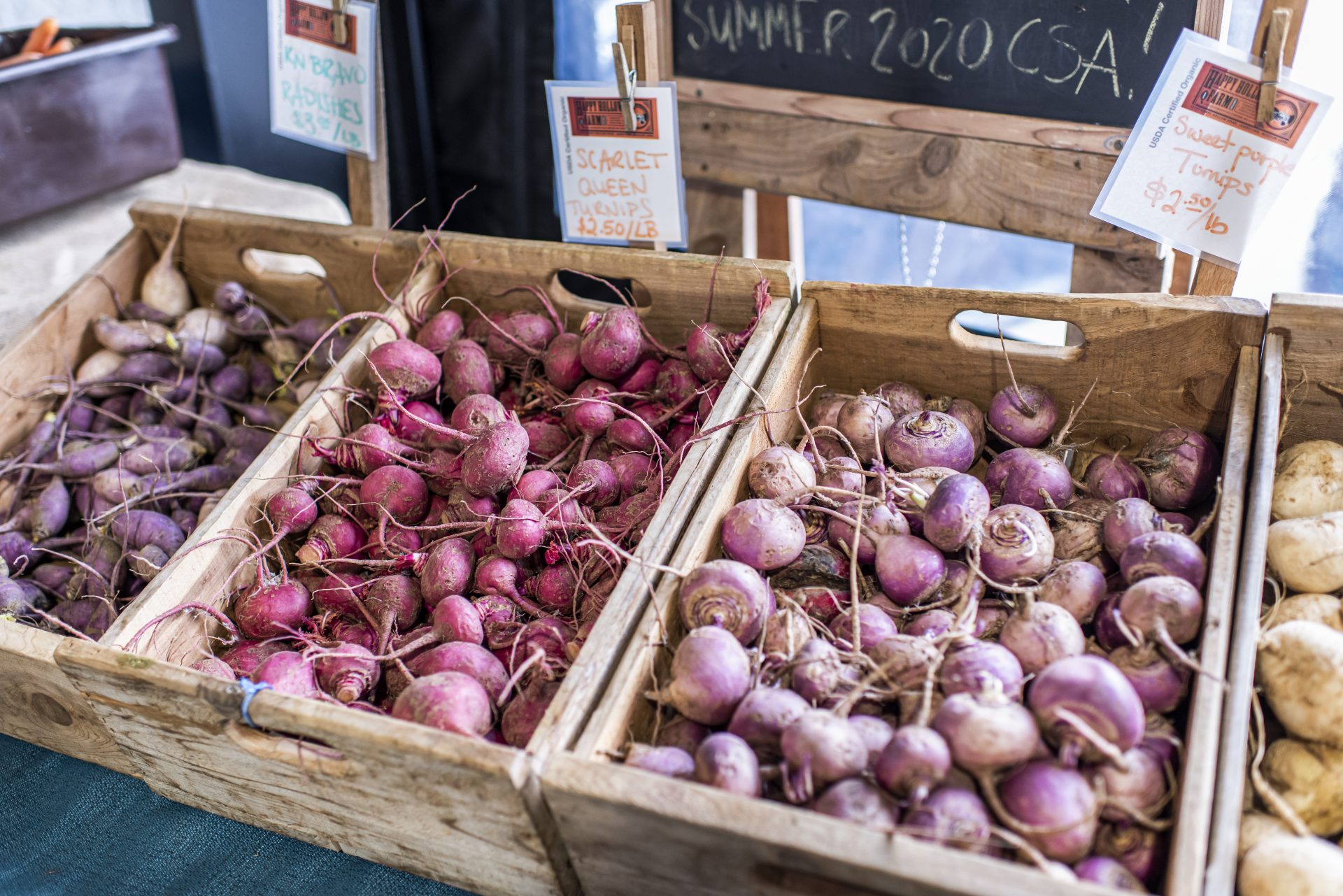 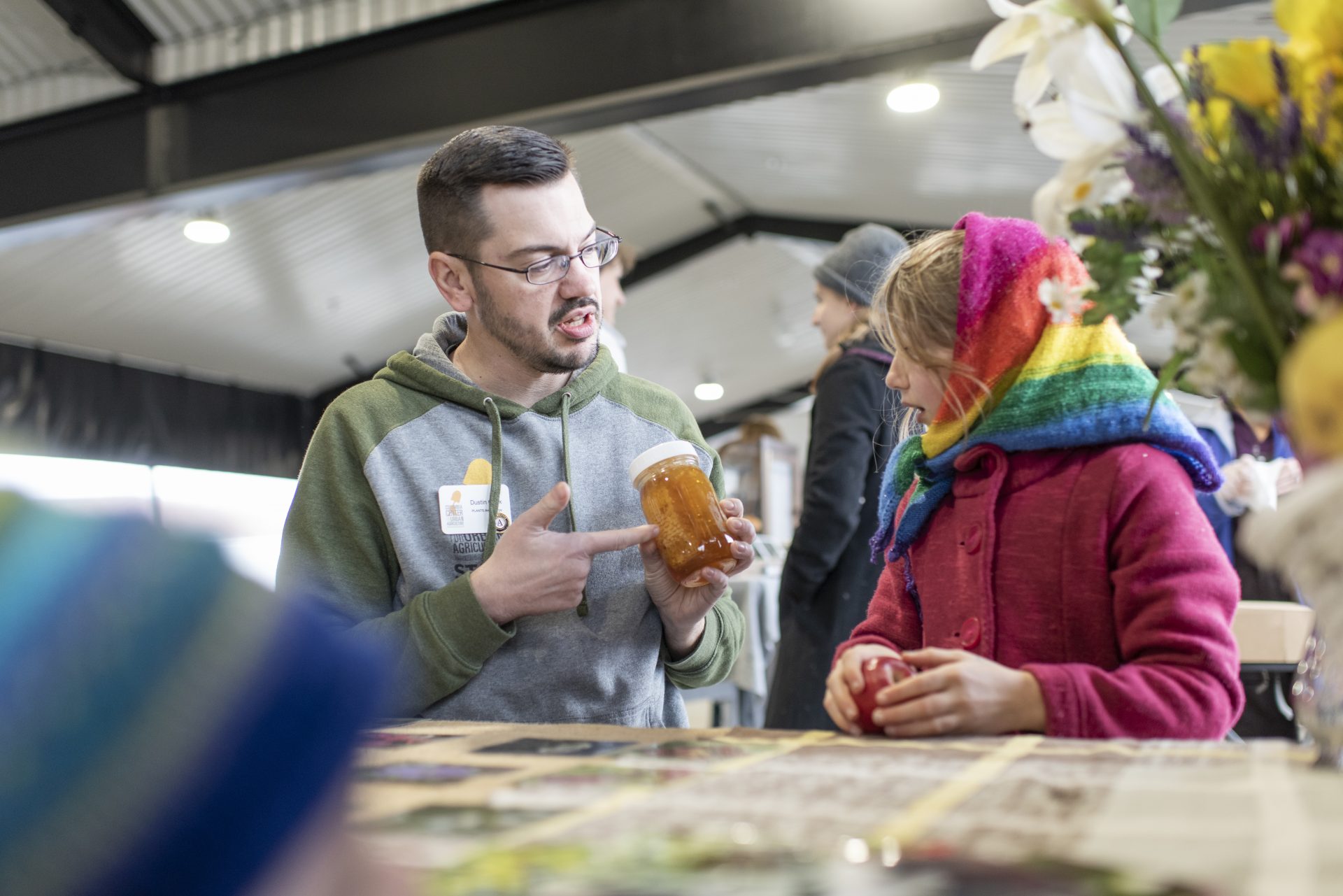 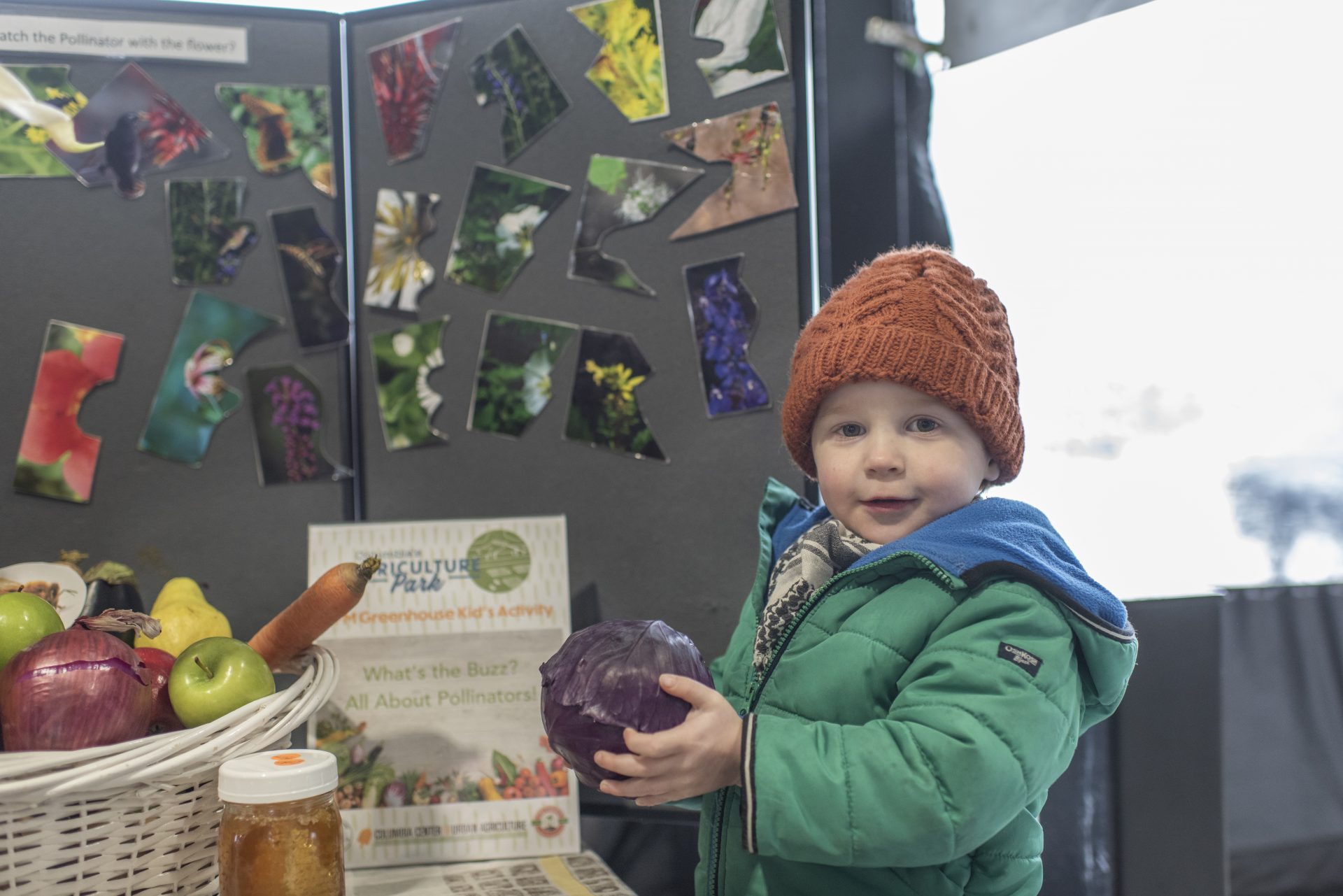 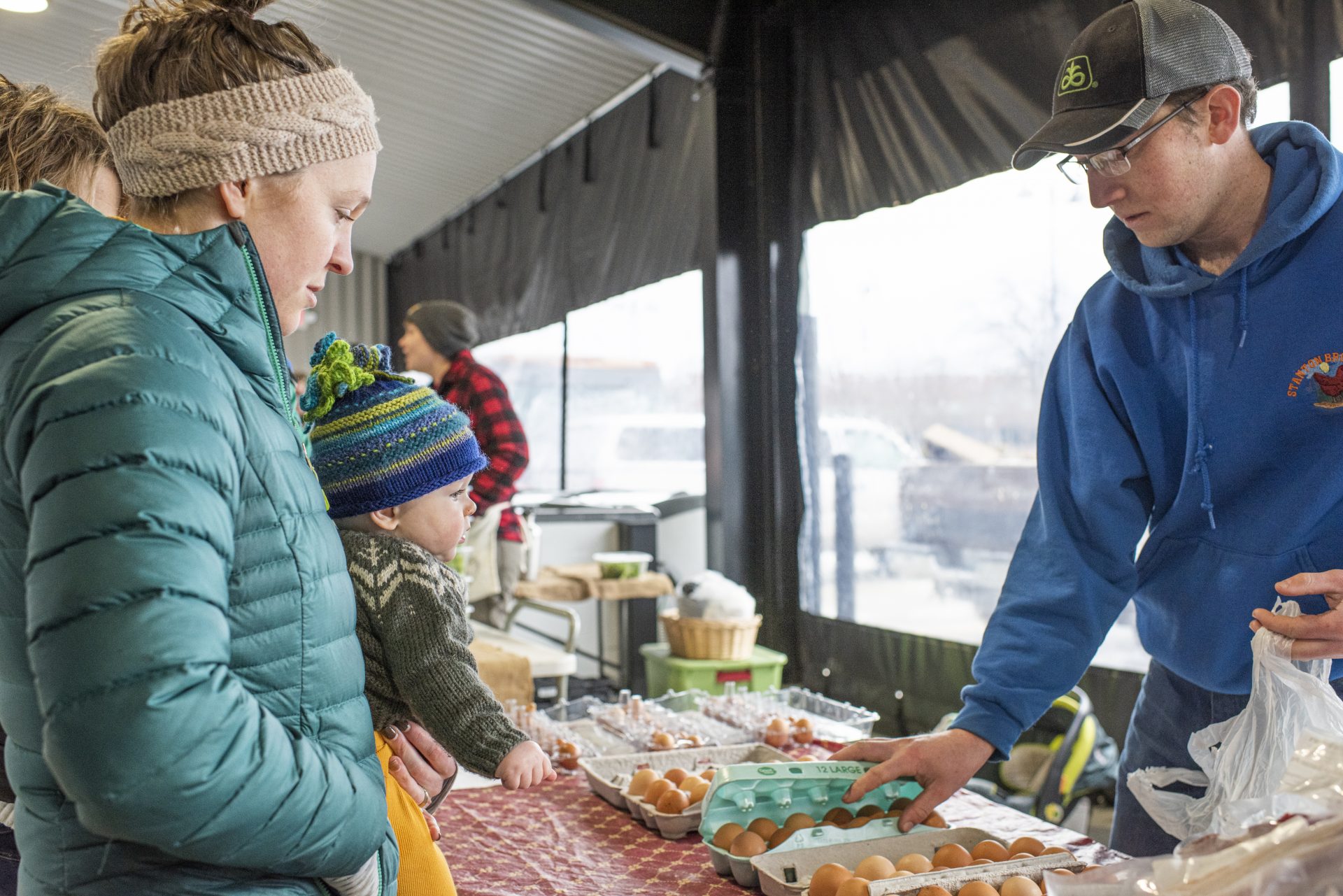 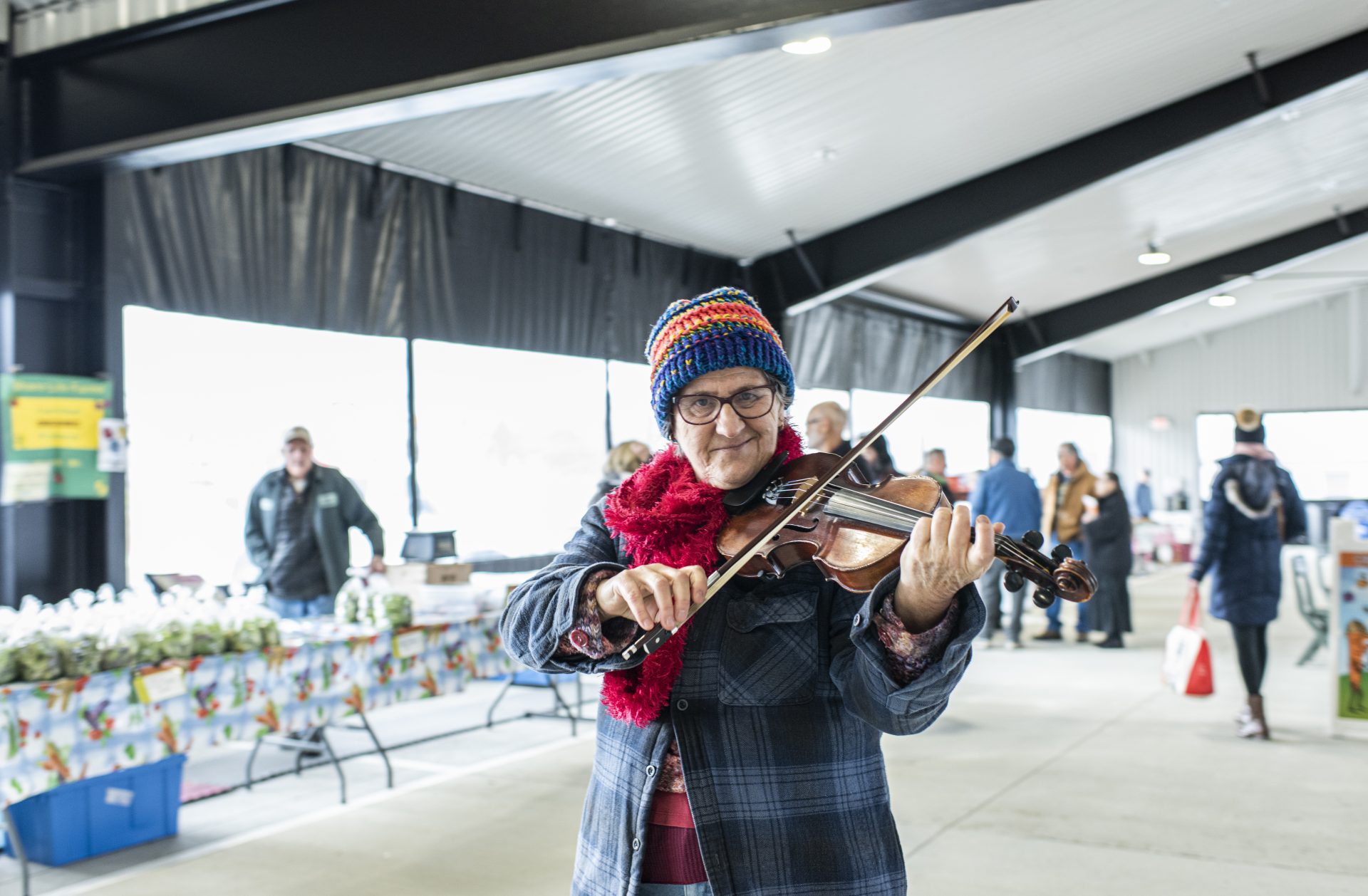 The location of the market — housed in the center of the Agriculture Park across a parking lot from the city’s Activity and Recreation Center (ARC), where kids and adults can swim, exercise or play team sports — couldn’t be more perfect. “For a healthy lifestyle, you’ve got to move and you’ve got to eat well,” Adam says, pointing first to the ARC, then to the overflowing tables of vegetables that have been assembled under the pavilion. To enter the MU Health Care Pavilion, parents and kids must first pass by the agriculture-themed playground with its giant metal sunflowers and corn stalks, slides and climbing equipment. Nearby, vegetables and flowers are growing, some in planters and raised beds along pathways, others around the various buildings. A brief walk from the playground leads to the rows of crops in the teaching and demonstration garden, each row supported by donors. Crops are harvested by volunteers and staff from the Columbia Center for Urban Agriculture, then sorted, washed and donated to the Columbia Food Bank Pantry. In a good year, the demonstration garden supplies more than 20,000 pounds of fresh vegetables to low-income families.

Adam credits a large network of local businesses, individual donors, nonprofits and government agencies for making the Agriculture Park part of the lives of thousands of Missourians. Columbia school children regularly take field trips to the park’s teaching garden and continue their lessons about nature in their school gardens. Low-income families and refugees are mentored in gardening skills through a link with the Heart of Missouri United Way. Church groups, Scout troops and other volunteers learn how to garden and serve the community.

Farmers not only appreciate being part of the market, they also value the entrepreneurial resources they can tap into. “We offer vendors business coaching, website development and marketing assistance, which lots of our farmers and artisans use,” Adam says.

The combination of business resources and increased traffic make the Columbia Farmers Market a choice venue for farmers, one that Bill and other vendors have come to rely on. But it’s not all business. Bill enjoys meeting and getting to know his regular customers. And the conversations he has with them help his customers get a bigger picture of the world than city life provides.

“People who live in the city may have no connection to the land and the hard work it takes to grow our food,” Adam says. “Besides getting to know their farmers, people who come to the park get a greater appreciation of our agricultural heritage and fresh, local food.”

Wax is a freelance writer from Columbia.