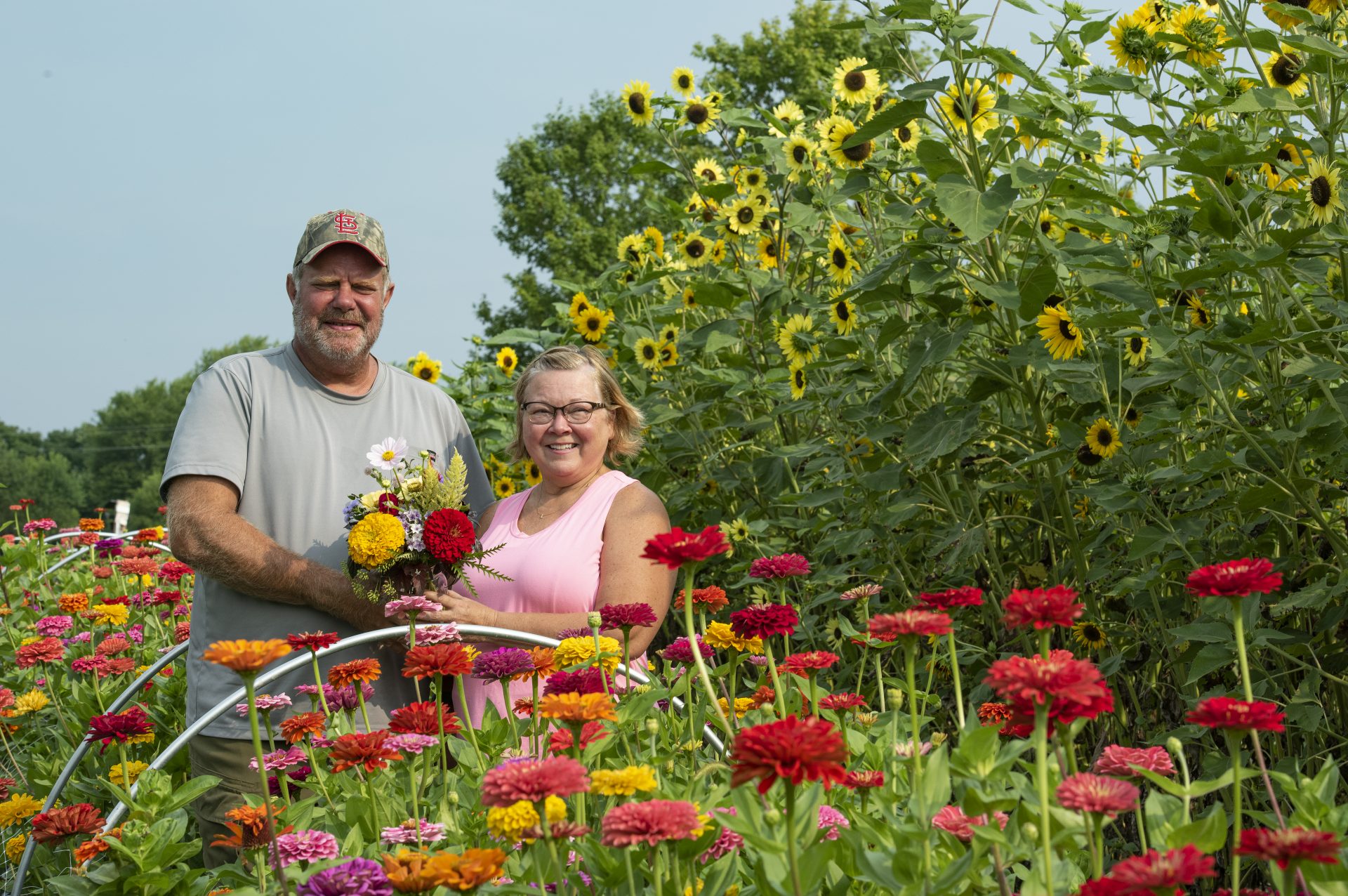 Marleen and Dave Prater never pictured themselves running a flower farm. In fact, they never expected to return to the area around Sullivan where they grew up. But today they find themselves surrounded by budding plants as they field calls from eager customers who can’t wait for the first blooms to appear at their Turtle Hills Flower Farm.

Four years ago the two were living in Detroit where Dave was CEO of an automotive parts manufacturer and Marleen ran a boutique. Dave decided it was time to retire and the couple began searching for a new place to live. They considered Spain, thinking winter would be a lot nicer there than in Detroit. Germany was a possibility.

Instead, they spotted a vacant house surrounded by land near Spring Bluff, made an offer on it and won the bid. While it was being remodeled the couple traveled and pondered what to do with the newfound time on their hands. “I traveled so much,” Dave relates. “We knew that you can’t go from 100 mph to zero. You’ve gotta have something to do.”

At the same time, the move back to rural Missouri created a culture shock. “We literally lived 8 miles from Detroit,” Marleen says. “We could be inside the stadiums in 15 minutes from our house. And all the restaurants and up-and-coming chefs in Detroit. It was definitely a bit of ‘What have we gotten ourselves into?’ ”

Before the move Marleen had visited flower farms in Michigan. She suggested they turn their pasture into a field of flowers. The only problem was, the two knew little more than the basics of growing a backyard vegetable garden. “We started taking online classes because we had zero experience,” Marleen says.

“We had a nice pasture out there,” Dave adds. “We had water run out there. We had the structure set up. We decided to give it a shot. And so the first year we were surprised anything grew at all.”

He figures half of the seeds they laboriously planted didn’t come up. Those that did were often mistaken for weeds until Marleen found a phone app that helped identify the flowers. Enough survived to launch the business as a U-pick flower farm and a bouquet subscription service instead of the original plan to sell to florists.

That was in 2020, just as COVID-19 changed the way of life for most Americans. The Crawford Electric Cooperative members found their neighbors hungry to reconnect with the outdoors just as their seeds turned to blossoms. Their subscription service sold out and U-pick days saw droves of people turn out to brighten their homes. 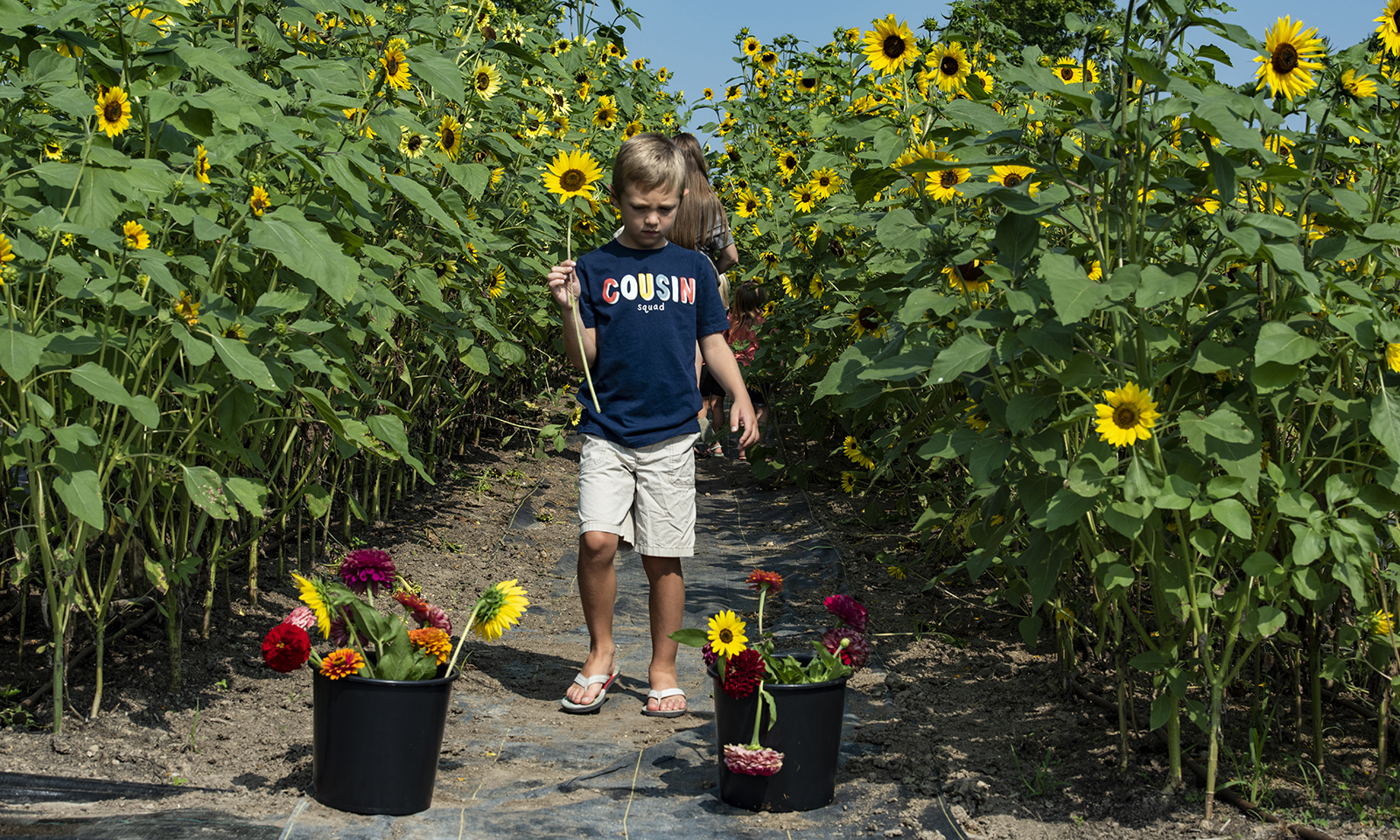 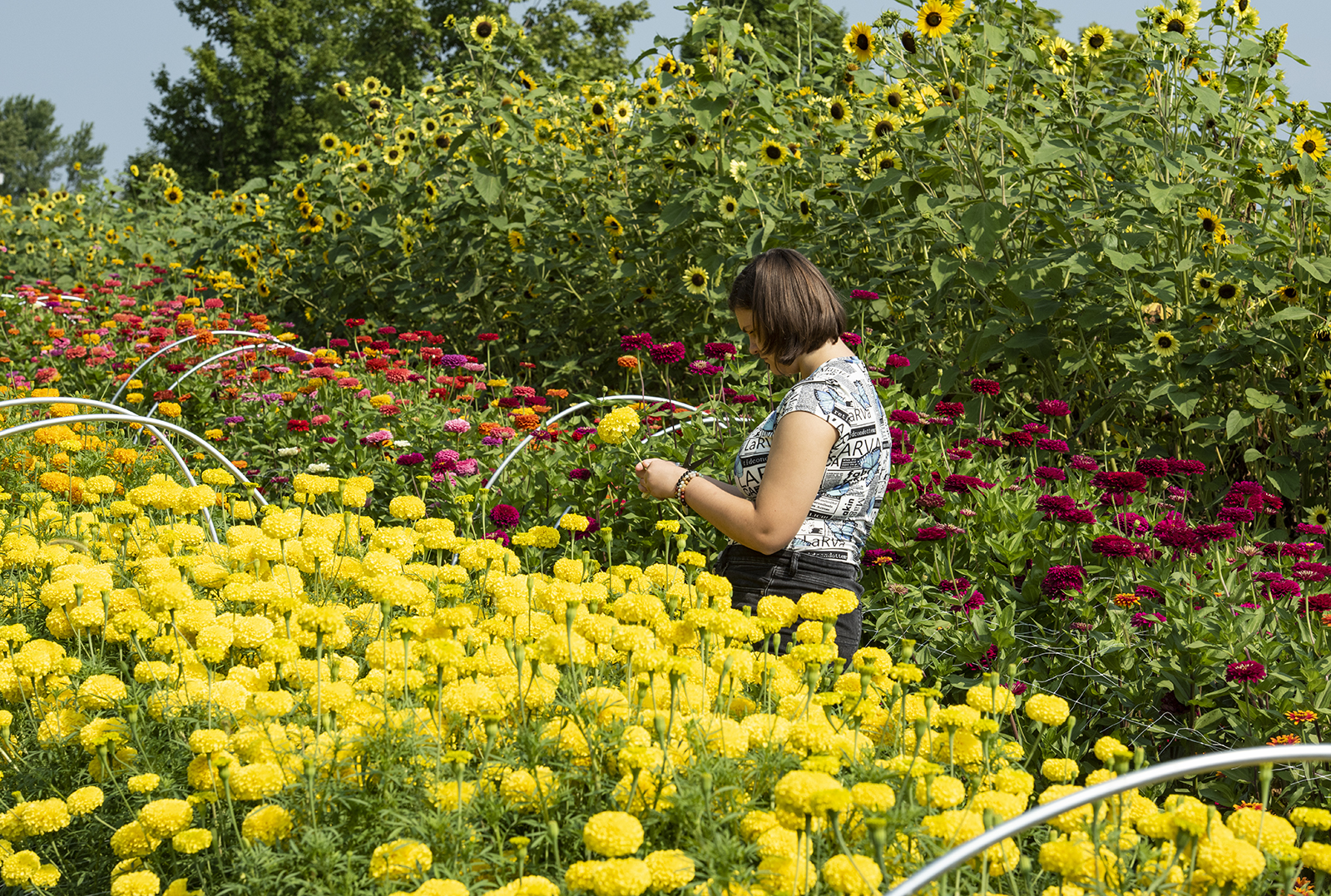 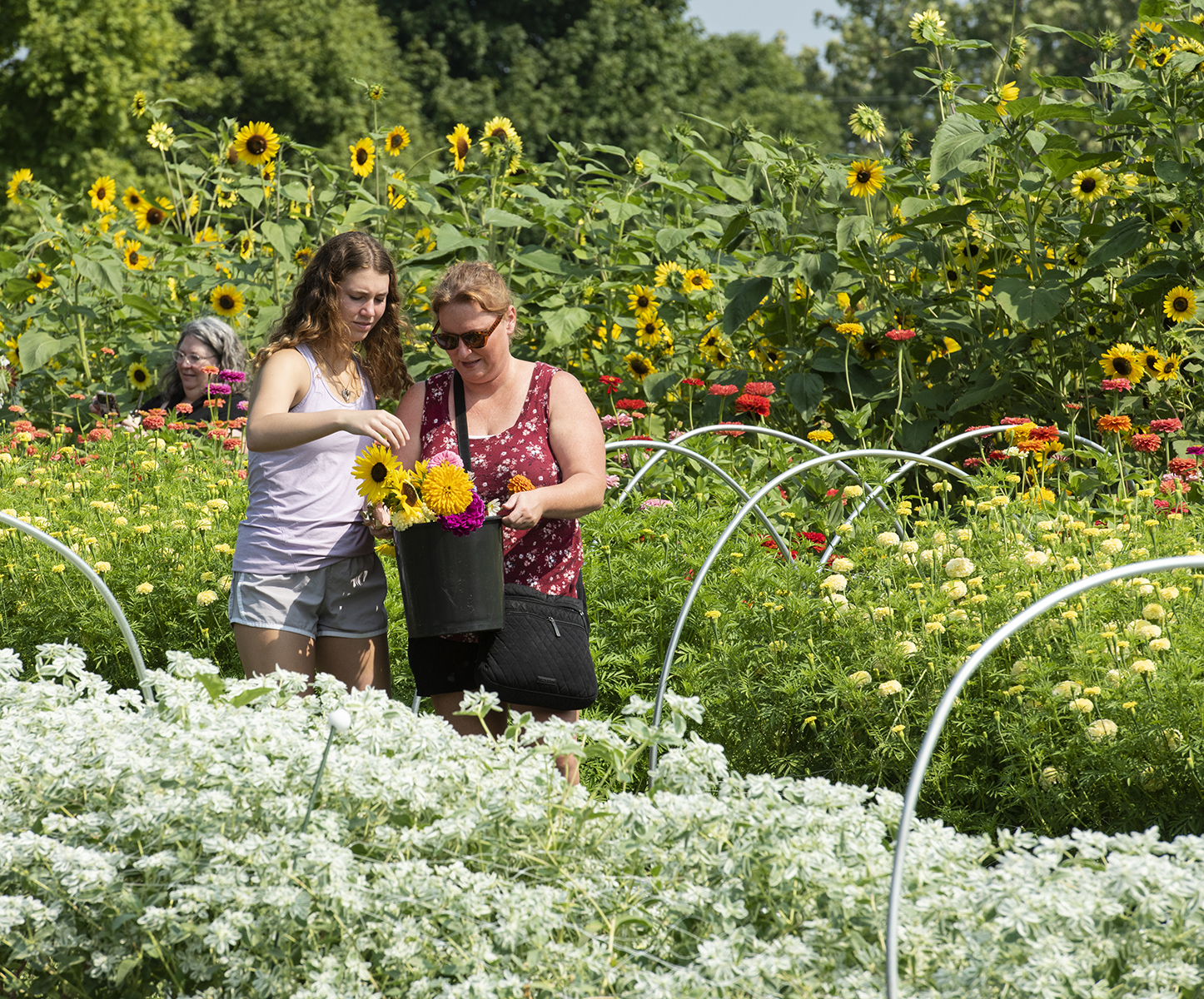 The next year Marleen and Dave continued their floral education, learning that some of the seeds they sowed should have gone in the ground in the fall. Unexpected sidelines for the budding business also appeared. Photographers asked to rent the floral field for photo shoots. The farm hosted wine and cheese events, which turned into four-course meals guests enjoyed among the butterflies and bees attracted by thousands of flowers.

With COVID cancelling passenger flights — the chief path for importing flowers from South America to the U.S. — some florists faced a shortage of blooms for weddings.

“At the end of last year, people started asking, ‘Would you do a wedding?’ ” Dave says. “Around August our first wedding was booked. And it was a big wedding. We had to buy a lot from outside because we weren’t growing a lot of wedding-type flowers.”

Marleen admits she was reluctant to get involved with weddings. “So many people started asking, I was like OK, let’s give it a try. It’s hard to say no. And then once I did it, I was hooked. I love it.”

In short order, what started as one wedding and one bridal shower has grown to 12 weddings. This year, half of the flower field will be devoted to wedding flowers such as peonies. But the couple stresses that the U-pick operation will continue.

“We want people to come out and connect with nature,” Dave says. “It’s a buck a stem, so whether you have $5 or $50 you can still get something nice here. It can make a cheap date night for young people or groups.” 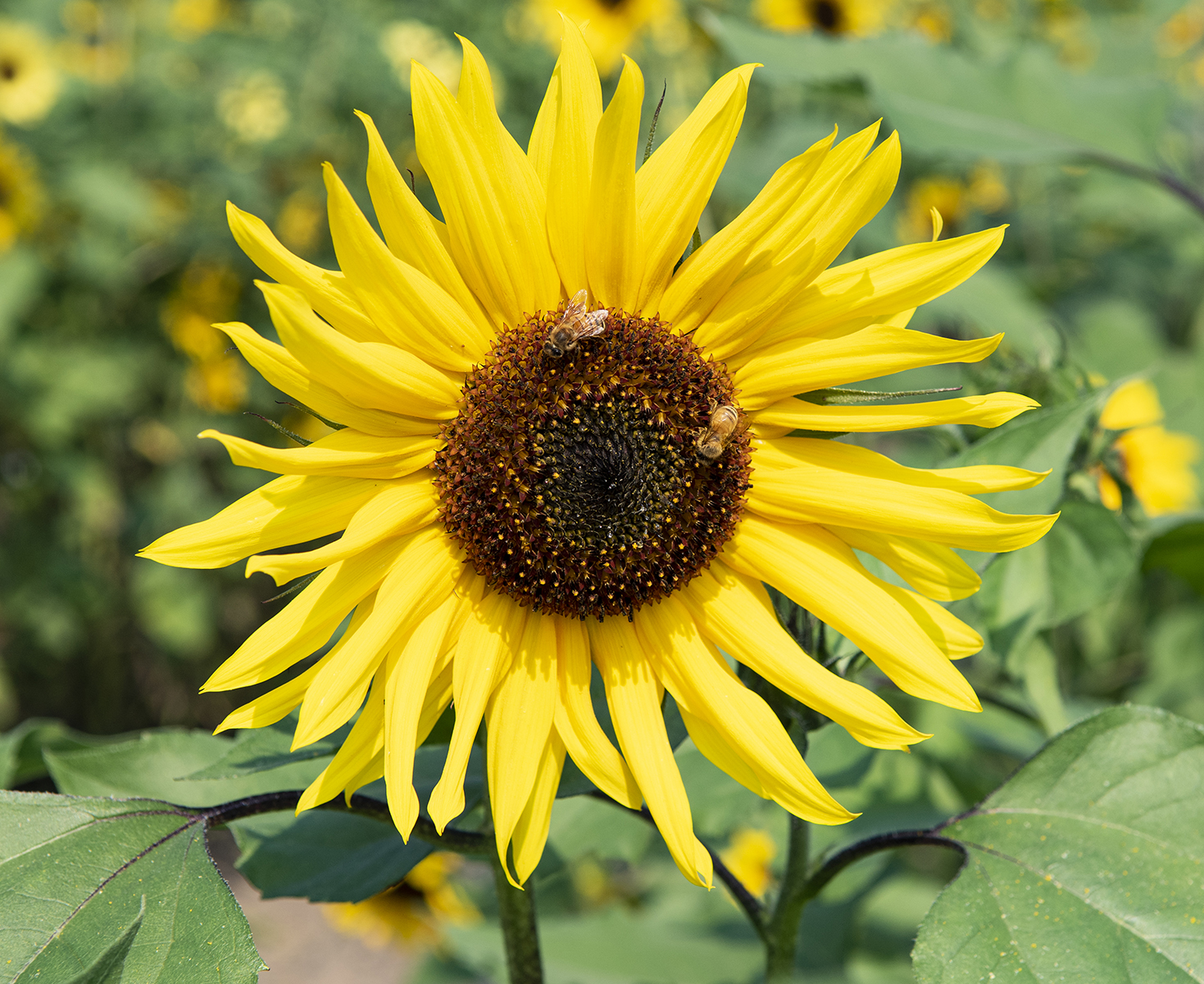 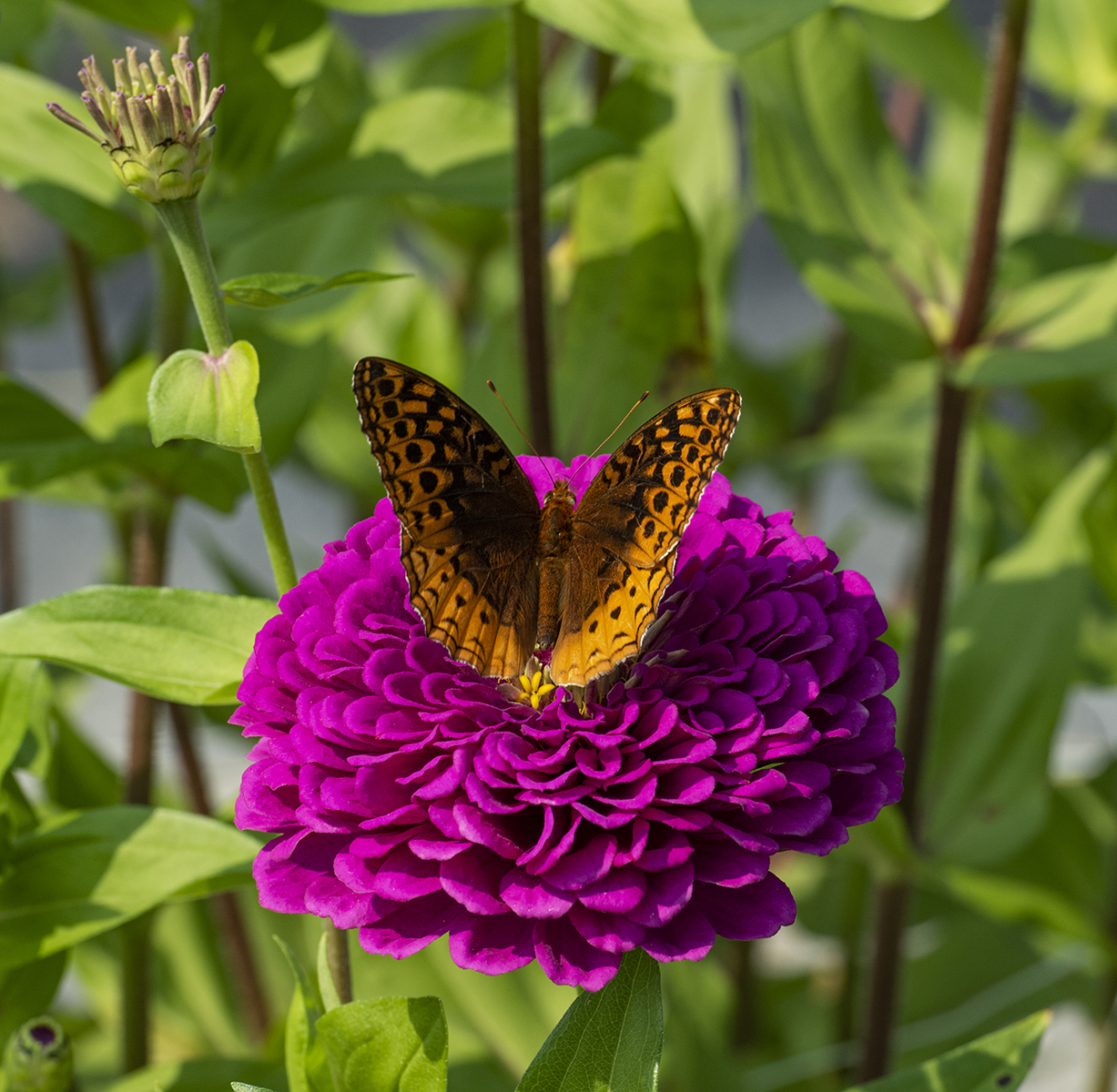 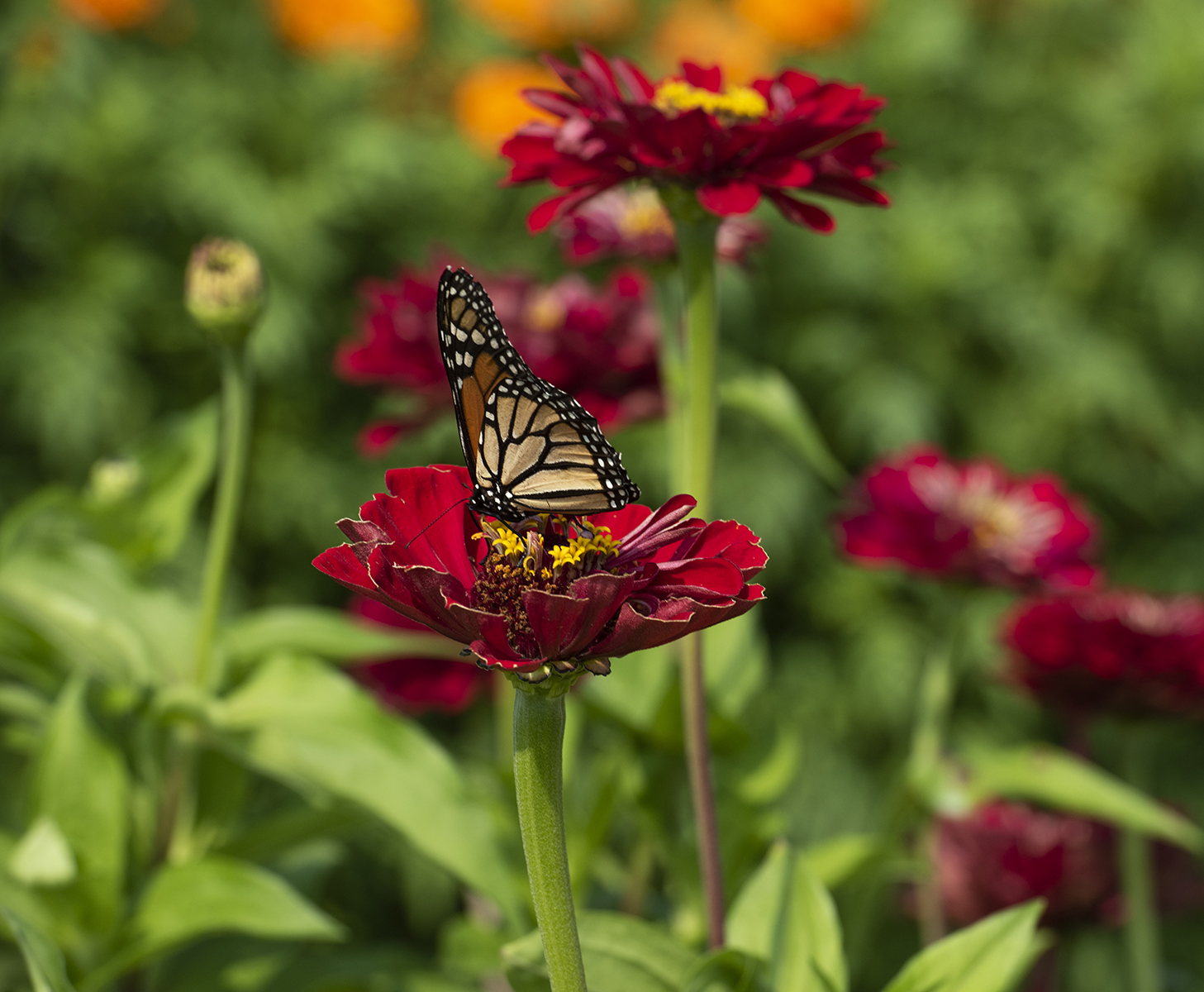 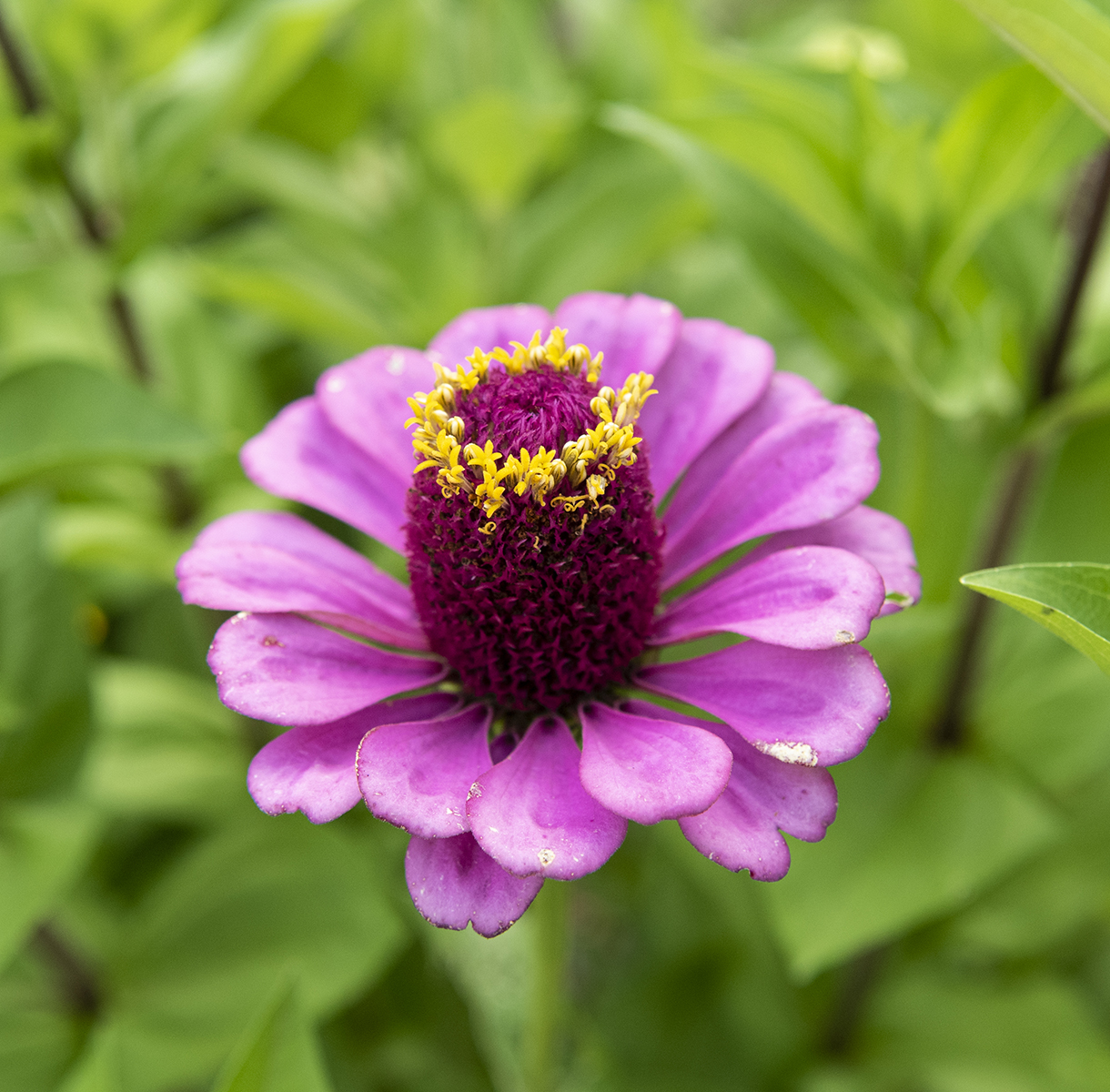 When the field is ready, probably at the end of June, they expect to have more than 7,000 blooming plants in 57 varieties, along with greenery to fill out arrangements.

They also give back to the community that nurtured them. Instead of composting blooms with tiny flaws that once kept them out of bouquets, they launched the No Bloom Left Behind program. Local businesses and individuals come to the farm and arrange vases with these flowers, then deliver them to area nursing homes. Brides have caught on and are donating back their flowers to brighten the lives of others.

The rapid growth of the business has left Dave and Marleen a little dizzy. But they are enjoying the lifestyle. “We are trying not to grow too fast, because we want to enjoy our free time,” Marleen says. “It’s a delicate little trade-off. I still want to enjoy my two cups of coffee in the morning. I don’t want to be interrupted until 9:30. Because we can do that now.”

Turtle Hills Flower Farm is located at 572 Spring Cave Road near Sullivan. For more information, call 573-468-4512 or visit www.turtlehillsfarm.com. The farm is open seasonally. For the latest U-pick times follow the farm on Instagram or Facebook at www.facebook.com/turtlehillsfarm. 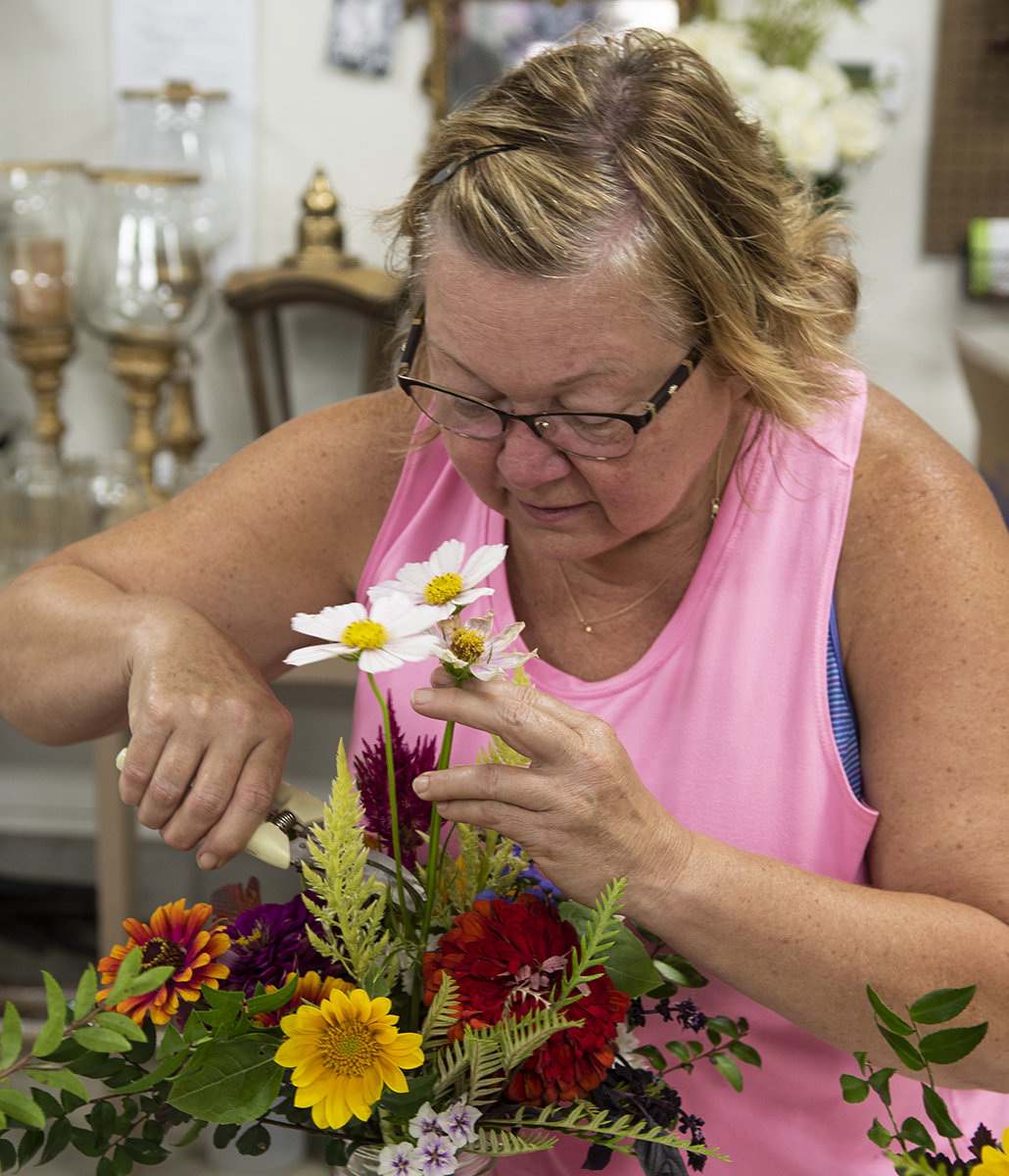 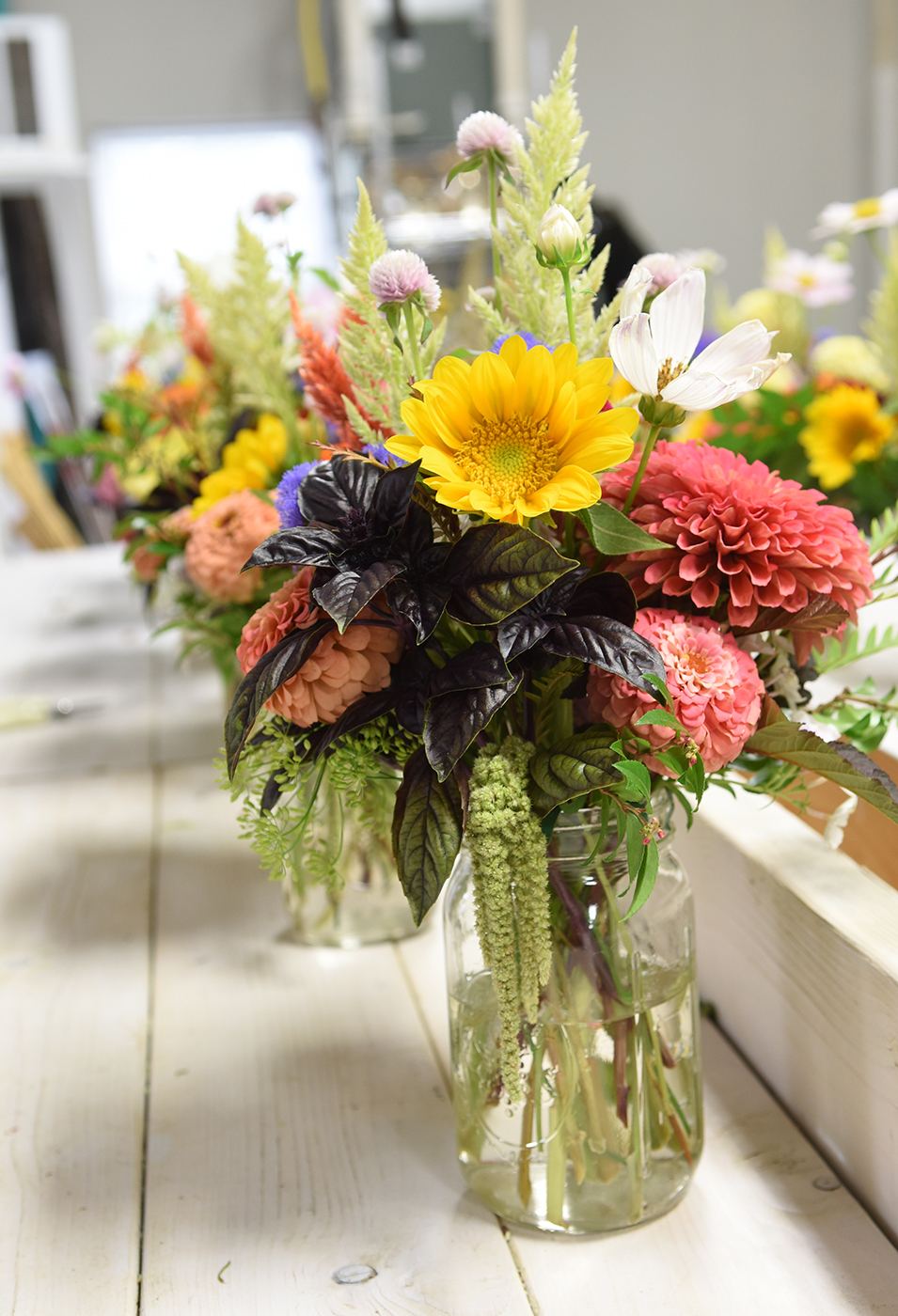