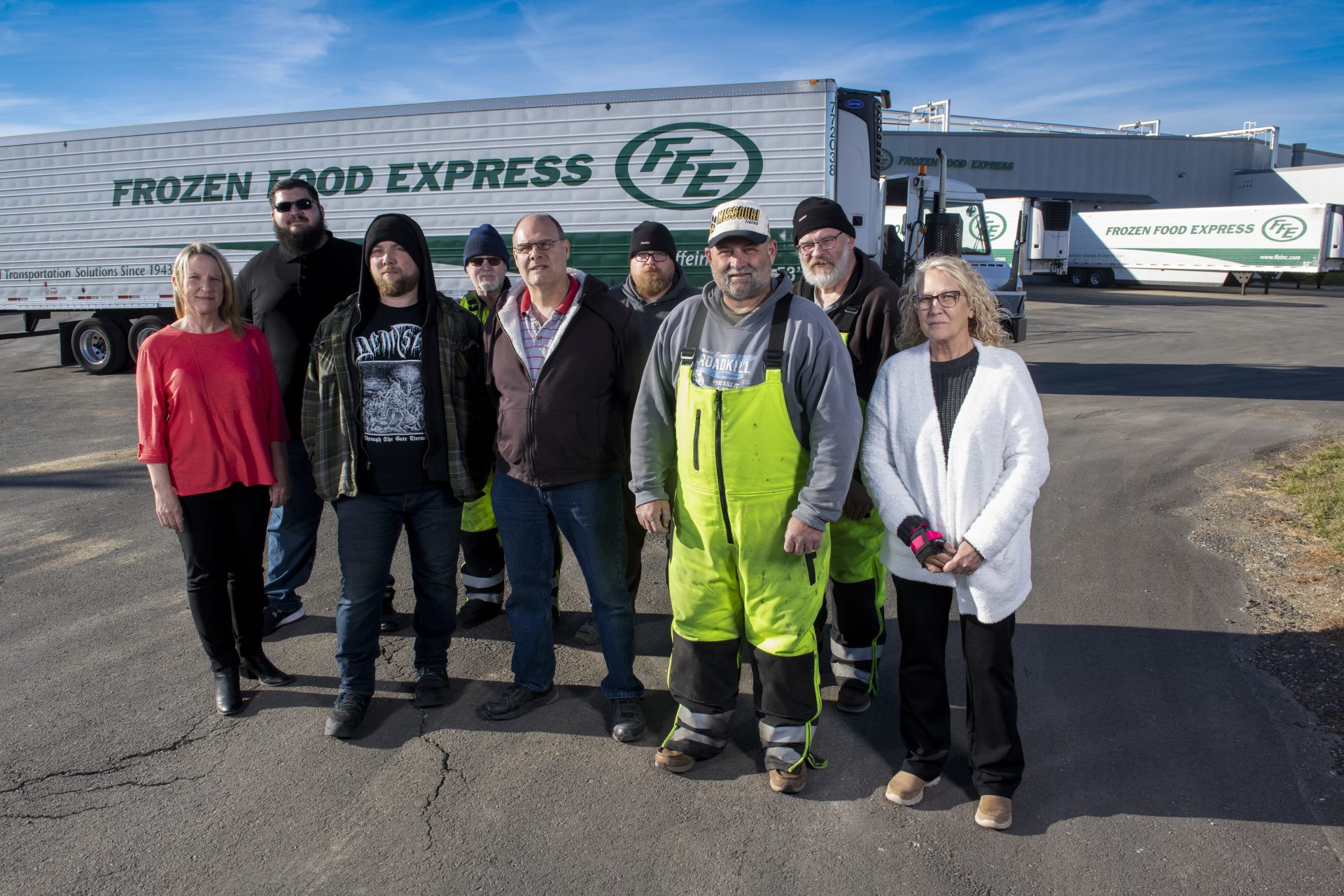 Throughout the year, Osage Valley Electric’s employees are a common sight in western Missouri. During Christmastime and the Olde Glory Days parade in July, linemen hoist lights in downtown Clinton. Right-of-way crews prepare Rich Hill — whose citizens became co-op members this past summer — for an overhaul of its electrical distribution system. Employees visit schools to perform electrical safety demonstrations.

But behind the scenes the co-op helps its neighbors in other ways. As with keeping the lights on or kids safe around electricity, these deeds aren’t done for recognition but to fill a need. Or, as Osage Valley Electric Member Services Director Jana Rosier puts it, “because it’s the right thing to do.”

“The right thing,” in one case, happened after a Russell Stover Chocolates warehouse in Butler closed just prior to the COVID-19 shutdown. Enter Frozen Food Express, or FFE. The Lancaster, Texas-based company, a nationwide refrigerated less-than-truckload carrier, needed a new terminal to expand its routes in the Midwest. When FFE found the shuttered facility, Osage Valley Electric was waiting in the wings to help connect a potential employer and a community hungry to replace lost jobs.

“It’s very difficult to find these types of refrigerated warehouses, and we found several in the Kansas City area,” says Derek O’Rear, vice president of operations for FFE. “At the end of the day, Butler was a great fit operationally, as well as from a community standpoint. We like being in a small town where we can put down some roots.”

The fact the new load wasn’t going to be served by the co-op didn’t deter Osage Valley from helping FFE connect with key players. Derek says FFE completed $6 million worth of renovations to the facility last year, and in 2022 hopes to hire as many as 10 local drivers and add between 40 and 50 over-the-road drivers to its fleet. He adds the co-op along with Missouri Partnership, the Kaysinger Basin Regional Planning Commission and the city of Butler were instrumental in helping FFE make its decision.

“They provided a lot of things from information on demographics to the labor market, basically the data behind it to say, ‘come to Missouri, we feel we can help your company grow here,’ ” Derek says. “They were instrumental in creating those relationships with vendors and the community.”

“The way I look at it is we have members who need jobs,” Jana says, adding two of the co-op’s key accounts now utilize FFE for their transportation services. “The first two people hired were members of ours who had been struggling to find a job at the wages they previously had when working at Russell Stover, and they’re now employed.”

Boosting the community in any way possible is part of the co-op’s pedigree, and extends to Osage Valley’s members who give back through Operation Round Up. The voluntary program allows co-op members to round their monthly bill up to the next dollar amount. Nonmembers can donate to the program, too. The collective change — an average of $6 per member per year — adds up to significant help for the community.

Human Resources Director Carmin Gregory says since the program was implemented in 1993, donors have raised more than $1.64 million. Funds have helped pay for mobility equipment, medical treatments and a variety of bills, not to mention helping families get back on their feet after house fires, car accidents or the loss of a loved one. Those everyday accidents and incidents of life hit a little closer to home in tightknit, rural communities, so the co-op feels a responsibility to help when and where it can.

“We’re so small that everybody knows everybody,” Carmin adds. “Some way or somehow, most of us have a connection to them.”

“We try to hit a lot of different places and keep it well-versed,” Kyla says, adding other funds have helped at least one local kid with medical treatments and a teen with cancer purchase their first car. “It’s usually $1,000 around Christmas and the co-op matches the donation. But we make more than that and we try to do things early in the year for people who need them.”

One thing roughly all 17,000 Osage Valley Electric members might agree they need is reliable, high-speed internet. They’ll soon have it thanks to a partnership between the co-op and Kansas City-based internet service provider Conexon. In January, the co-op broke ground on its fiber-to-the-home project in Crescent Hill. The build was jump-started with $10 million in funding from the Rural Digital Opportunity Fund, and the co-op plans to pursue more broadband funds at the state and federal levels to complete the estimated $75 million project.  Osage Valley is on a five-year plan to build out the broadband network across its entire 3,700-mile system.

“A lot of people don’t have any internet option at all, and that’s probably 80% of our members,” Jana says. “The board has always been about, ‘it needs to be available to every member, not just the higher density areas.’ ”

In the meantime, the co-op and its employees remain rooted in their local causes. One they look forward to returning to is the Community Cafe, wherein a different organization buys and serves a meal to families in the community. The every-Tuesday event rotates between churches in the area, serving between 70 and 80 people in need.

“For those who go it’s really more about fellowship, having somebody to talk to and getting out,” Jana says. “For us, it’s what you do. It’s just part of working here.”

For more information on Osage Valley’s Operation Round Up, visit www.osagevalley.com/round-up-program.