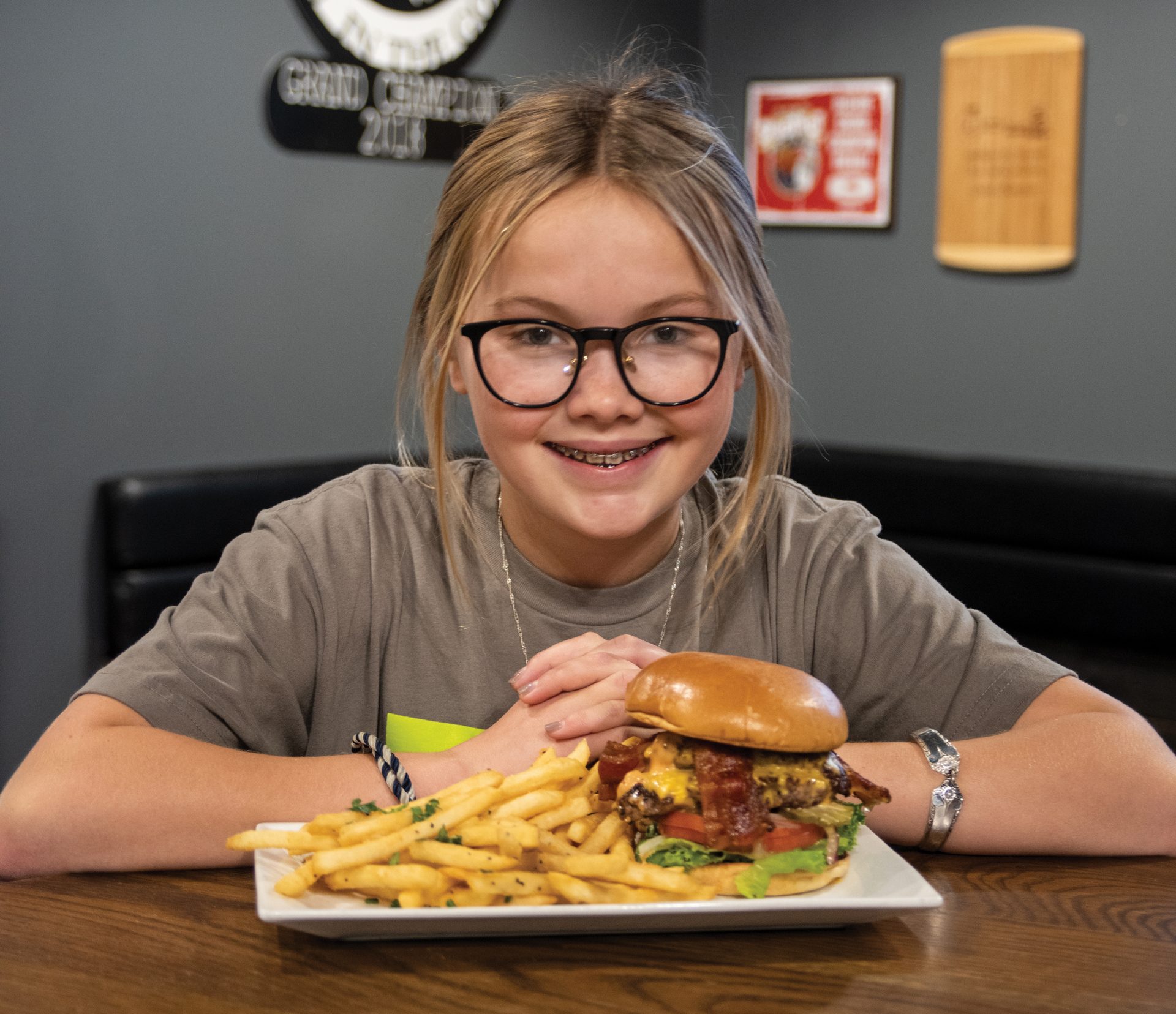 Nixa youth holds her own at food competitions

Molly Leighninger breezes through the front door and jumps up on one of the counter-height chairs at her parent’s Nixa restaurant. The 13-year-old has just wrapped up a busy afternoon of bowling with friends and she’s almost the level of hangry. “I’ll take a burger and fries,” she tells her dad, Brad, owner of the Gettin’ Basted barbecue restaurants located in Springfield, Nixa and Branson.

While the menu is well known for the award-winning barbecue, there’s no question what the seventh grader wants to eat: the Molly Burger.

“I created it with wagyu beef, butter, bacon and a special mix of spices and sauce that I don’t share with anyone,” she says. “The wagyu has more fat which offers more flavor than most beef.”

Coming up with delicious culinary combinations is nothing new for Molly. The teen has been participating in cooking competitions since the ripe old age of 5. With nearly 50 contests under her belt, that most likely makes her one of the youngest cooking competition veterans around.

When Brad isn’t busy overseeing the family restaurants — which also includes the popular pub-style Downing Street Pour House in Hollister — with his wife, Sarah, he can be found bringing home his own wins from professional barbecue competitions across the country. So it wasn’t a shock when Molly, the eldest of their three kids, wanted to join him in the culinary fun.

Molly grew up watching her dad compete and loved it when he would let her add spices to what he was cooking.

“I guess the love of cooking kind of runs in the family,” Molly says, adding her younger siblings, Elley and Hudson, have competed but aren’t as eaten up with competing as much as she is.

Her first competition was at the famed American Royal World Series of Barbecue in Kansas City where dozens of teams vie for the delicious win. 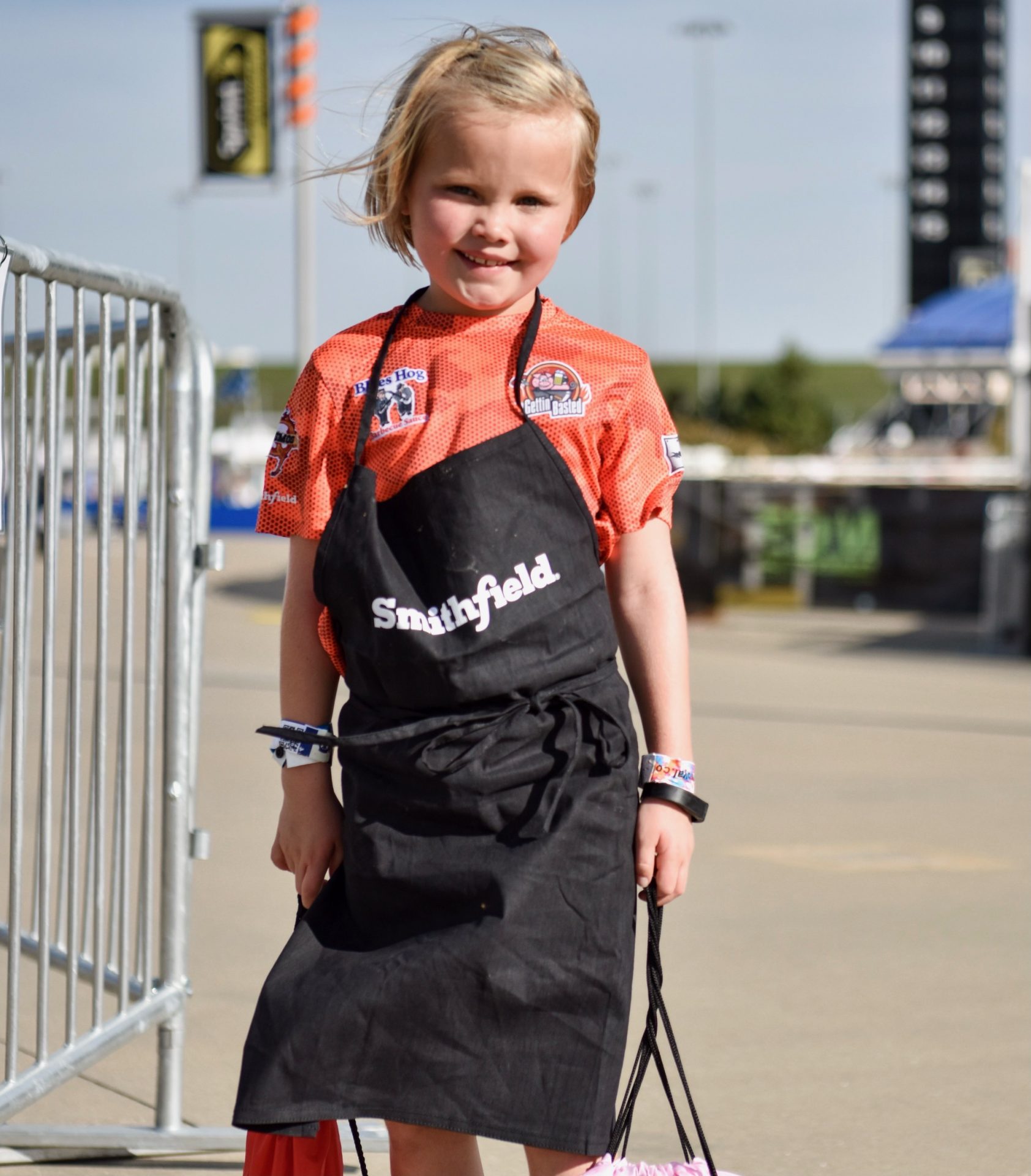 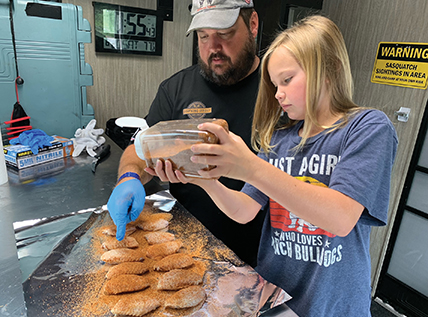 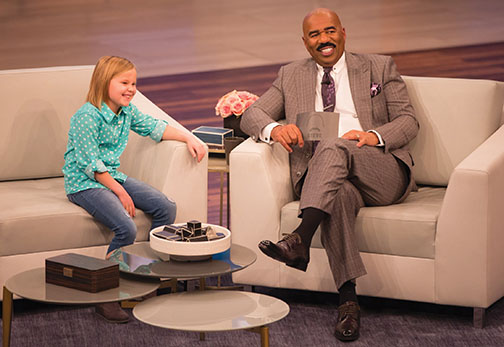 “She entered sliders in the Kids Que competition,” Brad recalls, noting those competitions are for kids under the age of 16. “Molly won fourth place which we feel was really good since she was up against 75 or more competitors.”

Brad says he tries to make as many of the contests turn into family trips. Most of those also host Kids Ques for young chefs like Molly, so she competes whenever possible.

According to Brad, it was at the American Royal where producers from the Food Network learned about Molly’s culinary abilities.

“They called us and then held a Skype interview with Molly,” Brad says. “She’s outgoing and holds her own in a conversation, so that along with her culinary interest got her an invite to Alabama for the World Food Championships and later to film the show ‘MasterChef Junior.’ ”

Soon television talk show host Steve Harvey invited Molly to be on his show to prepare her Molly Burger for the audience. For Molly, the best surprise was that Steve invited TV chef Rachael Ray to join them on stage as a guest and taste tester.

“She kept saying my burger was ‘amazing’ and even asked me for the recipe,” Molly says of her 2017 appearance.

Steve also invited Molly to represent the show as a special correspondent during the Food Network’s New York Wine & Food Festival. The experience allowed the confident young cook to meet even more famed chefs, including Geoffrey Zakarian, Giada De Laurentiis, Gordon Ramsay and Guy Fieri. Giada invited Molly to film with her, and Molly jumped at the opportunity.

According to Brad, while the pandemic halted traveling to competitions for the restaurant team or Molly, the events have started opening up again this year. With too many wins to count, Brad and the Gettin’ Basted team’s most recent win garnered them the Grand Champion victory of the 32nd Jack Daniel’s World Championship Invitational Barbecue held in Lynchburg, Tennessee.

While the awards are great, Molly says not everything is a hit with judges. One year Molly took a steak and turned it into tacos and the judges weren’t pleased. “They really wanted a grilled steak,” says Molly. “Sometimes being creative doesn’t get the win.”

These days, Molly is expanding her culinary repertoire to include items like macaroons and making homemade pasta.

While a culinary track seems to be an obvious choice when Molly graduates high school, she plans on studying business. She’s watched her parents run their restaurants and says, “I know running the business is really the hardest part.”

She pats her dad on the shoulder and adds: “Besides, I’ve got to be ready to take over the restaurants when you retire. Then we’ll add a Molly menu.”