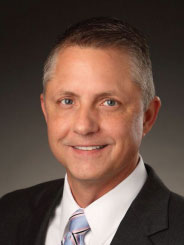 “The Board was committed to fi nding the right person best qualifi ed for our next CEO, so it took time and commitment from the trustees and CEOs of the 17 KAMO member owners,” said KAMO’s President David Trogdon. “There were no shortcuts as the board considered multiple candidates and their qualifications. I’m proud of the way the Board worked together to fi nd our next CEO.”

Ted has been KAMO’s chief operations officer since 2001 and his electric co-op career has spanned 25 years. He was previously employed by Southern Illinois Power Cooperative and Associated Electric Cooperative. He earned his Bachelor of Science degree in electrical engineering from Missouri University of Science and Technology.

Missouri’s electric cooperatives congratulate Ted on his new role and wish Chris all the best in his retirement.