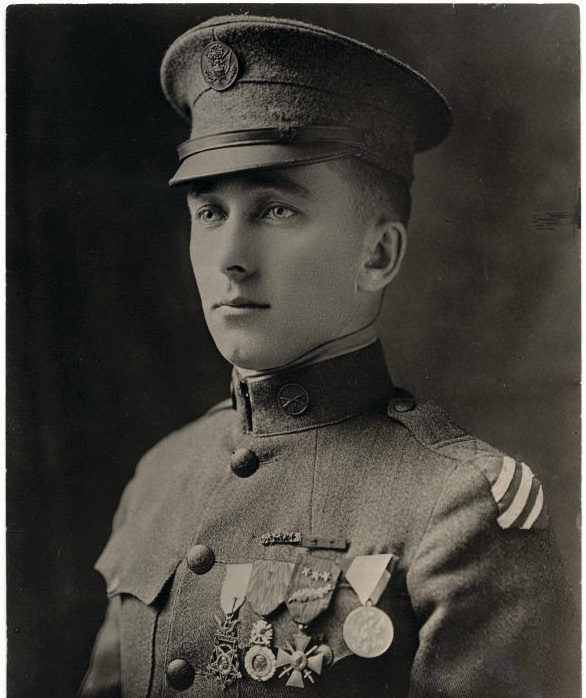 In the months before the U.S. entered World War I, an underaged young man entered the Holden post office where the postmaster doubled as the Army recruiter. He applied for the service and was promptly turned down. “It’s no use, Johnny,” the postmaster lamented. “There’s no place in the Army for a fellow who stutters as badly as you.”

Eventually the 18-year-old slipped into the service using his brother’s draft summons. From this inauspicious beginning he would go on to become one of the most decorated Americans to fight in the Great War, earning the highest honor from six nations. His exploits on the battlefield rival those of Sgt. Alvin York, the Tennessee farmer whose heroics were retold in a 1941 movie starring Gary Cooper — yet few today have ever heard of John Lewis Barkley.

On the night of Oct. 6, 1918, Private Barkley was ordered behind enemy lines to relay information about German troop movements near a strategic French hill. No stranger to infiltrating German lines, he used skills gained from hunting along Scaly Bark Creek back home in his role in an intelligence unit. He served as an observer, scout and sniper, often far from friendly forces.

“He was used to going out and staying late at night in the woods waiting for an animal to come along,” his daughter, Joan Barkley Wells, recalls. “He was a fan of Daniel Boone, so growing up he in a way patterned his exploits after Daniel Boone. There is a family relationship.”

On this particular date John found himself facing a full battalion of Germans preparing to assault the hill. Under the cover of a smoke screen, he grabbed an abandoned enemy machine gun, repaired it and mustered all the ammunition he could carry. He hid inside a French tank that had been knocked out and waited for the smoke to clear. 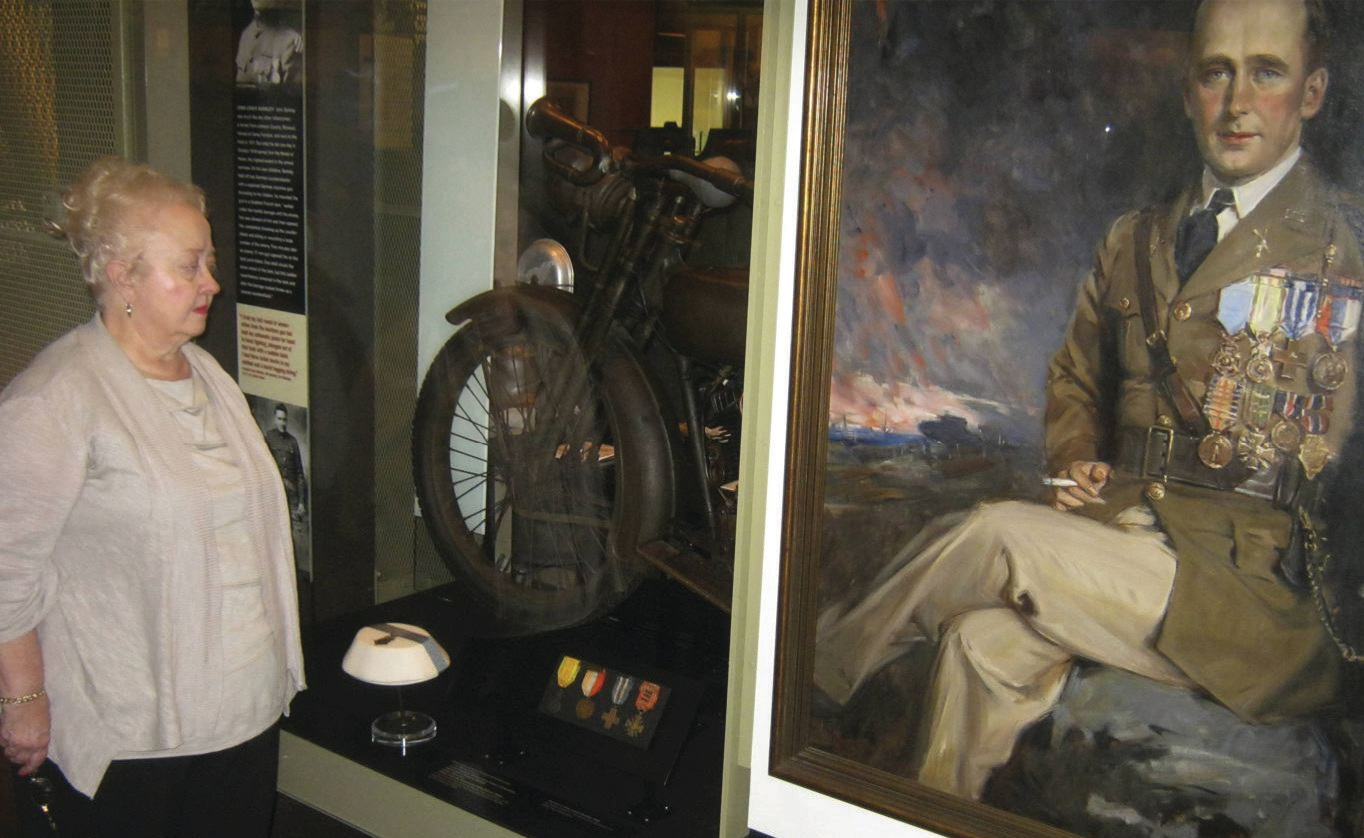 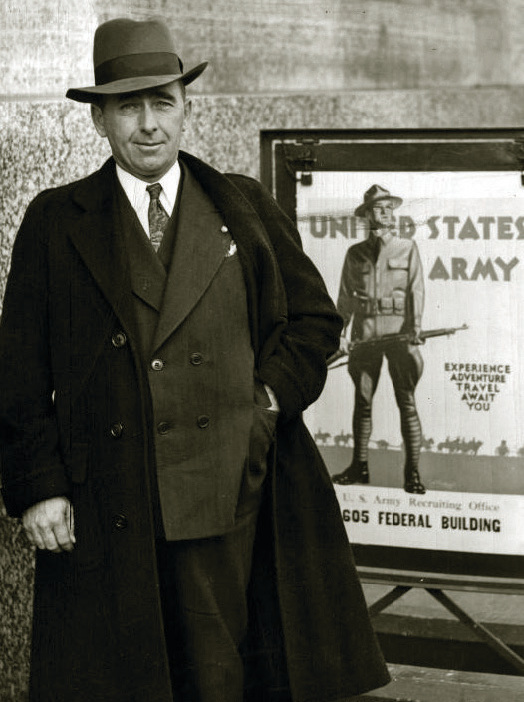 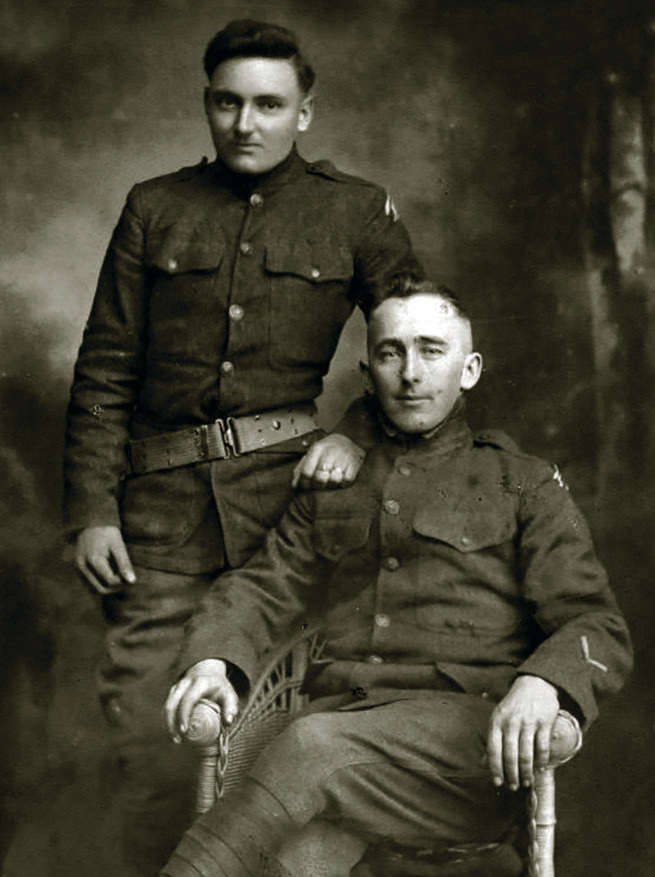 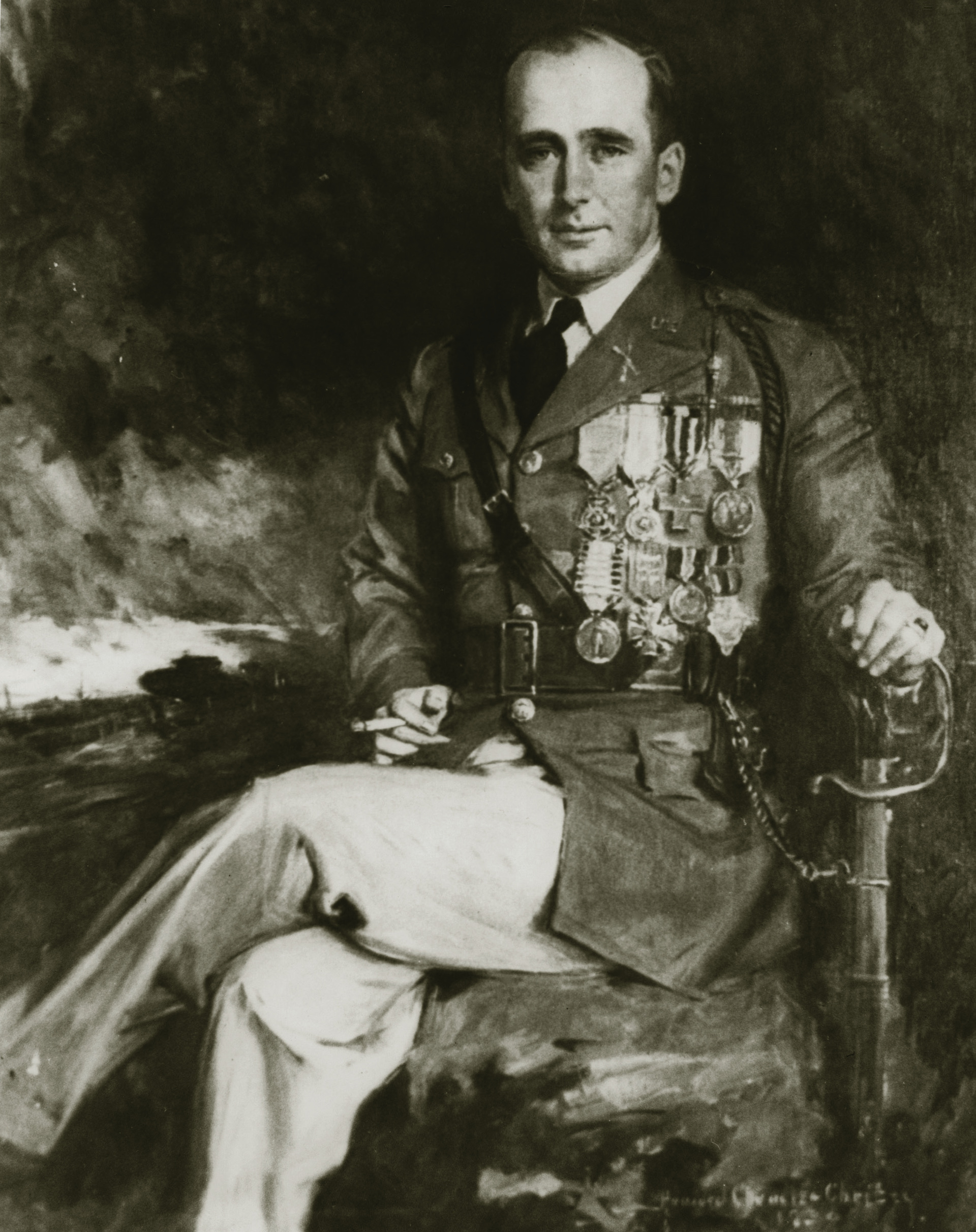 As the Germans advanced John opened fire. “I took a breath, worked the barrel of my gun out through the port, picked the direction of fire that promised the greatest results all the way across the farther flank, let out a little breath, laid the gun waist-high on the man who was closest to me and eased down the trigger,” John related in his memoir.

Confused at first, the Germans quickly figured out where the bullets were coming from and returned fire, their bullets ricocheting off the tank’s armor. “It sounded as if a thousand triphammers were battering against the metal,” John wrote.

The enemy soldiers threw everything they had at the lone Doughboy, including rifles, grenades, machine guns and even shells from a 77 mm field gun, to no avail. Finally, the cannon found the range and hit the tank, knocking John out for a while. He recovered and continued the fight, singlehandedly halting the German advance until the overheated gun refused to fire.

At this time an American counterattack came to the rescue and John was able to slip away and return to his unit, one step ahead of the artillery that was raining down on the tank. He told no one what he had done. However, others had witnessed his bravery. One soldier estimated there were 4,000 spent cartridges piled up inside the tank.

Despite this and many other acts of heroism that put John in harm’s way, he survived the war. On March 16, 1919, John’s company commander told him to clean up his uniform for no apparent reason. His unit joined others lined up on a captured German airfield. Called out with another soldier, John worried that his insubordination finally had caught up with him.

Instead, fellow Missourian Gen. John J. Pershing pinned the Congressional Medal of Honor — literally — on John’s chest. The general’s aide followed up by putting the medal where it belonged.

John didn’t even know what the general had pinned to him until he spotted the distinctive blue ribbon with white stars signifying the Medal of Honor. “After that I got some other medals,” John wrote. “In fact, the medal business got monotonous after a while.”

After the war John returned to the family farm near Blairstown and tried to put the war behind him. The house he returned to was a new one built by his parents in 1918. Today it is owned by Ira and Ruth Hammond, who are members of West Central Electric Cooperative.

“He grew up in a log cabin from what I understand from people who have lived here a long time,” Ruth says. “In my generation — I’m 88 — several people know of him and know the story. I’m not sure that the younger ones do. He didn’t make any bones about being brave or anything. He was just lucky the way it happened.”

A letter John wrote to a friend related his feelings about his homecoming: “I wouldn’t give these Missouri woods up for all the bright lights, Army camp theaters and gay times. I like to get out at times and tear hell out of things — but I was born in the woods — I love the woods and swamps.”

John would see others capitalize on their fame, including Sgt. York and aviator Capt. Eddie Rickenbacker. The farm economy barely provided enough money to support his mother, so John decided to publish his memoirs in an effort to hold on to the land as the Great Depression settled on the nation.

A natural storyteller whose mother once remarked that John needed a bag to carry home all of the “ones that got away,” John worked with a ghostwriter to tell his exploits in the Great War. He found the process of writing a book almost as frightening as the war itself. It was published as “No Hard Feelings” in 1930 but was never a financial success for its author.

Only 3,800 copies were printed. Reviewers were turned off by John’s gory accounts of carnage. Few had the money for even a $2 book during the Depression, and no one, it seemed, wanted to remember the war that took so many American lives with war clouds forming again in Europe. Ironically, those rare first editions sell for hundreds of dollars today, if you can find one.

John’s story might have been forgotten had it not been for the efforts of Steven Trout, an English professor and an expert on World War I history. Steven learned of the book during a visit to the National WWI Museum and Memorial in Kansas City.

“I remember checking the internet at the time to see whether there was any discussion of this book,” Steven says. “There was almost nothing out there. There were a few websites in Missouri that had to do with World War I and they mentioned Barkley. They made an offhand reference to this memoir. But it had nearly vanished by the time I became interested in it.”

With considerable help from the museum and John’s daughter, he brought John’s memoirs back into print in time for the World War I centennial. The new version bears the title John preferred: “Scarlet Fields: The Combat Memoir of a World War I Medal of Honor Hero.”

The new volume has sold much better than the original, with all proceeds going to the National WWI Museum. Fittingly, John’s medals and all of his papers are archived at the museum, along with a painting of him in full dress uniform.

Late in life, John moved to the Kansas City area where he worked tirelessly to make the Shawnee Mission, Kansas park system a reality. He died in 1966 as the most famous man few have ever heard of. His daughter hopes those who discover her father’s story also learn of his later work detailed in her afterward of the new edition.

“He was civic minded,” Joan says. “Especially when it came to the parks and things. Because he felt that he was so lucky to have grown up in Missouri in the woods and did more or less what he wanted.”

“Scarlet Fields” is available on Amazon.com or from the University of Kansas Press at www.tinyurl.com/yd6rvqnq. For more information on the National WWI Museum visit www.theworldwar.com.