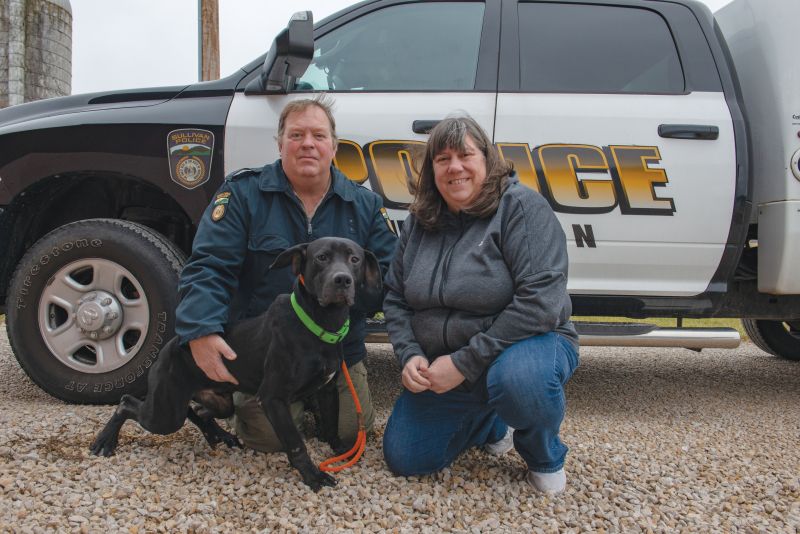 If you asked Lori Rego a decade ago what her calling was, animal advocate probably wouldn’t have been the Crawford Electric Cooperative member’ and employee’s answer. “I wasn’t really sure if I could do it,” says Lori, who is the co-op’s marketing communications coordinator. “I was worried about them getting euthanized, about getting attached — everything people worry about when they volunteer at a shelter. But it’s one of those things where you fall into a place and didn’t realize you were supposed to be there.”

Soon after volunteering for the Home At Last Organization, or HALO, Lori started living the love she’s still helping to spread. She adopted the fi rst dog she walked, takes home the cats who find themselves new mothers until the kittens are old enough to be adopted and photographs every pet that is brought through the door. After 10 years as HALO’s president, she can’t imagine doing anything else.

For stray pets in the city of Sullivan, Lori’s dedication is a good thing. Animal Control Offi cer Jim Bogert estimates he takes in
around 400 adoptable animals every year. If that sounds exaggerated for a city of roughly 7,000, it isn’t. The American Society for the Protection of Cruelty to Animals estimates roughly 6.5 million pets — the vast majority being cats and dogs — enter shelters annually. Of that number, more than 23 percent are euthanized. That estimate has fallen from 40 percent in 2011, thanks largely to an upward trend in adoptions and returned strays, but it’s still a heartbreaking statistic to HALO’s volunteers.

“People think that because an animal is in the pound then it must have been abused or mistreated, but sometimes it’s just because a living situation has changed,” Lori says. “Owners don’t want to give up their animal, but they have no place else to go and it’s not the dog or cat’s fault that they’re here.”

Some of Lori’s service comes courtesy of Crawford Electric through its Community Ambassador Time program. Tailor made for addressing the seventh cooperative principle, Concern for Community, the program allows employees 16 work hours per year to volunteer with nonprofi t and community organizations. Lori takes her “CAT” time literally, and along with nine other volunteers is committed to fi nding those wayward pets in need a new home. Based on national statistics, they’re building a phenomenal track record of doing so well before limited space becomes a serious concern.

“I haven’t had to put an adoptable dog down in 10 years, come May,” says Jim, also a Crawford Electric member. “Most of them get adopted, and getting the word out is the main thing.”

Lori describes HALO’s role as a networking organization rather than a rescue, because the city is responsible for the care of the animals. Meanwhile, the nonprofi t gets the word out about pets available for adoption at the pound through local television, radio, newspapers, online search engines and its 10,000-follower strong Facebook page. HALO helps handle the adoption paperwork with new owners. Beyond fi nding homes for adoptable pets, HALO helps Jim take care of them anyway that it can. All of the Sullivan pound’s animals over 4 months old are vaccinated for rabies before being adopted per state regulations, and HALO provides those adopting with a certifi cate that covers half the cost of spaying or neutering up to $50. Other recent accomplishments include funding improvements to the existing animal control facility, which increased capacity, and new cages to help minimize the risk of cats causing each other injury or transmitting an illness. As such, the need for monetary donations often goes farther to help more pets than gifts of food or litter, but Lori says HALO is happy to accept the help.

Businesses in the Sullivan area pitch in to assist the community’s four-legged friends. A jewelry store sells charms, a veterinarian and
a gift store sell pet brushes and one charitable citizen sells ornaments and homemade dog treats with all of the respective proceeds going to HALO. Other businesses have donated time, labor and materials to help construct the nonprofi t’s onsite offi ce. Among the army of Facebook followers, many share HALO’s posts and some have independently chosen to use the birthday fundraiser feature to aid the nonprofi t’s mission. 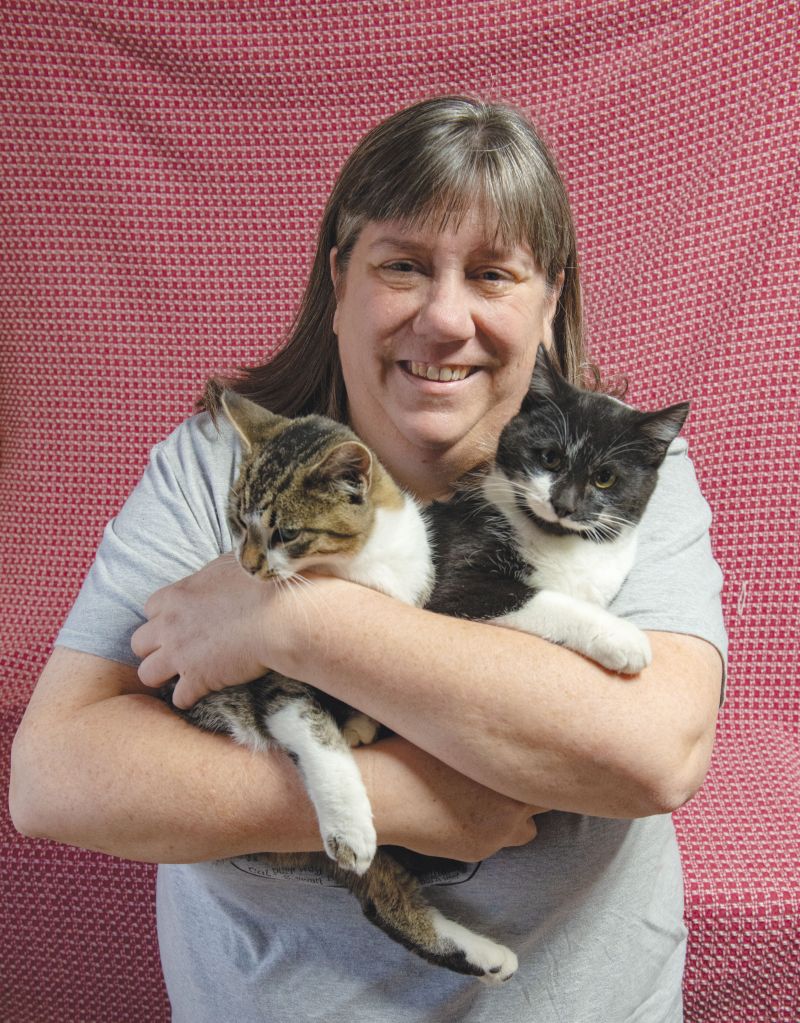 Lori photographs all of the animals who are available for adoption from the city, such as three-month old Flick and Ralphie. HALO uses both social and traditional media to get the word out about pets in need of new homes.

“It’s amazing because it’s only a small little city pound but everyone here really cares about it,” Lori says. “The community here just says, ‘What can we do for HALO?’ ” When possible, HALO also tries to spay and neuter animals before adoption. One less expense associated with taking in a new pet hopefully gives potential owners more of an incentive to adopt. And it helps to curb, at least locally, the underlying cause of too many strays. Last spring donors to the nonprofi t were able to fund the procedure for a dozen pets through Give STL Day. By logging her volunteer hours through Cabot Creamery Cooperative’s Reward Volunteers program in 2017, Lori netted HALO a $2,500 donation fi ttingly sponsored by CoBank. “That’s a lot of spays and neuters,” she says with a laugh.

Lori recommends that people who are thinking about adopting a pet check to see if they have a local pound, shelter or rescue, and that owners looking for specifi c dog breeds not rule out those facilities. HALO also uses online adoption listing websites such as www.petfi nder.com and www.adoptapet.com, which make fi nding a homeless pet located near you easier than ever.

“I tell people to look at pounds fi rst if you can,” Lori says, “but any place you adopt from is good, because you’re still saving an animal.”