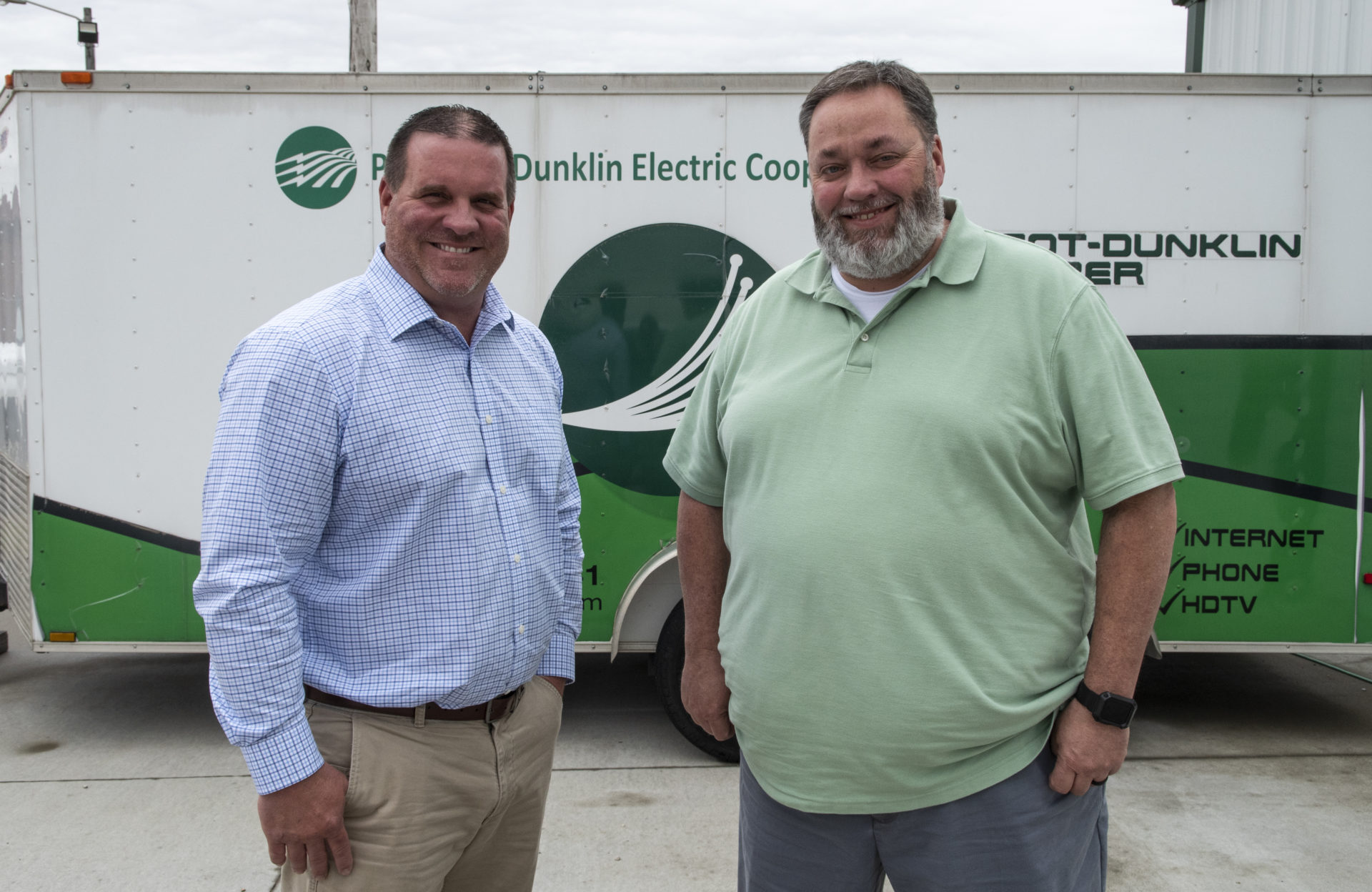 The employees and directors of Pemiscot-Dunklin Electric Cooperative have a saying they like to use when it comes to discussion about how best to help the communities they serve: “If we don’t do it, who will?” That’s the thought that led the cooperative based in Missouri’s Bootheel to launch its fiber-to-the-home project in 2017.

“We serve some of the poorest communities. I don’t see anyone else coming in and investing money at least not in the rural areas,” says Jamie Vaughn, CEO of the cooperative’s electric side. “Folks here once thought they were never going to get light and power to their homes. And then they thought they would never get internet. Now they are getting it.”

Already the multiphase project has brought high-speed, fiber-based internet, TV and phone service to more than 2,200 people and businesses, well ahead of the goal set by the feasibility study. It’s expected to wrap up within the cooperative’s service area by the end of 2021.

It’s a lot like what happened in 1937 when Pemiscot-Dunklin Electric Cooperative was first organized.

“You can directly relate the fiber movement that’s going on right now in the 2020s with what happened in the 1930s with the electric movement,” says Jack Davis, general manager of Pemiscot-Dunklin Fiber. “Big companies are not going to come in here and provide service in small rural areas. They can’t make a quick profit off of it. Our main goal is to provide great service and pay back what it took to build it — and eventually put money back into the co-op which will keep electric rates in check.”

That focus on service and community can be seen in what the cooperative did during the early stages of the COVID-19 pandemic. As schools shifted to virtual learning, many students from Bootheel schools found themselves unable to do schoolwork because they did not have access to internet service.

“When the pandemic hit we went into the communities we serve and put in public accessible hot spots anyone can use,” Jack says. “We picked spots with a parking lot so people could use it. Here at the co-op we opened up our guest network.”

But the cooperative didn’t stop there. Working with area schools, they identified students who couldn’t afford internet service. They provided those students with service at no charge.

“It’s something we felt like we needed to do to be a good community member,” Jack says. “It was 10 or 15 kids, it wasn’t a lot. But these were underprivileged kids who really needed the service.” 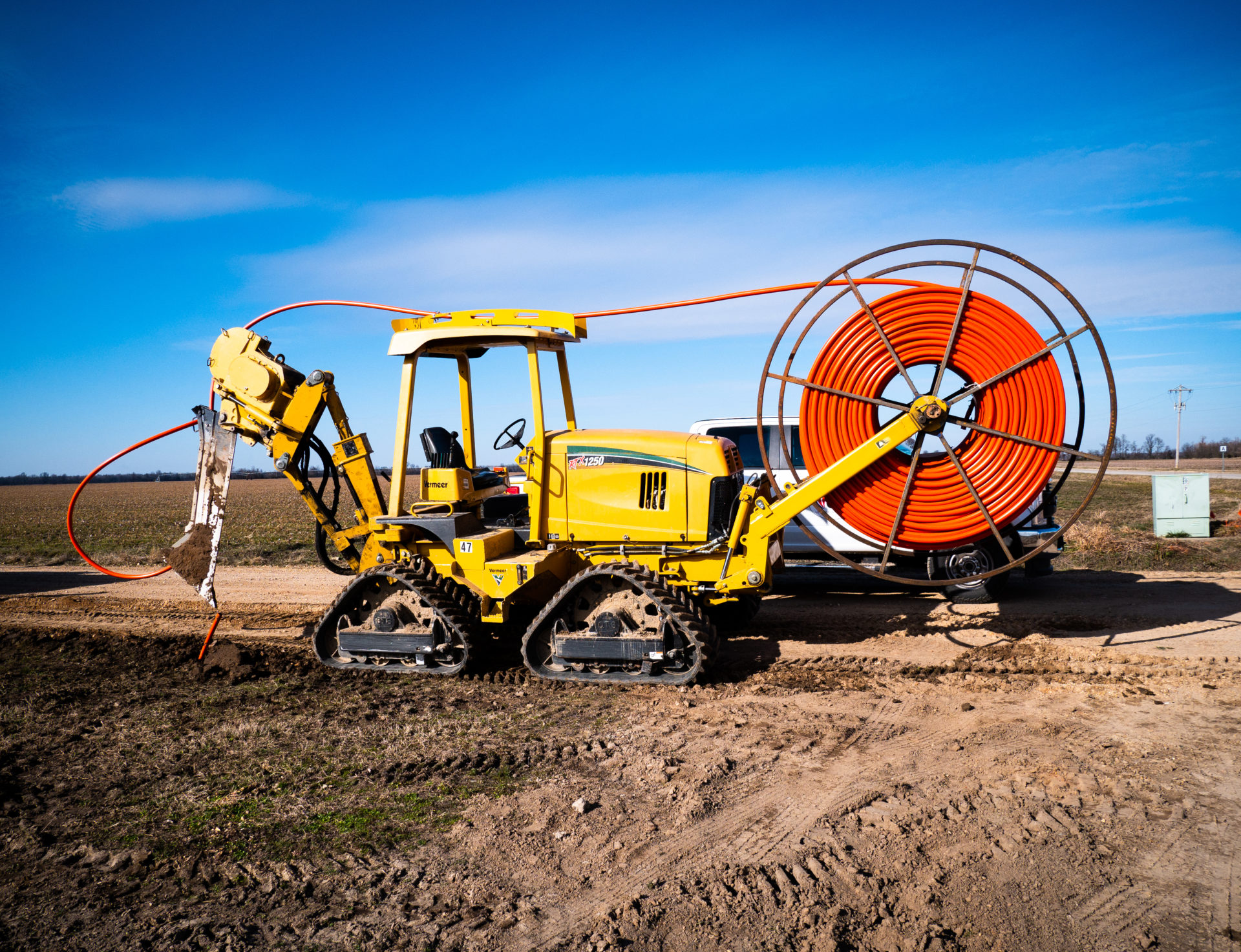 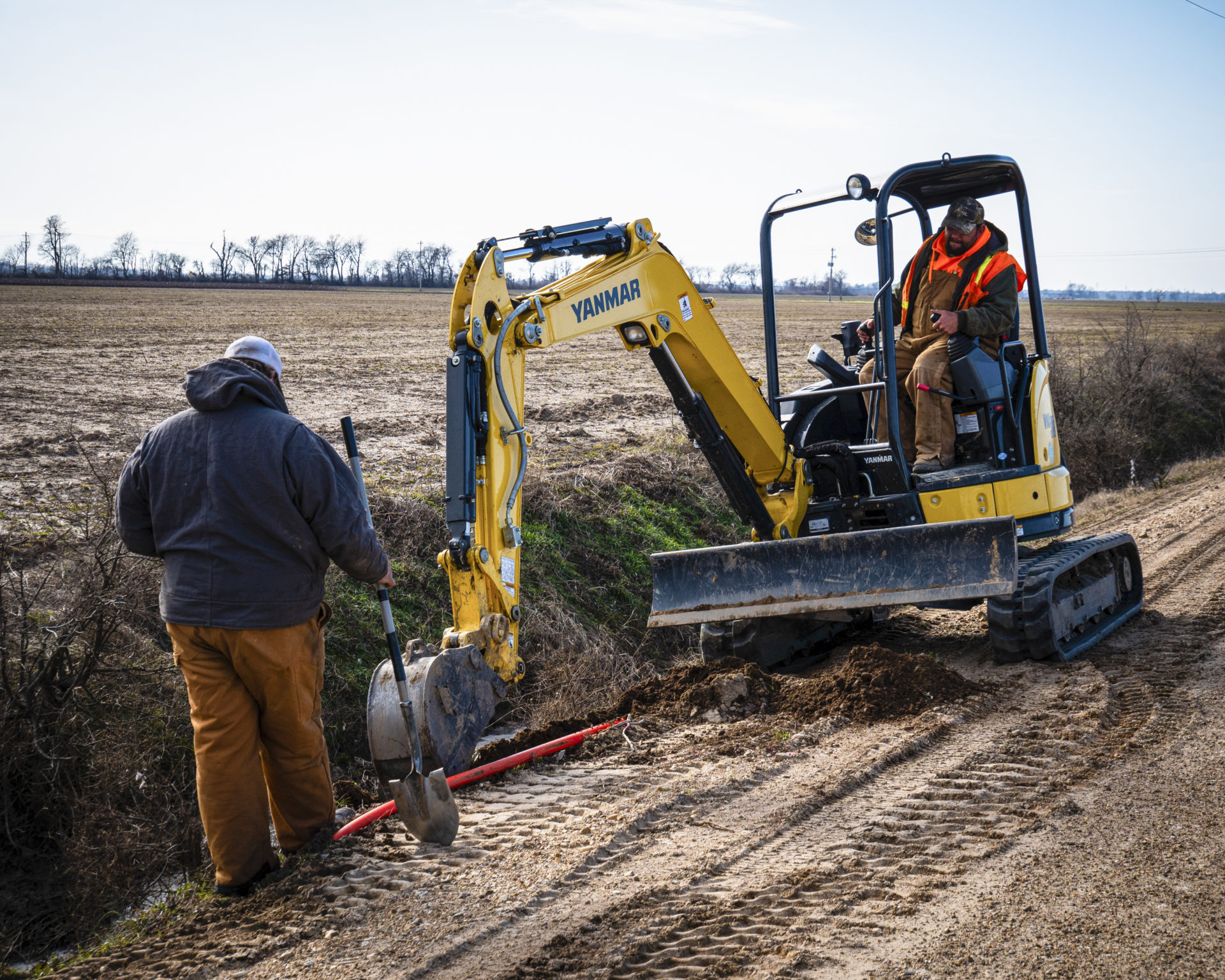 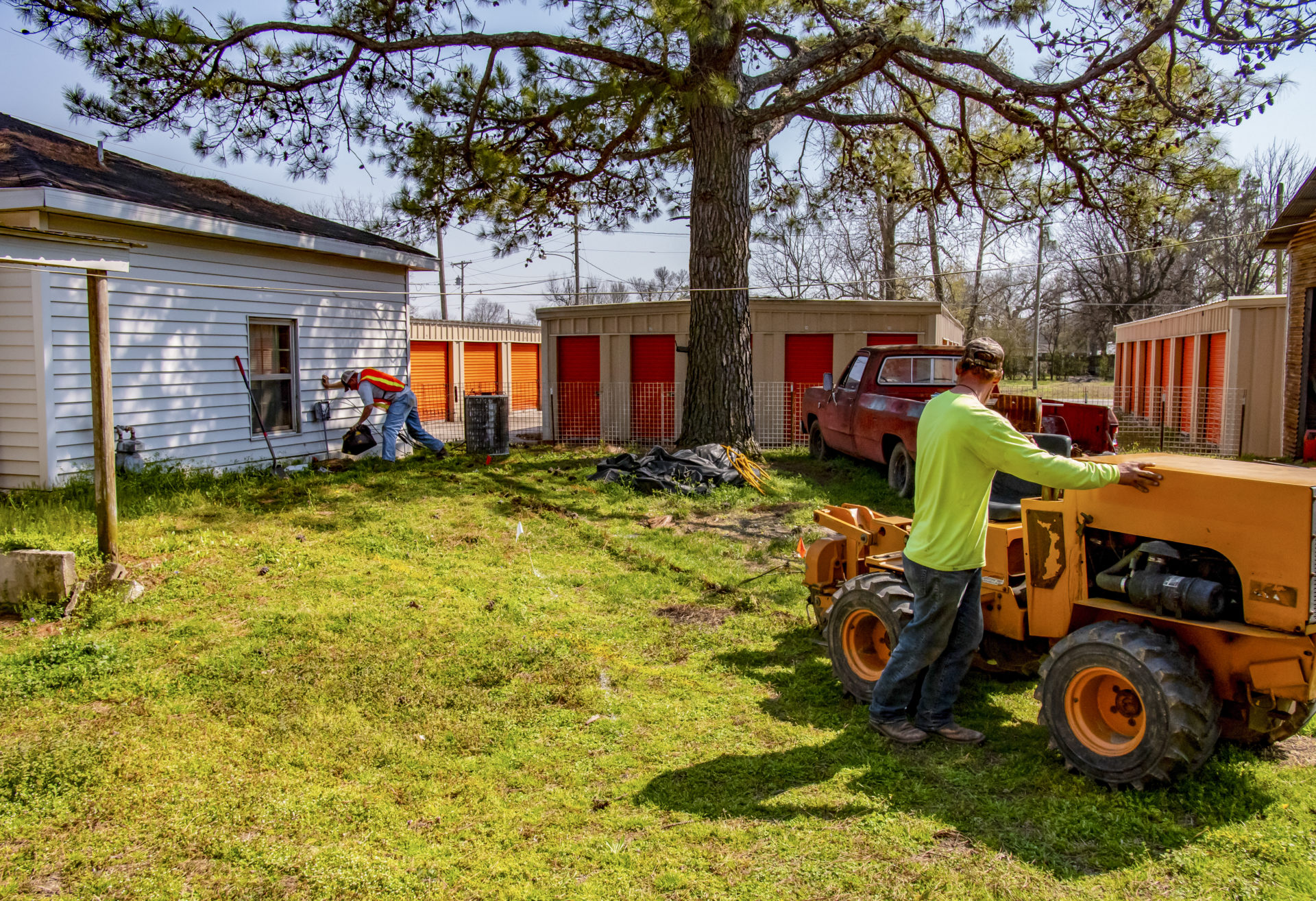 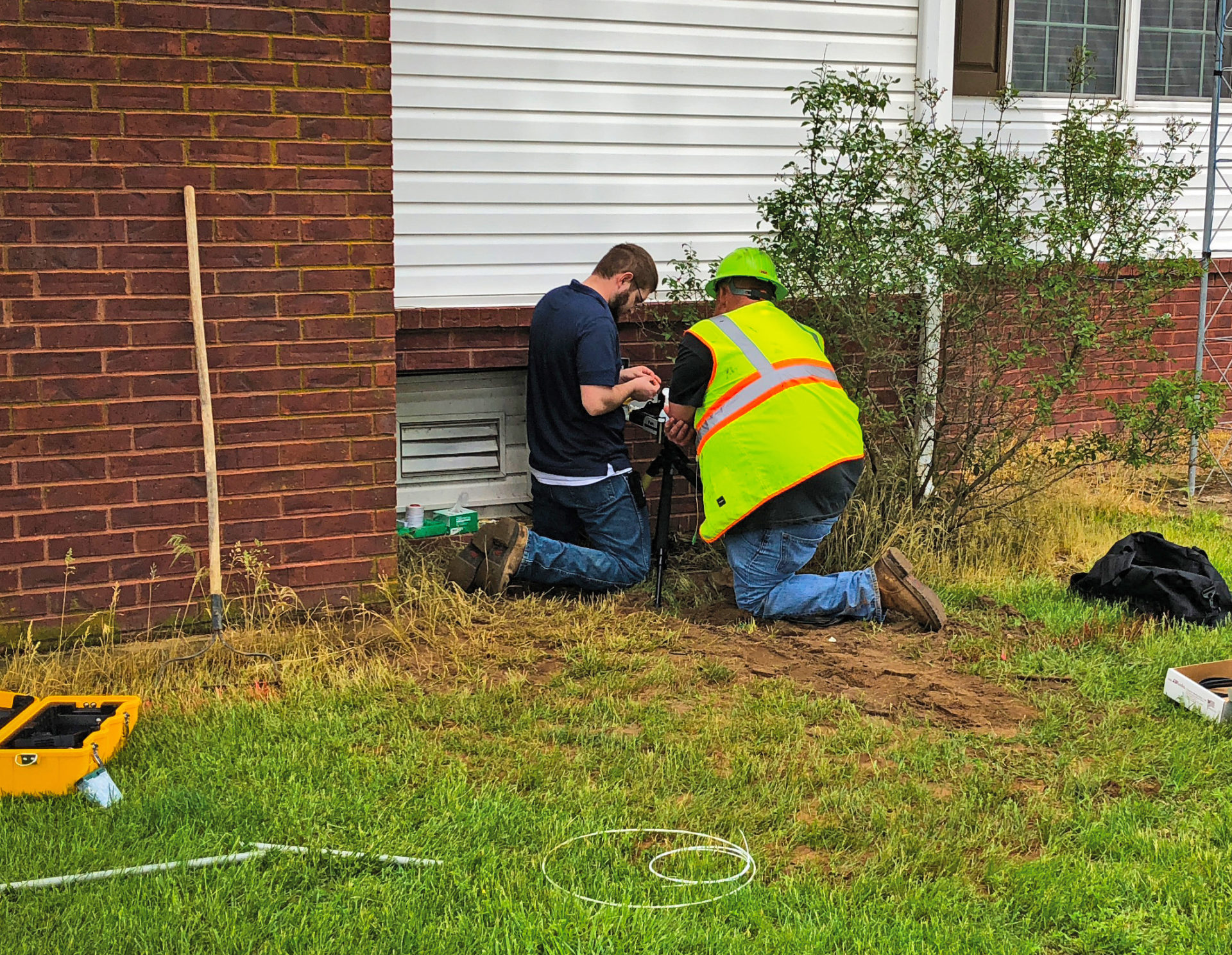 Pemiscot-Dunklin Fiber also joined the federal government’s Emergency Broadband Benefit Program, which reimburses a portion of the internet bill for anyone who qualifies. This benefit helped connect eligible households to jobs, health care services, virtual classrooms and more during the pandemic.

While the fiber-to-the-home service has benefitted many families, the biggest boost may be to local businesses. Access to high-speed internet allowed one local bank with branches in several Bootheel towns to set up a private network between its offices, while saving money on its phone service.

A local photographer, Jason Bishop from Hornersville, discovered a night-and-day difference when his high-speed connection was installed. It used to take him 6 to 8 hours to move his digital photos to an image processor. Now that effort takes just seconds.

“Fiber has simplified my life and has streamlined my business so much that I can now focus on growing my business, not spending time behind the computer trying to upload client galleries,” Jason says. “Not only is the service incredibly fast, it’s affordable at just over $70 a month for the 1 gigabit connection. Now I can upload a 900-megabyte client gallery in 30 seconds or less. It’s literally done before I can even type out the name of the client in the gallery.”

But the biggest benefits are yet to come for the cooperative’s members on the electric side. Once the fiber network is completed, Jamie plans to use it to connect the cooperative’s electric substations. This will allow the engineering department to closely monitor its equipment and to shift power from one substation to another following outage-causing storms.

“When we have an outage the system will be able to detect it before anyone knows it,” Jamie says. “It will pop up on a screen. Once it determines there is an outage it will start pinging meters until it finds the first one that is out. So we know where to start looking when the guys go out.”

“There’s many other benefits that are coming,” Jack adds. “We’ve made a lot of strides to modernize things. But when the fiber project started we kind of switched gears and focused on that. This is going to modernize the co-op in the coming years. We really look forward to that.”

Jack often gets calls from rural people around the state who want to know why their electric co-op is not providing fiber internet service. He points out that Pemiscot-Dunklin Electric is blessed with a flat terrain with sandy soil and few rocks. “It’s easy to work in,” he says. “Other co-ops have hills, rugged terrain, national parks and things like that. You’re not going to find a rock here unless it’s on a gravel road.”

The sandy soil of the Bootheel allowed Pemiscot-Dunklin to put its fiber underground. A local contractor offered a low rate to plow the cable into the ground, keeping its crew close to home. That also is keeping the new lines off the electric poles, which will reduce stress on the poles and make repairs easier for the co-op’s linemen.

Combined with the work going on to the north at SEMO Electric Cooperative, a big chunk of Southeast Missouri will soon experience all of the benefits of the fastest available internet service, with speeds up to a gigabit per second, ultrahigh-definition TV and affordable, crystal clear phone service.

“I look at all the storms I went on as a lineman,” says Jamie. “You get that humbling feeling when you turn people’s power back on and help out the community. And I see it now as my neighbors are getting fiber.”