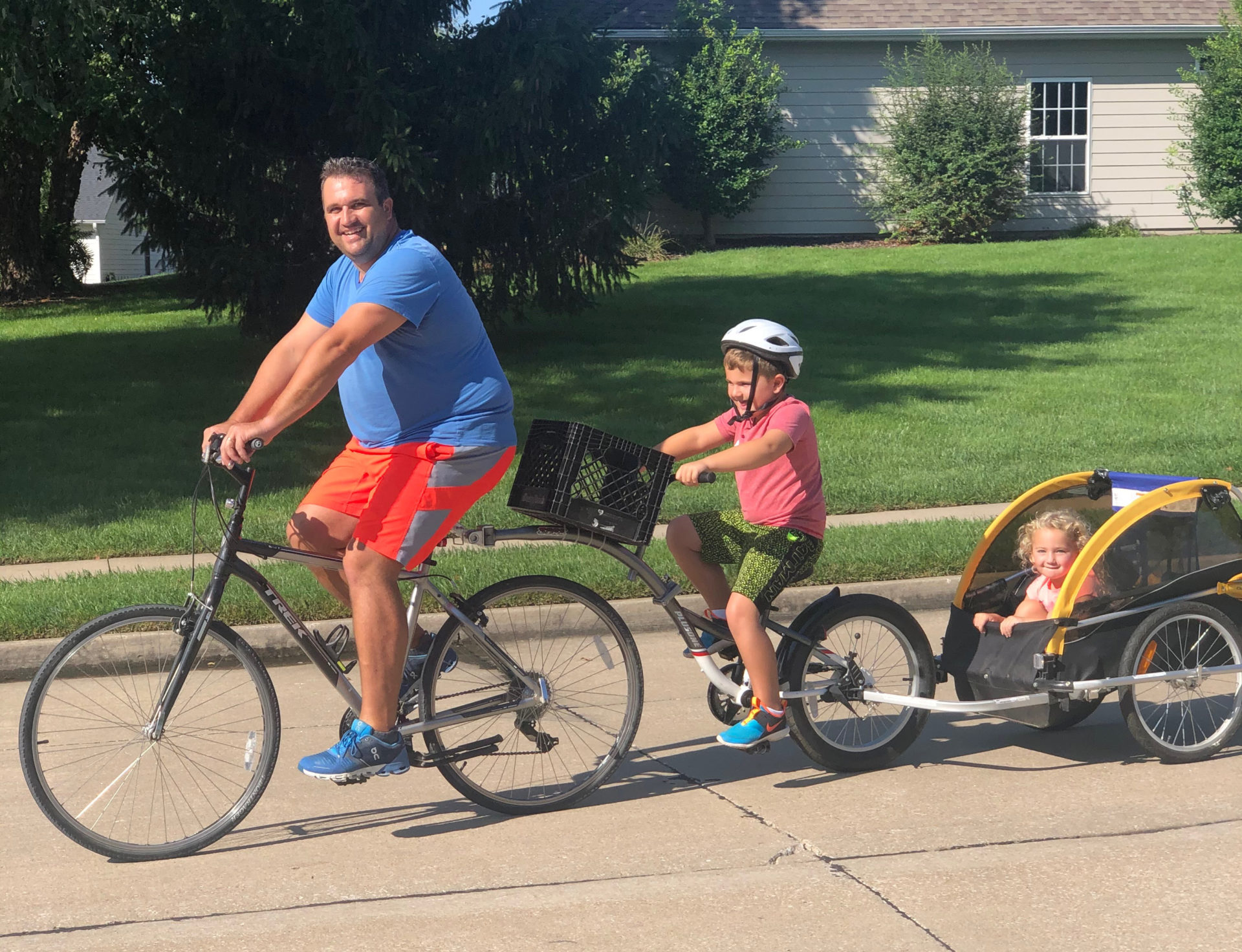 It was one of those sunny days this past month when I decided my kids should learn how to ride a bike. After a couple of scraped knees, a few tears and one very tired dad, I realized learning to ride a bike takes more than 15 minutes. I gave up and spent the next couple of hours pulling both of my kids around the neighborhood in a contraption I call the “bicycle train.”

The next day while I was at work my wife sent me a picture of Max and Charlie pedaling up and down the street. When I got home that night, I asked her how she managed to get our kids riding their own bikes so quickly. She explained that after I spent the previous day dragging our kids around behind me, they realized how much fun riding a bike could be. No one wants to do something until they see a value in it.

Your electric co-op figured this out much quicker than I did. They were built on the idea that rural areas were great places to live, but only if the same benefits city folks had — like electricity — were available.

While there are some members who still remember life without electricity, how do you keep the same passion for the electric cooperative alive in the next generation? If we don’t teach our children the value of living in rural Missouri and being a member-owner of an electric cooperative, how can we expect them to stick around when they become adults?

Keeping the best and brightest rural kids in the community while creating the next generation of leaders was a concern electric co-ops recognized early on. Fortunately, they came up with some great ideas to help.

One is the Rural Electric Youth Tour to Washington, D.C. Every year this program grows as more rural youth write an essay, then step up to the microphone for the downright frightening task of giving a speech. The winners go on a trip of a lifetime to the nation’s capital where they walk in the steps of legends and see symbols of our great country.

Missouri co-ops went a step further and created the Cooperative Youth Conference and Leadership Experience, or CYCLE. Those selected for this program visit our state capital where they will sit in the legislative chambers and craft a bill for debate.

It didn’t stop there. Electric co-ops have many other ways to help rural youth achieve greatness. They have partnered with Missouri’s tech schools to support our future lineworkers and offer scholarships that have sent farm kids to college.

It would be easy for electric co-ops to just focus on reliable, affordable electricity, but that’s not how co-ops were built. They were built by stepping up to create better communities and leaders for rural Missouri’s future. Leaders like me, who received an electric co-op scholarship that gave me the chance to come back home and join the fight to make rural Missouri a great place to live, work and raise a family … something I am forever thankful for.