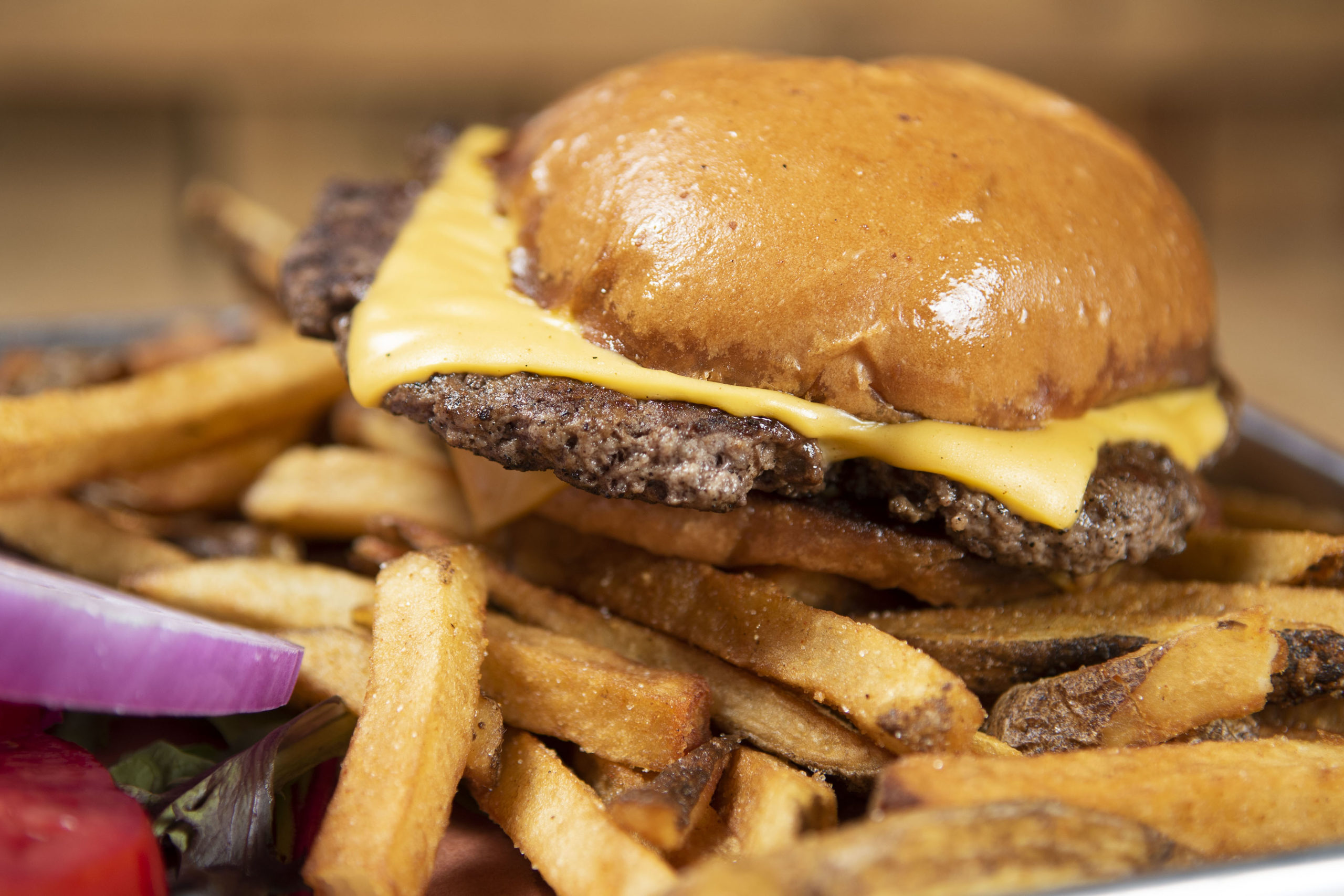 Down-home food in a cozy setting

The southeast corner of Camden County is definitely meat-and-potato country. Mike Jones knew that about his hometown of Montreal when crafting the menu for his first restaurant, and today he goes through more than 500 pounds of potatoes per week. Suffice it to say, if you leave Jones Outpost hungry, you’ve only got the mirror to blame.

The team at Jones Outpost has been serving plentiful portions of classic down-home dinners like your grandma used to make alongside Mike’s unique creations since 2018. Leaning on a lifetime of restaurant experience, Mike serves up everything from chicken tenders to lobster tails.

“I would say it’s comfort food with a twist or fine country cooking,” Mike says. “It’s the kind of food I grew up eating around here and made from scratch.”

Mike started in restaurants before he was in high school, initially busing tables and later finding his home in the kitchen. He had toyed with the idea of opening a restaurant in the past, but the timing was never just right. After leaving the restaurant business for a few years, Mike was approached by a friend who owned the former firehouse in Montreal.

“I just wasn’t sure if a restaurant would go over in Montreal,” he says.

Luckily for Mike, he was wrong; really wrong. “People always talk about location, location, location,” Mike says. “But we’re out in the middle of nowhere with good food and we treat everyone real friendly and people find us.”

One of the most popular starters at Jones Outpost is Mike’s interpretation of a southern staple. The pimento dip includes bacon, smoked Gouda, smoked cheddar and pepper jack cheeses. The refreshing appetizer is served cold with crackers.

Another customer favorite highlights the restaurant’s commitment to making things from scratch, not frozen out of a bag. The hand-battered onion rings are breaded and cooked to order. Fresh onions are dipped in flour, buttermilk and then flour again before taking a bath in the fryer. The rings are seasoned as soon as they are removed from the oil and served piping hot.

The Outpost Burger is popular with area farmers according to Mike, especially at lunch. Mike partners with a local butcher to freshly grind a lean blend of beef for the burgers. The meat is hand-pattied out to about 9 ounces so “when it gets done cooking, you’ll have a true half-pound burger.”

The beef is cooked to order on the flattop and can come with a host of toppings. Hungry for a cheeseburger? They don’t skimp on the cheese, with three or four slices per burger. It’s served on a warmed bun Mike sources from a local bakery and served on a bed of fresh, hand-cut fries.

“But by cutting the potatoes ourselves every day, blanching them in the oil and finishing them off to order, we have a nice, crispy fry that is a much better product,” says Mike, a Laclede Electric Cooperative member.

Customers flock to Montreal for the fried chicken. While not on the menu, locals know it’s at minimum available on Thursdays at Jones Outpost.

The simplicity of the fried chicken is what gives it its noteworthy flavor. Four pieces of fresh, never frozen chicken are breaded with flour and dropped in peanut oil. It fries until it’s golden brown and floats on both sides. It’s served with green beans and homemade mashed potatoes with a cream gravy.

“We don’t use any fancy marinades, brines or secret breading techniques. It’s just simple,” Mike says. “The peanut oil gives it a much superior flavor. When you bite into it you get that crunchy and salty taste on the outside and it goes along with the juiciness of the chicken inside.”

The fried chicken is so popular that while the dining room was shut down due to the COVID-19 pandemic, the restaurant still kept busy sending customers home with to-go fried chicken family meals.

The breading for Mike’s Fried Katfish is so secret that he doesn’t even know it. “It’s my brother-in-law’s recipe,” he says with a laugh. “He mixes it up for us and brings it to the restaurant.” 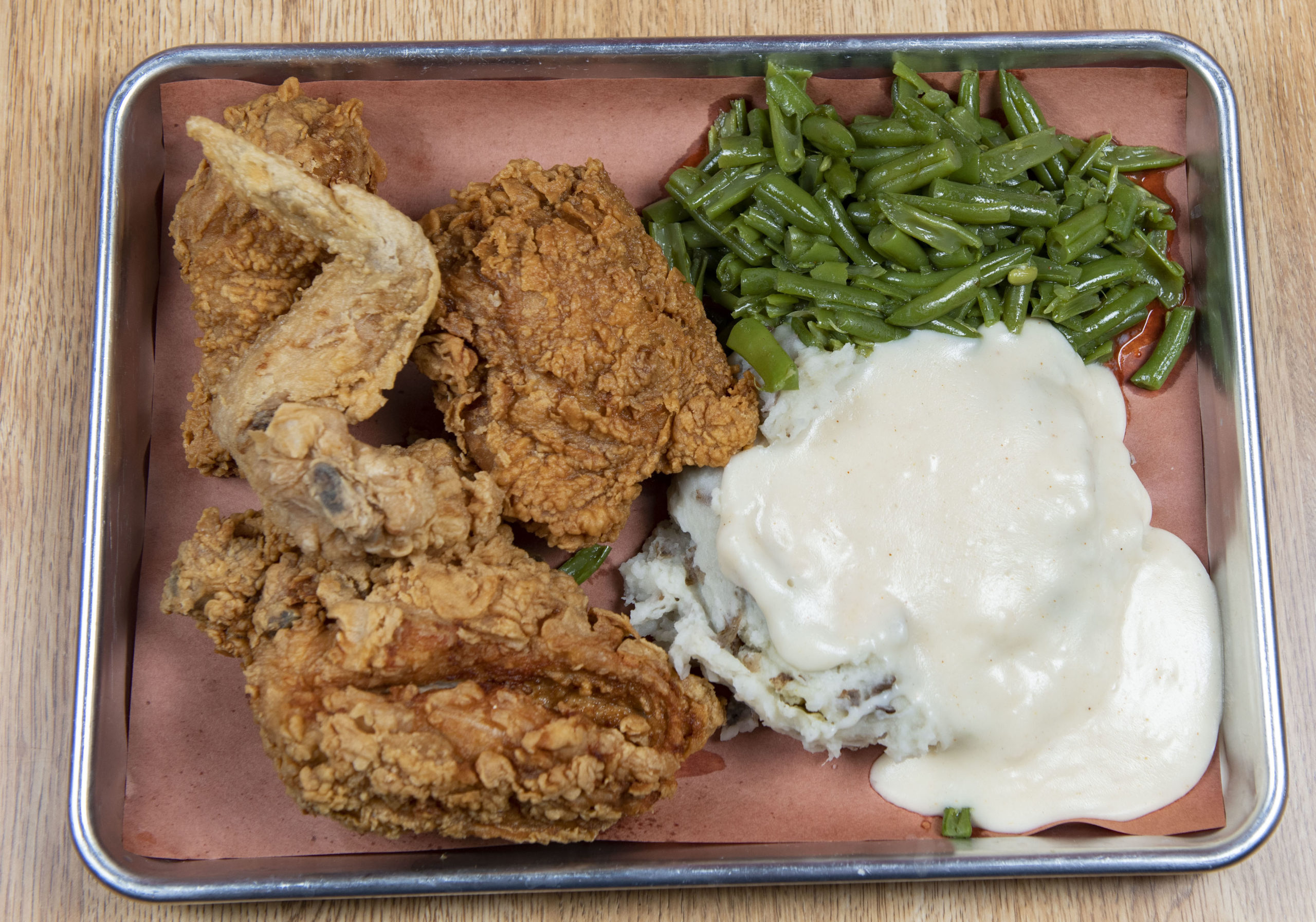 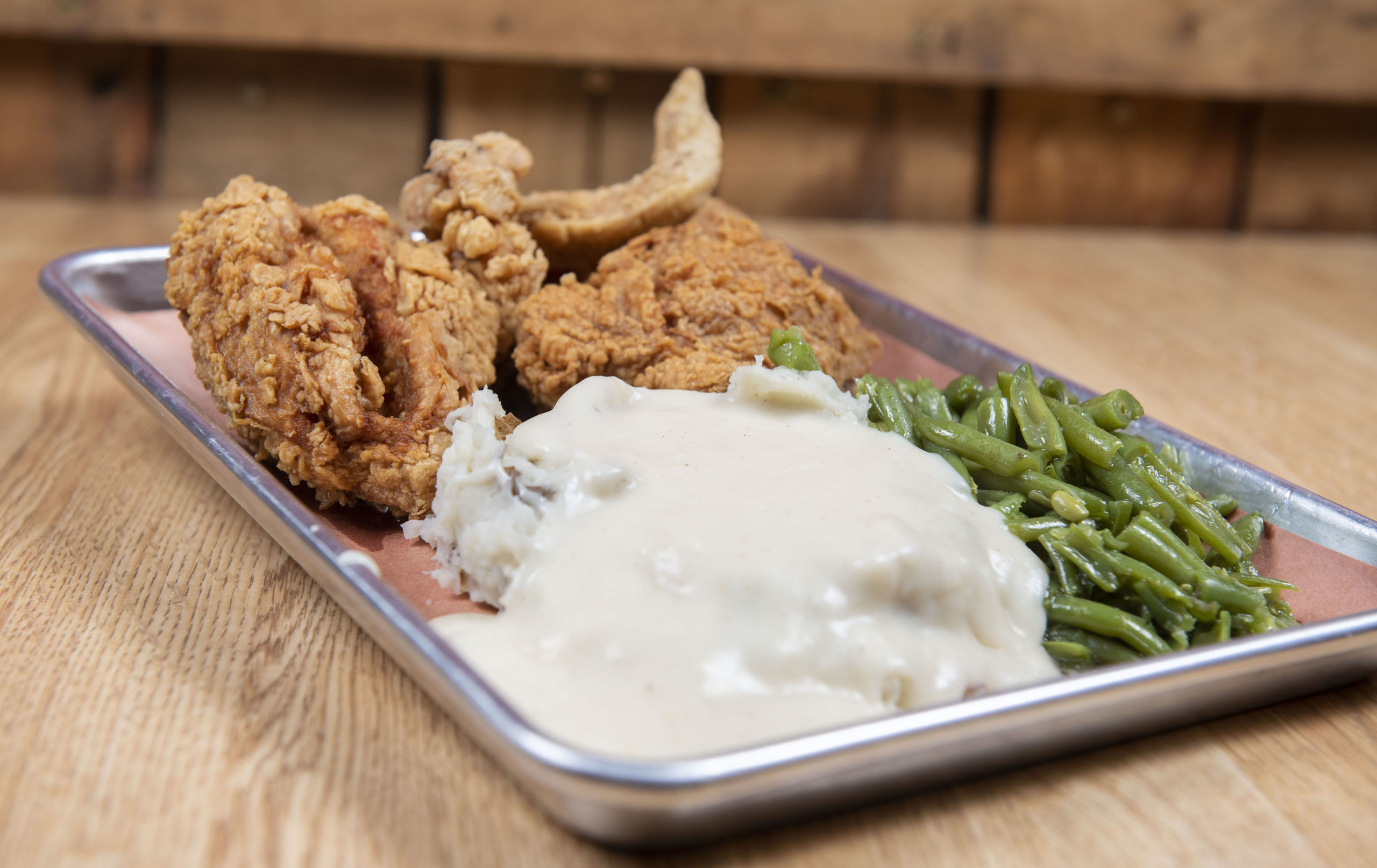 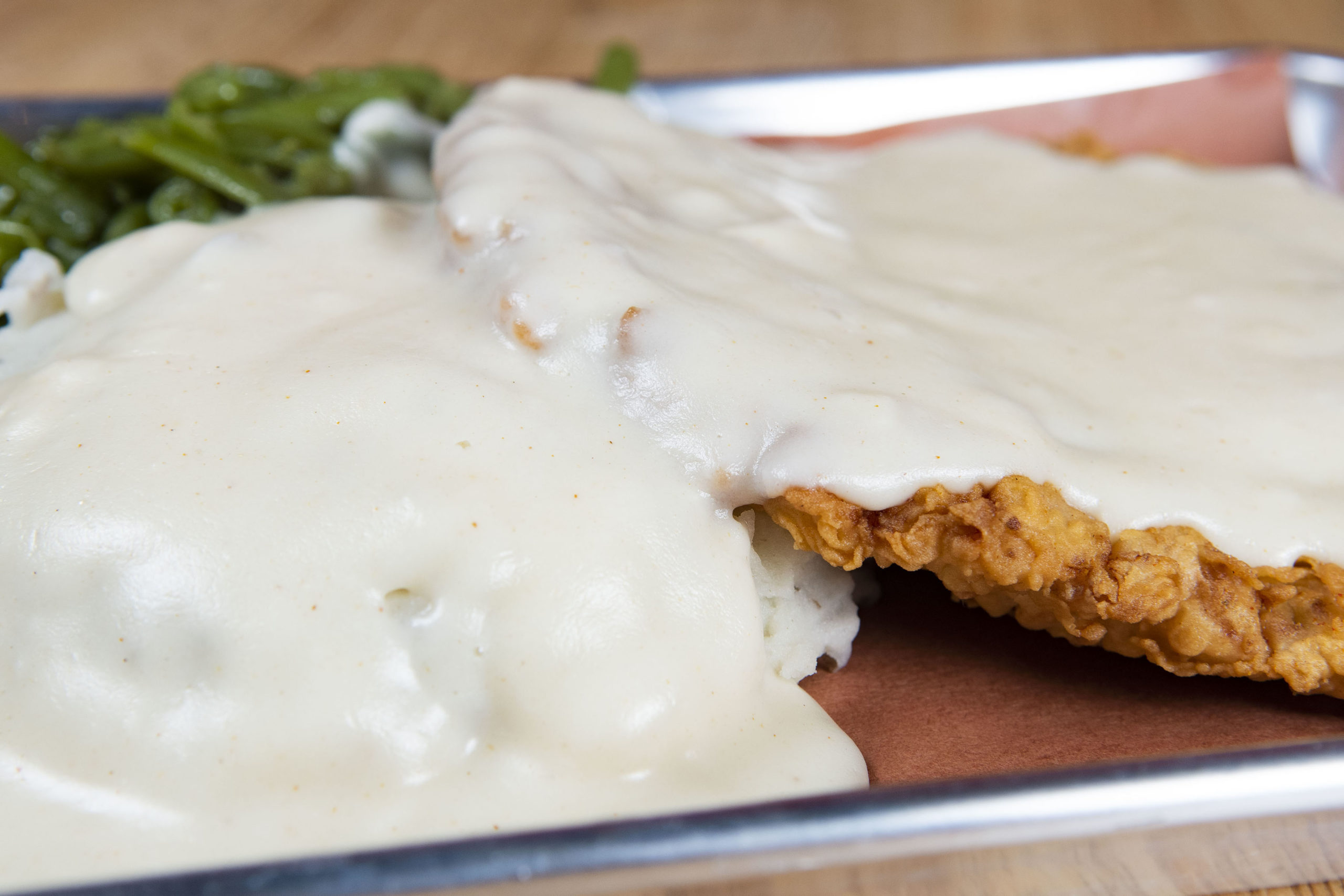 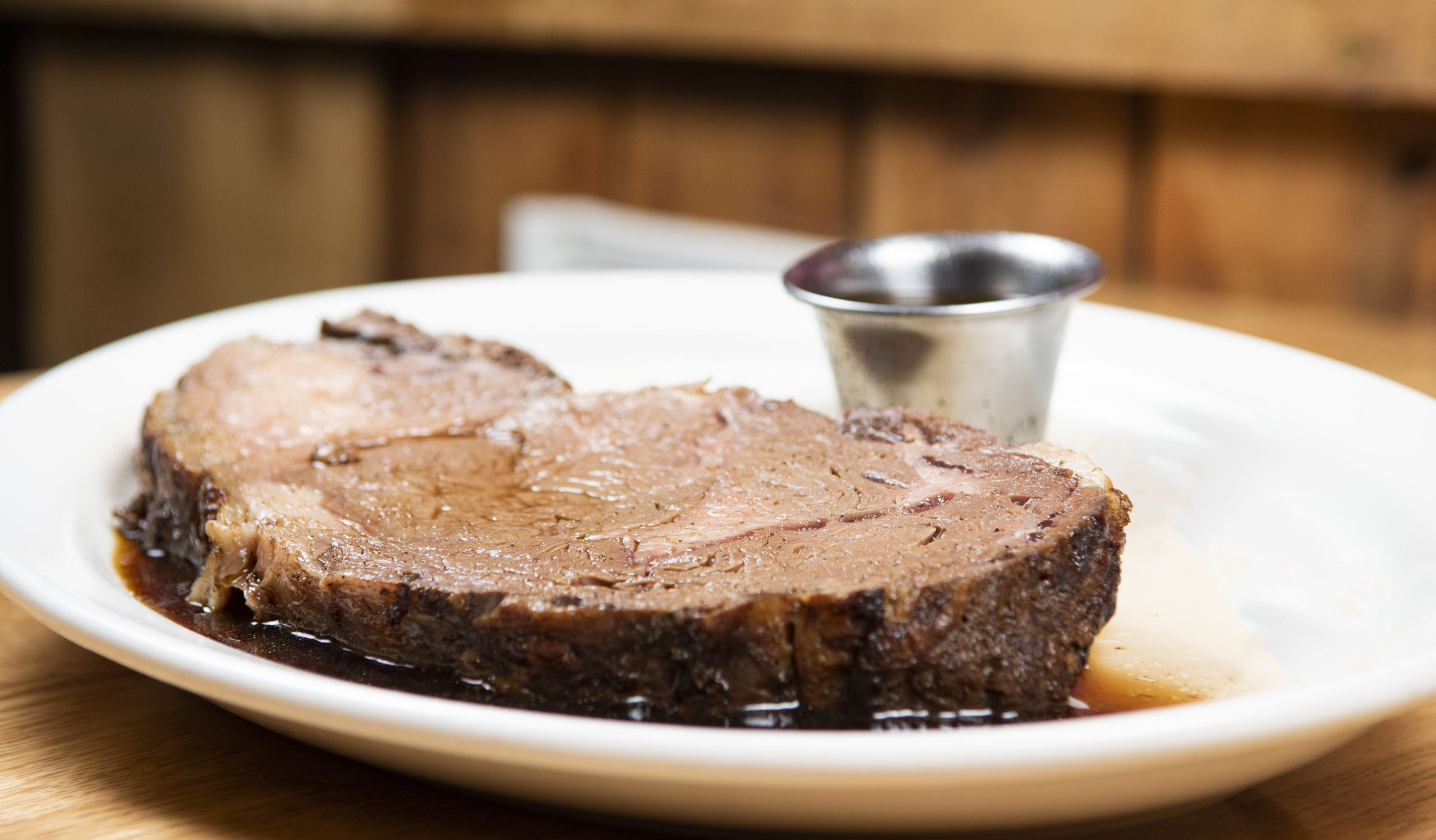 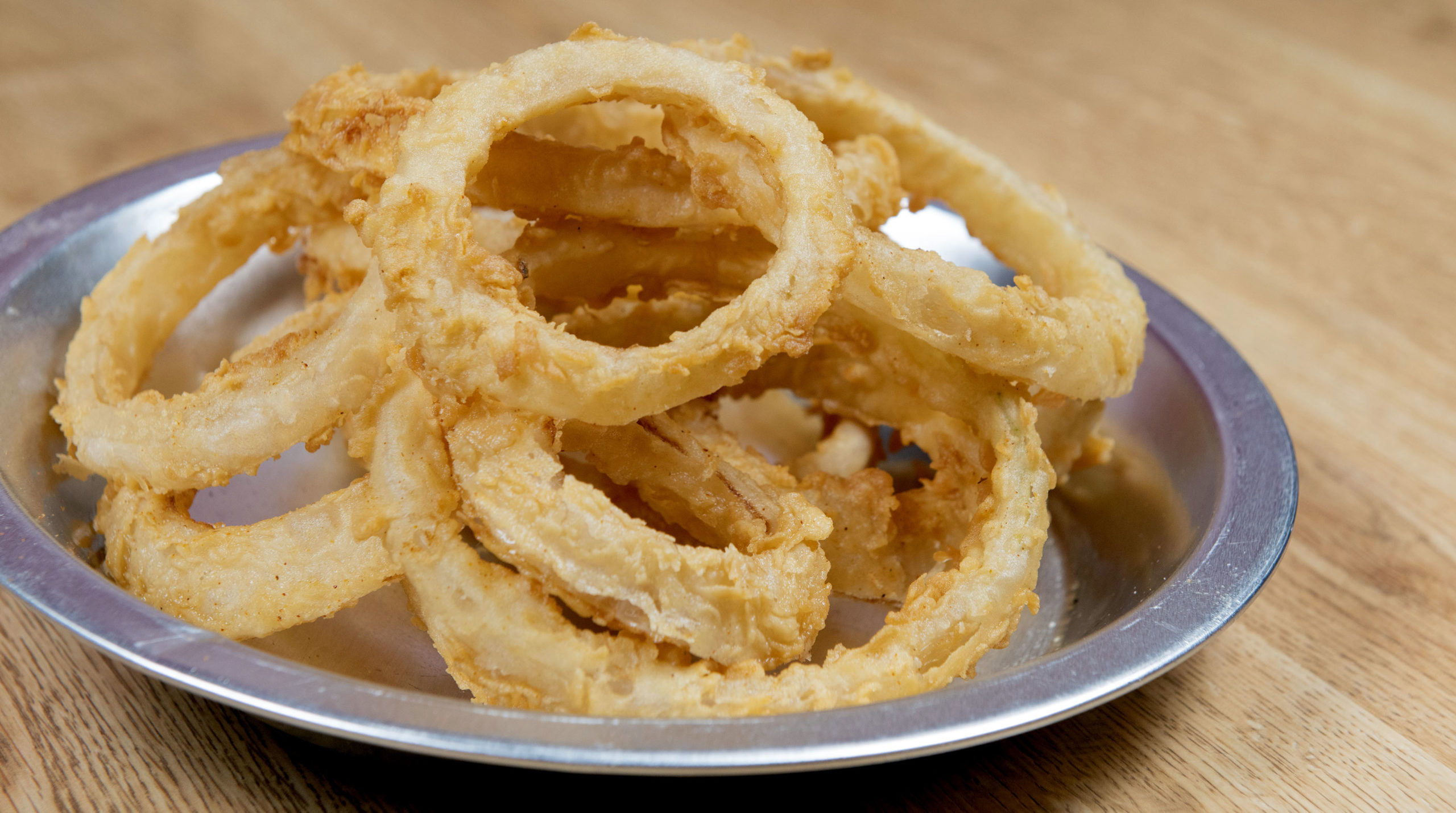 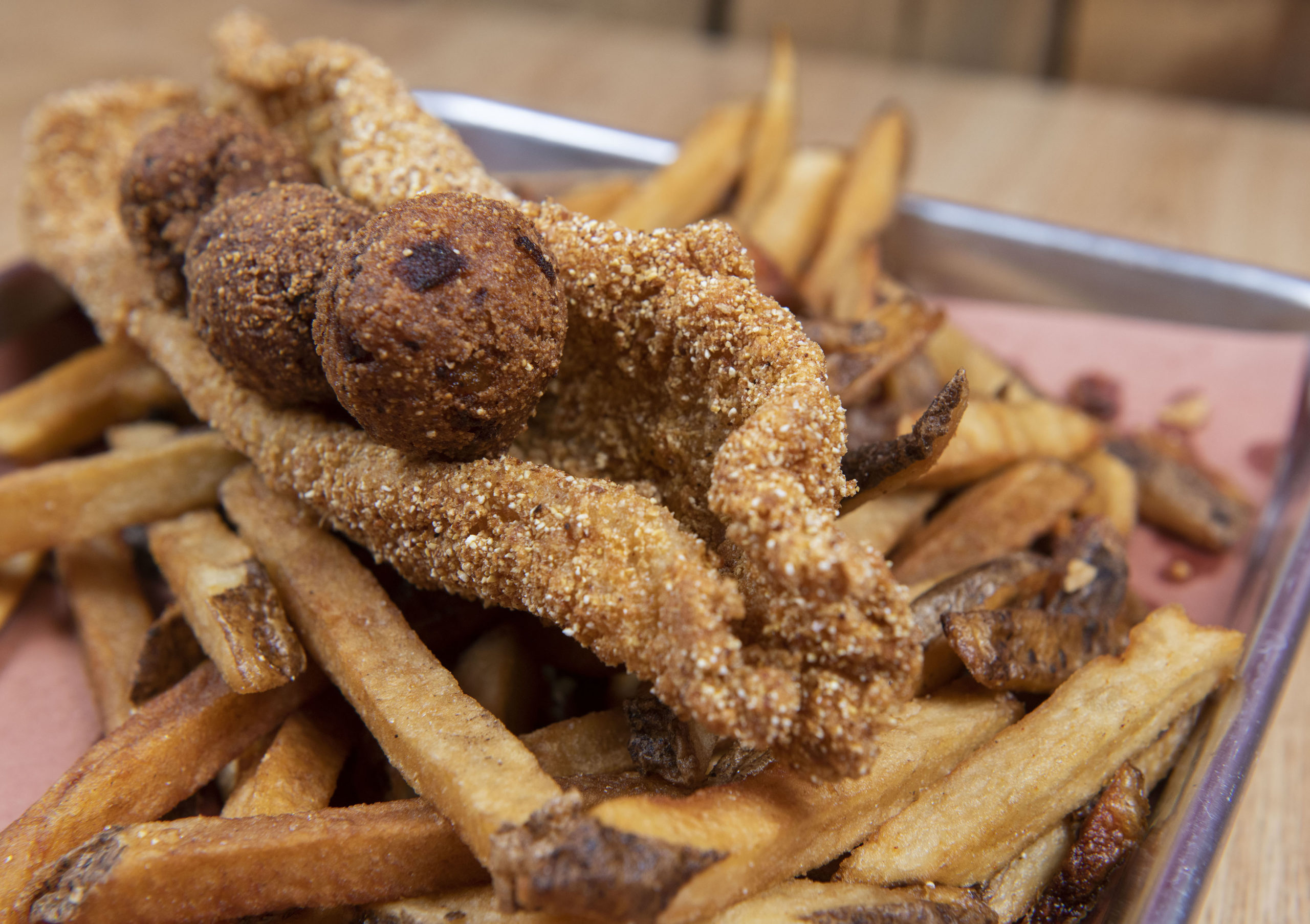 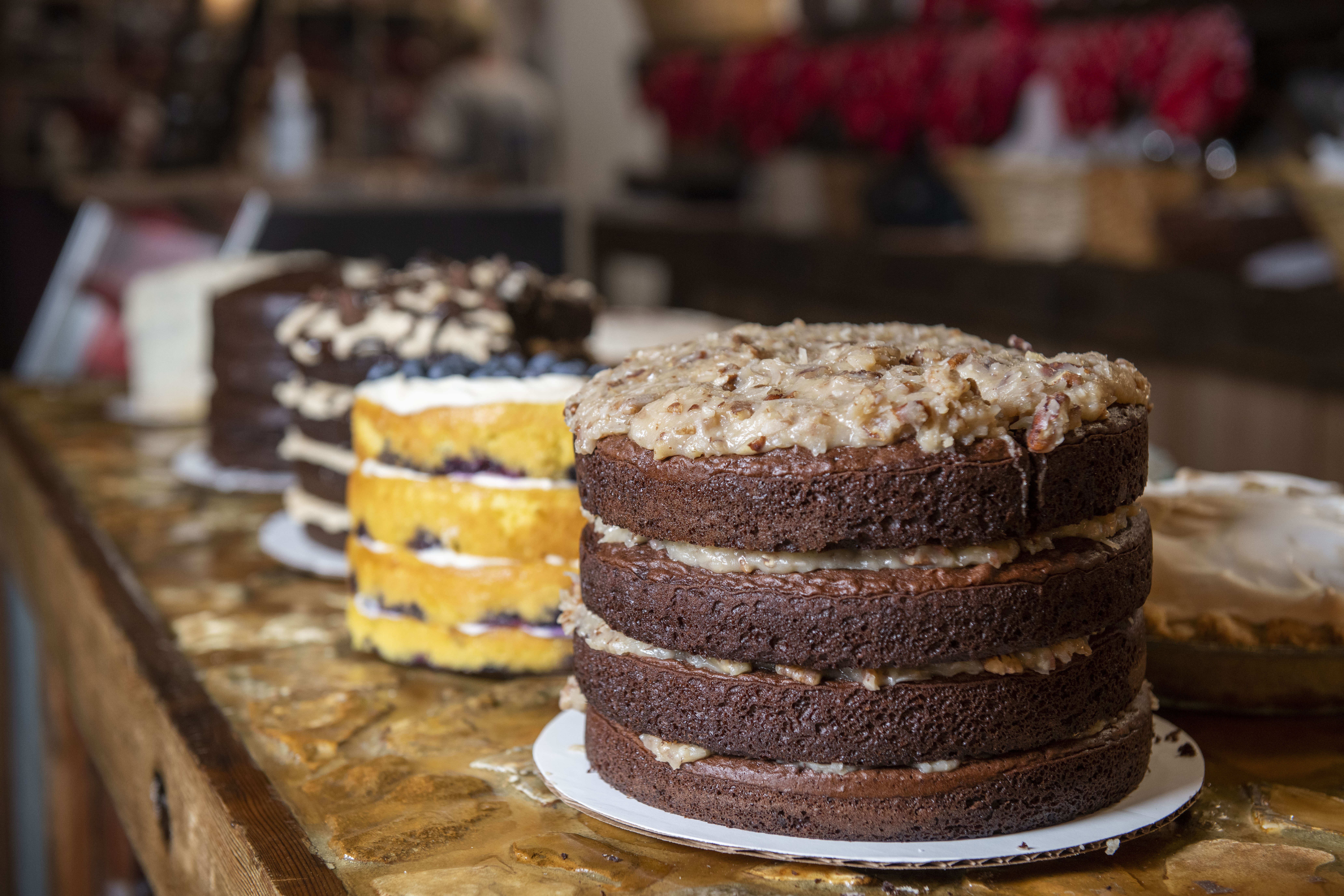 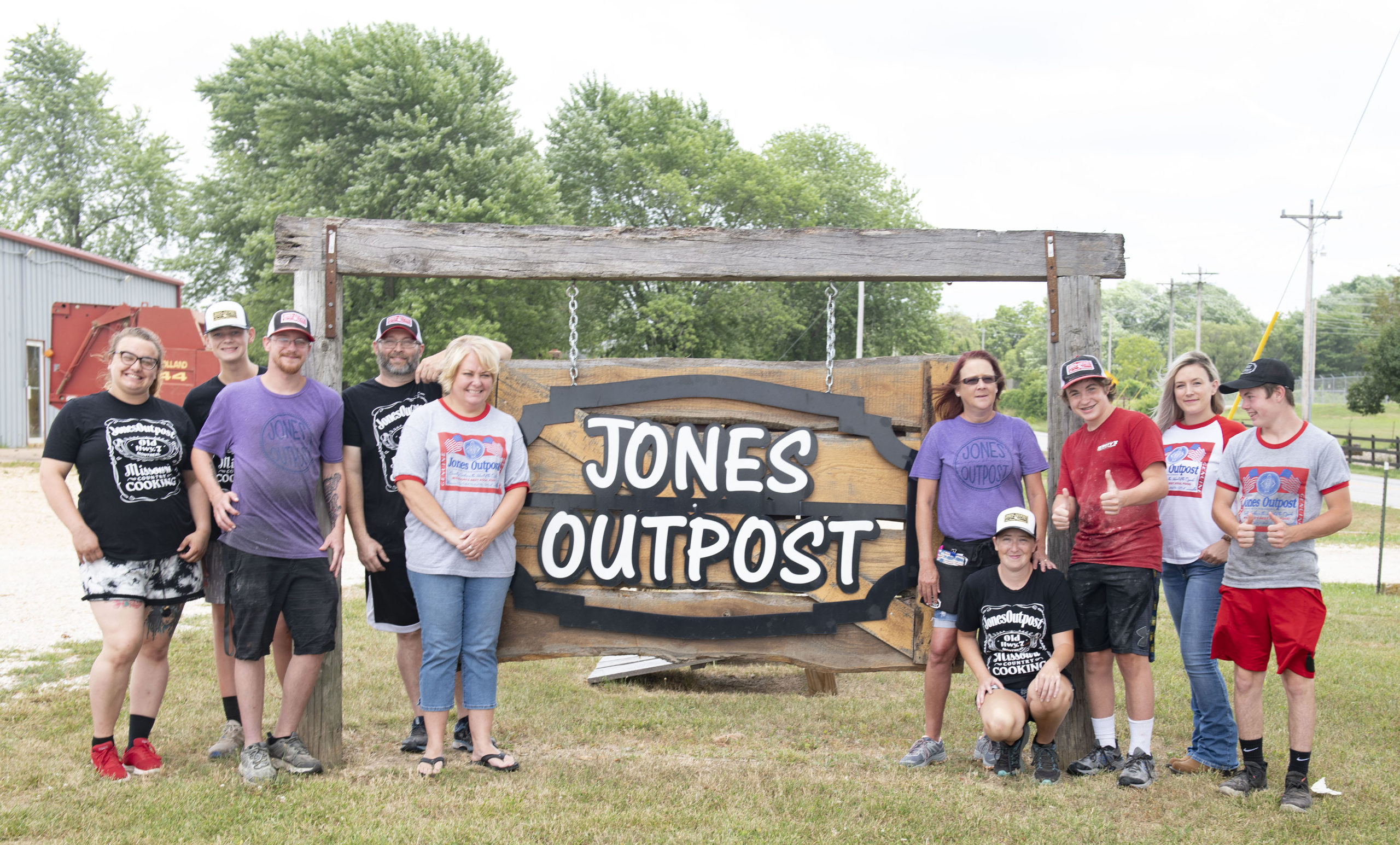 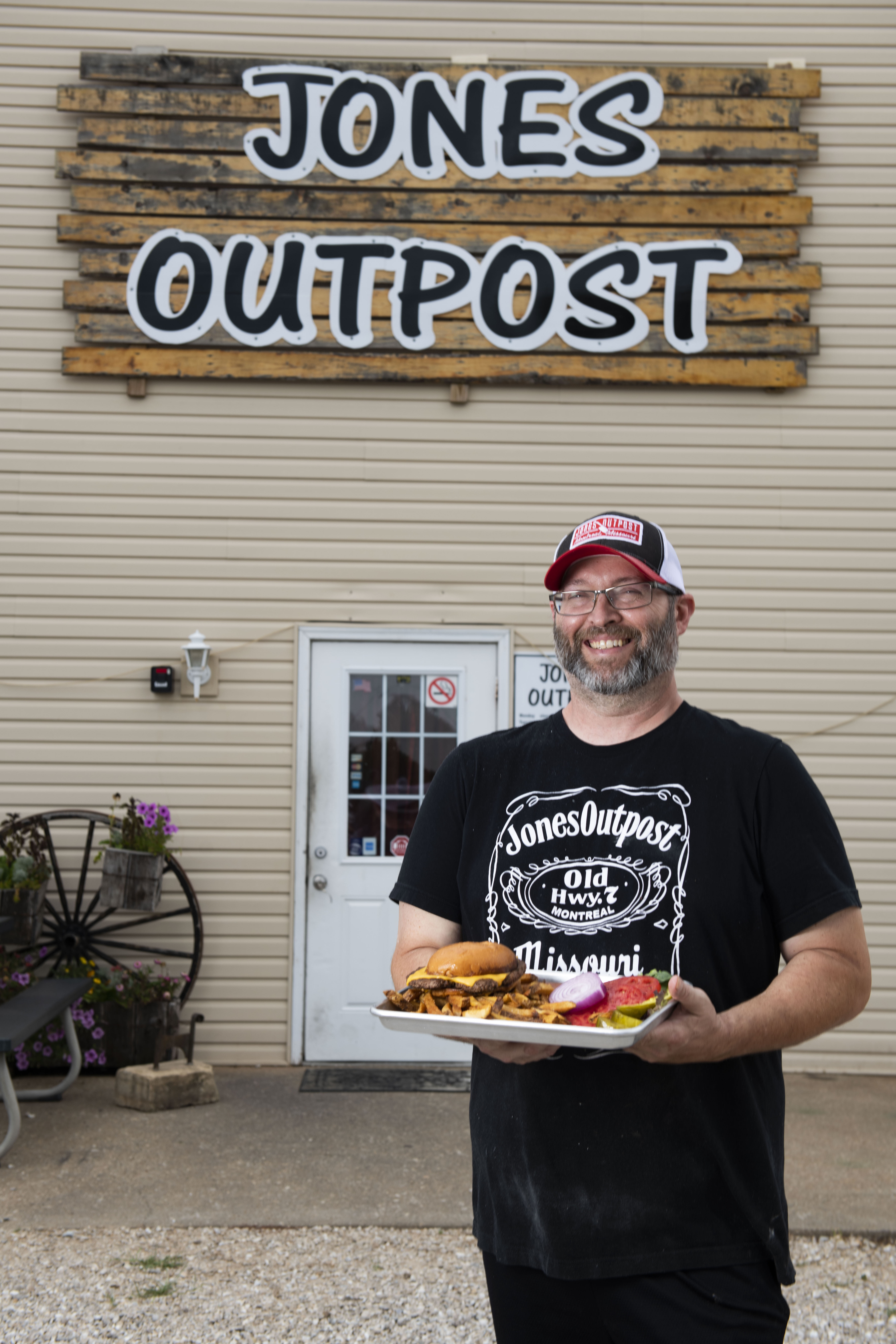 A catfish fillet is covered in the secret seasoning and fried. The finished product is served on a bed of french fries with hush puppies and Mike’s homemade coleslaw.

“We grate the cabbage and do all the work for our coleslaw ourselves,” Mike says. “People rave over it. It’s not something that you can find anywhere else.”

While the Fried Katfish is on the menu every day, if you’re hungry come on the weekend for the all-you-can-eat dinner.

Mike can flex his culinary muscle with his daily specials. From prime rib and lobster tails to Alaskan king crab legs and Asian-influenced dishes, Mike has made Montreal a dining destination.

“Cooking is kind of like an art form; a way to express yourself,” Mike says. “Anyone can open up a bag of gravy and heat it up or a bag of fries and dump them in a fryer. Not here. It makes a difference. It can be hard to find a place to get home-cooked comfort made from scratch.”

If you’re somehow still hungry after your meal, Jones Outpost has you covered. They offer enormous four-layer cakes that will be enough to share with your table. The flavors change weekly, but you’ll usually be able to grab a slice of Death by Chocolate and Lemon Blueberry, which is Mike’s favorite.

From partnering with local small businesses for his products to searching for fresh produce at markets, Mike and his team have put the work in to bring a delicious dish to your table.

“I like supporting the local businesses,” he says. “The bakery wouldn’t be in business if it wasn’t producing such a high-quality product. I could get frozen ground beef off a truck and it would be easier. But, the meals would suffer. At the end of the day, it’s worth it.”