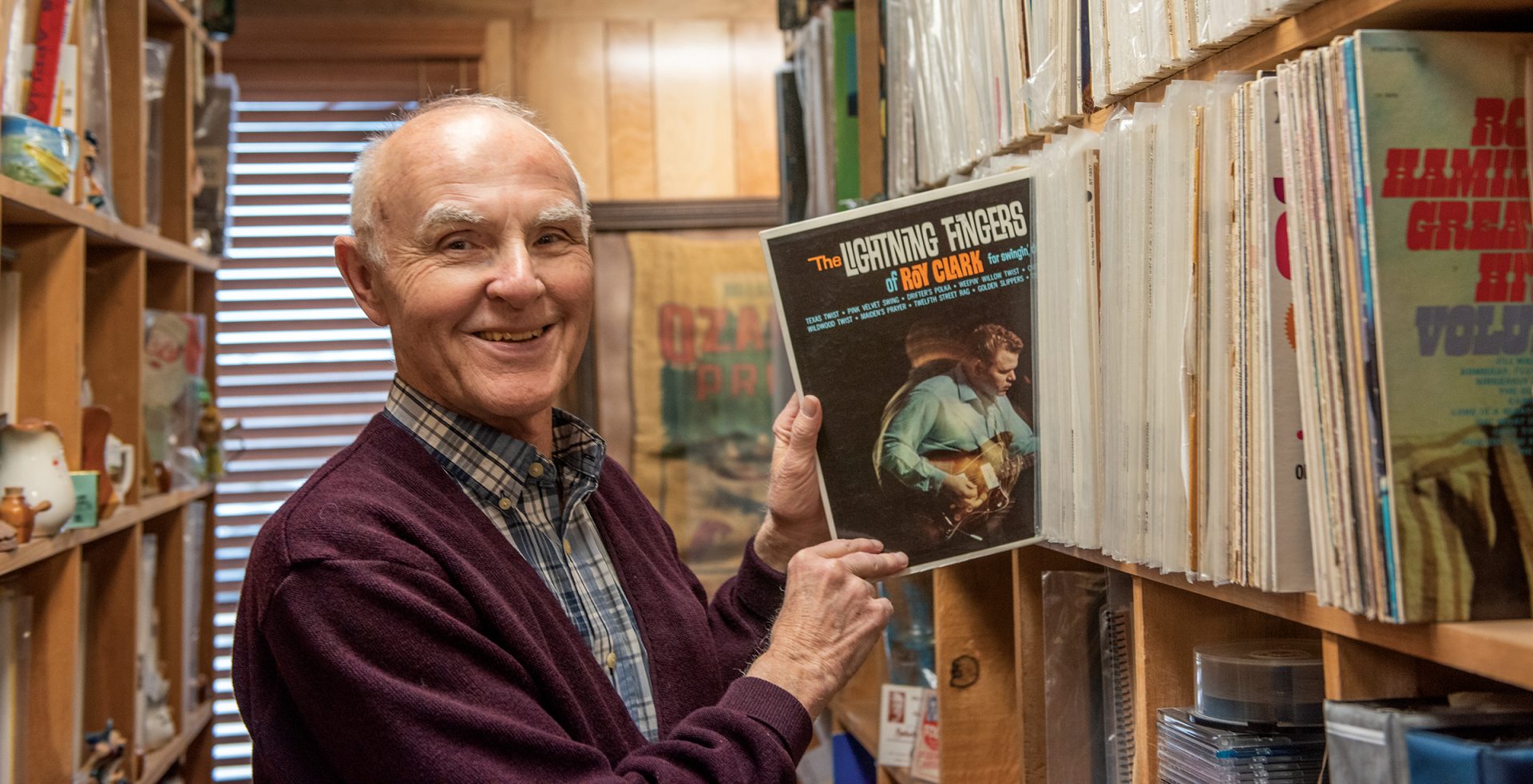 Wayne Glenn is one of the rare few who can say he’s loved his career from start to finish. He took a hobby from his youth and spun it into a 43-year career on Ozarks radio airwaves.

Last May, the Nixa man known as “The Old Record Collector,” pushed back the microphone at the end of his live radio show for the last time. His popular Saturday show, “Remember When,” aired over 93.3 FM and 560 AM for KWTO and 101.3 KTXR. Many listeners compare Wayne’s easy on-air style to that of the nationally known radio broadcaster Paul Harvey.

Wayne’s show covered everything from easy listening, classic rock, country music and even some pop chart favorites, as long as they had a little age on them. “I think the broad appeal was part of the show’s popularity,” he says.

“My last show was my 2,232nd,” adds Wayne in his notable on-air voice. The 74-year-old says he simply felt the time was right to “move on while things were still going good.”

Comparing his show to an on-air jukebox, Wayne says it was a stack of 78 rpm records found in his grandparents’ house that began his real appreciation for music and record collecting.

“My mother and I brought them home and I started playing them on a cheap tabletop record player,” recalls Wayne. “It was literal music to my ears as an 8-year-old.”

After Wayne graduated from Nixa High School in 1965, he scored an unpaid internship with KGBX in Springfield and assisted local radio personality Loyd Evans with his Farm-A-Rama show, which aired from Fantastic Caverns. He then went on to attend Southwest Missouri State College (now Missouri State University) receiving a teaching degree. To celebrate his graduation, Wayne purchased another record album for his collection.

“I got a job teaching in Clever and really began collecting albums at that point,” says the quiet-natured man. “It was around 1972 when I found out that Springfield station KTTS was changing formats from pop music to country.

“So I asked the manager what they were going to do with all their old albums,” Wayne recalls.

Wayne’s interest piqued upon hearing the entire third floor of the station was filled to the brim with old 78 records — and he wanted to buy them if the price was right.

“The station manager said, ‘If we sell these to you, you have to remove them from the building,’ ” Wayne recalls. “So I paid $50 for about 9,000 albums without really even being sure of where I would take them.”

With his grandfather’s truck and the help of a cousin, the lot was moved from the building — down three flights of stairs without the help of an elevator.

Timing is everything and it was on those stairs where Wayne met Bob Kinney, a radio DJ who hosted a country show on KTTS. “Barefoot Bob” as he was known, began chatting with Wayne about his interest in music. Soon the DJ invited the young album collector to be on his show, “Kinney’s Saturday Oldies,” to talk about music and help spin albums.

“It wasn’t too many years later that Bob told me I really should have my own show. I suppose it was his way of gently kicking me out of the nest,” says the White River Valley Electric Cooperative member. “So in 1975, I sold a couple of radio spots to a local drugstore and bank and bought a whopping 15 minutes of Saturday airtime on KWTO AM. That’s how my career in radio really began.”

A couple of years later Wayne’s favorite crooner, Bing Crosby, died. That musical loss opened another door for Wayne to share his collection with listeners.

“I asked the manager of the station where I’d bought airtime if he’d like me to do a special about Bing Crosby’s life and music. He passed on the idea. But the owners of local station KTXR said they’d give it a try,” Wayne says. “Needless to say, it went over well and I began working for KTXR the fall of 1977 and stayed my entire radio career.”

While the choice helped him switch gears from a career in education to radio, Wayne says he really just switched the topics.

“I feel like I still teach history,” says the man who has read every liner note on the jackets of every album he’s owned. “But it’s the history behind the music and those who create it that I enjoy sharing.”

His radio show “Remember When” eventually became a seven-hour Saturday show. While his wife, Nira, and their three children were supportive of his passion, Wayne admits his career did come at a personal cost.

“I spent many hours each week preparing for the show and then worked every Saturday at the station,” Wayne recalls. “I missed many events the children were part of because they usually fell on Saturday. That’s time I’ll never get back.”

The last year or so of Wayne’s on-air career, he wound the show down to a one-hour spot on Saturdays. He’s happy to say he never missed a show, not even when he needed to have a stent put in his heart years ago. “I just had them schedule the procedure during the week and kept on going,” he says.

When he wasn’t preparing for the show, the humble man also penned a baker’s dozen books on the topics of his beloved Ozarks as well as Ozarks music history. Most are out of print but can sometimes be found locally. 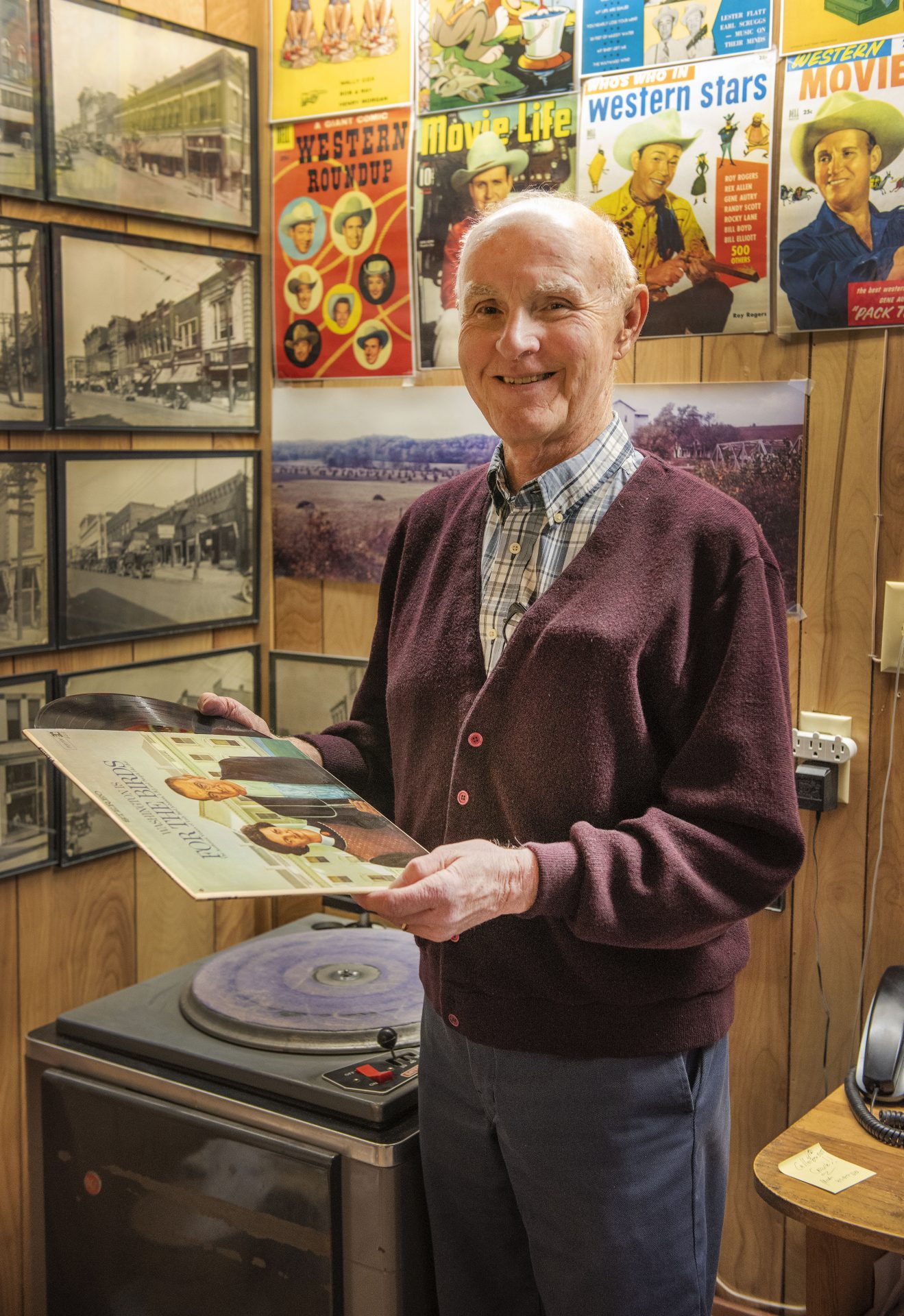 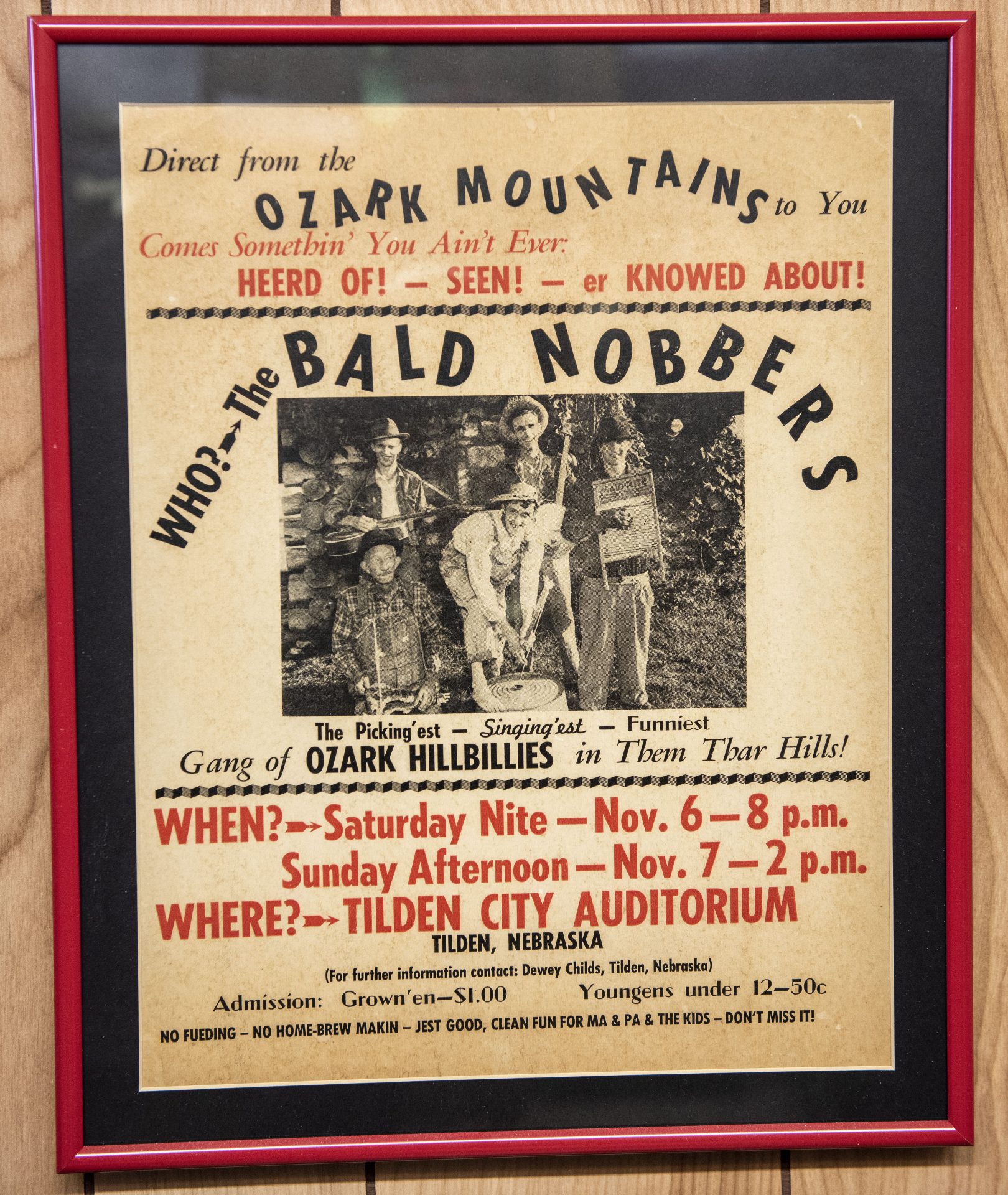 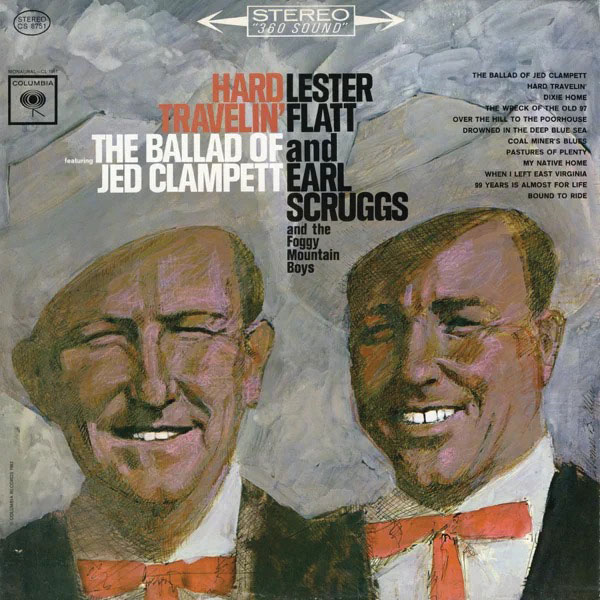 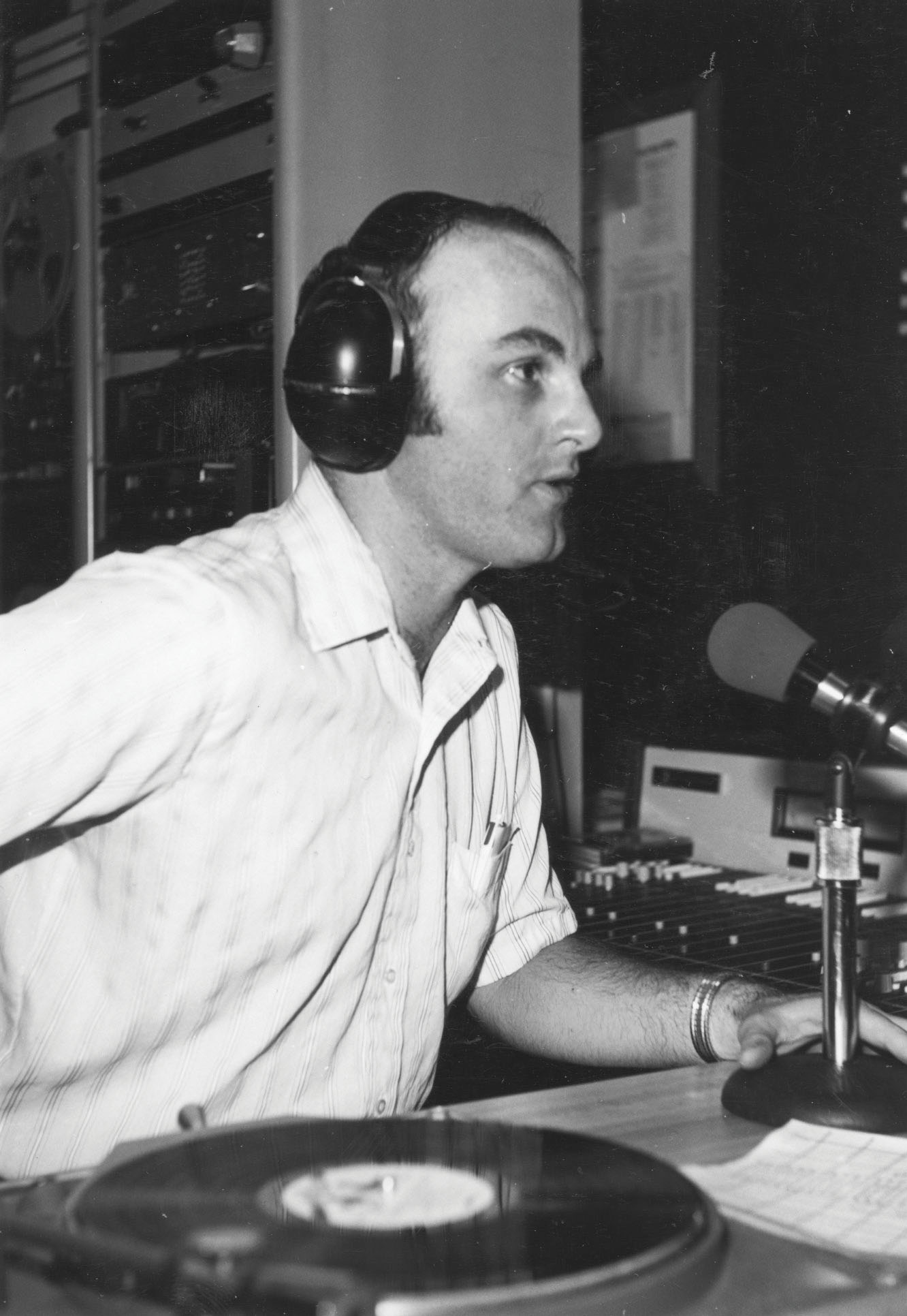 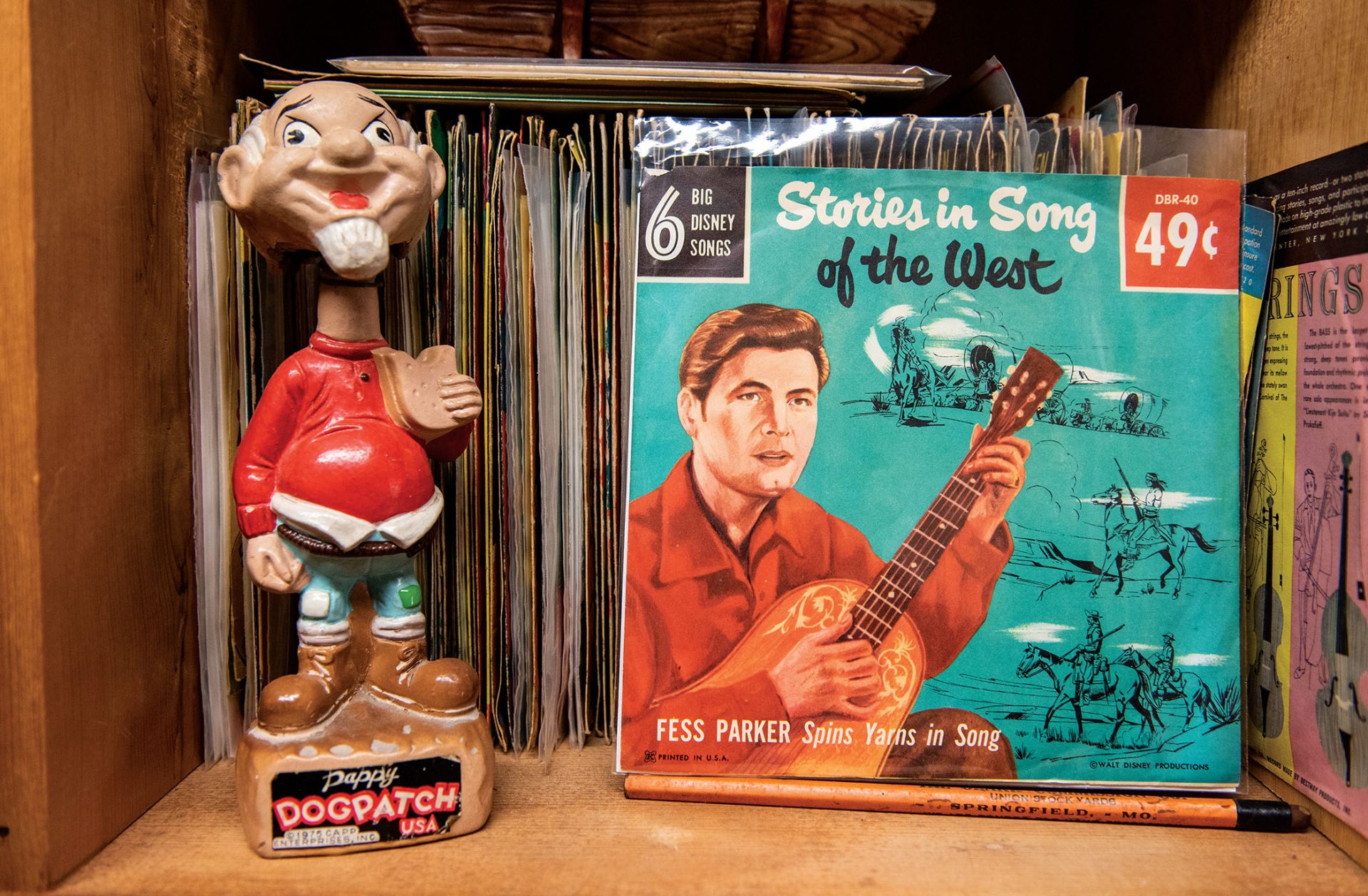 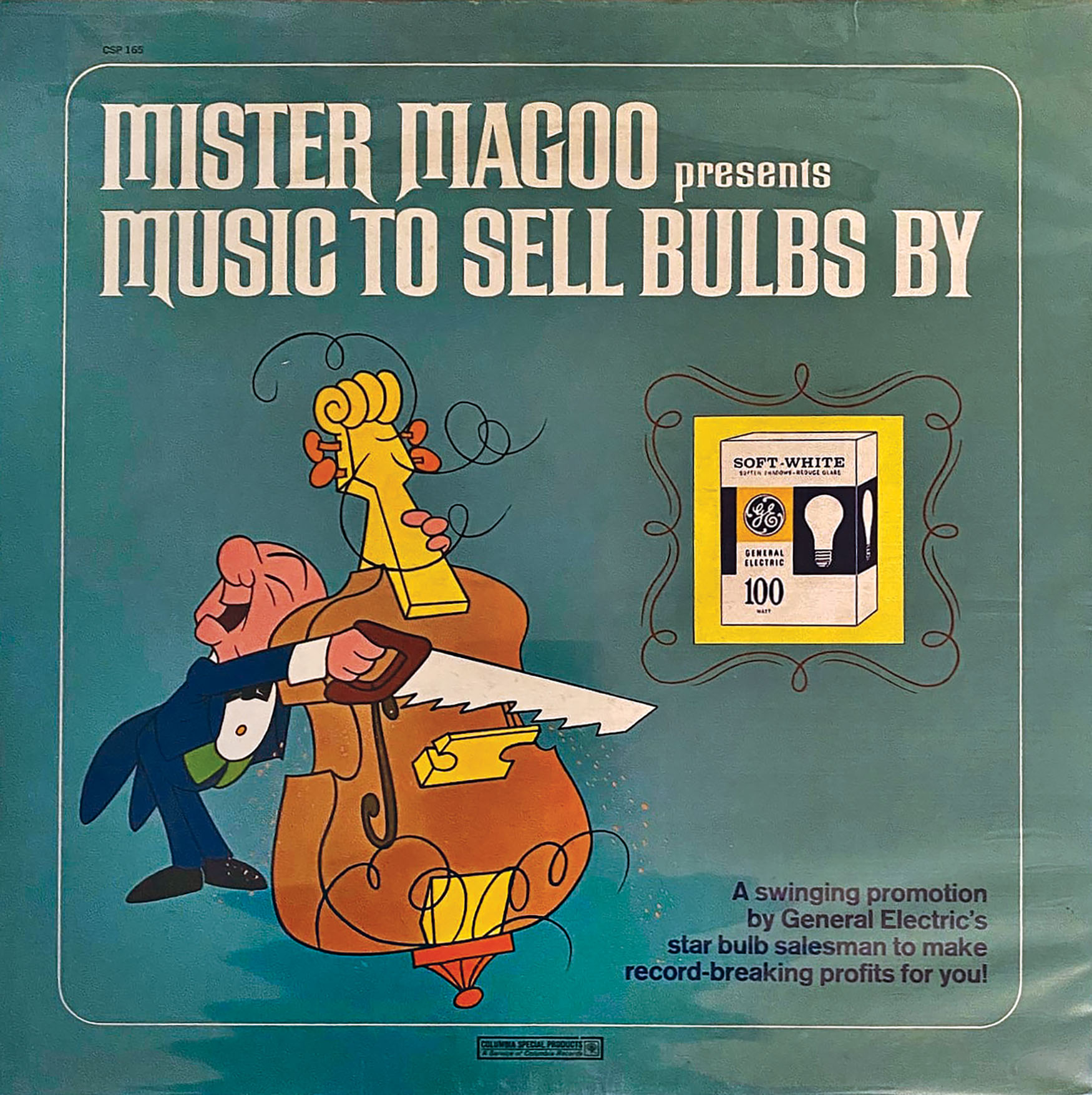 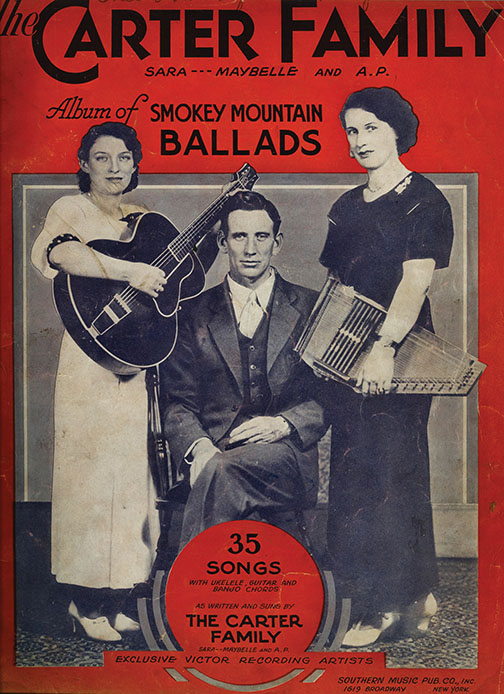 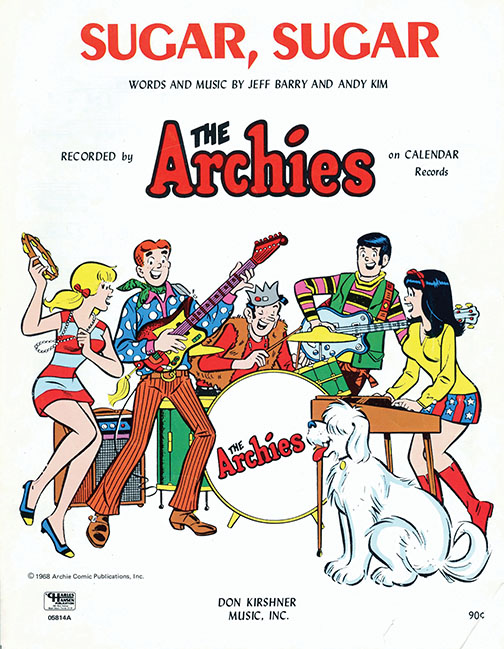 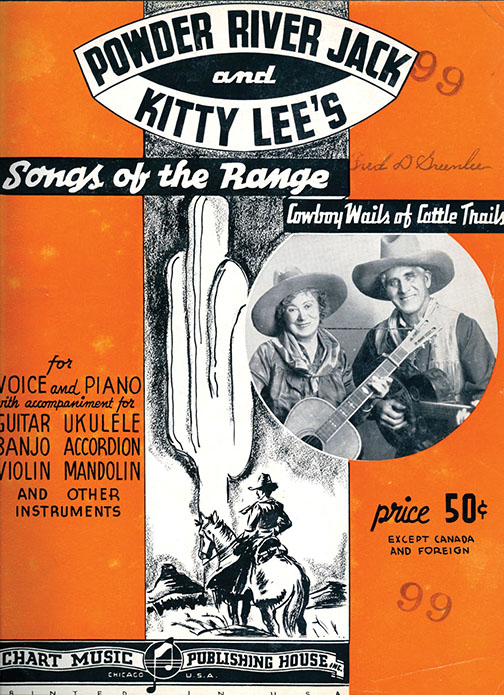 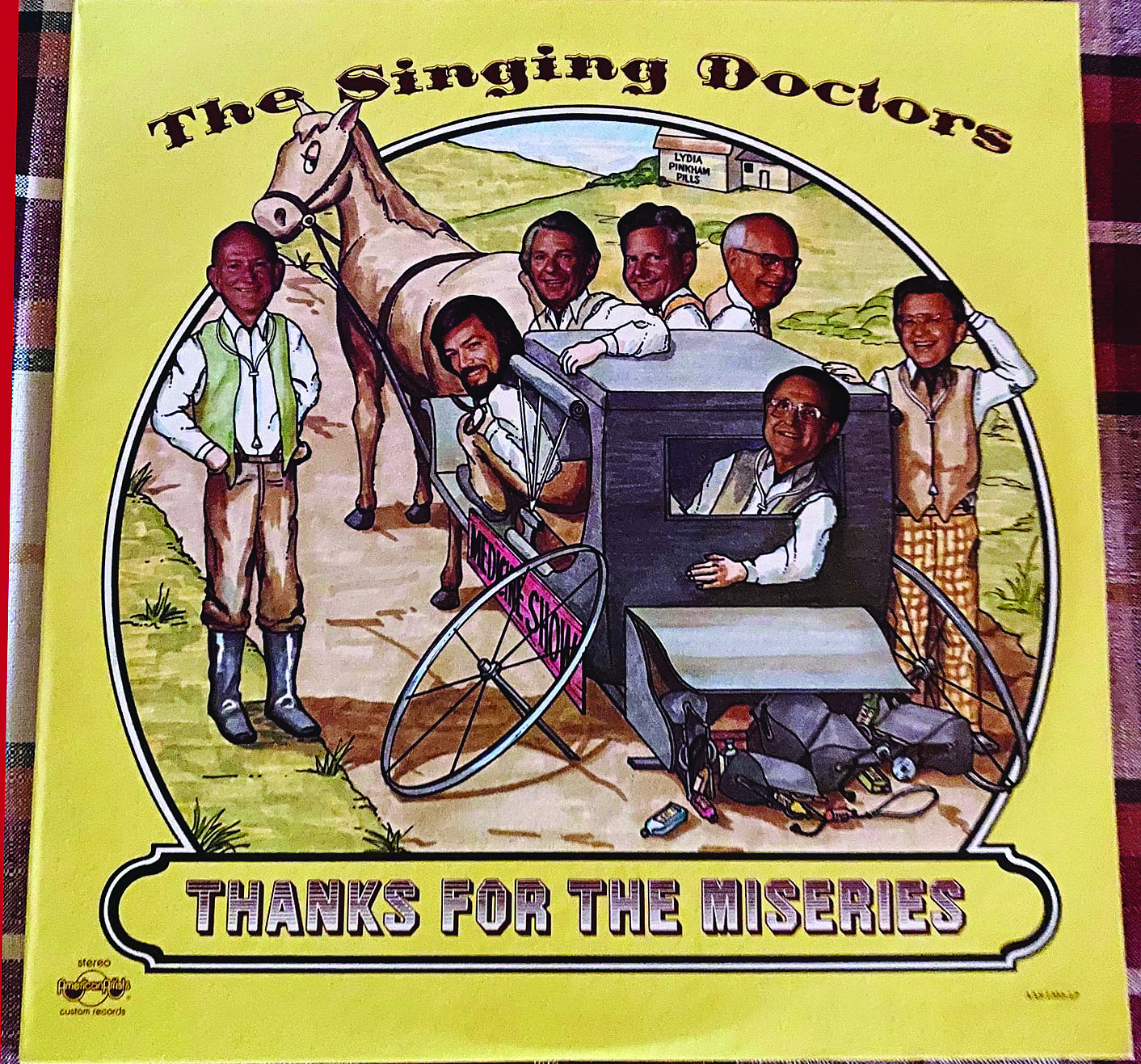 Over the years, Wayne’s collection of records has grown to approximately 15,000 disks and includes 45, 33 and 78 rpm records. So massive is the collection that the collector even built another room onto the house. The tall library-like shelves not only contain records — sorted by genre — but unique ephemera representing local history. Concert posters promoting performances by Lester Flatt and Earl Scruggs, Johnny Cash and Hee Haw’s Roy Clark hang on walls alongside sheet music dating back to the 1920s. Promotional gewgaws include a collectable Dogpatch USA Pappy statue, an old metal Butane lighter stamped with the state outline and marked “The Ozark State: Missouri,” Rare Ozarks photo postcards and materials promoting local shows such as The Ozark Jubilee, the Porter Wagoner TV show and more.

While Wayne’s radio show is now musical history, he’s not done promoting the Ozarks or collecting records. His near daily Facebook posts on the Wayne Glenn (The Old Record Collector) page share tidbits and factoids about all things Ozarks with followers. There, Wayne offers snapshots of favorite finds and discusses items he’s still searching for in case someone happens to be cleaning out a closet like the one that started his devotion to albums and music in the first place.

“Oh I’m culling down the collection,” Wayne says, noting he’s keeping his favorite records and selling others. “But I still enjoy hunting down the rare album. You never know what you’ll find at flea markets or garage sales. There are still musical gems to be found.”