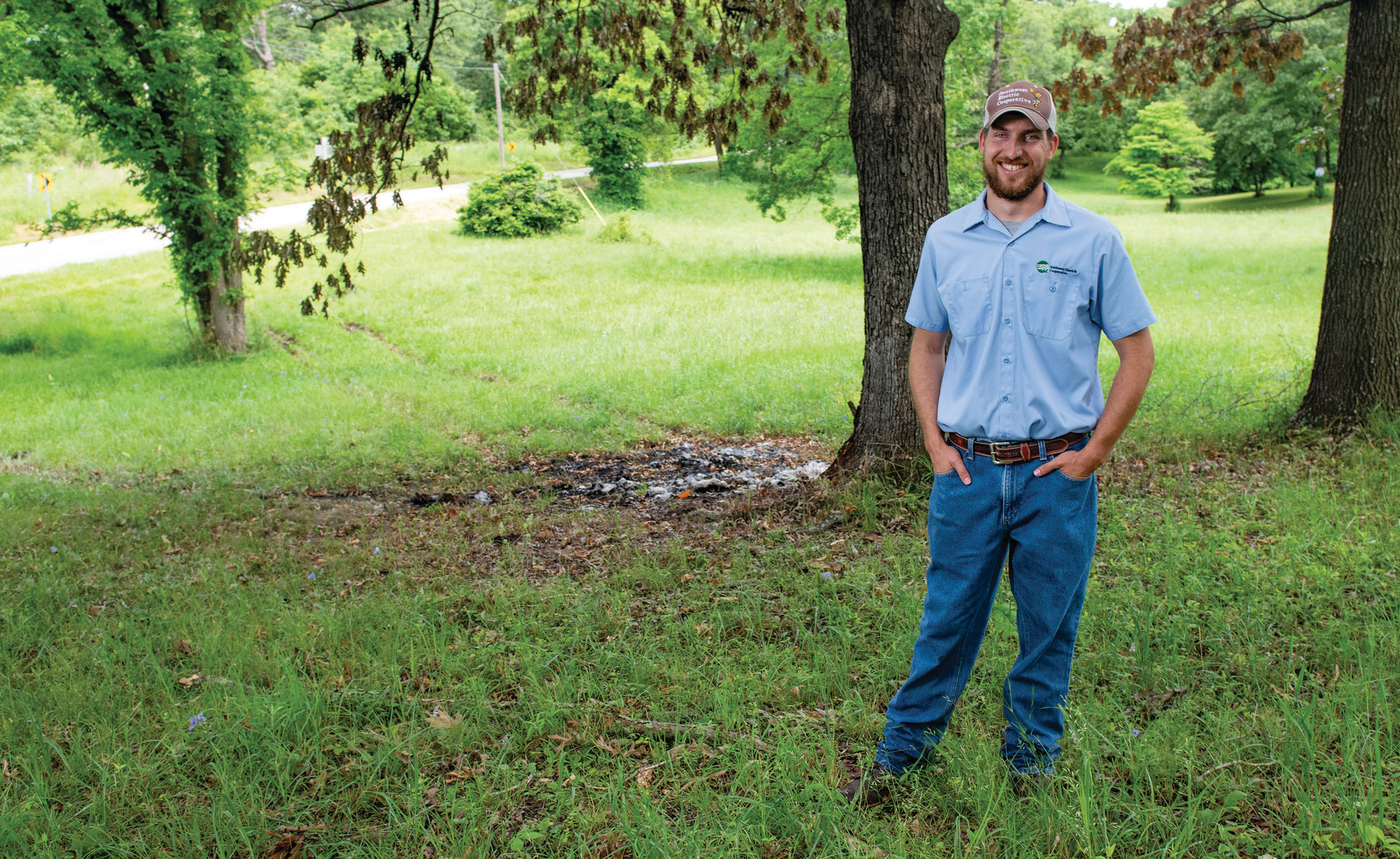 Co-op employee thinks fast and saves a pair of lives

Employees of Missouri’s electric cooperatives — especially those who work outside of the office — receive extensive safety training. From instruction on how to use a fire extinguisher to operating an automated external defibrillator to limiting slips, trips and falls, they strive to make sure everyone gets home safely. While this training is intended to save the lives of co-workers, sometimes these employees happen to be in the right place at the right time and save someone else.

That was the case in late May for Kurtis Brown who works for Bolivar-based Southwest Electric Cooperative. Kurtis started with the co-op as a summer intern and was hired as a fulltime lineworker in 2015. He is now a staking technician working out of their Preston office.

It was a normal day for Kurtis. He had appointments with members who were adding new services with the co-op. He also would be using his hammer to check poles for rot and put stakes in the ground. While on his way back to the office all sense of normalcy ended when he came upon a truck stopped in the middle of the road not far from the intersection of Route J and Highway 54.

“There was a lady there who was visibly upset and scared,” Kurtis says. “I saw what I thought was an ambulance off of the road. She told me there were two men inside.”

Leslie Powers was behind the wheel of the wrecked vehicle. In the course of overcorrecting on the roadway, his truck went off Route J, through a yard, took out a stump and was only stopped by a tree. “I was pretty loopy after we hit the tree,” he says.

While the woman was speaking with a 911 dispatcher, Kurtis made his way over to the vehicle. The passenger was more responsive than Leslie; Kurtis spoke to him through the glass.

“I could tell he was panicked, but he was still pretty calm considering,” Kurtis says. “He just said “help us out, we can’t get out.’” 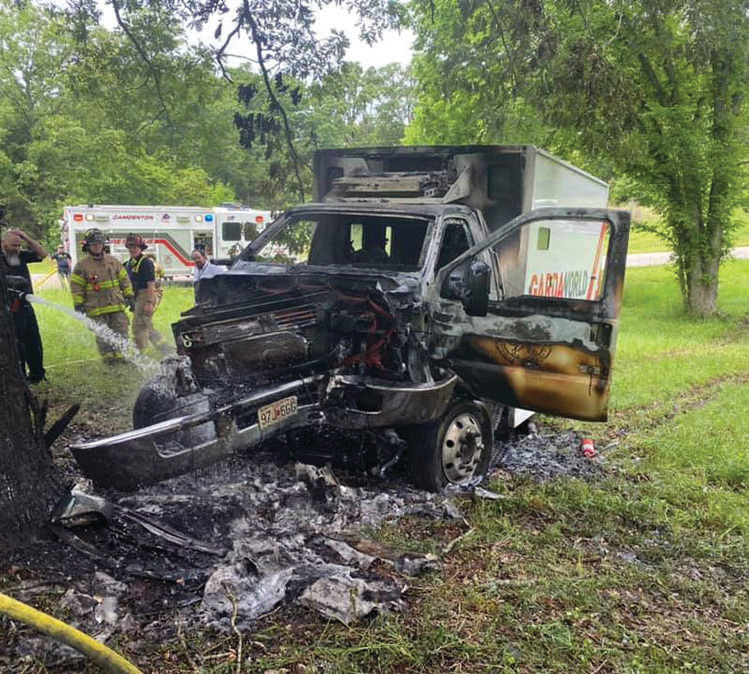 He saw smoke coming from the vehicle so he rushed to his work truck to grab his hammer and fire extinguisher. After unsuccessfully attempting to get the door unlatched because it was jammed, Kurtis told the passenger he was going to break the window to allow them to escape the burning vehicle.

What happened next nearly broke the 26-year-old. It wasn’t an ambulance Leslie was driving. Instead, it was a vehicle used to pick up money from banks and other businesses. It was designed to keep people out.

Try as he might, Kurtis could not break the glass with his hammer. He kept the fire at bay as long as he could with his fire extinguisher, but at some point it was beyond his control. Panic was beginning to overtake all three men, including Leslie who was starting to become more alert.

“My guy in front with me was telling me what was going on and it just kind of hit me. From the inside of the cab there wasn’t anything we could do. I squeezed that door handle so tight, my muscles are still tired today,” Leslie says one week after the accident.

“I had to try something different,” Kurtis says. “I couldn’t just stand there as the fire got worse.”

Working from the window down, Kurtis used his hammer to beat back the part of the truck jamming the door little by little, giving himself enough leverage to use the claw of the hammer to try and pry it open. As he worked down the door, the men inside were pushing to unlatch it.

“The smoke was getting worse and worse,” he says. “At that point both the passenger and driver were beating on the door.”

Eventually Kurtis’ quick thinking paid off as the door was able to be forced open and the men escaped just before the truck was fully covered in flame. First responders arrived shortly after. “I really believe it was a matter of seconds,” Kurtis says. “The truck was engulfed shortly thereafter.”

Kurtis says that he and his co-workers are encouraged to lend a helping hand when they are out in their communities, especially the rural areas cooperatives tend to serve the most.

“We’re part of the community,” he says. “We’re always around, going up and down these roads that not a lot of people drive on. If there’s a vehicle on some of these rural roads, it’s usually either the landowner or the co-op.”

Kurtis said the extensive training cooperative employees receive played a big role in rescuing the men. “My instincts and training just kicked in,” he says. “I’m trained just like the lineworkers. We have fire extinguisher training in our office. That wasn’t the first time I pulled the pin on one of those.

“It probably only lasted two minutes or so, but it sure felt longer,” he says. “I’m just thankful for how it worked out. God put me in the right place and gave me the right tools to do the best I could. I couldn’t have done that by myself.”

Leslie unequivocally credits Kurtis for him and his coworker surviving that day.

“Kurtis is a hero. No two ways about it,” he says. “He acted in a hero’s fashion. He just got out of his truck and started doing stuff. Incredible. He saved two lives that day.”