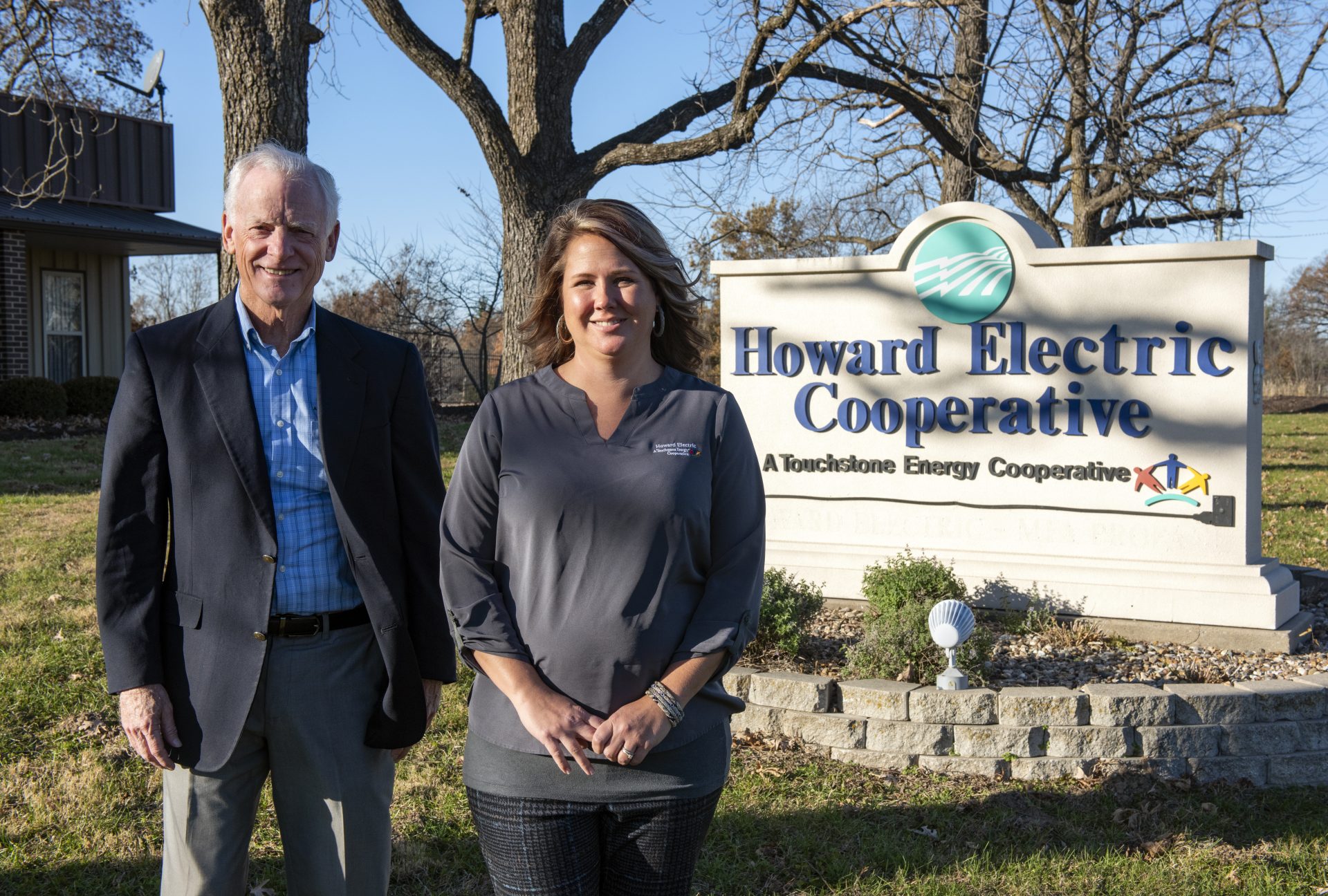 When Richard Fowler accepted the job as manager of Howard Electric Cooperative in 1990, his oldest son wanted to know if they played soccer in Fayette. “I said, ‘If they don’t, we will start a soccer league,’ ” Richard recalls. “Well, they didn’t. So, I started a soccer league.”

The promise was typical of the role the manager would take in his new community. He says it also was the start of a new strategy for leaders in the central Missouri communities surrounding Howard Electric Cooperative.

“I am watching the little league in Fayette, and they’ve got like three or four teams and just play each other every other day,” he says. “I thought that’s not much fun, you need more teams. I tried to create a soccer league that would include everyone in Howard County. We went to the schools in Glasgow, Fayette and New Franklin and we created a league that had over 220 kids in it at one time. It was a challenge, but it demonstrated to me that everyone could work together.”

In due time, that attitude was applied to bringing much-needed jobs into the area. Richard figured if the towns in the county could come together for soccer, why couldn’t they join forces to promote the region as a great place to start a business?

Civic leaders agreed, but the problem was money. Most entities were like Howard Electric, Missouri’s smallest electric cooperative — lacking the funds needed to hire an economic development professional. But Richard knew the cooperative mantra of “better together” could make great things happen. He took the idea to the Howard Electric Cooperative Board.

That was enough to start a real economic development effort. Over the years, Richard continued to twist arms and the funding has accrued to the tune of more than a million dollars. Today the area approach has extended even farther, with Howard County joining neighboring Randolph County to pitch a larger area to potential employers.

“Richard did a good job selling that at the board table because when you have small-town rivalries through the schools, it’s hard to say ‘OK, jobs in Glasgow, that’s a good thing for Fayette,’ ” says Amber Overfelt, who will replace Richard as manager when he retires in February. “They have to drive through Fayette and might stop to buy gas here, they might rent or live here. What happens in one part of the county, it has that trickle effect and is good for the rest of the county.” 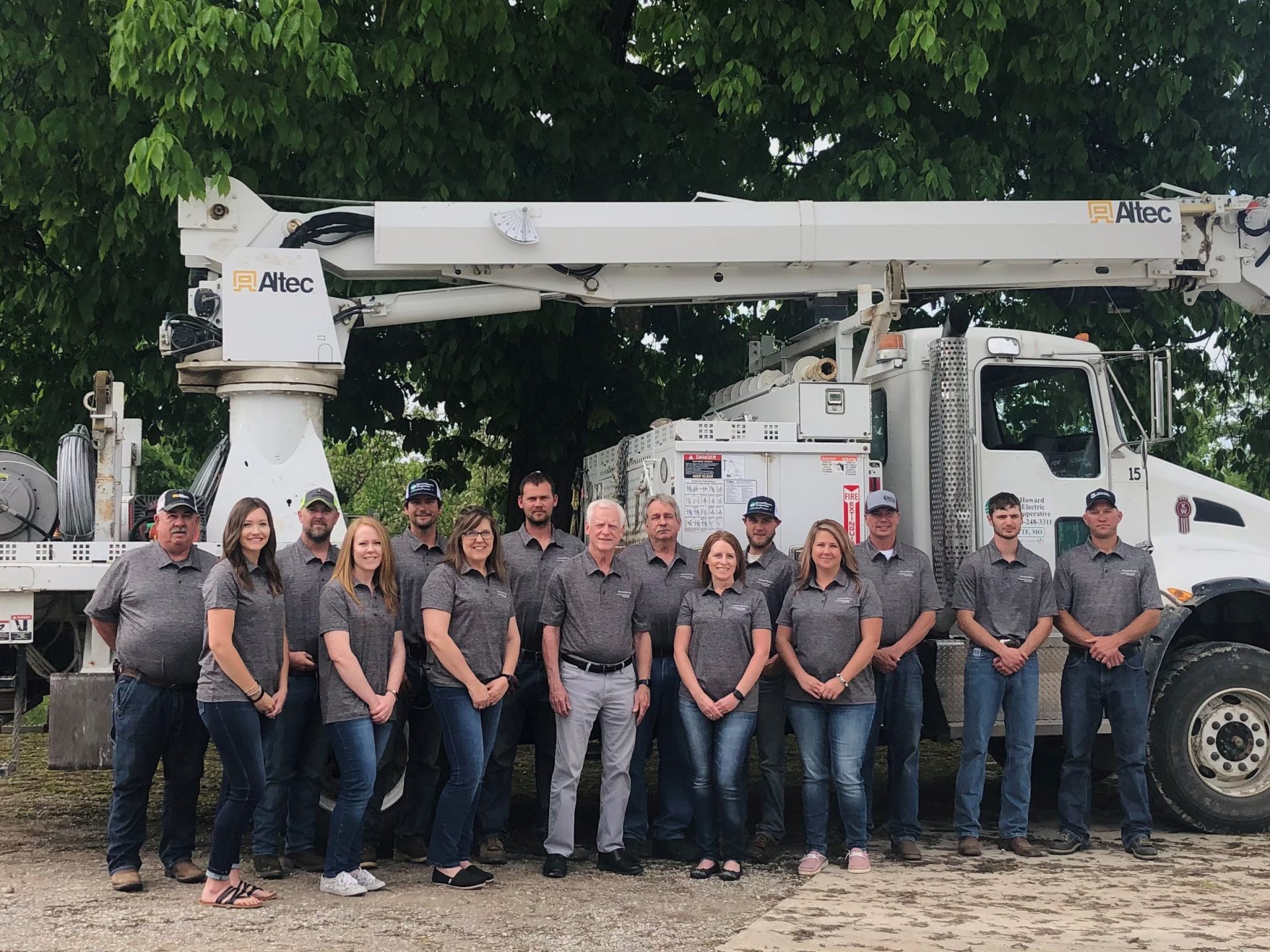 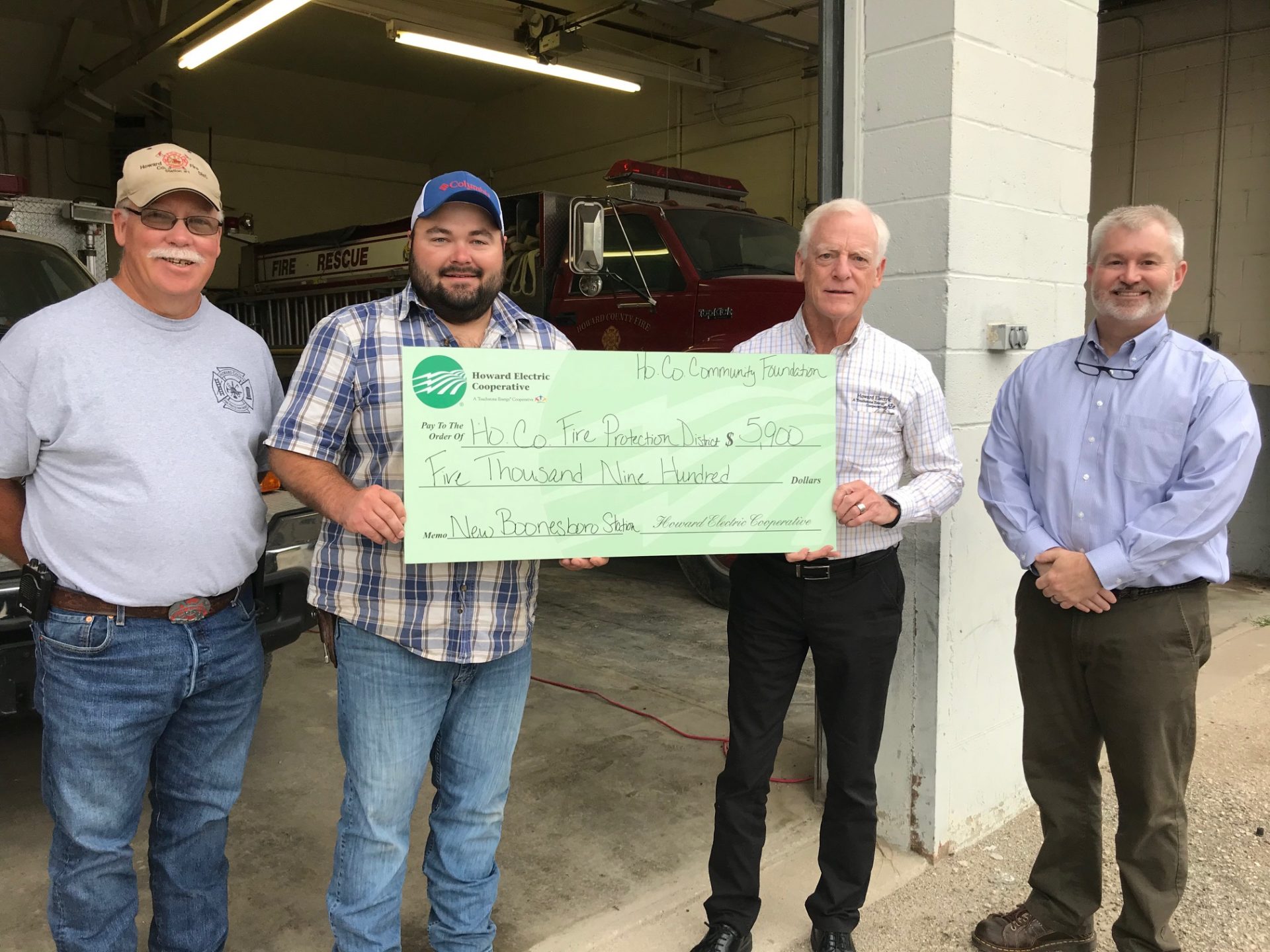 It wasn’t the only time in his 31 years at the cooperative that Richard stuck his neck out at the board table and found great support from the co-op’s directors. Seeing the need to support deserving organizations with small pockets, he came up with a novel way to provide funding.

Many of Missouri’s electric co-ops host a program called Operation Round Up. It allows members to round up their bills to the next highest dollar amount with the extra money earmarked for charities. “I joked with the board, ‘I think our members would like it if we round down.’ We figured out a better way to fund these donations.”

Combined with a Sharing Success grant from cooperative lender CoBank, Howard Electric was able to donate $35,500 to area organizations in 2021. Since its start, the donations have totaled more than $100,000.

“It covers every aspect from the food banks to the Howard County Emergency Management,” says Amber. “It’s huge for the schools, the FFA programs. We donated to the Ministerial Alliance. The Higbee Senior Center has really struggled and we’ve been able to help them.”

She’s especially proud of the funds for area fire departments. That includes a donation of $5,900 that helped build a new fire station in Boonesboro. “That was a huge improvement. It brought fire safety closer to them,” she says.

As Richard moves toward retirement, he is passing the community involvement torch to Amber, who now heads the Howard County Economic Development Council. He recalls the time when Missouri-Pacific Lumber, a major employer in Howard County, was about to leave the area after the Great Flood of 1993 destroyed the business.

“They already had a site in Illinois,” Richard says. “We met with them and said we would like to keep you in Howard County. We tried to overwhelm them with the number of entities that wanted them to stay.”

For months community leaders met with Missouri-Pacific Lumber at Howard Electric’s office. They overcame every obstacle and ultimately, the business stayed put, this time on higher ground and served by the cooperative. That effort showed everyone the advantage of cooperation, something Howard Electric’s employees already knew.

“When you have that unified support for a project it works really well,” Richard says. “That is the culture we have created — to have the entire community come together.”