Missouri’s state park and historic site system has long been one of the most desirable in the nation. And Show-Me Staters sure don’t shy away from taking advantage of the dozens of parks available to them. In the most recent numbers, more than 18 million people visited the parks to take in Missouri’s natural beauty and outdoor adventures. That’s why Rural Missouri is again proud to partner with Missouri State Parks to bring you the 10th annual Missouri Snapshots Photo Contest.

Missouri State Parks has something for everyone. Want to check out an incredible rails-to-trails project? Visit the Katy Trail where you can go for a leisurely walk or if you’re the adventurous type, try to cycle the entire 240 miles. Anglers annually flock to a trio of parks, including Bennett Spring State Park near Lebanon, where the opening day of trout season begins promptly at 6:30 a.m. on March 1. History buffs can take in the castle ruins while hiking at Ha Ha Tonka State Park in Camdenton or even visit the graves of four Missouri governors at three state historic sites. After a day of hiking at Echo Bluff State Park, you can rest your head at one of their campsites or beautiful cabins.

With all of this to offer, the park system’s best attribute might be the cost of admission to any park or historic site: $0.00. The system is funded through half of the one-tenth-of-one-percent parks, soils and water sales tax that is reconsidered by Missouri voters every 10 years, most recently in 2016.

As in the past, we were flooded with entries of Missourians enjoying their time in the state park system. Shutterbugs were eager to share with us their hiking adventures, activities on the water, memory making in the woods, camping under the stars and much more. The five categories all had plenty of entries with contest mainstays Capture the Beauty and Hit the Trails garnering the most total entries.

The judging panel was comprised of staff from Rural Missouri and Missouri State Parks. They met virtually in November and selected a first-, second- and third-place recipient in all five categories. First-place winners will receive a $500 personalized Missouri State Parks prize package with the second- and third-place finishers being awarded a $100 and $50 gift card, respectively. Please enjoy this year’s winners!

You can learn more about Missouri State Parks online at www.mostateparks.com or by calling 800-334-6946.

Annually our most popular category, Capture the Beauty challenges entrants to find the scenes that make Missouri’s state parks and historic sites so beautiful. The judges were particularly impressed by all the amazing entries. 1st: “CCC Bridge” by Chris Williams, Independence. Chris framed these November anglers at Bennett Spring State Park through the bridge built by the Civilian Conservation Corps. 2nd: “Springtime Waterfalls” by Joe Howard, St. Louis. Photos of waterfalls inside Don Robinson State Park had long eluded Joe as they mostly flowed during and after heavy rainfall. “I had been chasing them for months and failing,” he says. “Then we had a few days of nonstop rain and I made it to Don Robinson and was pleased to see them at full blast.” 3rd: “Mina Sauk Falls After a Rainy Day” by Glennon Williams, St. Louis. Glennon left home at 5 a.m. to explore Taum Sauk Mountain State Park and the falls and made this photo with a 2 1/2-second exposure. 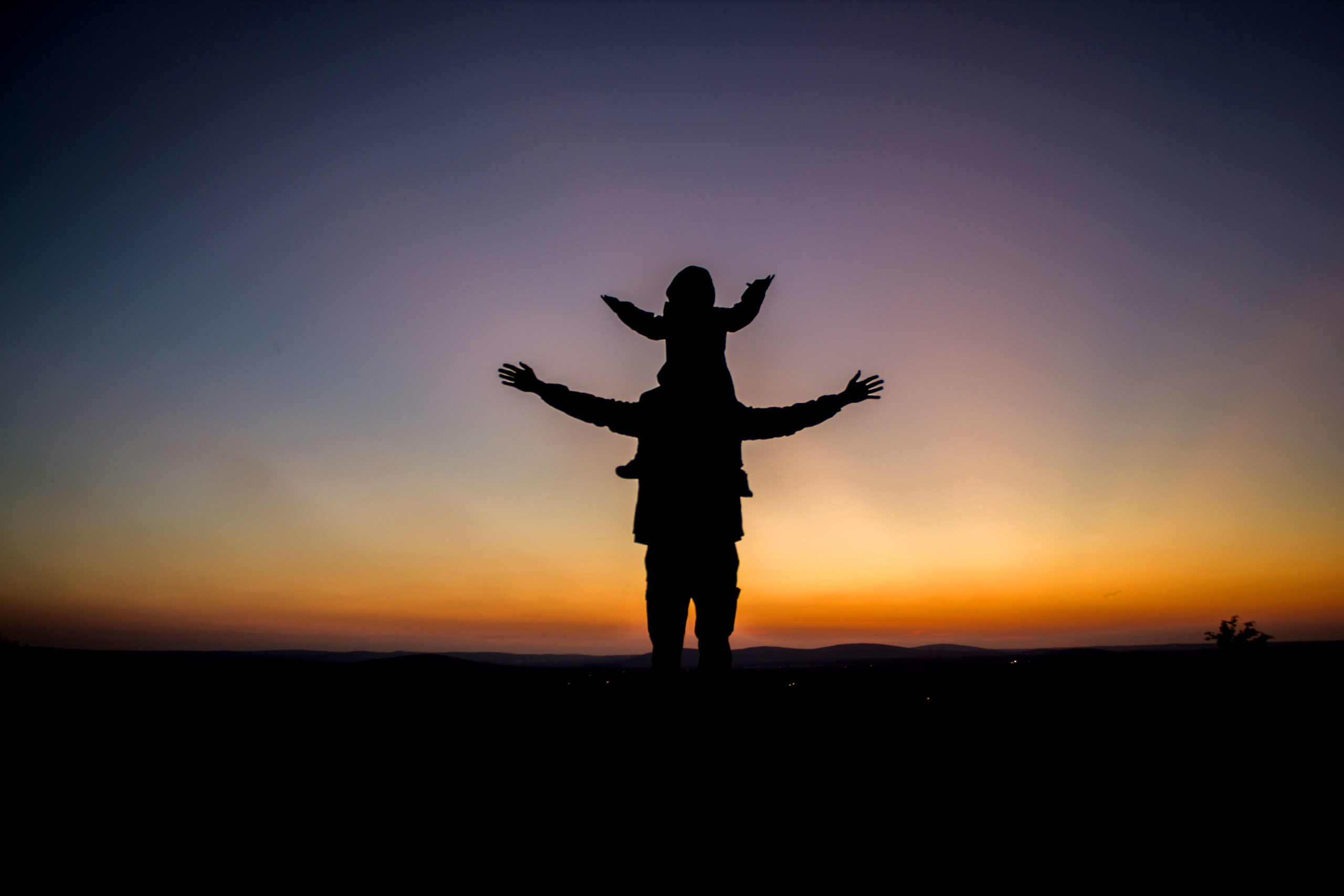 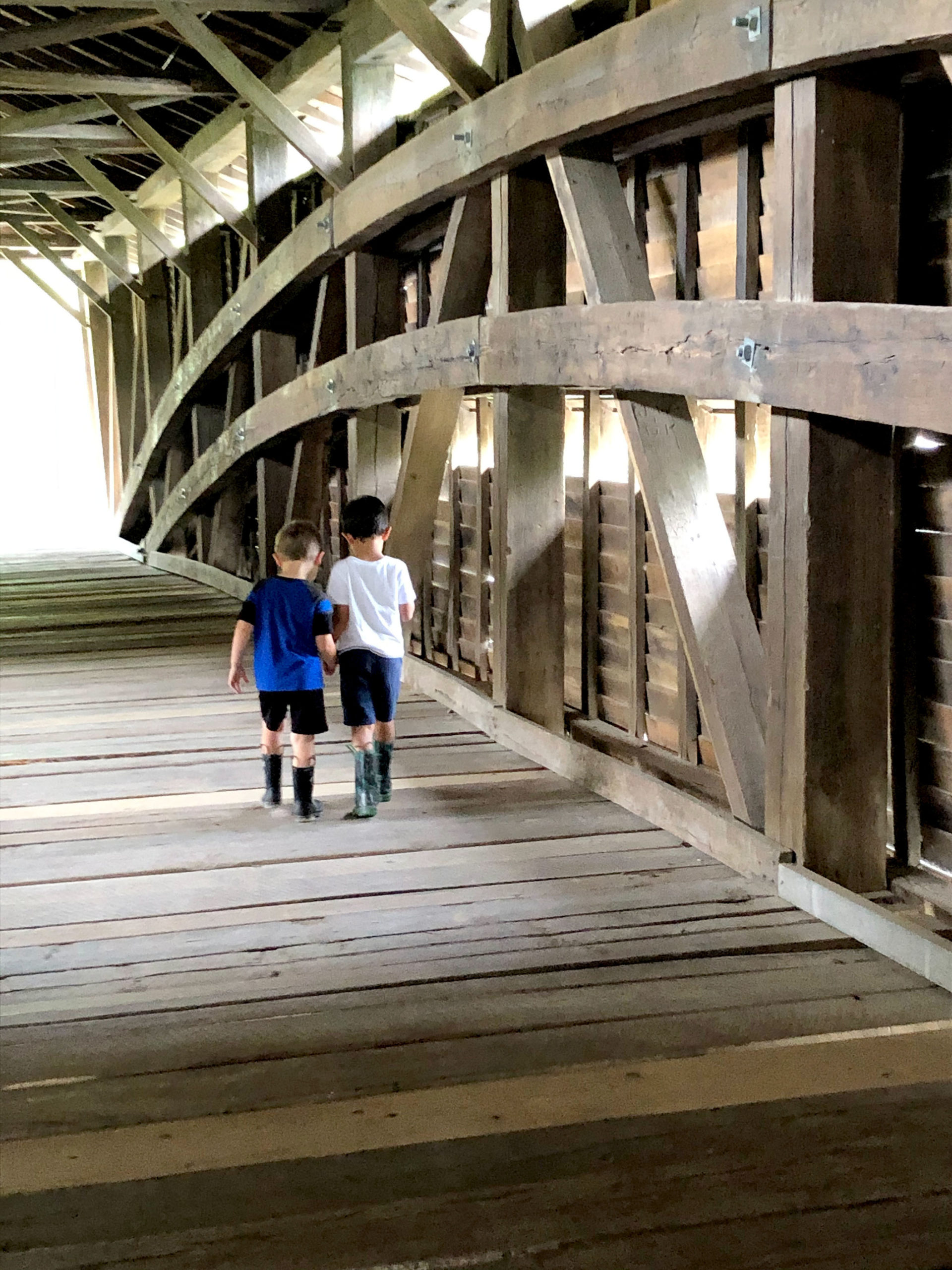 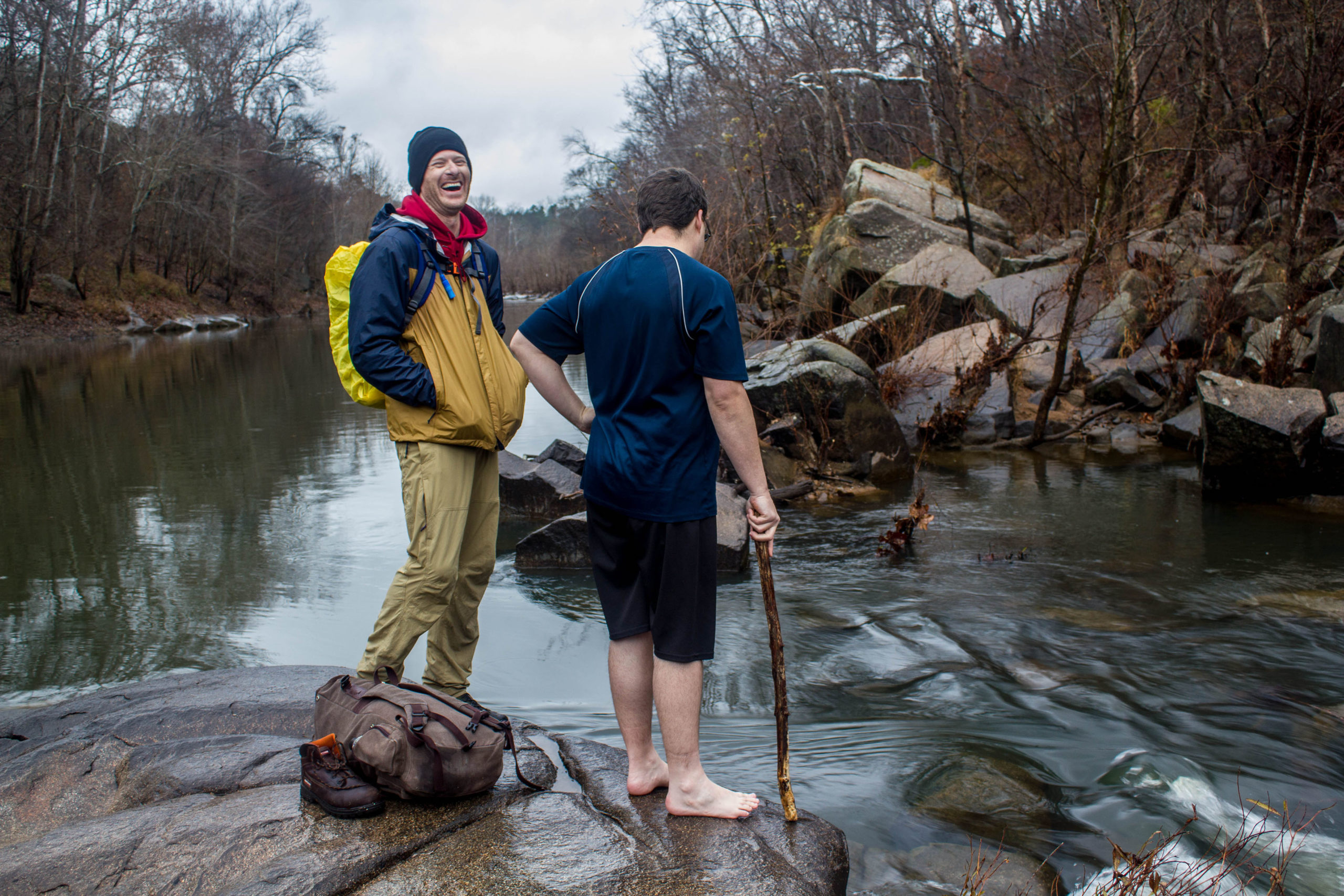 Entrants were tasked with showing off some of their most memorable experiences inside Missouri’s state parks. 1st: “Collect Moments, Not Things” by Justin Smith, De Soto. Justin highlights the fun you can have outdoors with your family inside the state parks, including watching the sunset at Taum Sauk Mountain State Park. 2nd: “Cousin Crossing” by Lucy Rutter, Shelbina. A pair of 4-year-old cousins carefully make their way across the Union Covered Bridge. 3rd: “To Save a Mile” by Justin Smith, De Soto. Justin made this photo at Johnson’s Shut-Ins State Park and jokes: “The things people will do to save a mile.”

Fun on the Water 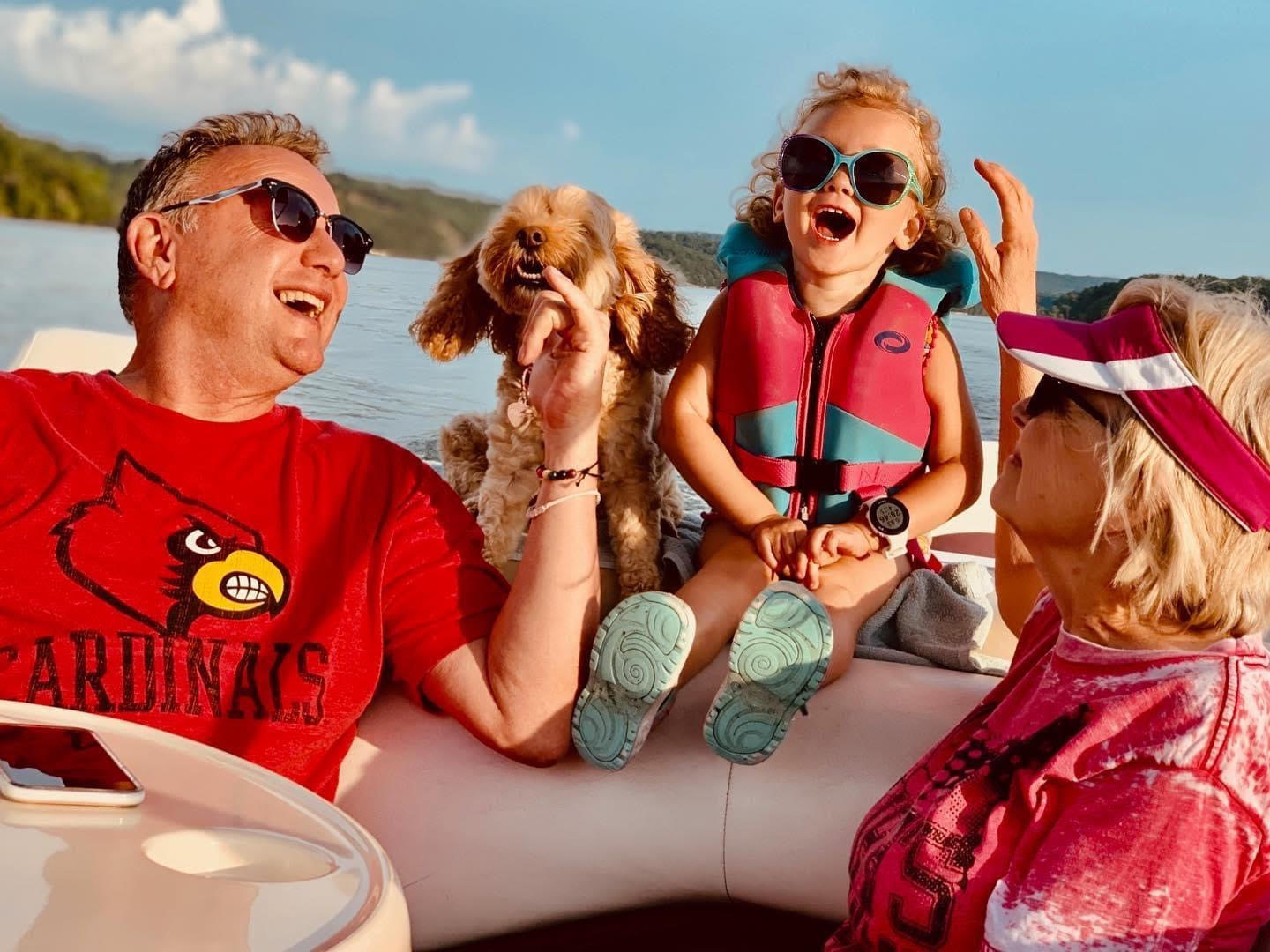 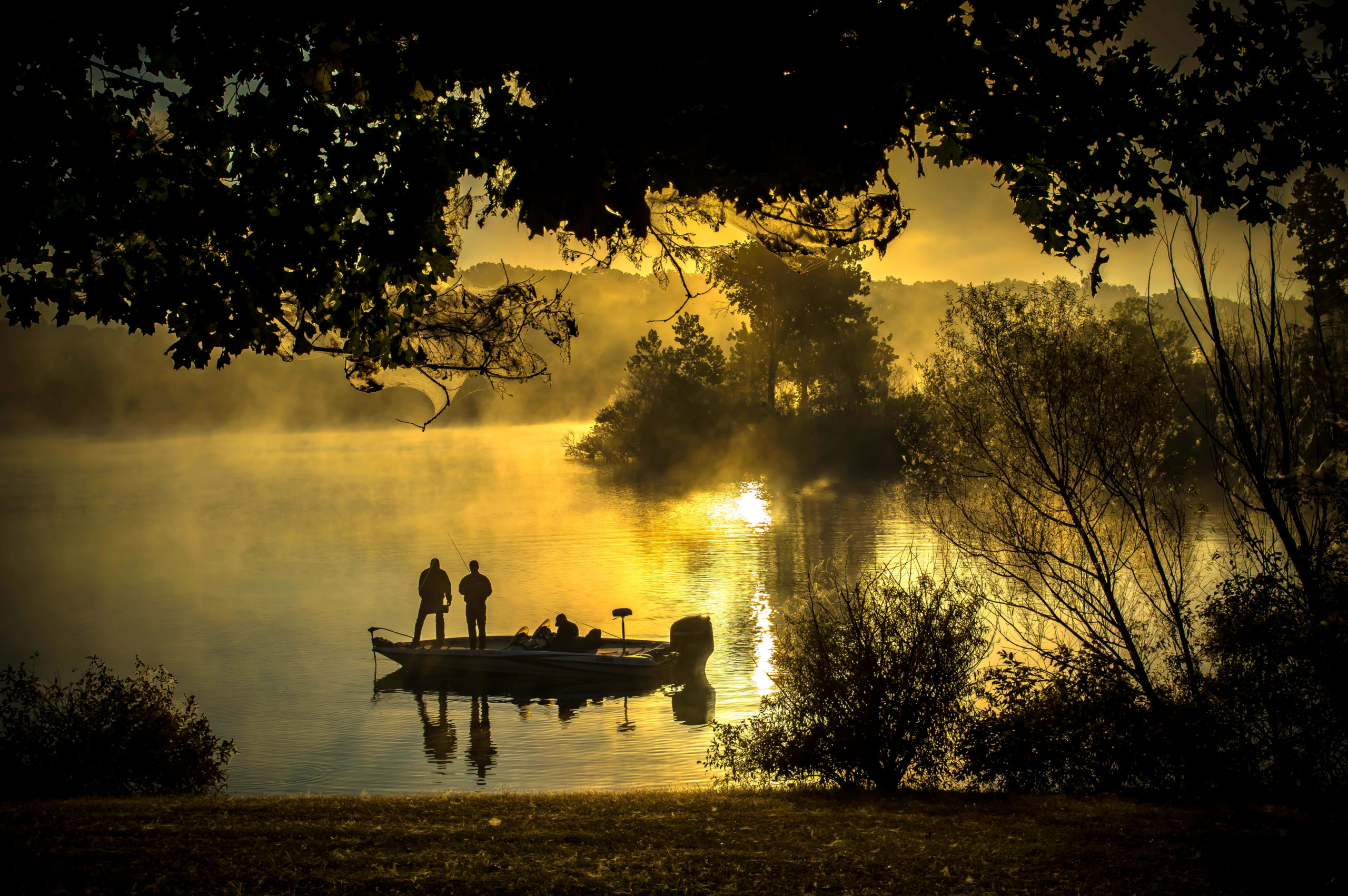 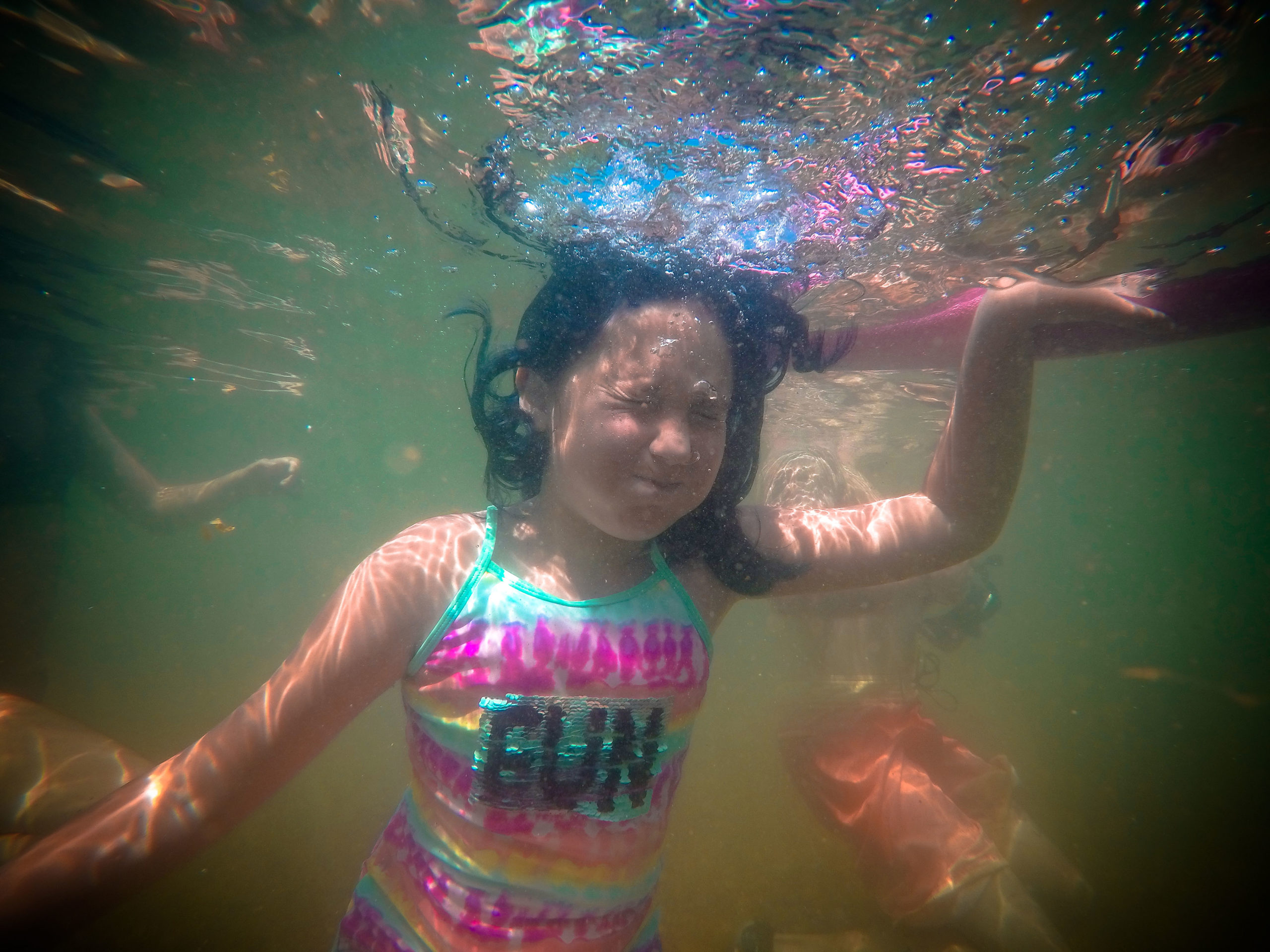 Entrants in this category showed off the never-ending aquatic options parkgoers have at Missouri’s parks. 1st: “Smiles All Around” by Patty Rothweller, Derby, Kansas. Patty took this photo of her family pontooning at Table Rock Lake State Park. 2nd: “Fishing in the Morning Mist” by Angela Legens, Seymour. Angela made this photo early in the morning after spending a night at Hermitage Campground at Pomme de Terre State Park. The scene on the water just presented itself to her. “It was perfectly beautiful so I had to take a picture,” she says. 3rd: “Splashing the Day Away” by Justin Smith, De Soto. Justin made this photo of his daughter at Sam A. Baker State Park and was taken aback by the reflection of the colors in the water. 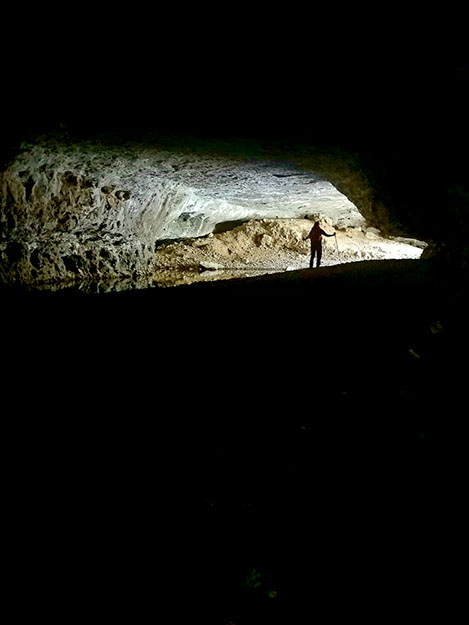 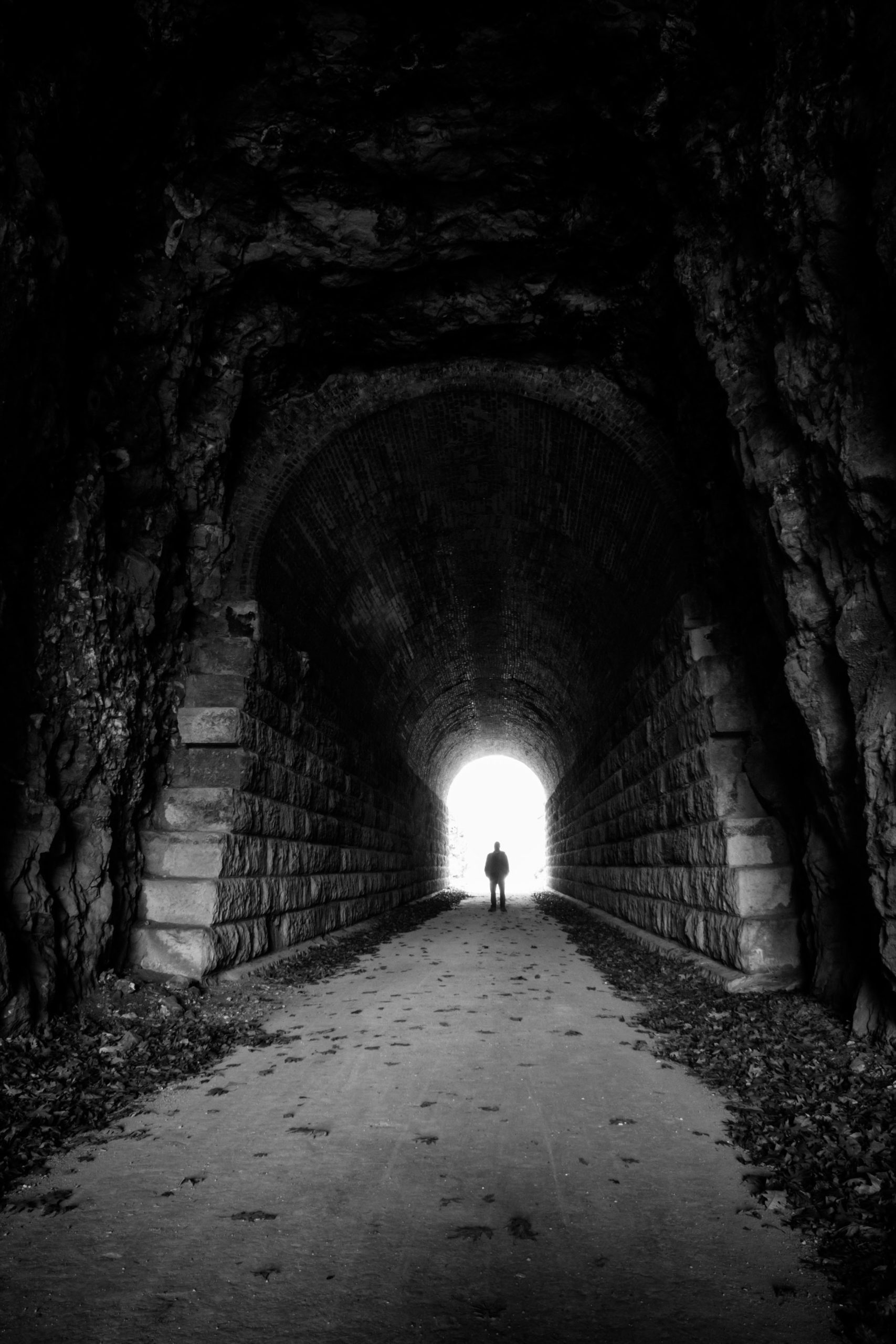 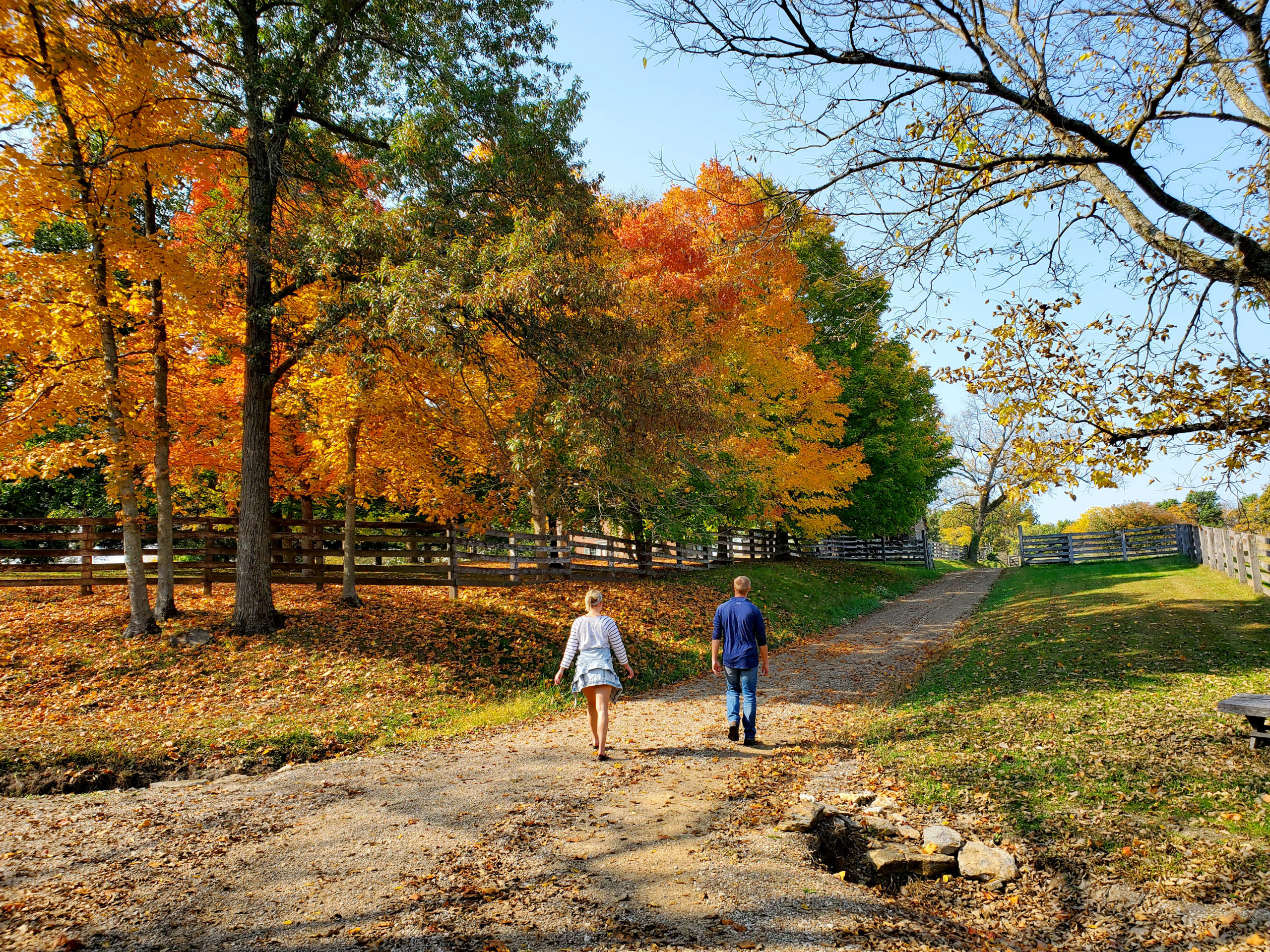 From dirt biking to hiking to horseback riding, there are trails throughout the Missouri State Park and Historic Site system. Entrants in this category were asked to show off what made Missouri’s trails so popular. 1st: “Hiking Bennett Springs” by Wade Brabits, Platte City. Wade captured this frame beautifully with the hiker perfectly silhouetted by the light from the opening. 2nd: “The Illuminated Path” by Justin Smith, De Soto. The Katy Trail is a spectacular rails-to-trails project that crosses the state from east to west. Justin made this photo inside an old train tunnel on the trail. 3rd: “Colorful Trails” by Mary Logan, Odessa. Mary captured this photo of her grandchildren during the height of fall colors in early October at Watkins Mill State Park.

Camping in the Parks 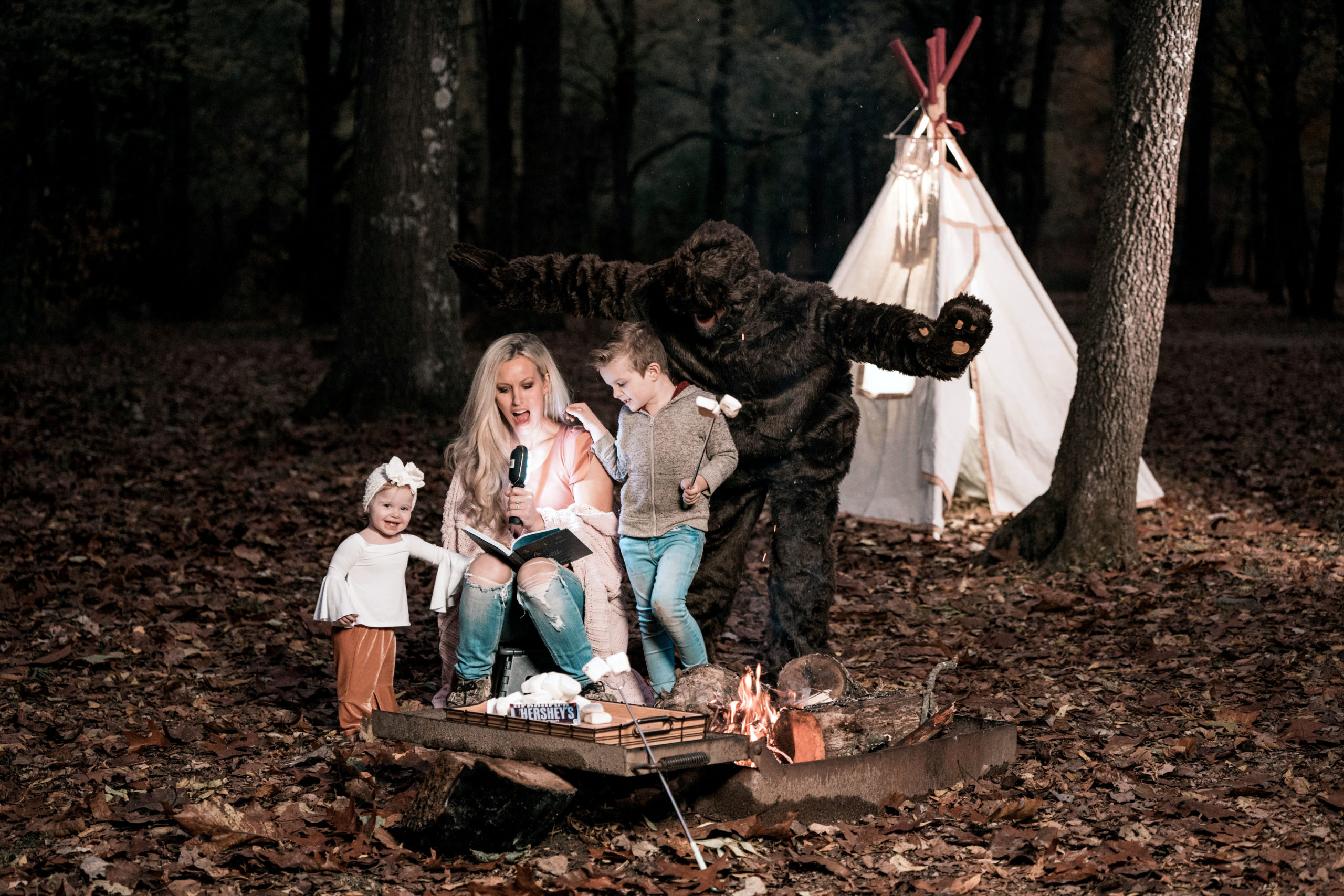 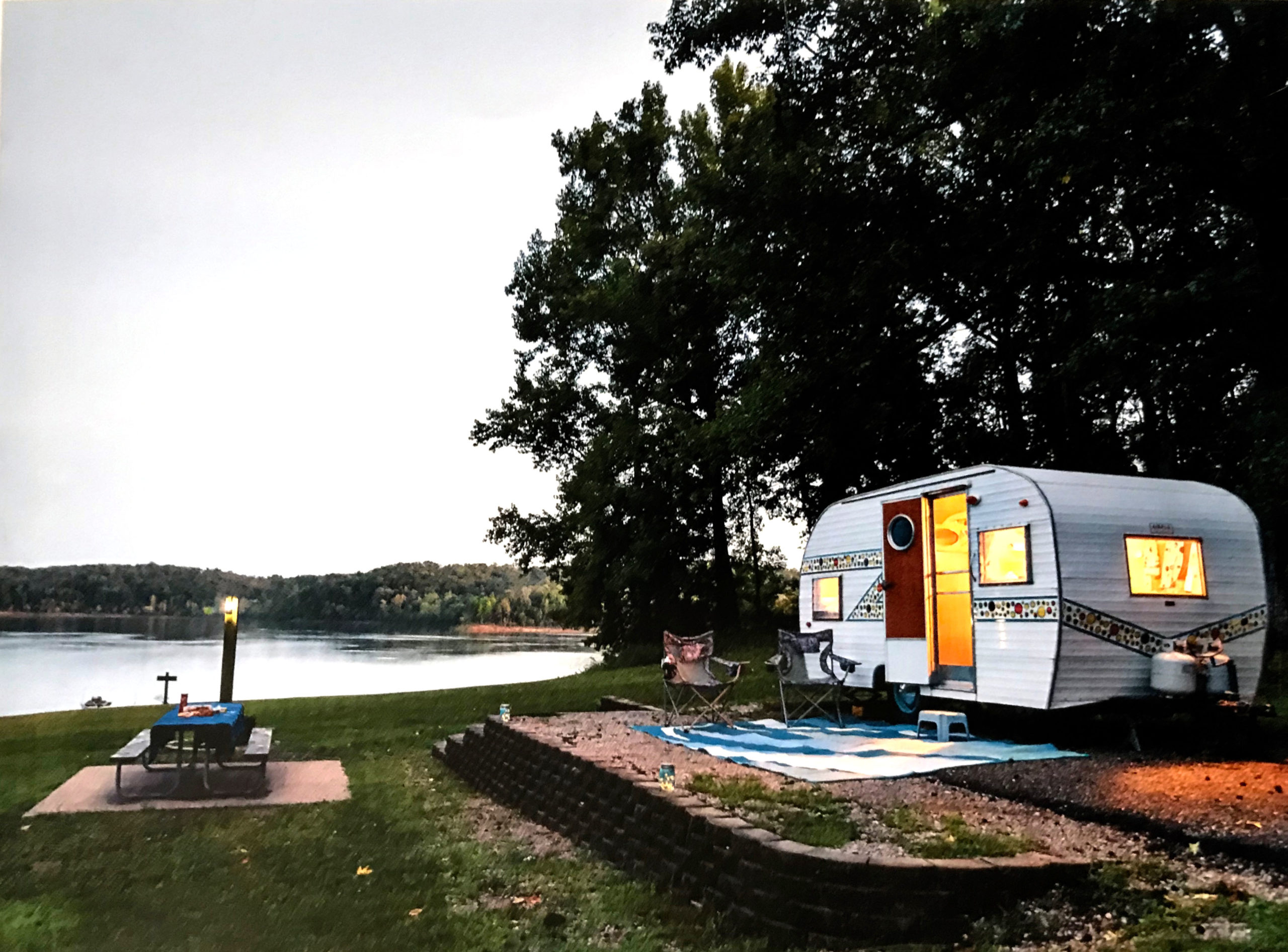 One of the many sought-after activities in Missouri’s state parks is an overnight camping trip. Entrants in this category were tasked with showing the beauty and fun that can be had during a night under the stars. 1st: “Marshmallows, Chocolate and a Bear (Oh My!)” by Stephanie Mayer, Annapolis. Stephanie and her family spent the evening at Sam A. Baker State Park making a fun family photo. 2nd: “Campfire at Sunset on the Lake” by Angela Legens, Seymour. Angela made this picture while enjoying a campfire with her family at Pomme de Terre State Park. 3rd: “Saving a Camping Spot For You” by Teddy Ross, Ste. Genevieve. Teddy shared this scene from his early September camping trip to Lake Wappapello State Park.