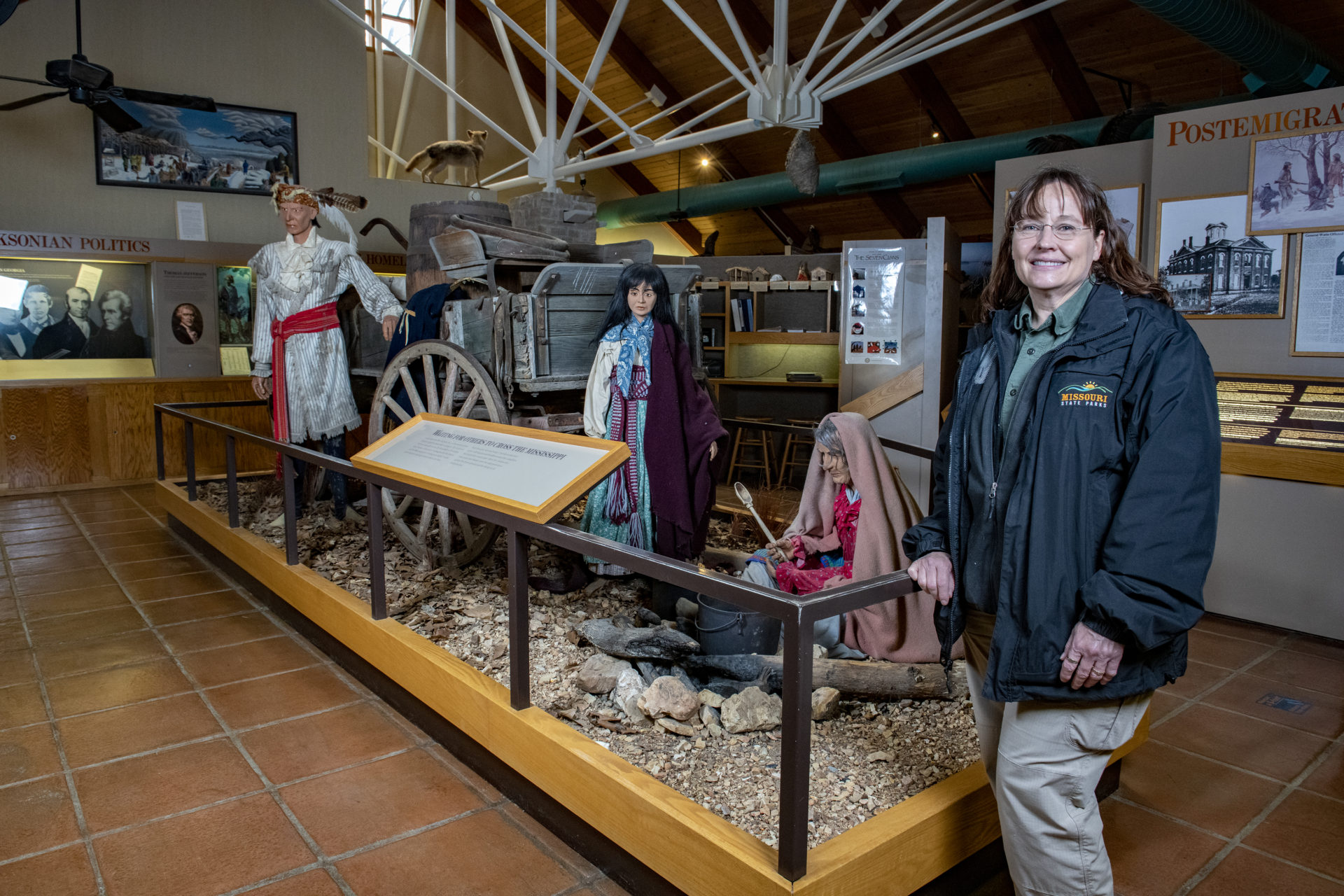 After the Louisiana Purchase, in 1803, President Thomas Jefferson envisioned the Missouri Territory as a refuge for Native Americans who voluntarily moved there to avoid extermination in the East. But such a vision had no realistic possibility of being put into practice.

Missouri experienced a population surge as white settlers poured across the Mississippi River to take up lands in the newly formed state. These newcomers had no intention of sharing their home with the original occupants.

The Shawnee and Delaware were among the first tribes in Missouri to experience the arrival of land-hungry Americans. In the early 1790s, these tribes had been invited by the Spanish to cross the Mississippi and settle on a large land grant in today’s Southeast Missouri. In a manner similar to the Cherokees in Georgia, they erected log houses and barns, built fences, and cleared land for crops. Their lifestyle was virtually indistinguishable from that of their Spanish, French and more recent Anglo neighbors. During the Spanish era, the predominantly French and Native American residents coexisted peacefully with each other in mutually beneficial settlements.

With the American takeover, however, all lands had to be surveyed before public land sales could commence.  Previous titles held by Spanish, French and pioneer Americans had to be confirmed before any public land could be offered for sale. This tedious process dragged on until 1818.

But the unstoppable flood of new settlers was already starting to occupy both unsurveyed and Native American lands. This frustrated American authorities, who could do little to stop either. In response, the Shawnee and Delaware tribes took a different course than that followed by the Cherokee holdouts in Georgia, whose tragic forced march west was along a “Trail of Tears” of suffering and death. In the fall and winter of 1838-39, Cherokees and other tribes were removed by military force from their traditional homelands in the southeastern United States. Compelled to make their trek by land in extreme weather conditions, thousands of Cherokees succumbed to disease, privation or harsh weather conditions before reaching their destinations in what was then referred to as the Indian Territory in modern-day Oklahoma. At least three of the several land routes they followed led through Missouri. 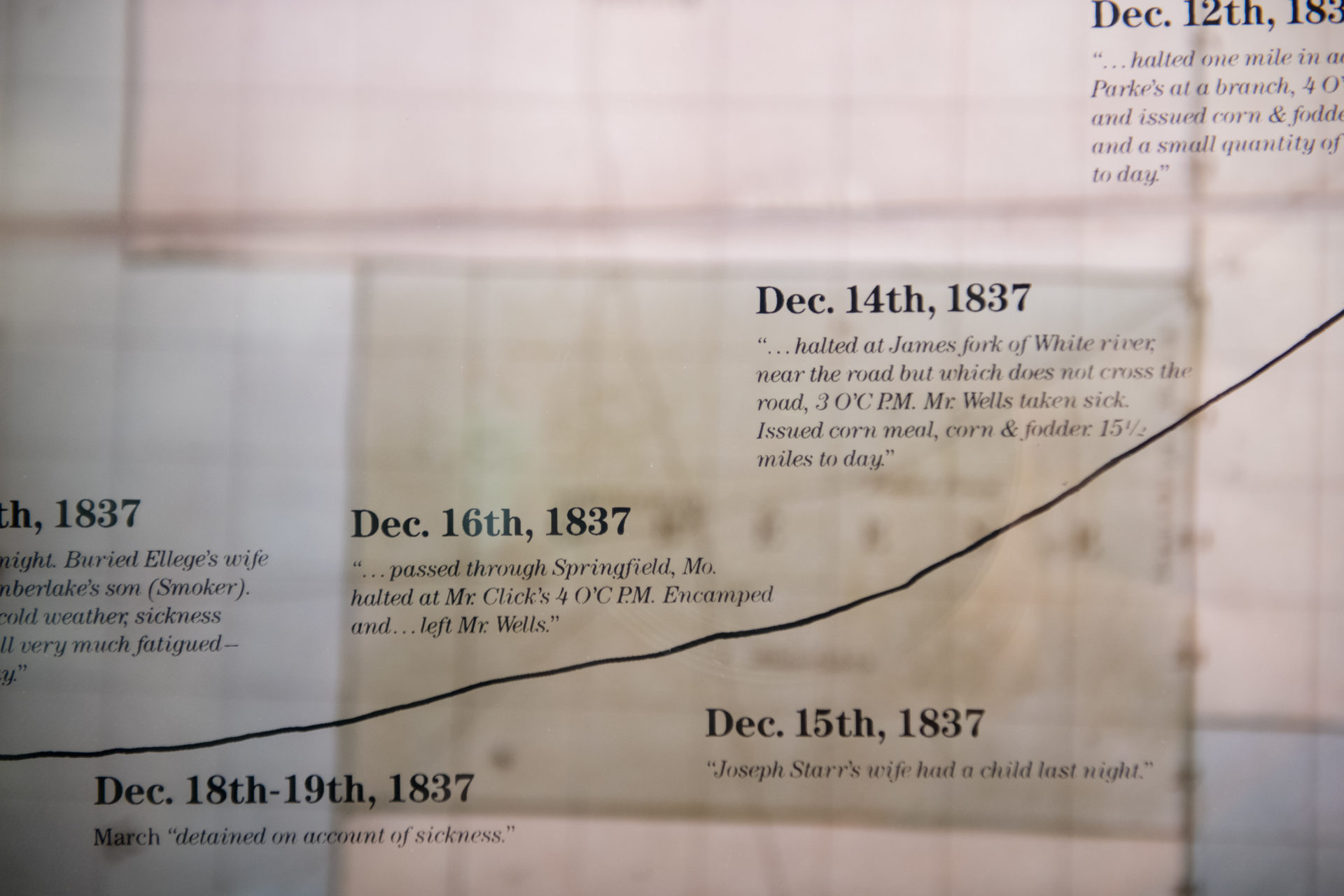 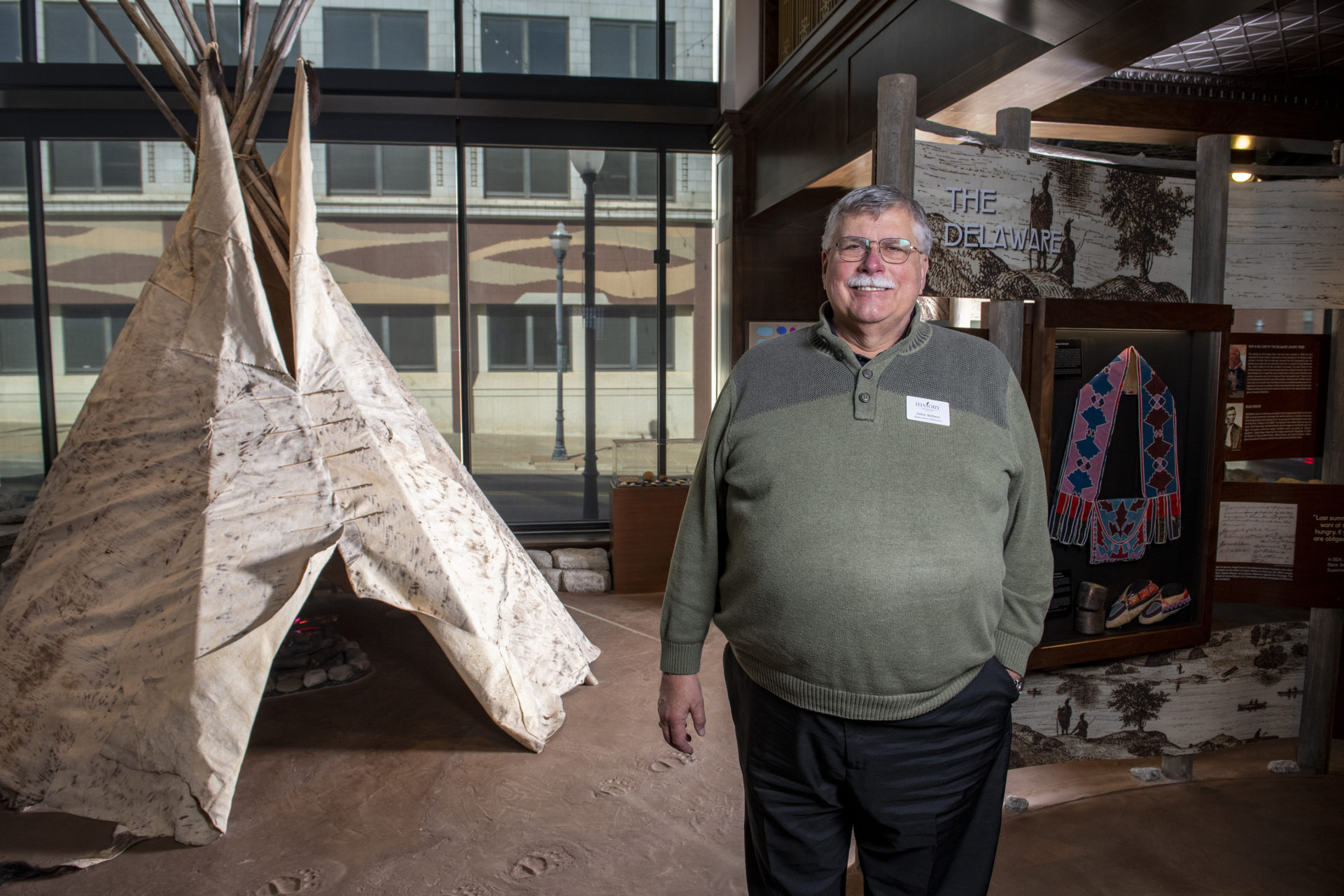 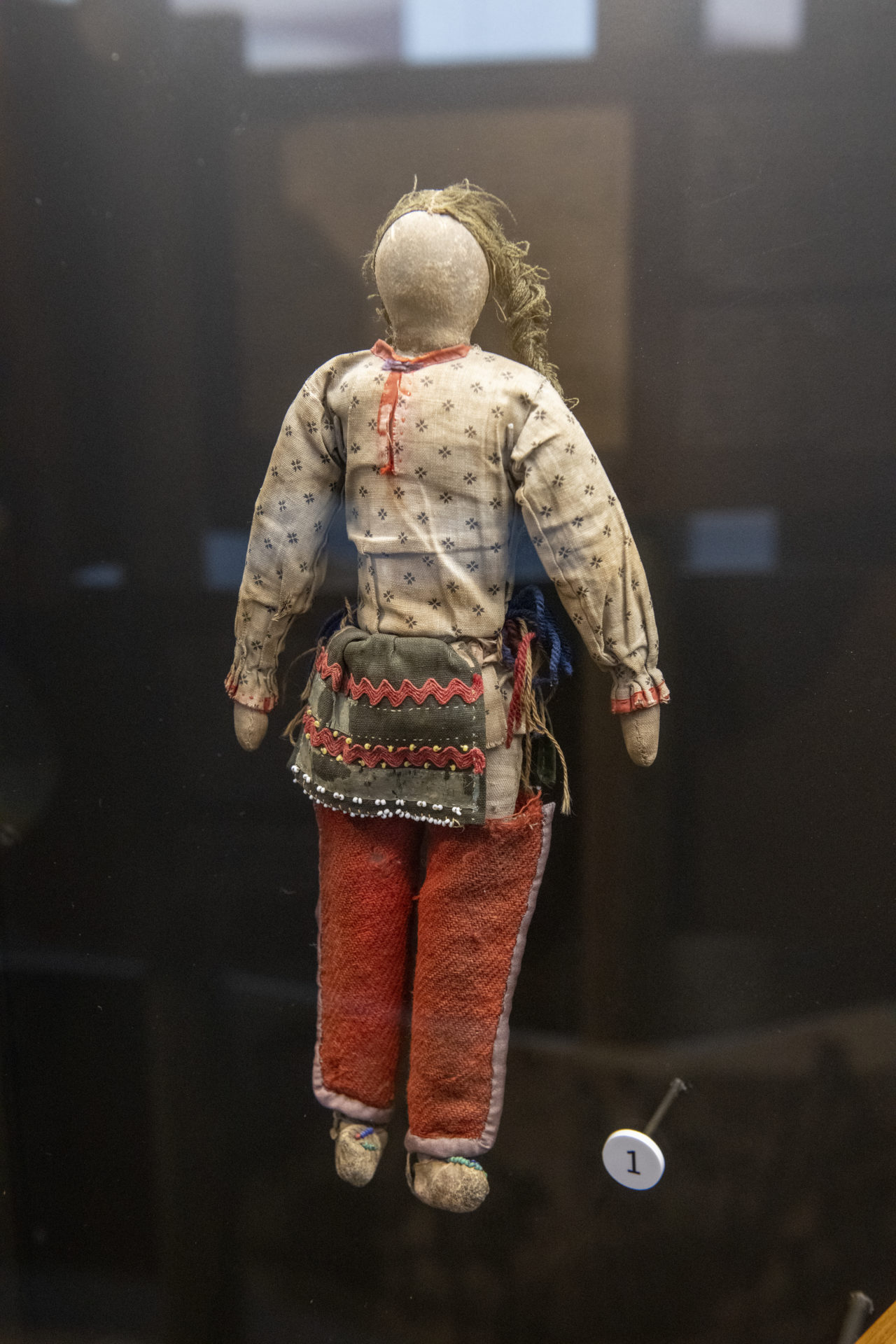 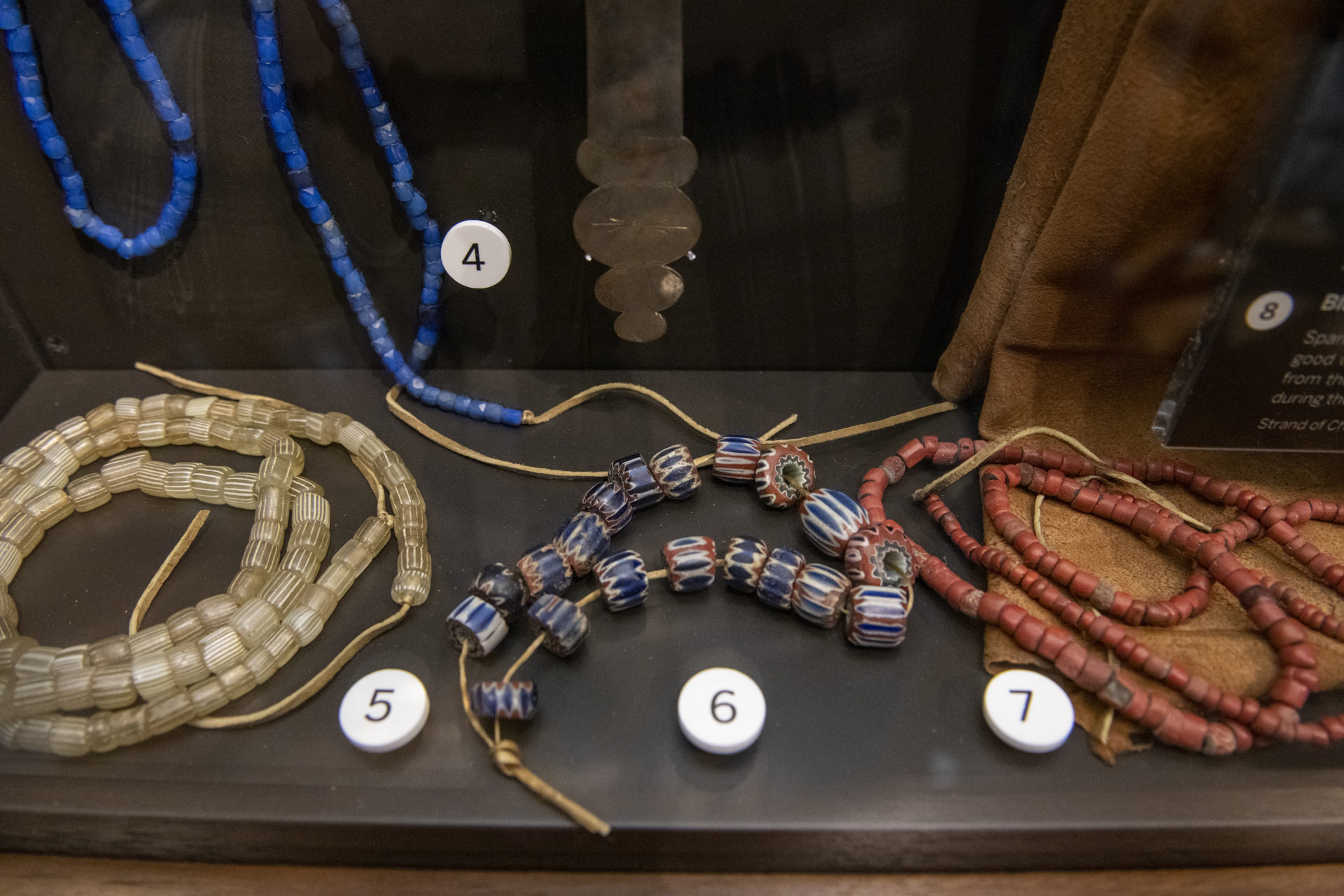 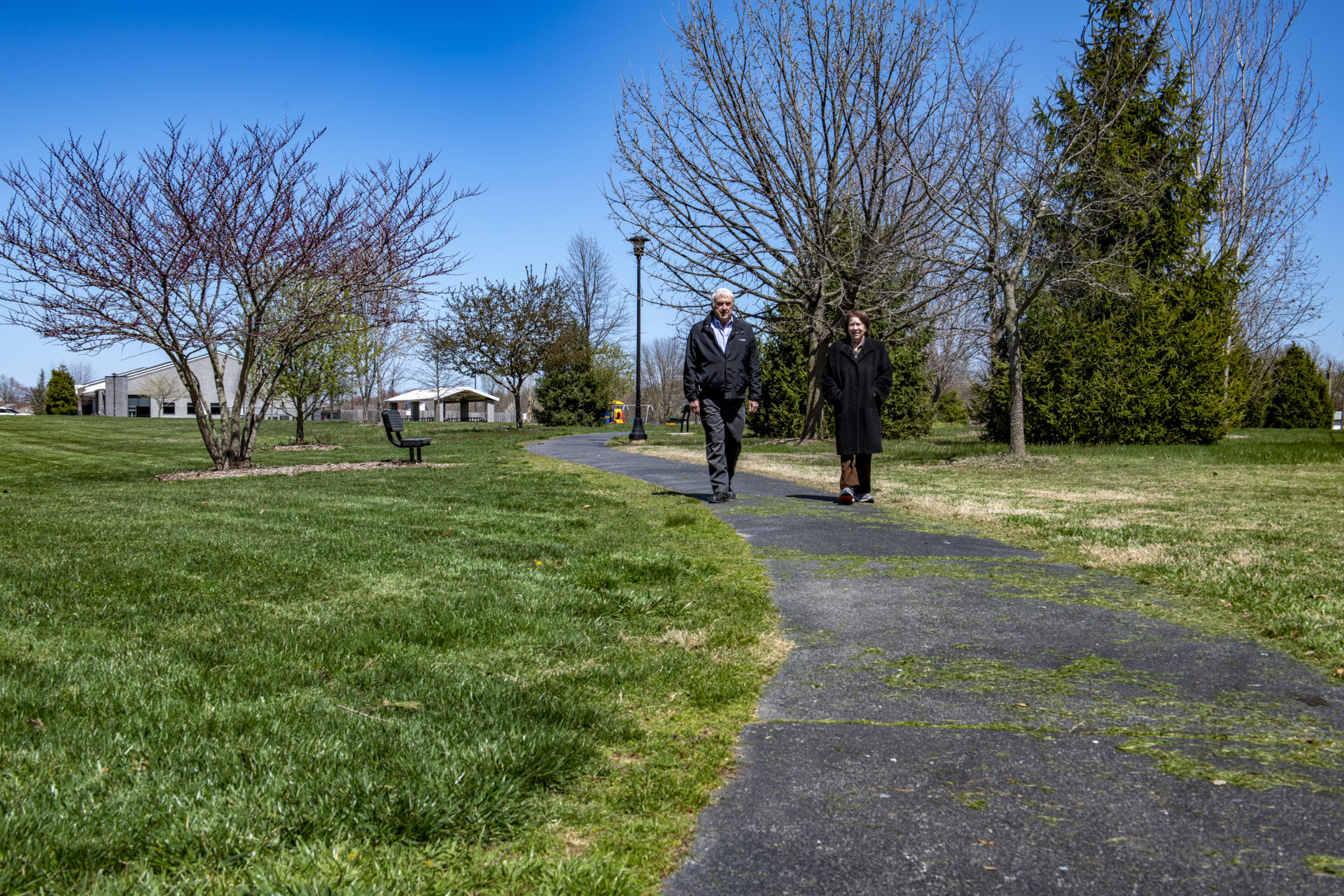 The Shawnee and Delaware already knew what to expect of Americans, whose advancement into the Northwest Territory they had earlier fled. There was no need to evict them by military force. They began to leave their Southeast Missouri home on their own. By the time the first of several treaties with the Shawnees was inked in 1825, most of the Shawnees in Southeast Missouri had already migrated into the southern Ozarks, Southwest Missouri, and finally to reservations set aside in Kansas.

In 1804, a small contingent of Sauk-Fox chiefs signed a treaty in St. Louis in which they gave up a huge tract of land in north Missouri, Illinois and Wisconsin. William Henry Harrison, the negotiator, allegedly got them drunk and tricked them into signing a document they didn’t understand. Understand or not, they had just signed away all of their tribal lands to the Americans.

This infamous act caused lasting enmity among the Sauk-Fox, especially the war chief Black Hawk, who led a large faction. During the War of 1812, his warriors murdered several Missouri settlers. Still undefeated by Americans at the war’s end, Black Hawk and his followers nurtured their bitterness. Finally, in 1832, the Black Hawk War erupted but was short-lived. Large numbers of Black Hawk’s followers — men, women and children alike — were slaughtered at the Battle of Bad Axe in Wisconsin. The defeated survivors, including Black Hawk, spent their last days on reservations.

In 1808, William Clark, with Meriwether Lewis, executed a treaty with the once-mighty Osage to cede all of their lands between the Arkansas and Missouri rivers, a huge tract for a paltry sum of money. A later treaty in 1825 led to the transfer of an additional 30,000 square miles in exchange for a small reservation in what is now Kansas.

As the 1820s gave way to the 1830s and the age of Andrew Jackson, America’s policy toward Native Americans shifted from voluntary to compulsory relocation. The Indian Removal Act of 1830 set this new policy into motion.

During this period of Native American removal, one man in Missouri presided over the entire process as it played out in the West: William Clark. Following his famous expedition with Lewis, Clark settled in St. Louis and, under different titles, managed western Native American affairs until his death in 1838. In his long career of public service, he served under every president from George Washington to Martin Van Buren.

Clark shared Jefferson’s view that Native Americans should be protected, not exterminated, as many frontiersmen would desire. This approach cost him election as Missouri’s first governor; he was considered too soft on Native Americans because the treaty, not the gun, was his main weapon. Over his career, he conducted 37 treaties. Native Americans surrendered over 100,000 acres of ancestral homelands. Some 75,000 Native Americans set out on countless trails of tears to reservations in the West.

Clark’s last treaty also completed the boundary of Missouri as we know it today. Prior to 1836, the state’s northwestern boundary was a line that extended north from the mouth of the Kansas River. It excluded an area that became known as the Platte Purchase, consisting of present-day Platte, Buchanan, Holt, Andrew, Nodaway and Atchison counties.

By the mid-1830s large numbers of Ioway and Sauk-Fox had been relocated there by previous treaties. The rich soil of this region caught the attention of Americans eager to spread the Missouri settlement frontier. As in every previous instance of land-hungry whites coveting Native American land, the tribes had to give way. So in 1836, Clark drafted what would become his final treaty. This time the trail of tears was a short one for the Sauk-Fox and the Ioway — just across the Missouri River to reservations in Kansas and Nebraska.

Two years after this treaty, Clark died. Gone too were the many tribes that had once inhabited Missouri — the Osage, Shawnees, Delaware, Kickapoos, Sauk-Fox and Ioways.

Thanks to Clark, this tragic process of uprooting, dispossession and relocation was, in main, accomplished with treaties rather than violence or ethnic cleansing. Americans of that day were more than capable of those options. Whatever else can be said about the complex character and actions of William Clark, the numerous trails of tears he helped create were much less stained by bloodshed and extermination than they might have been had a lesser man been at the helm.