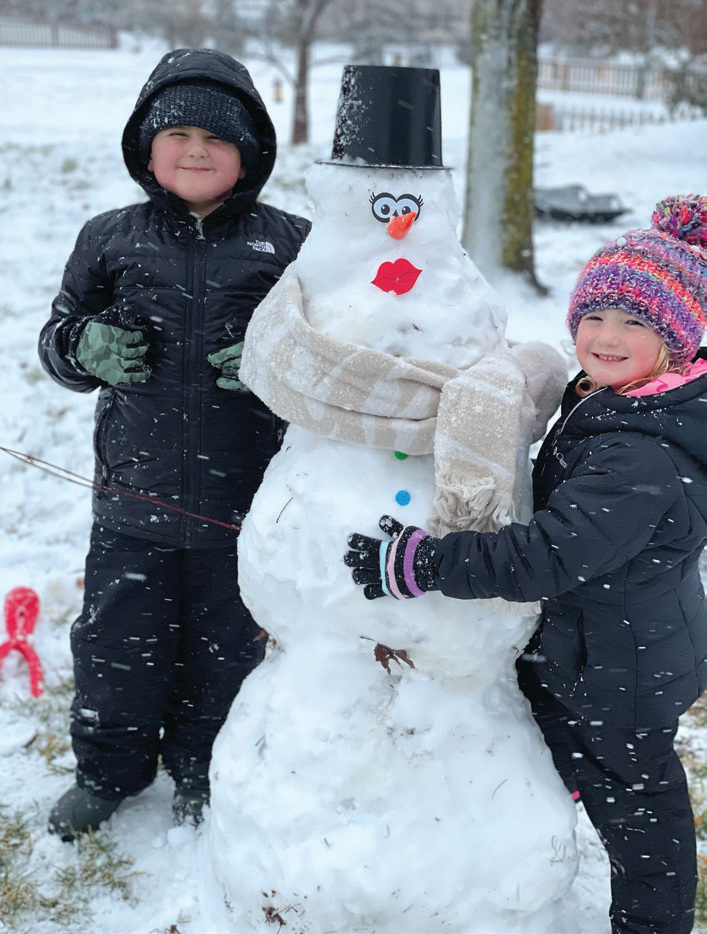 I’m not going to lie to you, a few Fridays back, I snuck out of the office early to spend time with the kids. Our member-owners probably didn’t get a full day’s worth of work out of me — but for some things you just have to make time.

I’d like to think I was following one of our co-op principles — Education and Training. My kids needed to learn the fundamentals of building a good snowman and how to throw a snowball accurately. That being said, they also know that co-op work doesn’t end when their dad leaves the office … I may have slipped in a few text messages when they weren’t looking.

In fact, from the beginning, a job at an electric co-op has never been a 9-to-5 option. You can bet that as electric lines were spread across rural Missouri, those men and women who signed up friends and neighbors for service missed quite a few suppers at home. Not much has changed today. I’m sure there are times when you see local co-op employees working after hours and wonder, “Is this what other electric utilities do?”

It’s not — and that’s because electric co-ops don’t follow the typical path of other utilities. We do things different because we are different.

Most importantly, co-ops were never designed to make a profit. If rural Missouri was going to get electricity, profit wasn’t an option. Early utilities discovered the hard way there’s not much money in serving electricity where cows outnumber people.

Then there are the seven cooperative principles your co-op follows:

You can see these principles at work in everything our co-op does. Whether it’s helping their neighbors get broadband or their local school district with an electric school bus, co-ops are there to help their community. During the past year, co-ops worked hard to make sure their member-owners could participate in the business of their co-op. This year we saw virtual meetings, drive-thru voting and many other changes to make sure we members still had a voice in how our cooperative runs.

This time of year, I don’t know where we would be without Cooperation among Cooperatives. Co-ops don’t get to pick when the lights go off. When a major storm rolls through Missouri, a co-op’s job is to get the lights back on as soon as humanly possible. Thankfully, there’s always an army of employees from the cooperative family who come to the rescue when a co-op is overwhelmed.

At the end of the day, your electric cooperative’s goal is the same goal that it has had since 1936 — to improve the quality of life for rural Missouri. And that’s a job that doesn’t end at 5 o’clock.