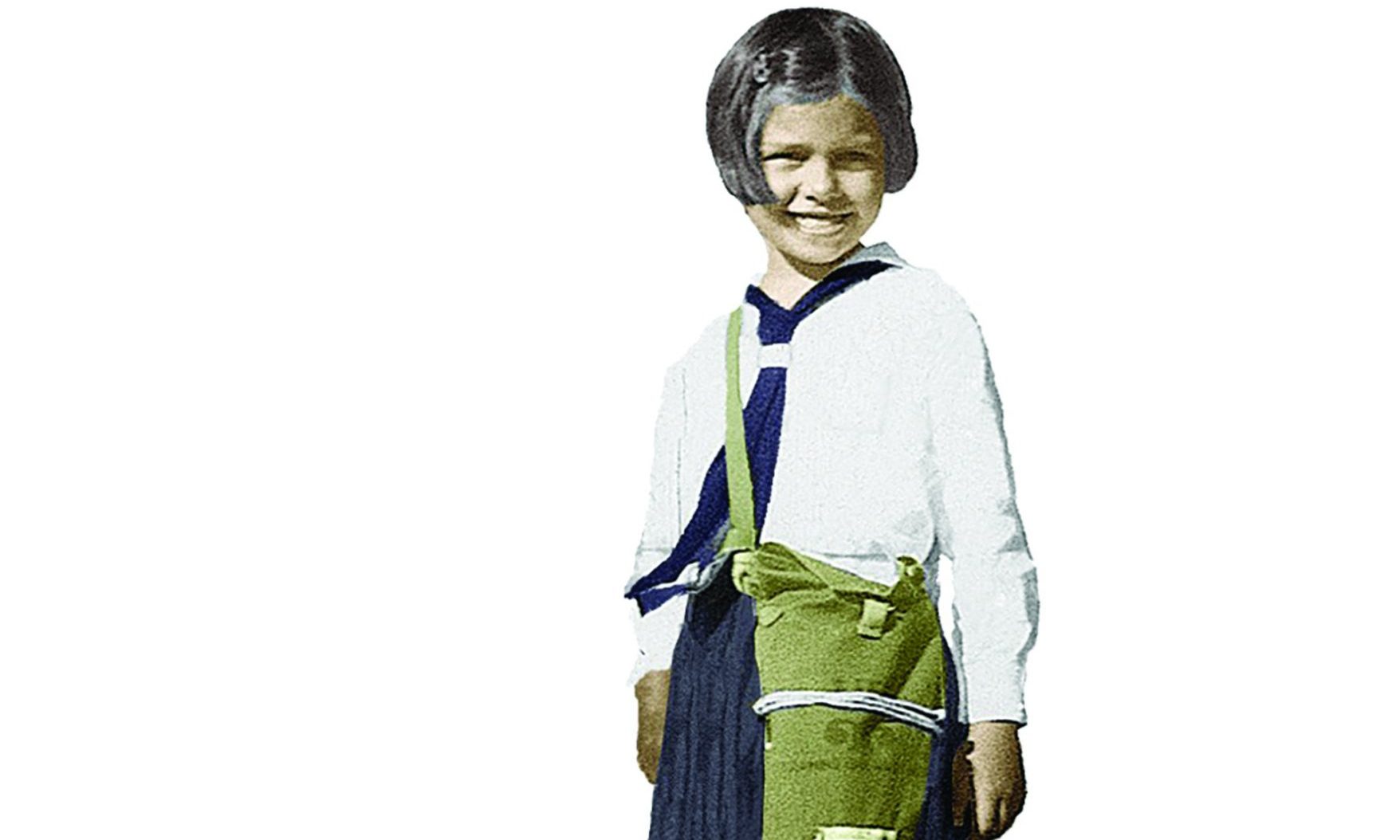 An eyewitness account of the attack on Pearl Harbor

It was a Sunday morning. Dorinda Makanaonalani remembers Dec. 7, 1941 as clearly as if it were yesterday. It was the Sunday that would forever change the life of the 6 year old, her family and the world.

Dorinda clearly recalls the attack on Pearl Harbor 78 years ago. She shares her story in a book titled “Pearl Harbor Child”

Her home was near the tip of Hawaii’s Pearl City Peninsula, only hundreds of yards from the United States Pacific Fleet, the Navy’s headquarters located in Pearl Harbor.

Dorinda’s mother cooked while her baby, Ishmael, slept. As her father ate breakfast, he commented how real the maneuvers sounded this morning. Her mother noted how odd it seemed for the Army and Navy to practice drills on a Sunday — and that’s when Dorinda says the explosions hit, shaking the house.

“Dad jumped up and ran outside,” recalls Dorinda. “I ran out right behind him. We stood in our yard, staring up at a sky filled with Japanese planes with red circles painted on their wings.

“The planes flew so low they were barely above our trees,” she continues. “One plane was so close I saw the pilot’s face with his goggles pushed up on his forehead.”

The fighter planes lowered in a final descent, aimed for American ships filled with hundreds of sleeping sailors.

“The air was filled with an acrid smell and the sky was filling with gray clouds you could hardly see through,” recalls Dorinda, 84. “All you could hear was the roar of engines on the Japanese planes as they dive-bombed the ships in the harbor.”

While the target was warships, the bombs hit civilian homes as well, including the one where Dorinda and her family lived by the harbor.

“Our kitchen was on fire and parts of the roof were gone,” says Dorinda, who now lives in Raytown. “Dad gathered up Mom, my baby brother and me and we headed away from the harbor as truckloads of servicemen poured into the area.”

As they left the only home Dorinda had ever known, her father briefly stopped at a higher spot where they could see what was happening.

“One battleship was upside down and many others were on fire,” Dorinda recalls. “It looked like the water was on fire because of the burning oil.”

Blocked by military police from returning home, the family headed into the sugar cane fields in the hills. Dorinda played with her dog and the other children who started arriving. A neighbor who’d joined the group said the governor had declared a state of emergency and that Hawaii was now under martial law, meaning the military was in charge.

Even at her young age, Dorinda knew something was wrong, but she felt safe, because she was with her family. But daily life was going to be different.

“Now that I’m an adult, I can see one of the most difficult things my dad and mom went through was not being able to call family on the mainland to let them know we were alright. We couldn’t even mail a letter,” Dorinda recalls.

Nights now included blackouts from 6 p.m. to 6 a.m. Barbed wire was everywhere, bomb shelters were built and food was rationed. She remembers her mother filling up their bathtub with water in case the supply was cut or Japan attacked again. “Dad found incendiary bullets in the walls of our house for months,” Dorinda recalls. “I still have one Dad cut out from the wall with his pocket knife.”

Another thing each person had to adjust to was toting around a gas mask in a bag. “My brother’s  bag was as long as he was tall,” she notes.

By 1945, U.S. military forces ended blackouts and curfews at Pearl Harbor. And on Aug. 14, while riding home from the hula class her mother had taught, fireworks suddenly filled the sky while people chanted “The war is over!”

“I thought we would continue to live in Pearl Harbor the rest of our lives, but the Navy was trying to move civilians out,” Dorinda says. “Eventually we moved to a home up in the hills, where we could see the harbor.”

By the time Dorinda graduated high school, her hula dancing skills won the “Flight to Fame” contest, which took her to the mainland for the first time. While there, she visited her father’s family in Kansas City and met her future husband, Larry Nicholson. She attended college in Kansas City, first becoming a flight attendant and later, a psychotherapist, working as a counselor for a mental health center in Kansas City until her retirement.

“I truly am a child of history because only a handful of kids stayed there during the war,” says Dorinda. “I feel I must share my experience.”

Today, Dorinda speaks to groups of all ages about growing up as the “Pearl Harbor Child.”

“War is hell, plain and simple,” she adds, “But you can move from hatred to peace. With time it truly is possible to forgive.”