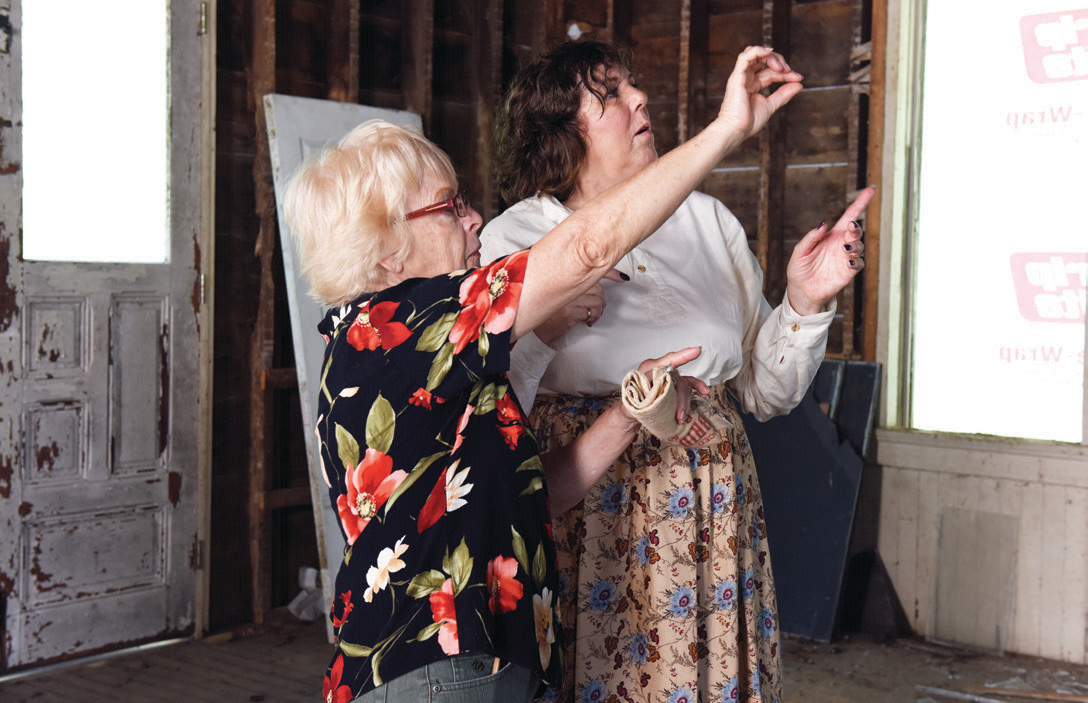 Young Daisy Seelinger gazed out the south bay window of her family’s homestead in Butler. It was the spring of 1909 and her recent engagement had her recalling numerous reasons why she loved life on the farm.

The 640-acre farm sits atop one of the highest points in Bates County. Daisy’s father, John, chose the name Poplar Heights after planting a double row of poplar trees which divided the yard from the fields.

The quaint house served as home base for the close-knit family on holidays, weddings, christenings as well as funerals for the family. No matter the occasion, Daisy — along with her parents, John and Agnes, and siblings, Adam, Maude, Bertha and Ruth — cherished the moments spent there.

“I wish it could always be this way but times and our family are changing,” family stories record Daisy sharing with guests to the farm. “I’m sad our children and grandchildren might never know the joys we’ve had here at the Heights.”

Her words would set the wheels in motion so more than a century later, the family farm would provide an educational opportunity for everyone.

The only son, Adam John, left the farm to work with relatives in Colorado. At family gatherings, the four girls would talk about what they wanted to see Poplar Heights become. As years passed, each sibling passed their share of the farm on to the youngest daughter, Ruth. She established a charitable foundation which would take over upon all of their deaths. That foundation became active in 1998.

“Each sibling had something they wanted to see preserved,” says Melissa Phillips, a fifth generation member of the Seelinger family. “They wanted a museum to show life as it was for an immigrant family, a place for family heirlooms, a farm, a haven for wildlife and a way to save the history of Bates County for future generations. And that’s what it’s become and more.”

The land was first titled in 1856 to Anthony S. Walker, the first owner of what would later become known as Poplar Heights. He passed away during the Civil War, but not before passing the land on to his son, John Read Walker, who built the home, threshing barn and smokehouse and began farming, all while also serving a single term as a state representative. He later sold it to his brother-in-law, John L. Hickman, who would in turn sell it in 1884 to Adam Seelinger, Melissa’s great-great grandfather.

“When my ancestors came here from Germany, they knew America offered freedom,” Melissa says. “They cherished the land because they knew if they took care of it, it would take care of them in return. They were also brought up knowing what it meant to be part of a community and help one another.”

Melissa notes when her ancestors moved to the area, it was fall, and harvest time was complete. All the neighbors brought them food and enough goods so the family could make it through the winter. The Seelinger family saved the corn cobs from the corn they shelled and made corn cob jelly, a sweet treat for the times.

“At Christmastime, the family took jars of their corn cob jelly and passed it out to everyone in thanks for all they’d done to help them get settled,” Melissa says. “Making the jelly became tradition and we make it here now.”

John Seelinger named the land Poplar Heights Farms when he took over. Under his ownership, John, his wife, Agnes, and their five children raised crops such as tobacco, corn, flax and barley, along with Scottish Highland cattle, Percheron draft horses and a coop full of heritage breed chickens — all of which can be seen at the farm today.

“This is all about heritage,” adds Melissa, who is a member of Osage Valley Electric Cooperative. “It’s great to know about each family member who worked this land and took care of it so we could be here today.”

Melissa joined the board of directors of the nonprofit Marais des Cygnes Society in 2012, representing the fifth generation of the Seelinger family. Two other Seelinger descendents also serve on the board along with area business leaders.

The property now is designated as a living history farm and nature conservancy in Bates County. The grand opening for the farm was held in 2010. The living history farm now shows visitors what life would have been like from the 1860s to the turn of the 20th century. 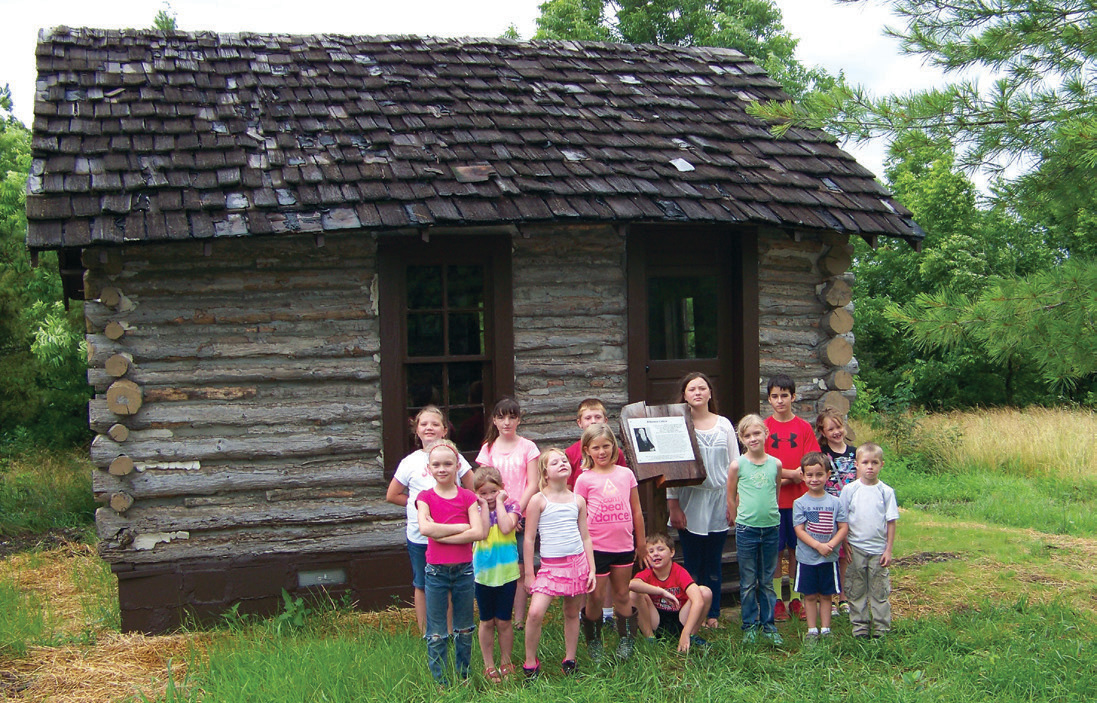 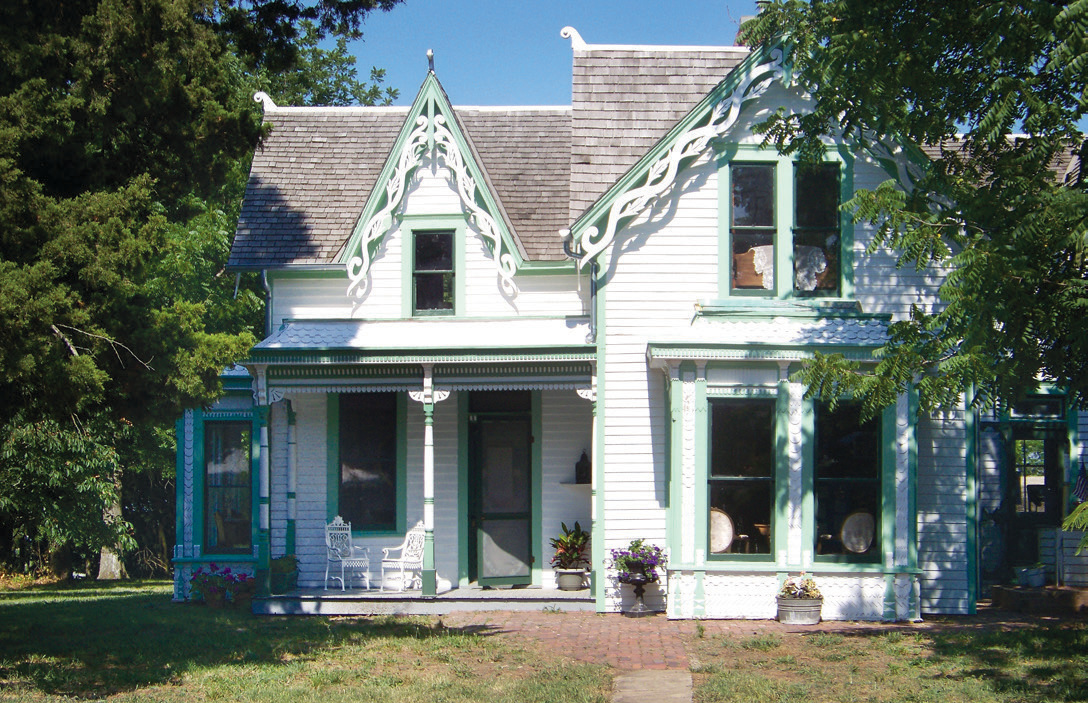 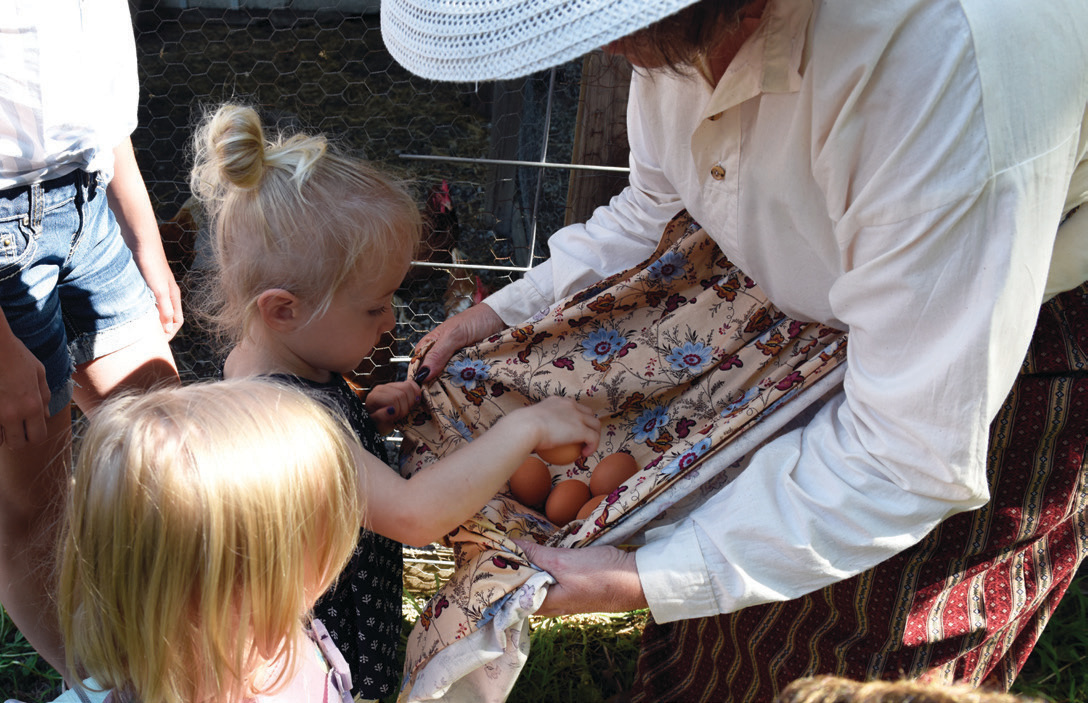 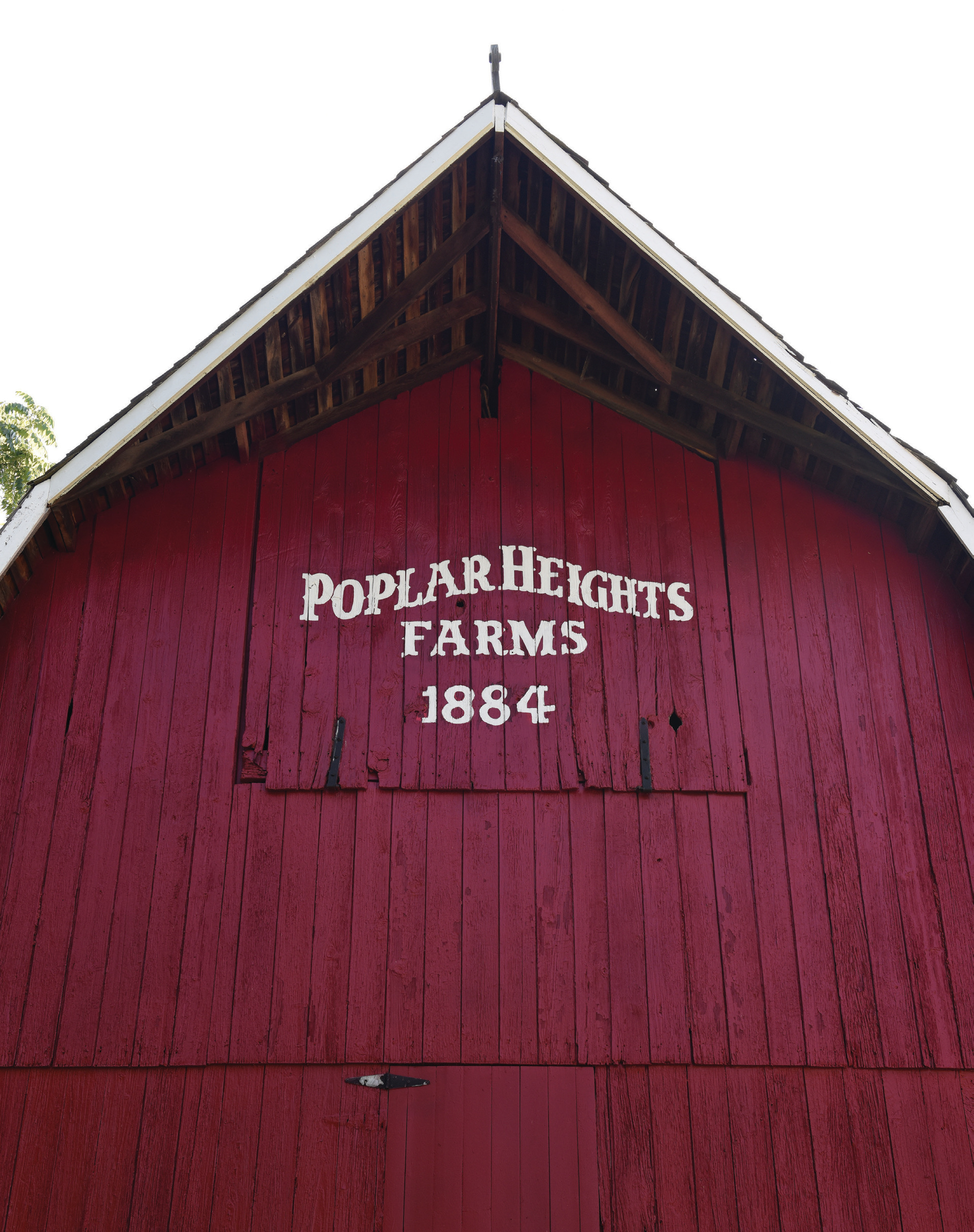 Gail Tiller, program director for Poplar Heights, and Melissa, are a dynamic duo of history resources. The two ladies work together writing grant requests which allow the board to continue adding to and restoring Poplar Heights Farms to the original splendor visitors can enjoy today.

“We quickly found ourselves in desperate need of more than one public restroom, so we added a recreational trail with a bridge leading down to Willow Creek. That qualified us for a grant, which in turn, allowed us to build a restroom facility by the trailhead,” Gail says. “You really do need more than one restroom if you have a group of 100 children here for the day.”

According to Melissa, it’s taken nearly 20 years to get Poplar Heights to the state it’s in today. This year marks the 150th anniversary of the farm’s homestead being built. On Aug. 8 and 9, the farm plans to celebrate by hosting a 2020 Summer Festival. The celebration will include Civil War re-enactors, loom weaving, lace and broom making, wagon rides, stone masonry, blacksmithing, music and food representing the 1800s.

Additional places of interest on the property include the one-room Summit School from Bates County, built in 1884. Visitors can also see the 17-square-foot cabin built in 1854 which served as home, as well as congressional office, to Bates County’s William Oscar Atkeson. Other shops open for special events are the Seelinger Mill, which grinds and mixes grains on old-time equipment, the Threads shop offering fiber art exhibits and a working blacksmith shop.

Maude’s Mercantile carries sundries such as homemade jellies, pickles, relishes and other canned goods along with 19th century home decor items to those who like souvenirs from the time.

For those who love the outdoors, there are heirloom vegetable gardens and a native prairie garden is available for viewing, with trails crisscrossing the expansive fields.

The farm has also quickly become a wedding destination for those who wish to tie the knot under the 100-year-old tree in the backyard.

“We’ve hosted everything from fairy tea parties and murder mystery dinners to creatures of the night sessions and stories by lantern light,” Gail says. “This is a fun and educational destination for every age.”

To find out about upcoming events, follow Poplar Heights Living History Farms on Facebook or check out the website at www.poplarheightsfarm.org. The farm is located at 5250 NE County Road 5004 in Butler. For more information, call 660-200-5620 or email poplarheightsfarm@gmail.com Admission is $5 for adults, children under 12 are free. Special pricing available for groups, customized programs and day trips including lunch by appointment. Bus parking available. Unless noted, special events are free.