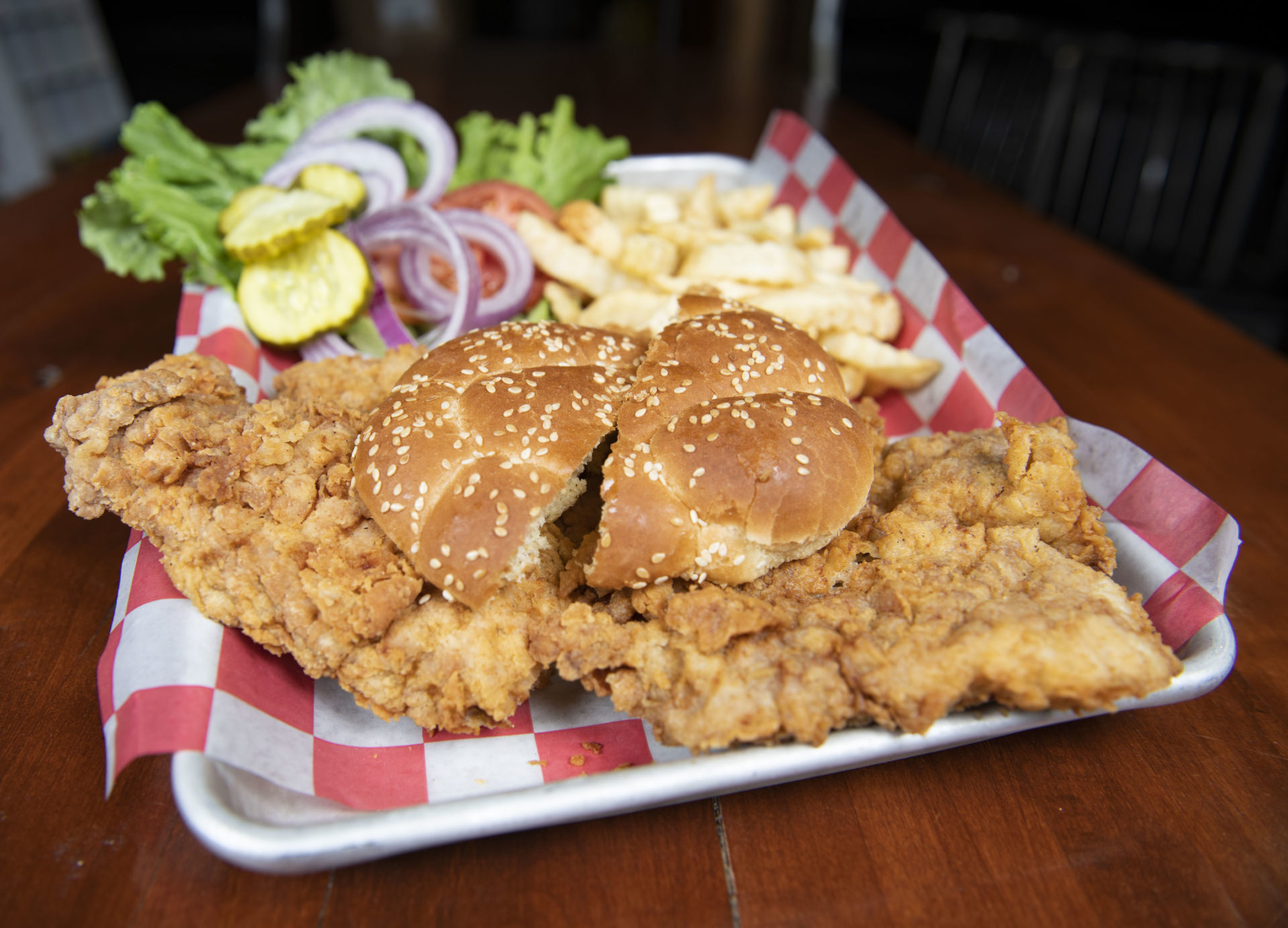 Ever since C.A. and Peggy Smith of Collins started preparing their signature pork tenderloins a half century ago, folks in southwest Missouri have taken notice. Today, the Smith family stays true to that original family recipe and serves up the mammoth meals at four locations stretching from Clinton to Springfield. The regular-sized burger bun is no match for Smith’s famous pork tenderloin which is breaded fresh for each order. It’s no surprise that this delicious dinner is their top seller.

You’re going to need a bigger bun! The pork tenderloin sandwich is the No. 1 seller at the Tater Patch. The huge piece of pork is hand cut and hand breaded before it is fried to perfection at the restaurant which first opened in 1965. So popular is the sandwich that a version of it has been placed on the appetizer menu in the form of pork tenderloin fingers. The tasty pre-meal snacks are strips of the tenderloin double breaded and served with a bowl of gravy.

Nearly within shouting distance of the Missouri-Iowa border, Buddy’s serves up delicious pork tenderloins that have been feeding the area’s farmers for years. The Big Breaded Tenderloin is served with Buddy’s house-cut French fries. You can opt to go with just a half tenderloin or have the full tenderloin cut in two with a separate bun to share. But where’s the fun in that?