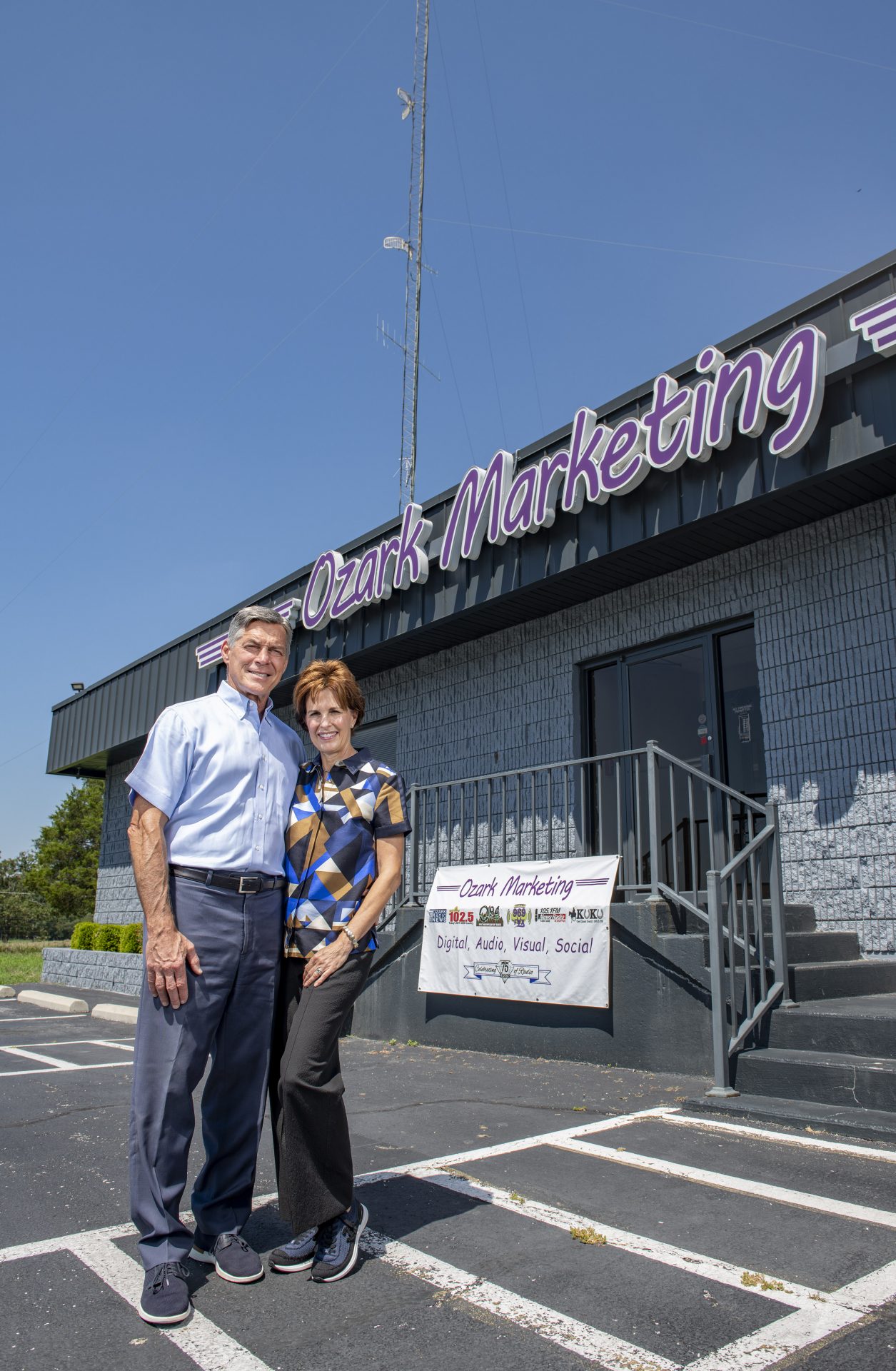 Remembering the night his family first arrived in West Plains in 1913, Robert Neathery recalled his mother, Nell, “thought she was coming to the end of the world.” Little did anyone in the town realize that for the little boy, later to be known as “Papa Bob” by friends and family members alike, the supposed “end of the world” was to be the wellspring of many beginnings.

Nearly 110 years later, beneath a towering antenna no longer located quite so far from town, a family of radio stations collectively known as Ozark Marketing Co. — comprising five FM stations, one AM station and the website Ozark Radio News — remains a family-owned business. This past July, the company, run by husband-and-wife owners Tom and Shawn Marhefka, celebrated its 75th anniversary and the legacy begun by Shawn’s grandfather, Bob.

Growing up in West Plains and working for the local telephone company owned by his father, Bob became enamored with radio. In the 1920s, he fashioned his own kit out of spare parts, and after graduating college in the early ’30s returned home to open the town’s first appliance store selling and repairing radios.

After working for Emerson Electric Co. in St. Louis during World War II where he helped design components for the B-24 bomber and a short stint for Dura-Cool in Indiana, Bob returned to the appliance store. He found the radio bug was still with him, and filed an application for a license with the FCC. Bob was so adamant about developing the town that the newly minted station’s call sign KWPM was an abbreviation of his own personal ethos: Keep West Plains Moving. The station hit the airwaves on July 15, 1947.

“People told him he was crazy and that it would never fly,” Shawn says, noting Bob also brought one of the first multi-channel cable television stations in the country to West Plains in the 1950s. “He was very much an entrepreneur, a forward thinker.”

Townsfolk didn’t waste time in proving naysayers wrong. As author Bob Hinds recalled: “It wasn’t long until everyone in the whole listening area had picked a bunch of blackberries, sold some timber, or taken an extra can of cream into town to get enough money to buy a radio.”

Bob’s dedication to the new venture was such that it was his voice listeners heard reading the evening news on KWPM for many years. Less than one year later, he co-founded the Missouri Broadcasters Association, and in ensuing years would go on to start more than 20 radio stations in surrounding communities of southern Missouri and northern Arkansas. For this role as a champion of the format and community builder, Bob was posthumously named to the MBA’s inaugural Hall of Fame class in 2011.

Such shoes might seem impossible for anyone to fill. In the ’90s, Tom and Shawn moved back to town to take over management of the company located on Howell-Oregon Electric Cooperative lines. Bob, ever the restless engineer and lover of radio, couldn’t stay truly retired. Tom, new to the business of radio, received a crash course from his grandfather-in-law who served as mentor for the remaining 10 years of his life. Just as strong as Bob’s professional expertise was his commitment to the community he had helped shape.

“He took me to every single civic group in town and said, ‘you’re going to have to join some of these, and it wouldn’t be a bad idea to join them all,’ ” Tom says with a laugh. “He really believed in giving back to the town. He said ‘You’ve got to play a role, that’s the only way the town is going to grow. And if you do that, the business will be fine.’ ” 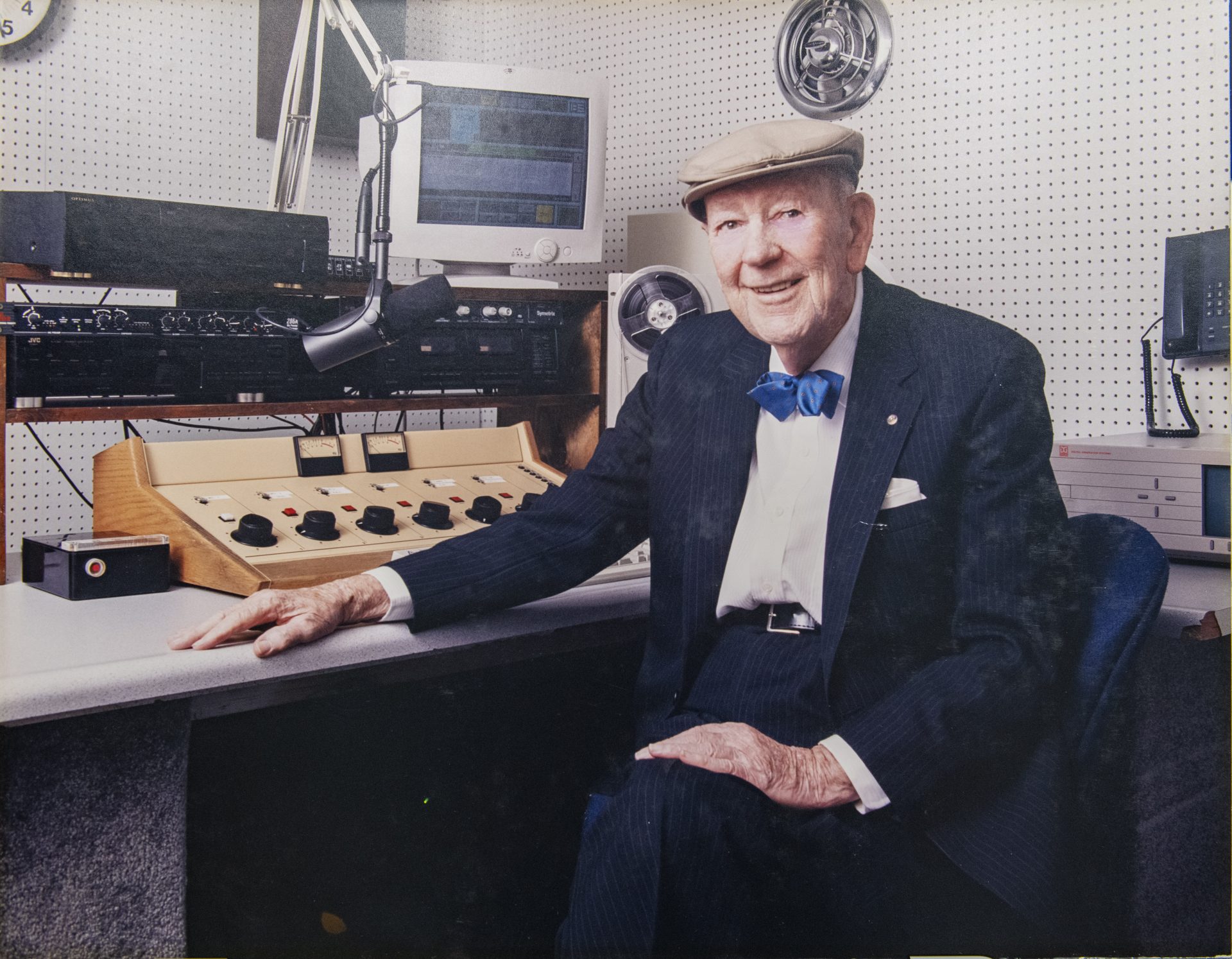 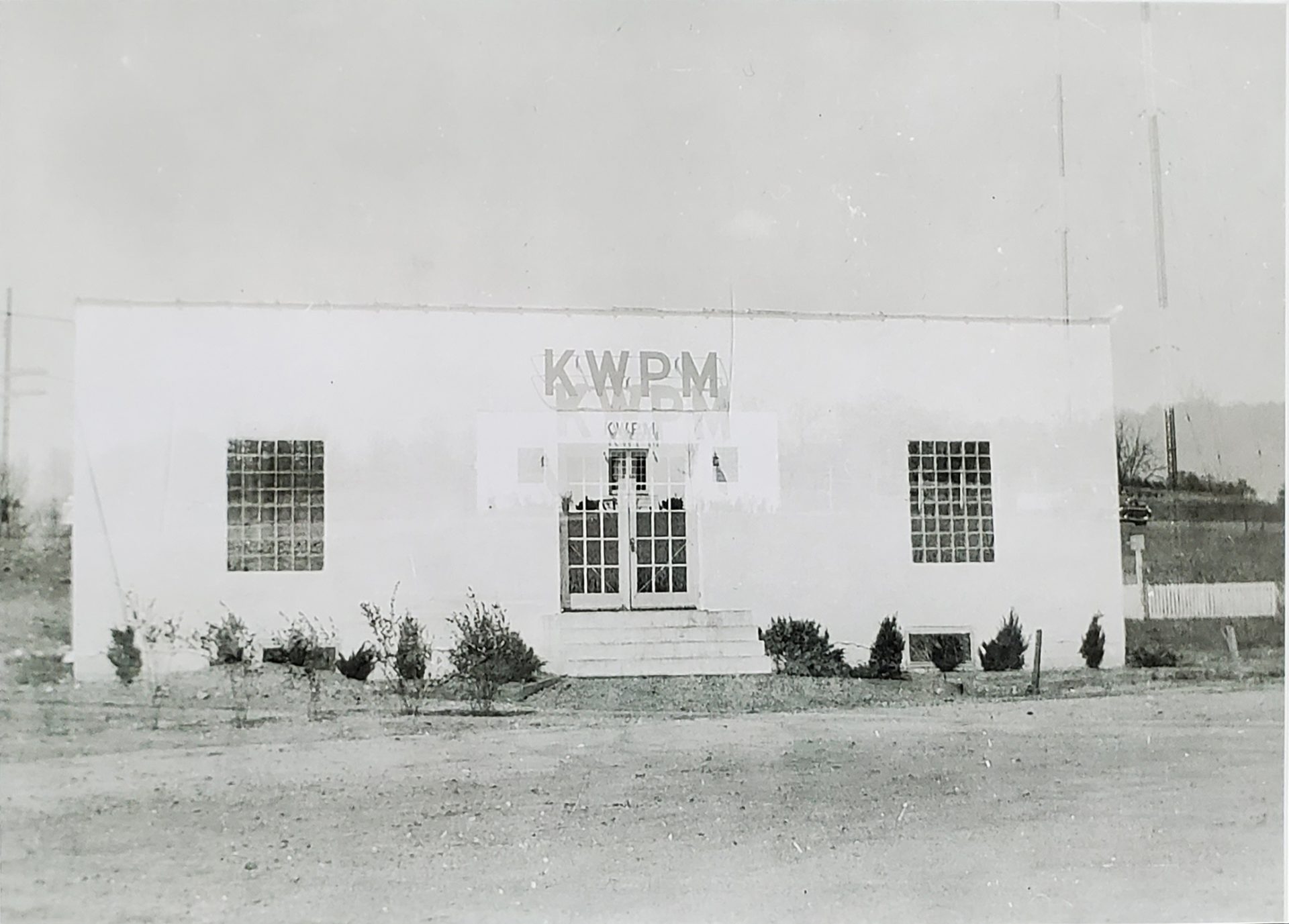 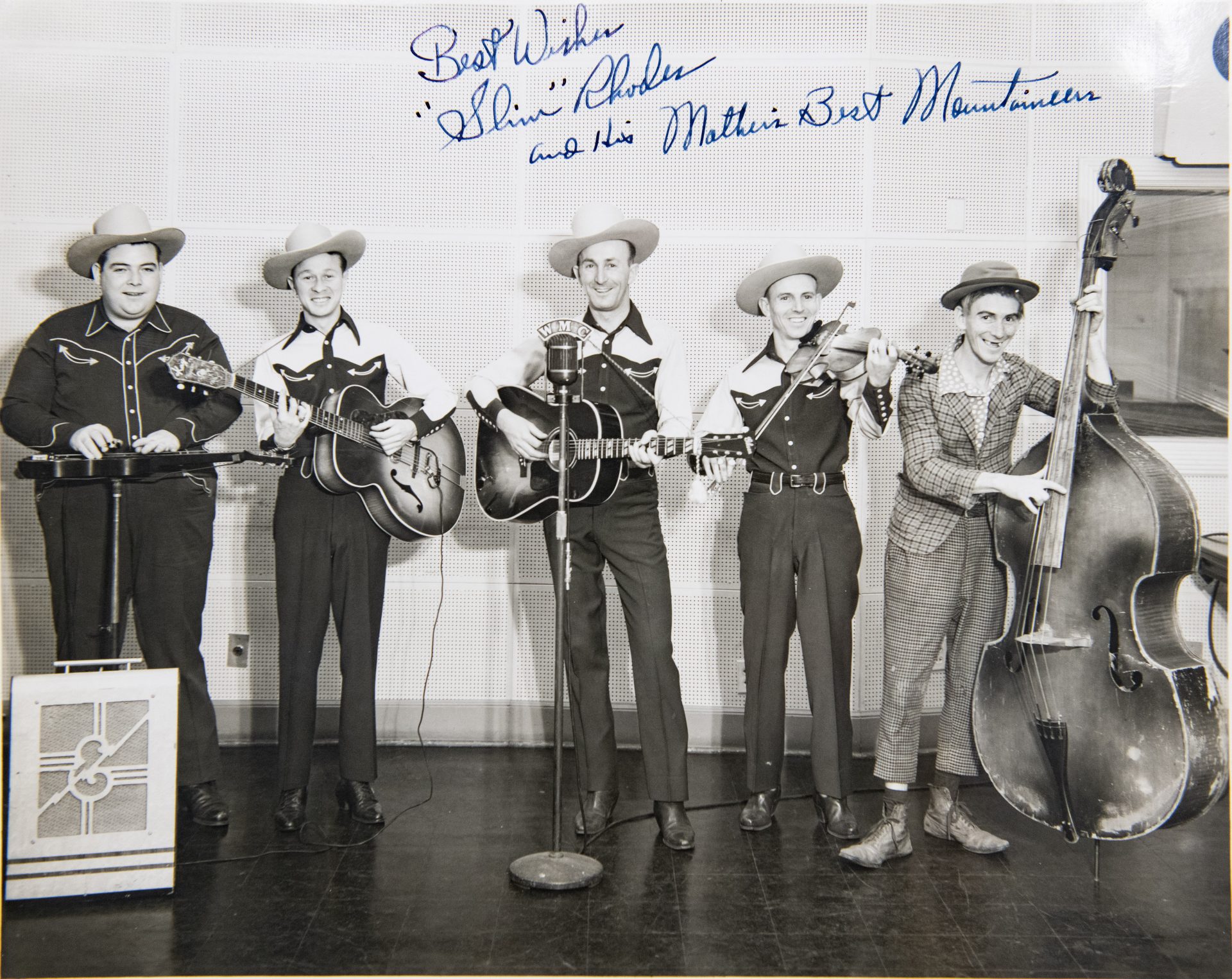 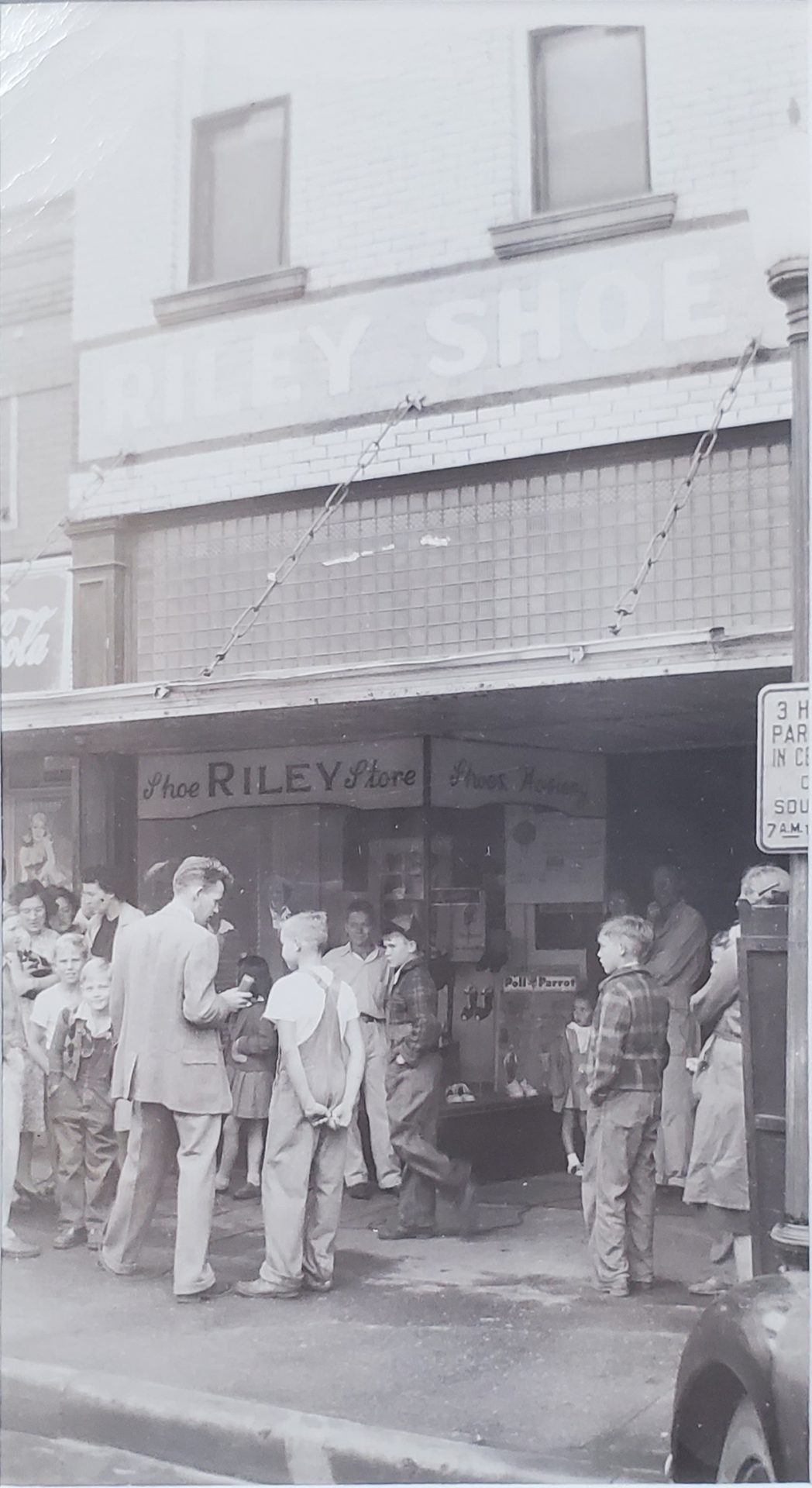 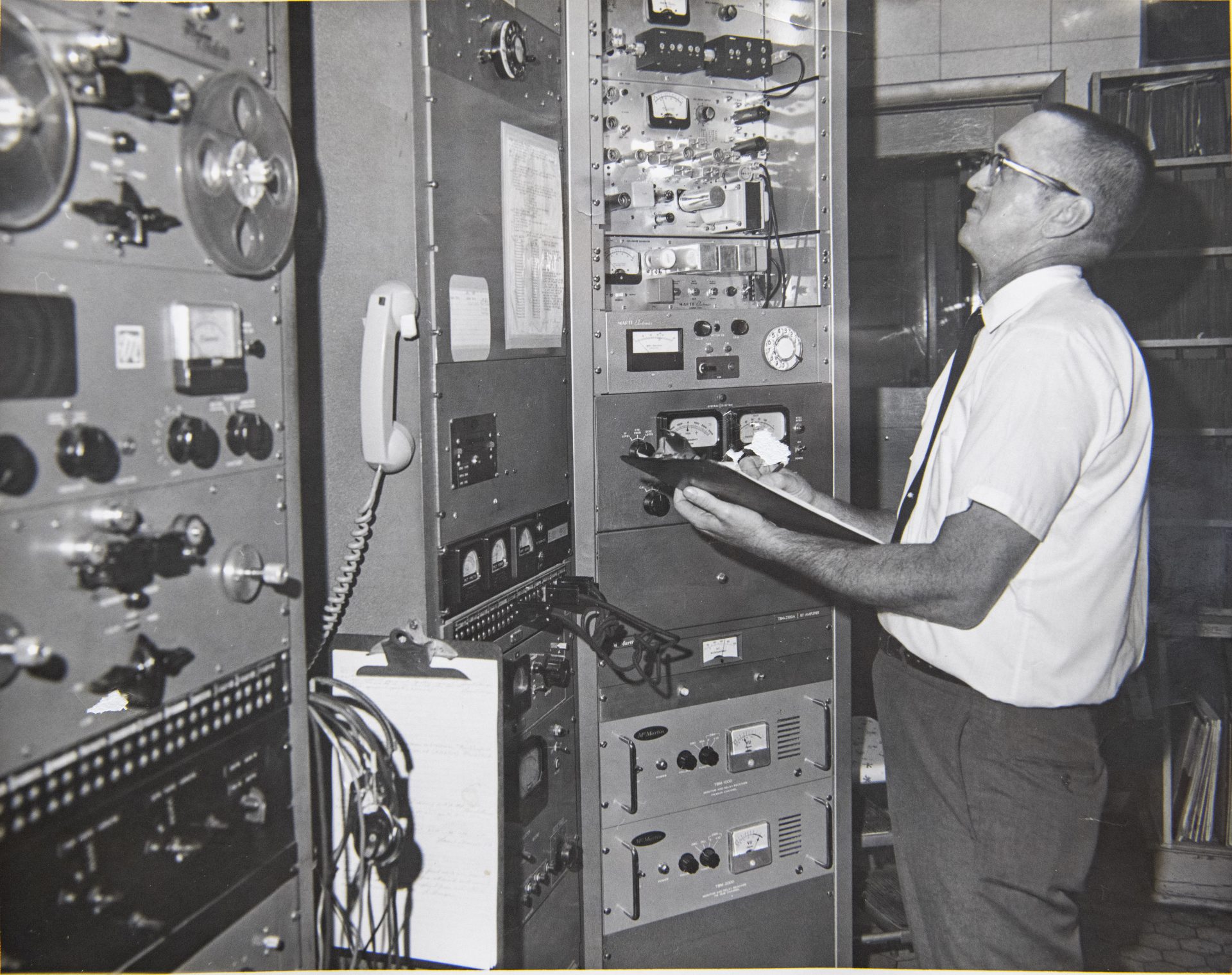 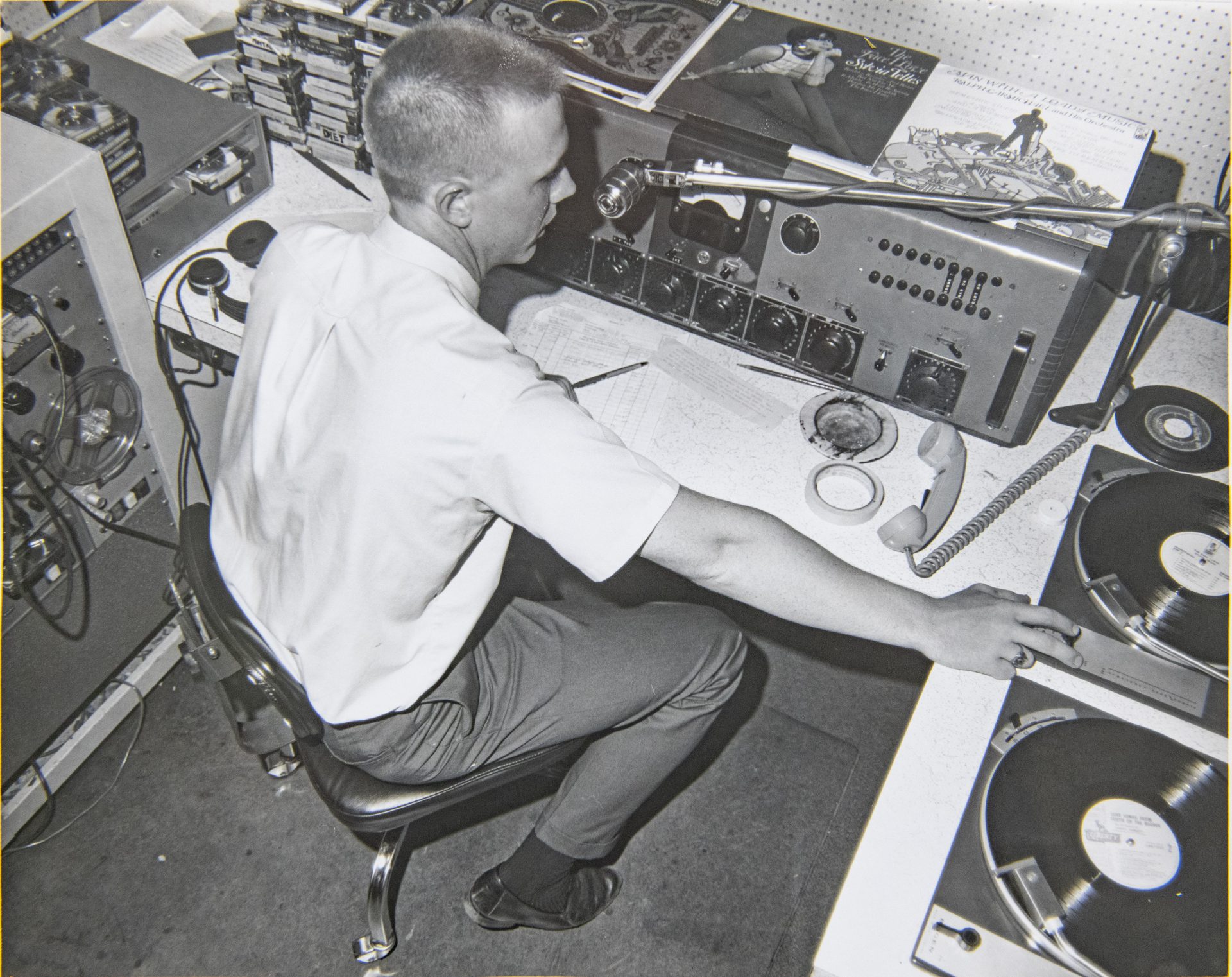 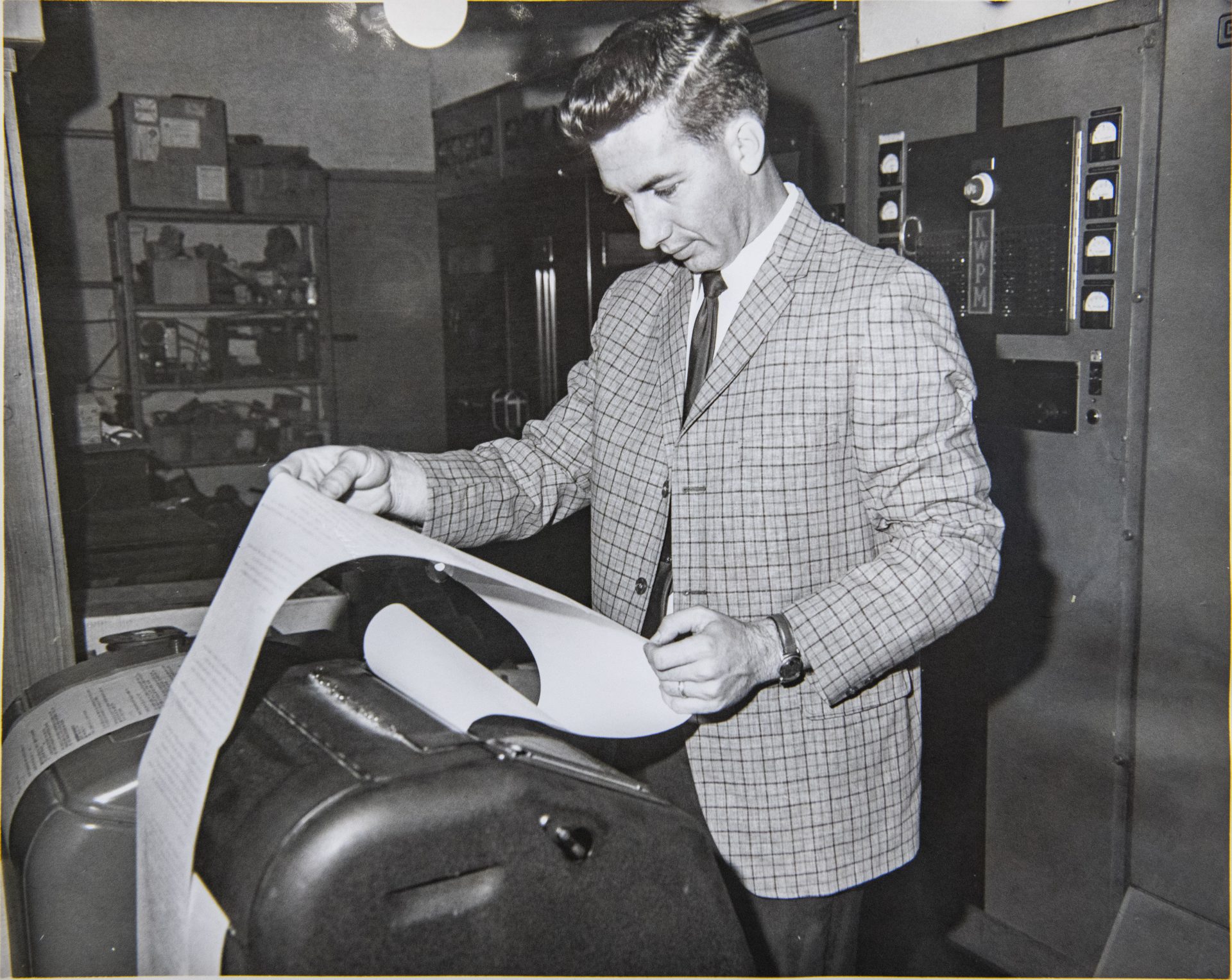 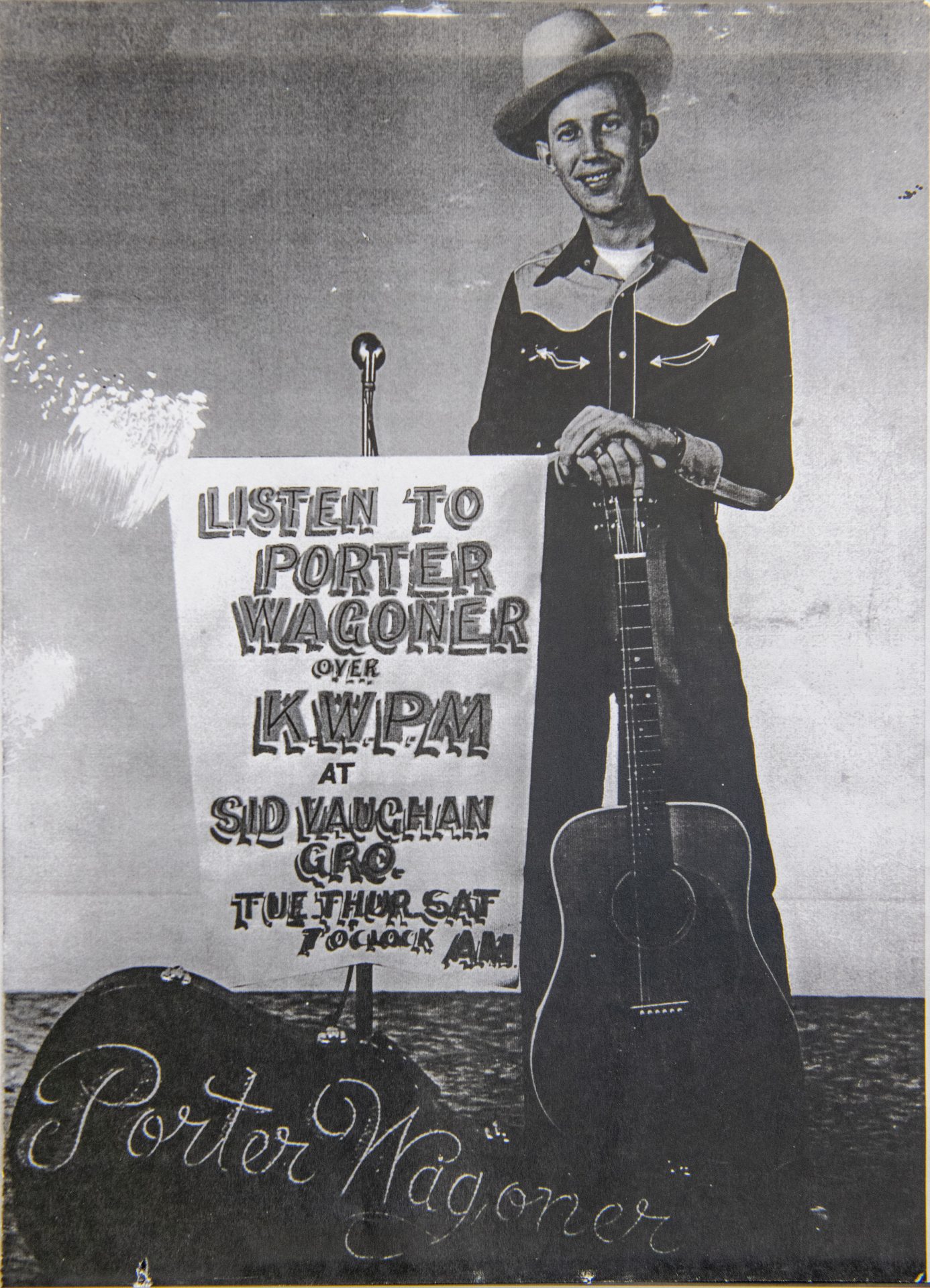 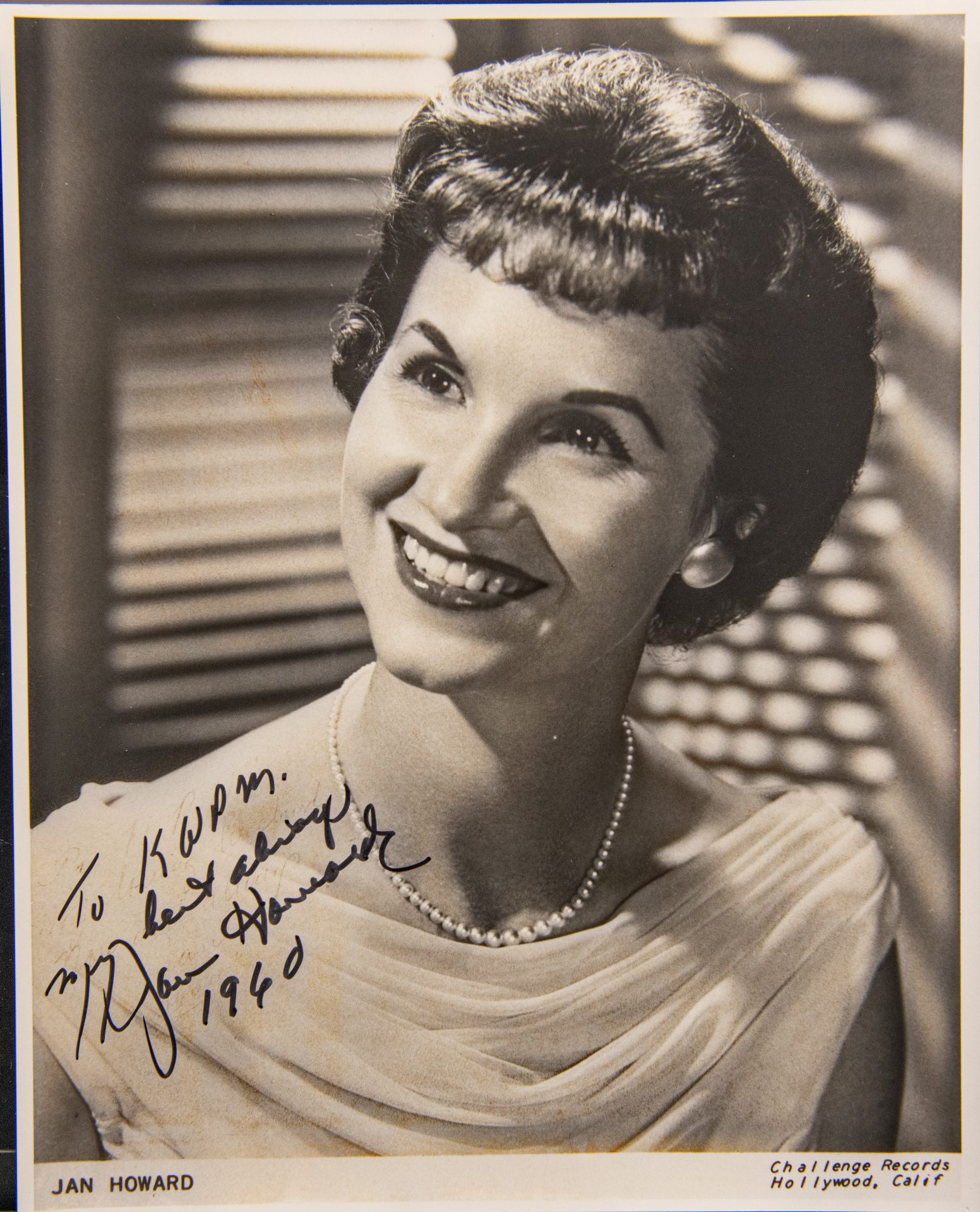 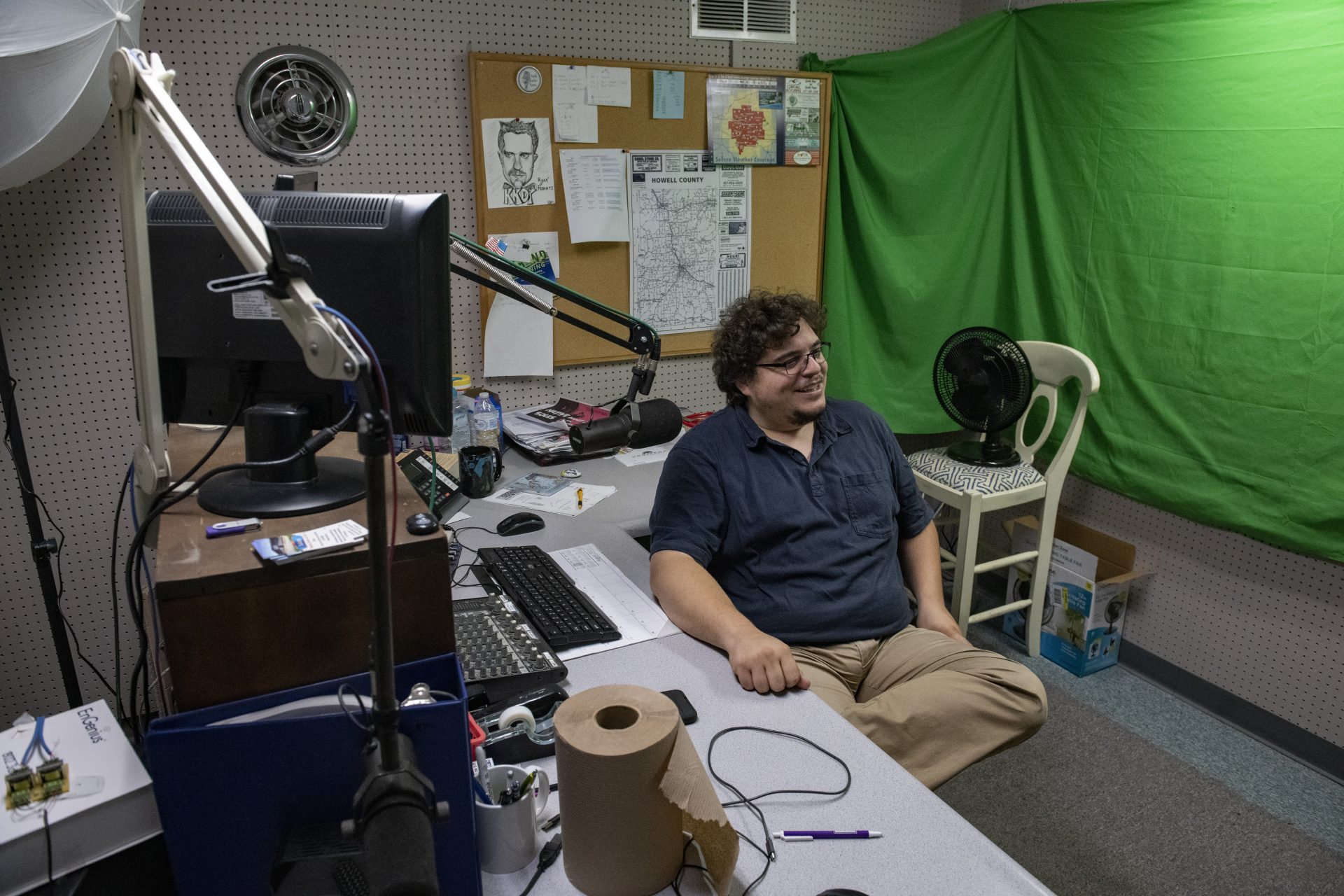 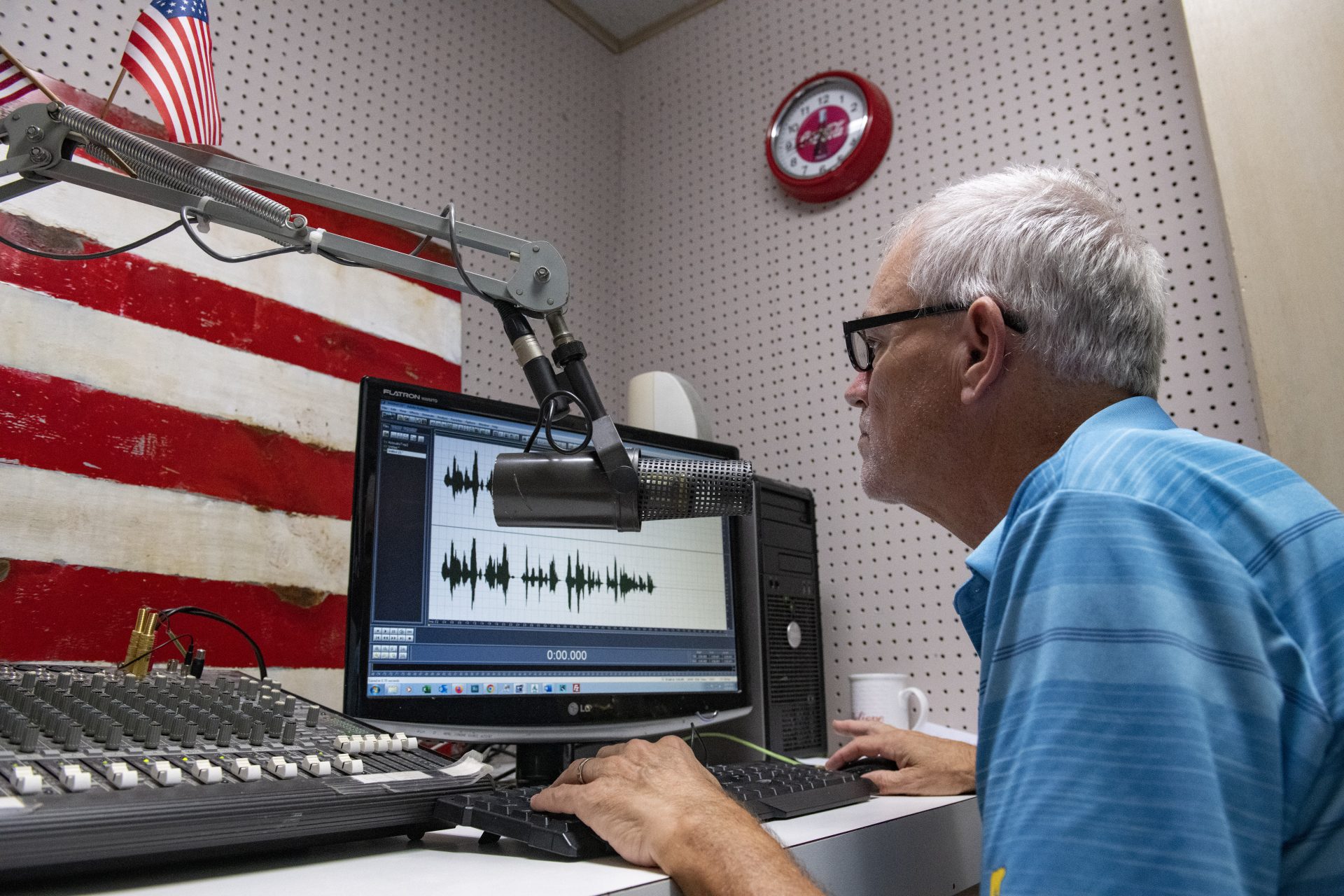 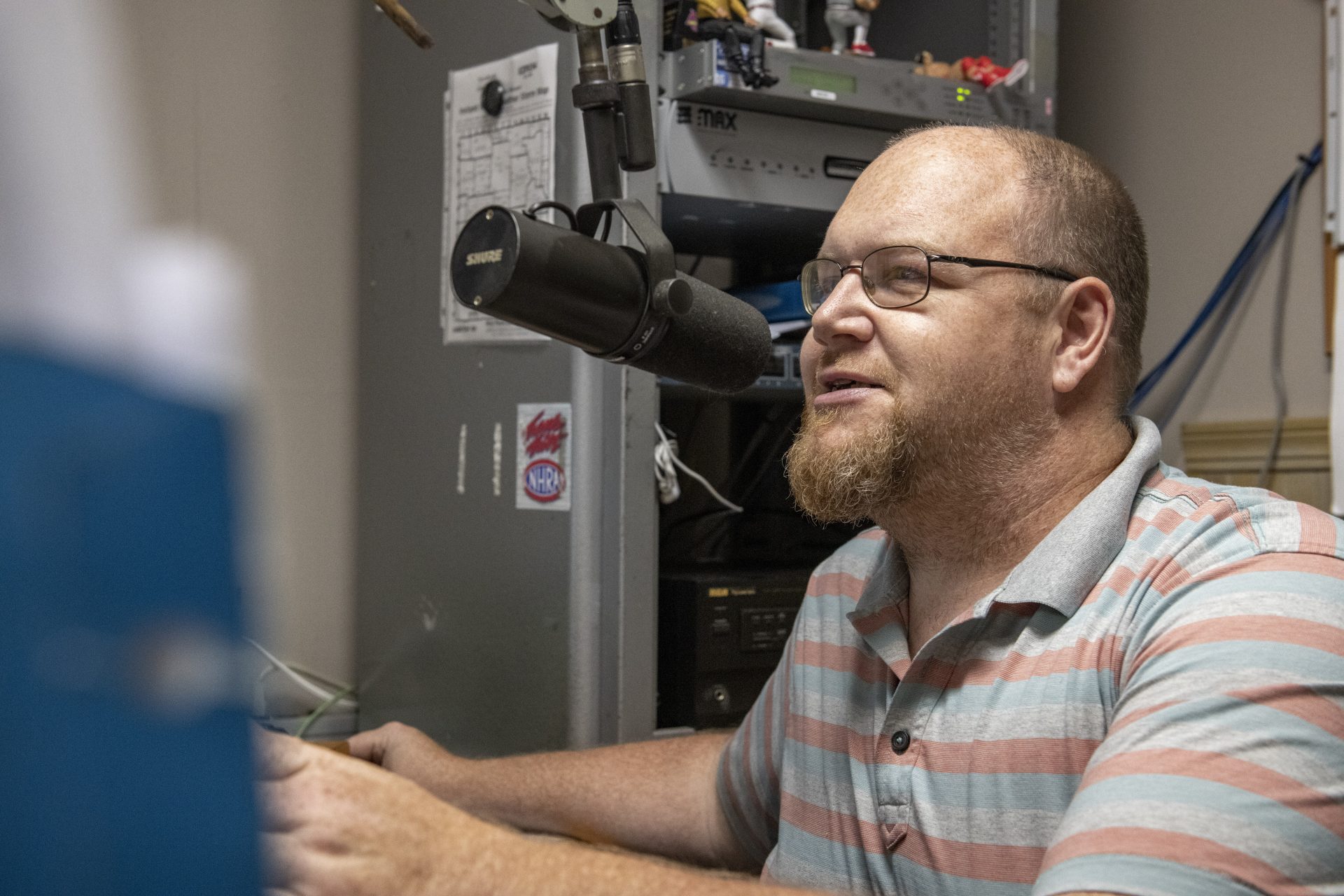 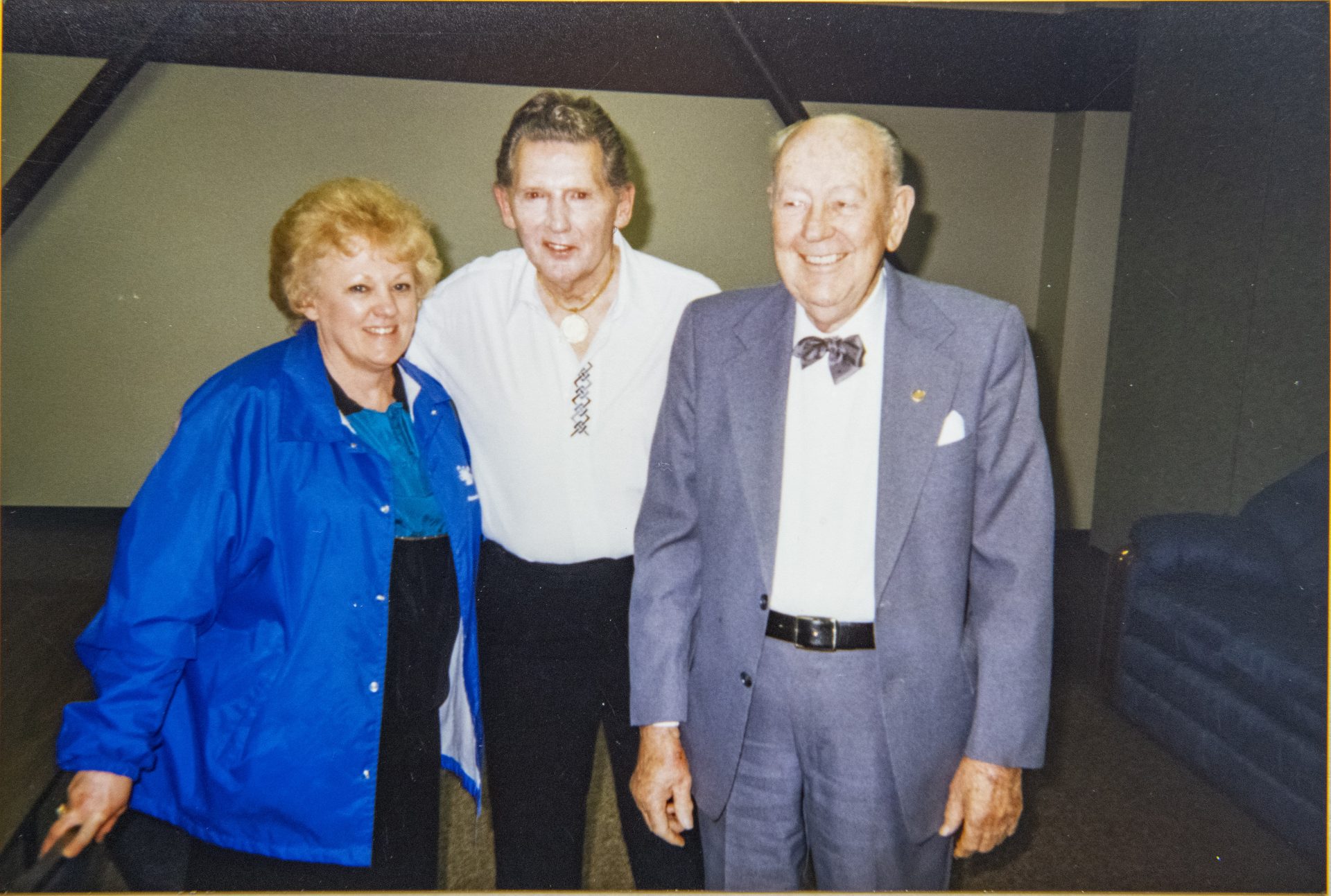 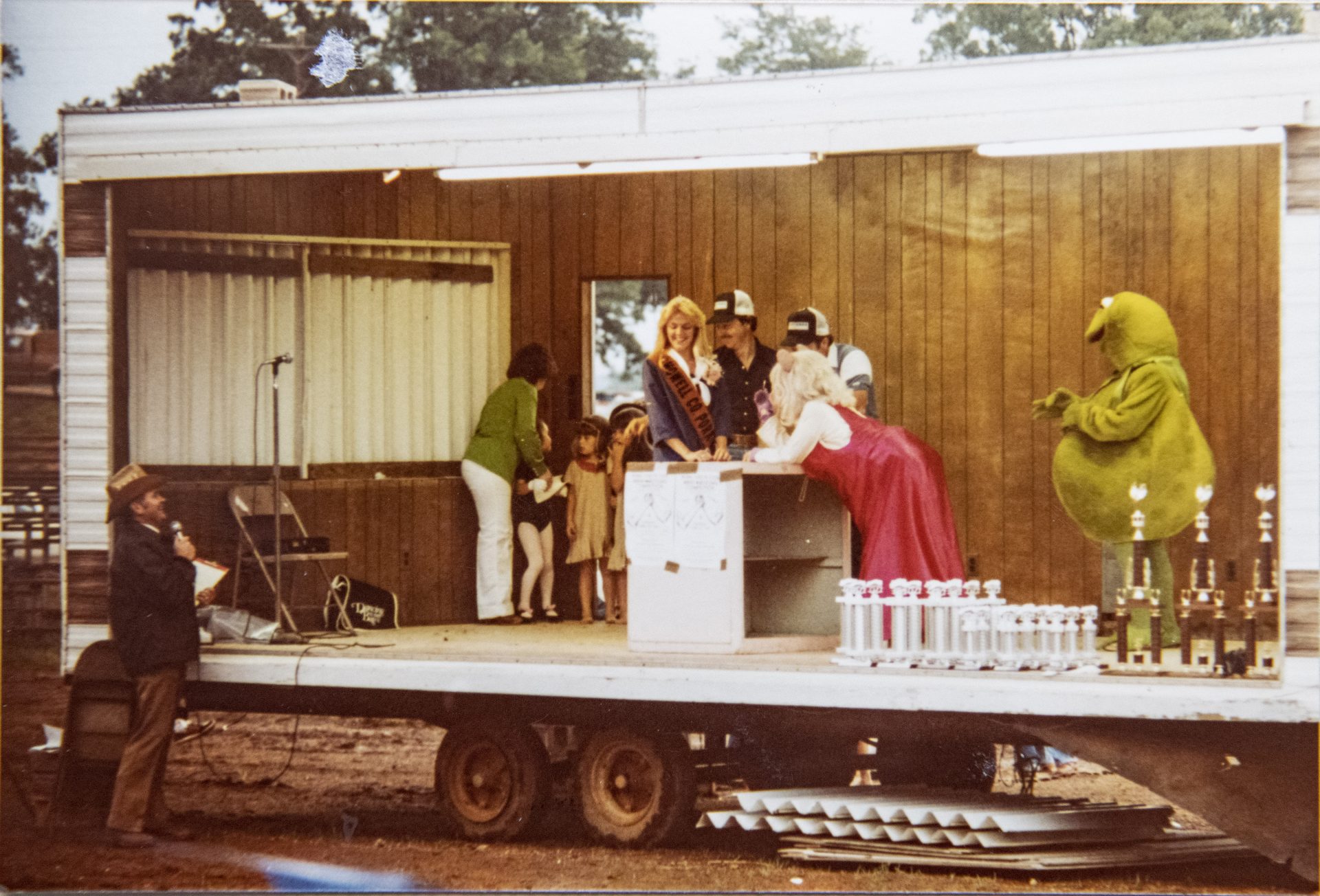 From its inception KWPM filled a dual role in the community, bringing the news, sports and culture of the outside world into the living rooms of West Plains and exporting some of the town’s culture back out on to the airwaves. Then, as it is now, St. Louis Cardinals baseball was a huge radio draw. Game nights in the Ozarks would find Redbirds fans parked on hilltops to catch the signal from St. Louis. “The sheriff was coming in saying, ‘We’re so worried that people are going to come running up on these cars sitting on the hills, could you see about getting the Cardinals on the radio station?’ ” Shawn recalls.

Music also was an important piece of programming for the burgeoning station, particularly in an area rich with musical talent that spawned the likes of country greats such as Porter Wagoner and Jan Howard. In the days when the station had only one studio, it was not uncommon for musicians to stop by and play their songs live on the air, particularly to promote an upcoming performance. When Shawn and Tom took over the business, a former DJ told them of the weekend during the mid-1950s when a skinny kid and his manager came in to ask if the station would mind playing the young man’s new single. After speaking with the singer, the DJ obliged and based on what happened next, one would assume almost immediately regretted his decision.

“My great-grandmother, who was a very religious woman, called up and said, ‘Carl Oscar, you better not be playing that dirty, no-good, son-of-a-gun on the radio anymore, you’re going to get us in trouble!’ ” Shawn recalls, noting the ne’er-do-wells in question were a young Elvis Presley and Colonel Tom Parker. “Outside of Nashville, I don’t know where you would find a station still going today that probably helped as many country music stars.”

Across 75 years, the company’s stations have covered numerous events both noteworthy and ordinary. Emceeing the celebration of being the “Feeder Pig Capital of the World,” commentating on the annual Easter egg hunt, Christmas and Fourth of July parades, or broadcasting the quirky stylings of weatherman P.S. Kreigh are the kinds of events that, when combined, form the lifeblood of a community. Although the format has shifted slightly from the car dashboard to the smartphone — Tom estimates about 20% of the company’s advertising business is digital these days — the function of radio is unchanged.

Like the airwaves before it, the internet’s instantaneous nature makes it a perfect partner for breaking news, weather reports and sports coverage so listeners are immediately informed. Friday night live video streams of local ball games with station radio announcers calling the game have drawn in listeners from around the country. During the height of the COVID-19 pandemic, Ozark Marketing livestreamed all the local graduation ceremonies for family and friends unable to attend.

“Radio is still a very important part of this community,” Shawn says. “Whatever is out there, where there’s a market for people to listen and watch, it’s been key for us to find out what the community wants and needs.”

Whether or not the next generation will eventually take the reins remains to be seen, but Tom and Shawn aren’t worried about the future of Ozark Marketing. The company’s guiding principle has served it well for 75 years and, like the town that grew alongside it, endures.

“When it comes down to heritage and things like that, the hardest thing for a business to do is hand it down to the next generation,” Tom says. “We just took the approach that we wanted to manage it with the same integrity that Papa Bob did. He had a reputation that we had to live up to, so all we’ve been doing is trying to live up to his legacy. Hopefully, he’s pleased.”