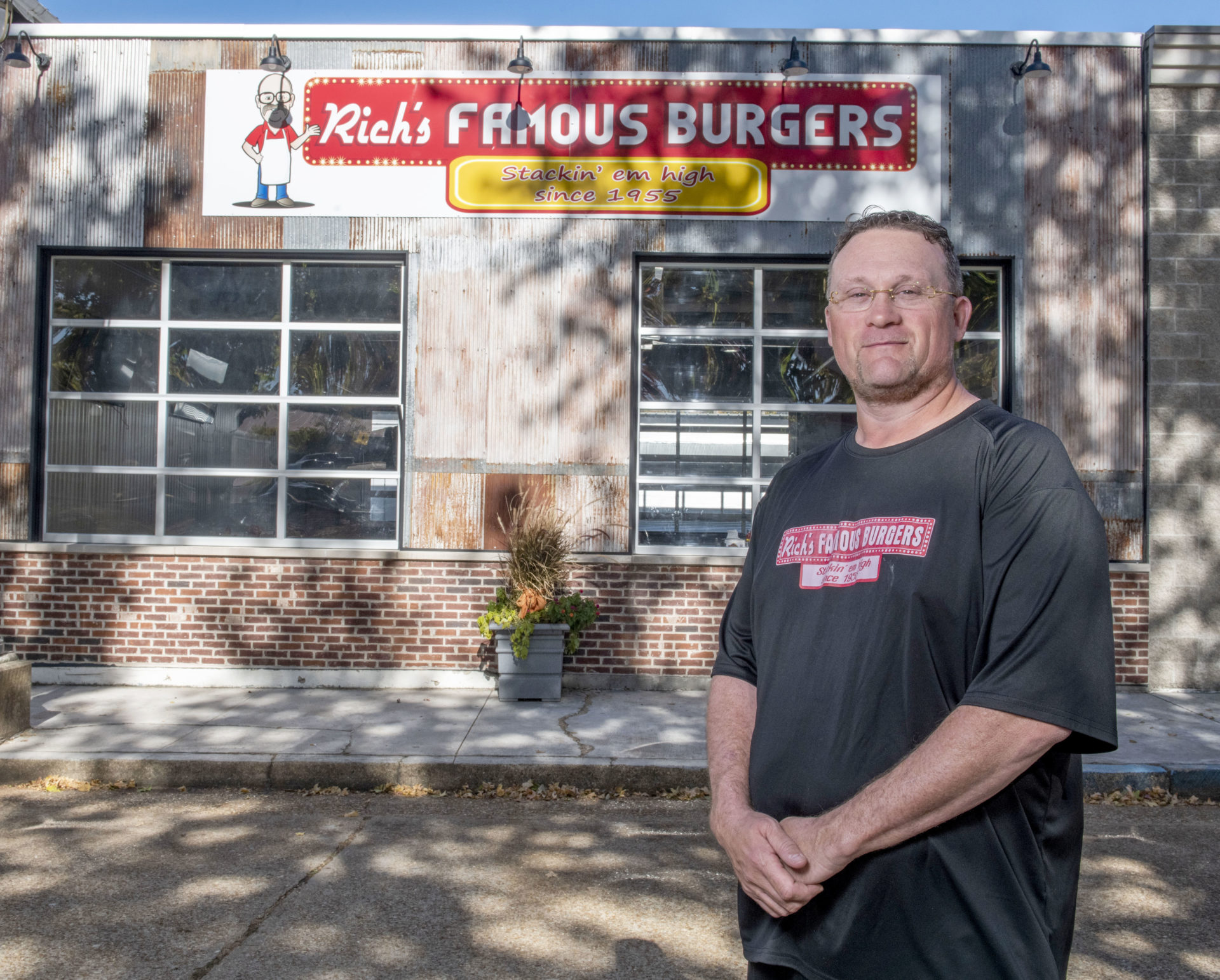 Over-the-top burgers in the Ozarks

The sizzle and smell of fresh, hand-pattied ground beef cooking takes Jason Cusick back to flipping burgers on a 24-inch grill at The White Barn in St. Louis. “That was my first job,” Jason says. “I just fell in love with cooking burgers and serving people.”

Jason eventually bought The White Barn from owner Rich Robson, who’d operated the burger business as a food truck or restaurant since 1955. He eventually sold the restaurant in St. Louis and moved to rural Missouri. While he loved the rural area, he missed flipping burgers for loyal customers. Jason returned to the kitchen in 2016 and named his Steelville restaurant after his mentor.

A cartoon character depicting Rich still graces the restaurant’s logo. Rich was able to visit his mentee’s restaurants in Steelville and Sullivan when the second location opened a few years later. The 87-year-old passed just before Jason opened the third Rich’s Famous Burgers earlier this year in St. James.

“There wasn’t a more compassionate man that I knew. I was 15 years old and he used to tell me to treat every burger we cooked like it was being made for the president,” Jason says reverently. “We decided to name it after Rich and tell his legacy.”

Burgers take top billing at Rich’s. Fresh Angus beef is hand-formed into quarter- or half-pound patties every day. Jason takes pride in the menu he’s slowly built that is full of unique burgers worth a drive.

The most popular and signature burger might make you do a double take. The Jam Burger starts with Angus beef cooked to your liking which is topped with two slices of thick-cut sugar-cured bacon, a scoop of peanut butter and Rich’s hot homemade strawberry pepper jam and served between slices of Texas toast.

“Some people are skeptical, but once you take a bite it all makes sense,” says Jason, a Crawford Electric Cooperative member. “You get the burger and the sweet peanut butter, salty bacon and then strawberry flavor with the pop of the hot strawberry and peppers at the end. It just starts dancing in your mouth.”

There’s a handful of other burger options with toppings such as eggs, onion rings and blue cheese crumbles. However, if you’re feeling the cheesiest, you can’t go wrong ordering the Big Cheesey.

The behemoth of a burger starts off with a patty topped with American and cheddar cheeses, Missouri-sourced bacon and a pair of deep-fried jalapeno mac ’n cheese bites. That combination is placed on Texas toast and drizzled with barbecue sauce. “The name speaks for itself,” Jason says.

If you’re not in the mood for a burger, you can’t miss with the slow-cooked Italian beef, BLT featuring one-half pound of bacon or Hot Mess Chicken — a grilled chicken breast with pepper jack cheese, bacon, grilled onions and strawberry pepper jam on Texas toast. 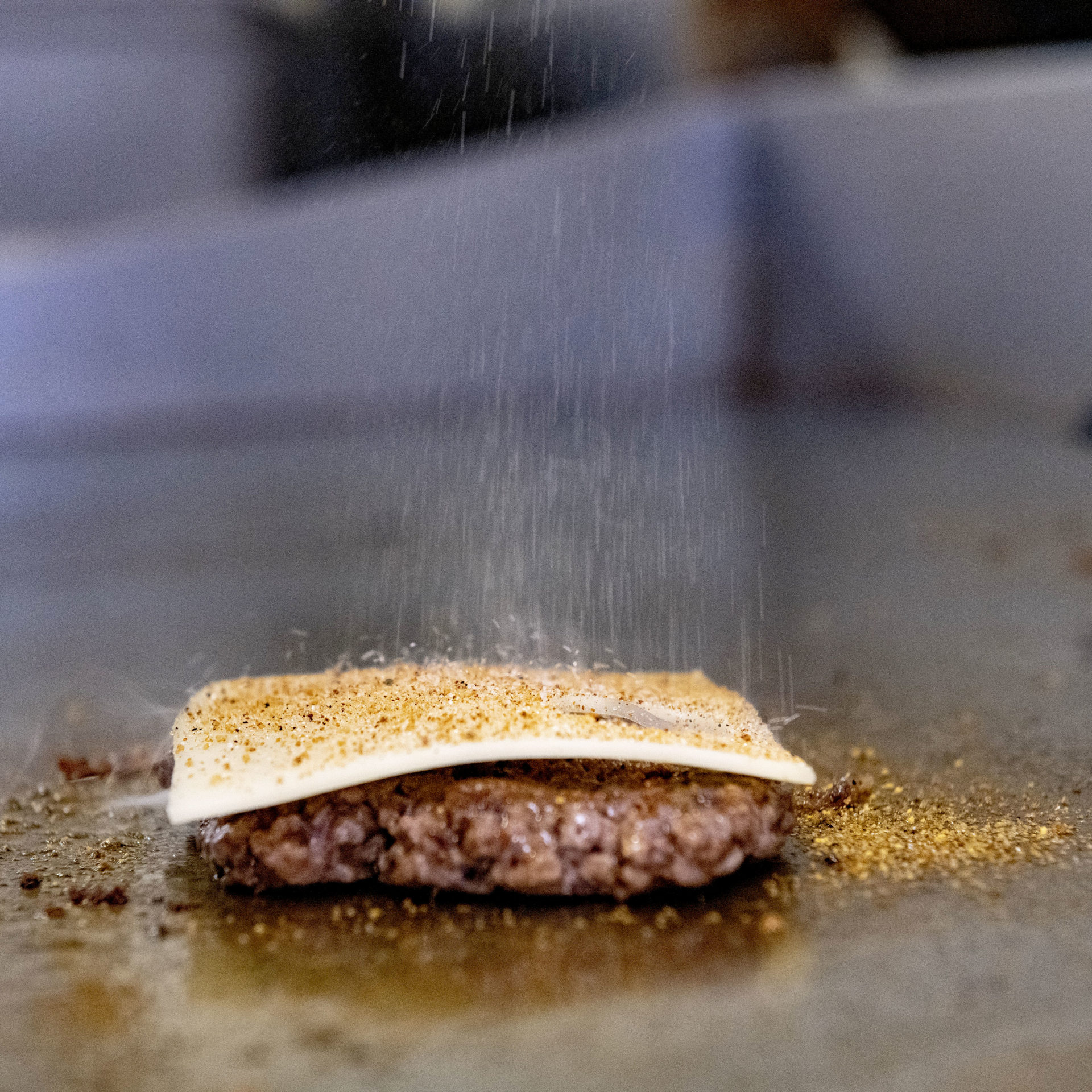 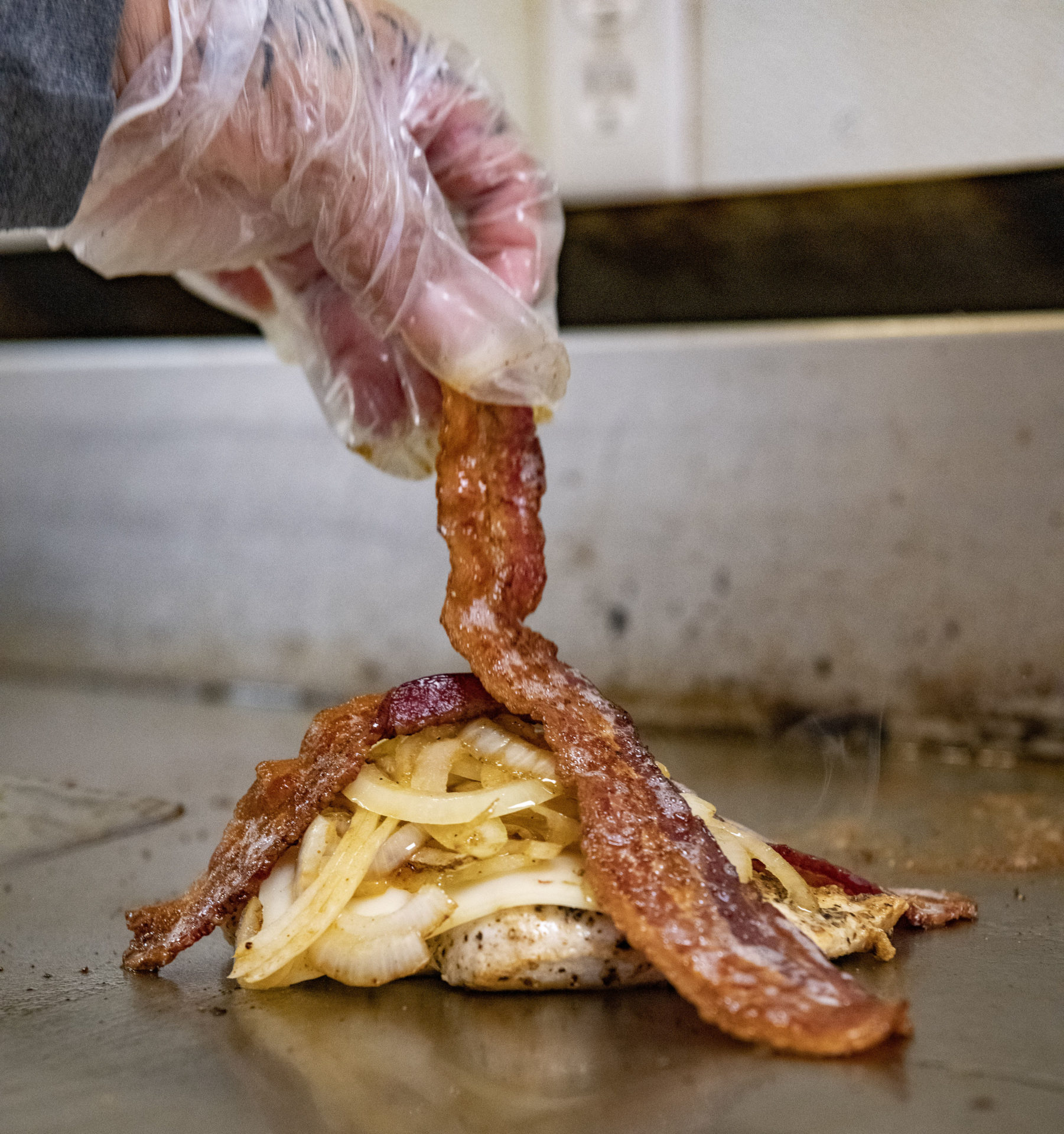 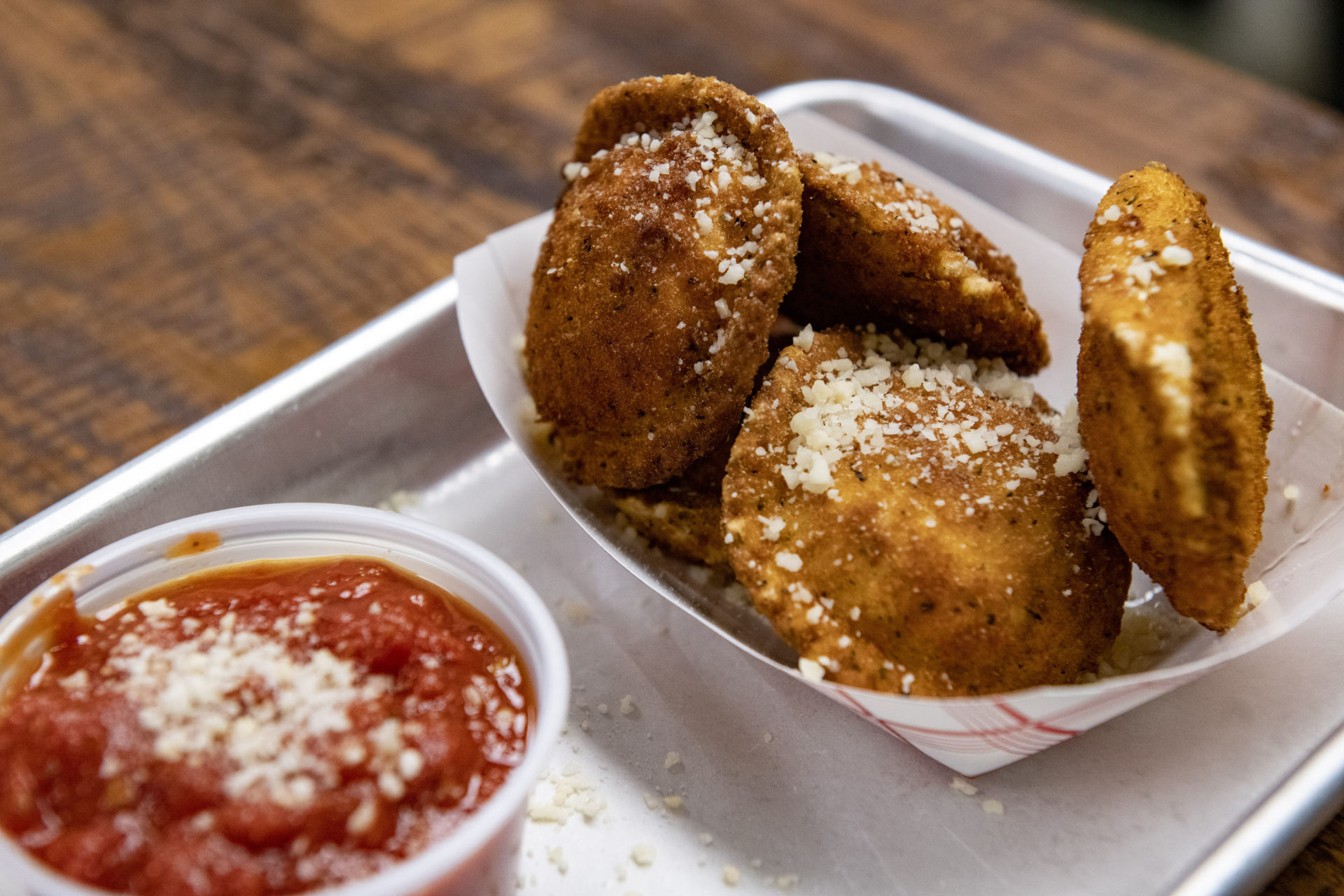 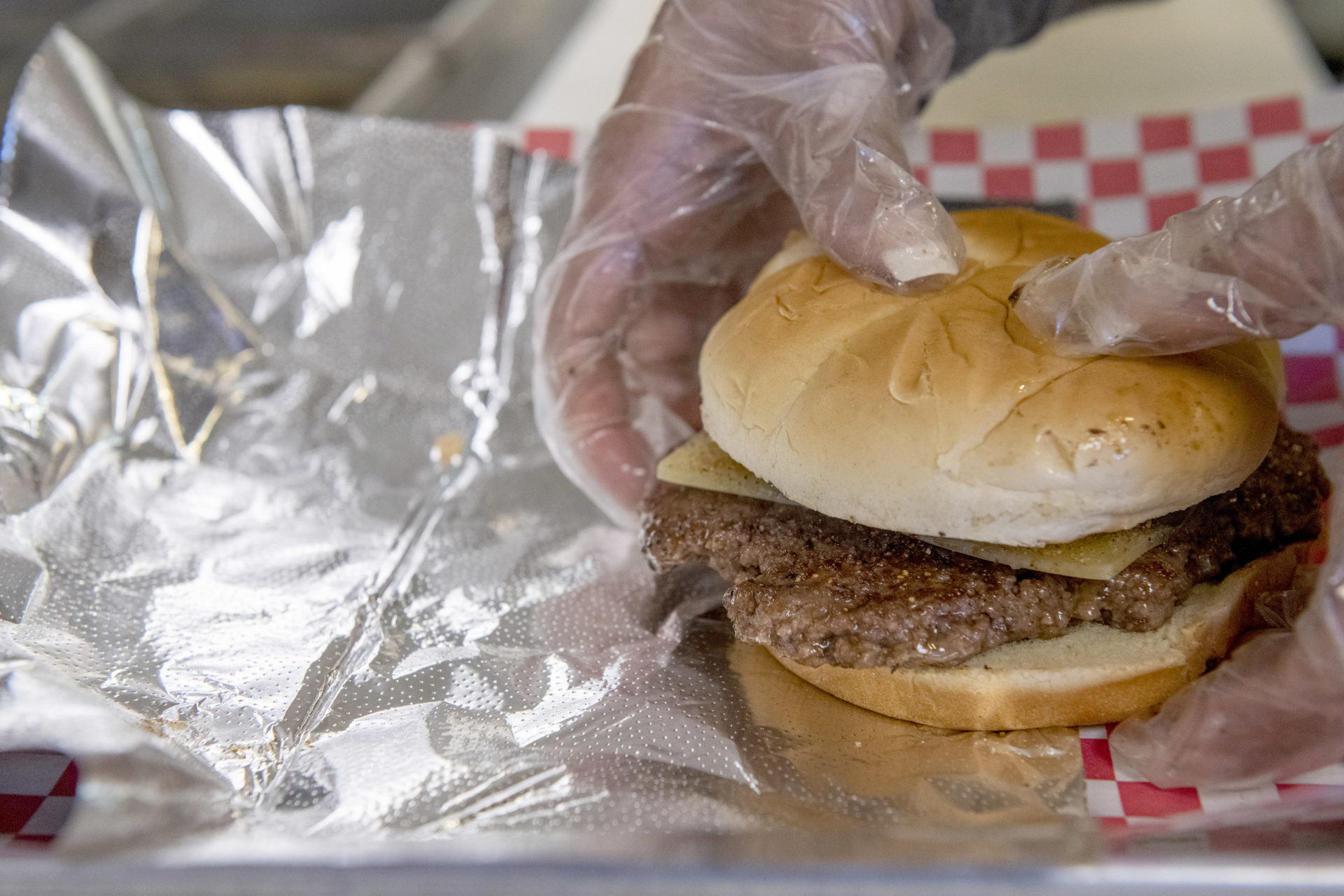 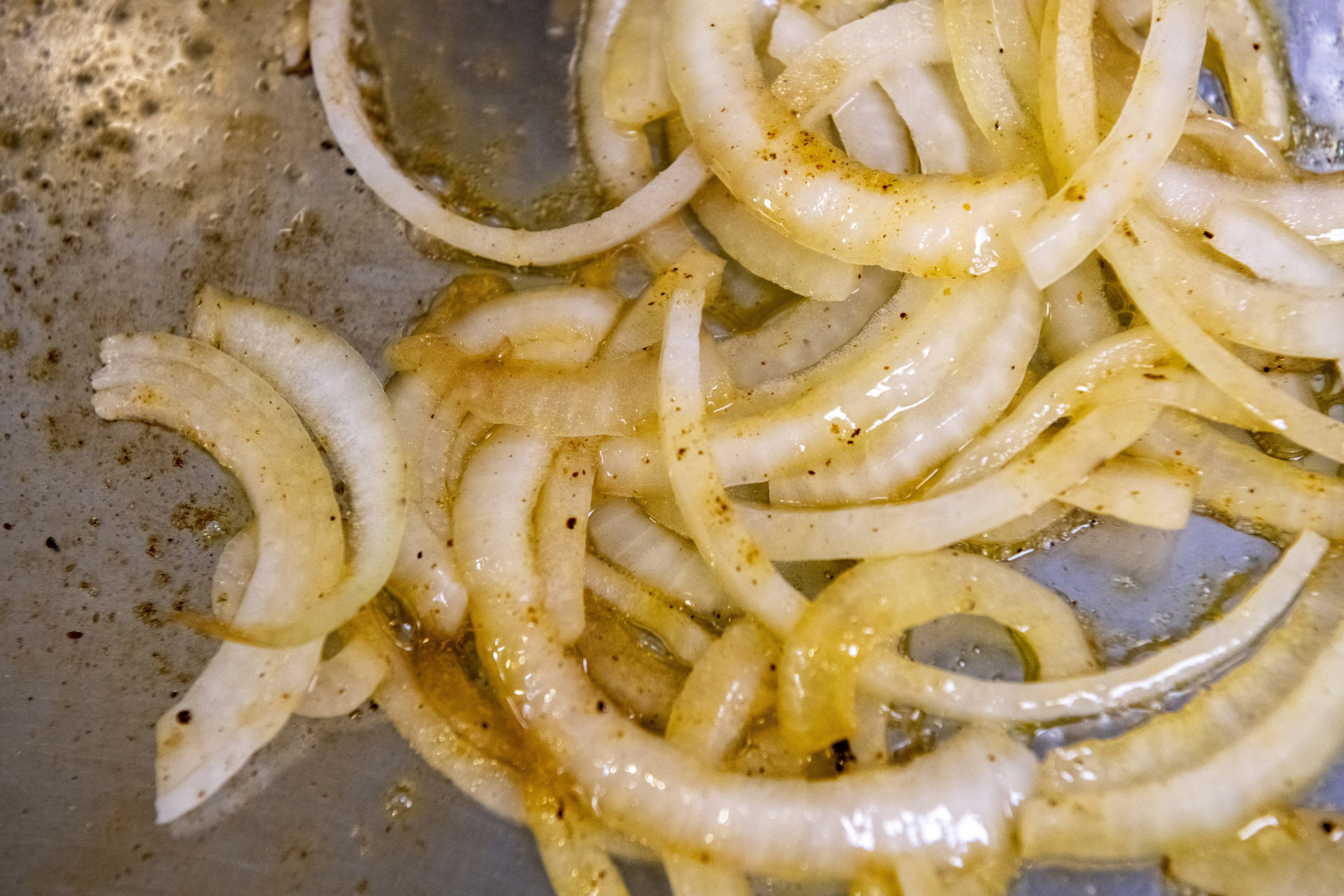 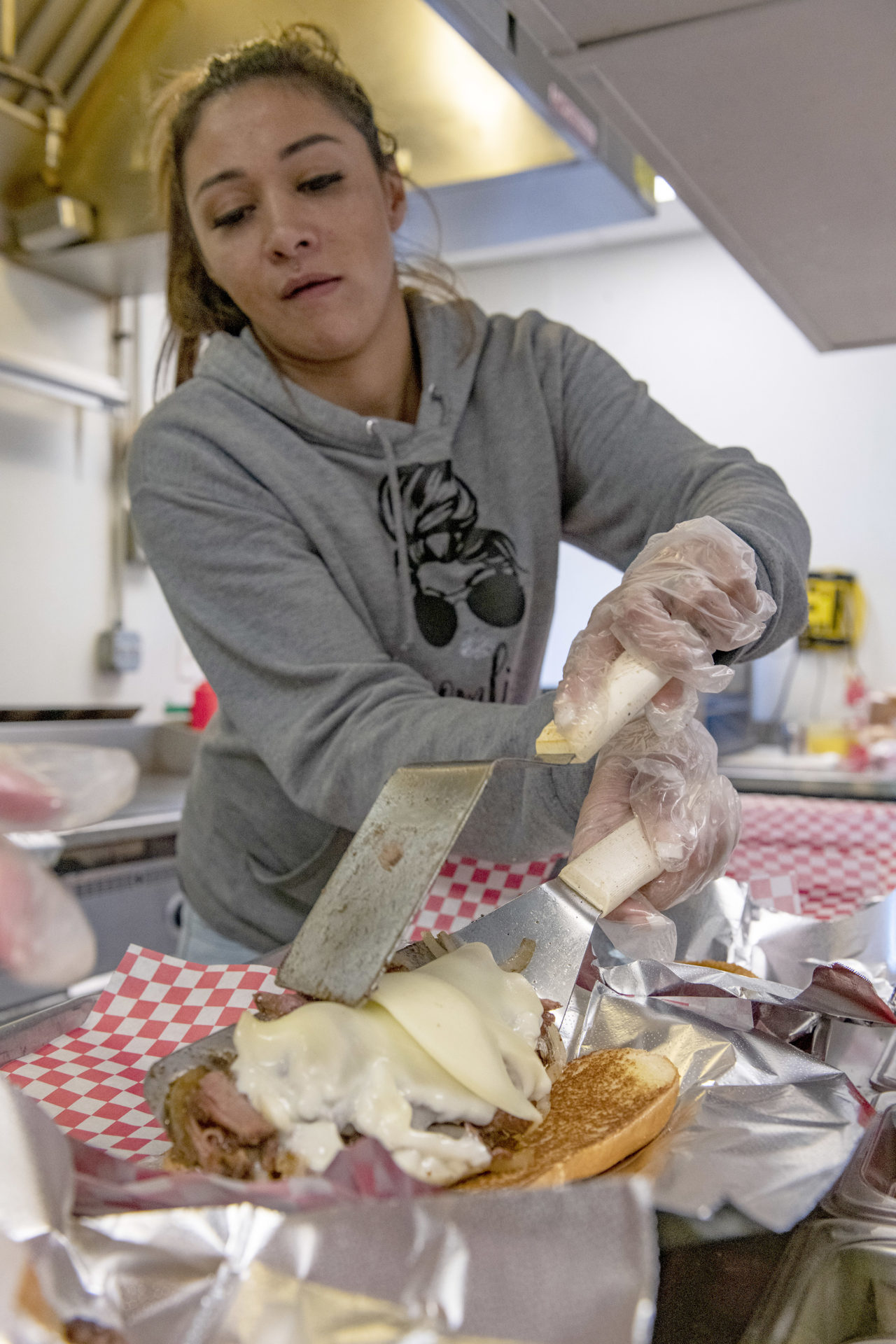 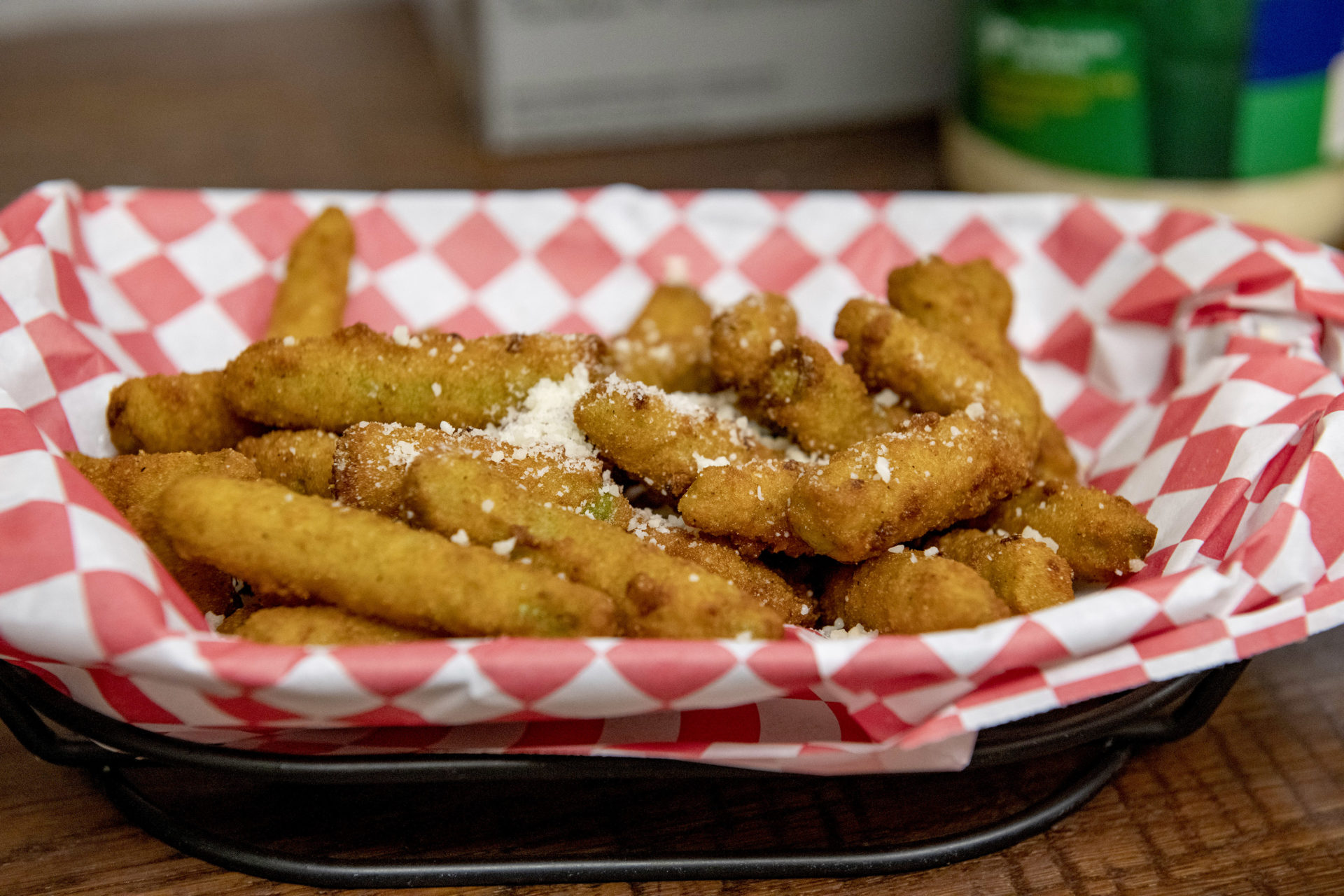 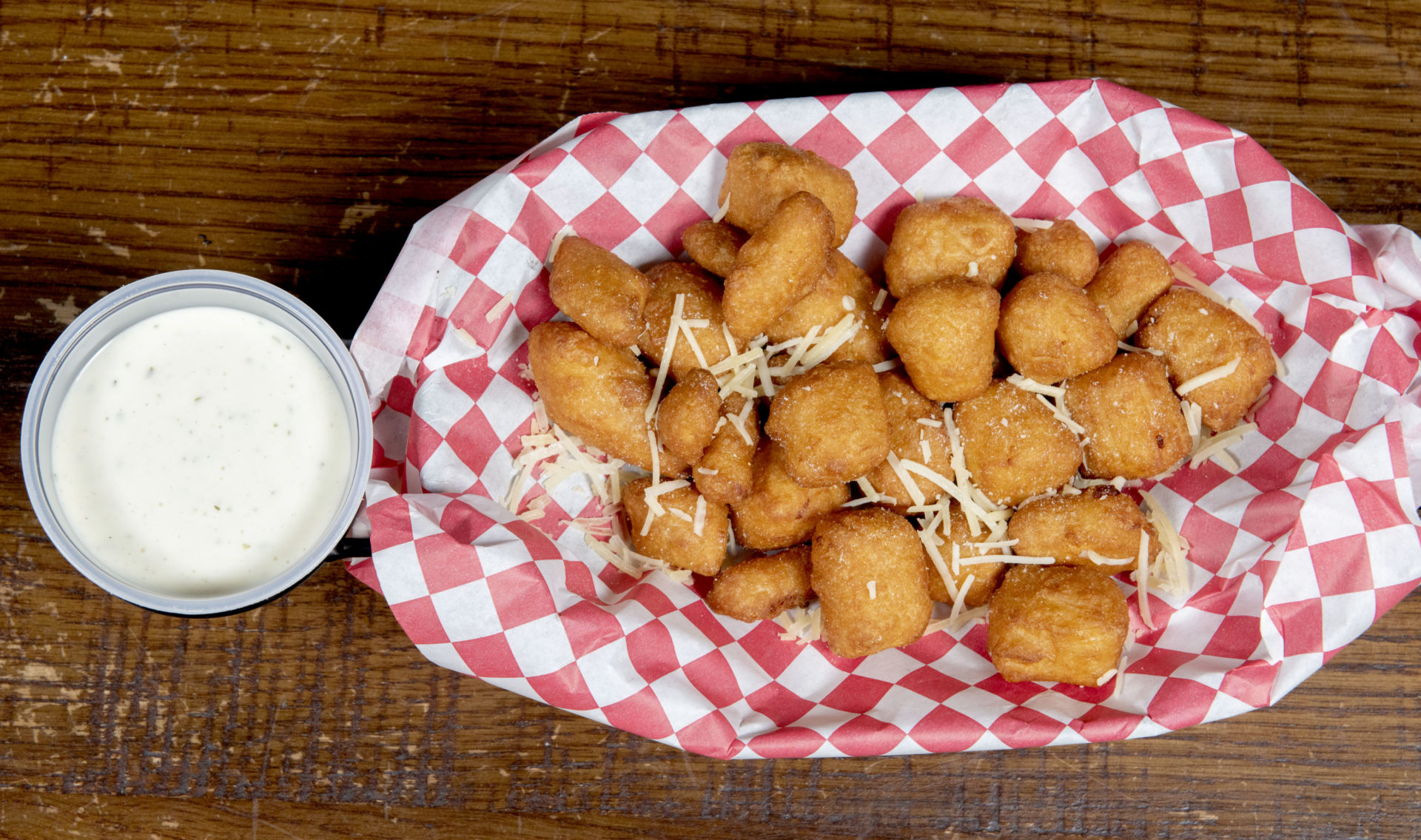 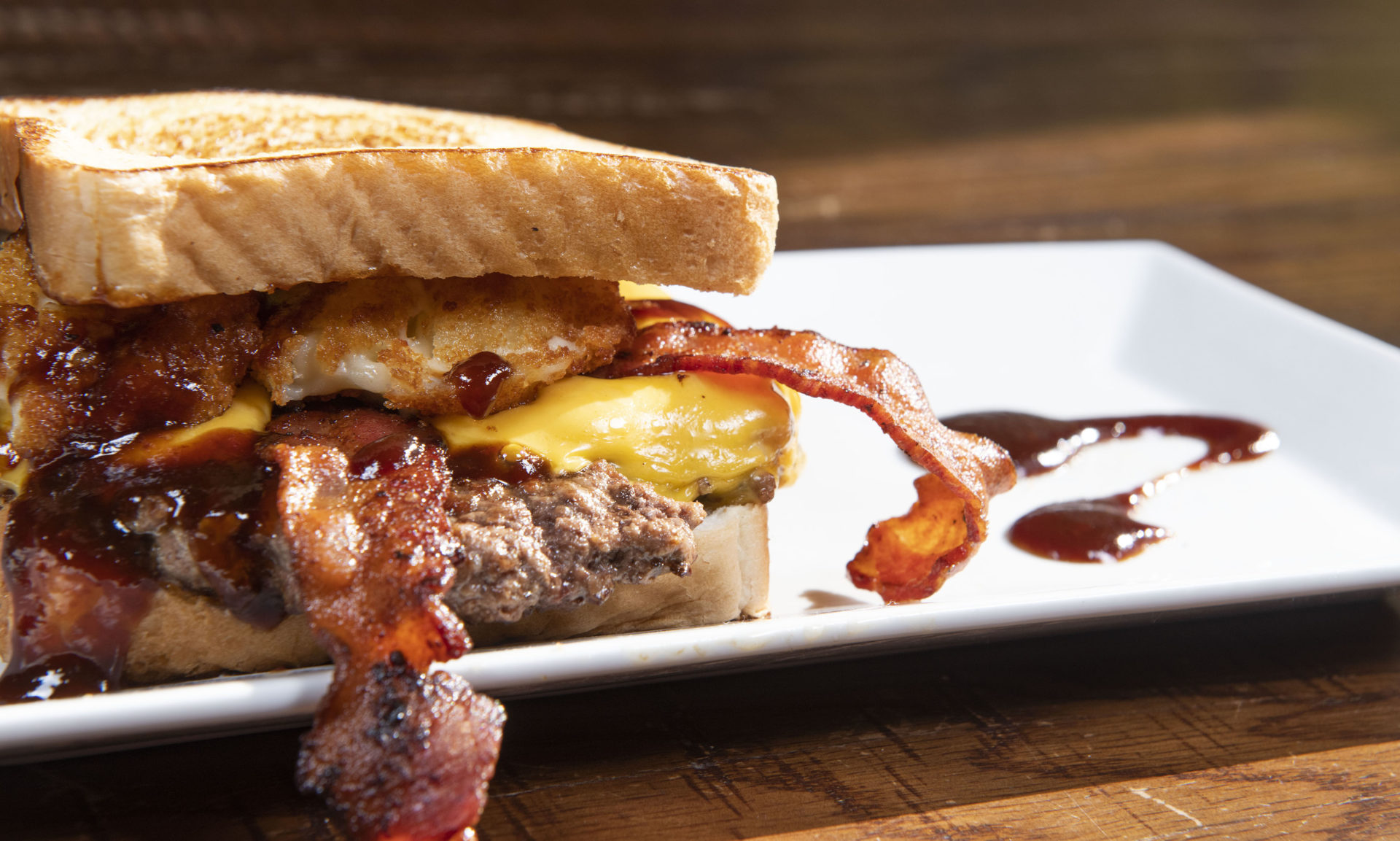 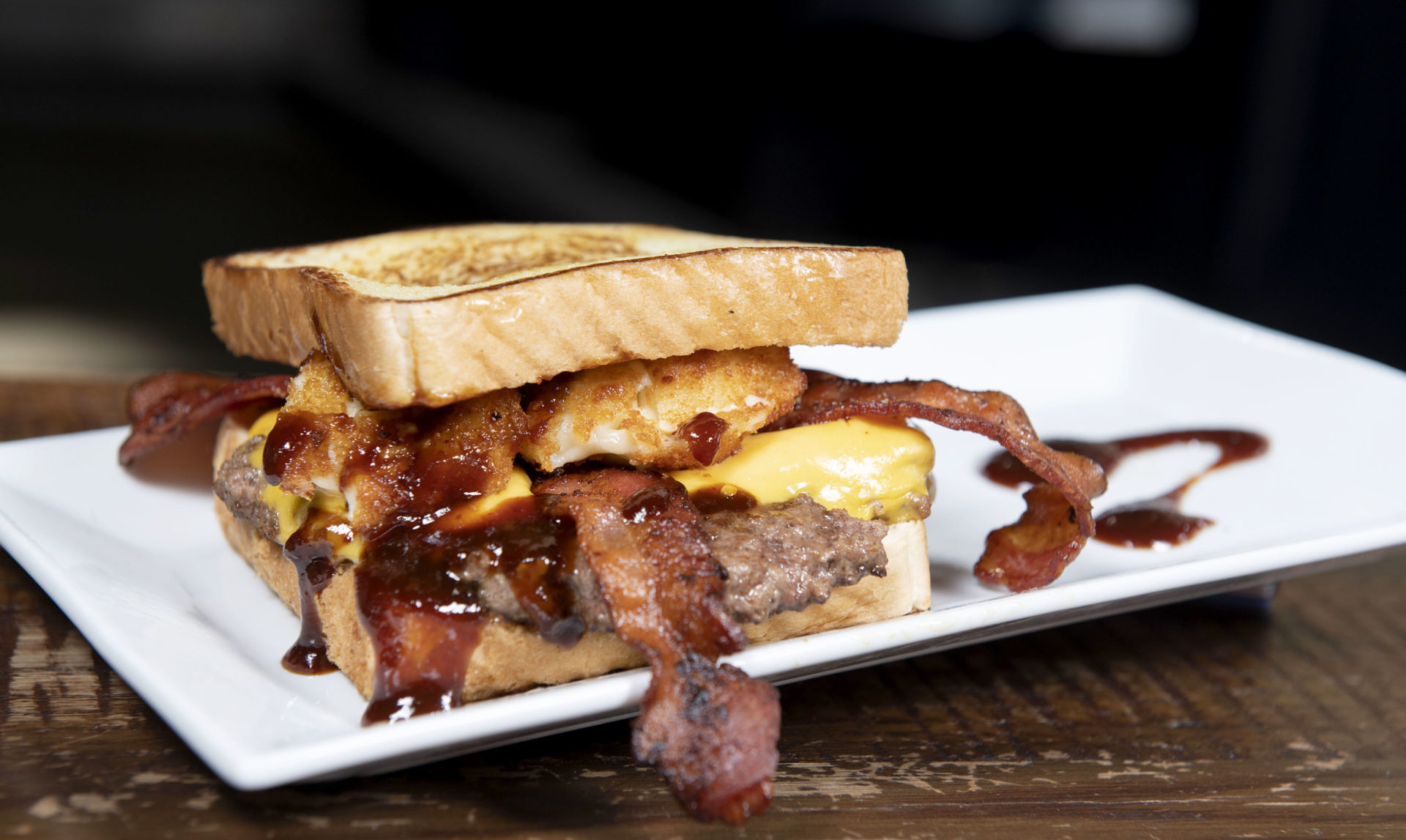 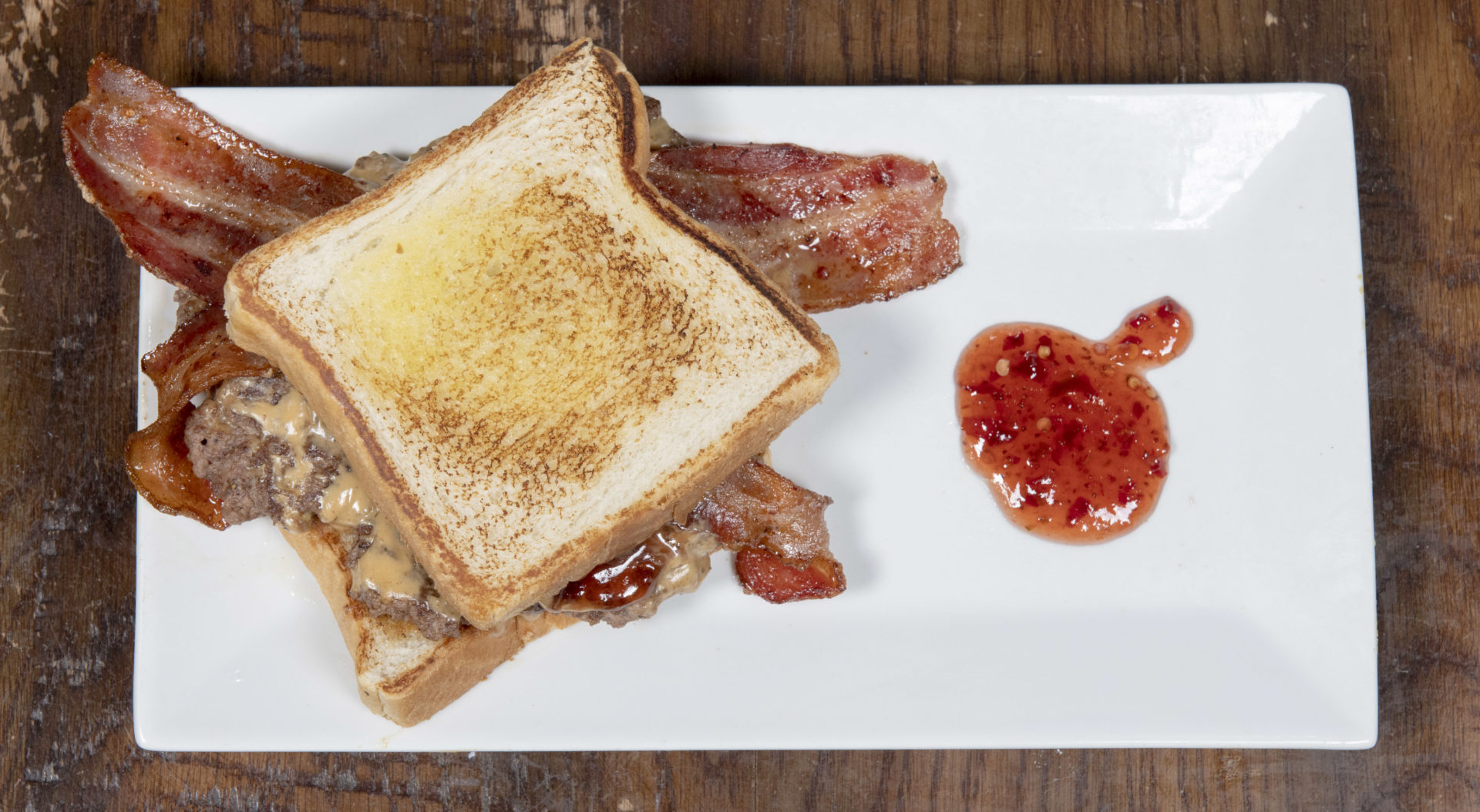 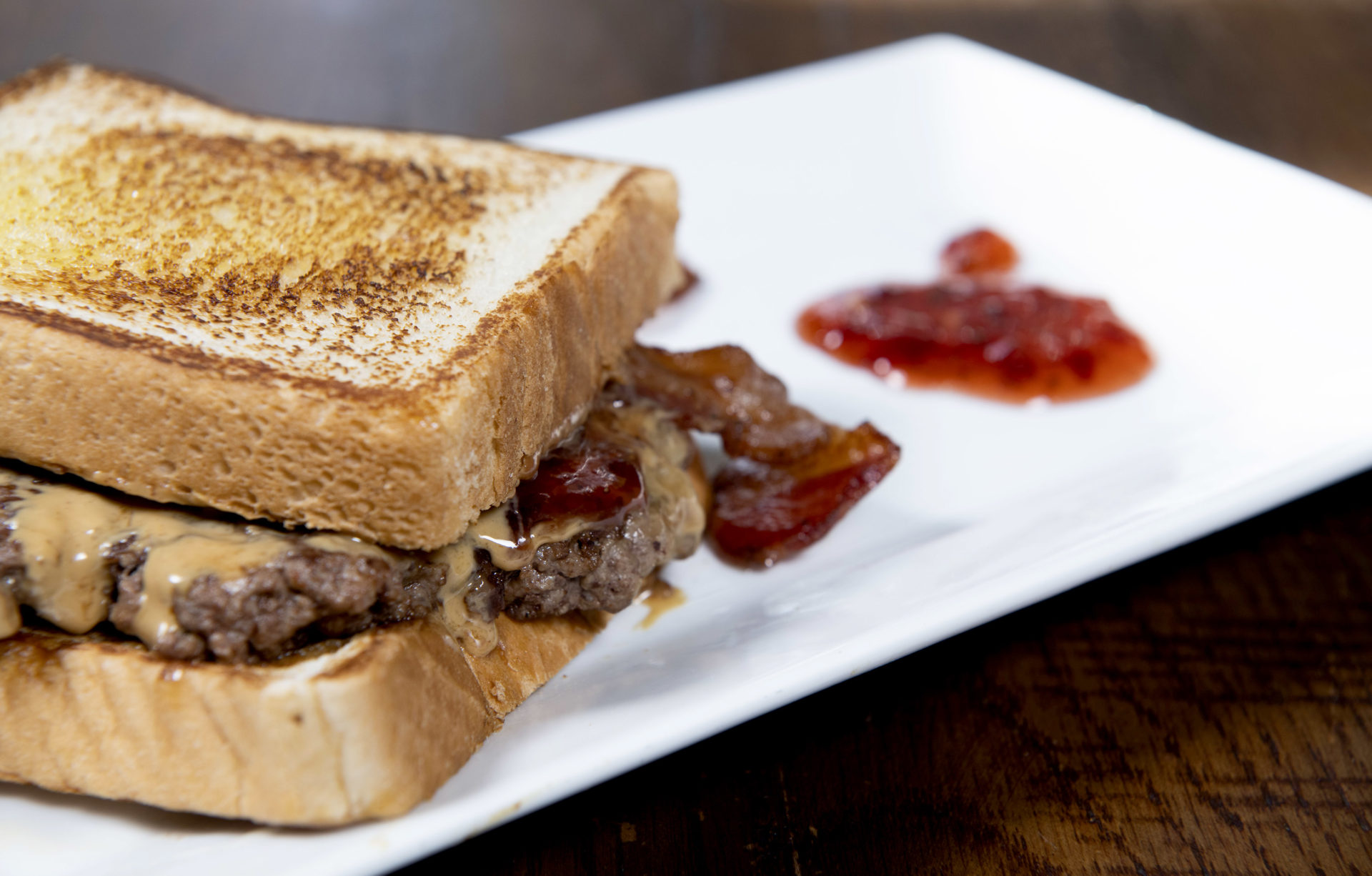 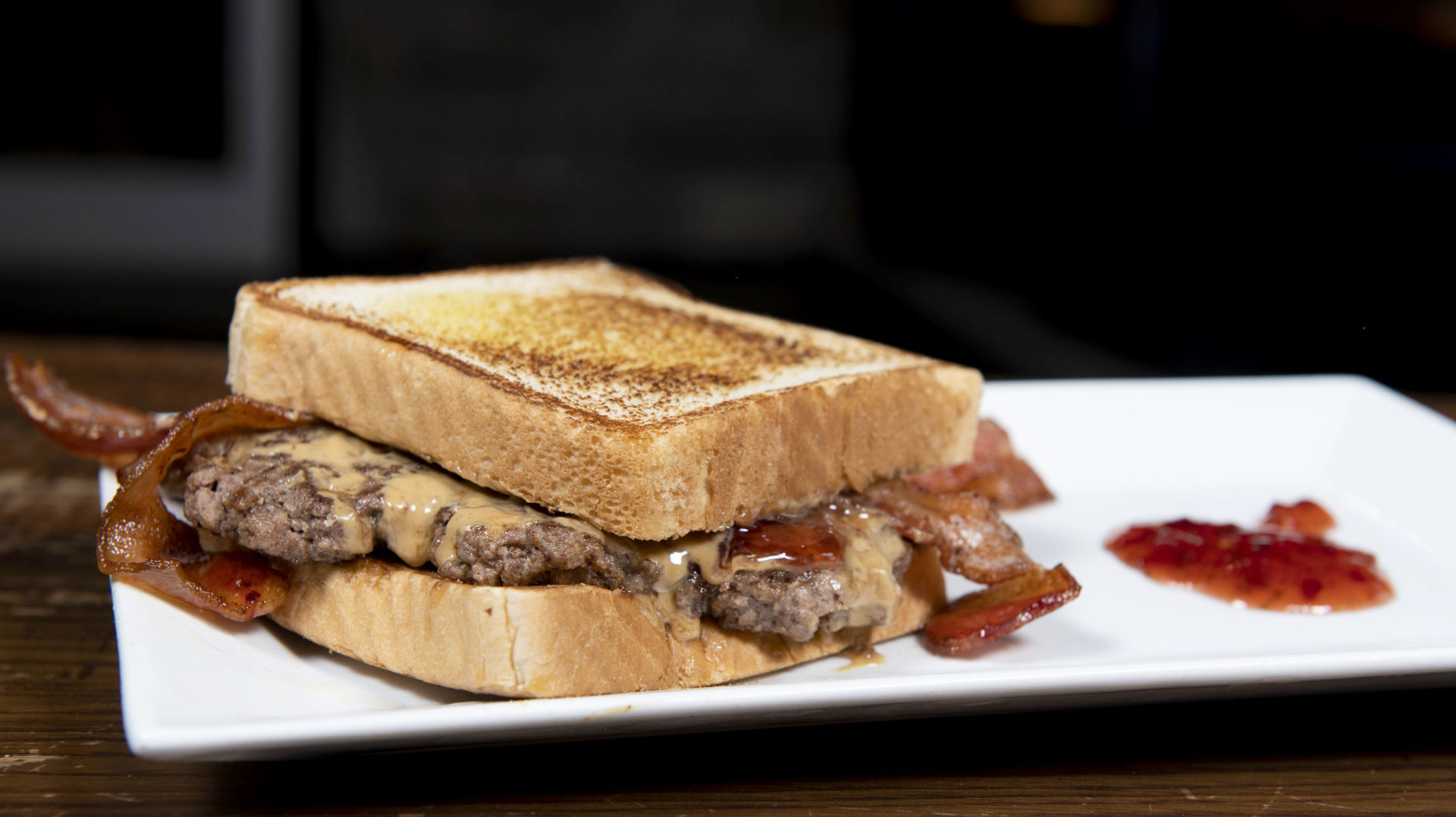 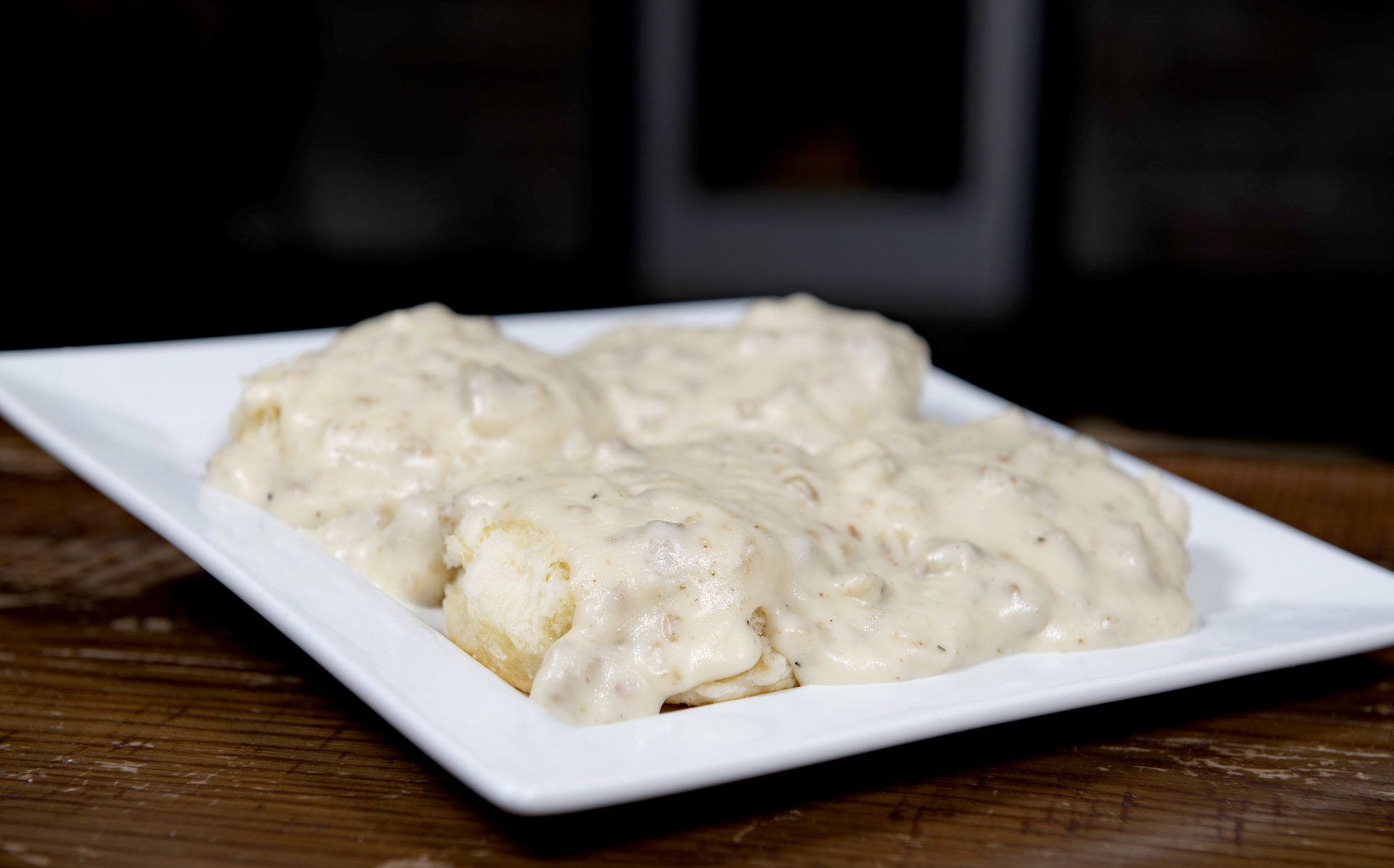 Catfish lovers flock to all three Rich’s locations on Friday nights for their popular all-you-can-eat catfish dinners. It’s the biggest day of the week with each restaurant selling approximately 250 pounds of catfish every Friday.

Each order starts with catfish fillets that are covered in a cornmeal breading with a few of Jason’s secret spices and deep-fried. Four pieces of the perfectly cooked catfish are served with jalapeno hush puppies and your choice of coleslaw or fries. Jason says those four fillets fill up most of his customers, but some want a few more. “It’s clean, flaky white fish,” Jason says. “The taste is just phenomenal.”

If you think the Big Cheesey isn’t going to be enough, pick up an order of cheese curds for an appetizer. Jason serves up four varieties of the fried Wisconsin classic: white cheddar, pepper jack, spicy Wisconsin and garlic. Other appetizers include a nod to Jason’s St. Louis roots with toasted ravioli and Rich’s Hot Wings featuring housemade wing sauce. “It starts off sweet and right at the end gives you a little bit of kick,” he says.

Save room for dessert and you’ll be in for a homemade sweet treat. Jason’s mother makes the gooey butter cake and Texas sheet cake that his diners have come to love.

Rich’s serves up breakfast every morning in all three restaurants as well. The menu is full of breakfast staples. However the biscuits and gravy are Jason’s favorite. The gravy is made fresh every morning using both regular and spicy sausage along with bacon grease. “It’s not a spice that’s going to bother you,” he says. “It gives it a little bit of a peppery taste and steps the flavor up to another level.”

Whether you stop in Rich’s for as much catfish as you can handle, an over-the-top burger or a buttercream pancake, you’re sure to leave with plans to return soon.

“Because of the care we put into how we prepare our food and the service we try to provide, it’s more than worth your time to come by and experience that even if you’ll have to drive a little extra,” Jason says. “I think you’ll be surprised at the quality of food you’re going to get.”

Details: In Sullivan and St. James, open daily from 7 a.m. to 8 p.m. In Steelville, open Monday through Friday, 6 a.m. to 8 p.m. and Saturday and Sunday, 7 a.m. to 8 p.m. Cash and credit cards accepted. Nonsmoking. For current address and contact information visit www.richsfamousburgers.com.