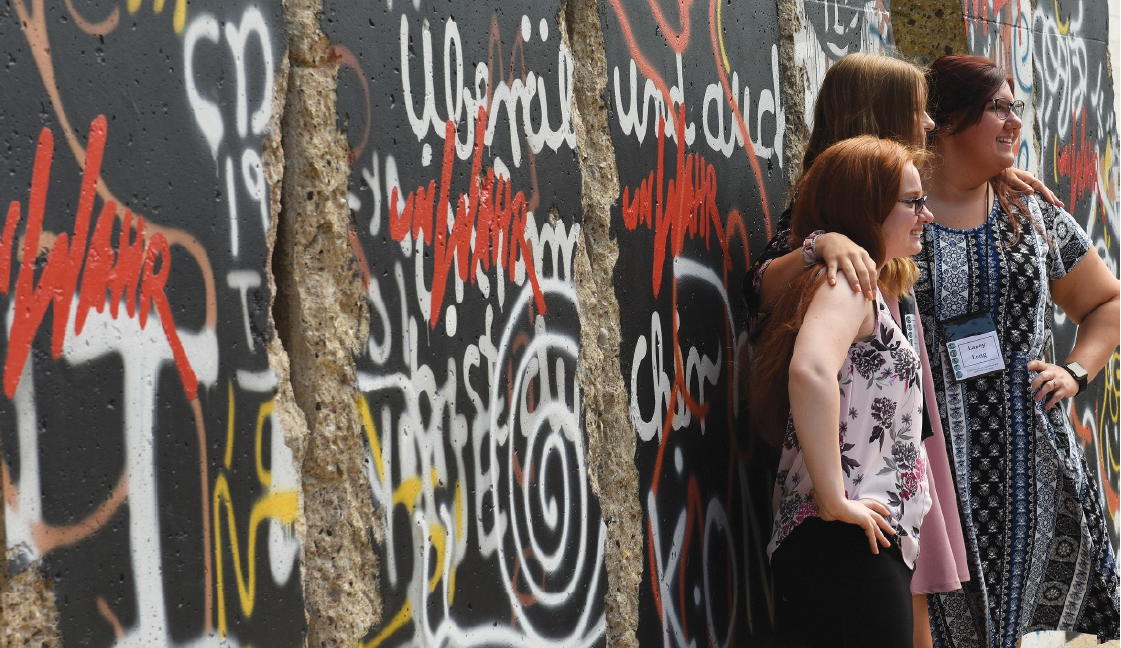 For more than 15 years, Missouri’s electric cooperatives have invited high school students to spend part of their summer in a different sort of classroom. Some of the subjects such as science and history are familiar, but some of the projects are not. It may not be common for summer school to involve acting out public service announcements or building an electric cooperative, but it’s all part of the ride at CYCLE.

This year, 95 delegates were sponsored by 35 rural electric cooperatives and the Missouri Institute of Cooperatives to make up the 16th annual Cooperative Youth Conference and Leadership Experience. The purpose of the three day program is to develop the leadership skills of Missouri’s youth toward becoming the leaders of tomorrow. Along the way, CYCLE delegates get to know their peers from around the state through group activities and field trips.

“CYCLE is a unique opportunity for students to learn how they can make a positive impact on the world around them,” says Chris Massman, vice president of member services for the Association of Missouri Electric Cooperatives, which organizes the event. “Watching them connect and develop those skills are what make it such an important program for the electric cooperatives.”

The foundation of the CYCLE program is demonstrating how youth can be difference makers in their own lives as well as those of their family and friends and in their schools and communities. One of the most powerful presentations is delivered by Rachel’s Challenge. Named after Rachel Scott, the first person killed in the Columbine High School shooting, the nonprofit organization shares Rachel’s story in the hopes of reducing violence and bullying in the nation’s schools.

Along the way students receive a crash course in electricity and the co-op business model. Staff from AMEC and Central Electric Power Cooperative cover everything from electric cooperative history to how electric power is created and brought to their homes. Students also learn about Missouri’s International Program to electrify communities in developing countries, the skills and tools it takes to be a line worker and the other job opportunities available at co-ops. New to the program this year was a field trip to Fulton. First, delegates toured along the Churchill National Museum at Westminster University to learn about the life and leadership qualities of former British Prime Minister Winston Churchill. Next up was Callaway Electric Cooperative, where Assistant Manager Clint Smith gave students a live line demonstration in electric safety and showed them the co-op’s electric car.

A highlight of the experience is the opportunity for delegates to debate a mock bill on the floor of the Missouri House of Representatives. Students follow the typical legislative procedure used by the Missouri General Assembly to ask each other questions about, make amendments to and possibly pass the bill.

“It was a good experience being there, hearing everyone else’s sides and to be in the atmosphere of it,” says Faith Stewart, who was sponsored by Howell-Oregon Electric Cooperative.

This year’s delegation received a surprise during the debate when Gov. Mike Parson stopped by the chamber and invited the group on a personal tour of the Governor’s Office. Gov. Parson, a Southwest Electric Cooperative member, pointed out some of the interesting historical details in the room’s design and decor to the students. He also fielded questions from the group about his duties as the state’s highest elected official. After a hard day’s work, it’s time to enjoy some well-earned rest and relaxation. The busiest day of CYCLE was capped by a barbecue and games in Jefferson City’s Ellis Porter Park. Within little more than a day of knowing one another, nearly 100 strangers have not only learned more about themselves, their state and electric cooperatives, but also have made close friends.

“My favorite part about CYCLE was having so many leaders from different communities get together, and being able to build with them and get new ideas for our communities,” says Rachael Deckard, who was sponsored by Webster Electric Cooperative. “This would not have been possible without a co-op to sponsor and send us here. It really shows that our cooperative wants to give back to the students.”