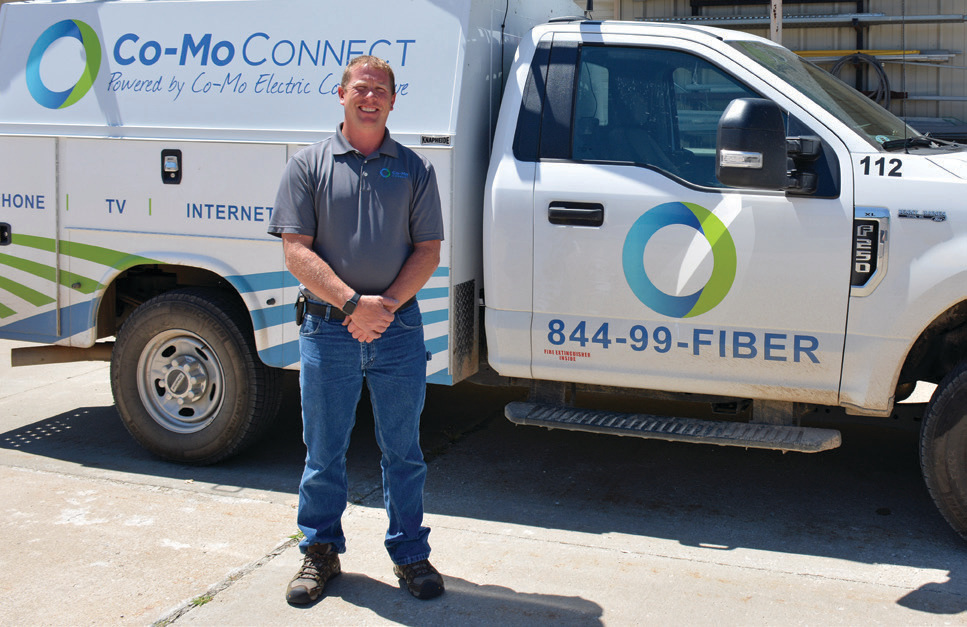 Growing up with the local sheriff as your father, you get used to helping out. I can’t tell you how many times I have seen my dad, Kenny, pull over to help someone. It didn’t matter if we were headed to football practice or home from church, you could pretty much bet if someone was on the side of the road, we would check on them.

If you’ve been following Rural Missouri this summer you’ve probably noticed an increase in lifesaving electric co-op employees. These include White River Valley’s David Byrne, who saved a man from drowning, and the dramatic rescue by Southwest Electric’s Kurtis Brown of two people when their truck caught fire.

The latest involved Co-Mo Connect’s Carl Pettigrew. Carl saw a truck that was being winched nose-dive off a bridge. He pulled over and rushed to help the crash victim up a hill to safety, then called 911 and flagged traffic.

There are several reasons for these happy endings to what could have been tragedies. First, every electric co-op employee receives first-aid training.

Another reason is because co-op employees travel rural roads where the only fellow travelers may be a farmer or a white-tailed deer. Over the years, co-op employees have found themselves in the right place at the right time.

But there’s a more important reason for the lifesaving. All the training in the world wouldn’t do much good if they weren’t ready and willing to lend a hand. These co-op employees live and work in the communities they serve. It’s second nature for them to give back whenever possible.

This giving back doesn’t end on the roads. Electric co-op employees also go into classrooms to teach power line safety. We offer this safety training because often times in rural areas the only person around to help you is you.

I often wonder if these safety messages are being received. Recently, my Aunt Sue sent me a note about how our efforts saved a life.

Chase Goldinger, a 2020 high school graduate from the Hannibal area, was driving a tractor on a rural road when he popped over a hill into the path of an oncoming car. He made the quick decision to steer off the road. While he avoided a head-on collision, he struck a pole. The power lines fell on the tractor’s hood.

When the accident happened, Chase fashed back to an elementary school power line safety presentation put on by his electric co-op, Missouri Rural Electric. He remembered the lesson and stayed in place until help arrived. His clear thinking saved him from possible electrocution.

We are proud of our employees and the work they do to keep members safe. We are equally proud of members like Chase who pay attention so that doing the right thing in a crisis is second nature. Safety, as we like to say, is no accident.