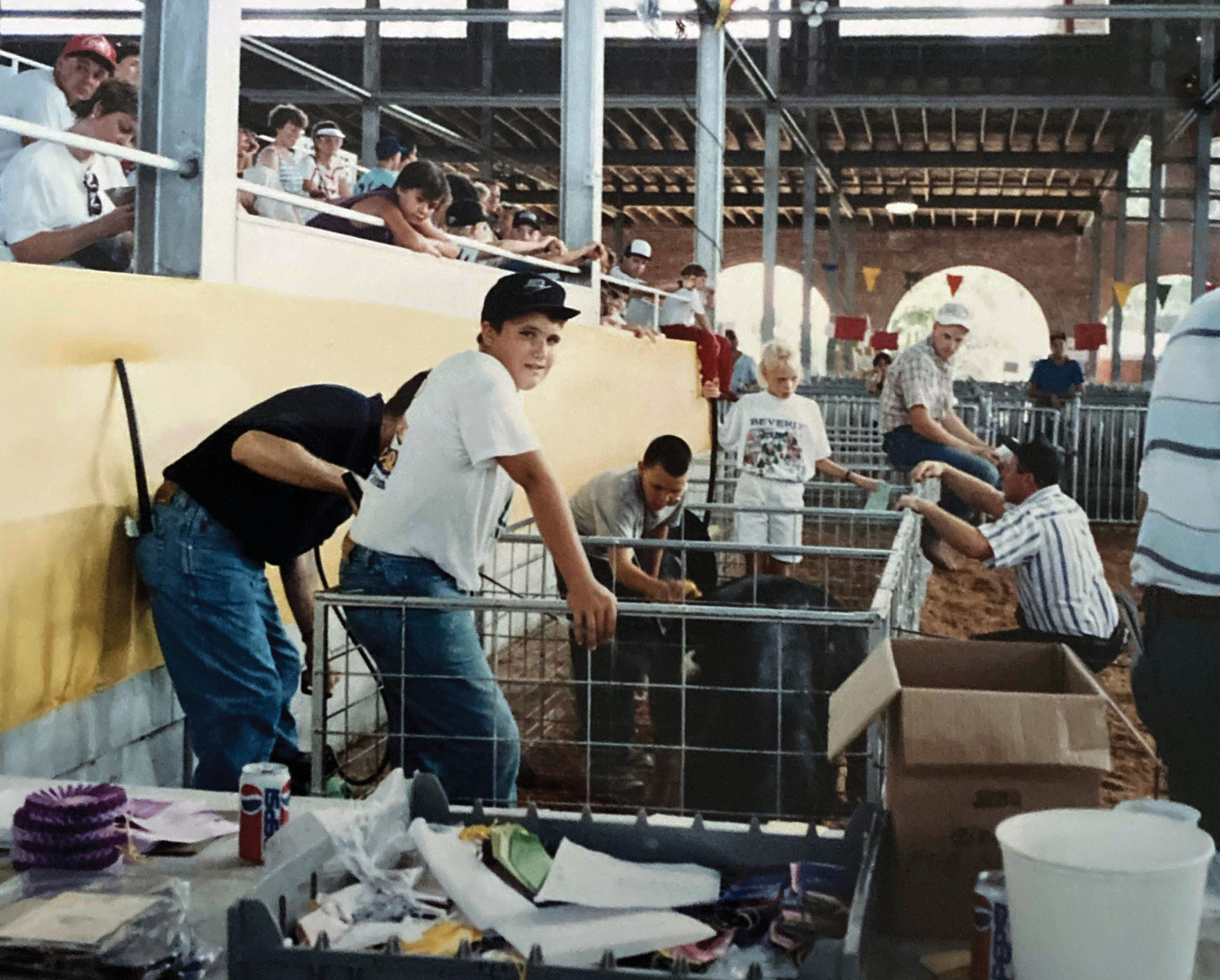 For a farm kid, this is the best time of year. The ponds and creeks are the ideal temperature to jump in. There’s a chance the square bales you’re hauling are straw, not alfalfa. But best of all, it’s fair season. When it was fair season at the Jones Farm, that meant you were likely getting ready for the granddaddy of all fairs, the Missouri State Fair.

There is nothing more exciting than loading up your prize-winning pig and heading to Sedalia. There was plenty to do when you got there: unloading animals, setting up your show board of ribbons from the county fair and trying to find your favorite show stick your little sister lost. After that was when the real fun began. It started with trying to survive the scariest ride possible without parting company with that corn dog you ate. After a few days on the midway, it was time to see what the state fair was really about.

Thankfully I haven’t met him on the road yet, but someone needs to explain how the Missouri Highway Patrol got their hands on Otto the Talking Car. I still get a shiver down my spine when I think of all those snakes in the Department of Conservation building and my stomach gurgles just a little bit when I recall the gallons of chocolate milk I drank from the dairy building. I am pretty sure I still hold the record for entries to win that John Deere mower the Missouri Farm Bureau gives away.

The best memory may be digging out my cleanest 4-H shirt to sneak in the Governor’s Ham Breakfast. We knew 4-Hers working the event got to eat for free. I probably still owe Gov. Parson for quite a few meals.

We didn’t know it then but showing at the fair was a lot of work for Dad. He did it because showing livestock was the foundation for character building, teaching leadership, responsibility and many more traits I use every day as an adult.

These days I go to the state fair for a different reason, representing Missouri’s Electric Cooperatives. Since it opened in 2000, your electric co-op building hosts the “who’s who” of Missouri’s leaders. You never know who will show up. Don’t be surprised if you see Sen. Roy Blunt and his son racing another member of Congress on our electric car racetrack. We once had rocker Ted Nugent come by and announce his new wild game cookbook, “Kill It & Grill It.”

While it’s great catching up with legislators and celebrities, my favorite part of being in the co-op building is getting to meet you, the member-owners of electric co-ops. While I may not miss sleeping in a cot next to my pigs anymore, don’t be surprised if you see me at the livestock arena watching the next generation of leaders making their own memories.