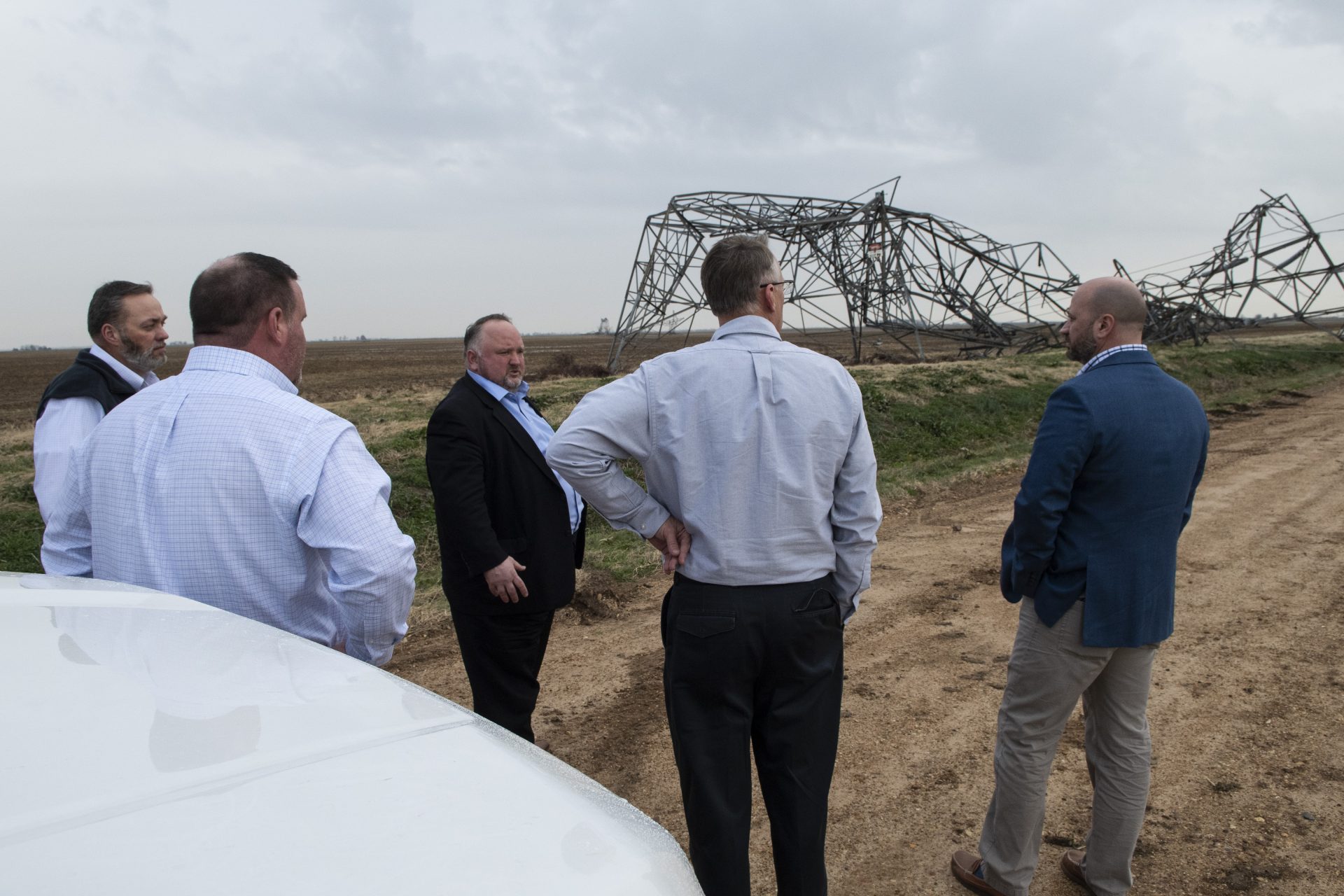 On a night that saw multiple tornadoes roar across Missouri, more than 15,000 electric co-op members were left in the dark as the twisters broke poles, tangled lines and wrecked towers supporting a transmission line.

The Dec. 10 tornadoes saw electric co-op crews spring into action as soon as it was safe. As a result, most of those affected by the strong winds had power restored by daybreak. Hardest hit were Cuivre River Electric, with more than 5,000 members without power Friday evening, and Pemiscot-Dunklin Electric in the Bootheel, which suffered more than 100 broken poles.

Additional crews were called in from four nearby electric co-ops to help Pemiscot-Dunklin Electric.

The tornado also destroyed 17 steel towers supporting a 500,000-volt transmission line owned by Associated Electric Cooperative. A temporary line adjacent to the damaged section will keep the power flowing while the towers are rebuilt.

On his first official trip after being sworn in as USDA Rural Development State Director for Missouri, Kyle Wilkens traveled to the Bootheel to see the damage firsthand. He met with employees of Pemiscot-Dunklin Electric and M&A Power, commissioners from Dunklin and Pemiscot counties and farmers in the storm’s path. He offered support from USDA to help those communities recover.

Less than a week later, straight-line winds — classified as a rare serial derecho by the National Weather Service — kept lineworkers across north Missouri busy repairing storm damage that stretched from Kansas to the Mississippi River.

United Electric Cooperative reported 160 broken poles leading to 3,300 members without power. All 24 of the co-op’s linemen worked until power was restored. They were assisted by linemen from Platte-Clay Electric, which had its own problems but was able to make repairs on its own system within four hours. Platte-Clay was able to return the favor from United Electric, which sent help in June when Platte-Clay needed assistance.

Jim Bagley, CEO of United Electric, summed up the feeling of all of the systems hit by the storms. “We can’t express enough the appreciation we have for our members after this storm,” he said. “The prayers, support and positive comments make it easy to work for our members.”