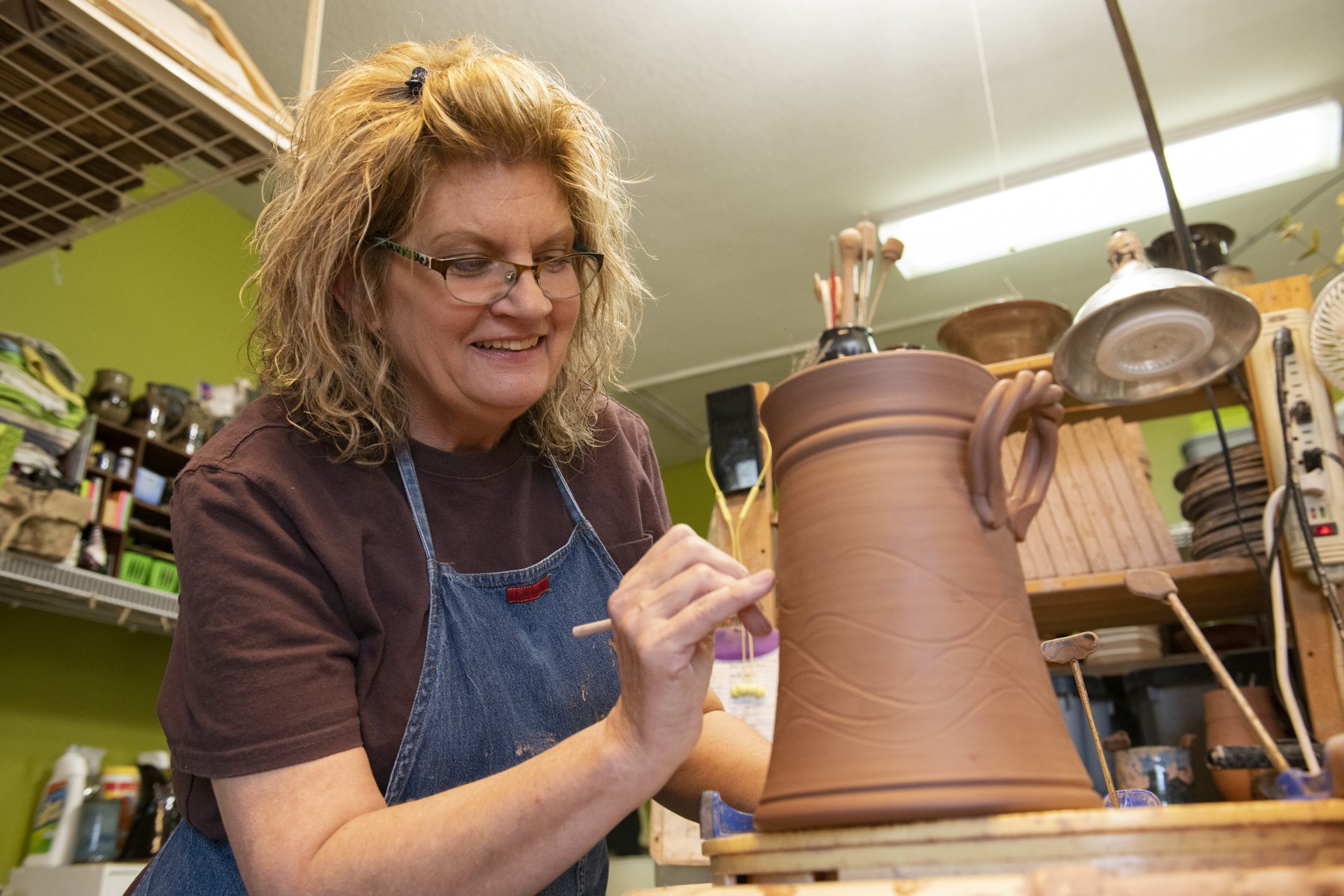 Functional art thrown from the hands of Tresa Killion

Tresa Killion remembers her reaction when a design teacher at State Fair Community College handed the student her first ball of clay. It wasn’t the type of response one might expect from a potter who would later become a Best of Missouri Hands juried artist.

“He told us to make a face and I thought, ‘I’ll give you a face; I’m not touching that stuff!’ ” Tresa recalls. “And when I did, it was God speaking to me saying, ‘This is where I wanted you.’ ”

Almost 30 years later, the reluctant class project has become a way of life for the potter who follows her inspiration from her Houstonia studio, Killion Pottery.

Her first exposure to the artform changed Tresa’s path from art therapy to fine arts. As she neared graduation in 1996, Tresa apprenticed with Jeff Walker, a master potter perhaps most widely known for his work as an artist at Silver Dollar City. Under Jeff’s wing, she learned the business side of the pottery world or the elusive art of making a living from creativity. Whether practiced as a hobby or as a source of income, pottery doesn’t have many casual fans, according to Tresa.

“I believe it’s like you either love it or hate it, when you’re working with clay, one or the other,” she says with a laugh. “Everyone in class had this connection with the clay, and when I talked to other potters they said, ‘you don’t make much money with it, but it’s a passion in your life.’ ”

Tresa describes most of her works as utilitarian. Mugs, plates, bowls, serving platters, hanging planters, and bakeware are the most common items she crafts, but she’s also done everything from handmade tiles to the bathroom sink. One of her out-of-the-ordinary projects is the hand-painted tile wall at B&B Theatres Sedalia Galaxy 10 cinema.

“I call pottery a functional piece of art because every piece is made by hand, so not every two pieces are exactly alike,” the Central Missouri Electric Cooperative member says. “It’s something you can either leave out for display or use and make special memories with family and friends.”

Tresa uses a pugmill to mix her clay, measuring every piece’s weight depending on what she’s making. A typical mug uses either three-quarters of a pound or a pound of clay. Next comes the part even most nonpotters are familiar with — throwing it on the wheel. This attaches clay to the base so it doesn’t move or come loose while being worked. At this stage, the lump of raw material begins to take shape under Tresa’s hands.

“You’re working with centrifugal force, and your hand is moving the clay on the wheel at the same time,” Tresa says of the process. “I’ve been doing it long enough I can feel how thick I want it on the base and know when I have the  piece where I need it.”

Once the piece has been dried and trimmed, any additions such as handles are added and then set out to dry again. It’s important that any moisture or air trapped in the clay has time to dissipate before being fired in the kiln. Otherwise, the results could be explosively disastrous.

Tresa’s pottery goes through two separate firings. The first, called the bisque, takes between six and eight hours and makes the piece hard enough to handle and ready to accept the glaze. Tresa mixes all of her own glazes, which give the finished product its colors. The second firing with the glaze takes 10 to 12 hours and an equal amount of time to cool down in the kiln. All the time, patience and effort are worth it for a one-of-a-kind, handmade item. Tresa’s works can be found at three stores in west central Missouri: Arrow Rock Antiques And Mercantile, Art Impressions in Sedalia and Wine, Women and Song in Cole Camp.

“I have people come back and say, ‘ That mug feels like it was made for me,’ and that’s a real joy to have people say that,” she says. 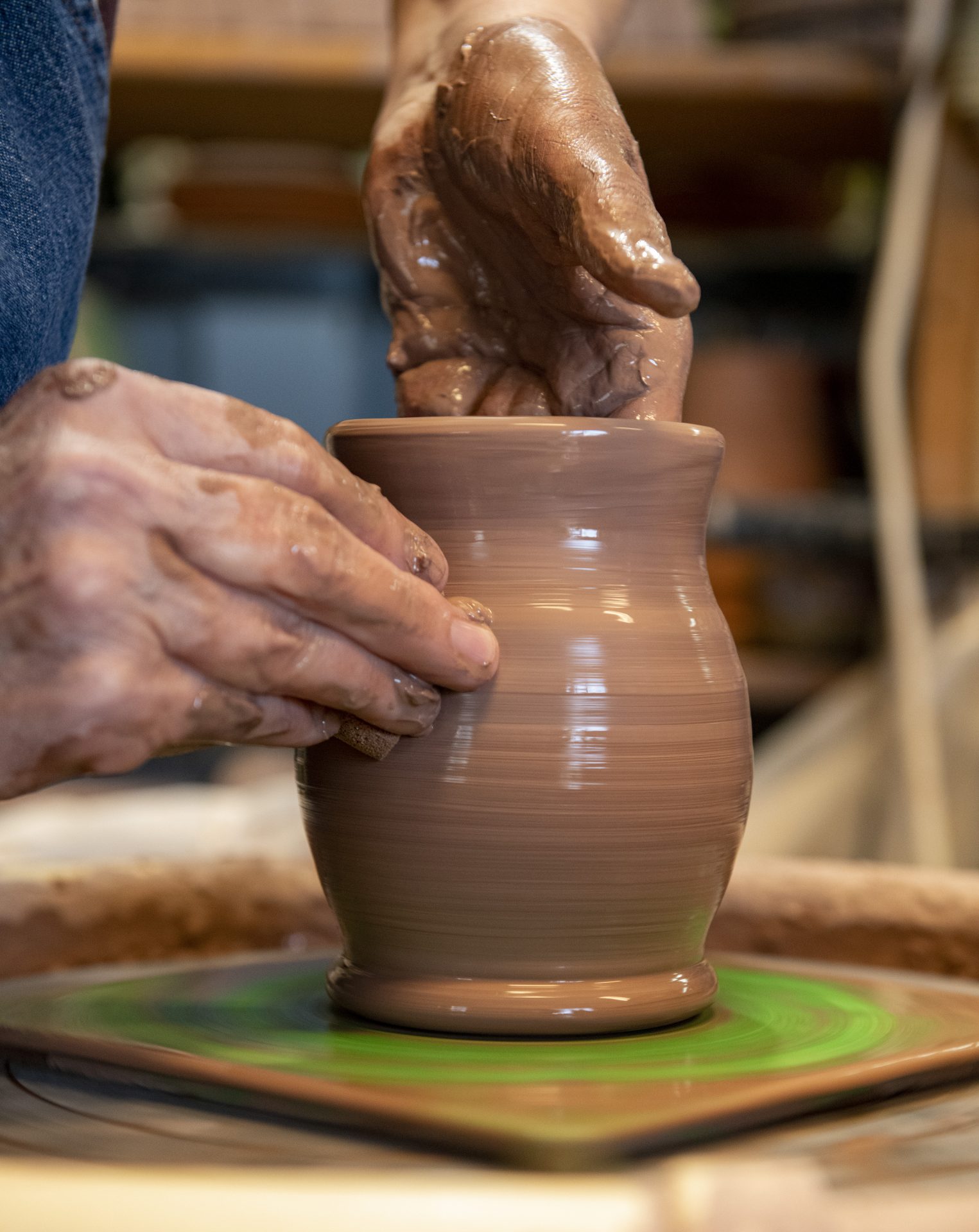 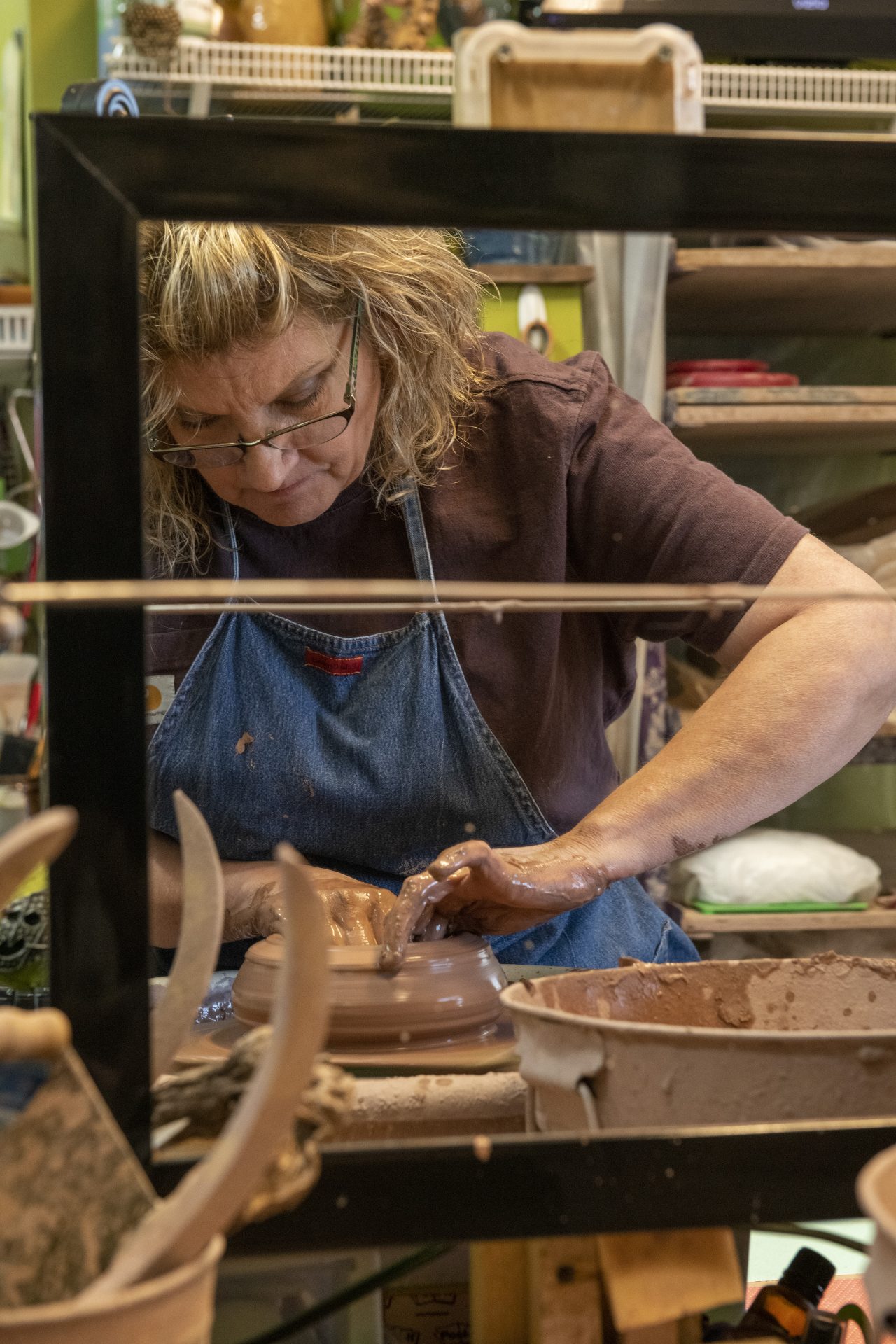 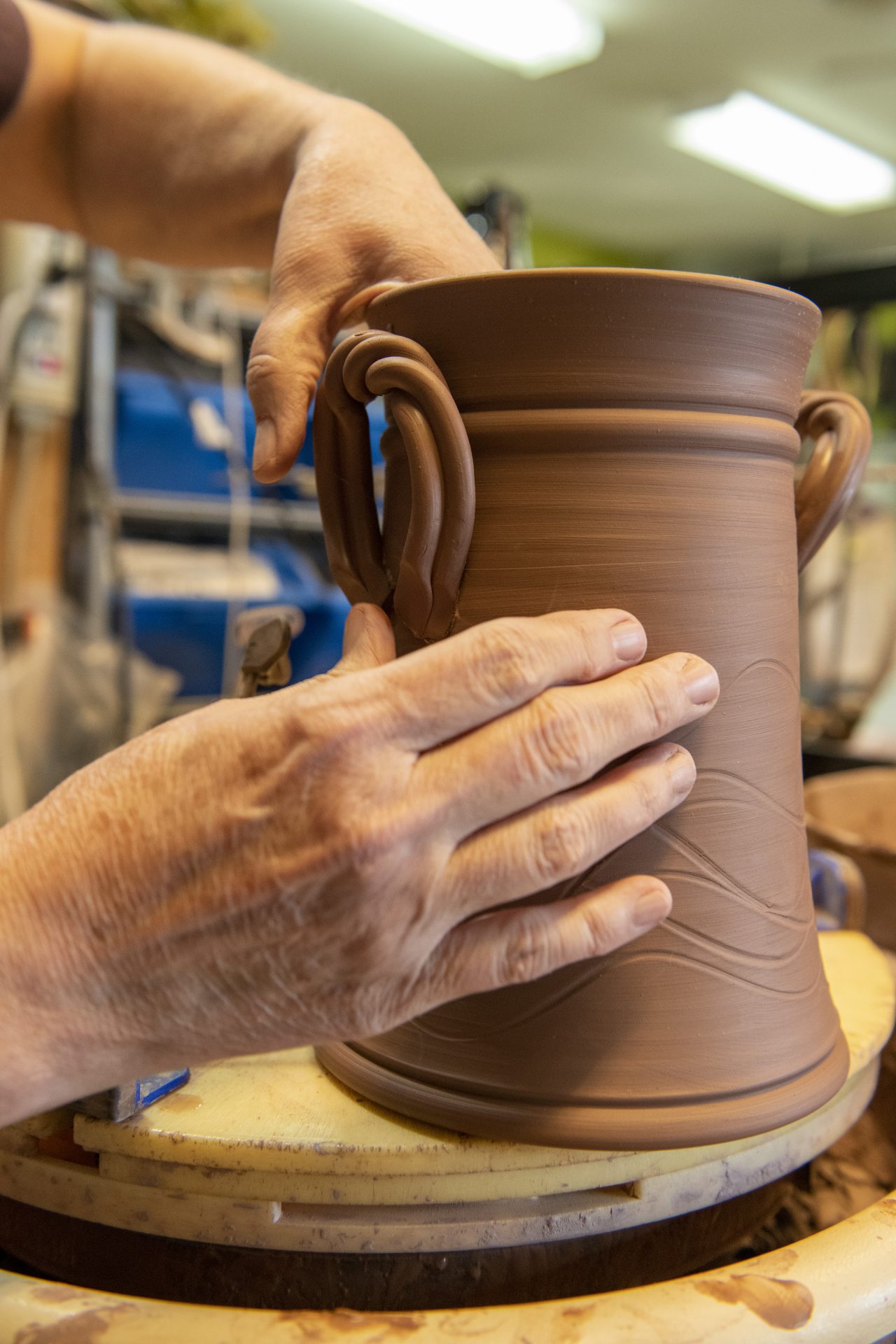 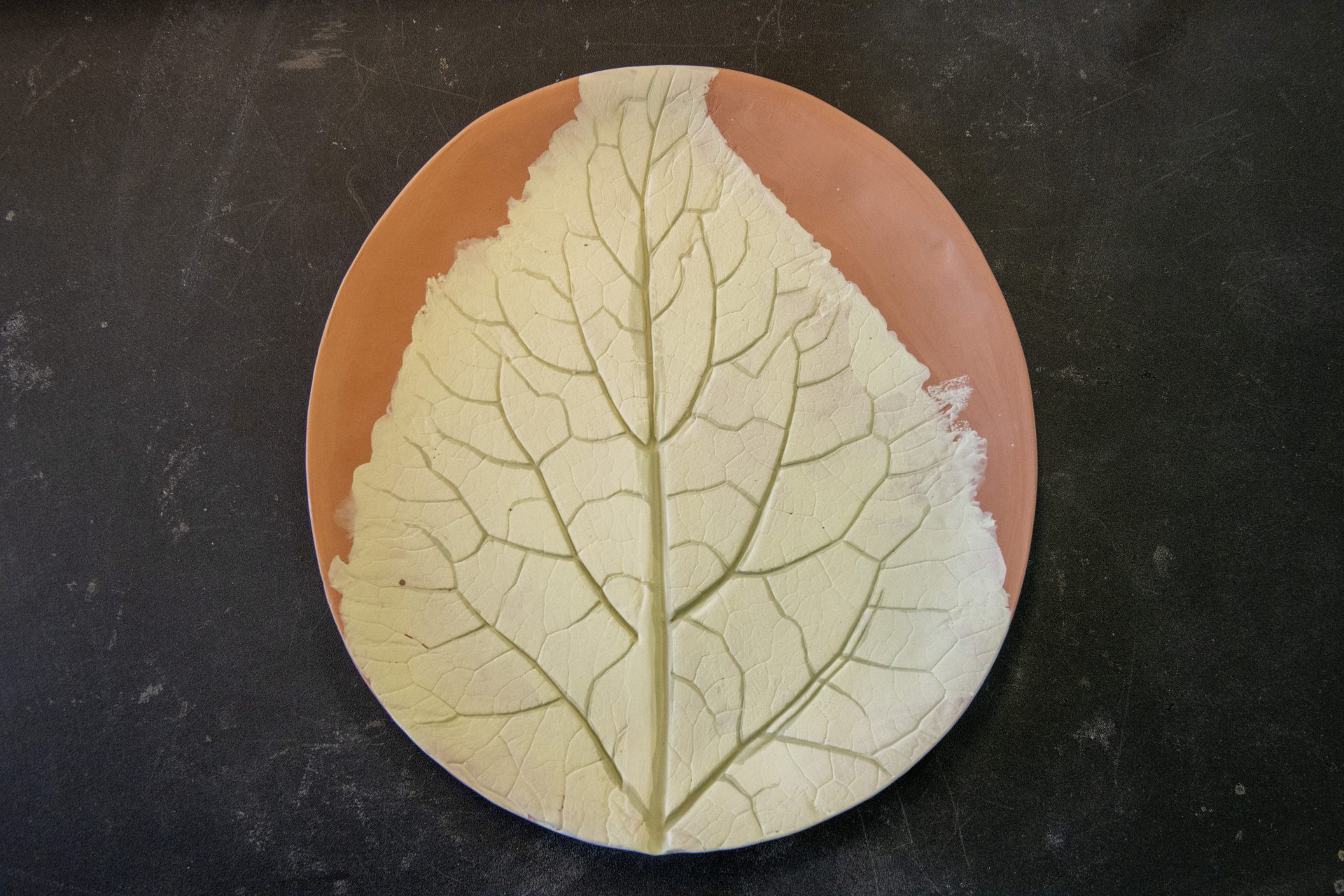 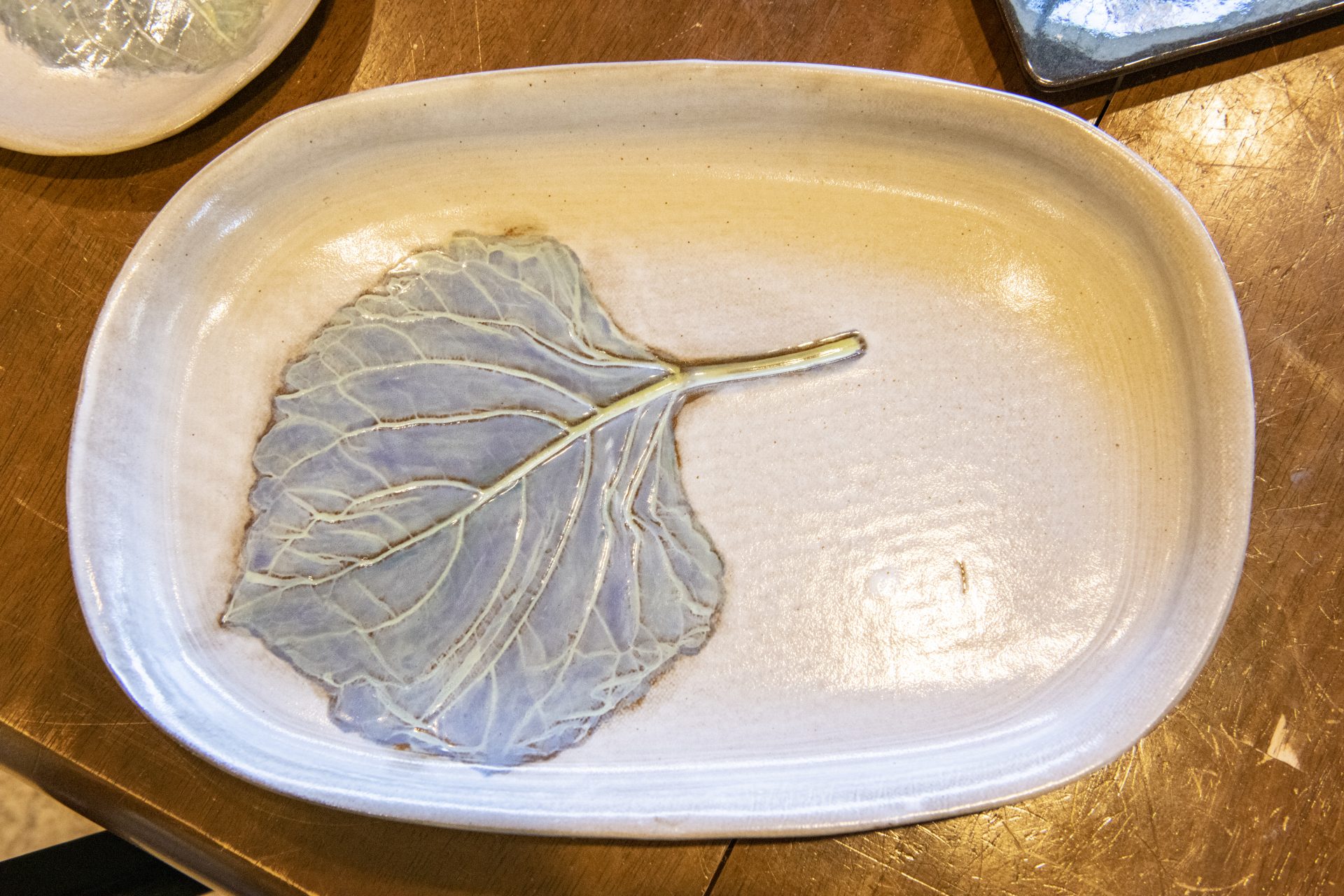 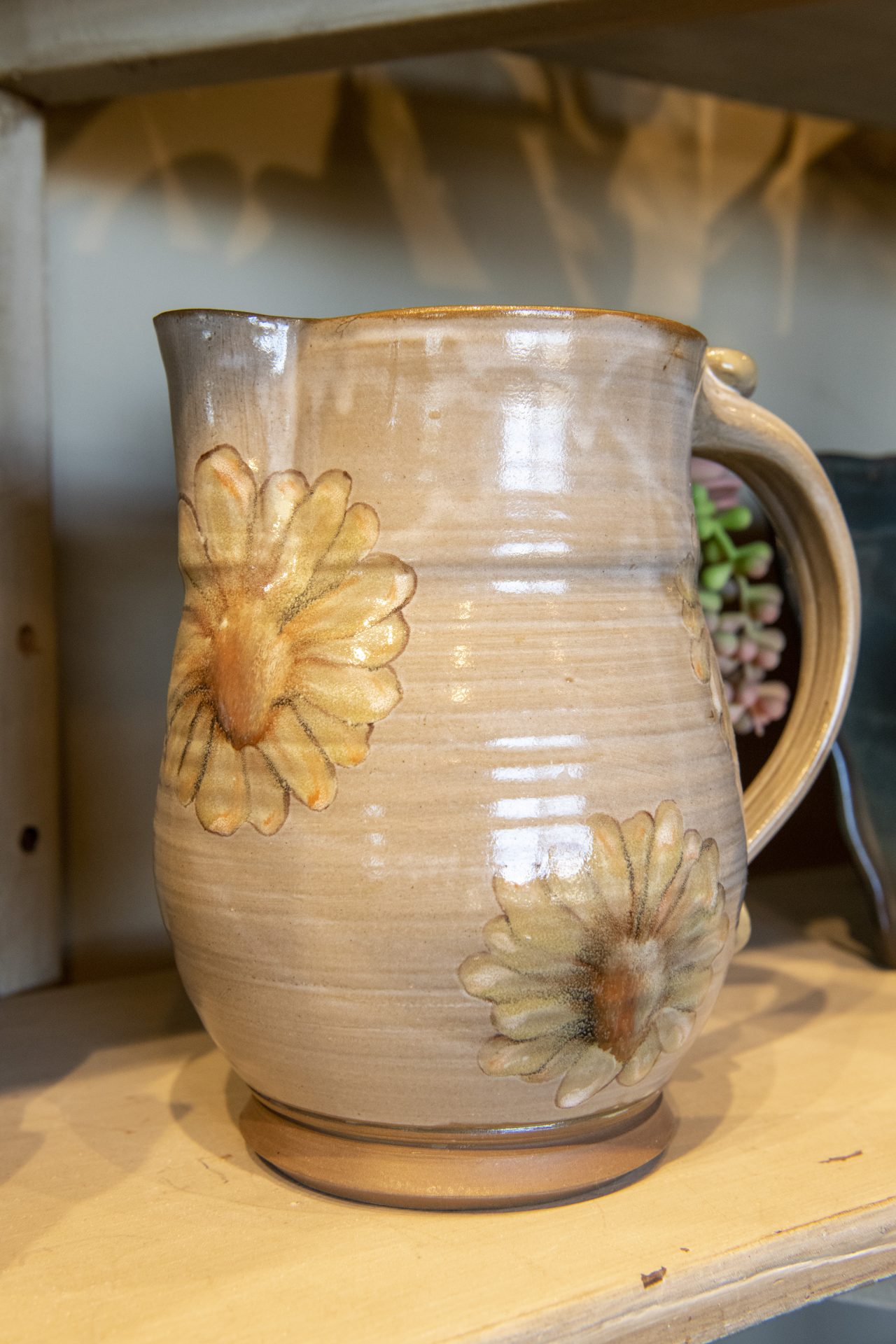 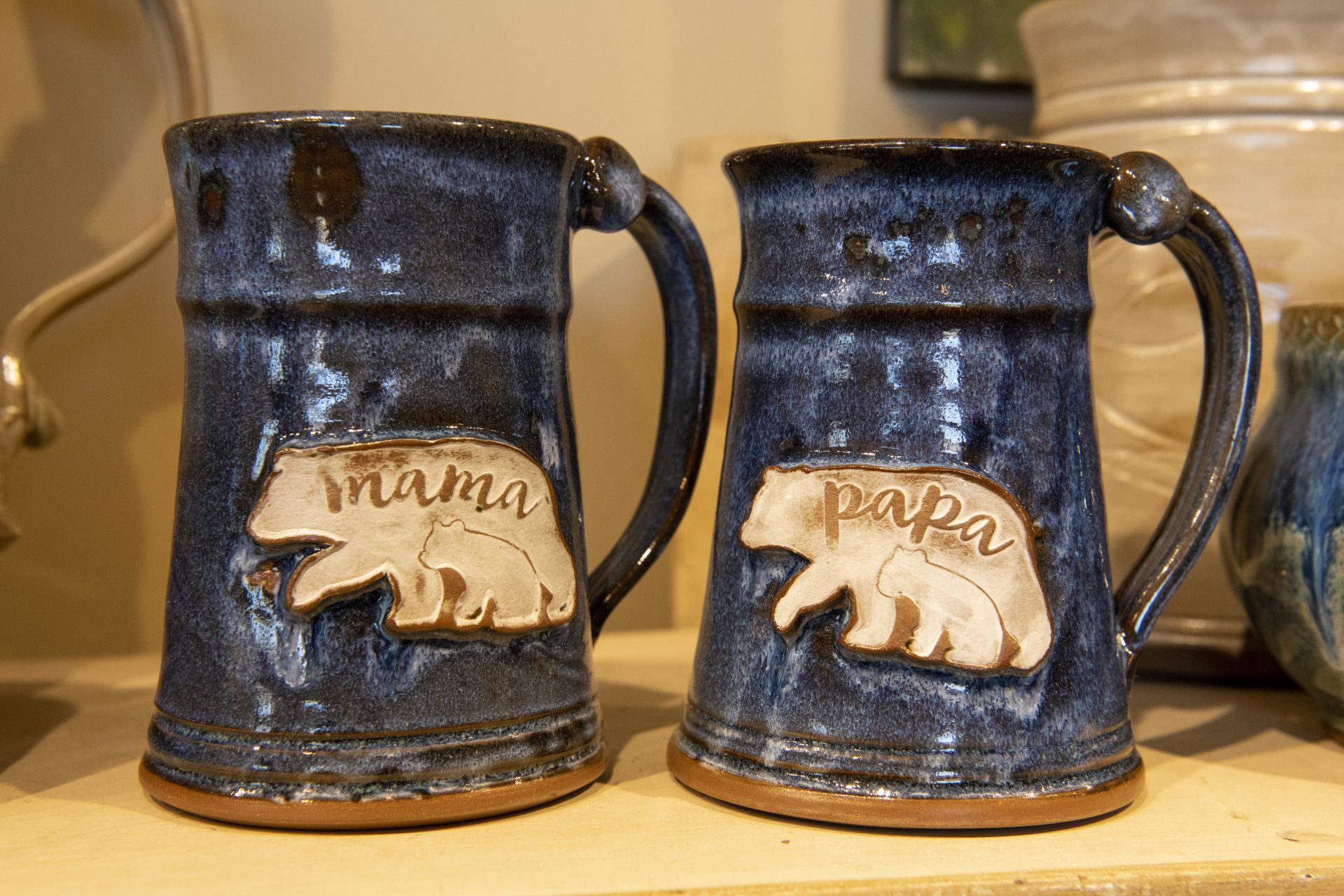 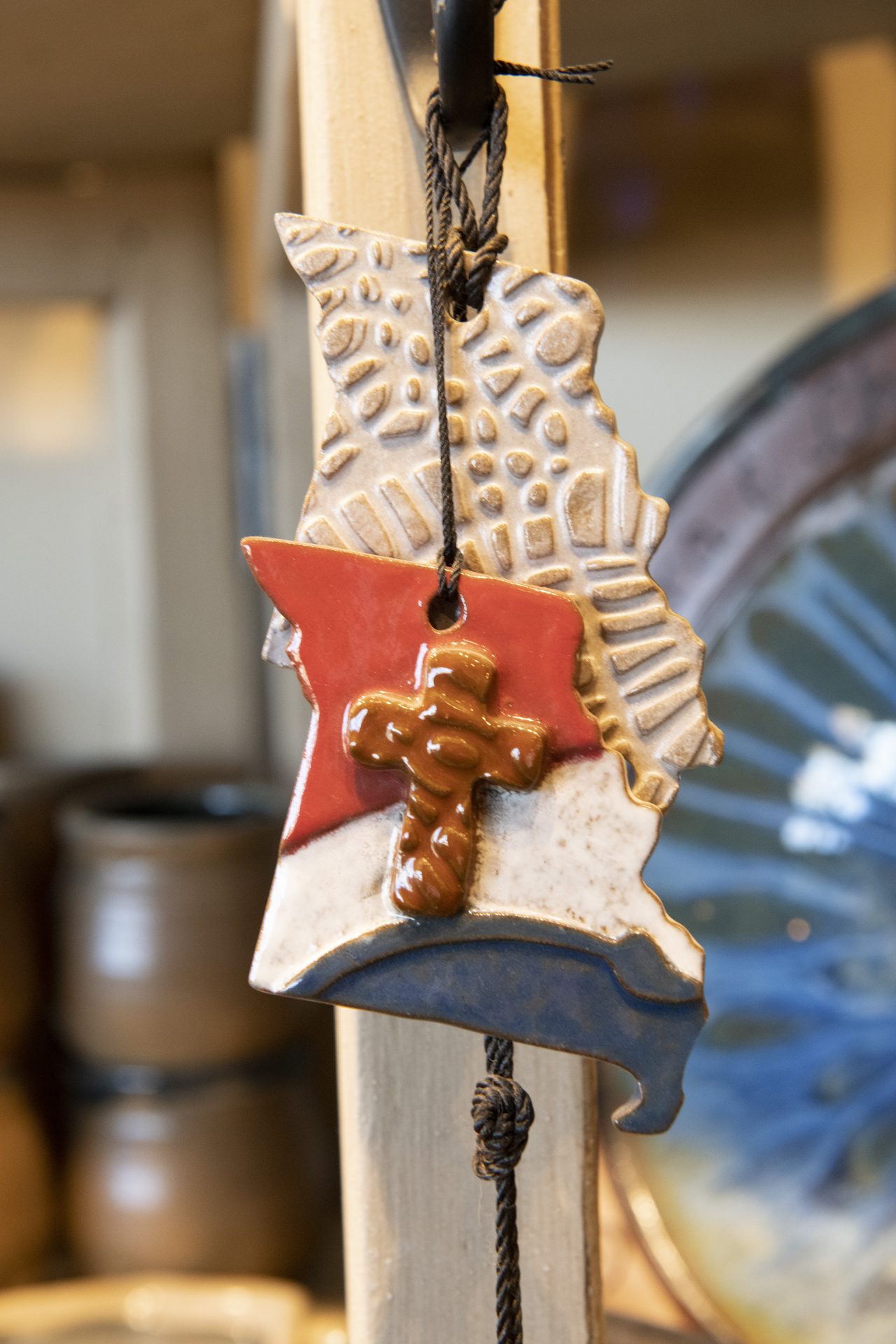 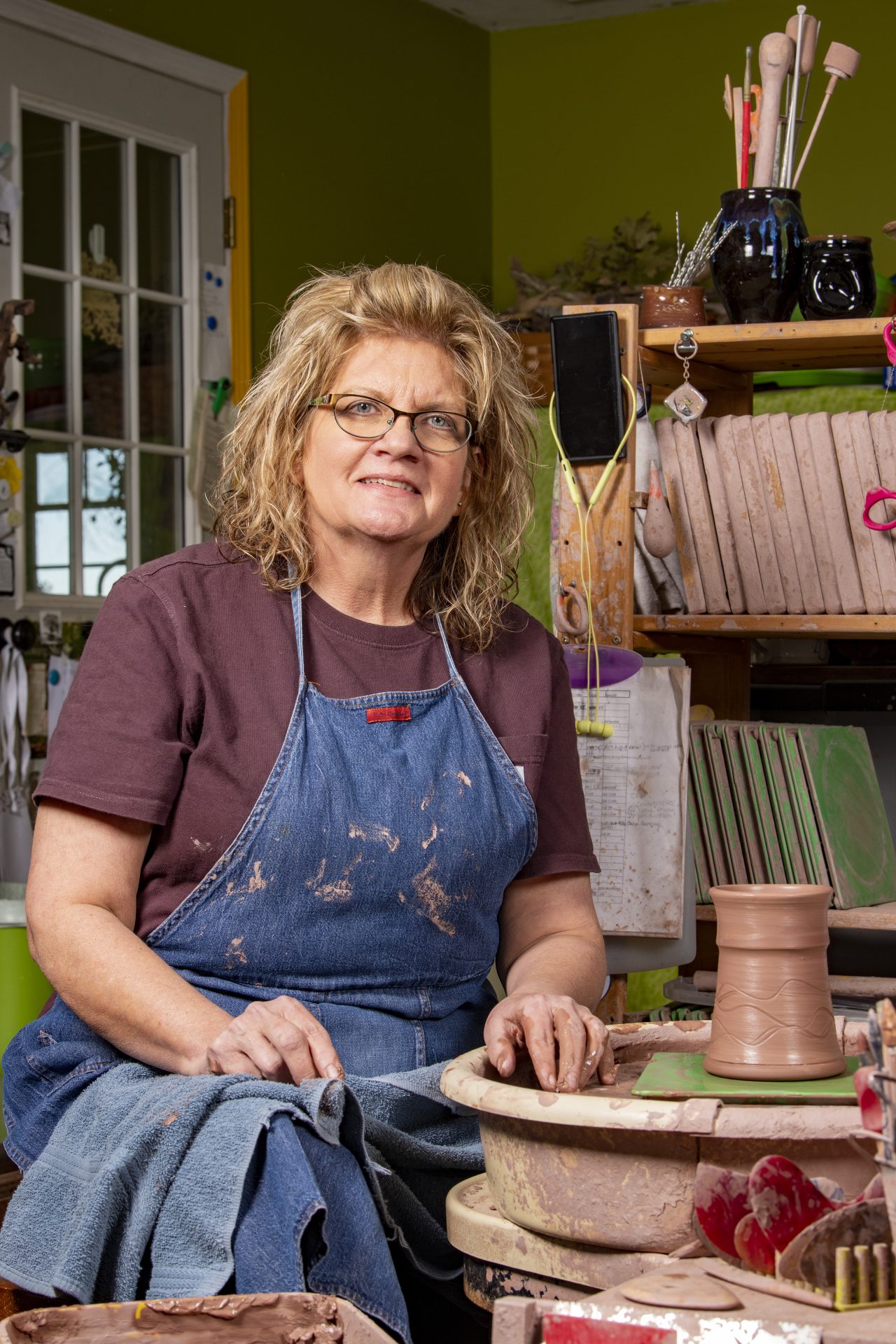 As a Best of Missouri Hands member, part of Tresa’s mission is to pass down her skills to new potters. She’s taught local 4-H students in her studio as well as formal classes at her alma mater. Community colleges, she says, should be a first stop for anyone seeking to try their hand at the craft. Or find a local potter like Tresa. For 15 years, she worked as a visiting craftswoman at Silver Dollar City’s Harvest Festival. And, like her mentor Jeff before her, she’s taken on apprentices who had the passion and like the clay she works with, but just needed a guiding hand to help it take shape.

“I always feel like when I do this if I can touch one life and make a difference, it makes it worthwhile. There are always those children that don’t play sports or sing, but ‘art, wow, I didn’t know I could do that,’ ” she says. “I had never envisioned touching clay, but it spoke to me the first time I touched it. It truly started a new life for me.”