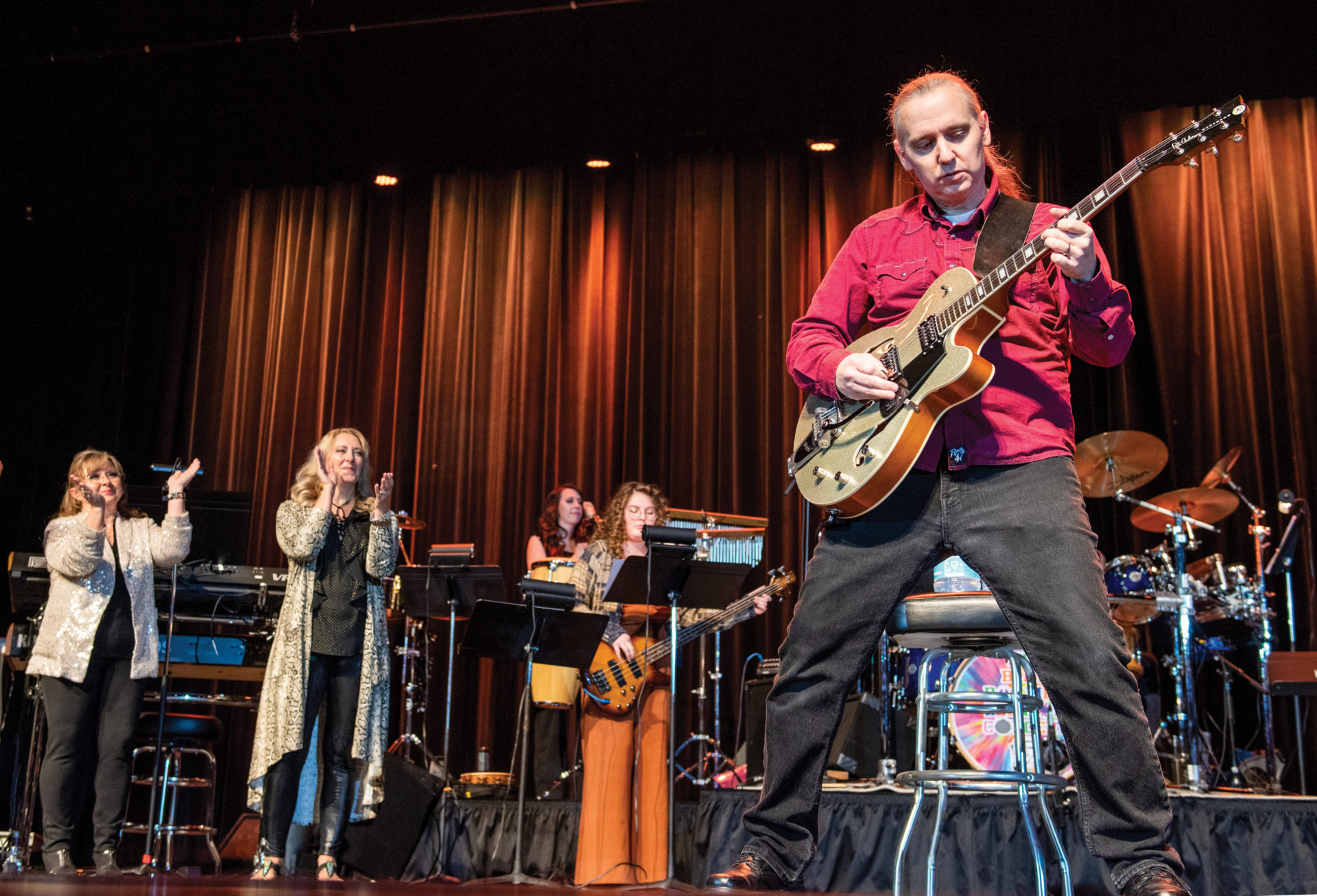 Kevin White is known for blowing his own horn — a trumpet, that is. But when you ask him how the Baby Boomer Reunion Concerts began 19 years ago, it takes other musicians to  toot the director’s horn.

“He writes every single note of every single song we perform — every vocalist and band member, even for instruments he doesn’t play,” says Lindy LaChance, a 14-year veteran drummer and bass guitarist for the group which eventually officially became the Baby Boomer Reunion. “That’s someone who absolutely loves what he does.”

As the chair of the Mineral Area College Music Department in Park Hills, Kevin lives and breathes his passion for all things musical.

When the Farmington Centene Center performing arts venue was built in 2003, Kevin advised the owners to round up local talent for the first concert at the performing arts
center. The owners loved the idea and Kevin gathered local vocalists and musicians for what he thought was going to be a one-shot performance. 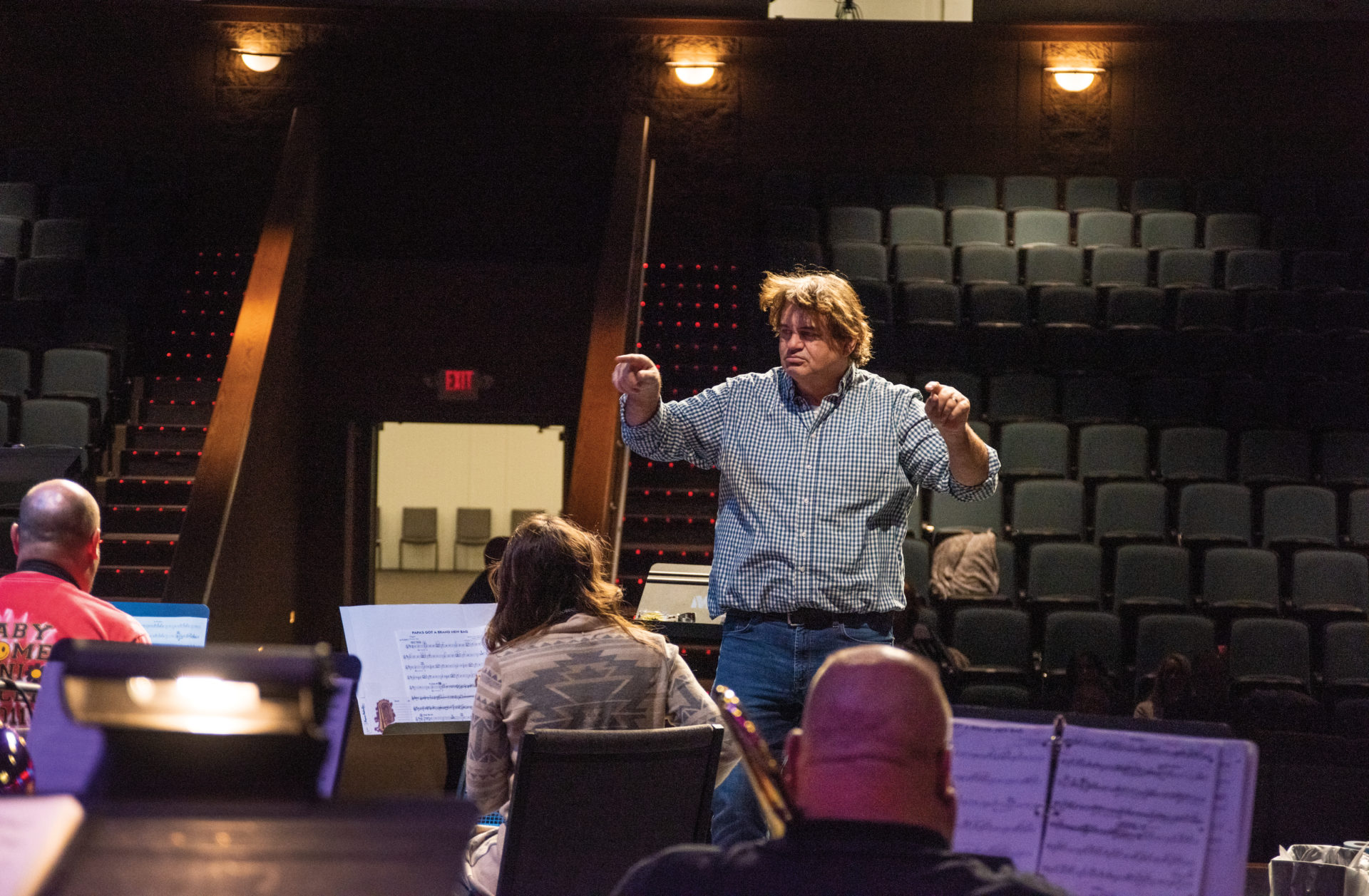 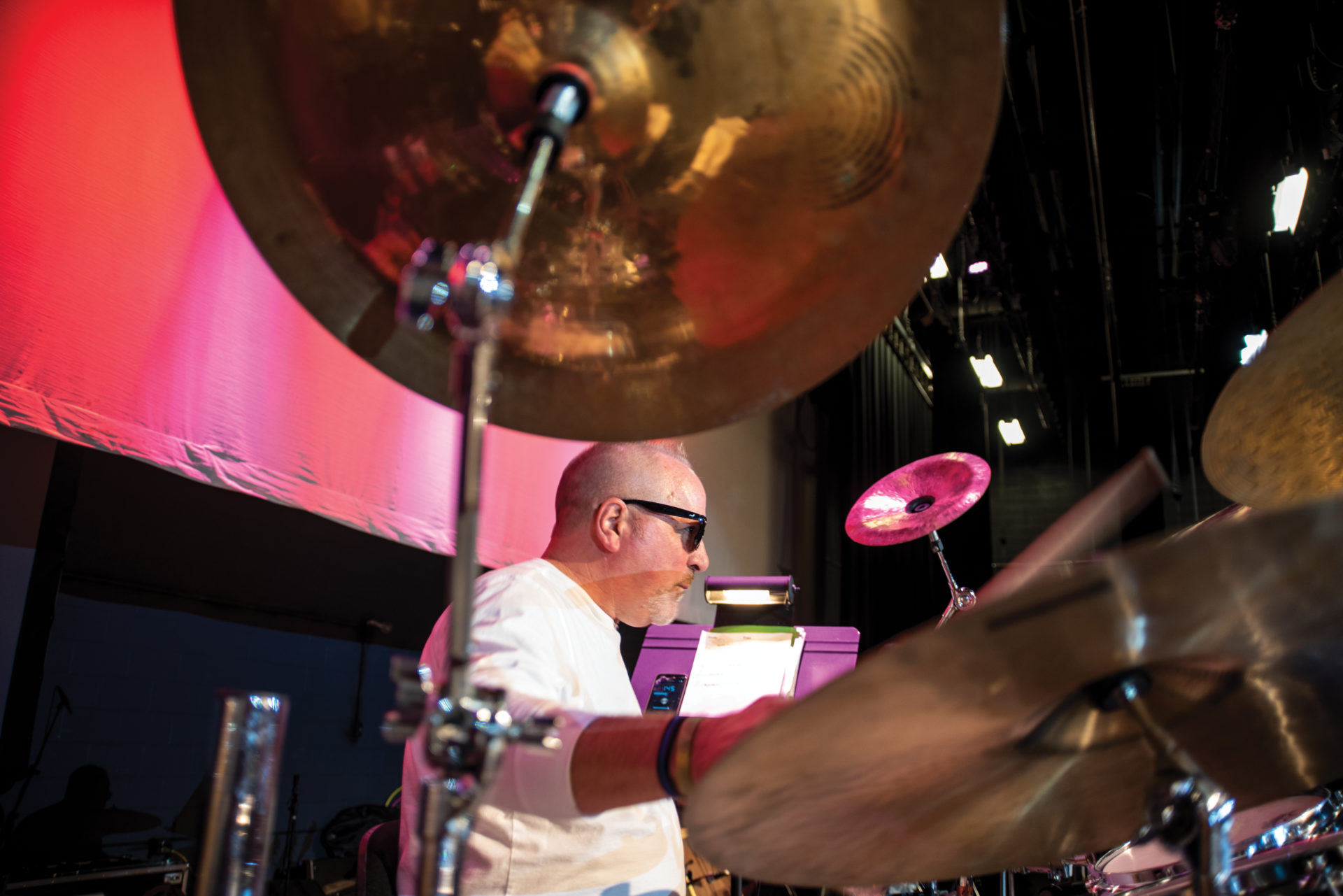 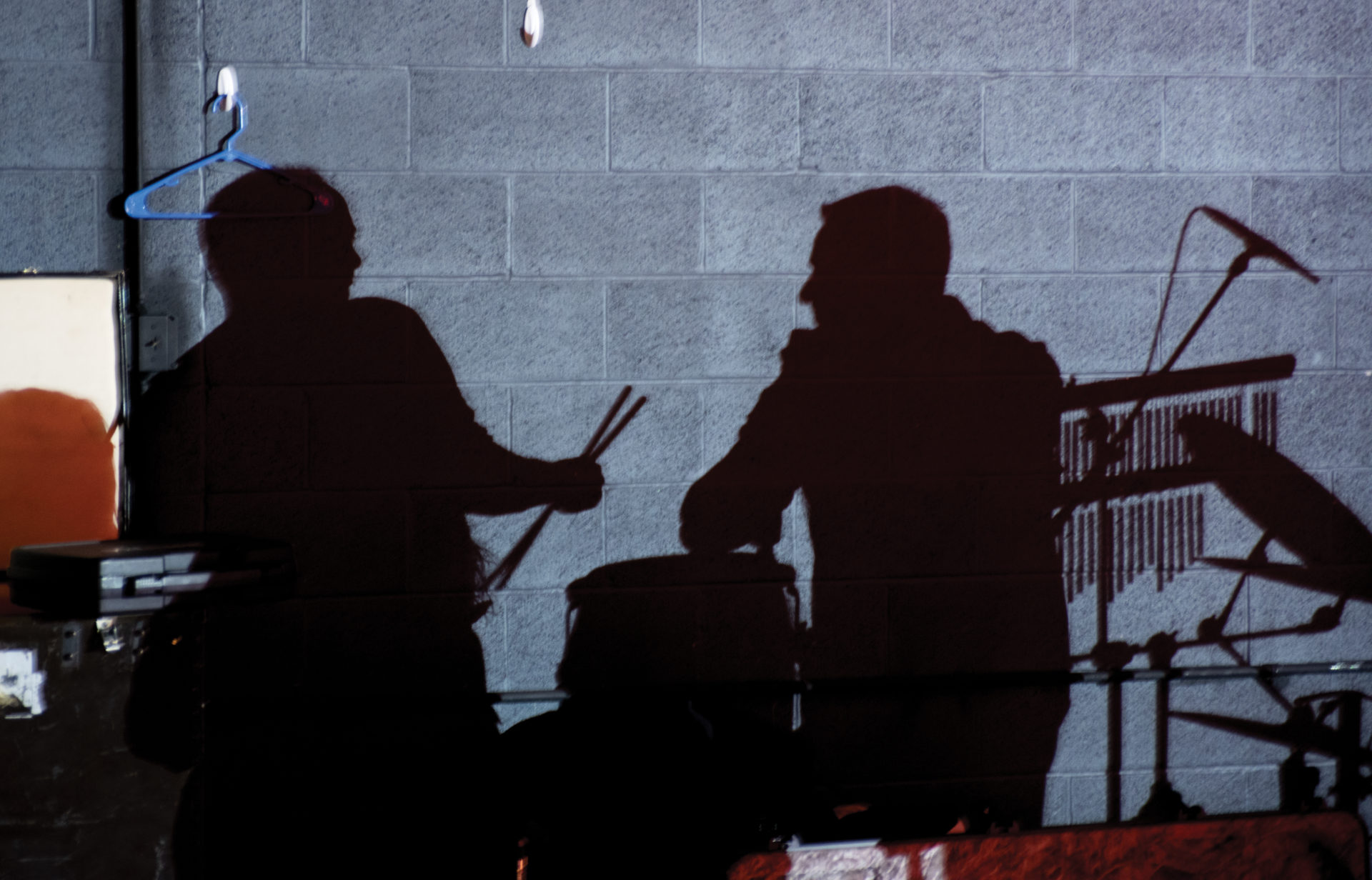 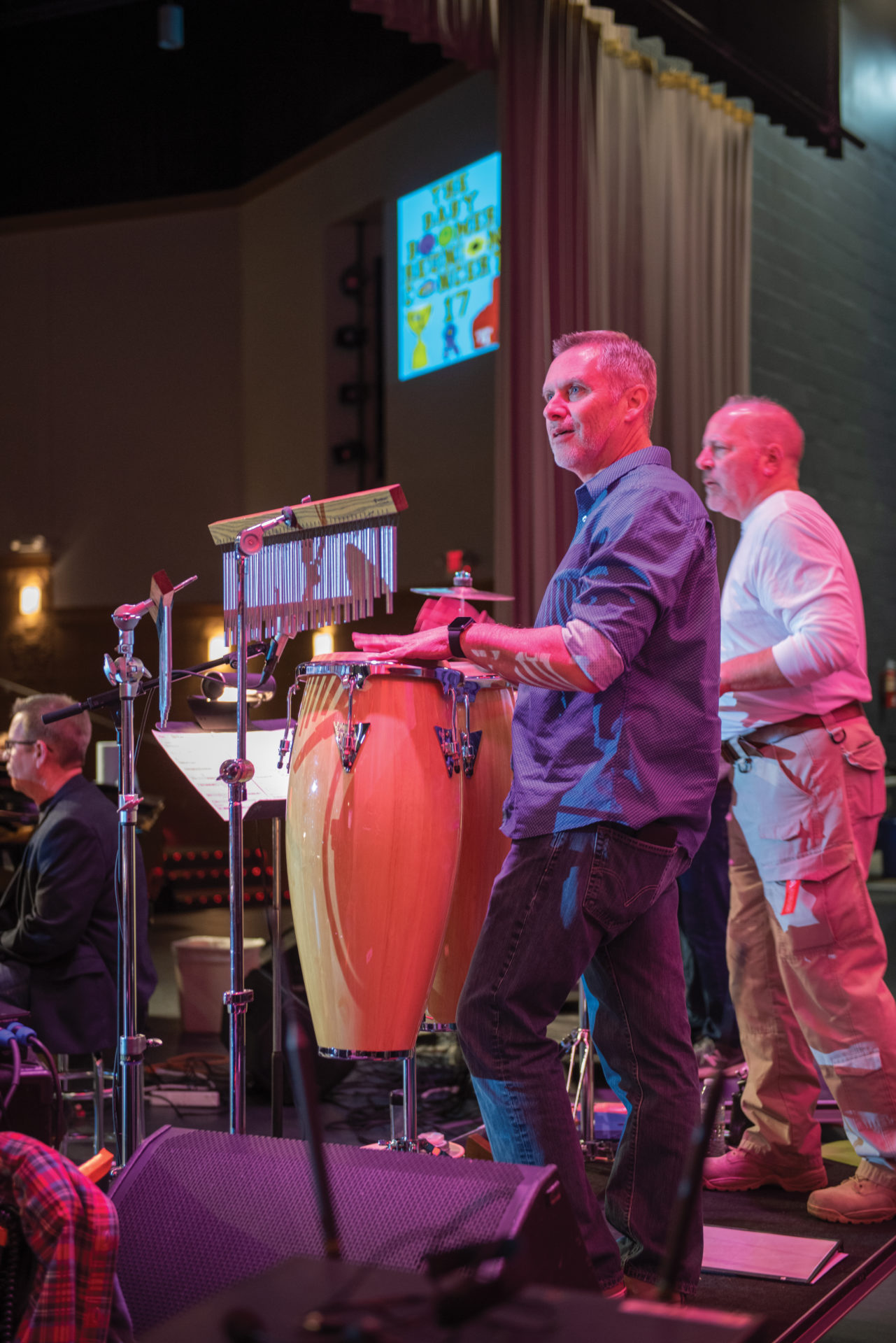 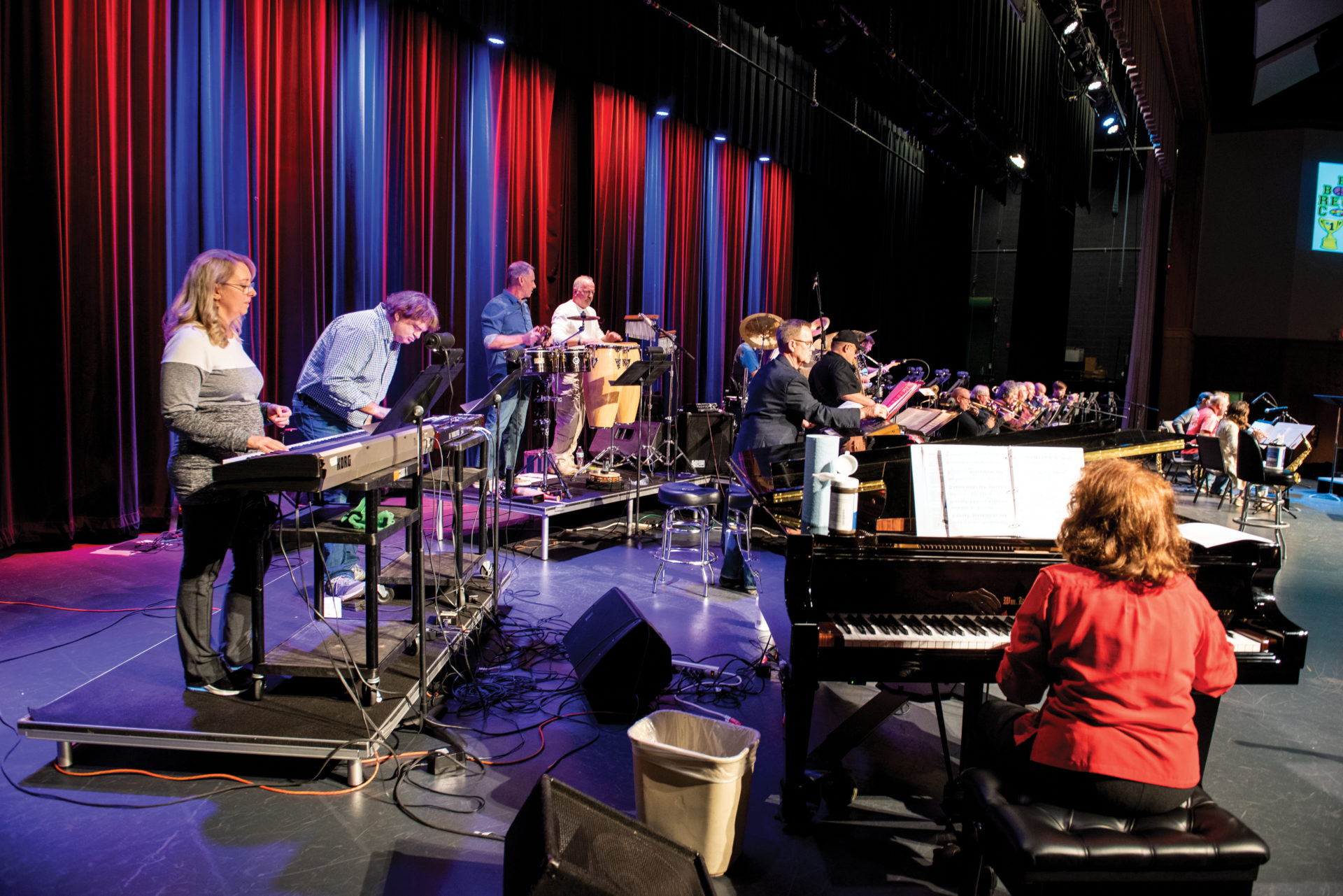 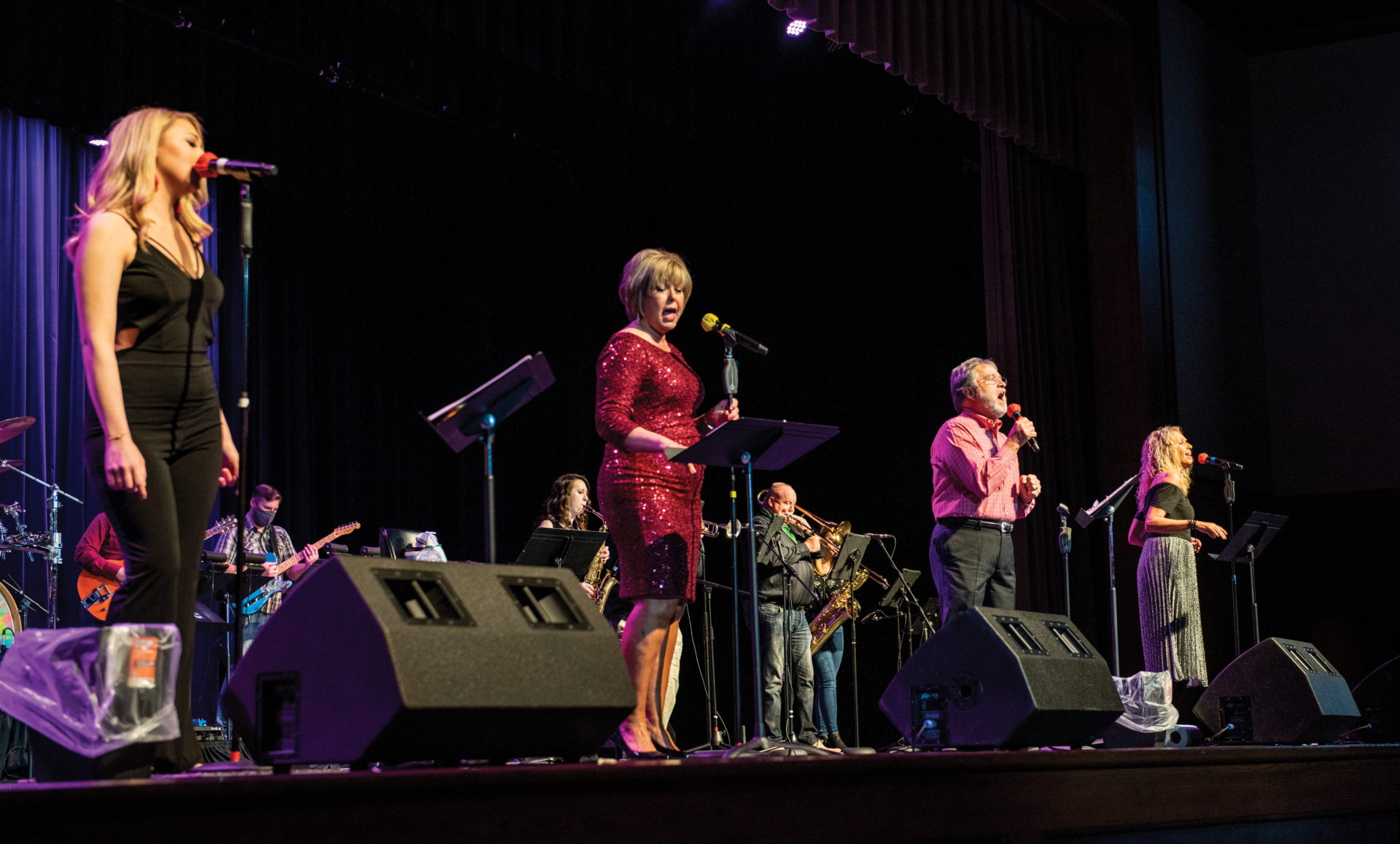 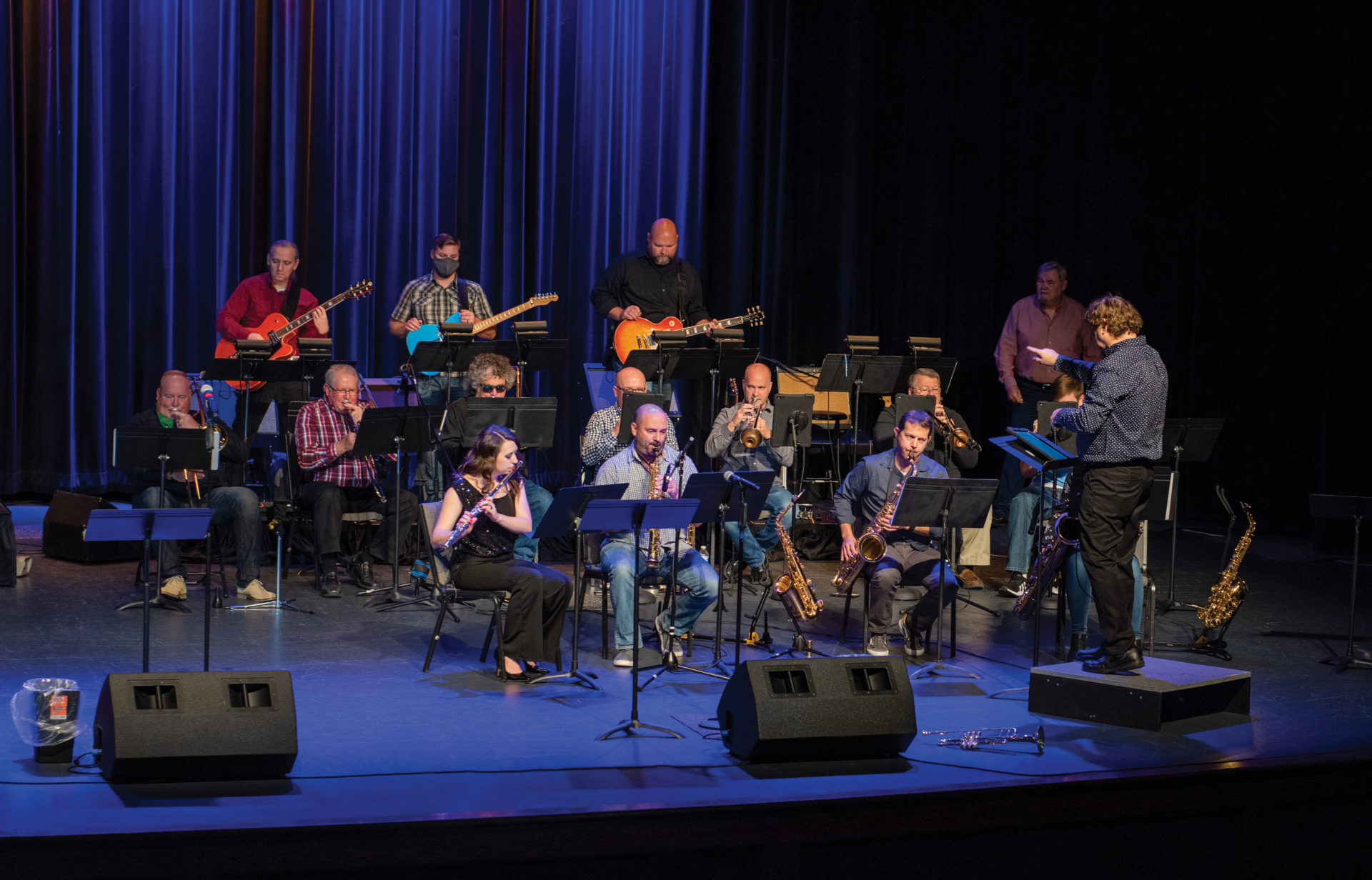 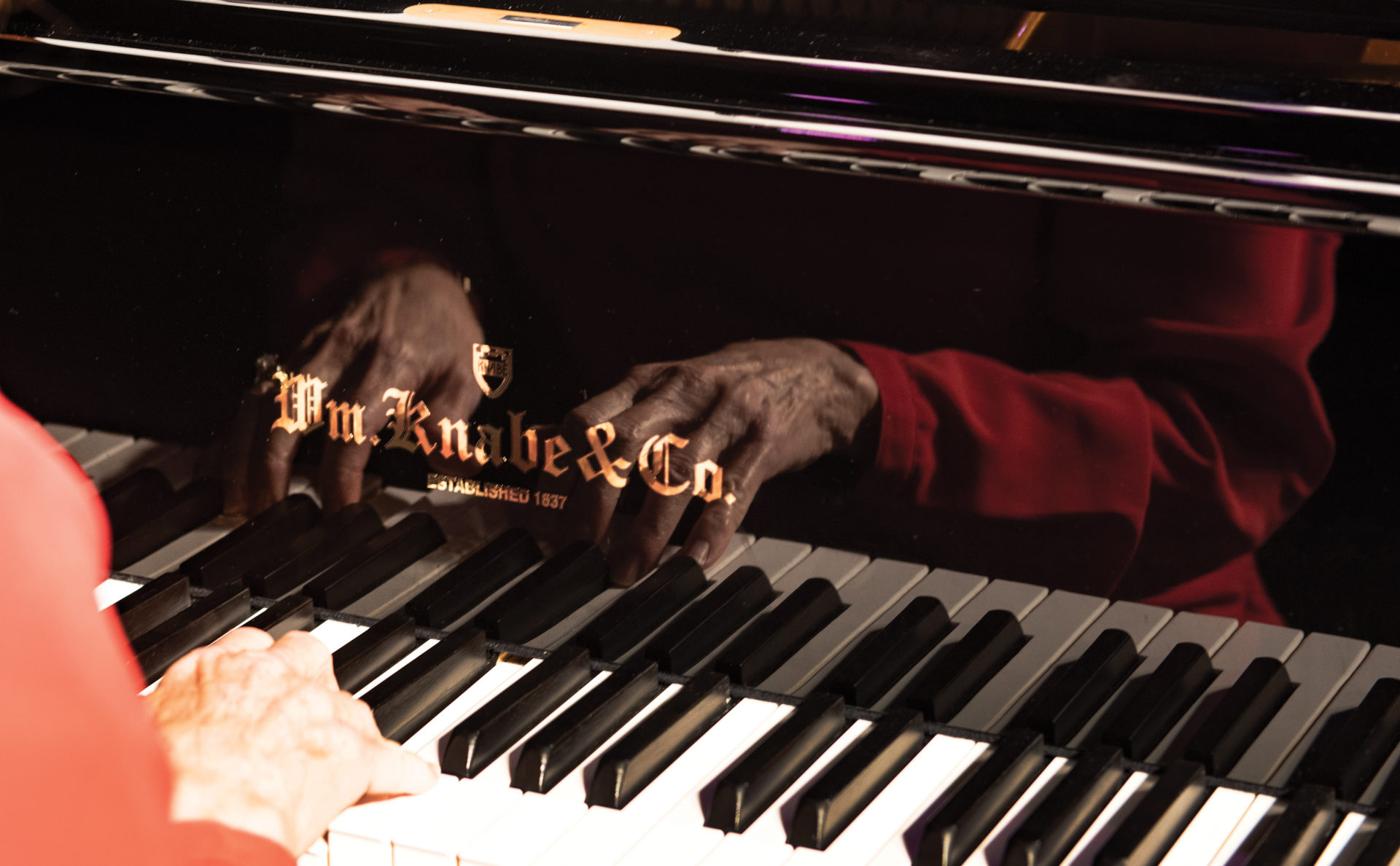 For the first concert, the group of 75 volunteer singers and band members set out to replicate hits by the popular music group Chicago.

“A lot of people didn’t know about the new performing arts center and without advertising we still had about 250 people show up,” recalls Kevin, adding the venue holds 750.

Word about the concert soon spread and people asked for the performance to be held again.

With so many performers coming in from out of state, that was unlikely, but Kevin was happy to commit to the following year with a new lineup of songs to perform.

The following summer, the performers met again. To keep the group manageable, it was decided performers needed to be Mineral Area college alumni who are vocalists or instrumentalists.

“We keep the group at 50 members now,” says the director, noting there is a waitlist of talented vocalists and musicians who would like to join. “Unless someone steps down and leaves a vacancy, we don’t add to the group. Replacements are filled with someone in the same skill set.”

The group now performs three concerts the first weekend in August, with the exception being 2020, when the concert was postponed until November due to COVID-19 concerns.

It wasn’t until 2005 the group began going by Baby Boomer Reunion Concert. The name reflects the fact all the music performed comes from 1955 to 1984. Kevin comes up with the concert’s theme and scours an average of 2,000 songs fitting the theme. He then offers the group 200 songs to consider. Vocalists choose their top five and the band chooses their faves for specials, leaving Kevin to make the final assignments.

“My wife, Rheannon, is very understanding of 1,500 hours it usually takes away from the family during the year to prepare for the concert,” says Kevin, adding that yes, his wife was indeed named after a Fleetwood Mac song. “But she’s also a band member, so she knows what it takes to make this work on every level.”
Early on, the director personally burned CDs and delivered them to performers. PDFs and electronic delivery methods now help with that part of the planning.

From nightclub singers to gospel vocalists and classical musicians to heavy metal guitarists, this musical menagerie has it all.

Because many of the singers and musicians don’t live in the area, the group only holds one practice.
“We start about 6 p.m. the day before we hold the first performance,” says Kevin, “and we’ve been here until 2 a.m. sometimes.”

With concerts being delayed last year, the crowd was smaller than usual. Before 2020, the group got within 30 seats of selling out the potential 2,250 seats from the three performances combined.

“We’ve had people camp outside the Centene Center to make sure they get tickets. That’s cool but crazy,” says Lindy, a former Black River Electric employee.

Ticket prices have been held at $12 since the concerts began nearly 20 years ago, making the often 3-plus-hour musical collaboration a bargain.

For Alan Berry, the concerts are a family affair. His wife, Marilyn, daughter, Alayna, and his two brothers, Doug and Steve, all participate.

When he’s not singing, Alan serves as chaplain for a hospice in the Farmington area and is also part of the Berry Brothers, a gospel group.

“This is like a reunion for everyone involved. We’re one big musical family and we have a lot of fun,” says Alan.

A highlight each year is the medley Kevin puts together: 1-minute clips from 30 songs meshed into one fast-as-lightning performance.

“This really is our gift to the community,” says Kevin. “We love that the audience knows nearly every song and sings along. It’s a great time.”

Tickets for this year’s Baby Boomer Reunion Concert can be purchased in person at the Farmington Centene Center in Farmington on July 1 starting at 8 a.m.; phone orders begin at 11 a.m. the same day by calling 573-756-0900. Concerts are set for Aug. 7-8. For more information about the group, contact Kevin White at 573-518-2170 or by emailing kwhite@mineralarea.com.